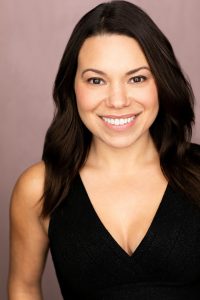 Today we’d like to introduce you to Gloria Garayua.

Hi Gloria, we’re thrilled to have a chance to learn your story today. So, before we get into specifics, maybe you can briefly walk us through how you got to where you are today?
I was born and raised in the Bronx in New York City to two Puerto Rican parents Gloria and America Garayua, both from Ponce, Puerto Rico. I attended St. Nicholas of Tolentine Elementary School where I first started acting as the Angel in my kindergarten school play, followed by a new play every year. I was obsessed with performing. I think my favorite part about performing on stage as a kid was the twinkle in the lights. It was very pretty, and it blacked out the audience so I wouldn’t have to see all those eyes on me. I just could focus on hearing them laugh and feel their energy. I quickly became addicted to that feeling.

Later, I attended St. Catharine’s Academy High school, where I participated in school plays and choir performances, as well as being active in the drama, music, and ecology clubs. I loved high school. I was good at it and very active in everything. I got good grades and had a fun social life. I also had a part time job at a shoe store and felt very “grown up”.

Of course, college kicked my ass! I attended C.W. Post, Long Island University where I received my B.F.A. in Acting and graduated Summa Cum Laude. I took 21 credits a semester for the most part, plus worked a work study job, was a resident assistant, and had to fulfill all those hours at the theatre putting up lights and working “crew”. College was seriously no joke. In sophomore year, my portrayal of Ariel in “The Tempest” earned me an Irene Ryan Nomination where I placed 1st National Alternate at the American College Theatre Festival! That was my first real taste of acting success, and I liked it. Immediately after college, I embarked on a national tour (“Great Scientists Throughout the Ages” by the National Theatre for the Performing Arts), and two regional tours “Halfway There” with the Periwinkle National Theatre Company, and various plays in repertoire with the George Street Playhouse Touring Company in New Brunswick, NJ.

Afterwards, I settled back to NYC where I worked consistently in theatre doing both plays and musical theatre throughout the NY and NJ area while constantly in acting and dance classes. In NYC, I landed the role of “J” in NYC’s Off-Off-Broadway hit “Mono” (Critic’s Pick of the week by Time Out NY, Paper Magazine, and NY Magazine). While still living in NYC, I was cast in “Two Sisters and a Piano” by Nilo Cruz at the Old Globe Theatre in San Diego, CA. Having had great success in NYC, I tried my luck on the west coast. Immediately after the play ended, I got an audition for Jim Carrey’s “Fun With Dick and Jane” starring himself and Tea Leoni, and I landed the role of “Blanca”, Mr. Carrey’s nanny. It was my FIRST Los Angeles audition! Then, I went on to book a Guest Star in the long-running TV drama series NYPD Blue. That was my SECOND audition! Since then, I have continued to work on TV shows and films. I have strived to get to that “series regular” role that gets picked up to series.

In 2016, I booked the lead of “The Fluffy Shop”, an ABC pilot starring comedian Gabriel Iglesias. I played the role of his wife. I was over the moon thrilled! But sadly, the show did not get picked up. I did not give up on my dream of working as a series regular. I finally landed a great series regular role in Sony Studios “Reckoning”, which aired on Netflix in the summer of 2020. In addition, in the fall of 2020, I booked the role of “Felicia Machado”, a District Attorney in an independently funded pilot called “Badwater”. It is still unknown where the pilot will end up but it was a great role and I hope to hear from them soon that we will go to series. And now, I find myself auditioning for huge roles in great projects that I could only have dreamed of at one point. I speak fluent Spanish and intermediate French and play beginner piano. I enjoy listening to Reggaeton music, dancing to Salsa and Bachata, singing karaoke, and have two cats named “Felix” and “Beeker”.

Alright, so let’s dig a little deeper into the story – has it been an easy path overall and if not, what were the challenges you’ve had to overcome?
It has most certainly not been a smooth road. I started in this industry, now knowing where to start. I didn’t have any friends or family in Hollywood who could hold my hand throughout the process. I come from a humble hard-working Latino family. Acting felt other-wordly to them and frankly to me as well. Many of my family members had no idea why I wanted to be an actress or if it could even be possible. No one gave me too much of a hard time, but they did question me…for years! It didn’t deter me though and I knew they could see how serious I was about it. Acting also requires money to get started. Classes and headshots aren’t cheap. Los Angeles requires a car, another expense. I had SO little money when I moved to LA. It was such a struggle. I remember hanging on tightly to $10 in my wallet once just because I knew I needed that money for gas to get to my temp job that week.

I remember eating boiled eggs for lunch with a slice of cheese for taste, often. I remember having to say “no” to invitations to things just because I didn’t have the money that goes along with “hanging out”. I remember spending several nights alone, again because there was no money to socialize. I didn’t even have a bed for the first few months that I lived in LA. I just made a very comfy nest for myself with blankets and pillows on the floor. My first bed was an inflatable mattress and that deflated fast! I had to take all sorts of odd jobs at first. I worked as a clown in children’s backyard parties because it paid fast cash. I took any office temp job I could, obviously for the money, but also because it gave me a place to go everyday so I would force myself up and out of bed and out there in the world. LA is such a scary place when you first get here, especially when you don’t know anyone.

Eventually, when I had some money, I paid for bartending classes so I could get my certificate and bartend where I could: private parties, bars, and clubs. I waitressed both food and cocktails. I worked as a coat check girl. I catered. I taught beginner piano classes for a bit too. I did what I could (that was legal of course). I never had to turn to anything illegal. But, let me tell you, not having money to pay for basics caused lots of tearful nights. The hustle was real. In 2007, after I had a bit of success, meaning I had an agent, and I had already gotten some tv spots, my dad died. It was devastating. He had stage 4 cancer and he went from diagnosis to fatal in less than a year. That rocked my world. I obviously flew home to NYC to help out with things, but I was distracted from my work for a while, understandably. I don’t remember how long it took to drag myself to auditions again, but I do remember that those first few jobs after his passing aided me in the grieving process.

I remember one role was in “Henry Poole Is Here”, where I played a woman who was praying for the healing of one of the main characters who had cancer. Then I booked Grey’s Anatomy, and everything about that show required tears. Those tears helped me release some pent up sadness. And then I remember booking the lead in a musical that dealt with the death of a family member. Funny how the universe brings us exactly what we need, isn’t it? And the arts can be so therapeutic. Perhaps the quietest struggle is the internal one. The inner voice I have to force myself to have sometimes reminding myself that I am good, that I will work again, that I am an artist and that I have something to say and to contribute to this media. When some time passes between jobs, or when you haven’t heard a single person say something nice about your work for a while, you start to doubt. I have turned to affirmations and meditation to remind myself that I am enough and that I have what it takes inside me to produce art for this and many more lifetimes.

Thanks for sharing that. So, maybe next you can tell us a bit more about your work?
I am an actress. I am known for my work on Grey’s Anatomy, Seasons 4, 5, and 6, as Intern Graciella. I am also known as Detective Brianna Davis on “How To Get Away With Murder”, Season 3. Some may remember me from “Fun With Dick and Jane” starring Jim Carrey where I played “Blanca”. I also played Detective Cyd Ramos in Netflix’s “Reckoning”. Perhaps others remember when I played Rosie Perez’s sister on the International hit “Bounty Hunters”. I also have over 40 television appearances. I am most proud of my work on “Reckoning” because it was the first time I got a real taste at what it meant to be a series regular, working on set every single day, carrying several scenes, back to back, filming episodes out of order, learning a specific skill for the role (for that role it was shooting a gun), and learning how to self-care outside of work so that I could show up to work at my optimum. What sets me apart from the others is that I combine hard work with a strong love and passion for what I do, and because I am an acting teacher and coach as well, I have a strong understanding of how to break down a script, develop a character, and dig deep in research to get the job done.

How can people work with you, collaborate with you or support you?
I want to do more comedy. I dream of actually working on a children’s multi-cam comedy for Disney or Nickelodeon. I LOVE that kind of humor. It’s good, clean fun, and it reminds me of my theatre days on stage! In contrast to that, I’d LOVE to star in a RomCom!!! Seriously. I have always dreamt of that too. I’m just a romantic at heart. In another extreme, I also have a thing for thrillers and would LOVE to be in one of those! I have a lot on my bucket list, don’t I? It’s all achievable. No reason why not. People can support me by following me on social media and writing to me. It’s just one way that I can know how I am affecting people, and whether or not my work is reaching them, and how. 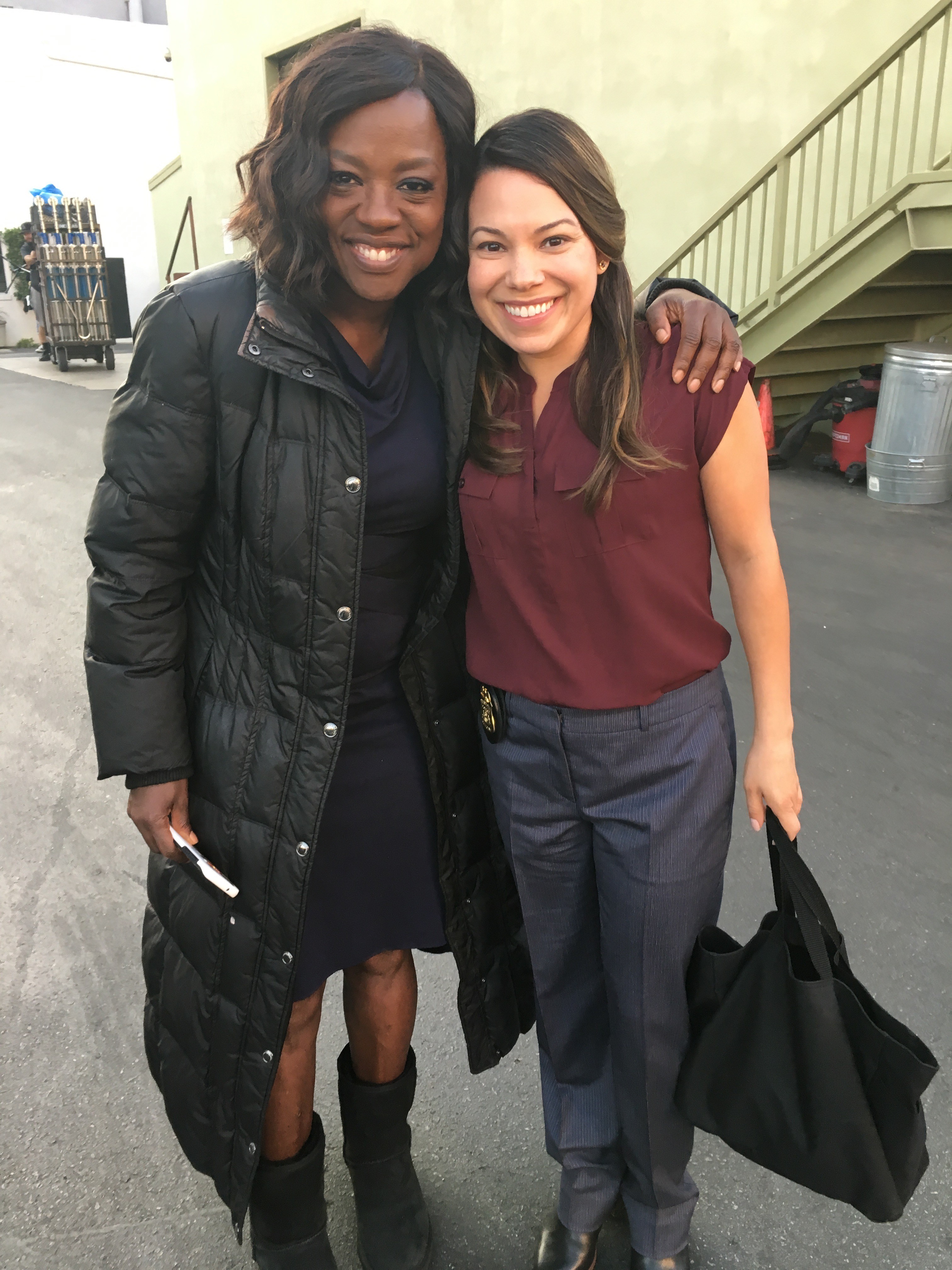 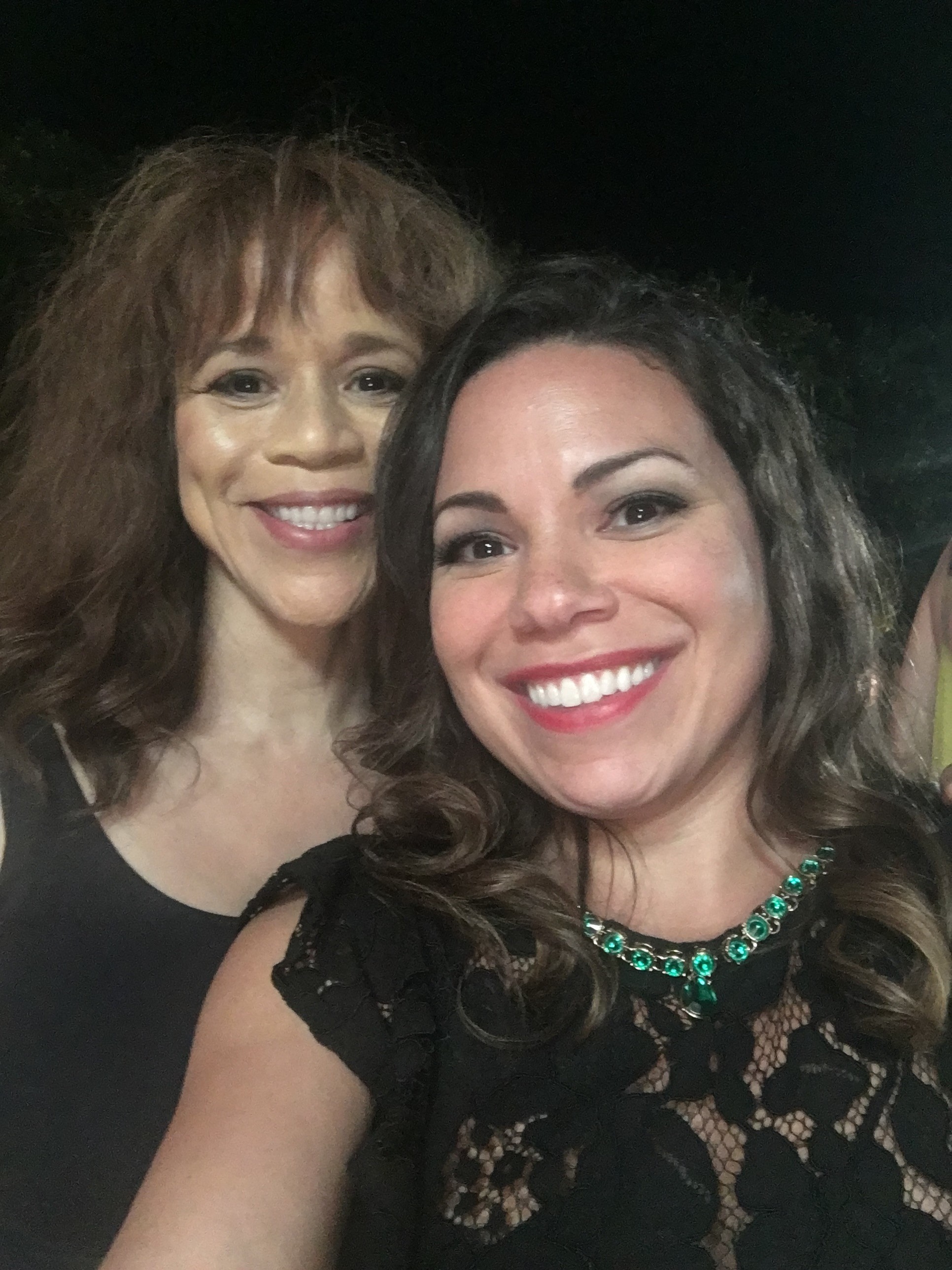 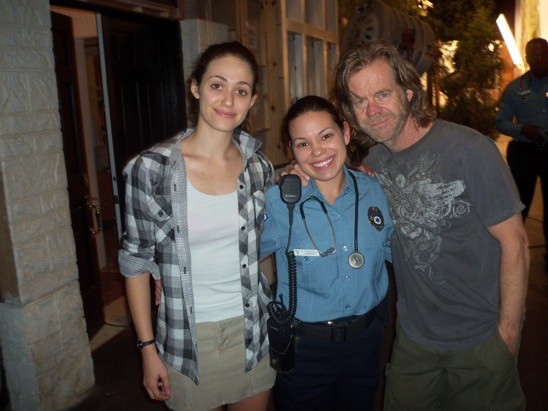 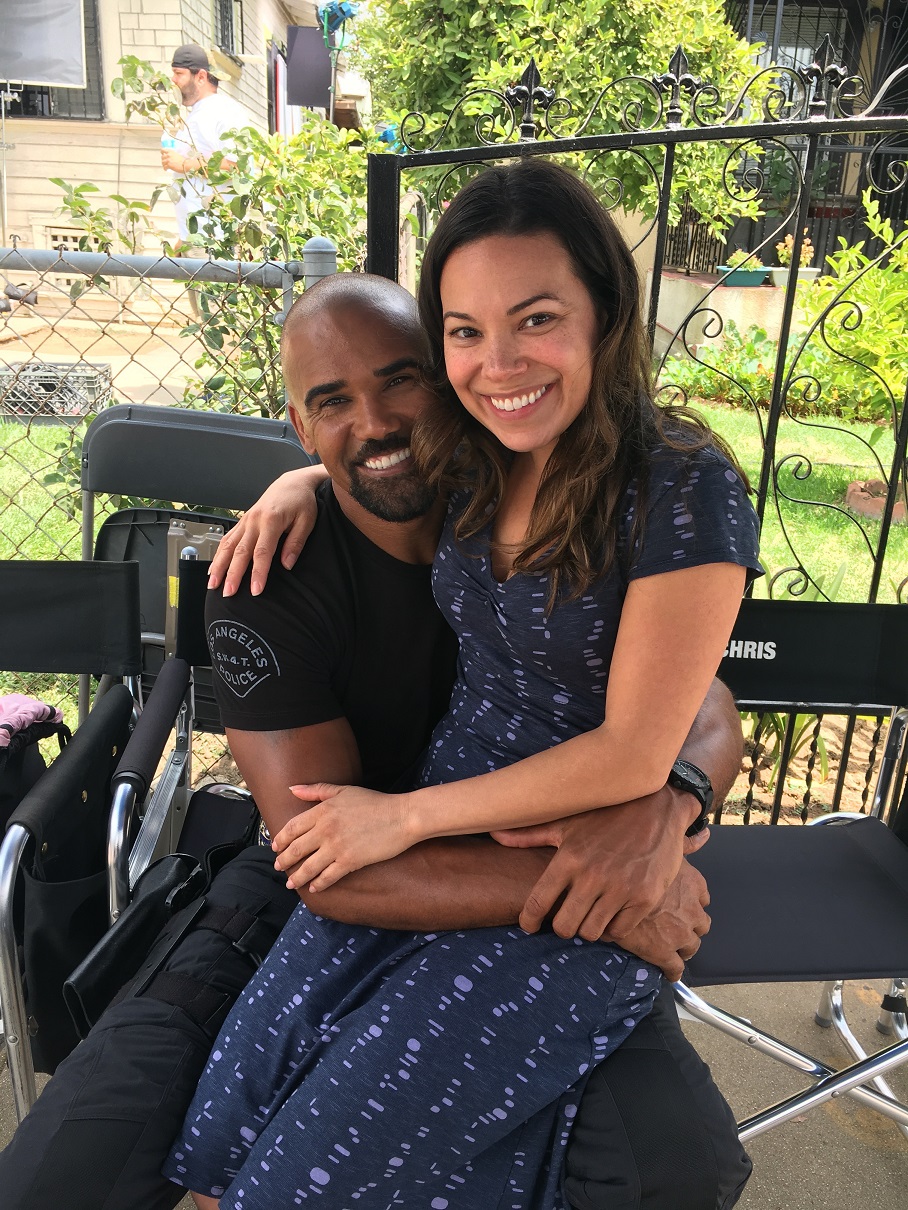 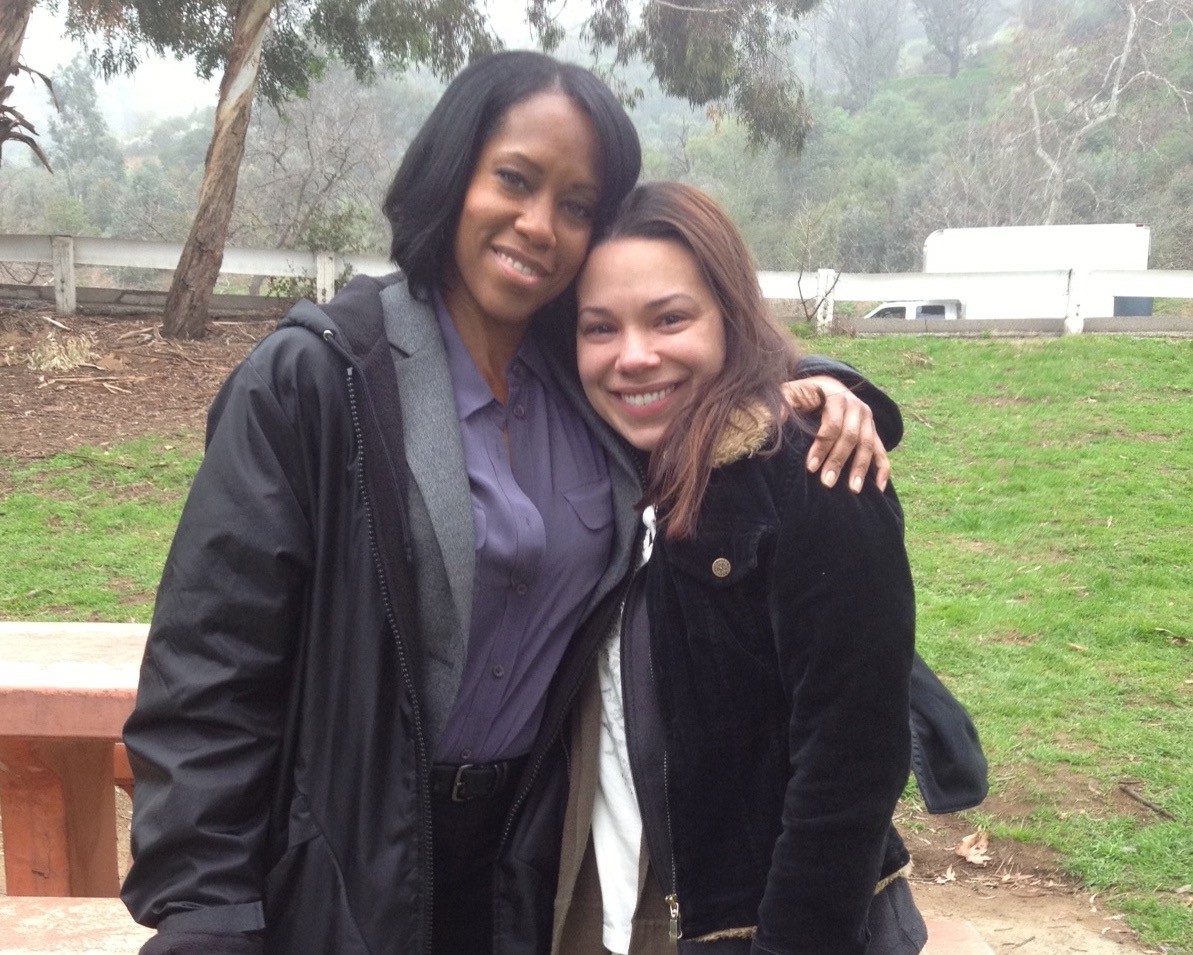