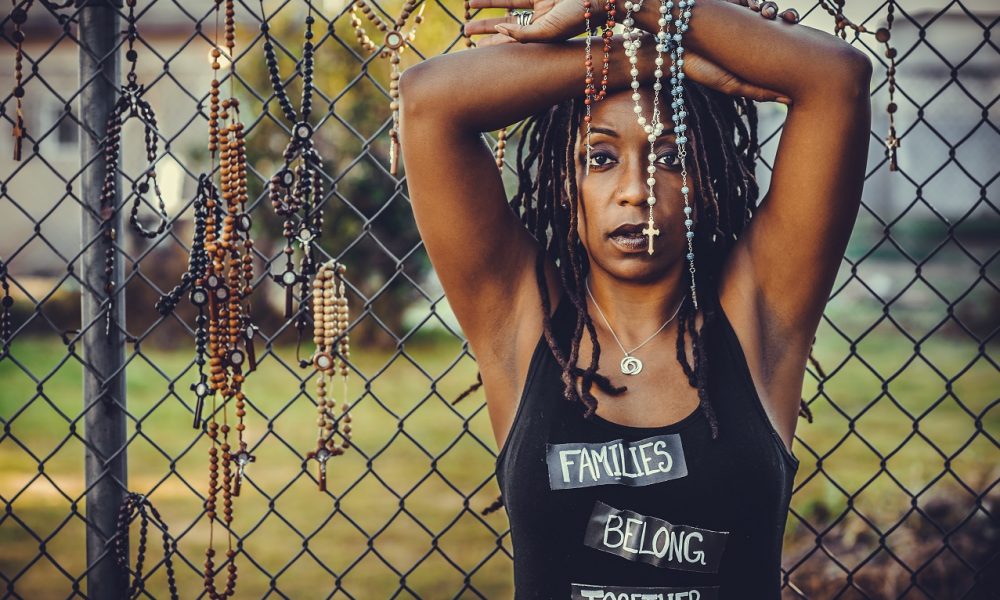 Today we’d like to introduce you to Gloria Bigelow.

Gloria, let’s start with your story. We’d love to hear how you got started and how the journey has been so far.
I moved to LA ten years ago from New York- just in time for LA pride- it was like my own personal welcome home party. I started doing stand-up in New York and wanted to pursue it in LA and so used the taping of a comedy special as my excuse to move west. I didn’t tell my family that I was moving across the country. I shipped some boxes home to my mom, asked her to hold them in her garage and I got on a plane with three bags and my dog. I couldn’t tell her that I was moving- because what could I say, “I’m moving across the country, I don’t have a job, or a car, or a place to stay but me and my dog both like turkey slices, so we’ll share those and be fine!?” No, of course not, so I just said, “I’m going to LA for a week or so.” Then I just wouldn’t confirm where I was when she’d ask. I would change the subject. I saved every penny I had and by the time I moved, I had $3,000 and an offer from a friend to crash in their guest room for two months.

Upon landing in Los Angeles, my dog got sick and so that pretty much cut my savings in half. When those two months were over… I still had no job, no house, and no car… and the stress of it all had me eating those sugar-coated candy orange slices and tums like they were tic-tacs. I thought I was going to have to go back to New York. Just when I’d made up my mind that it was okay to drag my ass back to Brooklyn, I got a call from a job that I had applied to- where I would teach drama to kids in an after-school program. It was a great day job because I could do stand-up at night and work with kids during the day. They were also flexible with me when I had to go away for gigs. I love working with kids, and this job was great for me– it gave me something to show up to everyday a sense of normalcy. It gave me structure and community. I worked on my comedy and writing at night and stayed at that job for nine years.

Last year, while I was teaching a musical theatre class, I got a call that changed my life. See, that Spring, I’d met with people who were working on a pilot. A clip of my stand-up had been sent to them by Gina Yashere (who I’ll refer to as my Grand Fairy God Sister for maybe the rest of my life) and I met with the show creators for lunch. They also invited me to the set for a few days, I’m pretty sure they brought me there to make sure that I wasn’t a loud talker or a total lunatic. A few days later, they were planning to come see Gina perform and she asked, or rather she told me because she’s more like a teller… to do some time on her show because she felt like my stand-up would seal the deal. The set visits and stand up just happened to be during my school’s spring break. So, the break was over, and I went back to work thankful for that experience but not expecting anything to happen. So, when I checked my messages after that musical theatre class, I couldn’t believe that I’d been offered a job as a writer. It was what I had been meditating on. It was what I had been working toward. It was a dream come true.

I’m in my second year of the show and I’ve learned a lot. It seems that when I look back on all of my other life experiences and jobs, it makes sense to me that they would all lead to where I am now. It’s not an easy job, but I get to be a part of a team with people that I’ve grown to love and I literally laugh everyday…. everyday.

We’re always bombarded by how great it is to pursue your passion, etc – but we’ve spoken with enough people to know that it’s not always easy. Overall, would you say things have been easy for you?
Haaa… no, it has not been a smooth road, at all. I have had a minimum of three jobs going at once for nine years. LA is not a cheap town- so sometimes, you gotta hustle. Before I got my writing job, I was working at my school full time, I was managing a 40 unit apartment building and doing stand-up at night and writing with any spare time I could find.

I was way too close to living out of my car after a bad break-up and some other stressful situations left me without a place to live. I remember driving around Hollywood, crying in the car, calling different places trying to find an apartment that I could afford and that would take a dog… I couldn’t get anyone to call me back. That was a lot of car crying, eye ticking and general gnashing of my teeth. If it weren’t for one of my comedy friends, I would have been homeless and sleeping in my car. That was a really scary and stressful time.

There were also those times, far less dramatic, usually quiet times, where I just wondered if I should pack it all up and head home…times where I was filled with doubt and unsure if what I wanted and dreamed about would ever happen.

We’d love to hear more about your work and what you are currently focused on. What else should we know?
I’m a writer and a comic. I make people laugh and sometimes I feel like it’s the best gift to give and to receive. I guess I’m known for saying hard things in ways that are funny but also thought-provoking. I also write with heart. I’ve recently become very clear on the kind of work that I want to put out there- I think we’re often developing and growing and trying to peel away everything that’s not us or who we want to be… in doing that, I’ve figured out that I do want to make people laugh- humor is such a precious commodity to me personally- it’s something that I value in my friends and in my life. Along with that humor, I want to do work that has heart. I want folks to feel when they read my writing and then the last thing… that’s kind of crystallized for me is that I want the humor, I want the heart, and I also want it to be useful. I know that’s mad subjective- but I know what I mean when I see it and when I say it.

I’m most proud that I am here and that I have people that I love and that there are people who love me.
I think what sets me apart from others… hmmm… that’s a tough question… I guess it’s the same thing with every comic… which is kind of what doesn’t really set us apart… I don’t know… I suppose my point of view… my angle is not the same and it’s an angle that has developed and sharpened over time… it’s an angle that’s been through some stuff but still usually looks for the humor… that’s the comic part of me… how can I find the humor in what is clearly… tragic!

So, what’s next? Any big plans?
I just released a mini comedy recording- Gloria Bigelow- Live at The Dinah. It’s on itunes, Spotify and Amazon Music. I’m also releasing a story album this October called- Some Love Some Troubles. That will be available on all of the usual platforms as well. And finally, I’ve been working on a memoir. I’m looking forward to finishing a first draft of that and then going through it and editing and revising. It’s something that I started a while ago, so it will be nice to go back and live in those stories again. Sometimes, it’s just nice to be in your own mind with your own creativity. 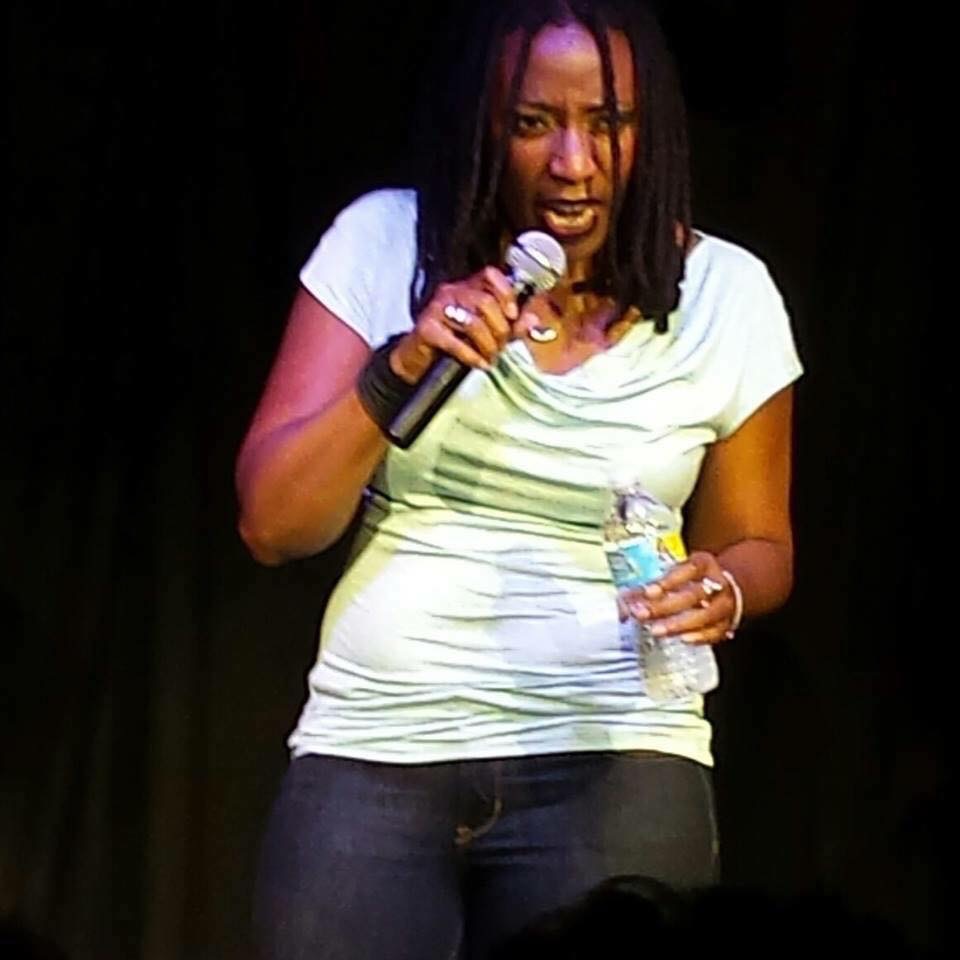 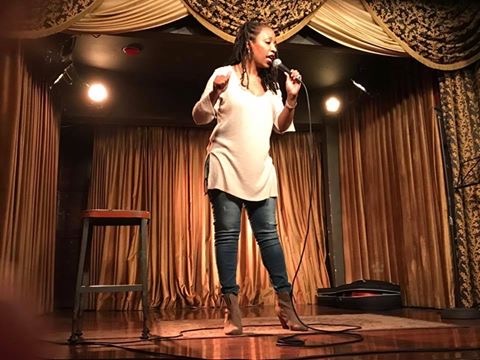 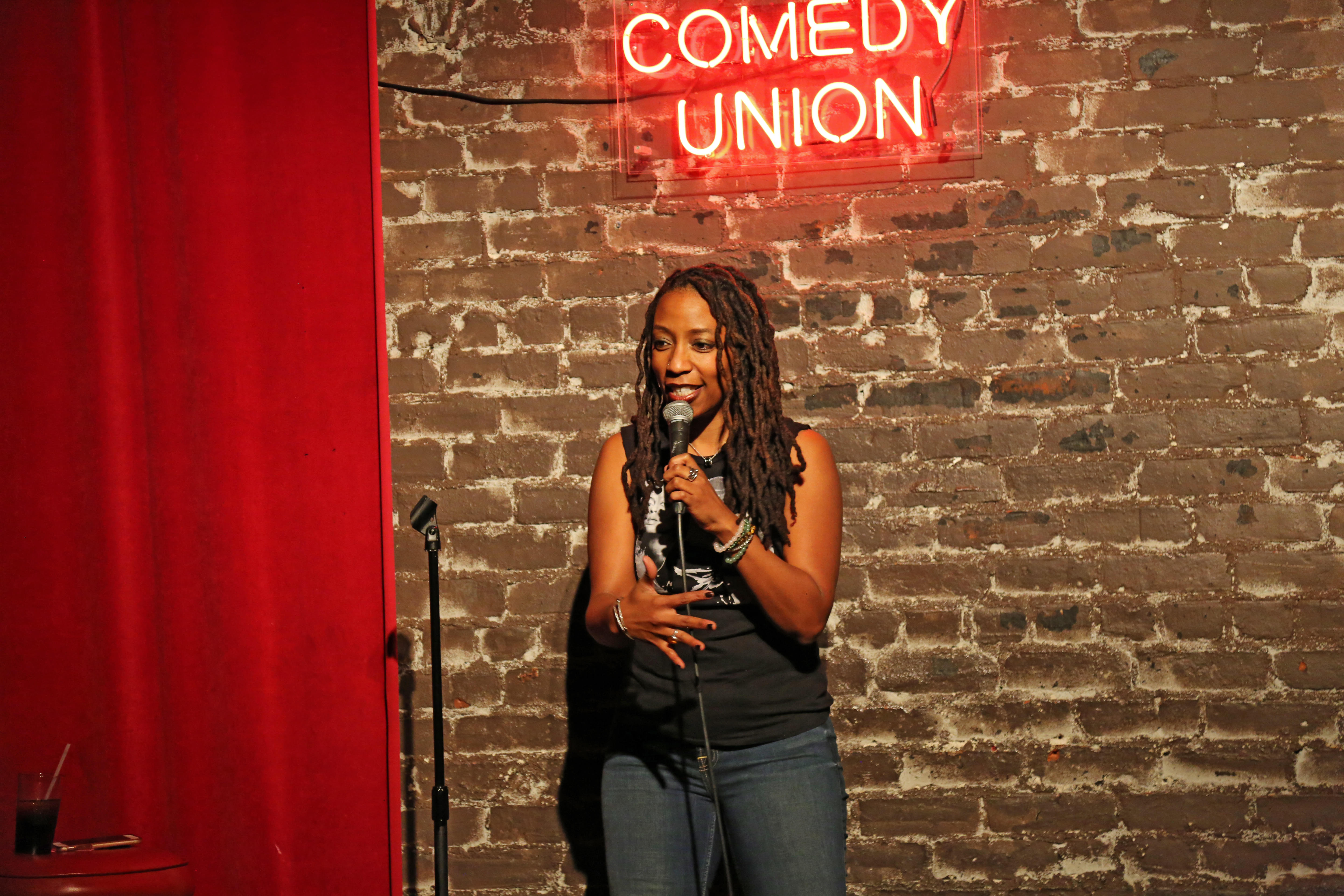 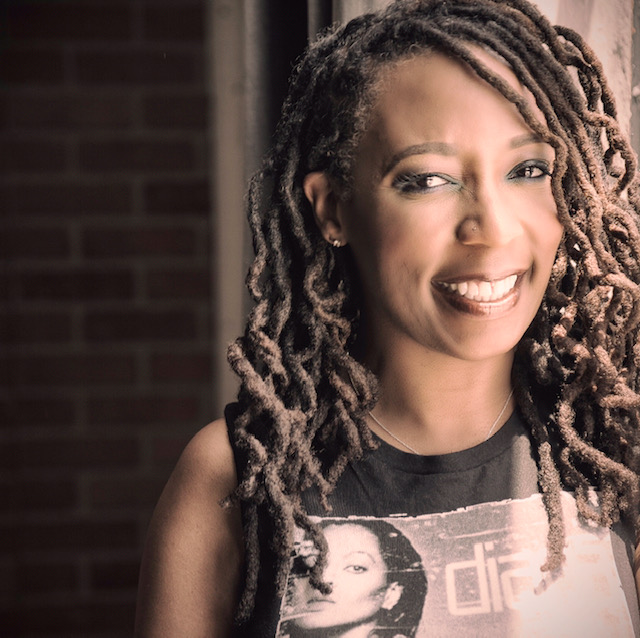 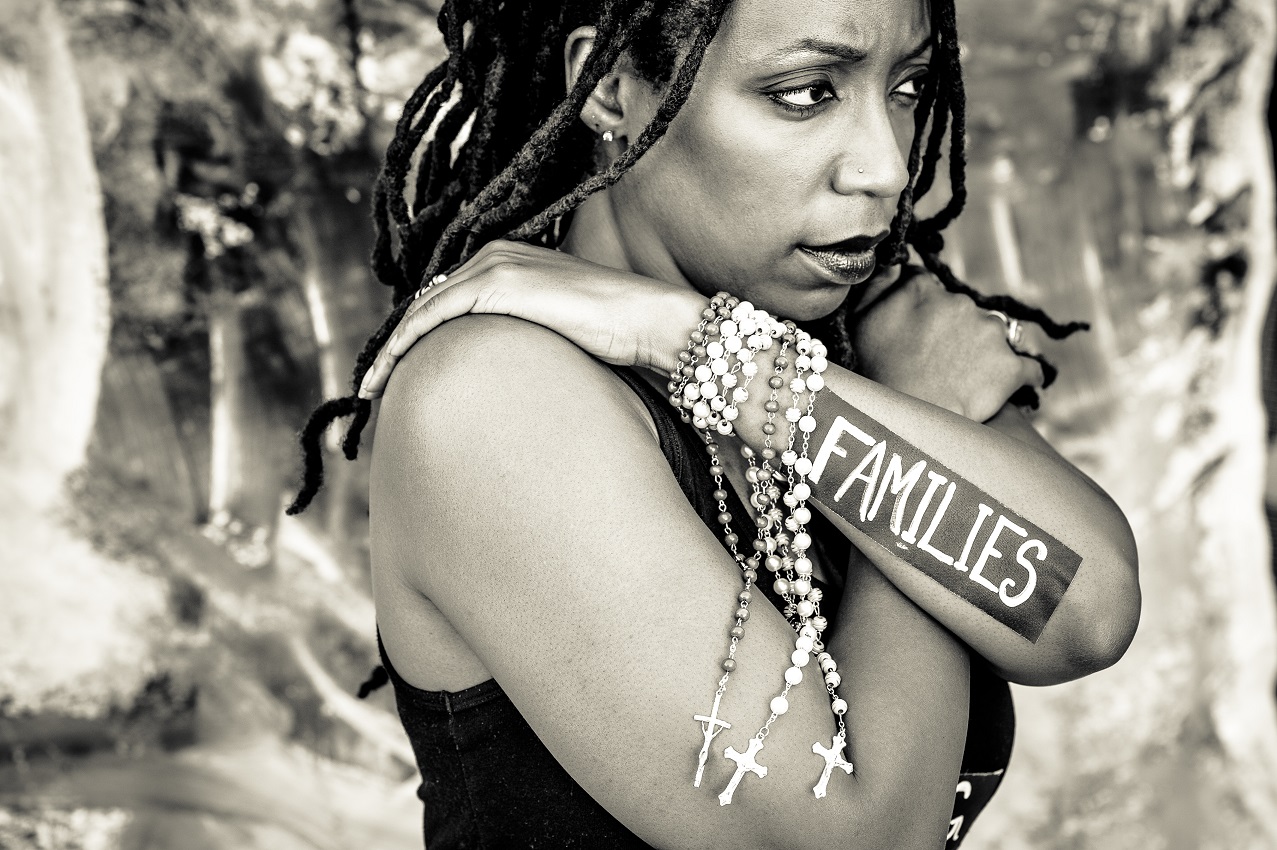 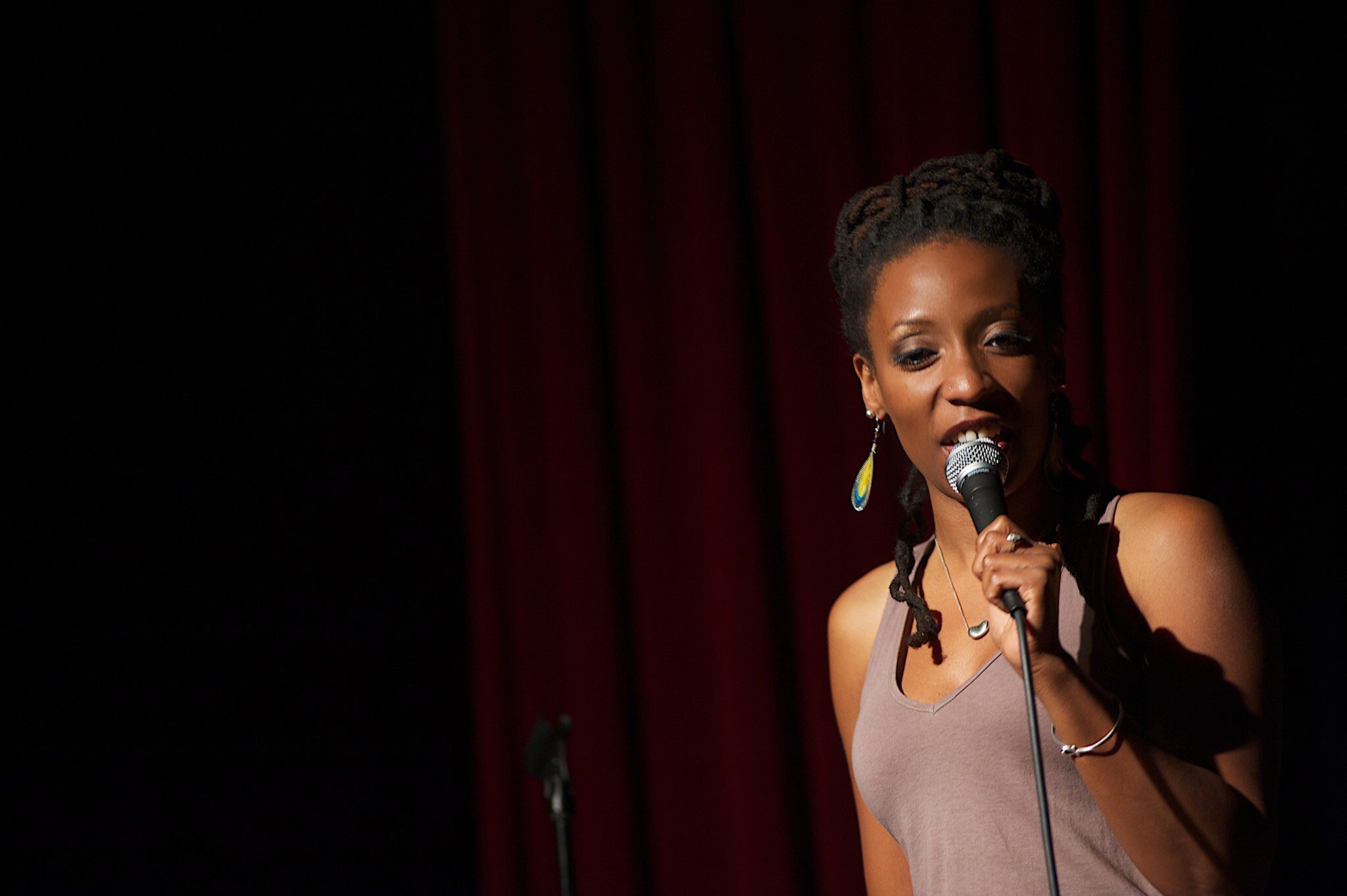 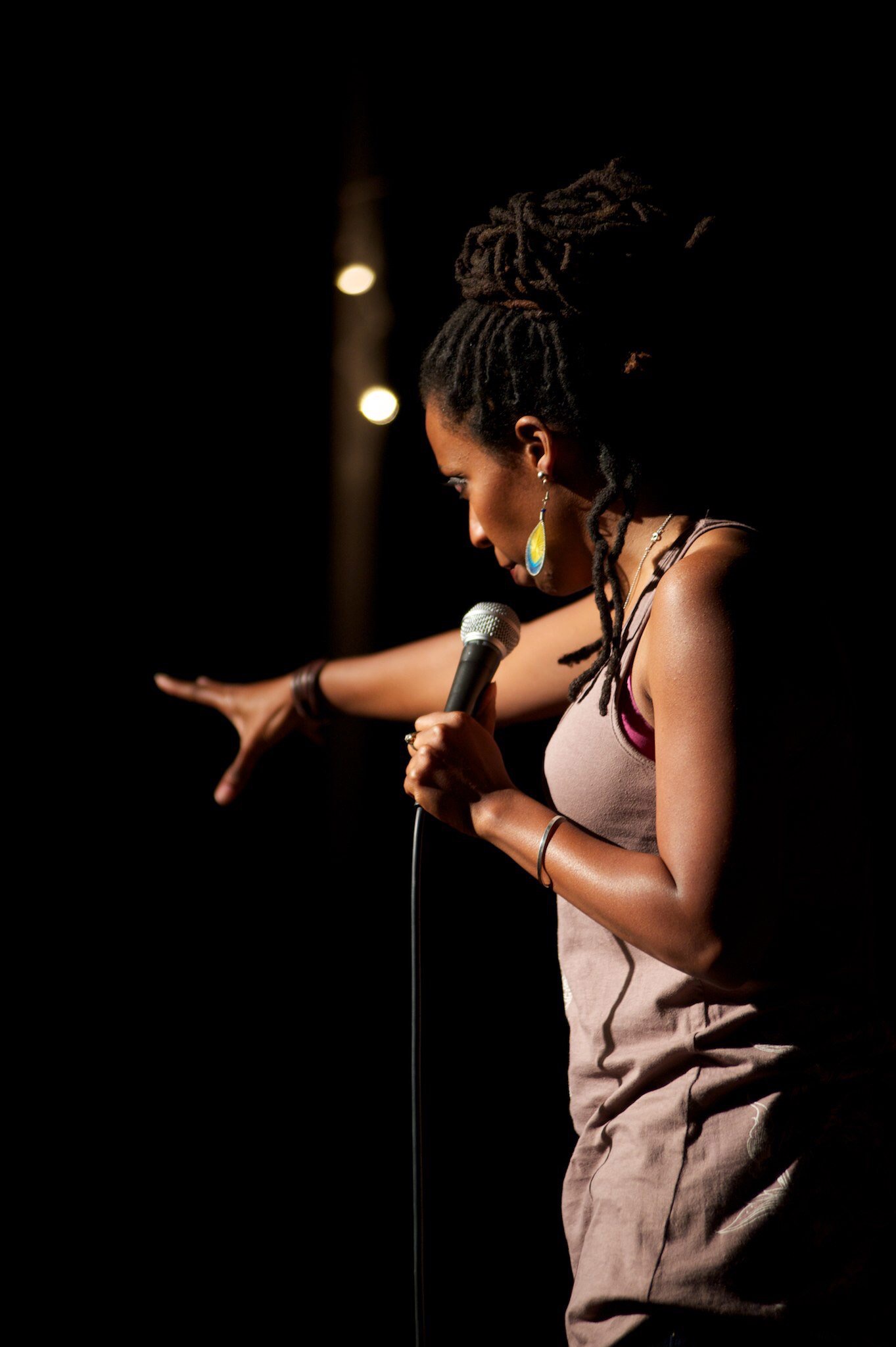 Image Credit:
Please Credit – Connie Kurfew for the Families Belong Together photos and the Familes photo