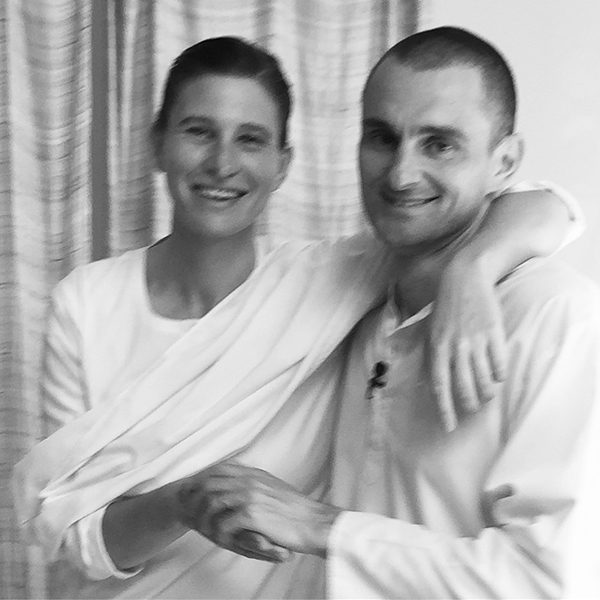 Today we’d like to introduce you to Glen Callahan.

Glen, can you briefly walk us through your story – how you started and how you got to where you are today.
From a very young age I had a strong interest in philosophy and religion. However, traditional religions and new-age philosophies left me deeply unsatisfied, so around high-school I gave up looking.

By 2003 I had completed my Masters in Engineering and worked for several years in New Zealand and Australia. A nagging sense that something of deeper significant was missing led me to start searching again for spiritual insight. It was at this time that I came across the book ‘Vedanta Treatise’ by Indian philosopher A. Parthasarathy. I couldn’t put the book down. The philosophy of Vedanta presented a spiritual perspective on life that was devoid of the orthodoxy, dogmatism, and ‘woo-woo’ nonsense of my previous searches. It was rooted in practical life and critical thinking.

I began attending study groups in Perth, and became aware of Parthasarathy’s educational institution in India, the Vedanta Academy. I visited in 2005, and joined the three-year residential course in 2006. I stayed for 8 years in all, and in 2014 I moved with my wife (whom I met at the Academy) to Los Angeles to co-found the non-profit organization Vedanta Institute LA. We continue to conduct study groups, workshops, and retreats on the philosophy of Vedanta.

Great, so let’s dig a little deeper into the story – has it been an easy path overall and if not, what were the challenges you’ve had to overcome?
It’s never been smooth, but it continues to get smoother.

The biggest struggle has always been internal. Overcoming the incessant demands of the ego, which continue to rise to the surface and get in the way of greater maturity and genuine love. It’s the same struggle we all face,

Beyond that, the main difficulty was finding a philosophy on life that can genuinely present the theory and practice of gaining greater inner freedom. And finding a teacher with great clarity who completely lacks self-interest. There are so many deluded charlatans, it’s hard to know who to trust.

From a more work-based perspective, the greatest challenge is learning how to communicate the incredible value of philosophical inquiry to one’s well-being and harmonious relationships. We’ve had marketing companies turn us down … too difficult to market!

We specialize in presenting a complete theory and practice of personality development. Its work is based in the ancient, secular philosophy of Vedanta. Specifically, as it has been described by contemporary Indian philosopher A. Parthasarathy. His life’s work has been to present these subtle philosophical themes in a way that can be practically applied by anyone.

We are most proud of our students! Those people dedicated to facing and overcoming their limitations, for the benefit of their own peace of mind, and the well-being of their loved ones and the community at large. They continue to inspire us.

What sets Vedanta philosophy apart from other spiritual traditions is its insistence on the vital need to develop critical thinking. A colleague of ours is fond of saying that Vedanta is yoga for your intellect. It promotes health, strength, and flexibility of thinking! Also, the fact that it can be adopted by anyone, irrespective of their background, culture, etc. It demands that we believe nothing that our own critical reasoning does not allow.

What moment in your career do you look back most fondly on?
It is difficult to answer this question because the philosophy of Vedanta is directed towards shifting the focus of attention off one’s personal ‘story.’ So, we don’t really think in terms of gaining pride in achievements. There are a number of factors that go into this attitude.

Firstly, feeling pride would indicate a sense that I am the one who achieved it. It’s very difficult to gain this sense of pride when you recognize that any achievement came only from the efforts of countless others. Not even the smallest gain is independent of the support of the environment around us.

Secondly, career success is not something to gain pride over in any case. Outward success is irrelevant to the goals of a life that is dedicated to self-development. Outward success has no correlation to the inner growth and freedom that is the real measure of life’s progress.

Finally, I’ll recount a question that was asked of my teacher. During his visit to LA in 2014, one of our class members asked him if he felt a sense of accomplishment at having released his latest book (The Holocaust of Attachment). His response was fascinating and very uplifting. He said that there is no such thing as a sense of accomplishment. Moment-to-moment each of us has our obligations. Act to fulfill that. Work to the best of your ability, and drop any dependency upon achievement. Just keep acting, find satisfaction in the action itself.