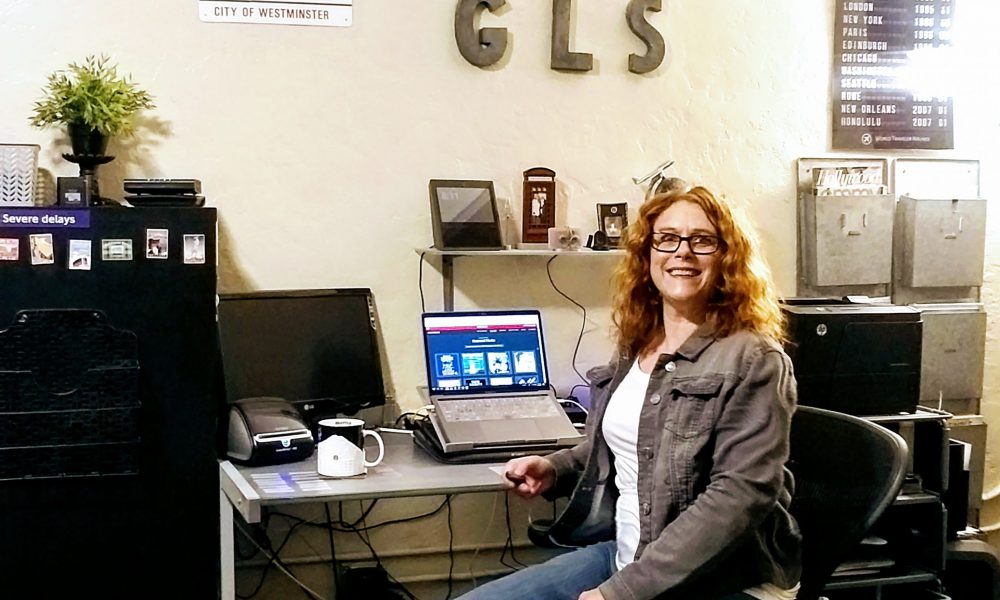 Today we’d like to introduce you to Gina Smith.

Thanks for sharing your story with us Gina. So, let’s start at the beginning and we can move on from there.
I always knew I wanted to work in Hollywood, probably since the age of five. When most teenagers were out at parties or sporting events, I was home writing TV scripts on a manual typewriter. I even bought a TV for my bedroom with funds from my first job so I could watch the Academy Awards with no interruptions. Needless to say, I was bound and determined to get to LA and push my foot in the door.

I landed my first industry job at MGM Studios, starting in the home video division and then transferring to television. After surviving the crazy takeover by Pathe Entertainment, I moved over to the motion picture division to work in publicity and promotion. I think that’s the moment I found my niche. I loved being a part of organizing the events and managing the promotions, especially the premieres.

A few years later, MGM went through yet another restructuring, and luckily for me, the chaos got me promoted to manager. But the honor was short-lived and I was forced out during a political shakeup. It was time to go, but I knew what I wanted to do: travel and promotions.

After a few weeks of pounding the pavement, I discovered an agency that specialized in, yep, travel and promotions. I joined RPMC’s ranks and hit the ground running. I oversaw a variety of promotions and events including working with Budweiser 2-years in a row backstage at the Reading Festival in London; coordinating 60 live radio broadcasts during the Atlanta Olympics (yep, I was there for the bombing); wrangling 100 contest winners to appear as extras on The X-Files in Vancouver, BC plus managing an array of multi-market radio promotions including the launch of American Idol, the premiere of 8 Mile and many others.

I left RPMC to create and coordinate a wrap-party / convention event for the television show, Highlander. Boasting 18 cast members including the Who’s Roger Daltry, 5,000+ attendees, three days worth of event programming, and a concert by Daltry and cast member Jim Byrnes the wrap party was truly a pre-cursor to the Hall H events at Comic-Con, and a huge success.

And with that first solo venture, GLS Entertainment Marketing was born.

Overall, has it been relatively smooth? If not, what were some of the struggles along the way?
The biggest challenge I’ve faced on my journey is keeping my lupus in check along the way. Getting diagnosed when I was a kid definitely made things more difficult than I originally planned, but I never let it stop me. I had many flares during my time at MGM and even during events – like while I was in Rome for MTV’s Fly2K, I was operating with a 104 fever. Luckily, I’m pretty much in remission now.

Let’s talk about business. Tell us about GLS Entertainment Marketing – what should we know? What sets you apart from other?
From general marketing, to event & travel planning, professional organizing, career coaching, website design, logo development and workshop lectures, I pretty much do it all.

The GLS journey has been a great adventure: from various radio promotions; to research for an  X-Files feature film special, (I got my first on-screen credit); promotion and sponsorship efforts on a few indy films; publicity for local theatre productions;  joining Liz Shaw-Stabler at the Center for Lupus Care to work on a lupus documentary; and my all-time favorite project: MTV’s Fly2K- where I traveled from LA to Lapland Finland, to Rome, to Paris and to London to prep events for the lucky program contest winners.

I also lectured at various venues teaching on subjects such as Hollywood 101, Marketing and Media trends, and How to Market Yourself to Success.

In 2010, I joined forces with my friend and client, Scott Brick, to grow his production company. A renowned audiobook narrator, Scott needed branding, logo development, a new website including an e-commerce portal, marketing materials and a platform to build a workshop and lecture series. Nine years later and Scott Brick Productions is considered an industry standard and quite profitable. In 2018, Scott and I launched a workshop series focusing on the Business of Audiobooks with events held in LA and NY – this December we’ll be traveling to London to host the first international event. And 2019 marked my first programming panel appearance with Scott at San Diego Comic-Con, where we teamed up with author Michael C. Grumley to discuss the Secrets of Successful Self Publishing. (Random trivia: Scott and I went to high school together in OC).

What sets me apart from the marketing crowd? Innovation and Integrity. With all the chaos and distraction of digital media, I try to be as innovative as possible by thinking a mile outside the box to ensure my product or event is getting attention. Like sending TiVo shaped cookies for a new biz pitch; or using the old airline ticket sleeves for event invitations, or having attendees play industry bingo during my lectures (with the winner getting a free coaching session). It’s all about rising above the noise and being remembered.

The same goes for making integrity a priority for GLS – in a town where honesty and integrity is often ridiculed, I pride myself in hard work and doing a job well. I once turned down a project because I felt the client’s budget could be better served outside of my services. Needless to say, the client was shocked and grateful. I may not have gotten the gig, but I kept the client.

Any shoutouts? Who else deserves credit in this story – who has played a meaningful role?
Don Barrett, my publicity and promotions boss at MGM: he took a chance on me and started me on this road

Liz Shaw-Stabler (aka Lupus Liz): she is my inspiration for going after your dreams in spite of the challenges lupus throws in your path

Scott Brick: he always believed I could do more and here I am doing it 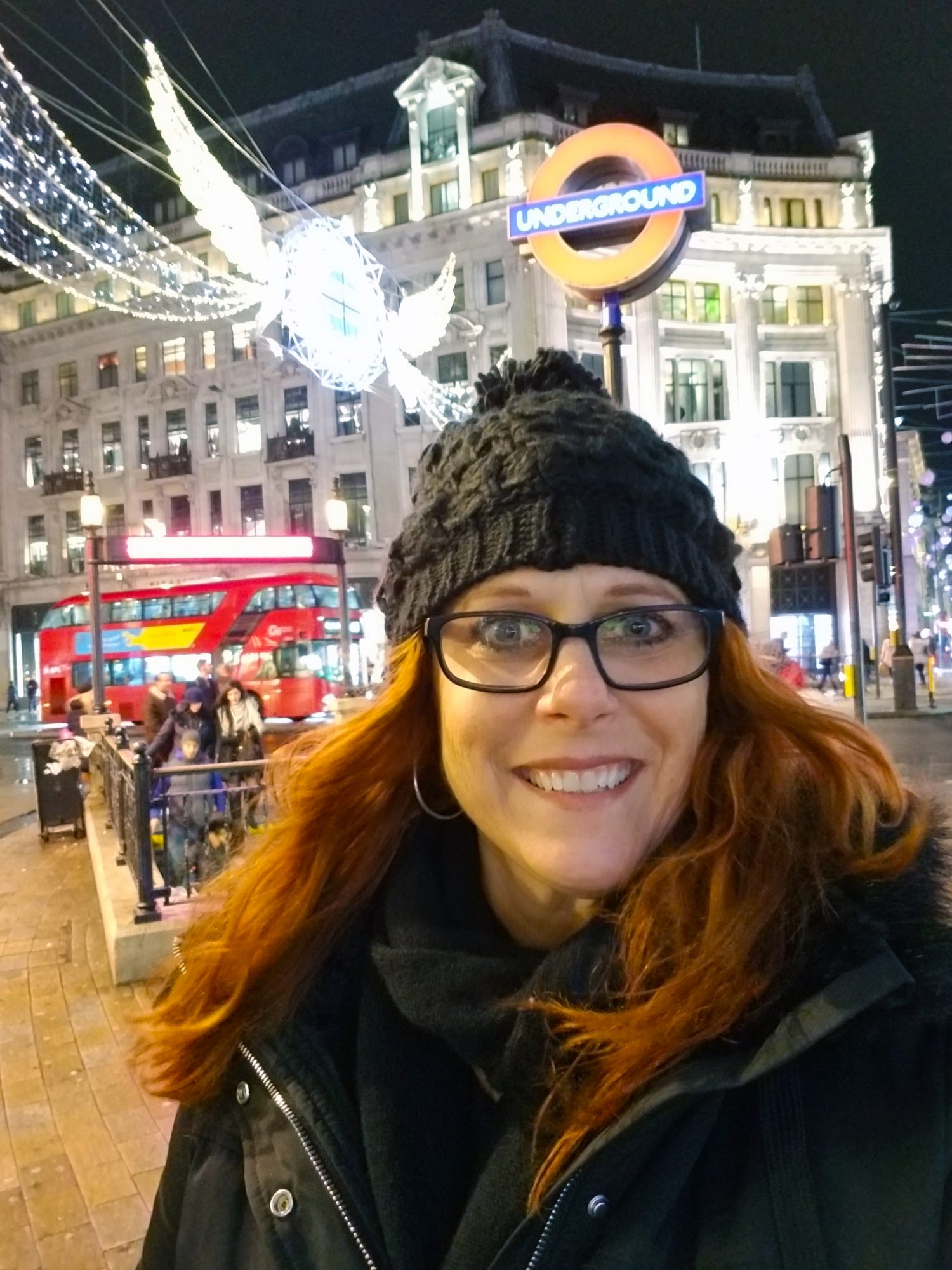 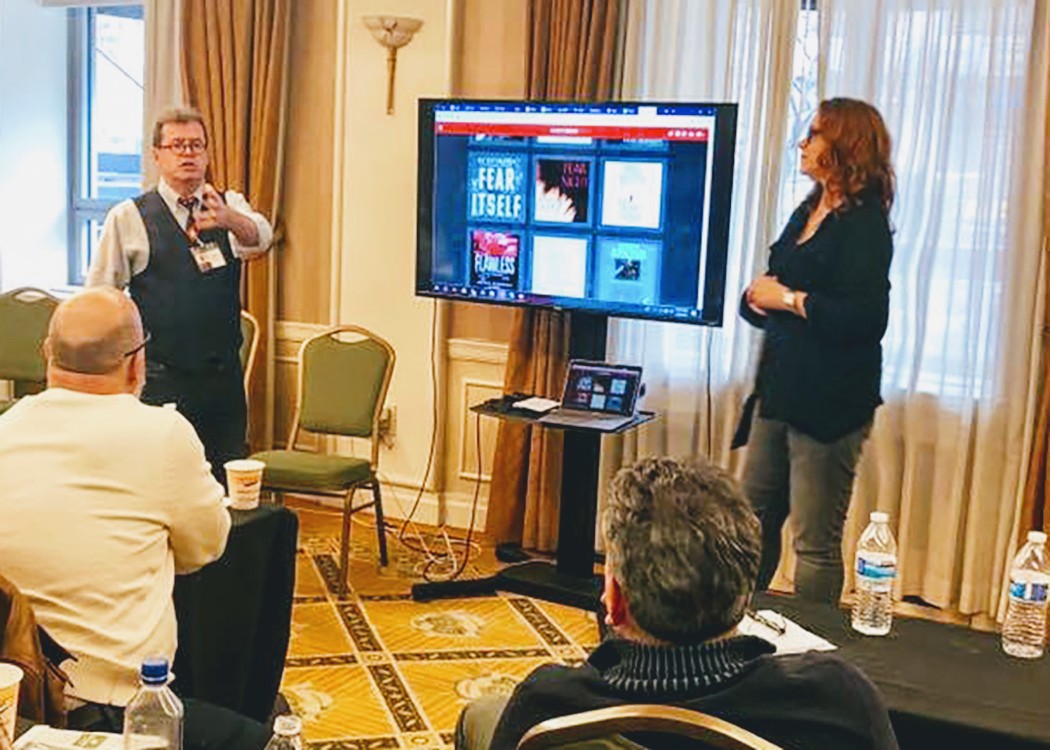 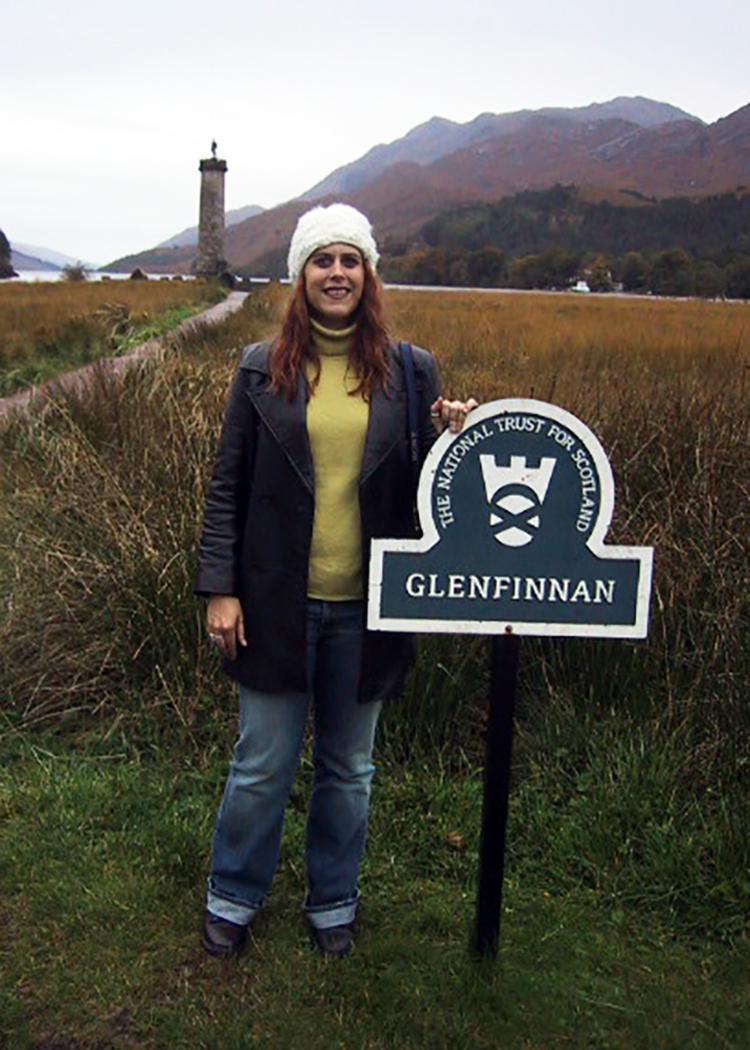 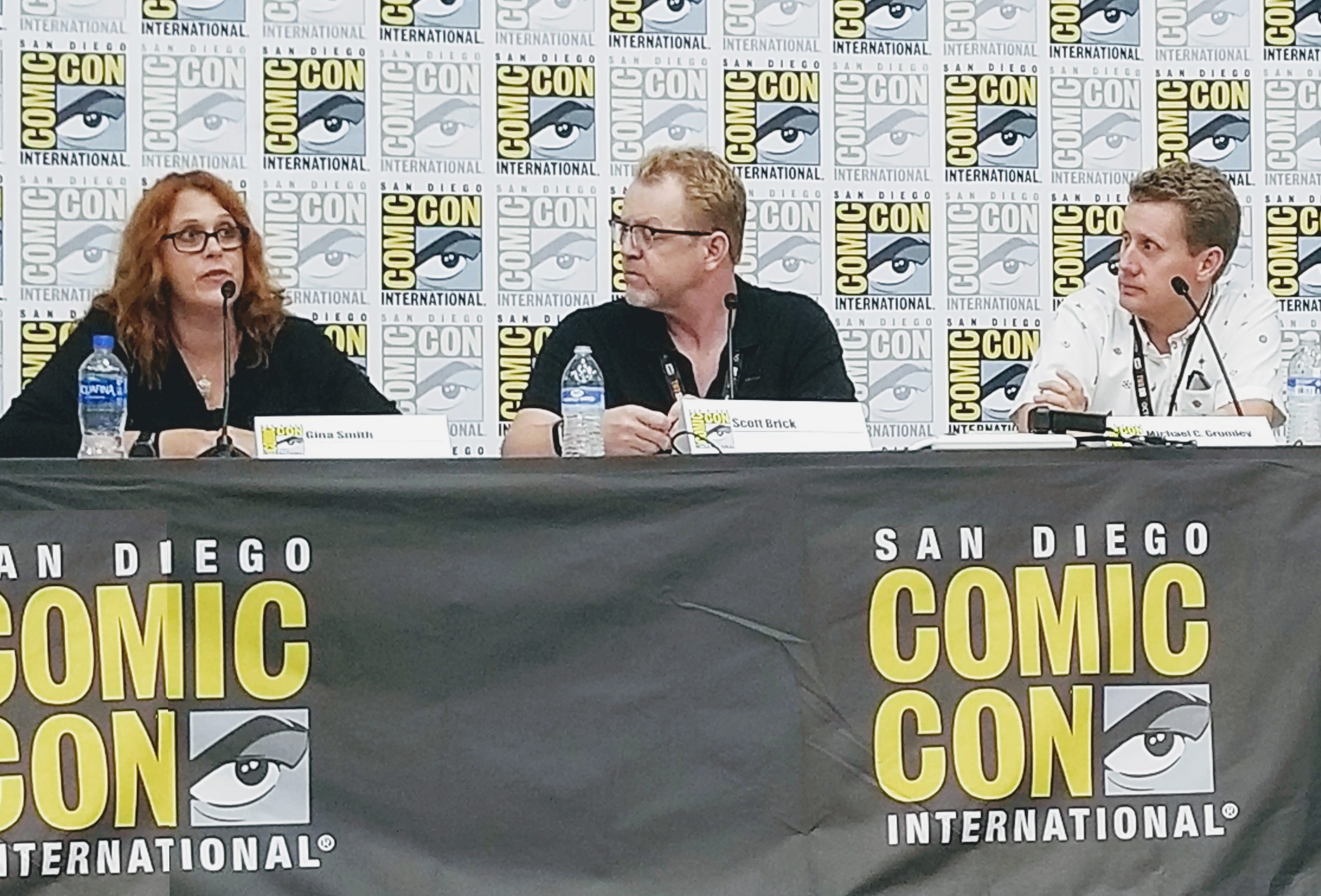 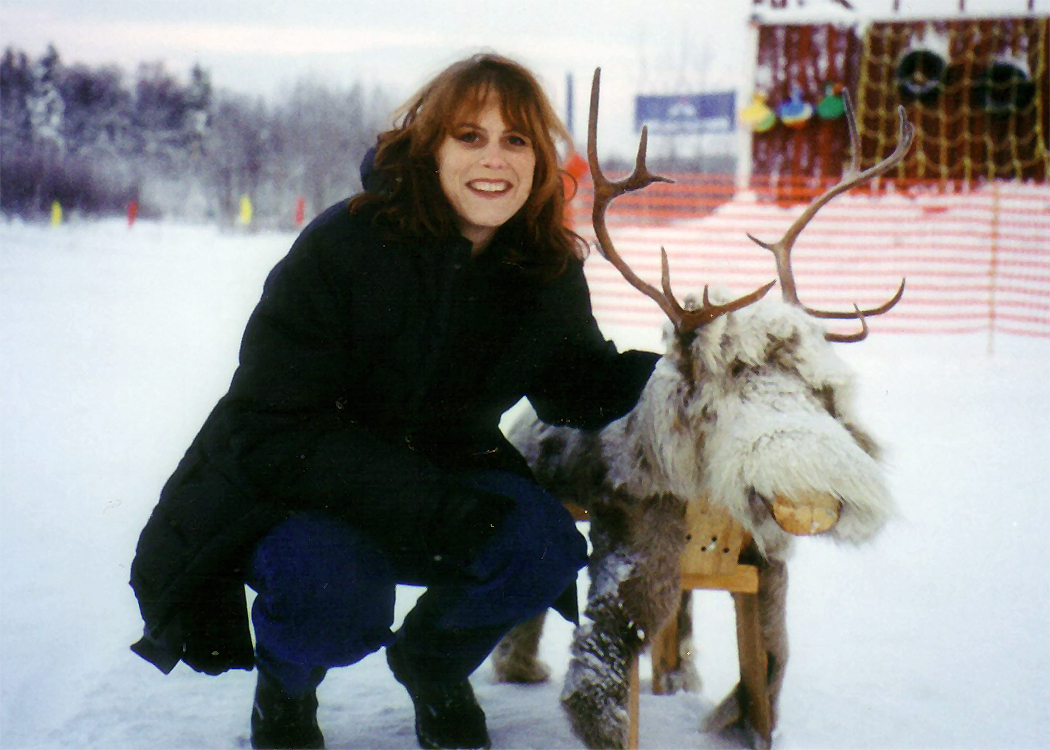 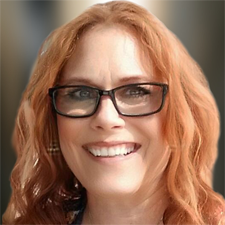