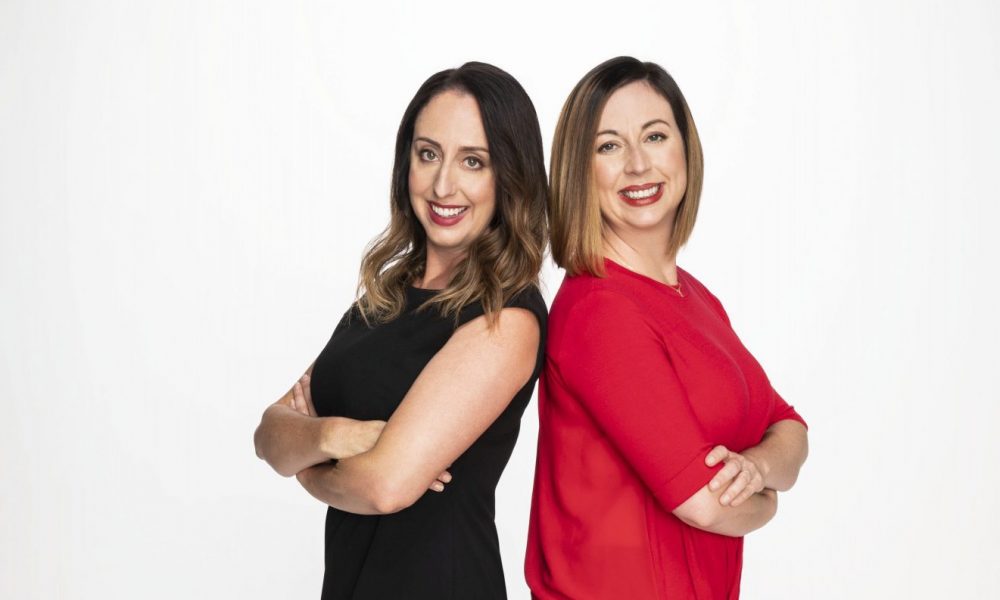 Today we’d like to introduce you to Gina and Jenae Heitkamp.

Gina and Jenae, can you briefly walk us through your story – how you started and how you got to where you are today.
We’re sisters so our business partnership started decades ago when we would set up lemonade stands and brainstorm wacky inventions. As we grew up and into our careers, I became a child therapist and Gina pursed working with entrepreneurs. I was working with children in schools and I saw their deep connection to the characters of their favorite shows or toy lines. I wondered if there was room in the market to create an inspirational brand with relatable, fun characters.

I pitched the idea to Gina and the rest is history. She suggested that we focus on the entrepreneurship that we loved so much as kids. At the time she was getting her MBA, and we entered the idea of an entrepreneurship and STEAM-focused doll and book line into the school’s business plan competition. We ended up winning and using the prize money to make our first doll prototype. We called the line, Middle School Moguls. From there we were able to launch a successful crowdfunding campaign, make the right connections to get the dolls launched in Target stores, and ultimately get a meeting with Nickelodeon that changed the course of our business.

Great, so let’s dig a little deeper into the story – has it been an easy path overall and if not, what were the challenges you’ve had to overcome?
There have been so many bumps along the way that it’s hard to pick just one. One of the biggest that comes to mind was during our crowdfunding campaign. A popular doll company came out with a line of STEM focused dolls and a series on Netflix—and it was really cute, too! At the time we knew we couldn’t compete with that type of roll out and wondered if there was still space in the market for Middle School Moguls. What it actually helped us to do was further define our brand and what sets us apart. Moguls is based around entrepreneurship and being a kid boss. In the end it made us focus harder and come out with a more distinct message. But at the time we were definitely freaking out.

Also, we struggled a lot with manufacturing. It was completely foreign to us. Our very first version of the doll prototype was made from 3D printed plastic and ended up melting in the car. From there we started working with a factory in China. When the dolls arrived to us the quality was so poor, that all the limbs snapped off. We had to move to a different factory and start over from scratch. It taught us a lot about oversight, and we ended up hiring a consultant to live in China for a couple of months to oversee the production of our dolls.

Alright – so let’s talk business. Tell us about GenGirl Media – what should we know?
Gengirl Media, Inc. is a children’s media company that creates engaging and inspiring brands distributed across a variety of platforms. We started as a consumer products company and have now evolved into children’s media.

At this point, we are mostly known for Middle School Moguls, which premieres on September 8th at 11am on Nickelodeon. We are so proud of the show and its messages of entrepreneurship, friendship and perseverance. While Middle School Moguls will always be our top priority, we have some big plans in the works to expand our company—not only in children’s media but in consumer products as well.

“Middle School Moguls,” are four CG-animated television specials that chronicle the ambitions of four new friends attending Mogul Academy, an entrepreneurial school where kid-business dreams come true. They follow students Valeria, voiced by Olympic gold medal gymnast Laurie Hernandez); Winnie, voiced by Daniella Perkins (“Knight Squad”); Celeste voiced by Jade Pettyjohn (“School of Rock”) and Yuna voiced by Haley Tju, (“Bella & the Bulldogs), who are empowered by Mogul Academy to test their business creativity, innovation and grit. But being a kid boss comes with grown-up challenges, so the students will have to think outside of the box and “mogulize” if they want to make their big dreams a reality. Actress Jane Lynch (“Glee”) plays Victoria Steele, the Headmaster of Mogul Academy. Tim Gunn (Project Runway) as Wren, a non-binary teacher in the Mogul Academy Fashion Branch.

One thing that sets us apart as a company is that we are not only female-led, but we are moms as well. When it comes to innovation, we always aim for what would be best and most exciting for our kids. From there, we start focus testing at the earliest stages of development in order to make sure what we create is in line with what kids are passionate about.

Is there a characteristic or quality that you feel is essential to success?
As business owners and creators part of the mindset is always—what is next, how can we make this bigger, better and more successful. Personally, we try to temper that with being grateful for the moment we’re in currently. We make it a practice to talk about it out loud. A conversation might go, “I would really love to have such and such ratings, but I’m in my gratitude that we have a show that aired on a major television network.” It’s a balance between setting goals and appreciating the success we’ve had. 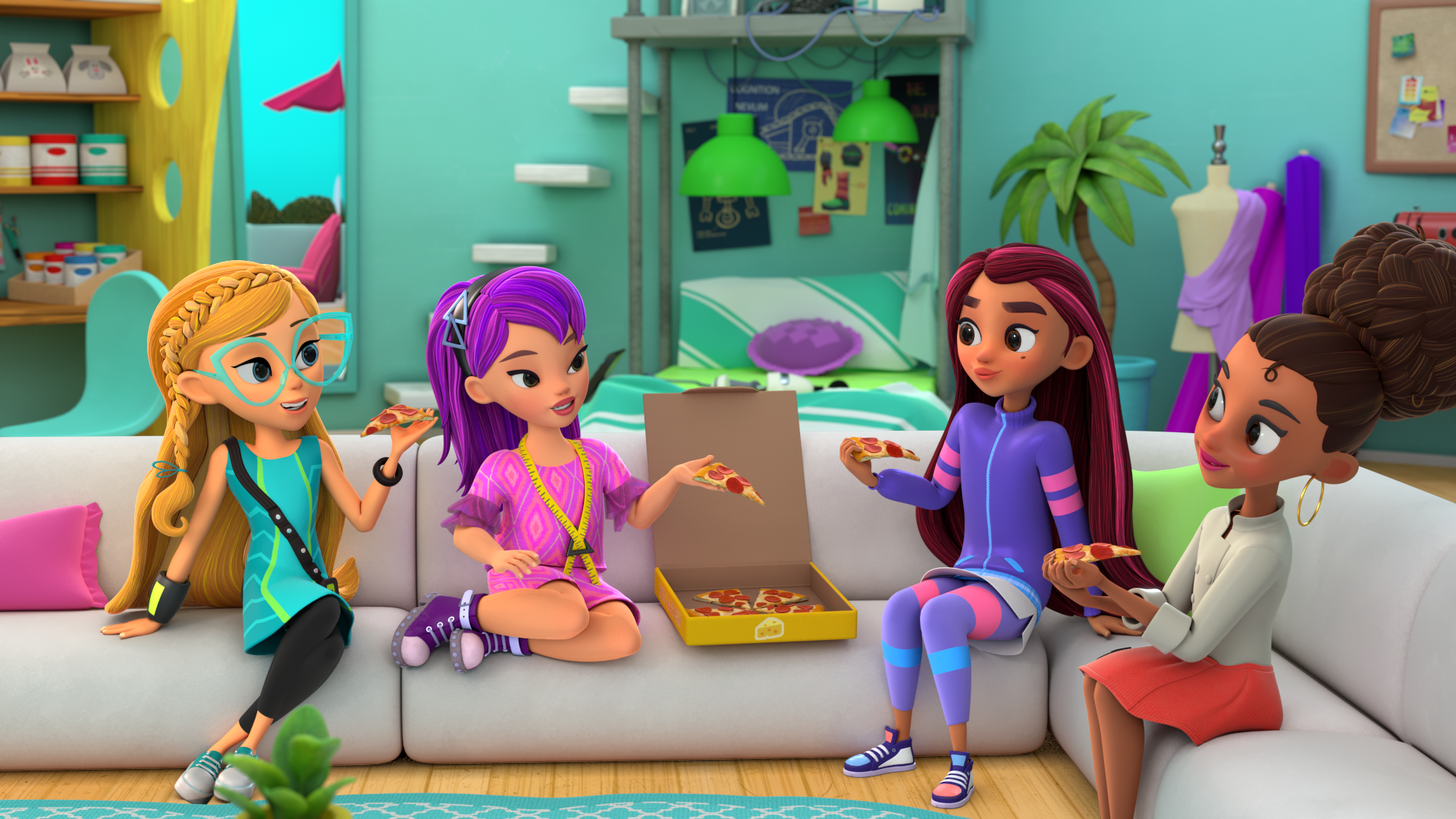