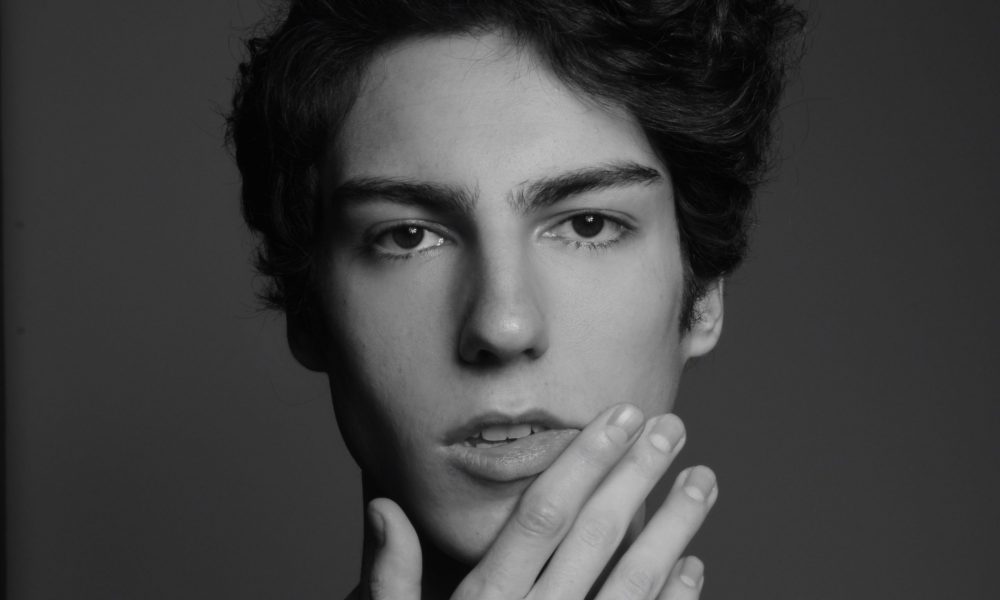 Today we’d like to introduce you to Germano Blanco.

Germano, let’s start with your story. We’d love to hear how you got started and how the journey has been so far.
I’m an actor and a singer-songwriter based in Los Angeles. I started playing the piano at six years old – my mother is a pianist, and she started teaching me some songs when I showed interest. I soon started writing – terrible – songs around 8, and taking lessons at a music school in my hometown in Brazil. As a teenager, I became interested in playing other instruments, so I started taking guitar and singing lessons. As for acting, it was always something I wanted to do, but I had never heard of any theater schools in my hometown. So apart from a school production of “Happy Feet” in 5th grade, I only got into acting classes when I moved to Los Angeles.

When I first moved here at 15, I lived in Woodland Hills for a little while, and one of the first things I did upon arriving was buying an electric piano. I managed to continue taking singing lessons, and I finally found an acting studio where I took my first proper acting classes on the weekends. I was thrilled to be studying drama and starting my journey to become an actor. I only started going to auditions during my sophomore – and last year of college, I booked my very first role in a student film while still in school. And later that year decided to drop out and pursue my dreams full time.

The six months after, I left college were crucial to me for understanding what it really meant to be an artist. I was working really hard. I bought an interface and a microphone and started learning how to produce my first demos. I was going to auditions all the time, which led to my first starring role in a short film, “Maestro” – that was a huge step for me. And I was also living on my own in a studio apartment in East Hollywood and learning how to navigate life as a young adult.

After taking acting lessons at a couple different studios, I eventually found the Lee Strasberg Institute, and during my time there I started to have more confidence in my acting abilities. Although I still have SO much to learn, by the time I graduated from Strasberg last year, I had a good amount of experience on set and auditioning to go for better roles and bigger projects. I’ve been very lucky to have worked on some awesome projects as an actor thus far.

About a couple years ago, I started sharing song covers online after an A&R told me it would be good to grow an audience for when I release original music. I was somehow able to get my covers heard by more people than I expected. And now I am currently prepping to finally release my first single and EP early next year that will feature a collection of songs I wrote over the past few months. In my music, I actually talk a lot about growing up, and I often write about my experiences in L.A. and what it felt like to grow up here, specifically. I’m going to be filming my first music video around the city at a few different locations that have special meaning to me, and that’s essential in order to tell this story.

We’re always bombarded by how great it is to pursue your passion, etc. – but we’ve spoken with enough people to know that it’s not always easy. Overall, would you say things have been easy for you?
I have definitely encountered some obstacles along the way. One that comes to mind right away was the accent I had, which I had to work extra hard to get rid of after going to auditions and getting asked where I was from (and not getting the roles). I wasn’t even fluent in English when I first moved here. Going to my first acting classes was really scary because we had to do improv exercises, and it was a challenge at the beginning, but it actually ended up helping me learn the language a lot faster.

Dropping out of college was an obvious yet difficult decision to make – I had only done one student film, and no one had heard me sing by then. At first, I struggled with learning how to produce and record my demos by myself, and I remember feeling frustrated because I had no clue how I was going to make it work. Having no connections in the entertainment industry makes you work a little harder. Getting people to give you a chance to show your talent can be a real challenge in the beginning but I truly believe that every struggle that comes along is preparation for big things to come.

We’d love to hear more about what you do.
I believe being honest and authentic is what sets you apart from others. I can’t act if I’m not being honest and authentic. And the same goes for singing and writing. As an artist, there’s nothing more exciting than surprising myself with an unexpected feeling my character discovers in a scene, for instance. And in music, it’s very important to me that I have something new to offer, and that only happens when I’m being myself and letting my craziest ideas manifest and come to life. I try and create something that would excite me as the spectator and at the same time something that challenges me. I get bored pretty easily, and that motivates me to never stop improving and learning. There are many areas that I want to explore in the entertainment industry, and to me, that’s an assurance that I’ll be doing this for a very long time.

What were you like growing up?
I’m a Leo. I loved to entertain people, and I loved attention, but at times I would come off as shy. I’ve always known in my heart that I wanted to be an artist. I remember being nine years old and thinking, “Okay, so I’ve known for a long time that I want to be an actor, and I think it’s reasonable to ask my parents to move to Rio to start my career”.

(Rio is where the biggest Brazilian network is located.) That obviously never happened because my dad wouldn’t be able to move because of his job. I also remember posting on my Fotolog a collage of pictures of popular American destinations like the Statue of Liberty, Disneyland, etc. I captioned it something like, “That’s where I’ll be at 15,” and that’s where I would be a few years later.

I also really liked school as a kid. I was definitely the class clown and wanted to make people laugh at all costs, even if that cost me a trip to the principal’s office, which happened often – almost every school day at one point. Sometimes I’d be very defiant with my teachers, or authoritative figures in general when I was younger, and that’s not something that I’m proud of. But I was never afraid to express my opinions, to stand by what I believed was right or to follow my intuition, and that hasn’t changed so far. 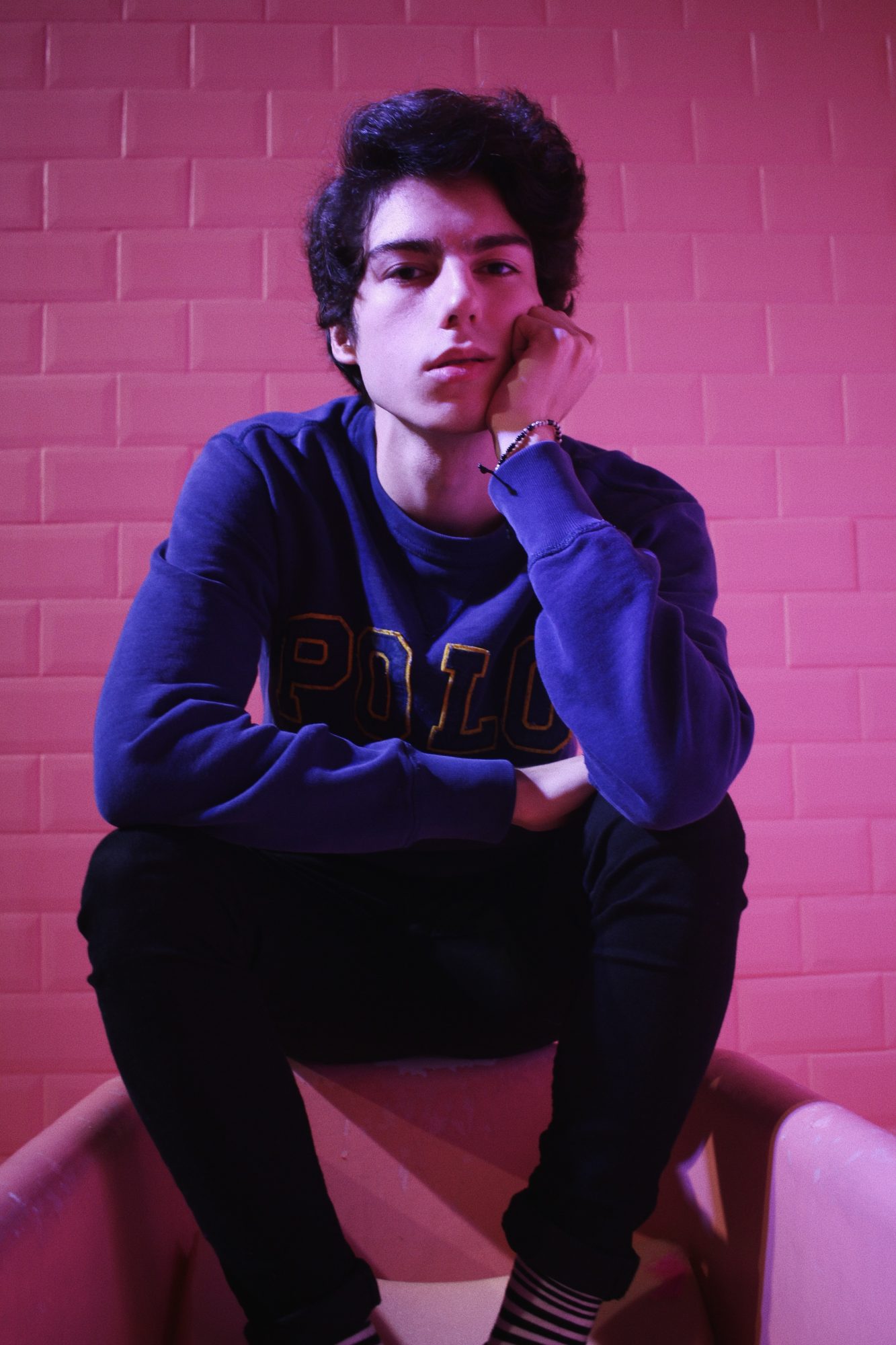 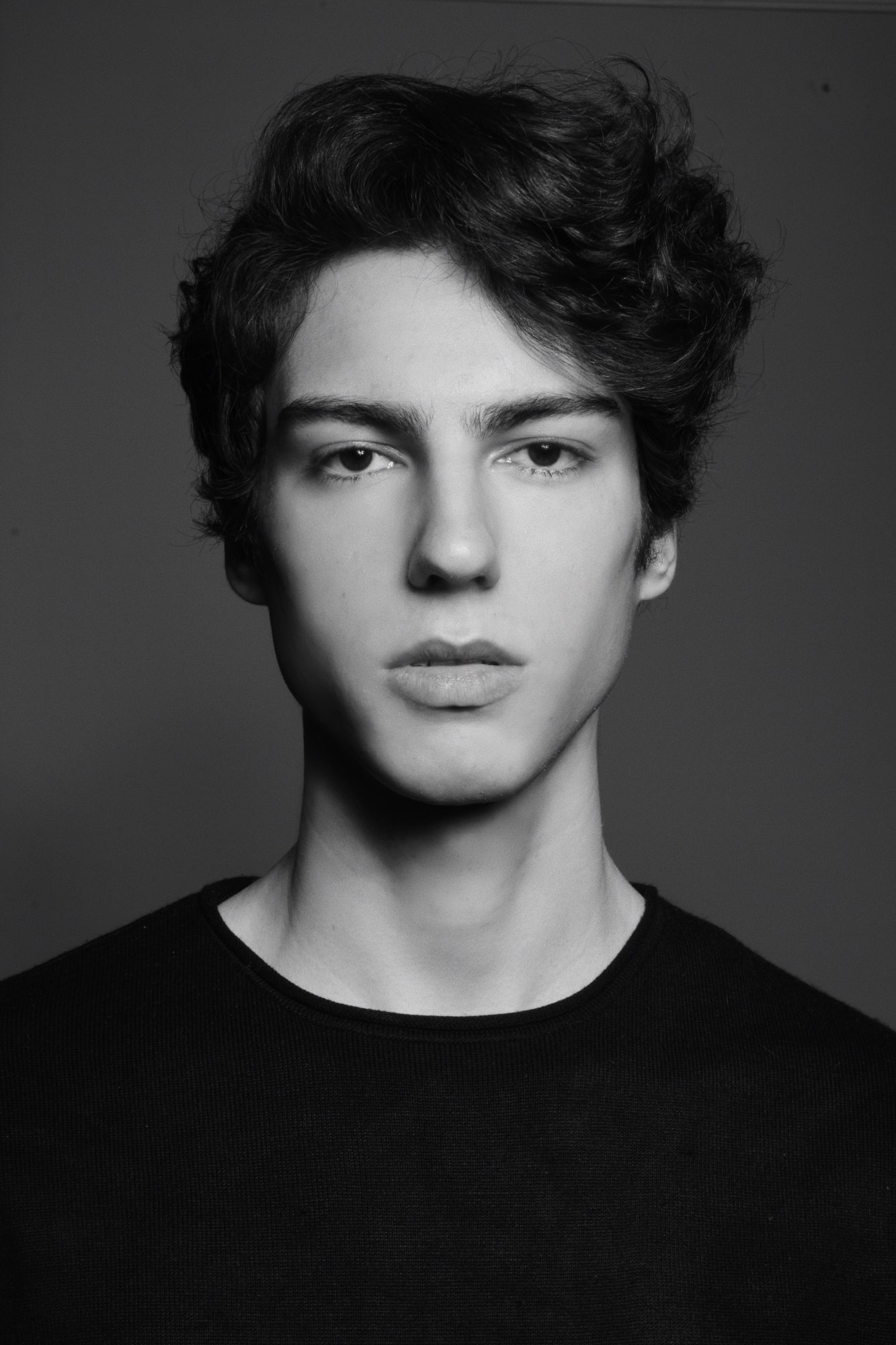 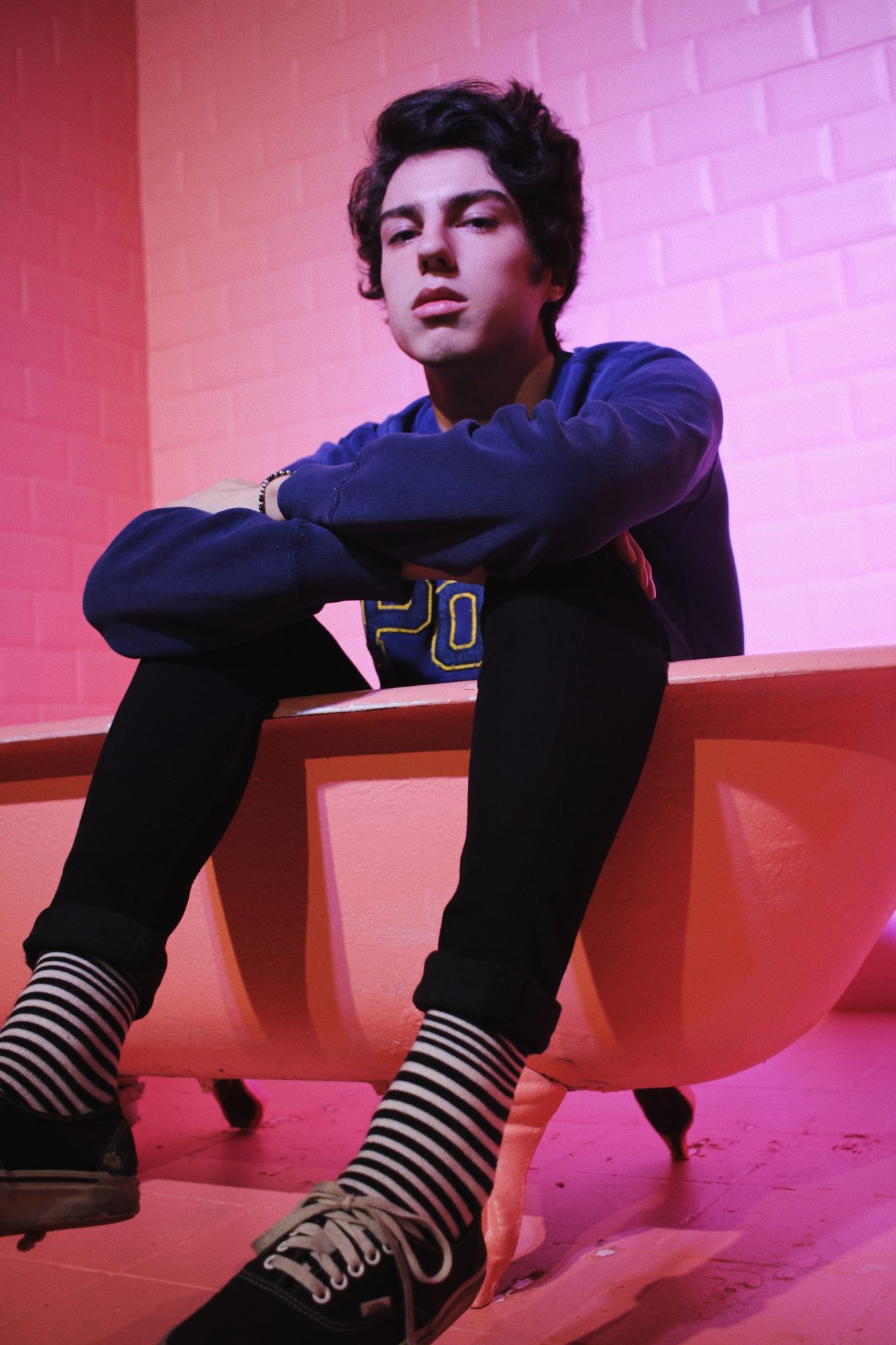 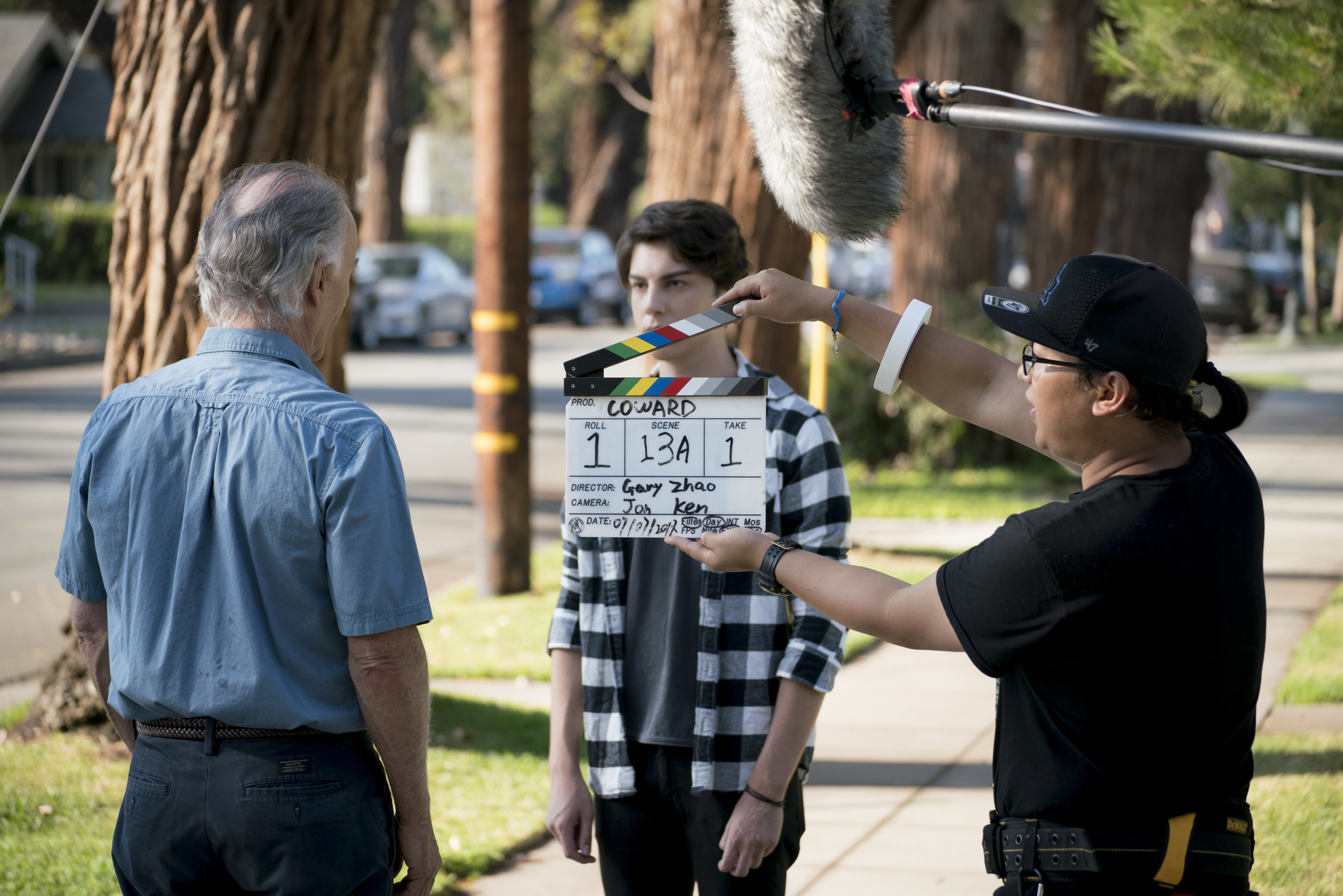