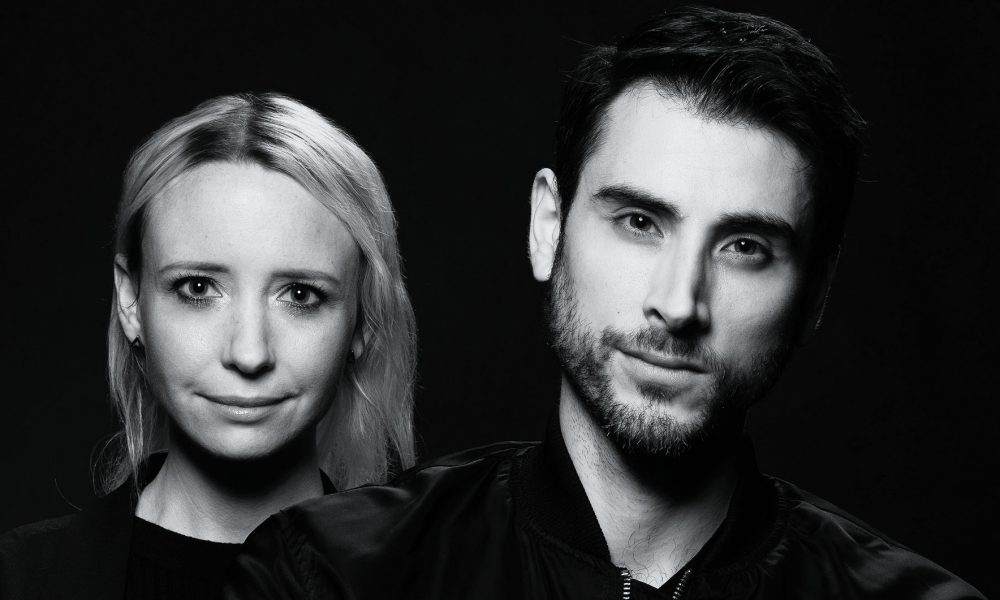 Today we’d like to introduce you to Gerardo Garcia Jr. and Isabelle Engman.

Gerardo and Isabelle, can you briefly walk us through your story – how you started and how you got to where you are today.
Gerardo – “I am originally from Laredo, Texas, a predominantly Mexican-American town on the border. My passion for music started when I joined band in middle school and started learning to play the trombone. At the time I thought it was just a fun little hobby but little did I know it would become my life long profession and lead me to this incredible path I’m on. I received my Bachelor’s degree in music composition from the University of Texas at San Antonio and immediately set my sights on film scoring. Ever since I was little, I’ve always been drawn to the music of film. Something about the melodies just resonates with me, and so I knew early on into my composition studies that I wanted to become a film composer. One day I finally got the confidence to apply to the Scoring for Motion Pictures and Television program at USC and was ecstatic when I received the email saying I’ve been admitted to the 2014-2015 class! USC was a life-changing experience that placed me in the middle of the film scoring world and gave me the tools I needed to start my professional career. USC is also where I met my fellow classmate and composing partner, Isabelle Engman. We became great friends and loved each other’s music, so we decided to create our own music scoring company. Now we are working film composers in Los Angeles and are thankful for the amazing connections we’ve made with talented filmmakers who’ve challenged us and inspired our creativity.”

Isabelle – “Early on, I knew I wanted to aspire for something bigger and to hit the greatest music schools out there moving forward. At sixteen I got accepted to a private music education in Stockholm and moved in a heartbeat, it was such a game changer for me! From there, I went to several educations within piano and music production. 2010 I steered into composing and scoring at the Royal College of Music, which led me to take a Masters in Film Composition at the Stockholm Academy of Dramatic Arts a few years later. Around that time I also had the pleasure of assisting Uno Helmersson, one of the most prominent film composers in Sweden. I got to follow him to Dublin to record their RTÉ National Symphony Orchestra, which I’m very thankful for, it really evoked my interest and passion wanna dig deeper into the orchestral world myself. Having years of experience in the music biz at that point, I knew USC and their prestigious scoring program was my next goal! After graduating in 2015, me and Gerardo teamed up, we had such an instant connection from start both musically and personally. After the studies, a recommendation from Garry Schyman (the world-known game composer behind games like BioShock and Dante’s Inferno) led to work for Somatone Interactive Inc., a company focusing on music and sound for android games. From there it basically took off, and we’ve been fortunate meeting amazingly talented creators and companies since, building strong collaborations.”

We’re always bombarded by how great it is to pursue your passion, etc. – but we’ve spoken with enough people to know that it’s not always easy. Overall, would you say things have been easy for you?
Gerardo – “There’s definitely been some struggles. Aspiring to be a film composer while still living in Texas was very challenging. There weren’t people around me who were doing what I wanted to do. So I had to figure things out and build my skills mostly on my own. Though the internet definitely helped! Film projects were also few and far between, but I’m very grateful to the Texas filmmakers who gave me a chance and gave me my start in film scoring. In LA, it’s very important to network and find connections. I’m not the best at that. I kind of just hope someone stumbles onto my music and wants to hire me haha. So that’s been a bit of a challenge. Learning the software that is involved in film scoring was another major obstacle. I wasn’t the most tech-savvy, so going from pencil and paper to DAW’S, MIDI, plug-ins, producing music, etc. was no easy feat. But I was determined to learn, and now it’s just another fun part of the film scoring process.”

Isabelle – “We’ve definitely bumped into different types of challenges along the way, all from learning about and getting contracts right to how to navigate in this position we are in, running a composing business. Having practiced our creative skills, our craft, for so many years, we had to take a crash course in the other parts you can say! For me personally, adapting to another system of living coming from abroad, has been exciting but at times very challenging! Being a composer in this field also requires a wide range of skills, me and Gerardo are constantly improving all from our musical skills to software and hardware knowledge, and there are only so many hours in a day!”

We’d love to hear more about your business.
Gerardo – “We created Suite Tracks Music back in 2015 after we graduated from USC. It is an all-encompassing music production company. We compose, record and produce music for various entertainment mediums including film, TV and video games. The thing we are most proud of as a company is the creative relationships we’ve formed along the way. To have a genuine artistic connection with these filmmakers and create a product that reflects that is something we cherish. What sets us apart is that we are two composers bringing our different backgrounds and strengths to the table. Our joint contributions make our music better as a whole and can be delivered in a more timely manner.”

Isabelle – “We specialize in creating music for all kinds of projects within multimedia.

Most recently we scored a TV pilot in collaboration with HBO, and director Ryan Zaragoza called Sterling, which will air on HBO soon. We’ve worked with Ryan before on his HBO airing short film Bebé, which deals with immigration issues, one subject that’s very close to us. I think coming from two completely different parts of the world teaming up, makes us stand out right there. To quote a director we worked with last year, Luis Iga: “The fusion of their diverse ethnic backgrounds makes their music out of this world.”

Our clients often comment on the emotional quality of our music – we both channel our different life experiences and emotional growth into everything we do. We also complement each other extremely well, I have a long background in electronic music, Gerardo comes from the classical composition, we meet in the middle and are all about that fusion and being innovative! That’s one thing I’m very proud of, us being two diverse creators, coming from minority groups, making it on our own.”

What were you like growing up?
Gerardo – “When I was little, I was really into art and would spend most of my free time drawing and painting. In my teens, I played a lot of video games and that played a big role in my interest in composing for entertainment media. I was a very shy and timid kid. I lacked confidence and would be really nervous meeting new people. It was through music that I was able to build my confidence and come into my own. Through performance, I began to feel like I can express myself and was happy to find something I really enjoyed doing. By high school, I really started coming out of my shell and became more outgoing.”

Isabelle – “I grew up in a small mining town in Sweden with about six thousand inhabitants, was a pretty shy music nerdy kid. I often felt that I “stood out,” since I was born with only one hand. I was always surrounded by music and grew up in a very musical family. In difficult times, music also became something I could escape to and express myself through. Remember my dad’s told me his first thought when I was born was “dang, now she won’t be able to play piano” (he’s a musician himself). But I proved him wrong and started practice seriously around six years old, and it just went on from there!” 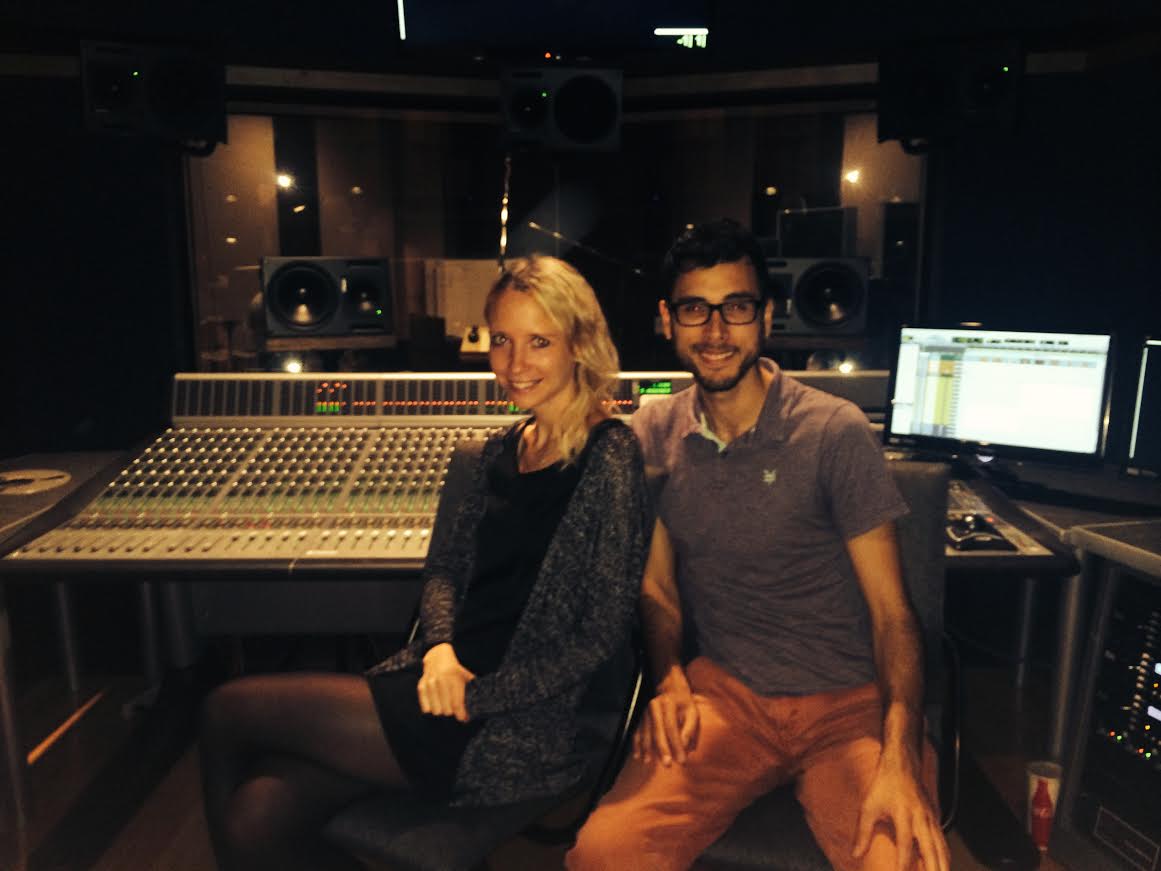 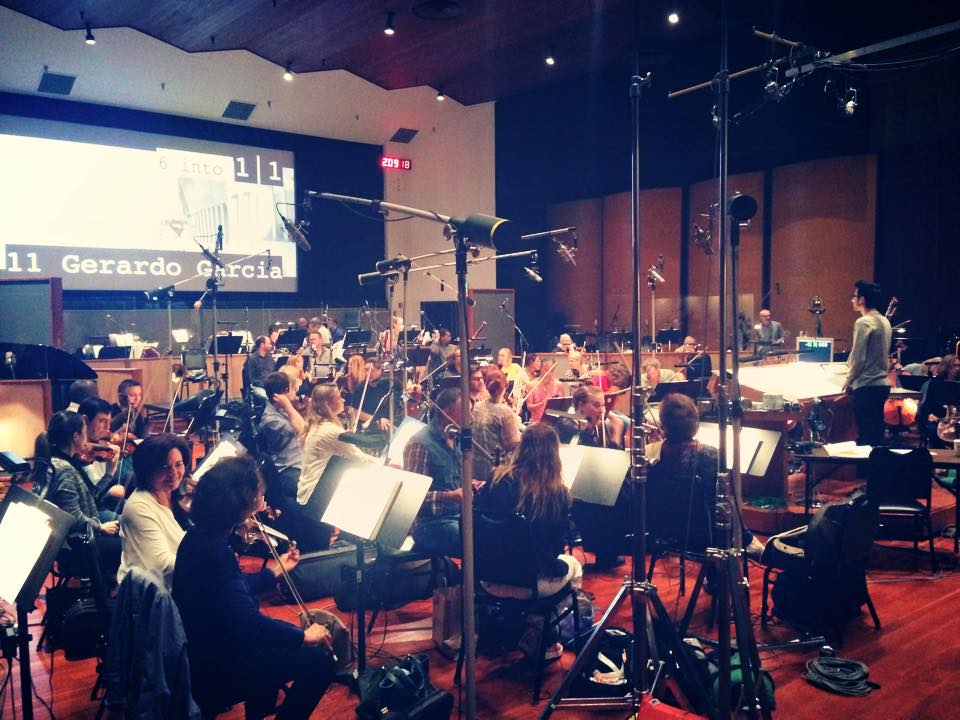 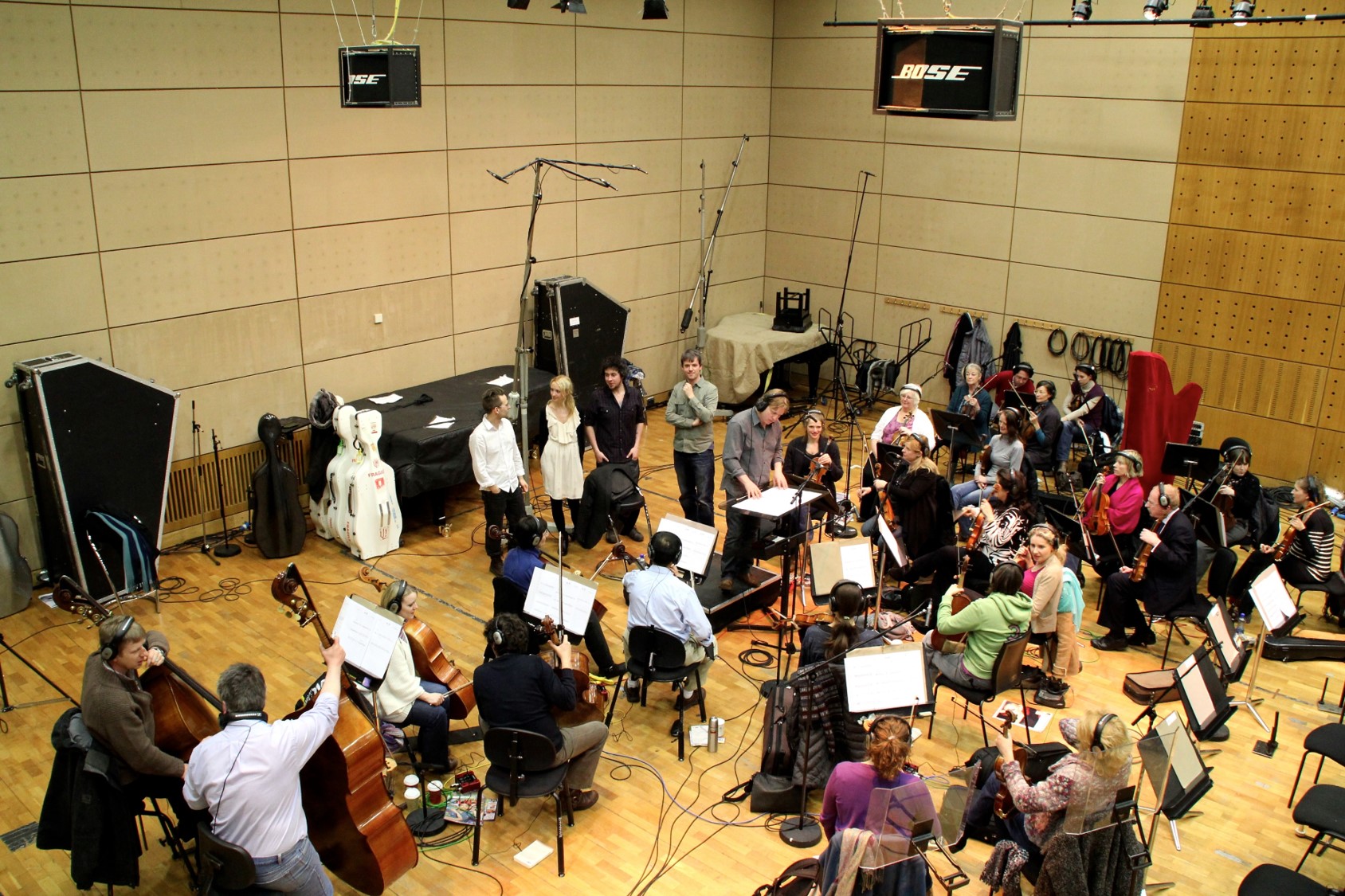 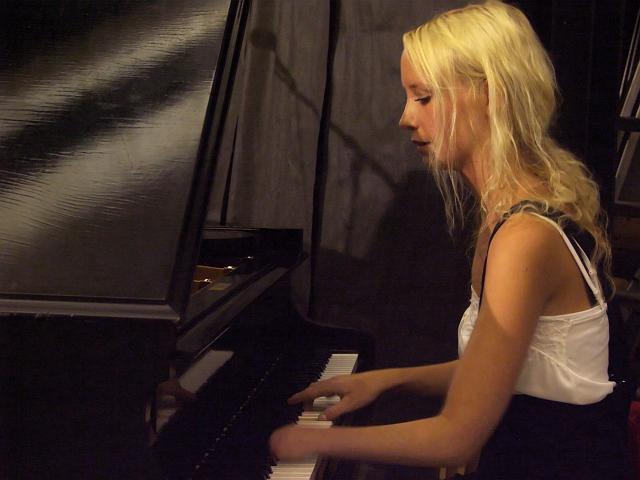 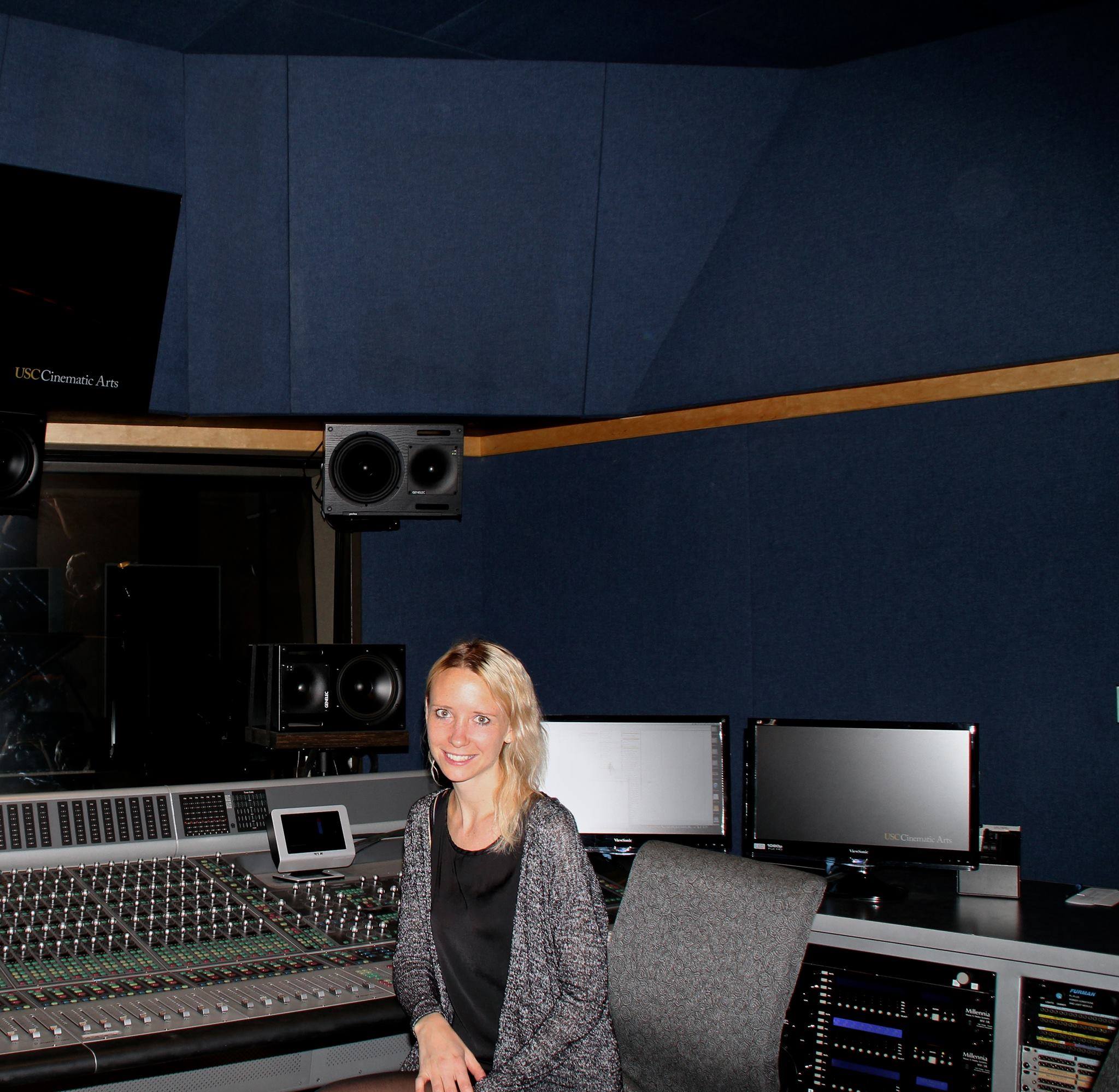 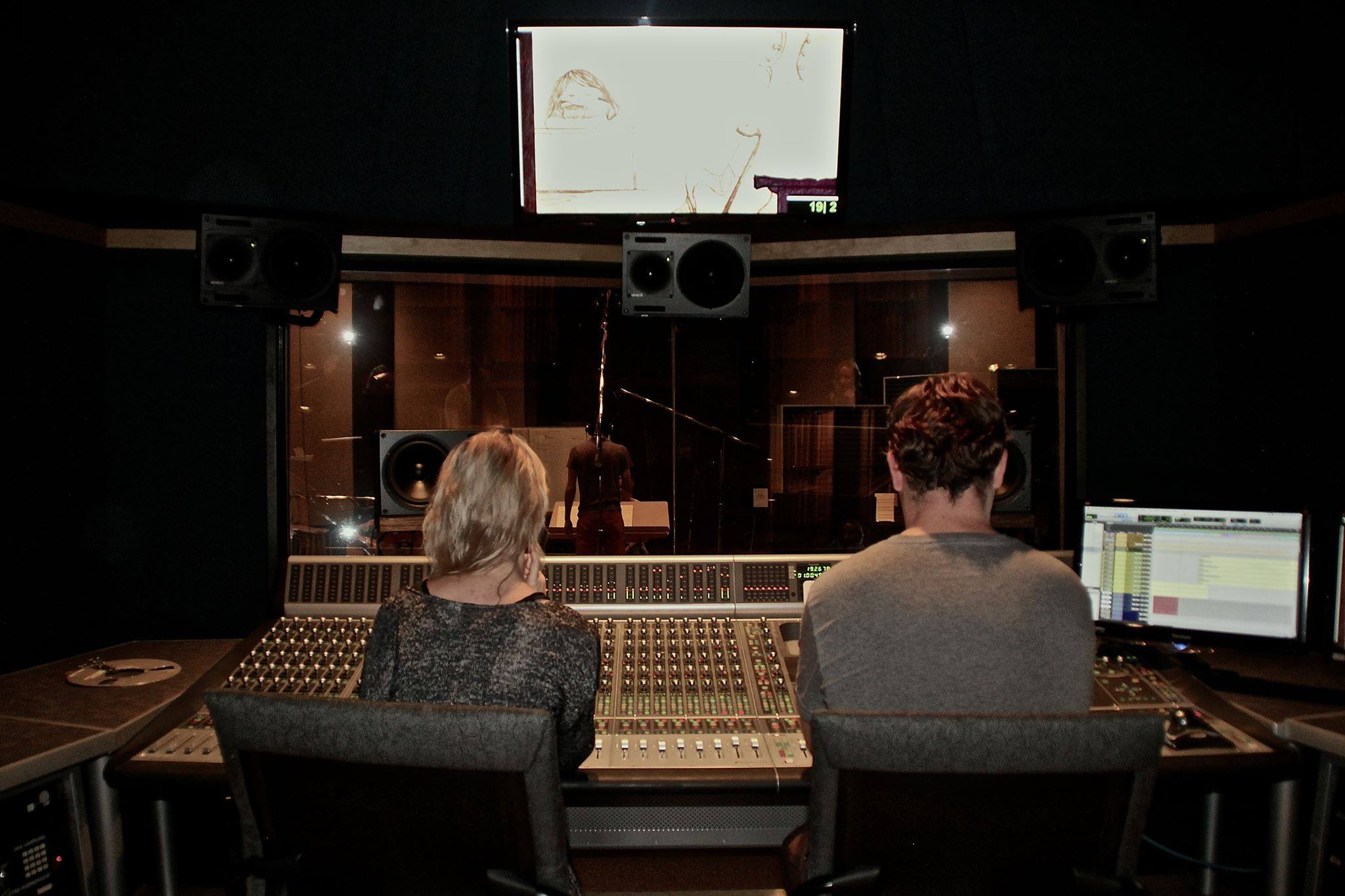 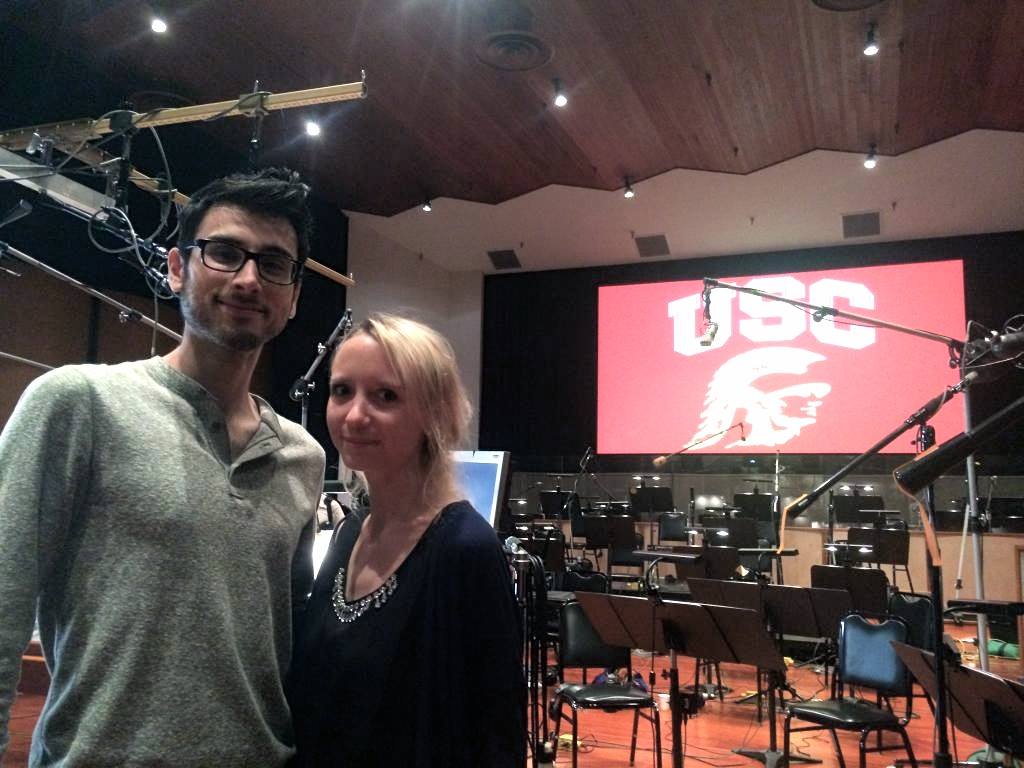