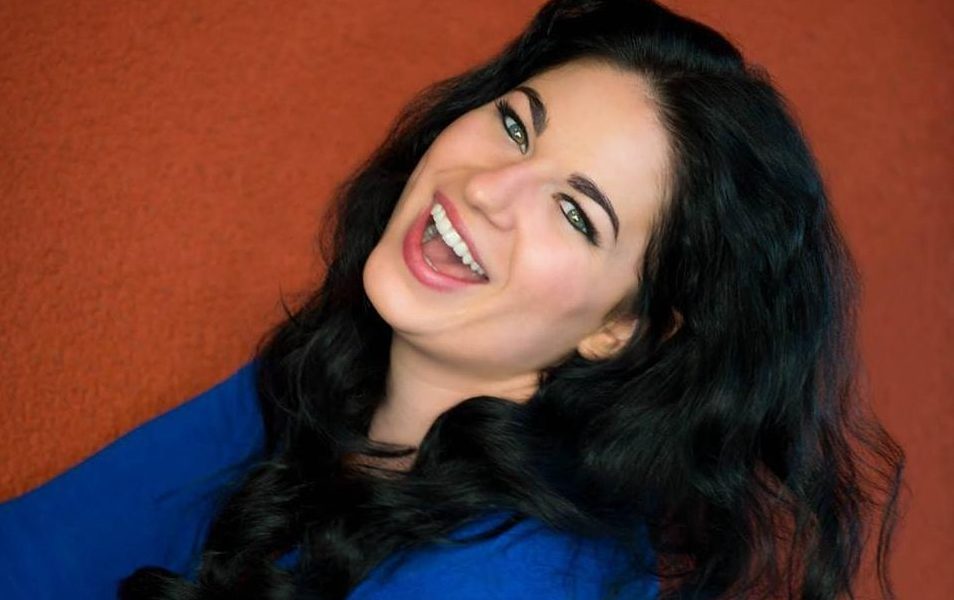 Today we’d like to introduce you to Genevieve Flati.

So, before we jump into specific questions about the business, why don’t you give us some details about you and your story.
I am Genevieve Flati, the Creator and Director of (Wo)men Rule Broadway. I also have a Co-Creator, Kelly Rogers. I believe that bullet points are much more user-friendly, so I will just bullet point here on out, but will happily provide further detail if asked!

-From Orange County, Graduated as Salutatorian from Mater Dei HS.
-Went to Chapman University as a BFA in Theater Performance and Vocal Performance.
-Dropped out after sophomore year because I was cast in the Ringling Brother Circus National Tour as a Clown.
-Lived on the circus train and toured America and Mexico for 2 tours, performing in arenas such as the Staples Center in LA, and the Barclay Center in NYC.
-Worked as a performer and puppeteer for Disneyland and Disney Junior Live on Stage for almost 6 years.
-Puppeteered with the Jim Henson Company.
-Still works as a puppeteer for film and stage shows in LA.
-I studied at every improv and comedy school I could, UCB, iO West, Nerdist, The Clubhouse, The Space Station, and several others so I could get a diverse education in comedic theory.
-On a house improv team called Improv Shmimprov and perform every Friday night at The Maverick Theater.

Specifically for (Wo)men Rule Broadway:
I have been in musical theater my whole life, and always hated the roles for women, and often asked to audition for the male roles, because they were better or funnier. After I came back from the circus and started auditioning for shows as an adult, I had the same issues that I had as a kid and teenager. I decided I wanted to put on a Cabaret/Musical Theater review show where women could perform any song or role they wanted, regardless of gender or race.

I asked my close friend and fellow performer Kelly Rogers if she was interested in helping me, and she came on as a Co-Creator. I polled several all-women facebook groups to see if there was any interest in this kind of show, and I was hit with a flood of responses. So many women were into the idea and asked to audition. Kelly and I recorded a Kickstarter video and raised the money to put on the show. We posted auditions on Backstage.com and auditioned over 350 women for the show we cast 6 other women.

Shortly after, I received a message from Tara Strong, the very famous VO actress (Rugrats, Powerpuff Girls, Teen Titans, etc) saying that she and her friend EG Dailey (another incredibly famous VO actress) would like to audition for the show. After a few more messages, we set up a time, and they were in. They were incredibly talented, gracious, generous and wonderful people.

We performed 3 shows at the Let Live Theater in West Hollywood, with a live band, costumes, choreography, lights, mics, etc. A major production. We sold out each show, with a high demand for more. I asked each woman what song she would like to perform and why. I hosted/MC’d the night and told the audience about each performer before her solo number and why she picked the song she did. We had zero songs about romantic love. Almost every single song was about personal goals or struggles. Not romantic love.

I also pointed out that women of color have it much worse in the entertainment industry, as they have to deal with racism and those stereotypes as well. Right now I’m making it sound like we are a crazy, man-hating, super depressing production! HA NO! It was a super fun and comedy filled night, I am a comedian, and would not ever allow for a depressing night!

I wanted (W)RB to be about change for everyone. So our next show that we have planned with have men in the cast too. Men have their own battles. Pressure to look and act a certain way, never show emotion because it is “weak,” etc… (W)RB is about giving people of any gender, race, education, socioeconomic background, whatever… an opportunity to shine in a way Hollywood and Broadway has never allowed.

We want women to be strong and sing about their goals and minds. Because being married or looking sexy is not what makes a woman a woman. We want men to be silly and vulnerable, and to sing about how they feel. Because having a six-pack or hunting and fighting is not what makes a man a man. We want PoC to be seen as equal human beings, with full intelligence and respect and honor in the roles they are offered.

We want to use our art to fight back in these times of difficulty in our country. We want to show that we are all more similar than we are different. No matter our race or gender. We are all human beings. We have started to film music videos that will soon be released to our social media platforms, that feature men and women of all gender identities and races. We donated a portion of our proceeds to The Downtown Women’s Center after the live show. I intend to always donate to some kind of charity after any live show I create through (W)RB.

Putting on live shows is always a bitch. But the main struggle is always MONEY. I always pay my crew and performers, I get professionals, and pay them professionally. People have a habit of not paying artists. Not me. I pay anyone that works for me. SOOOOO that costs money. We are always looking for Angel Investors and Donors.

So, as you know, we’re impressed with (Wo)men Rule Broadway – tell our readers more, for example what you’re most proud of as a company and what sets you apart from others.
I kind of covered this in the other paaarrrtttt hahaha, buuuuut essentially:
-We put on live shows as well as record music videos of famous musical theater songs, but put someone of a different gender and/or race in the lead.

-We want to provide opportunities to performers that have been previously denied to them because of their gender and/or race.

-We aim to fight racism and gender stereotypes for all peoples by making the world see them in a different role, literally.

Let’s touch on your thoughts about our city – what do you like the most and least?
I love that people want to make here. Create.

TRAFFFFFIIIICCCCC IS A NIGHTMARE FACTORY. 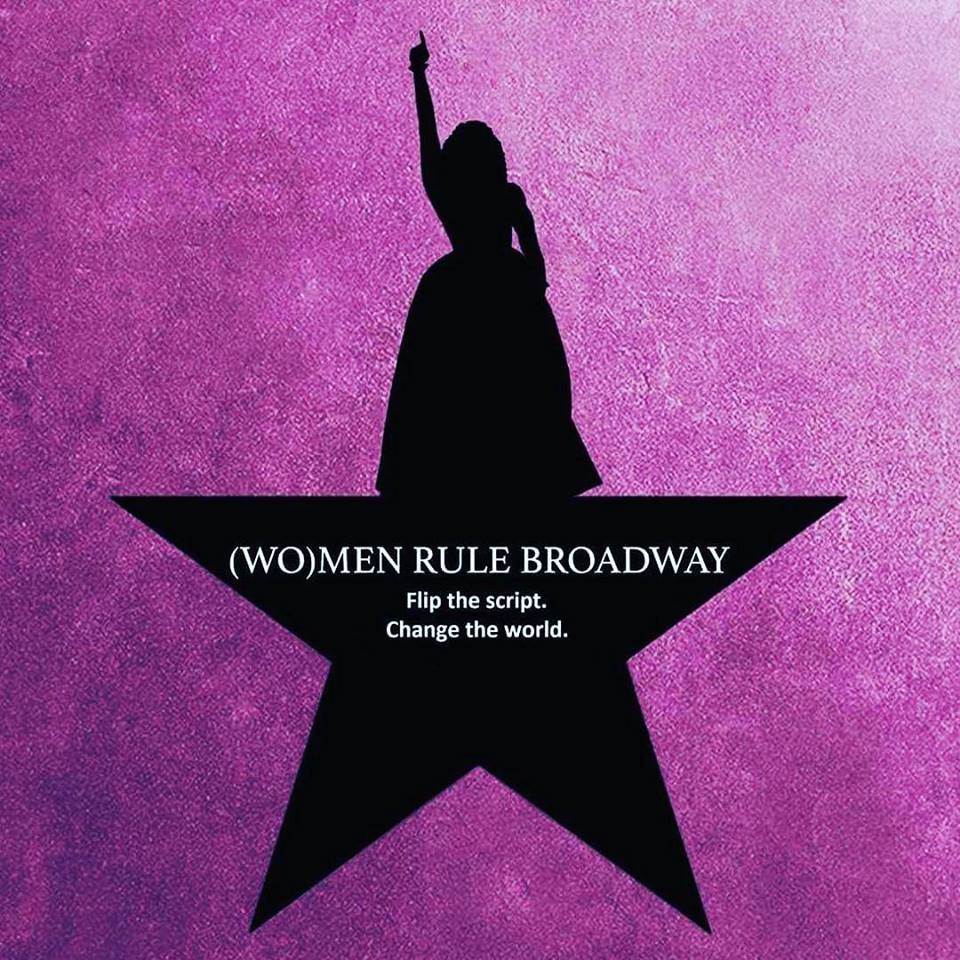 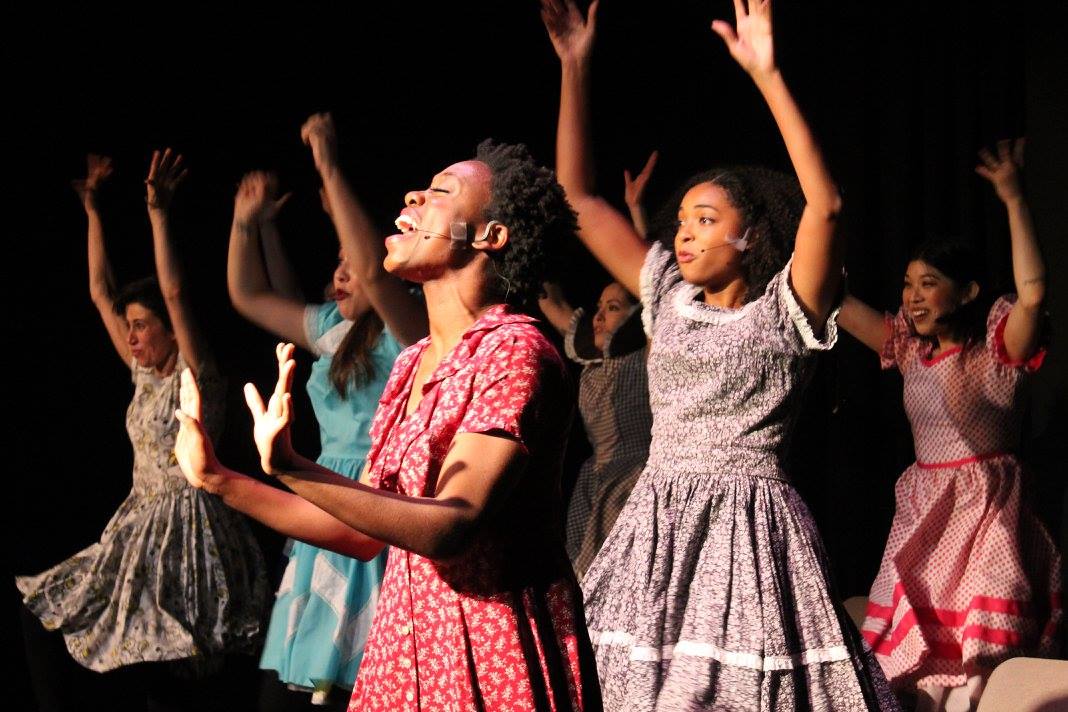 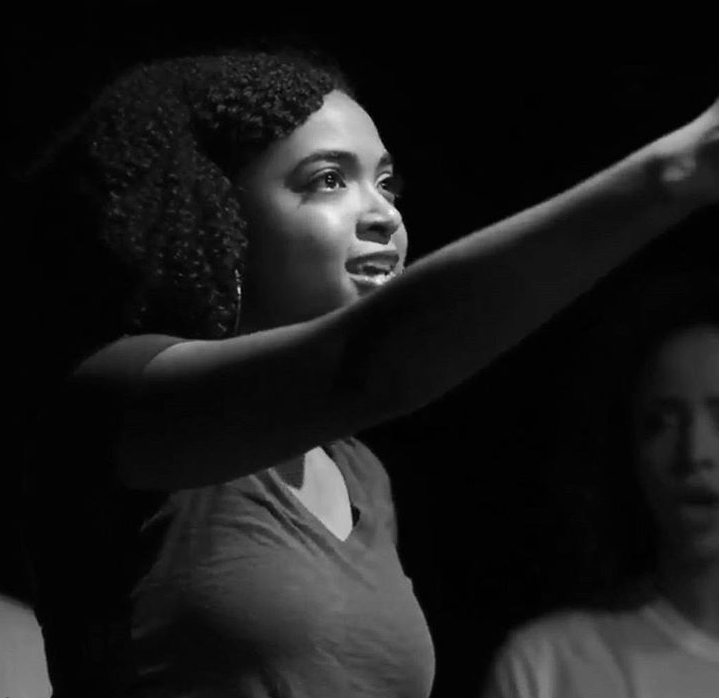 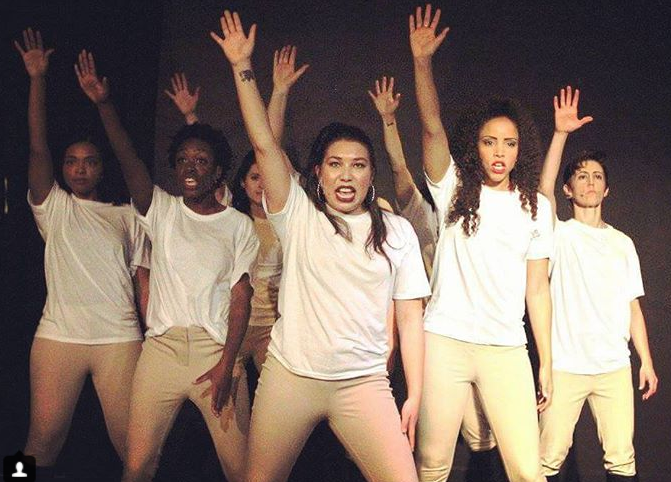 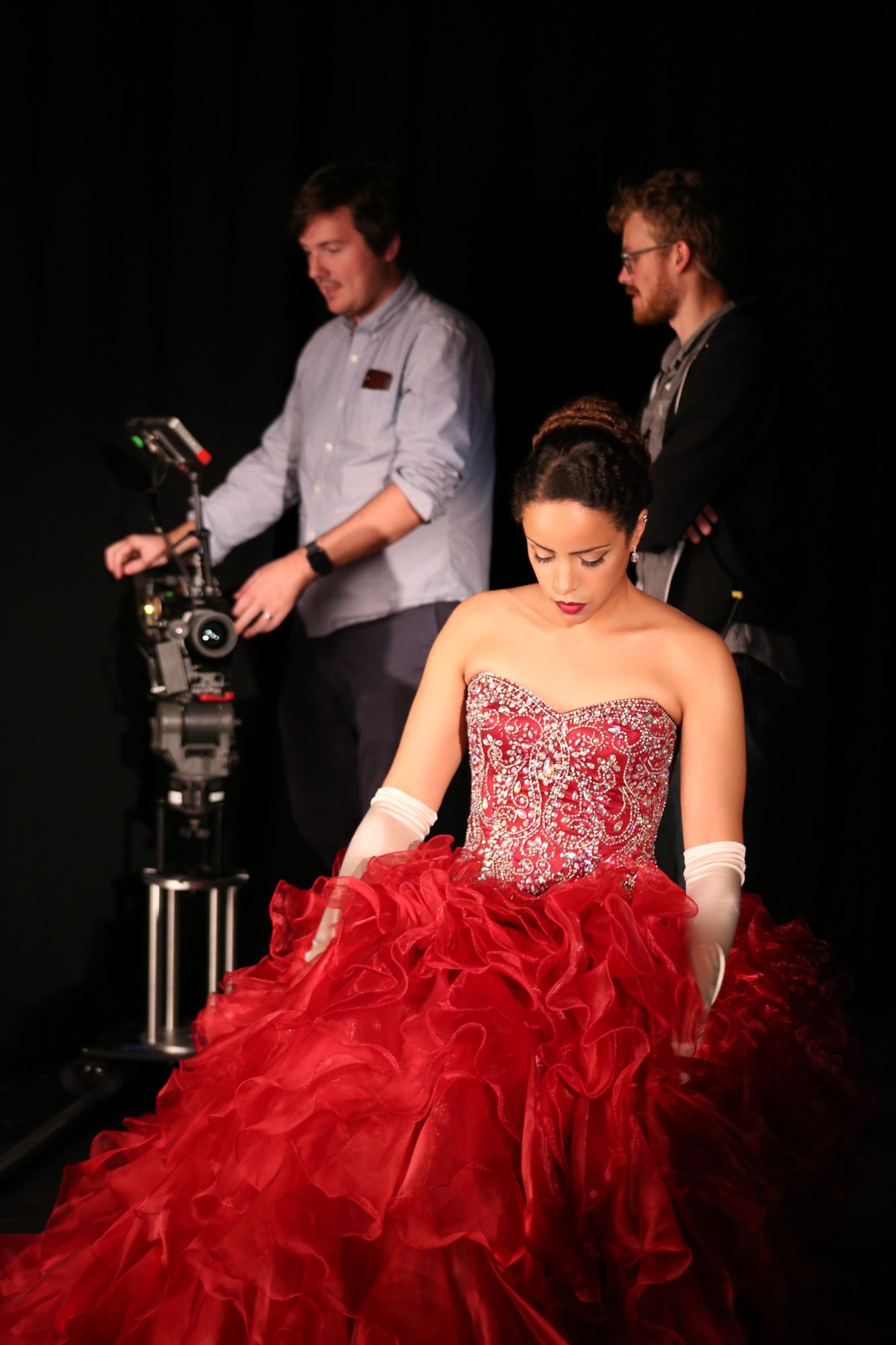 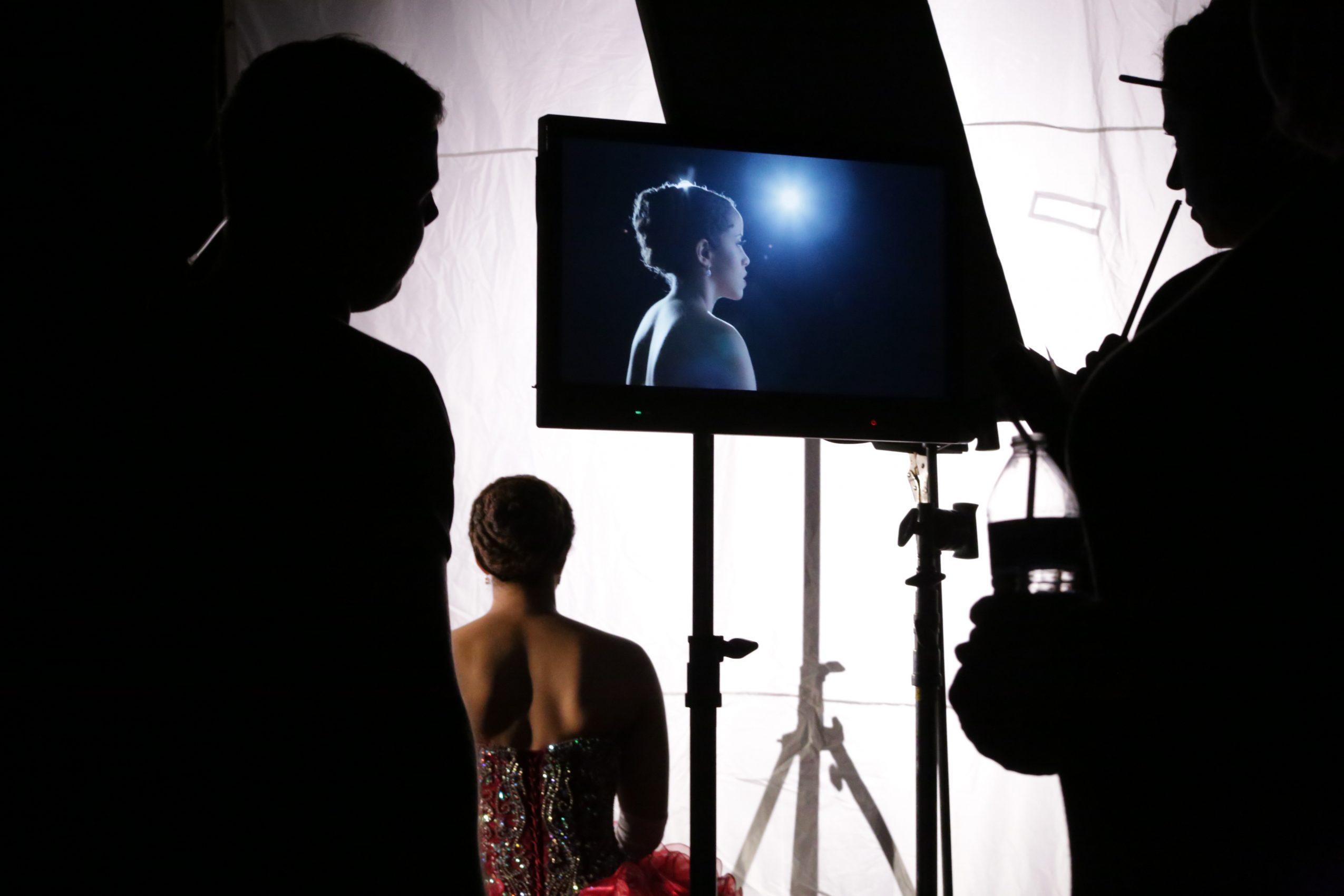