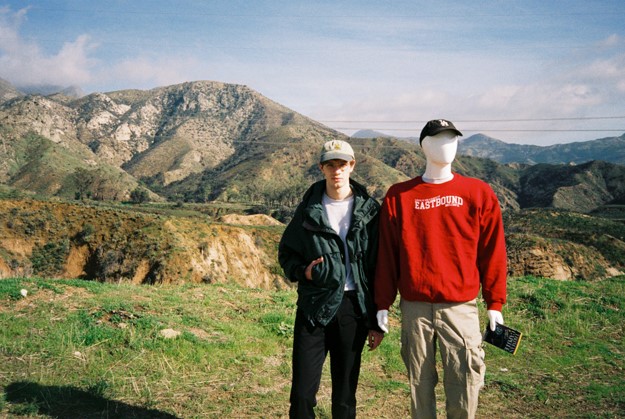 Today we’d like to introduce you to Gatsby Keyes.

Gatsby, please share your story with us. How did you get to where you are today?
Back in 2016, my friend Emet and I studied abroad in Budapest, Hungary. It’s a city that’s in an aesthetic clash of cultures, due to its political history. This sparked an interest in this kind of clashing culture, that became something unique, instead of going into chaos. These thoughts kind of just circled around in our heads when we returned. I personally then became more interested in Photography, graphic design, and screen printing, letting my desire to be a screenwriter fall to the wayside.

I spent the last two years of my college years studying visual arts, but I still had my influence of narrative instilled in me from my screenwriting classes I had to take to finish my degree. This is when the first ideas of what would become Eastbound came from. I grew up in Denver, so every semester I would drive to LA, and back to Denver at the end of term. The route would take me on the North I-15, through Nevada, through Utah, before joining up with I-70 to Denver. These drives became hugely influential in my visual art, as I started depicting more and more natural themes. Growing up in Colorado nature was a huge part of my childhood, so between my upbringing in the Rocky Mountains, and these drives through the Mojave, a very natural aesthetic took place. This aesthetic directly clashed with my urban life in LA. This love of the modern, and metropolitan and a yearning for the simple, rural aesthetic was the cultural clash that inspired Eastbound.

For the past year since my graduation, I have enlisted my friend Emet Murillo, a screenwriter, Jamal Reeves, a Film Production Major, and I’ve reached out to a few more Graphic Design, Writing, and Photographer friends I’ve made. It started as an idea for a clothing brand, but then we wanted to do videos, and podcasts, and radio shows, and pretty much anything else we could get our grubby little hands on.

This leads us to where we are today. We’re working on creating content for a quarterly print magazine, with digital bi-monthly more specialized issues. We are trying to plan out a narrative that is told through short, minute-long films that will hint at a larger, fictional world, through small glimpses of normal life in this “Eastbound” world. We are trying to put together a regular podcast, eventually with the idea of having an online radio show to share music we enjoy, or that our friends create.

We’ve gone from an idea of a clothing line to more aspiring to be an umbrella-like Art Collective. A name that we can publish, share, and create art in our respective mediums for. Everyone has the complete creative and aesthetic freedom, and that’s the beauty of it. I may shoot portraits depicting a mixture of rural, and urban lives, while someone else may shoot more editorial, glamorous studio portraits. They’re completely different based on personal taste, but they’re both Eastbound.

Currently, we have a small collection of clothing available online, with plans to release our first digital zine in the next few weeks, and have our first print issue out sometime this summer. Our first video project will come out around the same time as an expanded collection of clothing in the next two months. Our podcast and radio projects will likely be ready by early fall.

Eastbound is just a place where we can all do what interests us, and have the creative freedom to shoot, or film, or record however we want, as long as we are making what we want to make.

We’re always bombarded by how great it is to pursue your passion, etc – but we’ve spoken with enough people to know that it’s not always easy. Overall, would you say things have been easy for you?
It’s not been the smoothest ride. In the most basic sense, it’s hard to get an art group off the ground financially. There are things like website domain and hosting costs, e-mail hosting costs, film development, video budgets, clothing production costs, etc. That all cost money. I have had to work three part-time jobs, as an E-com photographer, a Photo studio assistant, and a data entry job in order to fund this. This has made my time scarce to work on these projects and drained my creativity in a lot of ways. It’s hard to work all week on photography, and still find the time and energy to fill my weekends with personal shoots. It’s also hard because I have all these other people making things, shooting projects, filming videos, modeling for us, and I don’t have the money to properly pay them.

It’s a running joke in the industry that people are always expecting photographers, videographers, designers, etc. to work for free or for “exposure”. I know first hand how frustrating it can be to not be paid for my work, so It’s been really difficult for me personally asking my friends to help out and create things for Eastbound without being able to give them the pay they deserve.

An example of this is our debut commercial we filmed a few months back, directed by the wonderful Elizabeth Archer. Between equipment rental, location rental, food, transport, and permits, we racked up about 1000$ in expenses. I paid for this since it was for my “brand/company/whatever we are” but I felt guilty everyone did it for free. The director, the Producer, the Actors, the DP, the Editors, they all did amazing work and created something that I’m so proud of, but I wish I had the money in order to properly pay them. I know they all did it to have stuff for their reels, but I still wish I didn’t have to just ask my friends to help me out, without giving more back to them.

So personally this has been the biggest issue. How can I expect the people around me to help me with this idea, but luckily I am surrounded by incredibly kind, talented friends who have supported me, worked with me, and get this thing off the ground. Maybe it’ll take off, maybe it won’t, but at the very least I can say that my friends and I have created some great things. So that definitely makes it a bit easier.

We’d love to hear more about your business.
We are a group of photographers, cinematographers, directors, musicians, stylists, graphic artists, writers, and models who want to have a space to create things for ourselves, and as a collective to collaborate with.

In short, Eastbound is the work we create with our friends who also want to create things.

An example of this would be my friend Jamal would have an idea for a Hoodie. I then would design and print the hoodie. Emet would come up with an idea for a photo or video with the hoodie in it, and we would cast, shoot, edit, and publish it. It’s the coalition of all of our different interests, into one vehicle of creation.

You like music and would want to make a weekly radio show to share obscure genres of music? Let’s figure out how to do it and call it Eastbound Radio. You like graphic design and clothing production? Alright, let’s make some clothes and sell them. You love print media, and want to produce digital and print Zines to share writing, pictures, and articles? We’ll make Eastbound.mag.

That’s what I’m most proud of, the fact that I can give a hoodie to my friend to take with her while she travels Europe, and she can shoot it however she wants. She could come back with five rolls of film of photos, or a few pictures she took on an iPhone. It doesn’t matter as long as she has the option to shoot something if she wants to. This creative freedom is rare in my opinion. A lot of art is being hired by a magazine, or a brand, or something, and having to shoot in their style. Make something for them. Eastbound is making something that you want to make and having a group of people to share it with.

That’s what sets us apart. We all have different styles, desires, goals. Some ideas will fall apart, some will take longer to do with others, but at the end of the day, we make it anyway. If you have an idea for Eastbound, you have the ability to set it up, do it, and put it out there. In some ways, it’s creation for creation’s sake, and I think that’s something to be proud of.

What were you like growing up?
Growing up, I was always interested in fictional worlds and how they would be like to live in. Science Fiction was the genre of my choice. When I watched Star Wars, I was of course interested in the lives of the Heroes, but I was also just interested in the world as a whole. To me, it was just as interesting what fictional companies made the fictional materials that were used to create the death star. Some pretty obscure stuff. I would read books and watch videos online delving into these deep cuts of lore.

This culminated in my interest in world creation and wanting to go into film making. It was my dream as a kid to be able to develop a movie series like Star Wars, with a deep in depth world that could be explored through video games, books, and comics.

Personality wise I was pretty quiet as a kid. I made friends easily, but I’m very introverted as a whole. My whole life I’ve always had a handful of really close friends, and then been mostly amicable with others. I was always pretty laid back and easy going, but I would rather sit with a handful of friends than be super popular.

I’ve always been very introspective, and I’m pretty quiet when I’m in large groups or crowds. I’ve always gotten along better with women than with other boys, which is something I would be bullied for in my younger days. I’ve always struggled maintaining a group of guy friends, something I didn’t really have until college. Now my friend group is much more mixed in that way.

Other than that, I was a pretty run of the mill kid growing up in Denver. I would skateboard with my friends, play soccer after school at the local park, and worked fast food. I had/have a very loving and supportive family, who always encouraged me to pursue my interest in writing, drawing, and photography. I’ve been very fortunate. 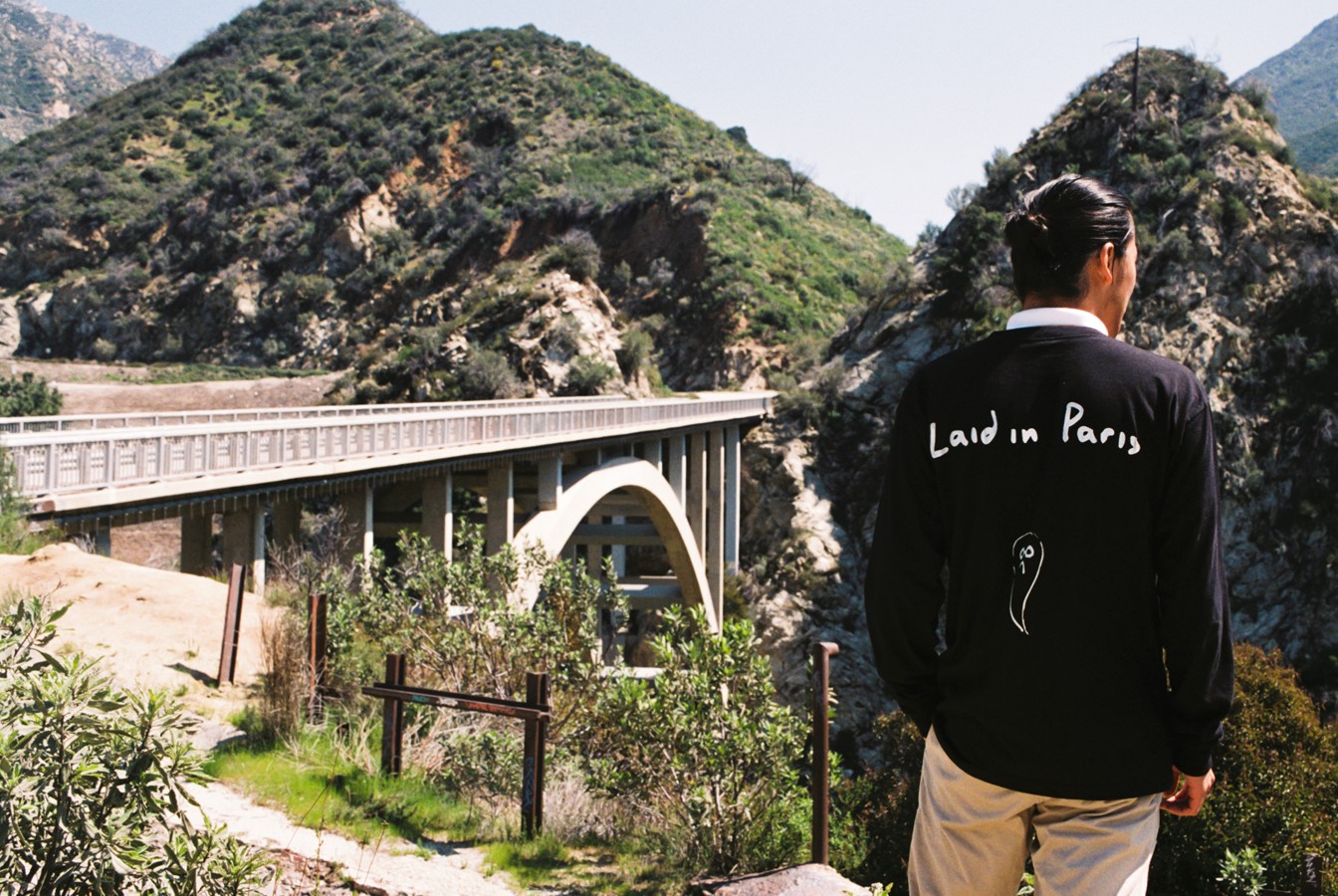 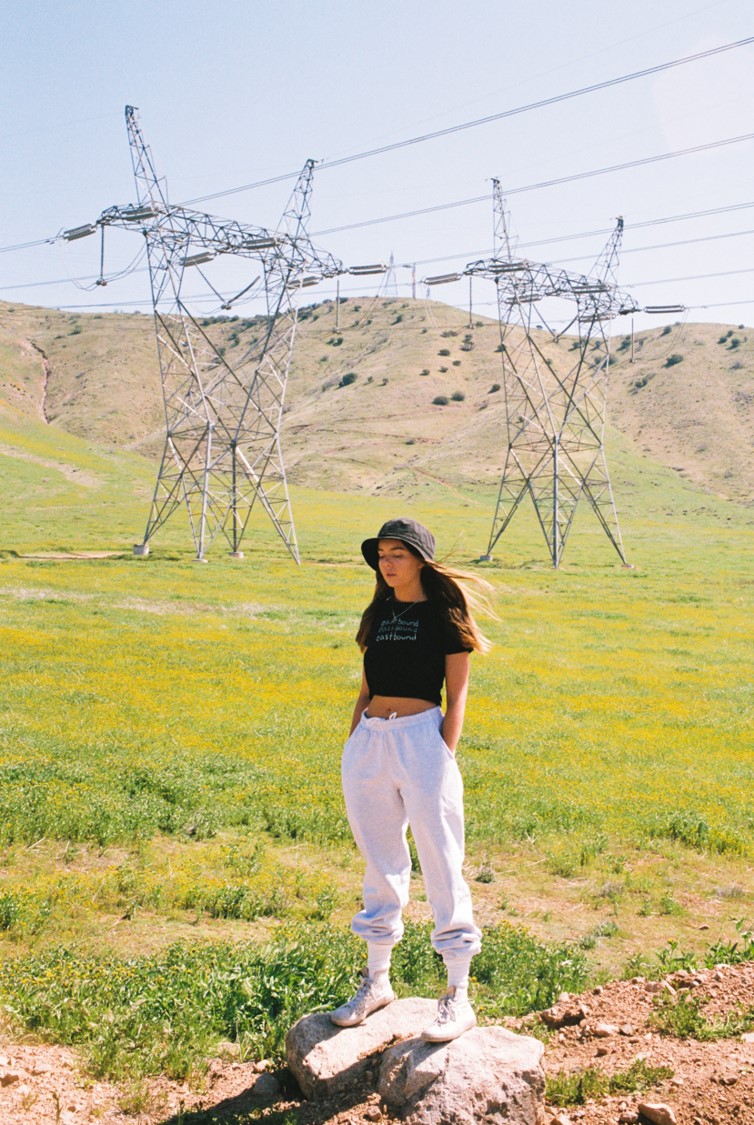 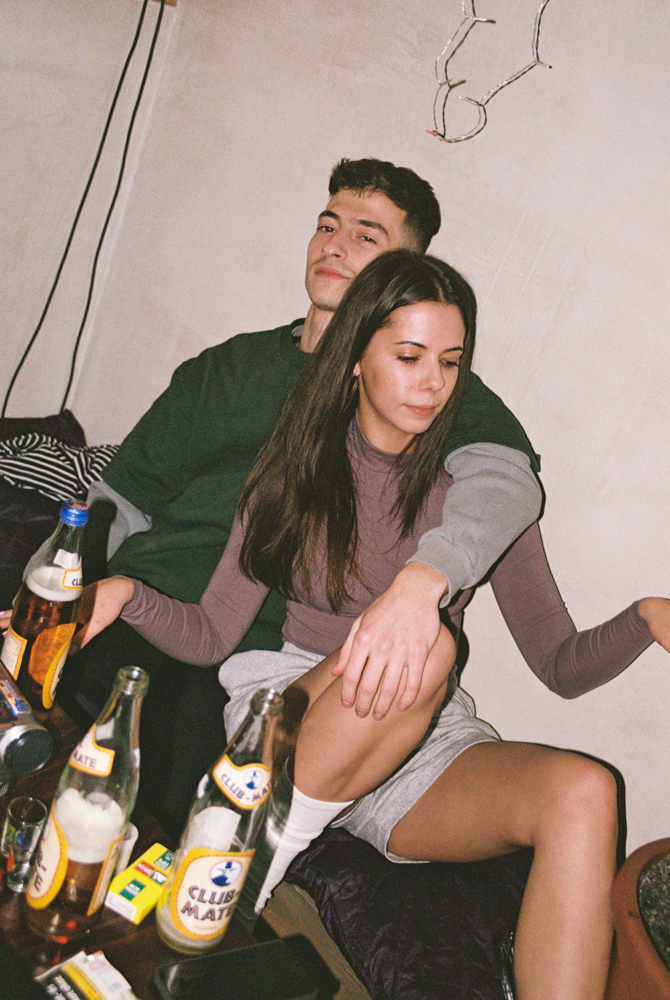 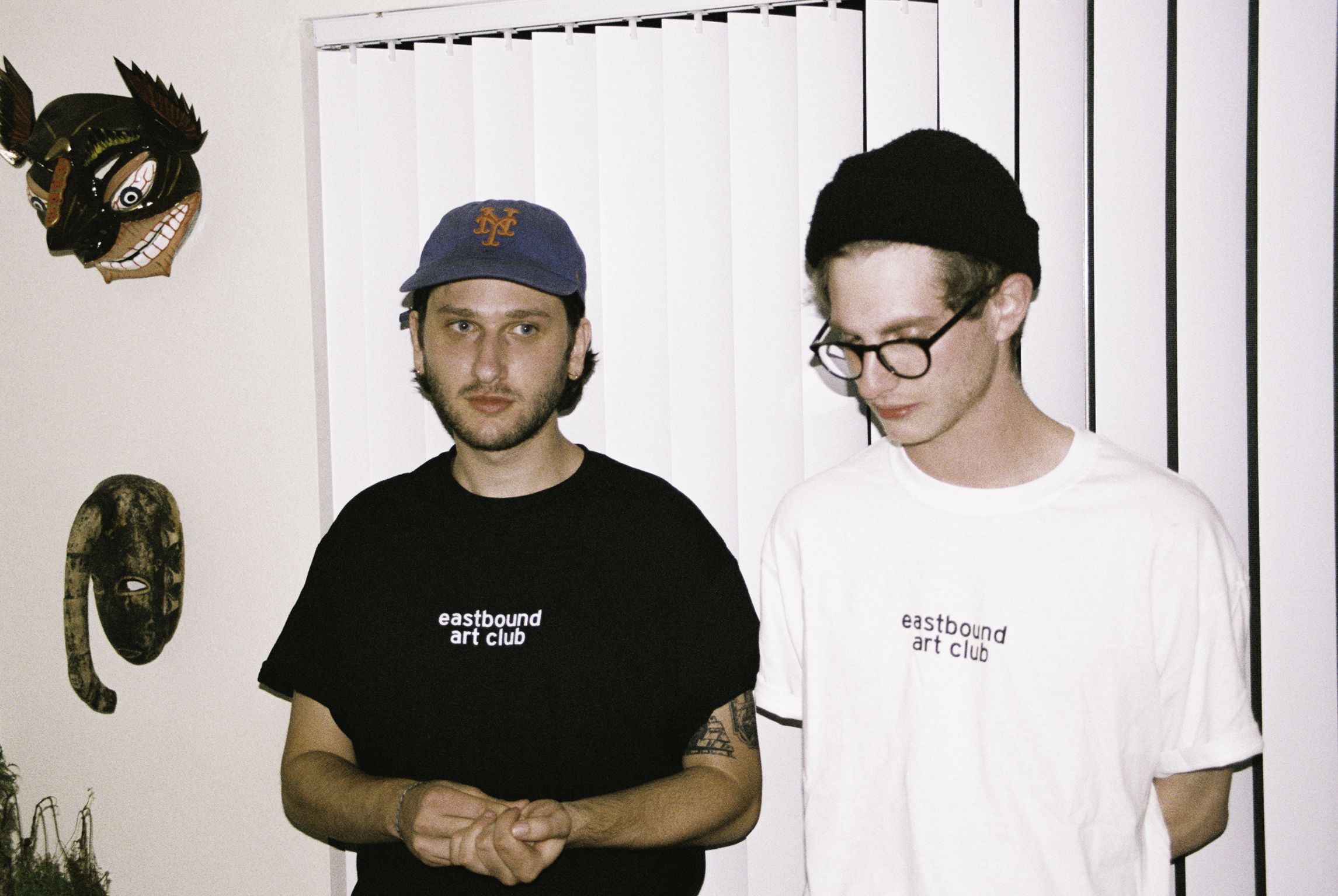 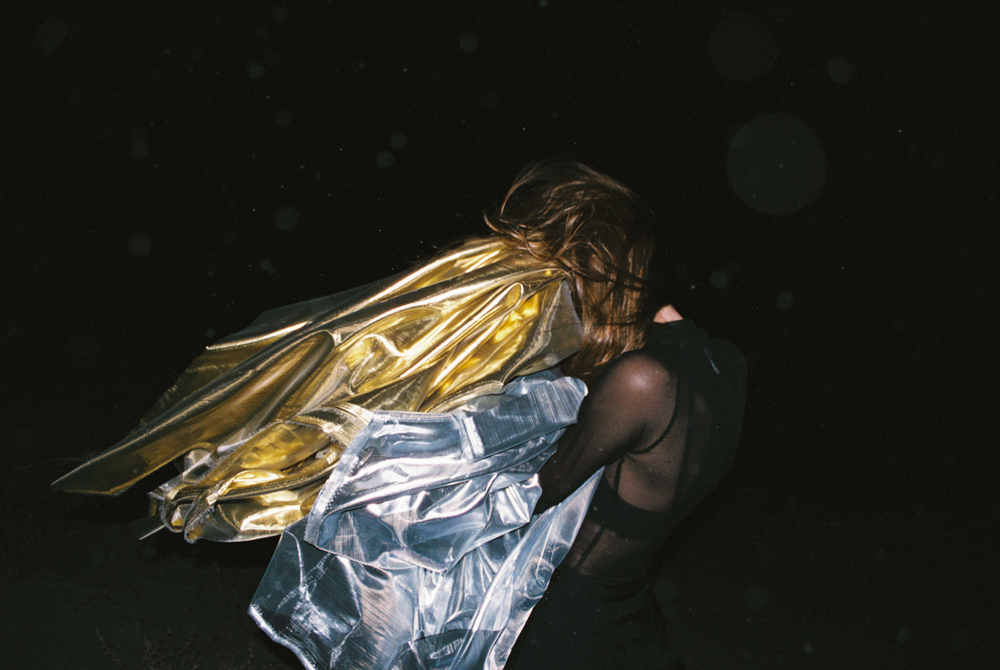 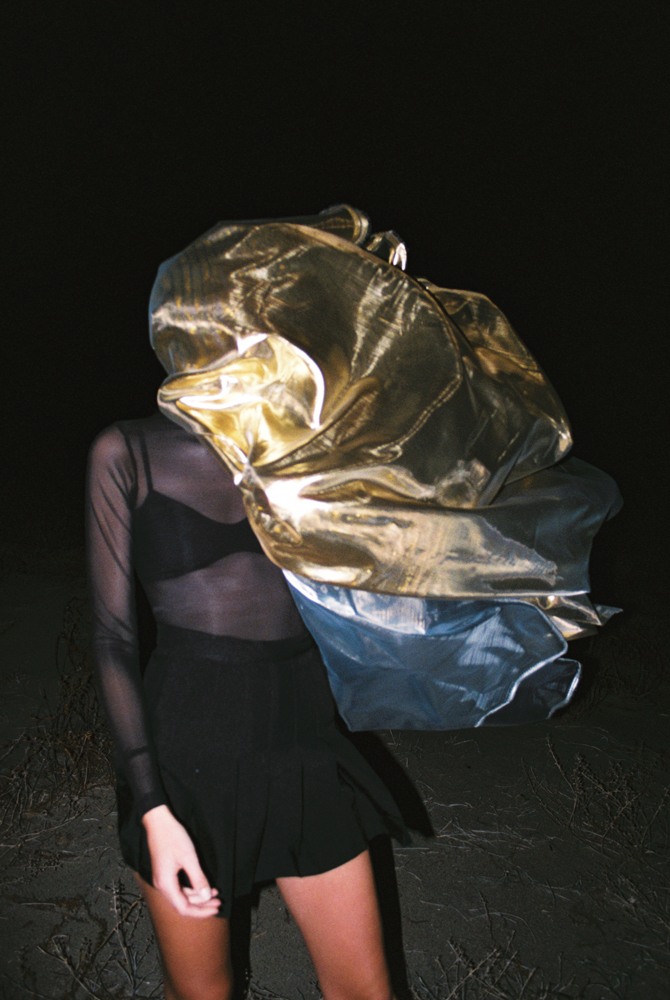 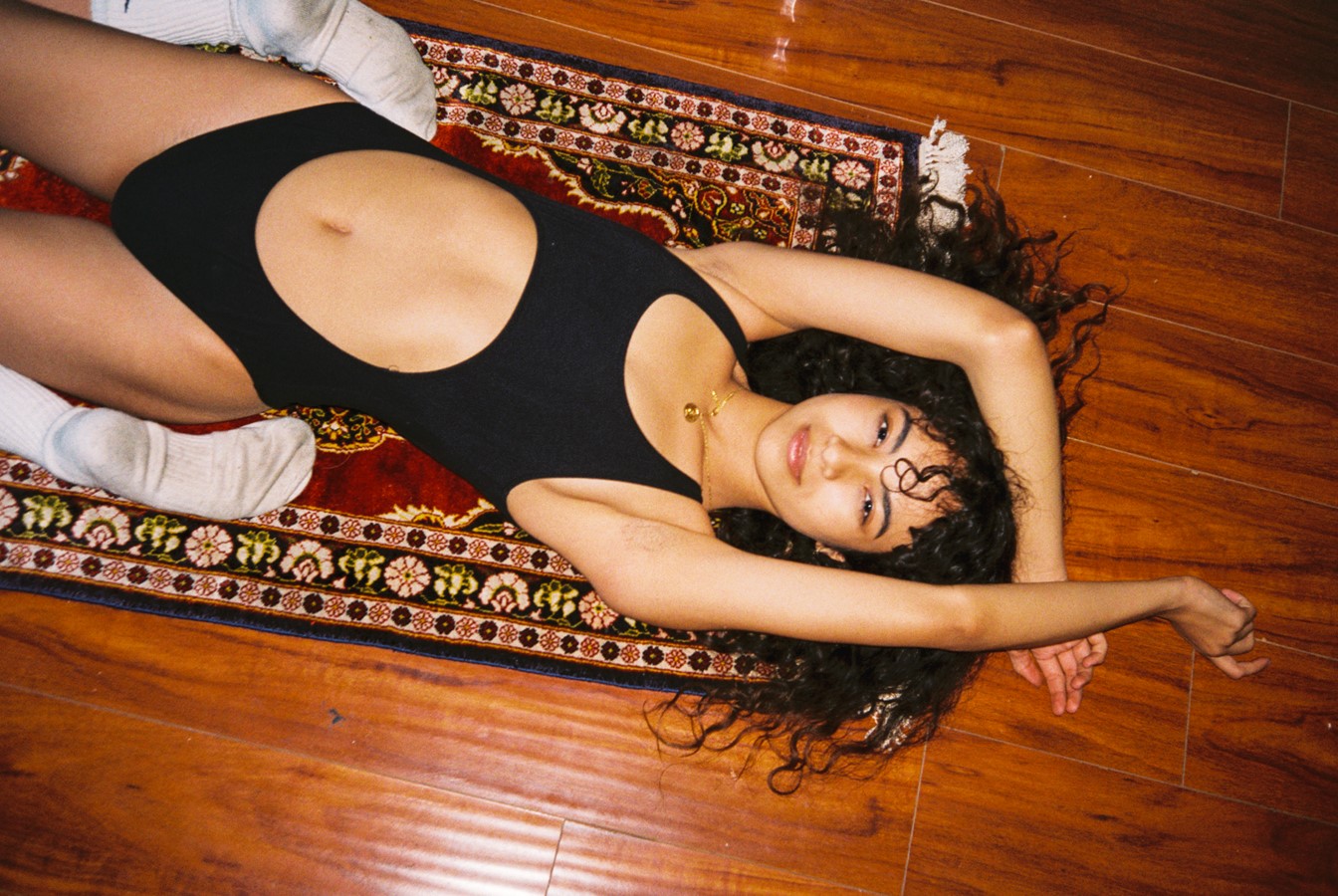 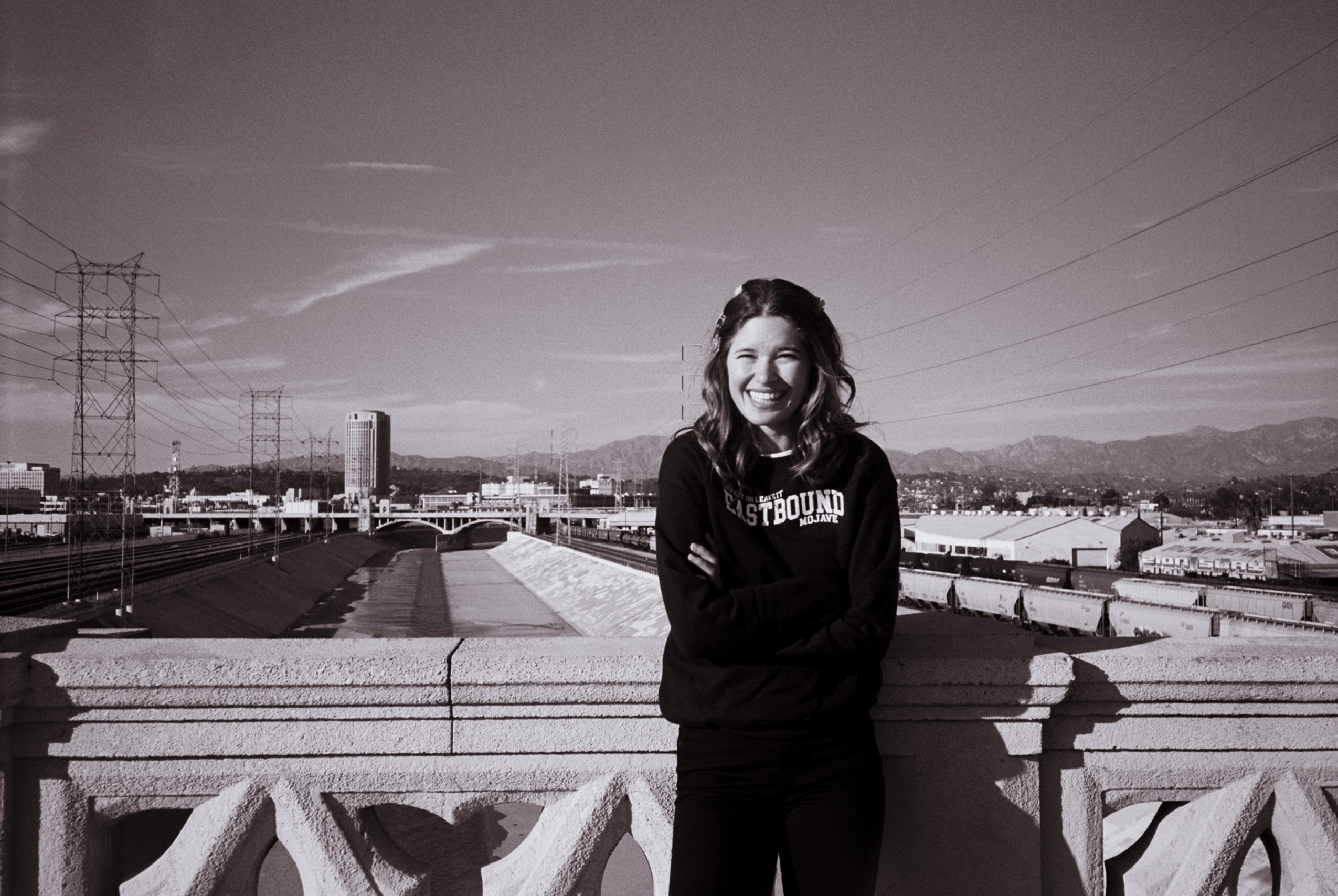