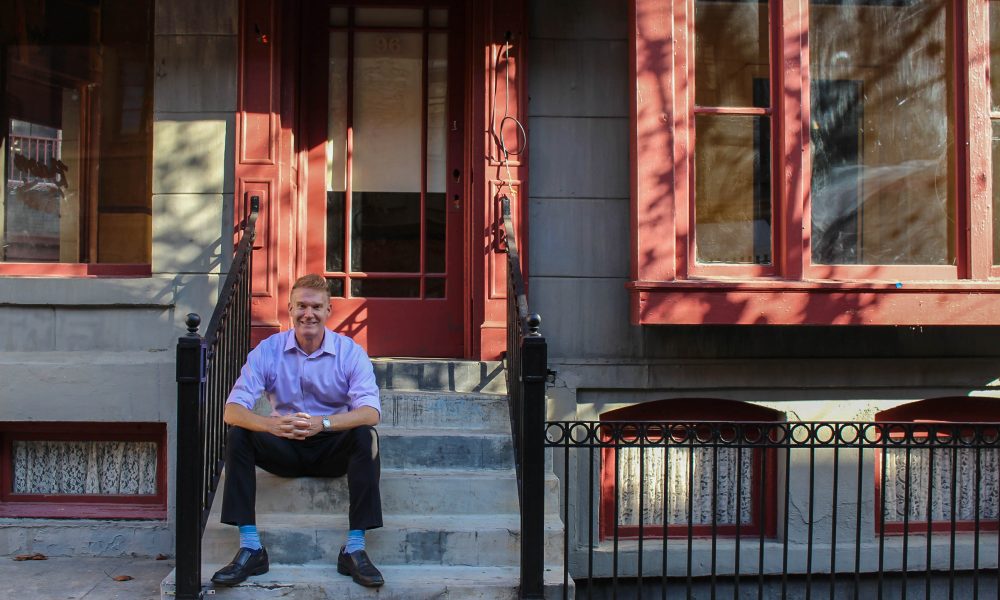 Today we’d like to introduce you to Gary Soloff.

Thanks for sharing your story with us Gary. So, let’s start at the beginning and we can move on from there.
As a native Angelino, I became interested in travel and tourism at a very early age. My first job at 15 was at Six Flags Magic Mountain, where I spent an 8-hour shift placing Thousand Island dressing, 2 pickles and shredded lettuce on hamburger buns. To this day, the smell of Thousand Island dressing reminds me of the food stand, “Time Out,” in the park. From there, I moved up quickly through the ranks and by the time I was heading off to college, I was managing a few food service locations within the park. The attractions business seed had been planted.
After college, my passion for travel and tourism continued and I joined Southwest Airlines as the airline was beginning a massive expansion within California. It was a fantastic job that ultimately had me move to Dallas to work in marketing in their general offices. I was bit by the travel bug and for the next 25 years I jumped at various opportunities that enabled me to explore the U.S. and the world.
From Dallas, I moved to Denver and then took a chance to work as a marketing consultant in London and Amsterdam. It was the height of the dotcom boom and jobs were aplenty. After my consulting gig ended, I ventured to NYC and worked at DoubleClick at the beginning of the burgeoning digital ad agency. Shortly after arriving in NYC, the dotcom bubble burst and I found myself looking for something new to do. I ventured back to LA and went back to aviation for the next 15 years. I worked with great brands such as American Airlines, Air New Zealand, and even spent several years in the private jet industry with Bombardier and Cessna. This cumulative experience had readied me to take on a new role and go back to my roots.
The opportunity at Warner Bros. presented itself really out of the blue and I was not looking for it. I was actually on the studio lot tending to Air New Zealand business when I was given a pass to explore the studio after a meeting. As I was walking around the studio, I am not sure if it was the amazing sets or the rich history, something in my head made me think that this would be an amazing place to work.
Within a few weeks, the posting for Director of Marketing appeared; the universe works in mysterious ways. I applied and heard nothing. I dug deep into my professional network and within 6 months I finally made contact with the hiring manager, and within two months, I was appointed to the role (LinkedIn is my go to source for professional networking).

Joining Warner Bros. was the best career move I could have made. Every day I arrive at the studio excited for what the day has in store. In many ways, I feel as if I have gone back to my Six Flags roots. Each day I get to see the smiles on our guests faces as they explore, touch and experience the Studio Tour. I get the same feeling every day I walk through the lot as well. Whether it’s standing in front of the last remaining set of Casablanca, or seeing the Central Perk sofa from Friends, I can’t help but smile knowing that this my office and every day is a different adventure.

We’re always bombarded by how great it is to pursue your passion, etc. – but we’ve spoken with enough people to know that it’s not always easy. Overall, would you say things have been easy for you?
Life is always a challenge, if it wasn’t, it would not be fun or interesting. Having moved around often, it sometimes is challenging to stay in touch with friends and establish roots. I have left and returned to LA 3 times since 1994 and dare I say, I am back for good. The main benefit of all my relocation is that it has built character and enabled me to become really good at networking, and moving house.

So, as you know, we’re impressed with Warner Bros. Studio Tour Hollywood – tell our readers more, for example what you’re most proud of as a company and what sets you apart from others.
Warner Bros. Studio Tour Hollywood allows guests to get closer to the entertainment they love. The Studio Tour gives guests a revealing look behind the camera at how Hollywood magic is made and allows guests to see the real sets and soundstages where the greatest names in entertainment made history.

As the Marketing Director, I work with my team to promote all aspects and sales of the tour. I’m very proud of the growth and opportunities the Studio Tour continues to expand on. People who want an authentic Entertainment experience of how Hollywood is made will be delighted by the authenticity and background our tour provides. From the Big Bang Theory to Friends, the Studio Tour takes guests behind the camera for a revealing look at how the magic is made.

So, what’s next? Any big plans?
Childhood Memory: What’s your favorite memory from childhood?
One of my favorite childhood memories is going to an amusement park called Beverly Park. It is long gone, but it was an amusement park located at the corner of La Cienega and Beverly Blvd where the Beverly Center now stands. It was a pretty basic amusement parks with kiddie rides and pony rides. It was super fun as a 5/6-year-old and I had many birthday parties there. It was a sad day when it closed in 1979, but the Olympics were coming and they wanted to turn the land into a big mall. Allegedly it was the amusement park that inspired Walt Disney to create Disneyland.

Childhood Memory: What’s your favorite memory from childhood?
One of my favorite childhood memories is going to an amusement park called Beverly Park. It is long gone, but it was an amusement park located at the corner of La Cienega and Beverly Blvd where the Beverly Center now stands. It was a pretty basic amusement parks with kiddie rides and pony rides. It was super fun as a 5/6-year-old and I had many birthday parties there. It was a sad day when it closed in 1979, but the Olympics were coming and they wanted to turn the land into a big mall. Allegedly it was the amusement park that inspired Walt Disney to create Disneyland.

Proudest Moment: What has been the proudest moment of your career so far?
I would have to say my proudest moment at Warner Bros. Studio Tour Hollywood so far has been the re-creation of the La La Land Café set on our backlot for our Tour Guests. The movie was such an amazing Post Card to LA, it was incredible to see how guests reacted when they saw the set dressed in all its glory. Some of our guides even recreated some of the dance numbers with their guests as a photo op while on the tour. Guest feedback was so positive that some people took the tour just to see the set. 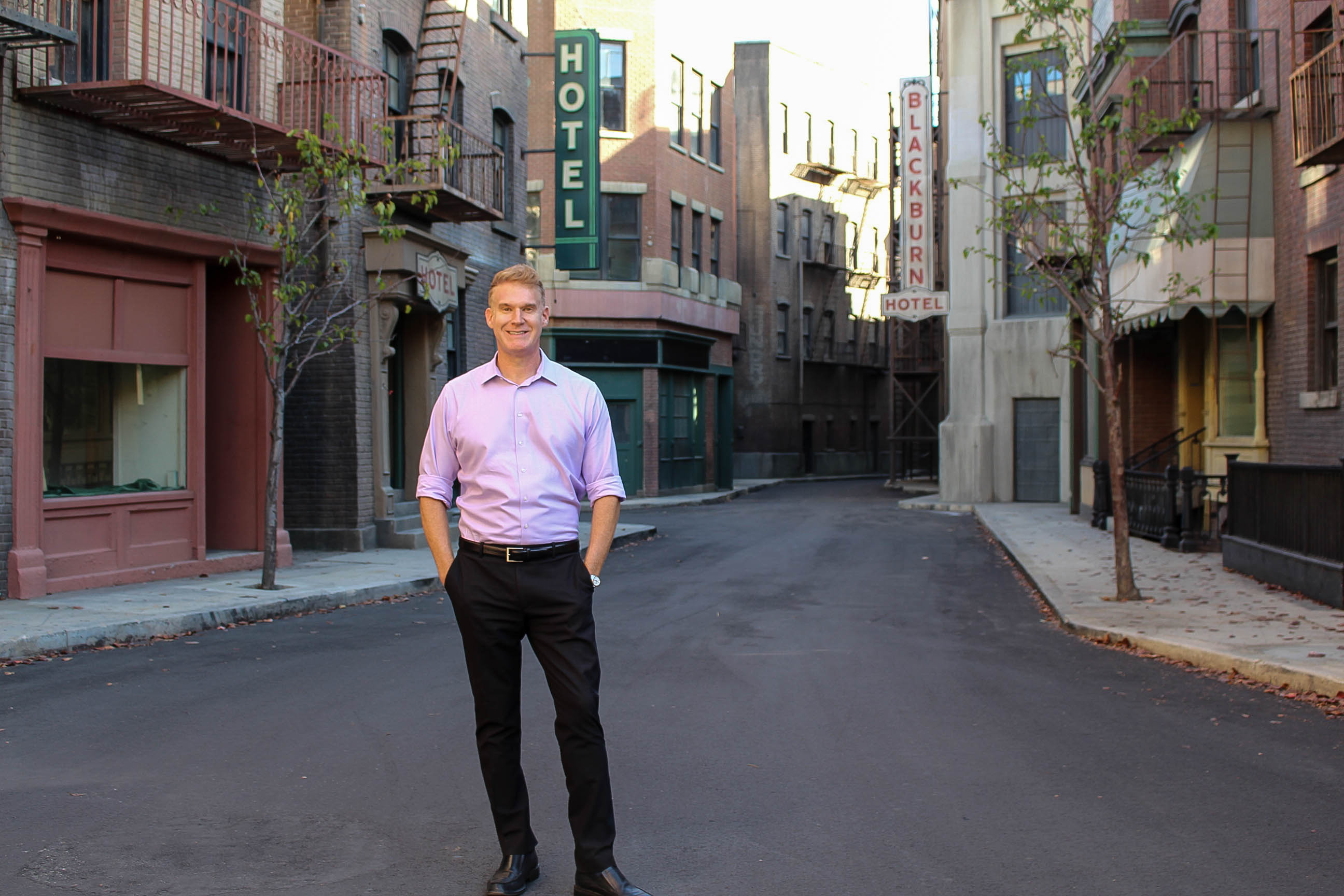