Meet Gary and Larry Lane of Twinzzone Productions in Burbank 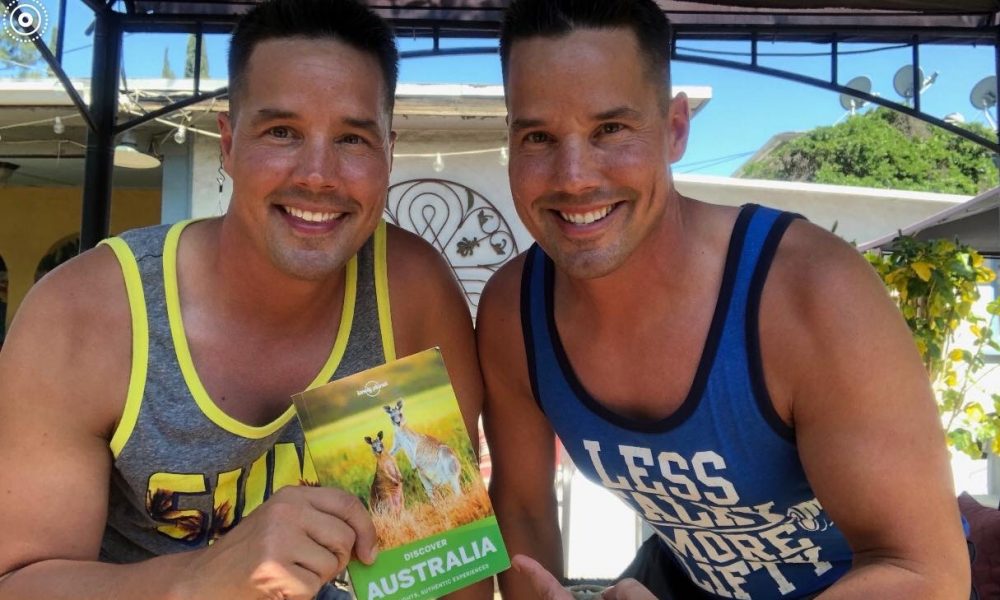 Today we’d like to introduce you to Gary and Larry Lane.

Thanks for sharing your story with us Gary and Larry. So, let’s start at the beginning and we can move on from there.
We are identical twins Gary and Larry Lane. We grew up in Goldsboro NC which is about 45 mins east of Raleigh. We had an amazing childhood with mom and dad and older brother James. Early on we realized being twins was a blessing for us and at the age of 20, it sent us on a whole new career path. We were cast in a Pepsi commercial as the twins. Pepsi originated in New Bern NC so they wanted to cast all local talent, out of thousands of hopefuls we got picked. This new boost of confidence led us to Wilmington NC where some productions we being made like Dawsons Creek and One tree hill, This eventually led us to NYC where we worked on film and commercial for a year. Most notable would be Zoolander with Ben Stiller, he established us in a few key scenes which allowed us to join the Screen Actors Guild. That gave us the confidence to move across the US to LA and we’ve been here ever since.

We are also proud to say we are $50,000 winners on both NBCs Fear Factor and ABCs WIPEOUT both twins themed episodes. That’s true bragging rights because those shows are hard as hell to win. lol. We did Fear Factor two weeks after we moved here. We had spent all of our savings on moving in. So we didn’t have a way of going home for thanksgiving so we sat in our apartment on Thanksgiving night with turkey TV dinners and a check for $50,000 on the kitchen counter that had arrived the day before and banks were closed. I told Larry this ones going the the book! Lol

Overall, has it been relatively smooth? If not, what were some of the struggles along the way?
Not at all, everyone struggles. Being from a small town, when you make a big move like that, and your family and hometown is rooting for you to succeed, you do everything you can to make it and have your dreams come true. We’ve been waiters, worked event job, you name it and we’ve done it. When we first moved to LA we met a great group of friends and one by one we’ve watched as they all went back home and chose other paths.

That in some ways keeps you driven and focused. But we’re so blessed with friends and partners and keep people we have in our lives today both in NC and CA. We also have a memory of working at a big warehouse in Hollywood loading-trucks literally for 10 hours making hardly any money. That day we met a fellow southern boy named Shane McAnally. He also remembers this hell day as we call it trying to survive in LA. Cut today 15n years later he is a Grammy winner and creating us an original score for our new Documentary project “Still Working 9 to 5”

Please tell us more about your work. What do you guys do? What do you specialize in? What sets you apart from competition?
We have always utilized the gift of being a twin. We’ve done National commercials, worked in TV and film, Been blessed to work with Ben Stiller, Adam Sandler, Dolly Parton and Mel Gibson just to name a few. Being from NC we’ve always been fascinated with celebrity and awards shows and red carpets. It makes a big difference seeing them on TV opposed to in real-time. For that reason, we created Twinzzone Productions! Lucky for us we had made and remained friends with many great PR people along the way. After we got established and on some red carpet events, we realized it was a great venture and a new path for us. For many of the celebs, it was their first twin interview, and for us being pop culture nerds it was so amazing. Award season is starting soon so keep an eye out for us, we always make a first impression twice.

We are also Documentary filmmakers with Twinzzone Productions. Our first film Hollywood to Dollywood won 25 best documentary awards and played in over 70 film festivals around the world. It also featured 15 of Dolly Partons’ amazing songs. It was a labor of love journey that took us across country in an RV named Jolene to meet Dolly on park and hand her a film script called “Full Circle” that we wrote just for her, and also tell her personally what she meant to us growing up in NC and her love and acceptance of all people.

Any shoutouts? Who else deserves credit in this story – who has played a meaningful role?
Mom Alice and Dad Jesse James Lane and our older brother James. Were all key in our childhood in NC. That really helped shape who we are today. So many people to thank early on Lisa and Debbie Ganz in NYC who own and operate Twins Talent helped us with castings and learning the ropes, Susan Nathe has been an amazing agent. We’ve booked 6 commercials with her. Our biggest by far was a national for Dr. Scholls Gellin commercial. Having friends and family in NC call and message we saw you on tv, or we saw your commercial, that was a great feeling. We also keep a great group of positive people around us. That is the true key to success in Hollywood or anywhere in the world you may be,

I should also mention we are currently Producing and Directing our New Documentary “Still Working 9 to 5′ with Camille Hardman and MightyFine Entertainment. Our film explores 9 to 5 over the last 40 years from the film in 1980 the tv show from 1982-87 the musical in 2009 and the current musical adaptation touring all over Europe. We also follow the timeline of women in the workplace and the women’s movement over that 40 years and what still has not changed. In the era on Metoo and Times up and still no equal pay or ERA, the answer is not a lot. We’ve interviewed everyone from Lily Tomlin, Rita Moreno, Allison Janney, Dolly Parton Bob Greenblatt. We also have Grammy winner currently on NBCs Songland Shane McAnally creating an original score and new power anthems for today’s movement. 9 to 5 was a comedy, but 40 years later it’s not funny anymore. Keep an eye out for the Still Working 9 to 5 Documentary next year being the 40th anniversary of the film that started a movement. 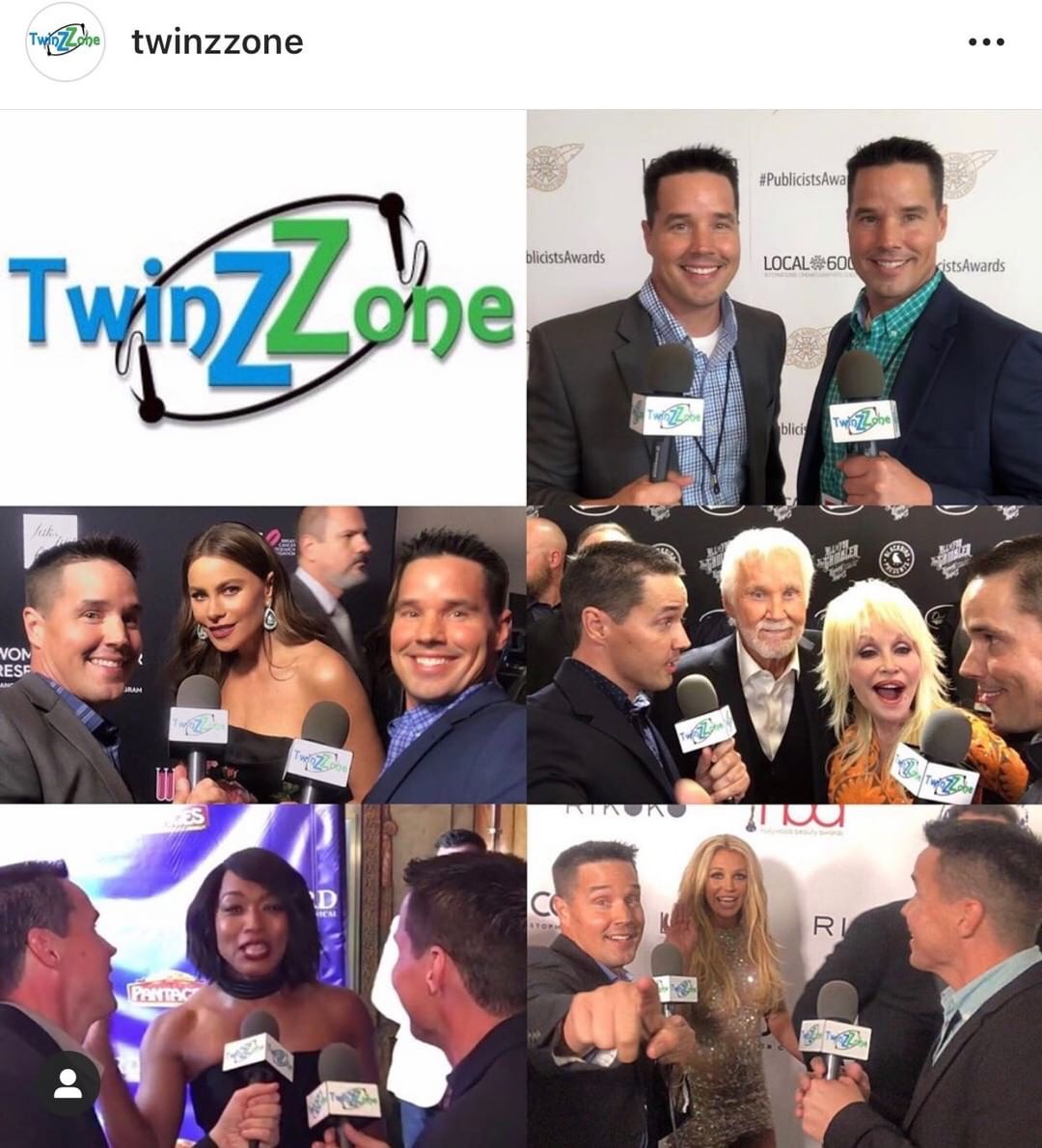 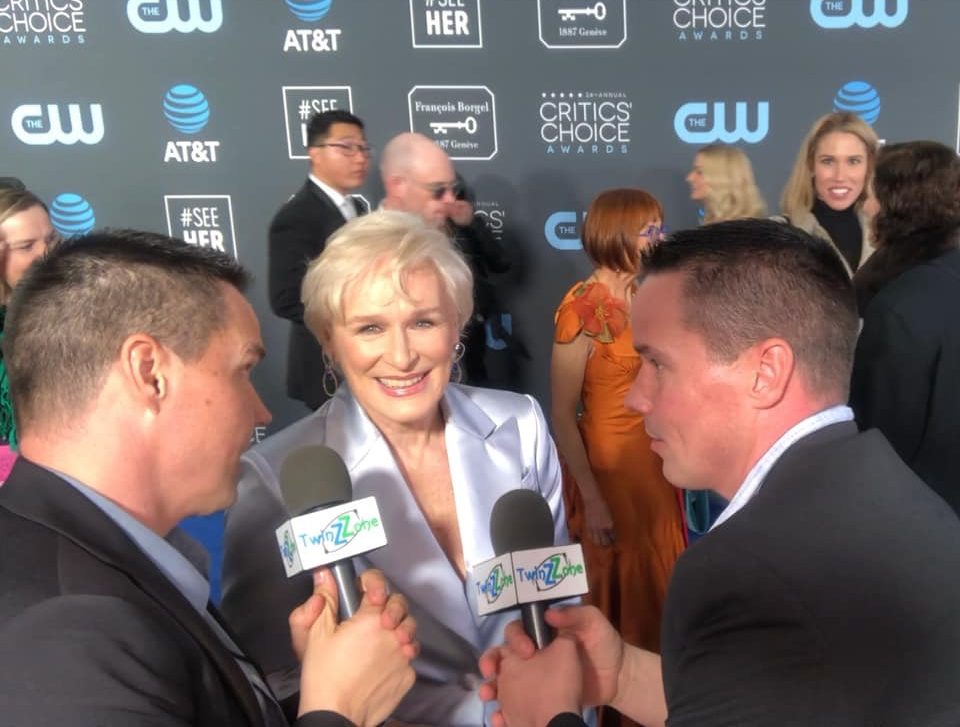 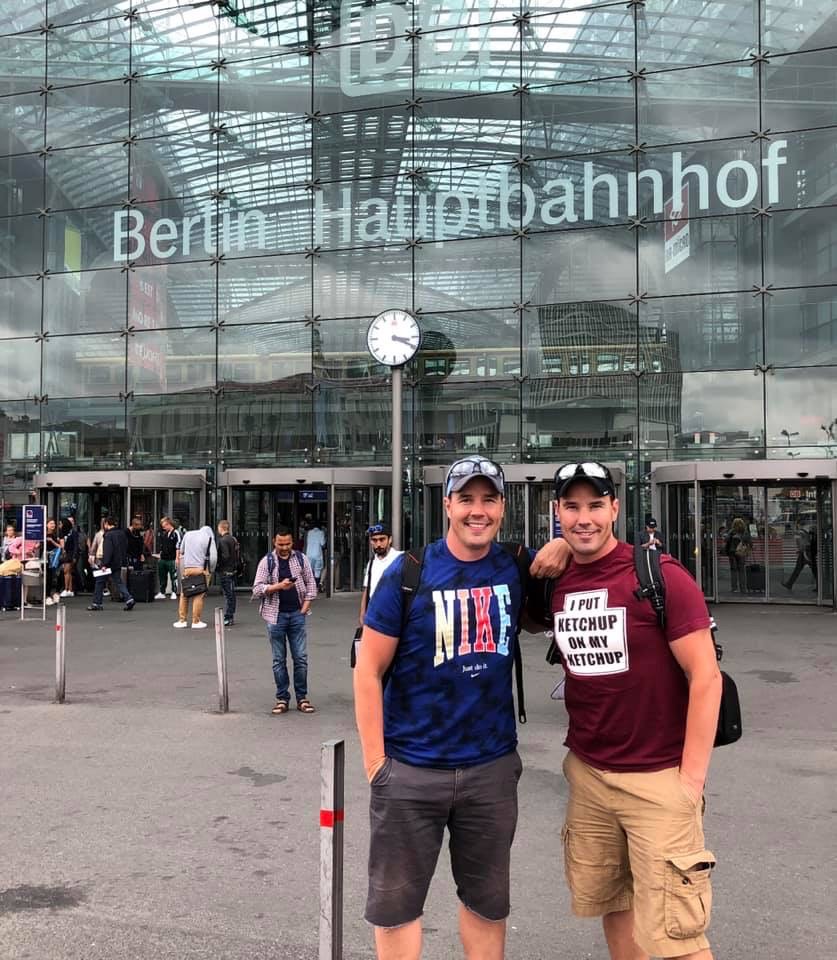 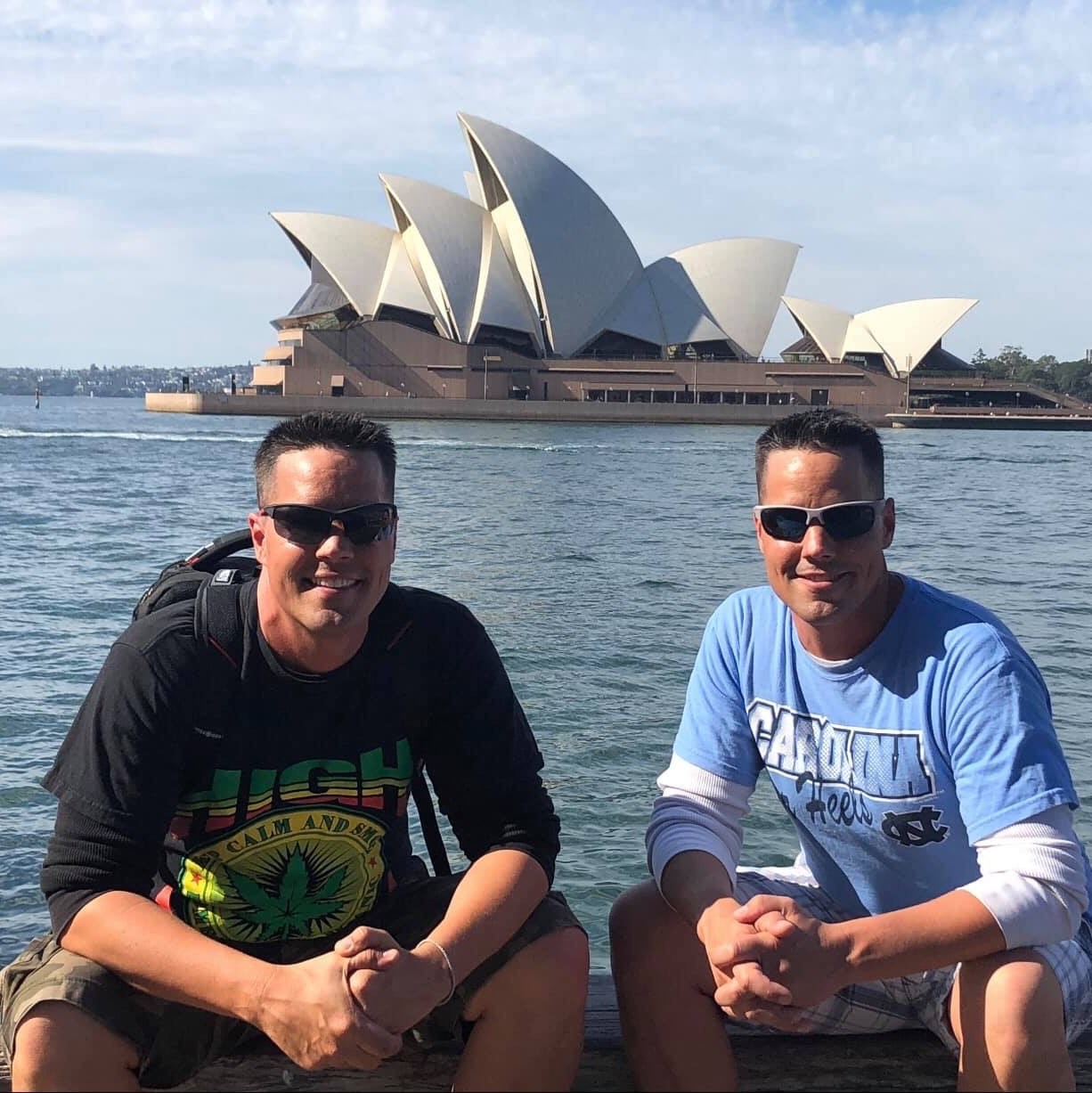 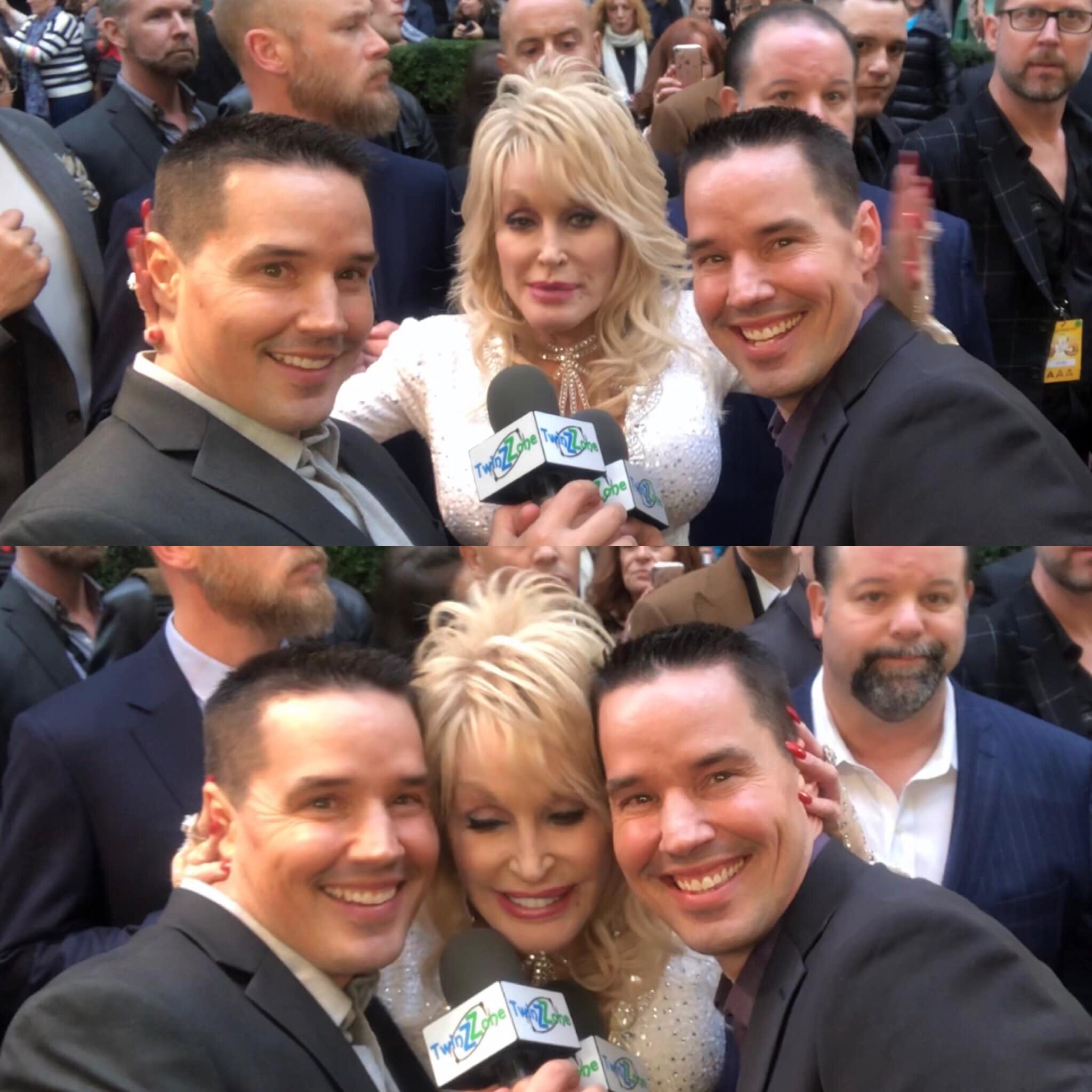 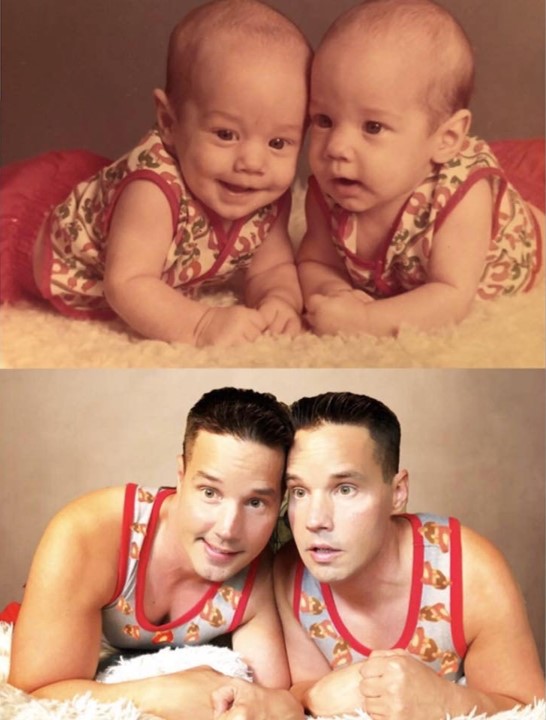 Image Credit:
all photos are by Gary and Larry Lane
I do have Glenn Close and Dolly Parton’s PR managers permission for those images both taken at public press events