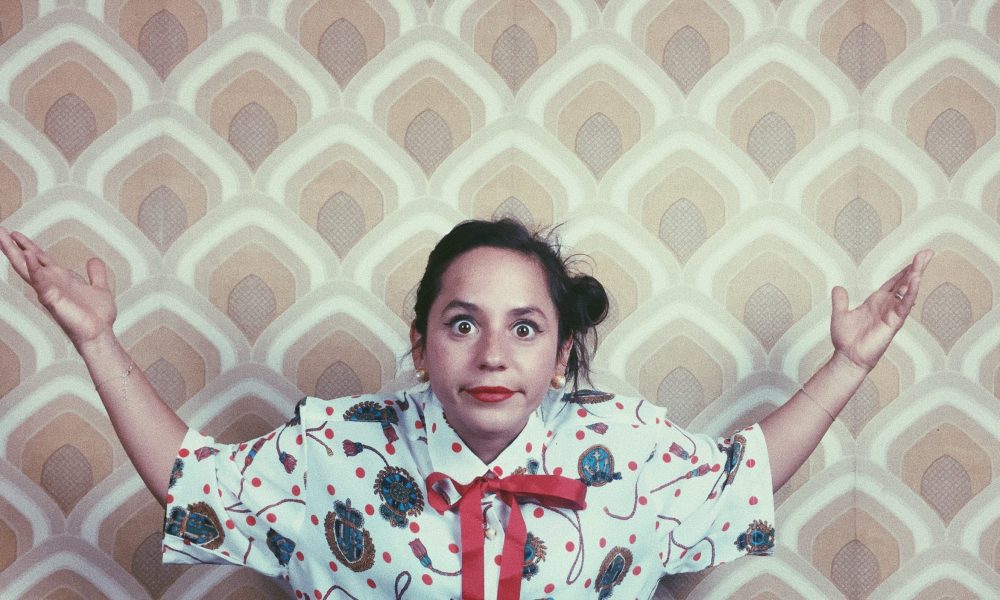 Today we’d like to introduce you to Gabriela Garcia Medina.

Gabriela, let’s start with your story. We’d love to hear how you got started and how the journey has been so far.
I am originally from Cuba, though I was born in Russia in 1982 while my parents did a “study abroad” in Moscow. I grew up in Havana until 1989 when my parents and I moved to the UK. We lived in London for nine years and then, we moved around Europe looking for work. I lived in Geneva with my mom, in Barcelona with my step-dad, the Canary Islands with my aunt and uncle, and finally Madrid with a roommate. In 2001, I moved to California where I pursued a BFA at UCLA’s School of Theater, Film & Television. I was one of only 3-4 students of color in a class of 65! I felt a bit tokenized and I craved to be around more people of color which led me to take on a double minor in Chicano/a Studies and African American studies as a way to surround myself with people who looked like me, and who I could relate to. This was ideal for my growth as a conscious creative as I was receiving a foundation in the arts, that I was rooting in social justice, and thus creating work with depth, and an underlying current of social awareness.

During my time at UCLA, I worked with an arts-outreach organization (through UCLA’s community Program’s office) that promoted the arts to at-risk youth around Los Angeles. Our group was called The Soze Project and in 2004 we took a delegation of youth to South Africa as an artist cultural exchange. It was life-changing. In 2005 I represented UCLA at the World Social Forum in Porto Alegre, Brazil. I graduated in May 2005 and received UCLA’s Woman for Social Change Award. In 2006, I began doing spoken word all over Los Angeles. My poetry was unique because it wasn’t just about the lyricism, vocabulary, and rhythm, but my poems had a narrative thread that made them very relatable to audiences. In 2007, I developed a one-woman spoken word show that became the best selling act on the national college market, showcasing at over 1000 universities across the US and allowing me to share the stage with artists such as the Black Eyed Peas, Pitbull and social/political figures such as Barrack Obama, Kamala Harris, Deepak Chopra, and Thich Nhat Hahn. I wrote Spoken word pieces for Si Tv, KCET Television, and my poems were featured on commercials for well-known brands.

After 10 years of touring my Spoken Word show all over the United States, in 2012, I decided to go back to graduate school to study a more collaborative form of storytelling: Film! In 2012, I was accepted as a dual MFA student at California Institute of the Arts where I studied Theater, Creative Writing, and Film. I graduated from CalArts in 2015 having produced five short films (all directed by women), having directed two short films and having written two feature-length screenplays. I graduated in 2015. In 2016, my script LITTLE CON LILI was accepted into the Hedgebrook Screenwriting Lab where I was mentored by Robin Swicord (Matilda, Memoirs of a Geisha, Little Women) and Pamela Gray (Conviction, Music of the Heart). Hedgebrook has been one of the most transformative experiences of my creative development and I attribute it to being one of the greatest catalysts for everything that happened next. In late 2016, an ex-boyfriend (who’d become one of my best friends) passed my script off to Jason Michael Berman (V.P. of Mandalay Pictures) and Patrick Raymond (Producer at Mandalay) and in 2017, I began working with both Jason and Patrick on developing LITTLE CON LILI as a feature. LITTLE CON LILI is a coming of age story of LILI (10) a Cuban-American girl growing up in 1989 with a single mom. Both are small-time con-artists blurring the line of morality in order to make ends meet. The story is sweet, funny, dark, but with a lot of heart. In the film the protagonist is in love with Air Supply, so in 2018, I wrote a love letter to Air Supply thinking this was a shot in the dark and they would never respond, but their manager responded within two days of receiving my email and in May 2018, I met with Air Supply who read and loved the script and wanted to support my project going forward.

In July 2018, I shot a proof of concept for LITTLE CON LILI, it was only intended to be seen by financiers, and potential investors but everyone worked so hard on the short, that I decided to submit to a couple of film festivals. We began to receive acceptance emails in early 2019. In May 2019, my short won the Best in Fest award at the HBO Women in Comedy Festival (2019), winner of Short Contest with NBC (2019), winner of the $20K FOTOKEM Post Production Award at LALIFF (2019), and we continued to receive acceptance letters and invitations to screen at Oscar and BAFTA qualifying film festivals worldwide (2019) including LA Shorts International Film Festival and Cambridge Film Festival. Having my film receive so much attention let me know that audiences crave for inclusive projects like LITTLE CON LILI!

In August 2019, I co-wrote a short film titled THE 90 DAY PLAN, we wrapped production in September and are hoping to have it completed by November 1. THE 90 DAY PLAN is the story of Lorena/Lolo, a plus-size 17-year-old high school Latina senior in a wheelchair who lives with her grandma in Lincoln Heights. When Lolo learns that her grandma will lose her home due to gentrification and newly upscale housing development, Lolo must convince her best friend Vashundra to help her rob a Bank of America in order to save grandma’s home. The short is sweet, dark, funny and with a ton of heart.

This year has been a busy one for me. I gave birth to a baby girl on February 2019, I’ve been touring film festivals since May, and have been taking meetings with agents, managers, and financiers while also continuing to create new work. I am currently living in Los Angeles, London, and Atlanta. I’m figuring out how to negotiate between being a “mom” and a “creative” and no, it’s not easy but it can be done. My husband who is my number one fan, and steadfastly supported is currently on a MARVEL project in Atlanta, GA and since I’m committed to breastfeeding as long as possible, the baby is practically attached to my hip (or I should say — breast)! And so, I am constantly working, hustling, pumping breast milk in bathrooms before financing meetings, pitches, meet and greets with producers, you name it. Things are happening fast and I’m riding the wave (with baby in tow)!

For the remainder of 2019, I’m hoping to secure financing for LITTLE CON LILI. Hoping to release THE 90 DAY PLAN short film, and shop the television series around town. I’m also developing a feature comedy titled THE KIDNAPPING OF CASIMIRO CORONADO, as well as a satirical sci-fi series titled BABY SPA, aside from all of that, I’m staying open to Writing/Directing possibilities that come my way. In December, I’m headed for Cuba to work on a documentary I’ve been developing titled THIS IS CUBA! tonally a dark-comedy doc with deep/heartfelt material and a sense of humor.

Overall, I’m being pro-active in generating material and sharing my work/voice/stories with the world. I am so excited about all the seeds I’m planting and how they might affect/change the entertainment industry and how it views LatinX and people of color. While I believe that it’s important to tell “struggle”, “immigrant” and “border” stories, I also think it’s important for us to also be given platforms to tell fun/funny/sweet/romantic stories. It’s great to have inclusion, but I’d like to be able to tell a POC Little Miss Sunshine story or The Hangover or The Big Lebowski because why not?! And so, I write work that is fun and purposefully about women of color with the goal to empower and inspire my community and to make them feel good about who they are and where they came from, and to show them that they too can be at the center of a rom-com or a coming of age comedy.

We’re always bombarded by how great it is to pursue your passion, etc. – but we’ve spoken with enough people to know that it’s not always easy. Overall, would you say things have been easy for you?
It has certainly not been easy. When I told my mom I wanted to be a creative, she fought me. She’d say things like “We didn’t leave our country and sacrifice everything just so that you could be a starving artist!” I was strongly encouraged to study a “real job” aka – lawyer, doctor, engineer or business. I had to learn how to stand up for myself and for my dreams at an early age. My family tried to shame me/bully me/control me so that I would reach the level of “success” they always dreamed for me, without caring about what I wanted or dreamed for myself. Over the years, as they’ve seen me become successful doing what I love, they have grown to be a lot more supportive, but the arts aren’t always valued among struggling immigrant families who hope the next generation reaches financial freedom.

Another obstacle was moving around so much throughout my life and never feeling like I truly belonged anywhere. Never feeling rooted in a single identity. Looking back I feel so lucky that this was my upbringing and I believe it has shaped my awareness of different peoples and communities, broadened my love for culture, and my compassion for humanity.

Another big challenge was growing up with little resources or money, though again, looking back, it’s made me thrifty, mindful of my spending, and super down to earth. I’ve worked so many jobs (server, babysitter, cocktail waitress, tutor, shop assistant) that nothing and no one is beneath me. I respect and value people for who they are, rather than for the jobs they do. This has also been a big inspiration for me in the kinds of stories I gravitate towards as a writer/director.

Another challenge has been wanting to be a Writer/Director in an industry that has been so white and male-driven. Sometimes I’ve felt hopeless, and frustrated, but I’ve just kept telling myself to keep creating, to invest in myself, I’ve gotten really good at giving myself pep-talks and in believing that just because something hasn’t been done, doesn’t mean it can’t be done.

Please tell us more about your work, what you are currently focused on and most proud of.
I am a Writer/Director and Content Creator focused on telling inclusive stories.

So, what’s next? Any big plans?
For the remainder of 2019, I’m looking forward to getting my feature film LITTLE CON LILI financed. I’m excited about generating inclusive, fun, funny work that empowers and inspires people of color while universalizing our experiences. I plan to continue collaborating with friends and to support my community in telling their stories too. I have so many projects and ideas I want to develop, and I also hope to present a new perspective and a new voice in the industry.

On a personal level, I hope to raise my daughter to be happy, compassionate, curious, and free. I hope to continue to travel the world, explore cultures, embrace adventures, have meaningful connections with people, and feel truly present and alive every day. 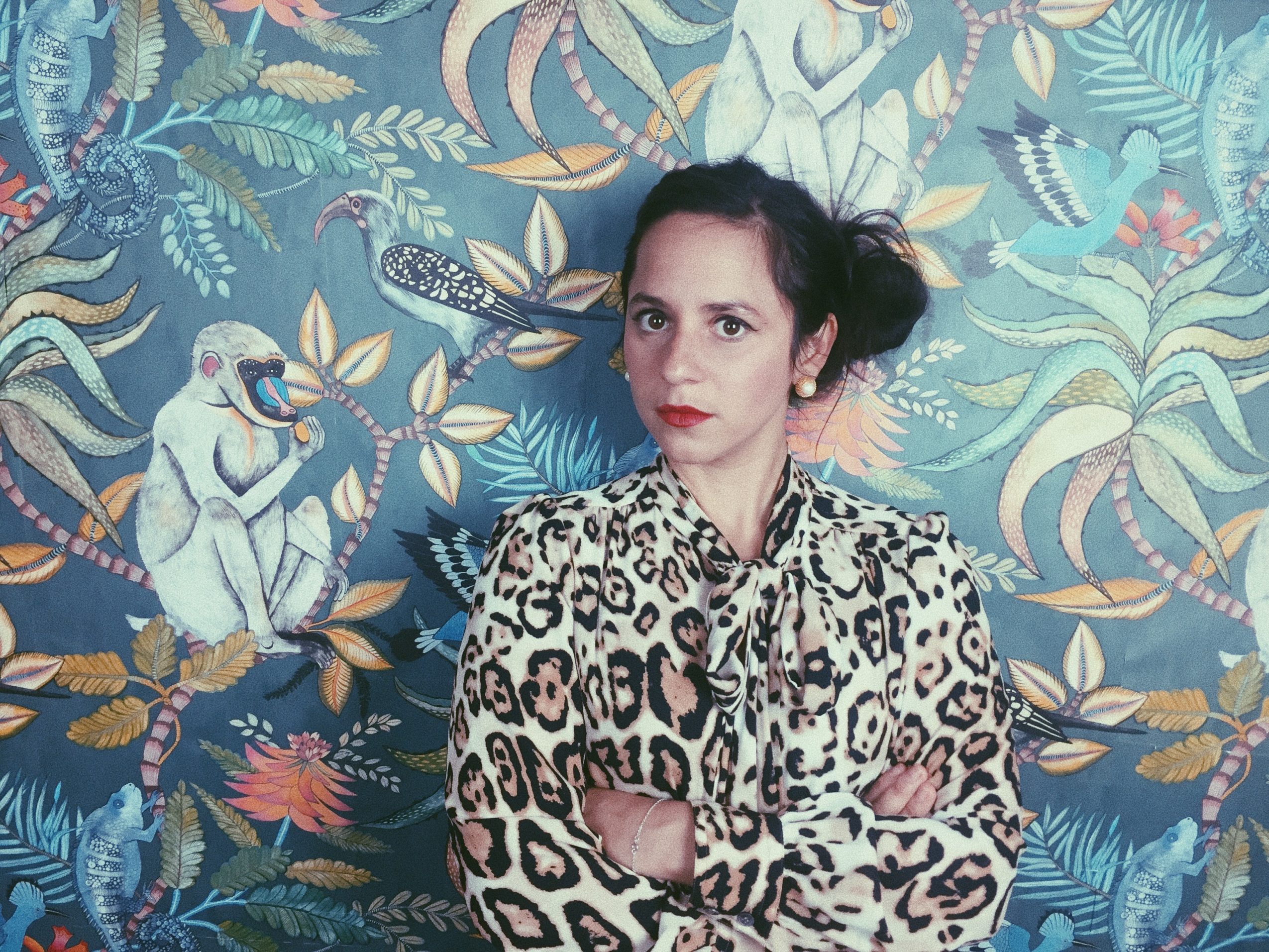 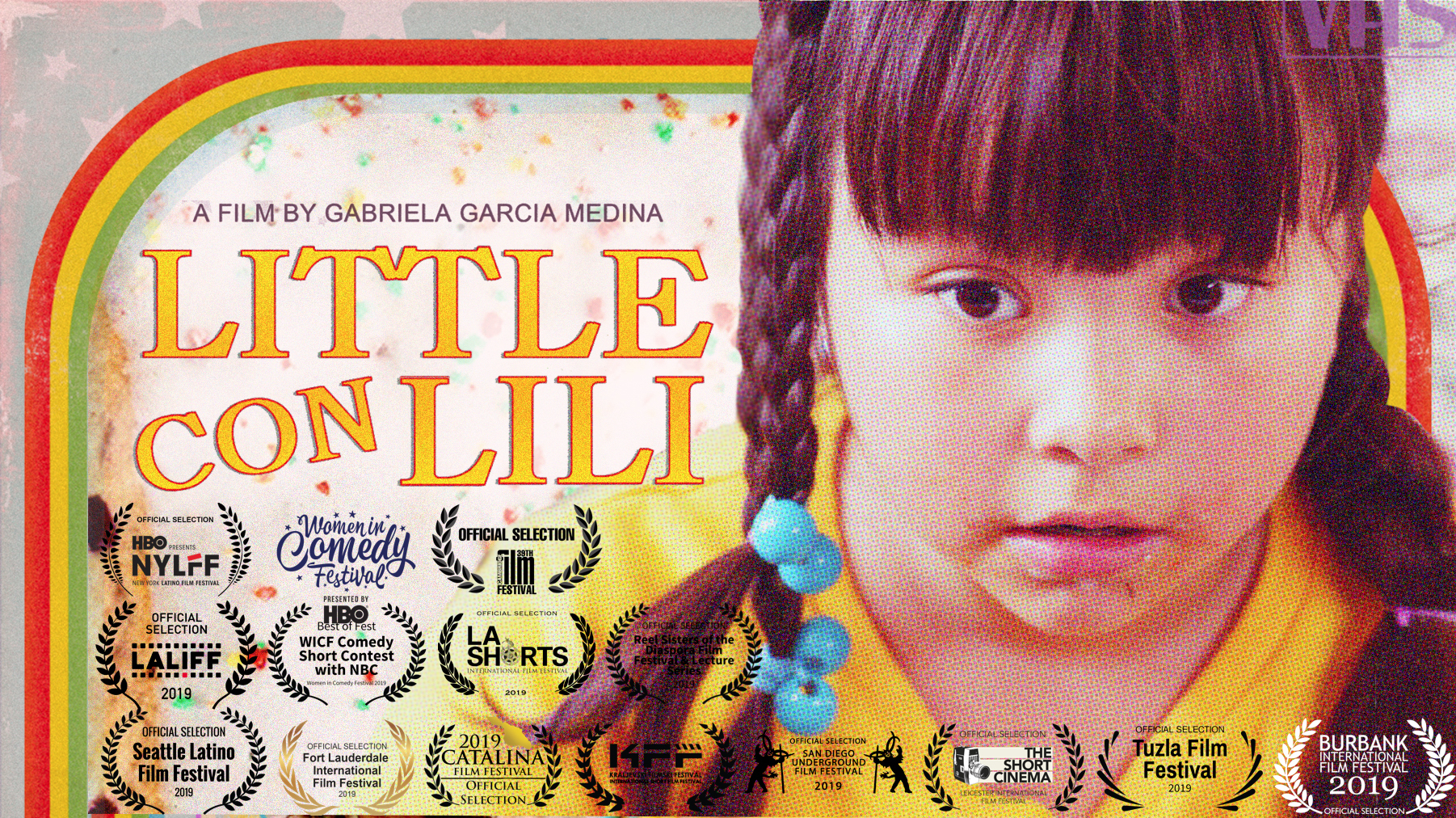 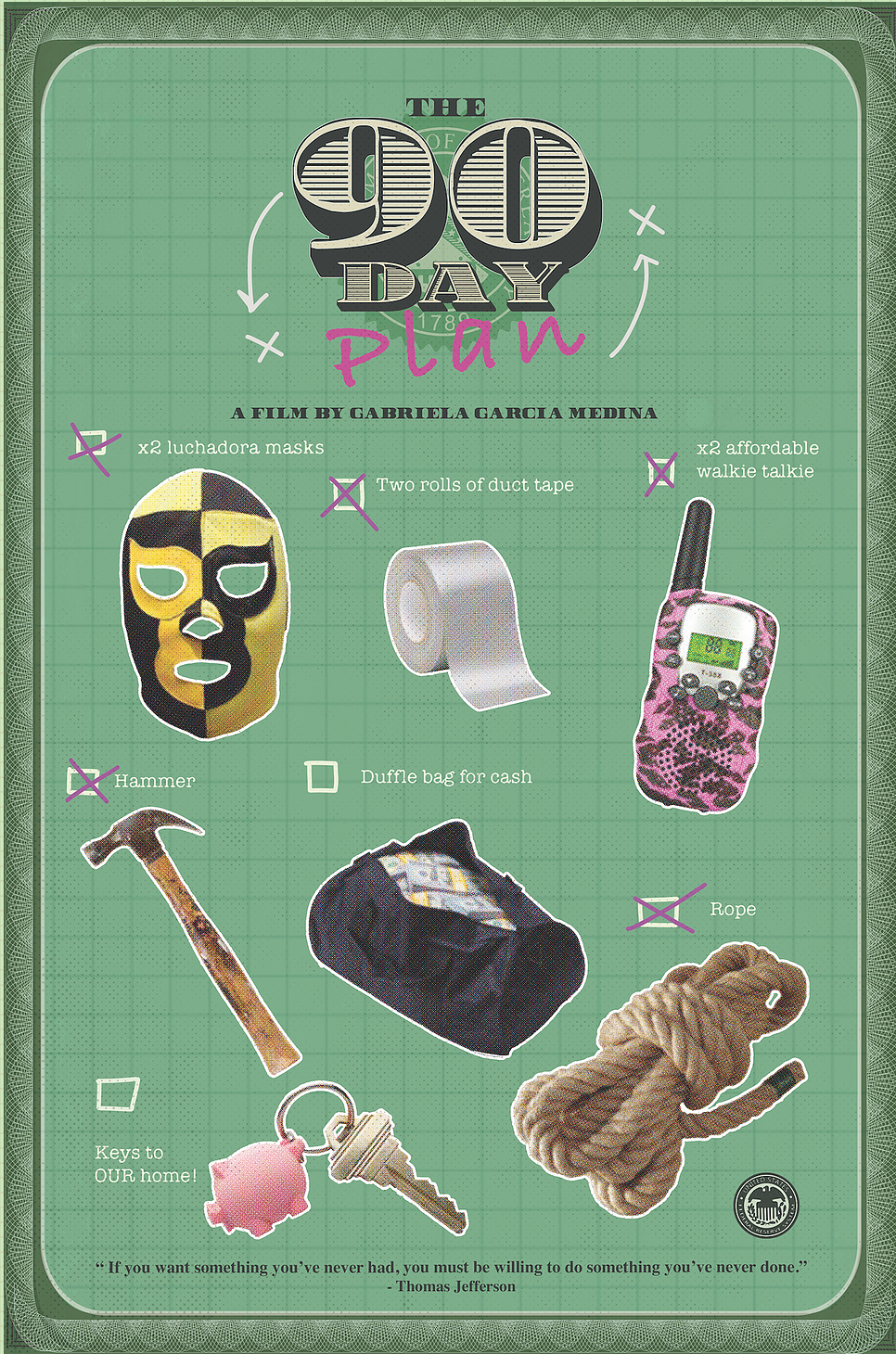 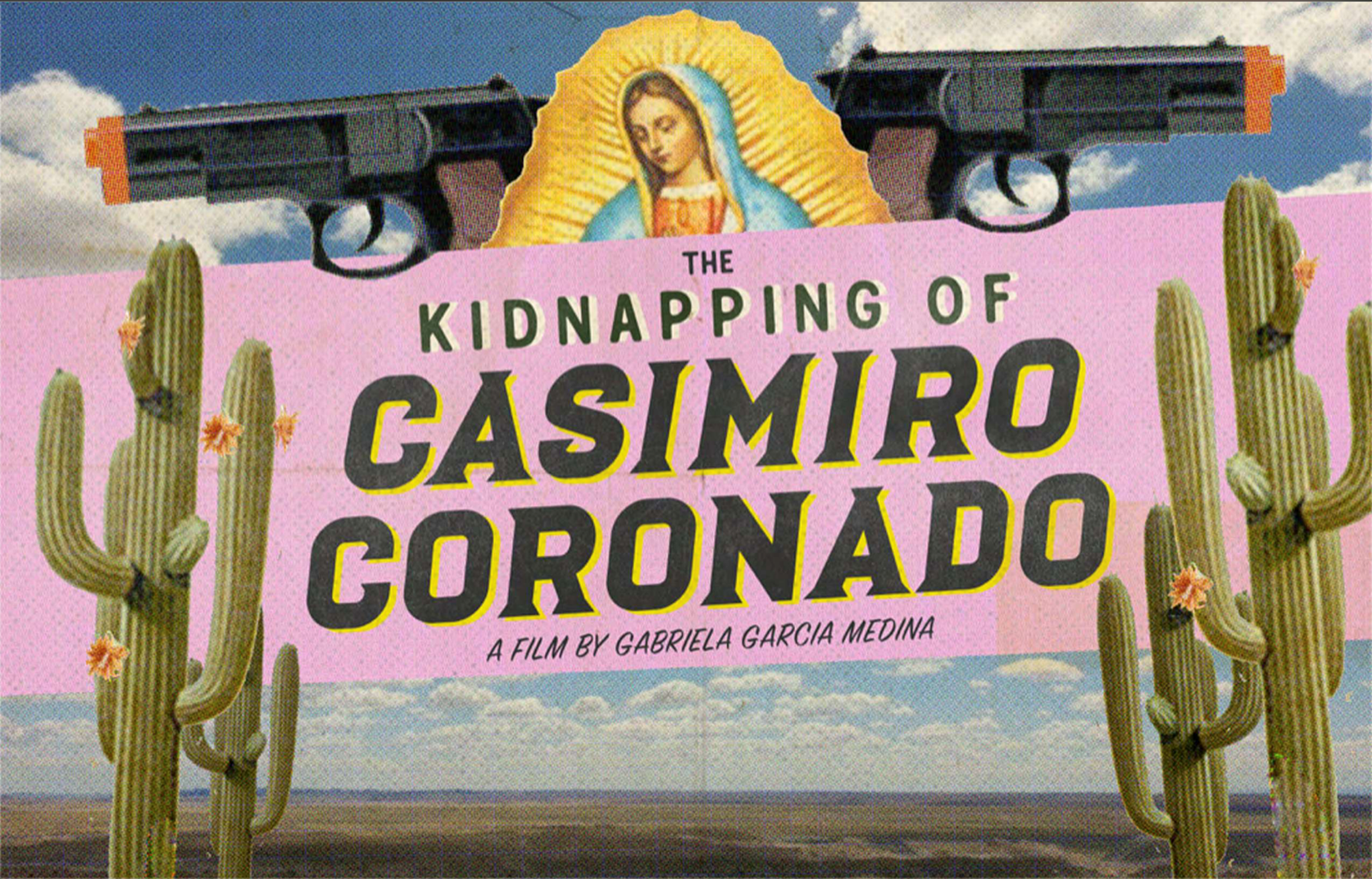 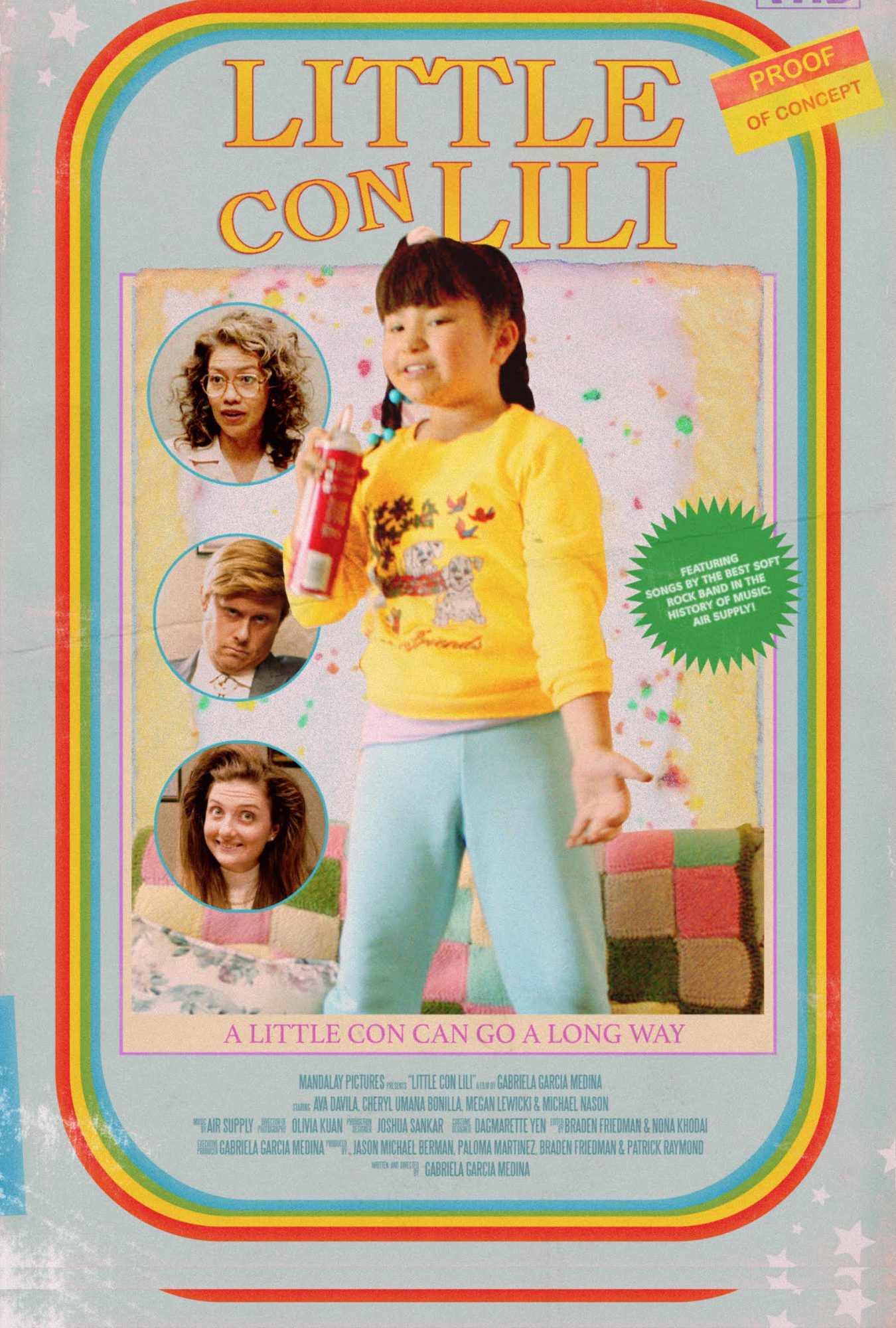