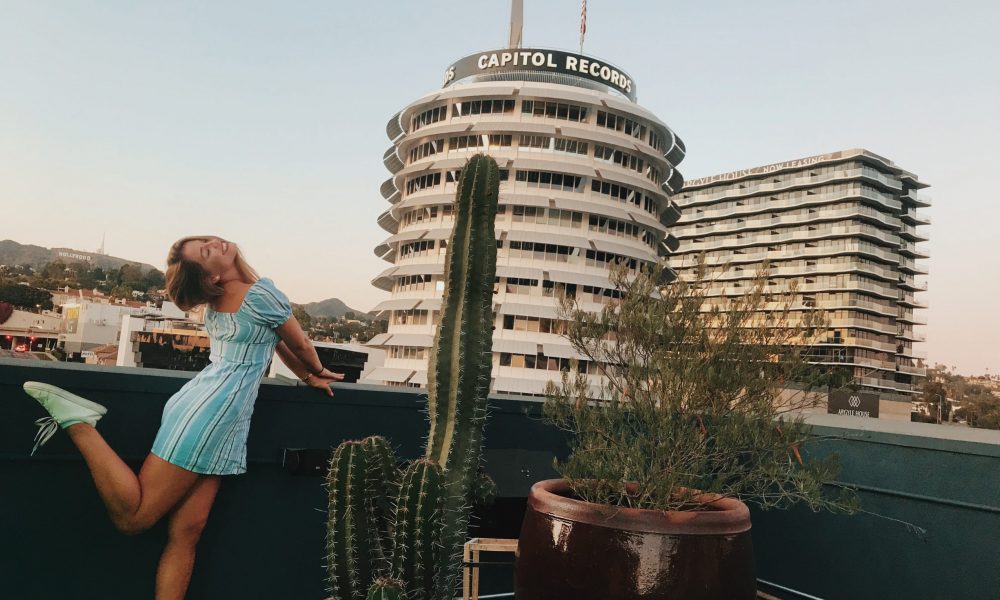 Today we’d like to introduce you to Gabi Stewart.

Gabi, let’s start with your story. We’d love to hear how you got started and how the journey has been so far.
I was born in Dallas, Texas and have honestly been singing and acting since I can remember. My grandparents would constantly play musicals, such as “The Sound of Music” (which to this day is still one of my favorite musicals) and I would just watch them and sing my little heart out – thus began my love for singing and acting. I began taking acting classes and singing lessons and truly found my calling. I pursued acting while living in Dallas, getting the headshots and working with one of the best acting coaches out there, Nancy Chartier, but there were only so many acting/singing opportunities.

After I graduated high school I moved out to Los Angeles, California and attended AMDA – College & Conservatory for the Performing Arts where I attained my BFA in Performing Arts. Out here in Los Angeles was definitely where I needed to be! From the auditions, opportunities, and like-minded creatives I was constantly being surrounded with, I knew I made the right choice moving out here to pursue my dreams. Since I’ve moved out here I’ve had the pleasure of working on numerous short films, two movies, voiceover, music videos, and photoshoots. I’ve also been lucky enough to have jobs out here in LA that surrounds me with a plethora of famous actors, singers, writers, directors, and casting agents.

So I’m constantly networking and getting advice from the greats! Molly Shannon was a huge help in my career actually. She shared with me some valuable advice that I’ll remember for the rest of my life! Honestly just being surrounded by people who are actively in this industry is extremely motivational and exciting! Now I work at a private members-only club in Los Angeles called H Club Los Angeles and I audition constantly! I’ve also started writing some of my own short films as well that I’m currently filming.

Great, so let’s dig a little deeper into the story – has it been an easy path overall and if not, what were the challenges you’ve had to overcome?
There are definitely a number of obstacles that I’ve had to overcome along the way. For one, this industry is very cruel and superficial at times and I’ve actually been told by someone in the industry that I’ve needed to lose about 10-15 pounds. At the end of the day though I’ve realized that if I’m happy with myself then everyone else can get over it. If I walk into a room 10-15 pounds lighter but unhappy with myself then who is really winning in this scenario? So I’ve decided to just be happy in my own skin and let people say and think what they will.

Another obstacle is, of course, the cost of living out here in Los Angeles which is actually insane. And when you add on headshot prices, acting classes, improv classes, getting to and from auditions, an IMDB account, all the online acting accounts (lacasting, actors access, casting frontier), and not even to mention your regular everyday finances- it becomes a lot. It’s super easy in this industry to just look at your situation and financial strain and just give up, but what I’ve come to realize is that the most important things in life are worth fighting for and this is my dream, and I will fight for it every single day.

Please tell us more about your work, what you are currently focused on and most proud of.
I am an actress/singer/songwriter/writer. I am known for my short films and movies I’ve been in. I personally am most proud of this music video I got to do with a graduate from UCLA – Najwa Kaawach called “She Called it Melodrama” and it can be found on youtube! It was a combination of singing AND acting so naturally, I was super excited to be a part of it. After seeing the finished product too I am so incredibly honored and proud to have been in such a beautiful piece of art and meet all of the amazing creatives I got to work with on that project. I also was fortunate enough to do an animated voiceover gig called “Don’t Ever Let Go” which will be coming out soon!

I think what sets me apart from others is that I’m Latina, but don’t necessarily look like it, so it always surprises people when I tell them. I just need to brush up on my Spanish! haha

Is there a characteristic or quality that you feel is essential to success?
I feel that confidence is one of the most important aspects to my success as an actress and singer. If I don’t have confidence in myself and my talents then nobody else will. In this industry “no” is a very common word that you hear and you have to have a strong backbone in order to make it. 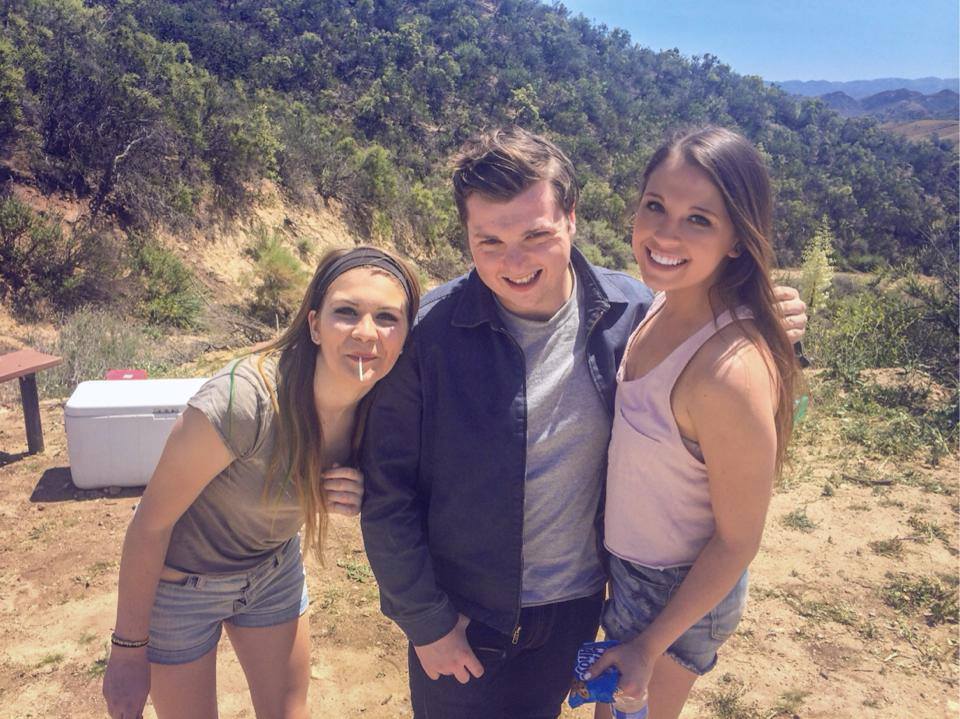 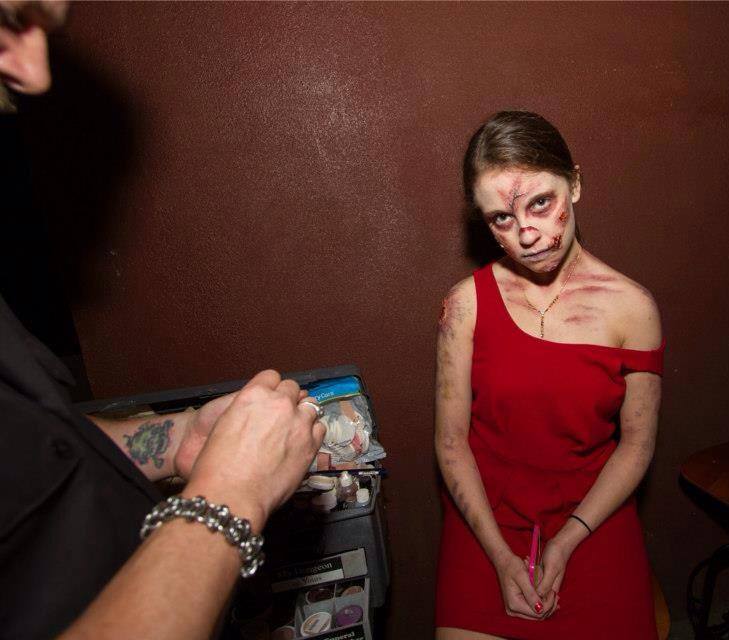 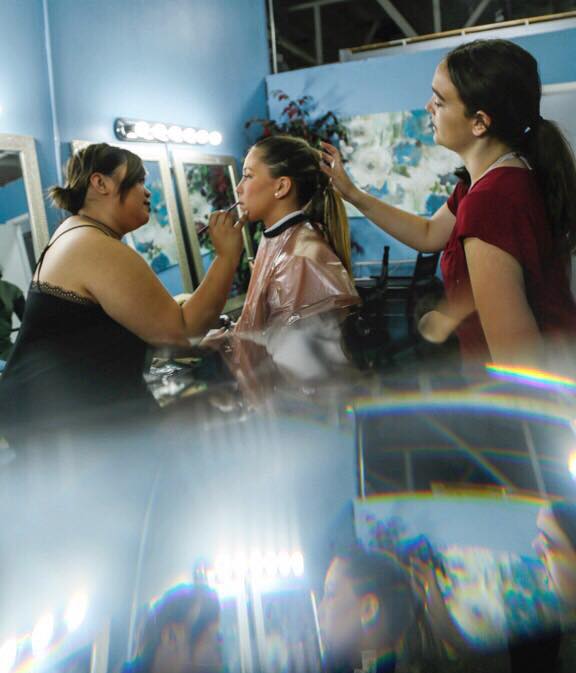 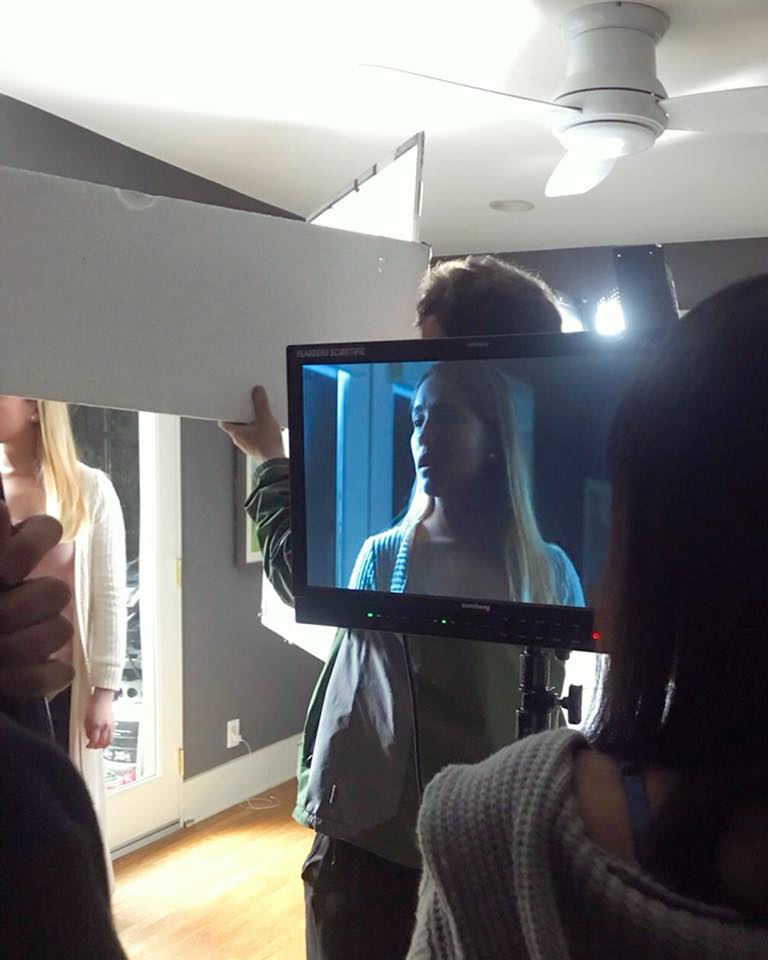 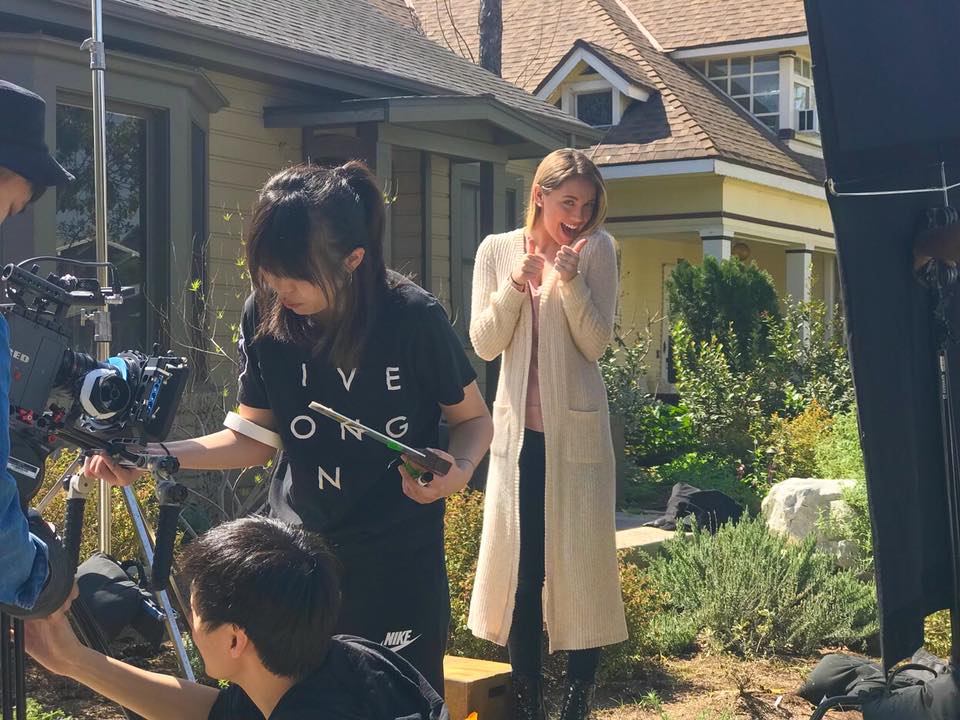 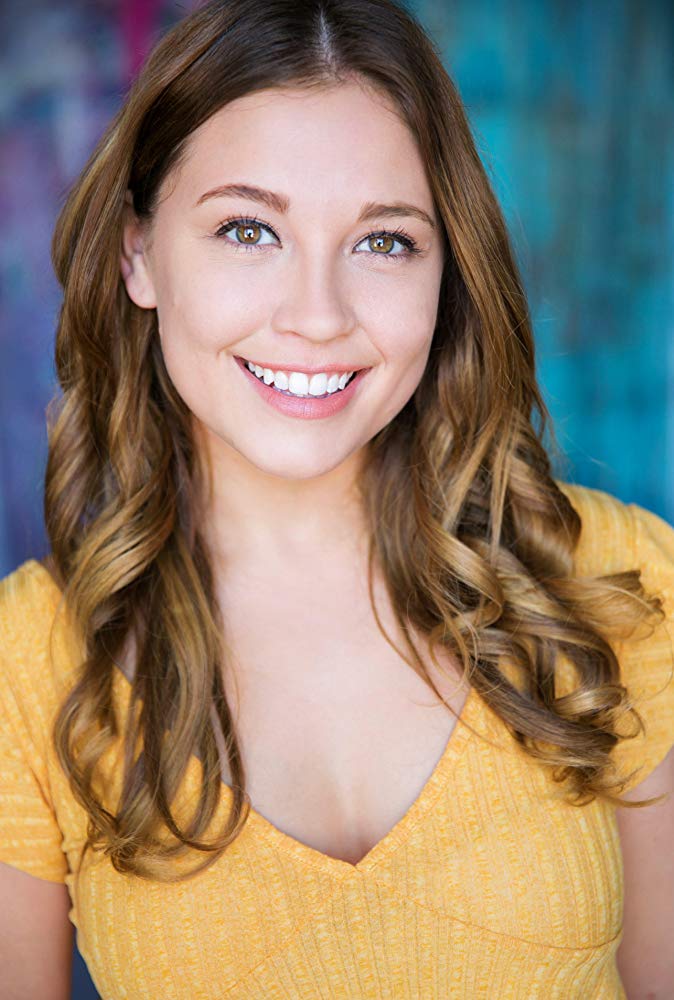 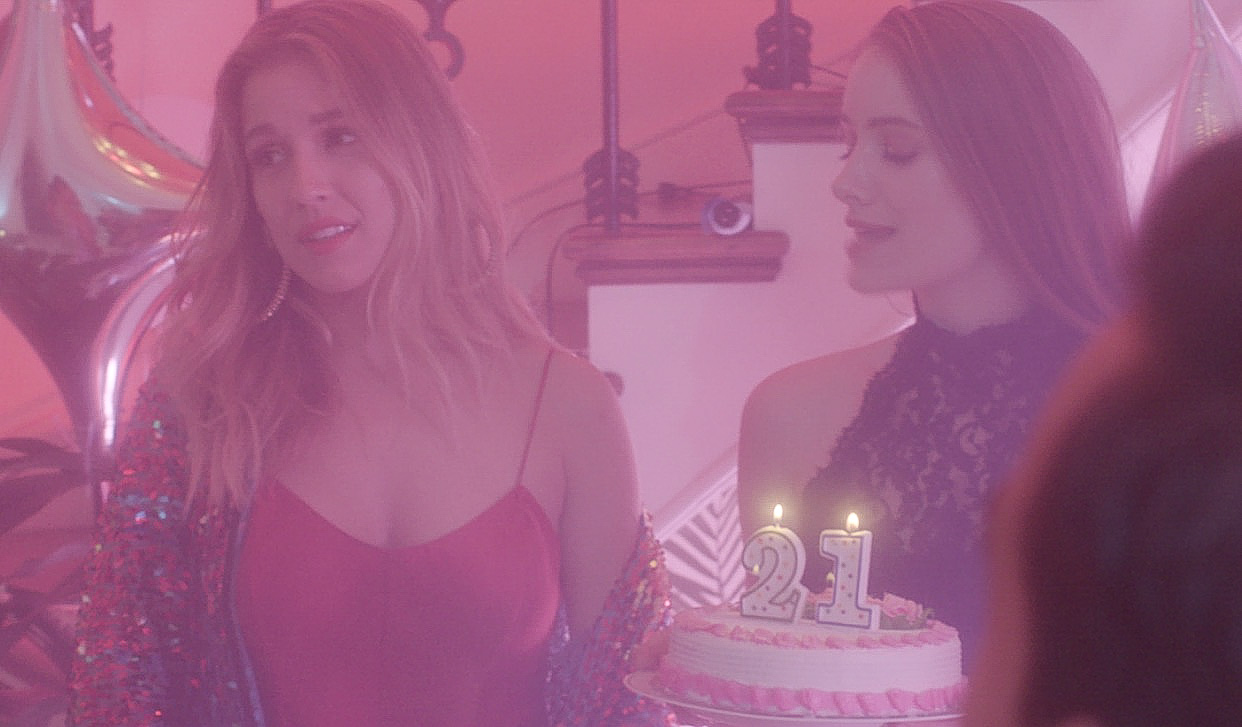