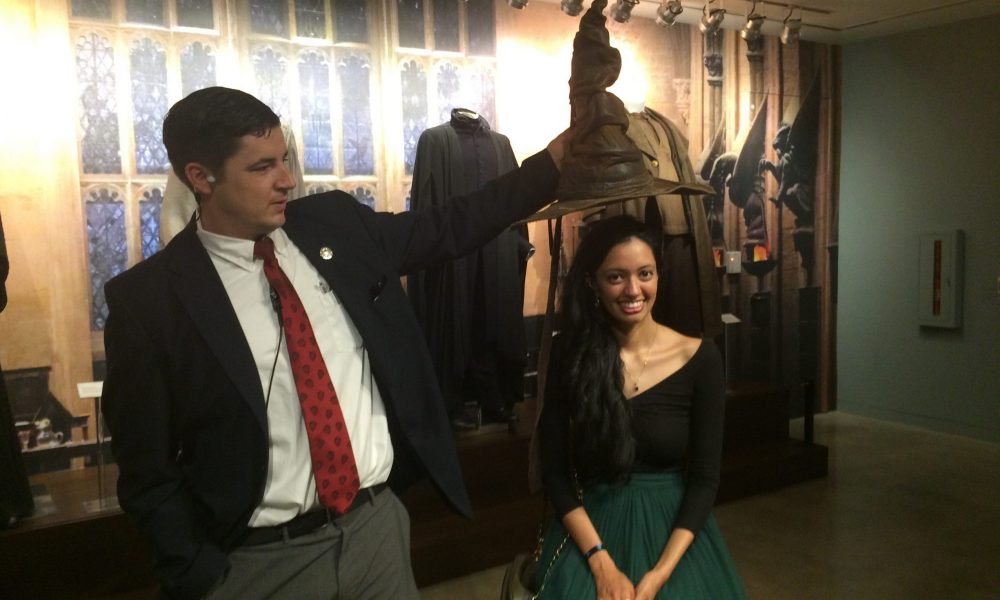 Today we’d like to introduce you to Gaayatri Kaundinya.

So, before we jump into specific questions about the business, why don’t you give us some details about you and your story.
I never imagined that I would be a music composer. I started out as a professional Indian Classical singer and trained for many years under a renowned Sarod master by the name of Ali Akbar Khan from the time I was 4 years old for nearly 14 years. I got to the point with my singing where I was performing around the world giving classical music concerts and was one of the only performing artists in my field presenting music of this specific lineage of Indian vocal music from my teacher. I had the fortune to meet some of the greatest masters in my field, and study with other acclaimed artists.

I also worked with many world musicians from my involvement with the San Francisco World Music Festival, where every year I would perform alongside traditional artists from all over the globe. Some years after the festival was established, they wanted to put together ensembles bringing together these global musicians, and I naturally was a fit to help orchestrate and conduct these pieces. I learned a great deal from working weekly with a new tradition and a new form of music, anywhere from Cuba to Kyrgyzstan. This influenced my interests greatly, and I went on to continue studying music from around the world at UCLA, pursuing my BA in ethnomusicology. However, growing up in America, I loved listening to mainstream American music.

Everything from Classical to Rap interested me. I particularly loved watching television and film, and every year would watch the Oscars and pay special attention to the composers honored for their music.

It was when I was in high school where I heard a little voice in my head one year while watching the Oscars that said, “This is going to be you someday.” It was as if the voice wasn’t my own, and it was the same sort of voice that led me to learn singing from my teacher, and I was perplexed. I wasn’t a composer, and I never dreamed that I’d be anything besides a singer. But something told me to go follow that voice and told me it would guide me to my next destination.

So I showed up at UCLA as an ethnomusicology major knowing I wanted to take as many courses in film music production and composition as possible. I had no connections in the field and knew it was a difficult one to step into with so many talented and established composers. There are so many talented aspiring composers as well, and I am just another one of them. I would hear stories of people who tried and gave up because the field was just too unpredictable and difficult for them to maneuver. However much fear and doubt came up for me, something kept saying to me, “go on, go on.”

I eventually landed an internship with one of my all-time favorite composers, Mr. AR Rahman. Known as the John Williams of East, he has scored hundreds of super hit Indian films – which every child of Indian descent cannot escape knowing his songs. His claim to fame in the West is the Oscar-winning film Slumdog Millionaire. I was very fortunate to step into a place where there were producers using every possible sound and style from around the world to build out film scores and songs. I was fortunate to not an only intern, and then assist the studio, but also lend vocals and production to various projects there. I met my current team at this studio where we bonded over our daily Chai breaks.

As I started learning more about the tech and the music, I realized I had an opportunity to bring a unique skill set into film music. Given my background in world music traditions from all over the world, I could bring a sonic diversity into the media music landscape. I had a larger musical toolkit to work with to build soundscapes from, and this, in turn, gave me more options as to how to make truly unique scores to build out a director’s vision.

During one of our studio Chai breaks, the idea came up to start a production company with our team to lend this unique style of production to the rest of Hollywood, and the international film communities. We started Chai Time Studios together to bring this sonic diversity into scores and as a byproduct, bring better sonic representation of people in media.

Great, so let’s dig a little deeper into the story – has it been an easy path overall and if not, what were the challenges you’ve had to overcome?
I think following the path that we dream of is always filled with a lot of uncertainty.

Being Indian, I come from a community where most children grow to be either doctors or engineers because those are careers that yield a surefire stable financial output. My career isn’t exactly one that does this, and I did encounter a lot of people looking down on me because of this. But I think the biggest obstacles really don’t come from anything outside of ourselves. Having confidence and inner faith in myself and not caring about the judgments or opinions of others despite my failures was a big challenge.

I’ve learned many lessons from this journey already, but the biggest one was that any obstacle I seem to hit usually is because of something within and isn’t actually outside of me. That above all else has truly humbled me because there is no one else but myself to blame if something isn’t happening the way I want it to go. It has forced me to take responsibility for myself in a way I never had to before.

Another one of my biggest challenges is continually having to grow and change in order to move forward. I have had to learn a lot of skills I never ever thought I would have to know. I never thought I would be a businesswoman, and never dreamed of learning as much technical production as I’ve had to learn in order to be a composer. After 14 years of singing, I had to start from the very beginning to pursue my current ventures in composing and running our business. So learning to be OK with failures, be OK falling flat on my face, and be OK being completely wrong and starting over every day has been a huge source of growth for me.

Finally, I think it’s been so hard to let go of expectations from others and myself about how things should be or should happen. The only way I’ve been able to really be ok with my mistakes is by letting go of my expectations for how something should have been instead. This has been so powerful because not only does it allow myself to be confident in myself because of my failures alongside my strengths, it really has taught me to be open to possibilities in a way I never was before. When something doesn’t work out and you were counting on a particular contract or lead, saying hey that’s ok let’s find another way – this has taught me how to use one of my biggest skills, my creativity, in my business.

I think these lessons so far have been my biggest challenges to accept and understand.

Please tell us about Chai Time Studios.
We are a music production company for film, tv, and digital media. We specialize in world cinematic music and sonically diverse music.

What sets us apart from other composers and producers is that we use sounds and styles from all around the world as our tools in building the sonic world of a film, tv show, or game. A good score is one that tells you what’s happening without even looking at the picture. It brings out the director’s vision for the setting, the character, and the personality of everyone and everything on screen. Most soundtrack music is based on western orchestral music or western electronic production, and we love the beautiful scores of the past, they are a huge influence in our work. But some of the richest soundtrack music has come from composers who have broadened their scope and used a larger set of influences in their music. This is the basic idea behind our company.

We want to take the music a step further than what we’ve seen so far. With our study and understanding of world sounds and styles, we have a broader set of options to look for when finding what would best represent a director’s vision. This helps us tell a director’s story with a richer, more unique perspective. As stories and characters become more diverse on screen, being people who use that diversity in our sound from the ground up has definitely set us apart from others in a powerful way.

Do you look back particularly fondly on any memories from childhood?
Going to Italy and playing in the snow in the mountains, we made a snowman and had the most amazing Italian hot cocoa in the world! 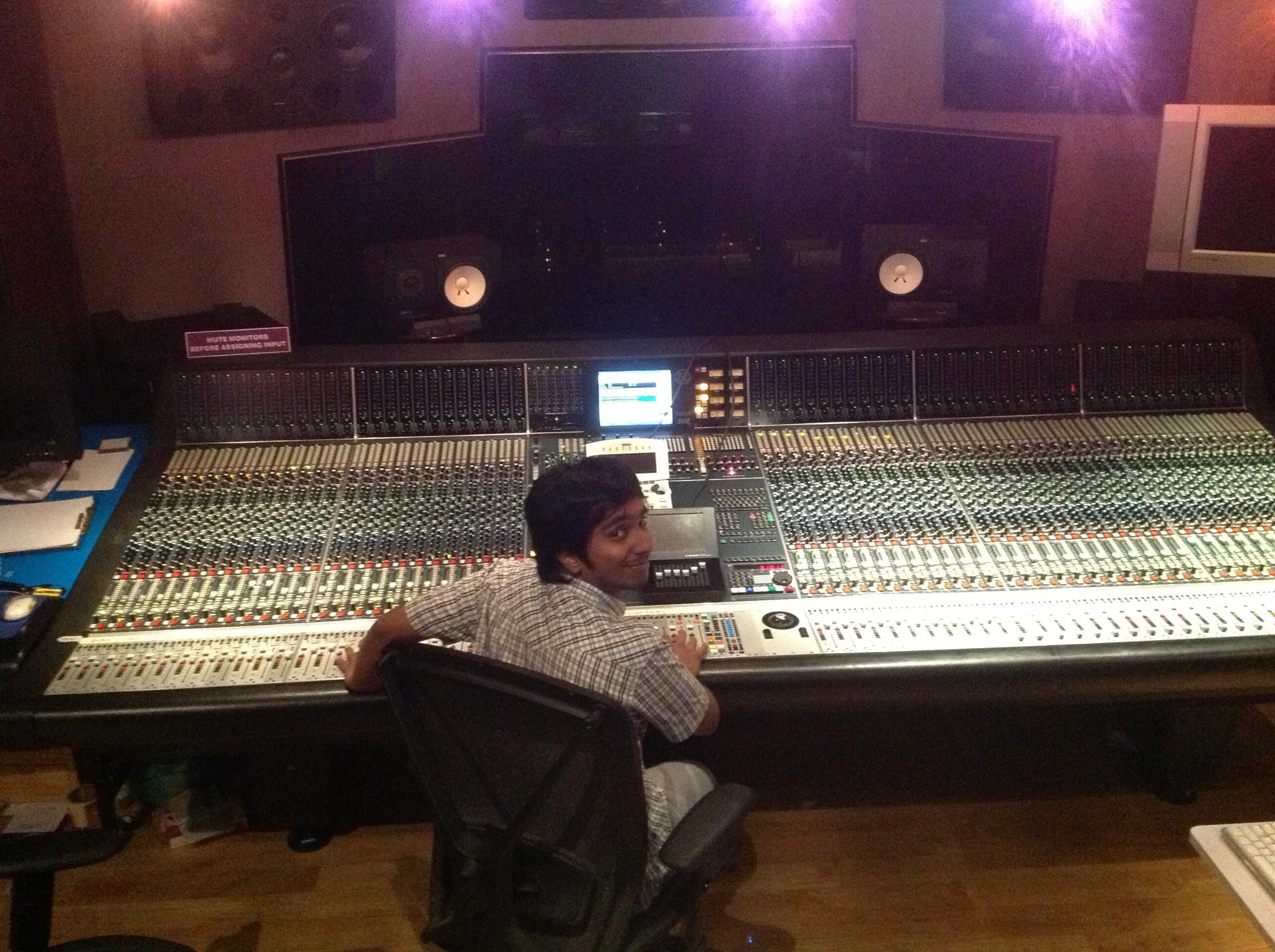 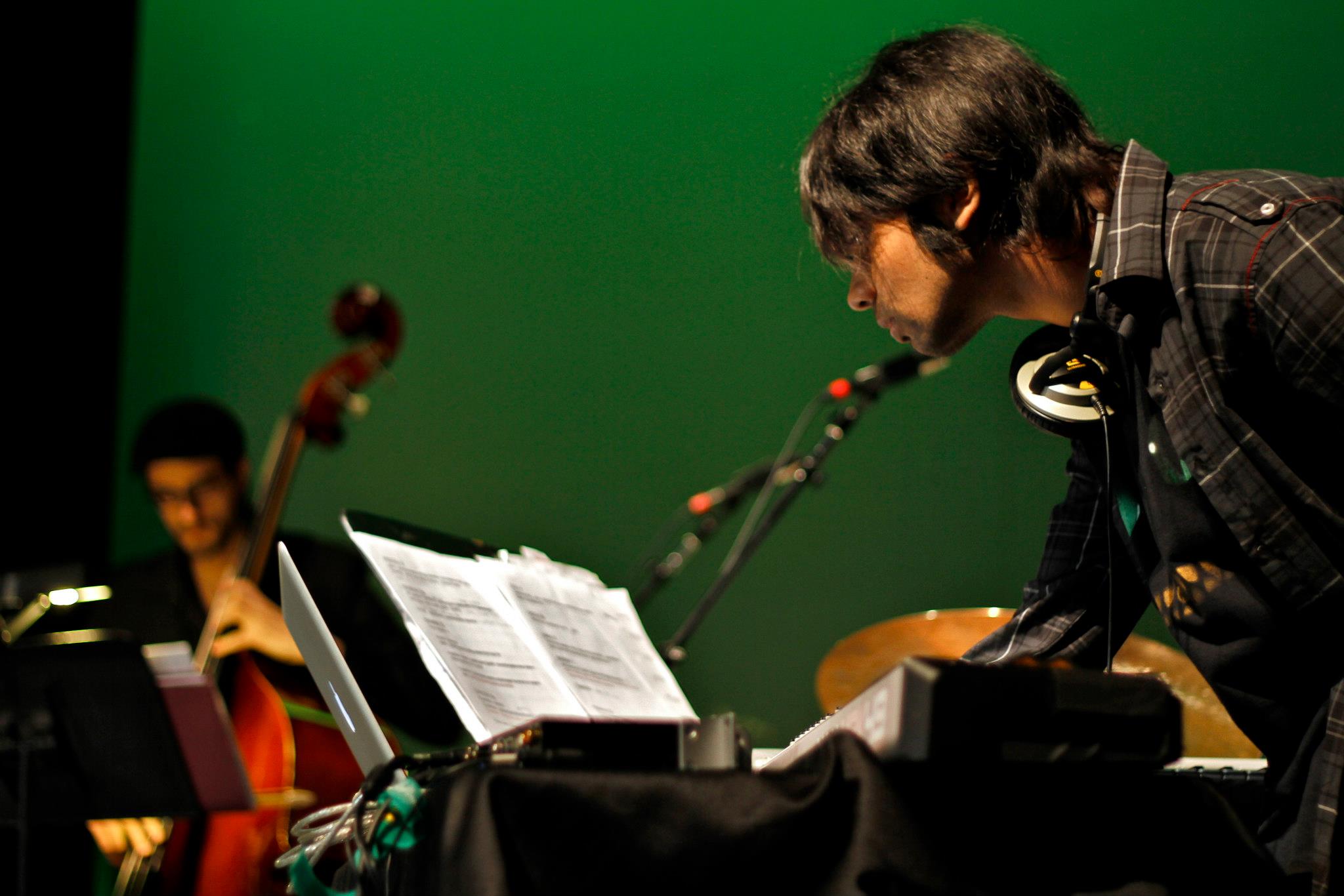 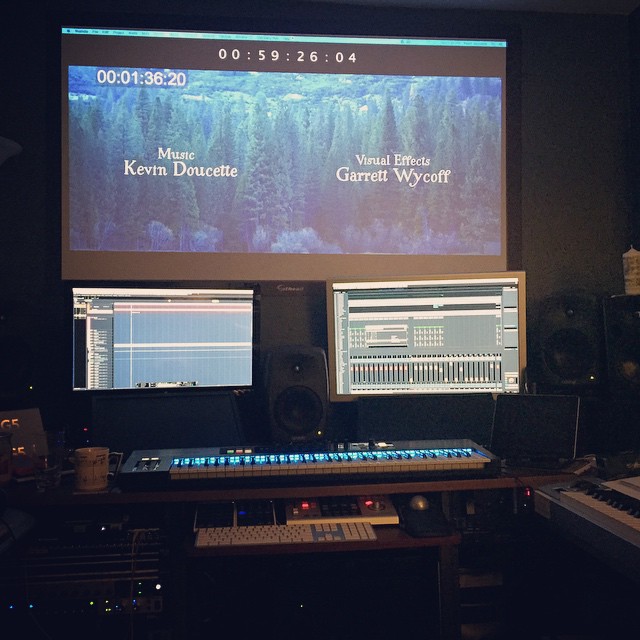 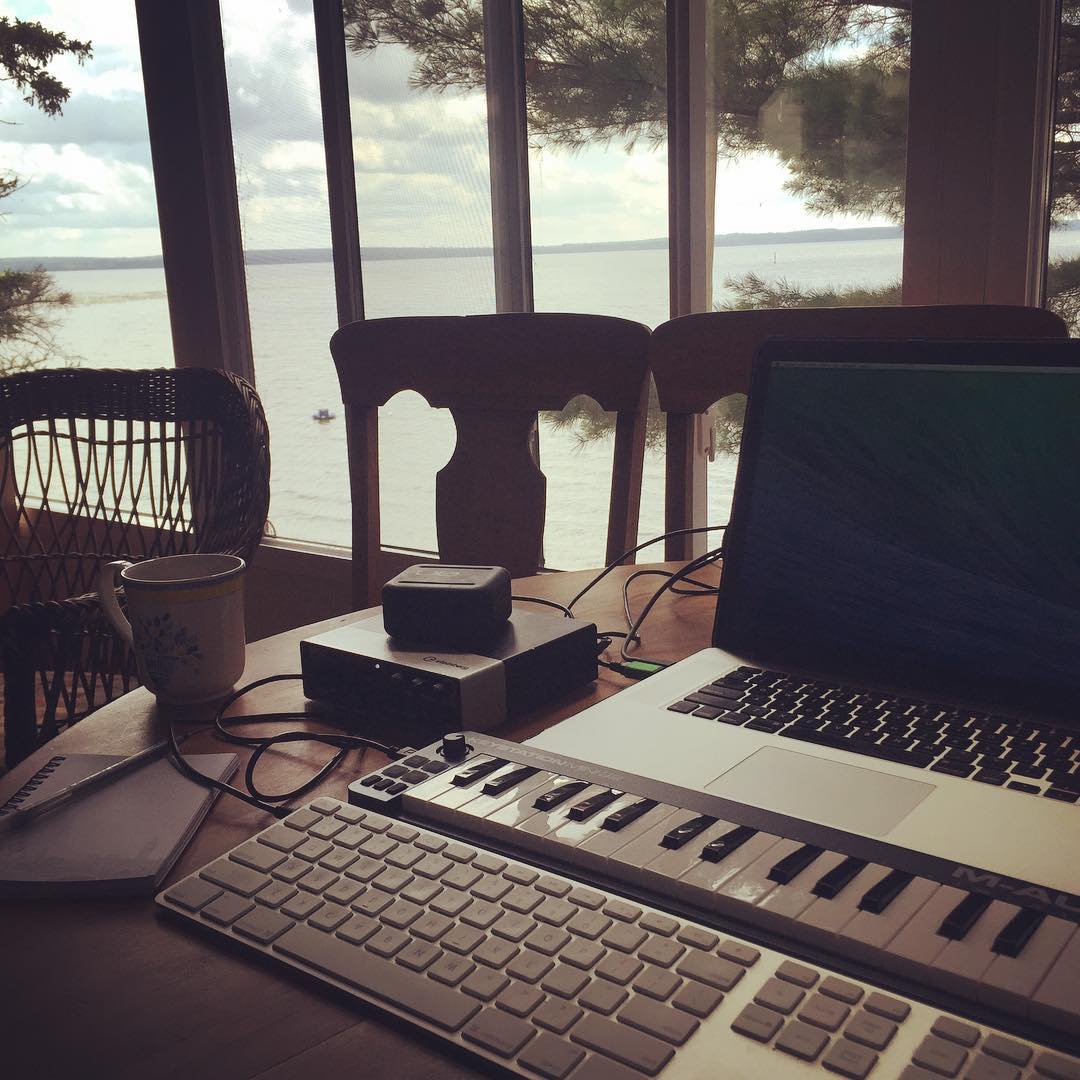 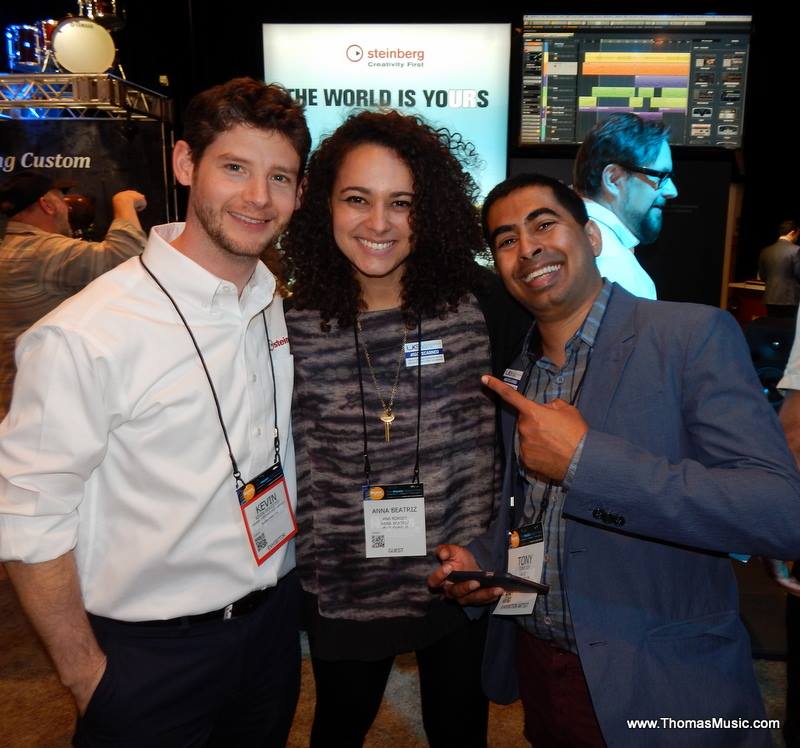 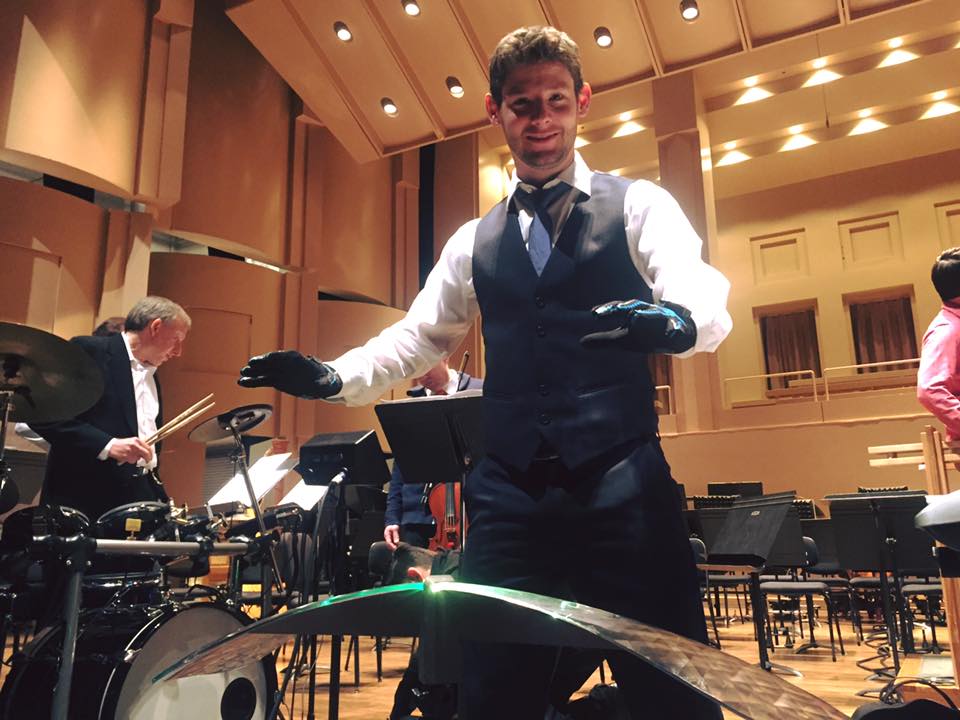 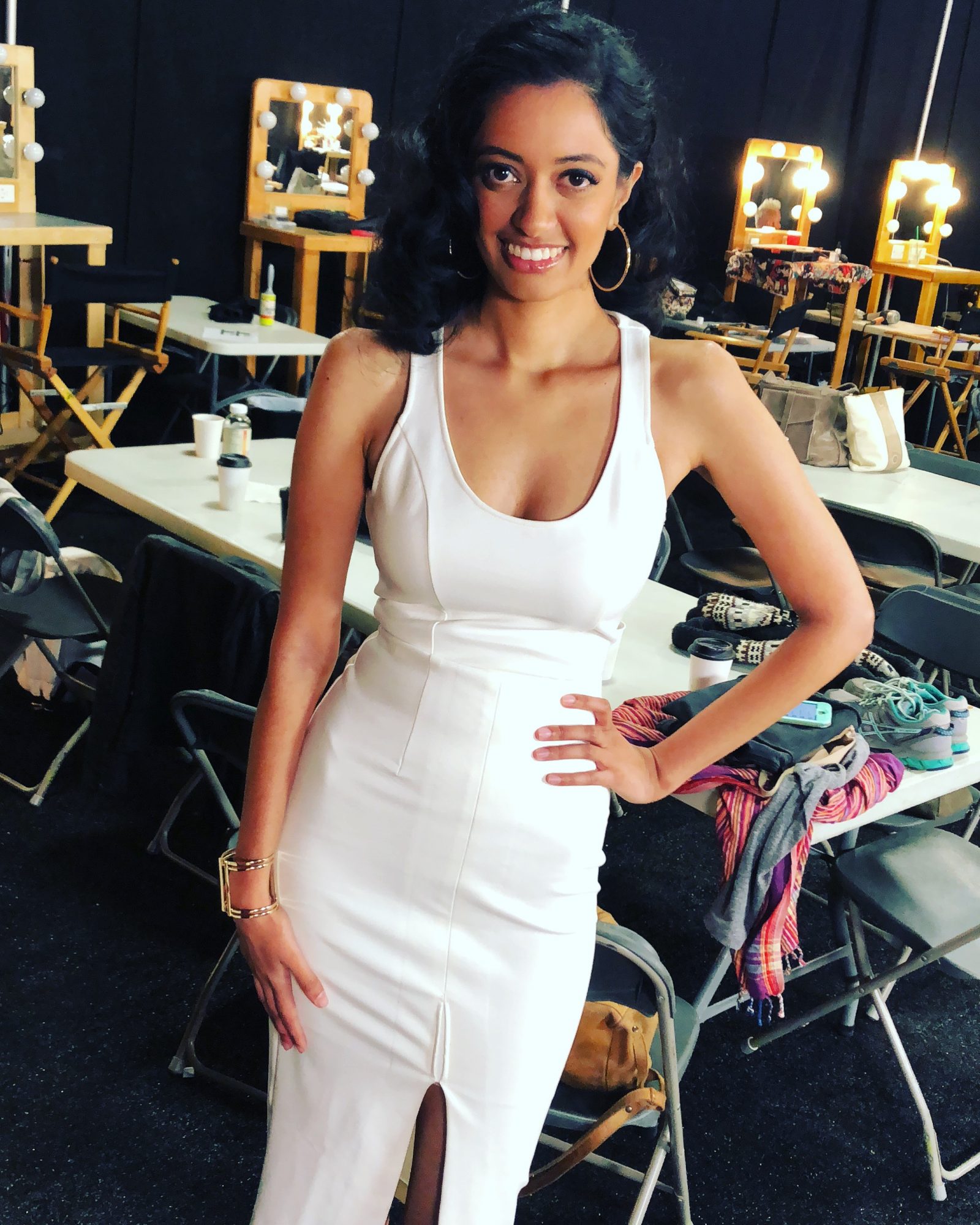 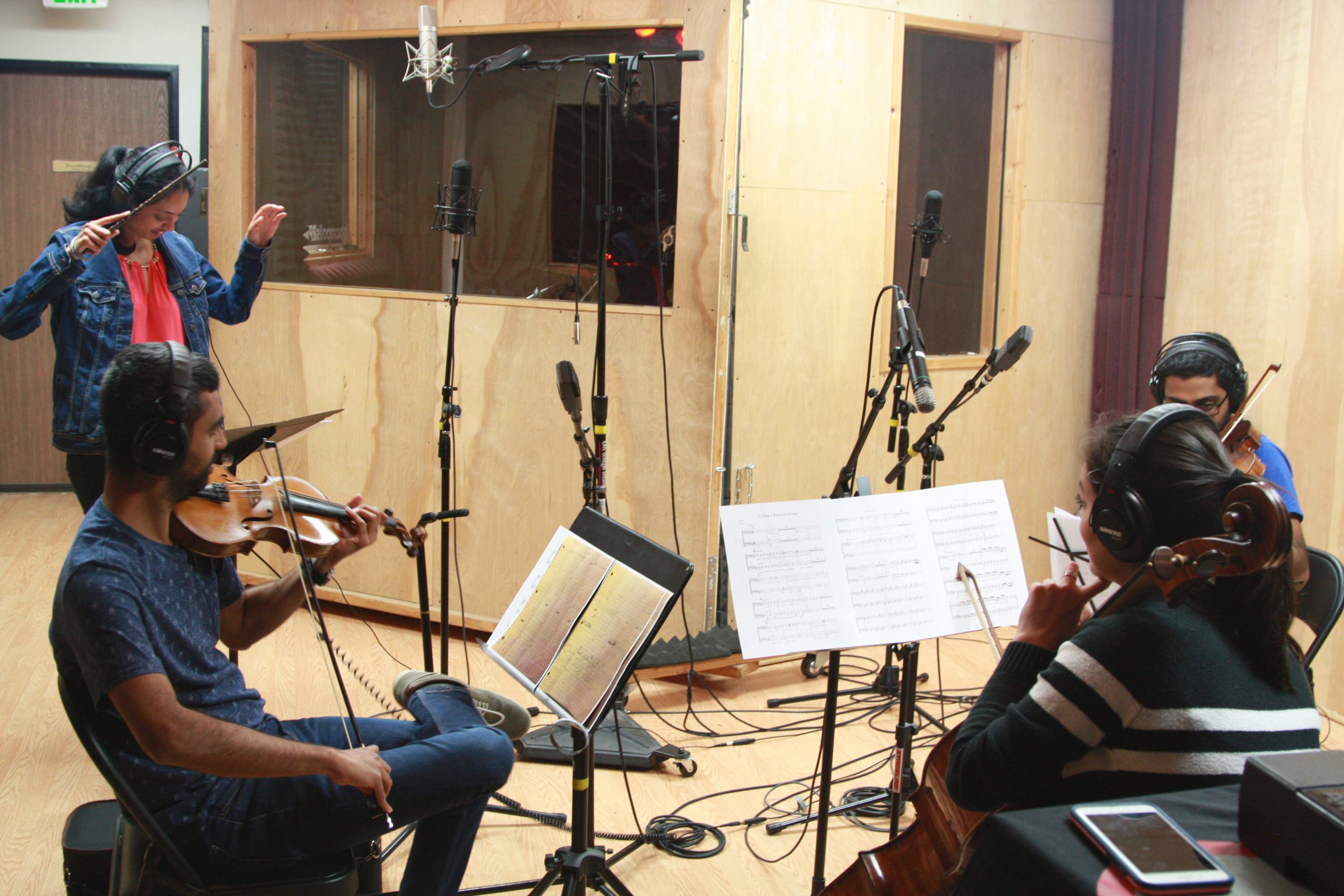