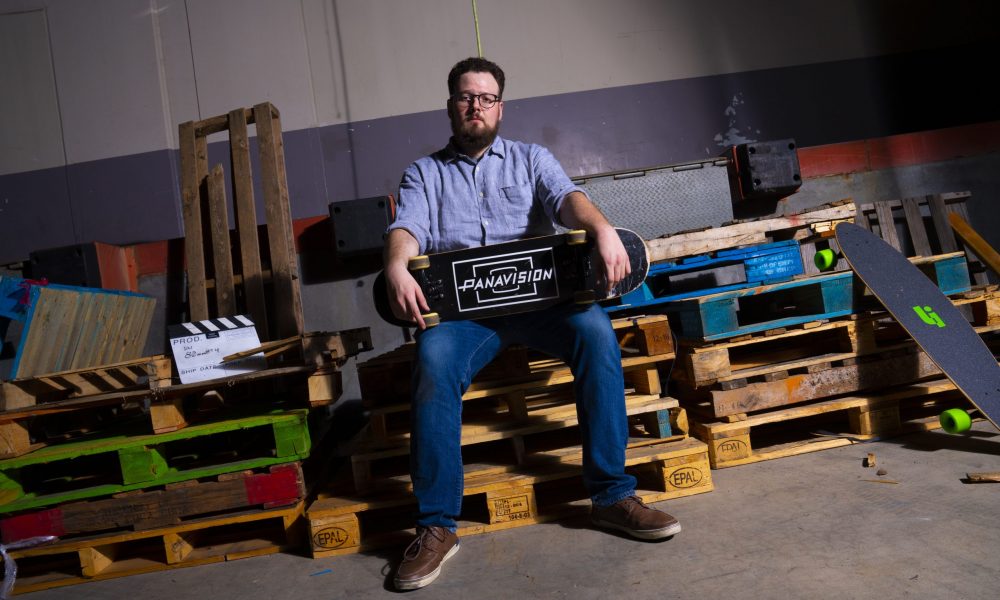 Today we’d like to introduce you to G. Wilson.

Thanks for sharing your story with us G. Wilson. So, let’s start at the beginning and we can move on from there.
Hey, I’m G. I’m a screenwriter and content producer from Las Vegas, NV. Not too far from LA. Interesting town to grow up in. Addicts and sad people share the suburbs with Libertarians and gun nuts. Homeless people live in the drainage tunnels, but the tourists on the Strip pay no mind to any of it. They’re too busy experiencing 120 Days of Sodom 24/7/365. Great childhood, though. Can’t complain.

I was bitten by the movie bug early on because there wasn’t much for families to do in Vegas back then. We spent countless hours in the casino movie theaters. At home, the TV was always on. My Mom loves TCM and constantly played all the classics. My Dad is a huge genre connoisseur. I’ve seen all the Schwarzenneger flicks and Star Wars more times than I can count. Dad also introduced me to Sylvester Stallone’s directorial masterwork, Staying Alive. Who could forget Far From Over, the Golden Globe-nominated track by Sly’s brother, Frank Stallone? Mix all those influences with a steady diet of metal, anime, and horror films with my brothers, and you got me.

It’s no surprise I went to UNLV to study film. My brother Spencer and I kind of had a Coen Brothers collaboration going on. We met some weirdos like us in school and made a bunch of shorts together. Some of us went to work for the Las Vegas Film Festival over a couple of summers. I ended up working social media because West, the programming director, thought I was a digital prophet. Really, I was just a nerd who read and watched a bunch of stuff on the internet. Every summer at the fest was a fabulous experience for the next few years. I ran around like a crazy person to capture content and watched tons of movies.

Through LVFF, I met Roberto Raad, an absolute mad man and psycho mentor figure. I started helping him make comedy and horror videos for his YouTube channel, SlapTV. During a fateful trip to the AVN Adult Entertainment Expo, we managed to capture a piece of viral gold. The clip featured Teen Mom star Farrah Abraham absolutely tearing Roberto to shreds. After that, the SlapTV content team was absorbed into Vegas.com and we went full throttle. We ran around the city doing the most insane things you can imagine. Shooting machine guns, interviewing drunk people in clubs, getting lost at EDC, and racing exotic cars.

Things at Vegas.com came to a bittersweet end when I was accepted into the AFI Conservatory last minute off the waitlist. With only two weeks before the semester, I had to pack up all my stuff and move to LA. Thrust into the program, I studied screenwriting and made a bunch more short films with talented weirdos from around the world. In that insane pressure cooker, I learned from some of the best working filmmakers. It went by like a whirlwind. Post-AFI, I have two thesis films that I co-wrote and story edited floating around: Moth, directed by my creative partner-in-crime Shu Zhu, and How to Live Your Life Correctly, directed by the inimitable Xindi Lou.

Most recently, I received my MFA and was slapped in the face by the real world. It was tough finding work, but I scored PA and social media gigs here and there. However, it was the vape industry that took a bet on me and gave me my first steady gig in LA. I worked my way up from marketing assistant to content producer at Daddy’s Vapor, the manufacturer and distributor of Twist E-Liquids. This past May, we ended up going to the UK Vaper Expo in Birmingham to capture some sick content. It’s basically the Cannes Film Festival of Vape, where thousands gather to find the latest and greatest products in the industry. While we captured some banging footage, I wouldn’t recommend riding in the back of an Enterprise moving van to get to an awards show. Ask me about the Gordon Ramsay impersonator and the magician some time.

Despite all the fun and shenanigans that were had, I recently left Daddy for a social media position with the brand marketing team at Panavision. It’s the dream job I’ve been hoping for since I arrived in LA. Every day, I’m learning something new in the office, which is filled to the brim with cinema magic and technological wonders. I’m incredibly excited to continue refining my content creation skills in this new chapter of my life.

Traffic will always suck, though.

Great, so let’s dig a little deeper into the story – has it been an easy path overall and if not, what were the challenges you’ve had to overcome?
It has not been a smooth road. It’s been bumpy with tons of cracks and potholes. My family took a huge financial hit during the Great Recession, and we never fully recovered. Money is an anxiety-inducing issue for me. Nowadays, I’m trying to exist in LA, which is monumentally difficult with the insane cost of living. There’s also the student loan debt and credit card debt I’ve accrued over my college years. But that’s American life, I guess. I’m sure the debt will make my epitaph. “Here lies G. Wilson, gone too soon. Still owes over $200,000 to the US Government.”

Not to be a masochist or anything, but I’ve also been suffering from plantar fasciitis for a few years now. My flat feet hinder me sometimes, but I manage. It saddens me to say I’ll never be able to slam dunk on anyone. More recently, I found out I’m pretty lactose intolerant, but I continue to eat cheese even though it hurts me– because I love it so much. I guess that’s a lot like a writing career.

Overall, I can’t complain though. I have a great support system. My family and friends are healthy and happy for the most part. I can’t say things are perfect, but I’m grateful for everything that’s chugging along.

Panavision – what should we know? What do you guys do best? What sets you apart from the competition?
I’m proud to be a part of the Panavision family. The company is an absolute innovator in the film and television industry. I’m lucky to be a colleague among so many brilliant and hard-working individuals.

I’m the Social Media and Marketing Coordinator, which means I operate Panavision’s social media platforms as well as Light Iron, Panavision’s post division. I’m responsible for coordinating social campaigns with the brand marketing team to distribute content across our worldwide platforms. What sets Panavision apart from the others is its proprietary equipment and end-to-end workflow. Across Panavision’s divisions, a project can be serviced from pre-production to post. It is a comprehensive ecosystem of creative solutions.

What moment in your career do you look back most fondly on?
I’m still very young in my career, but the moment I’m most proud of so far is seeing all our hard work come to life when Moth had its premiere. It was a very intense experience. Friends both new and old came to see something that the team put our hearts and souls into. It’s a very special film for me. We strived to make it as authentically as possible, and I definitely believe it came across. I can’t wait to see what comes next as I continue collaborating with Shu and the team. 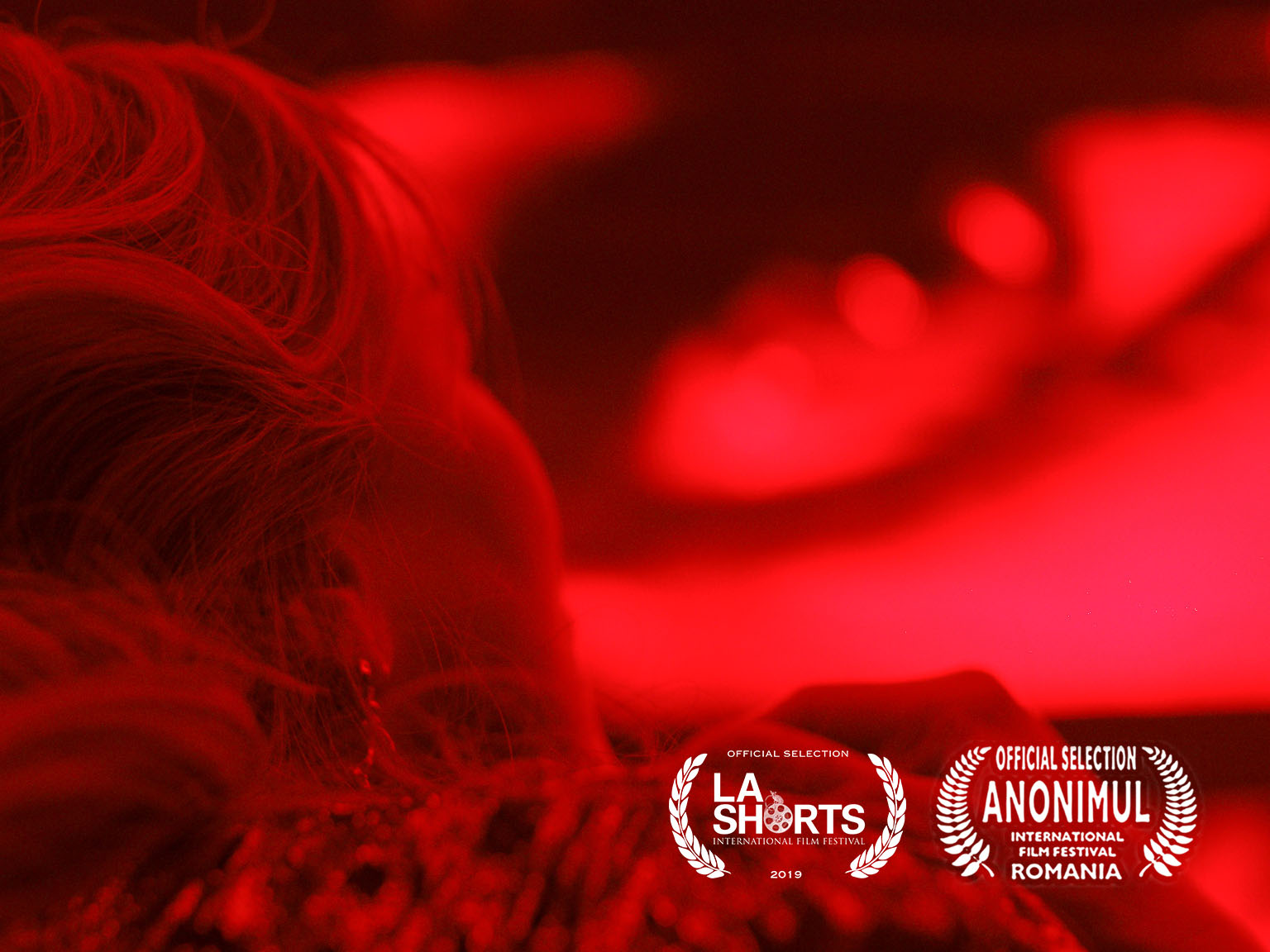 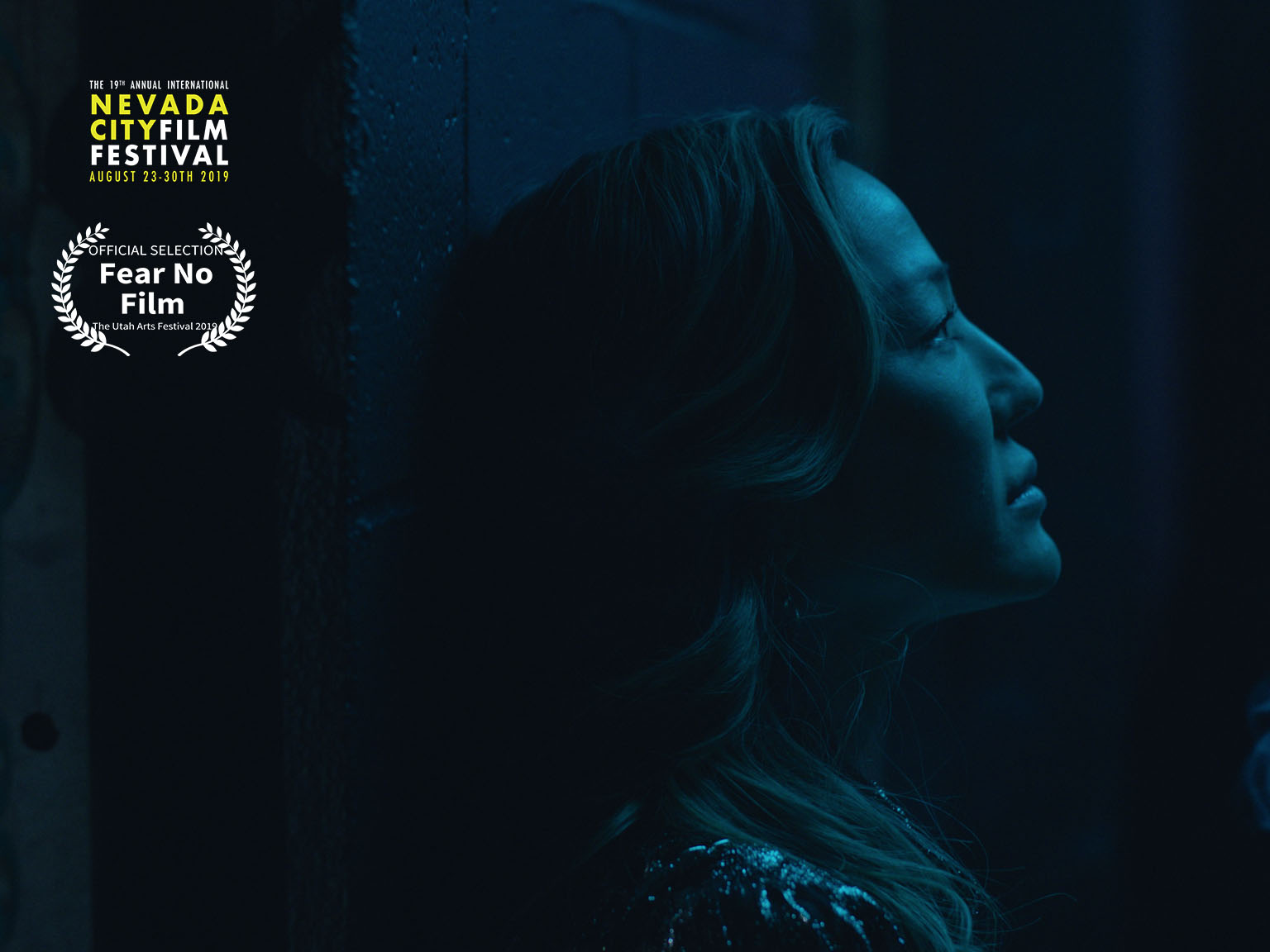 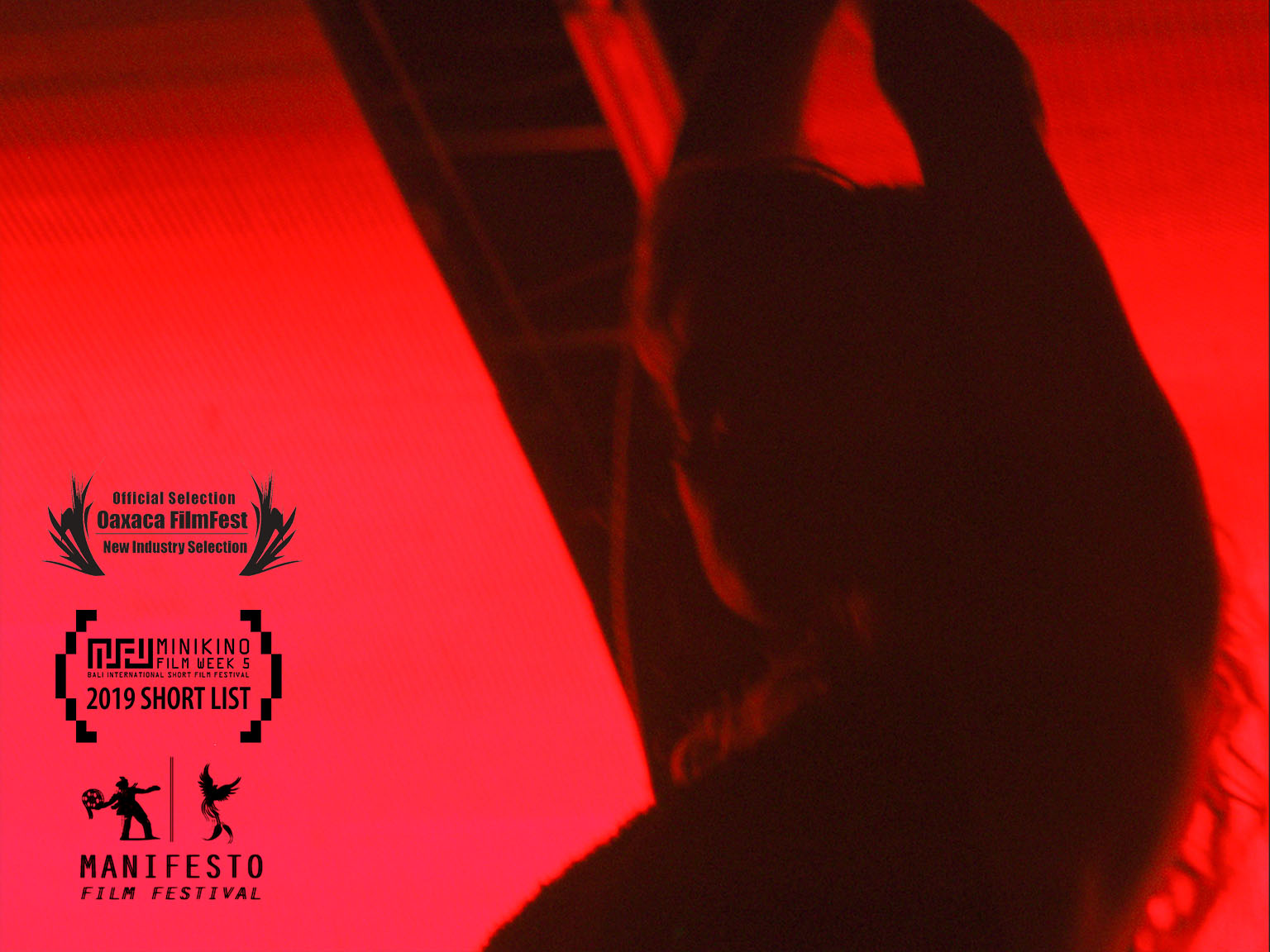 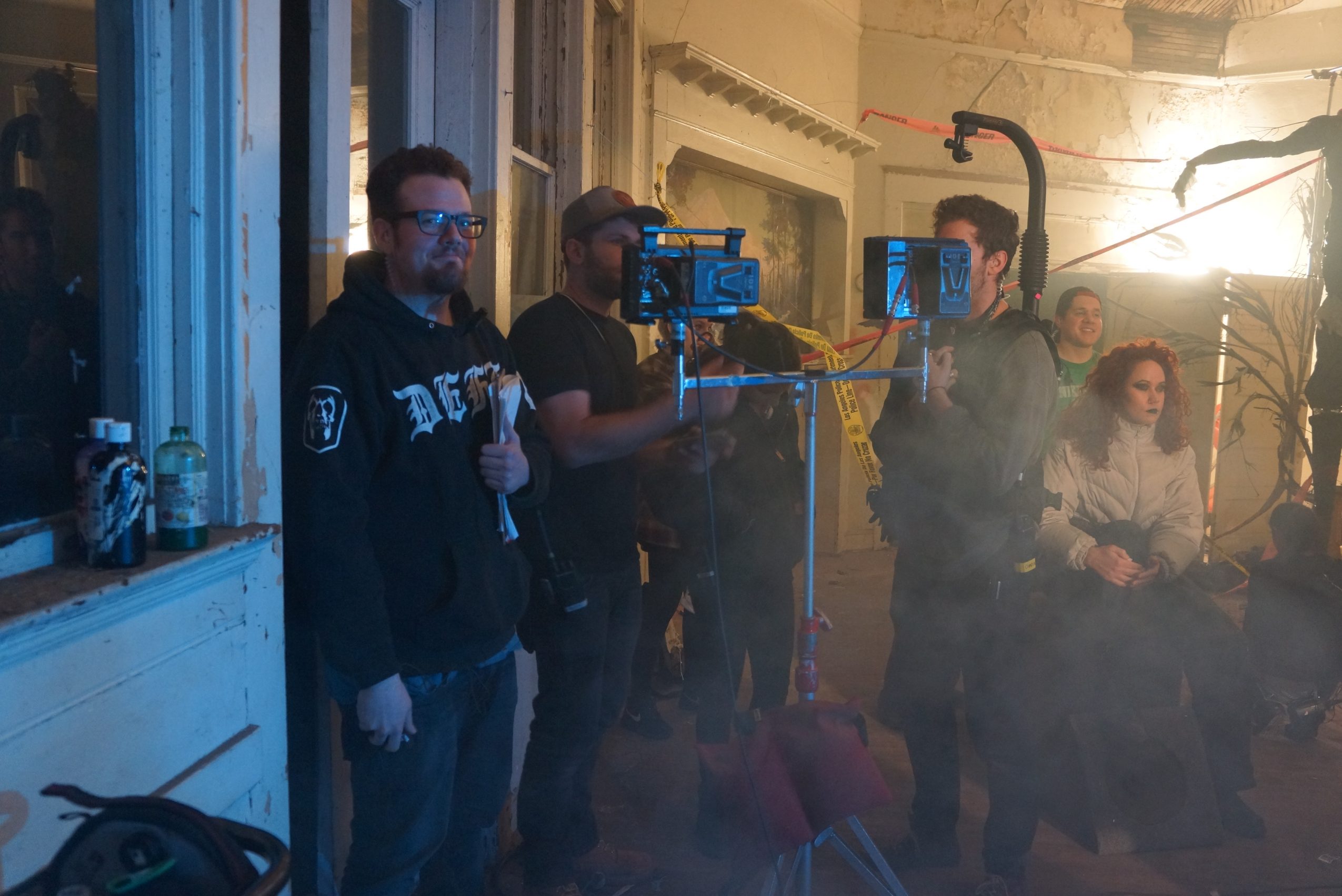 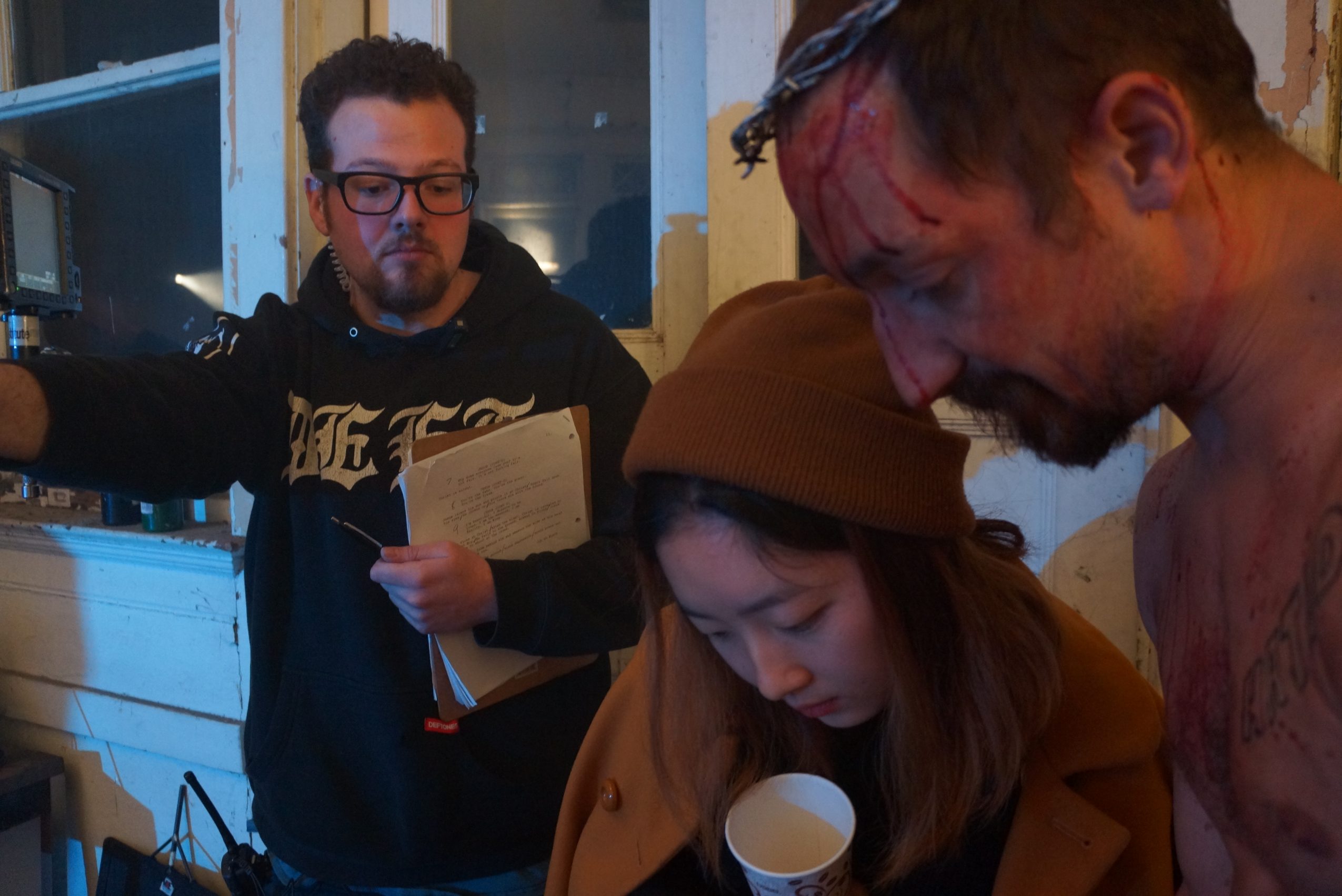 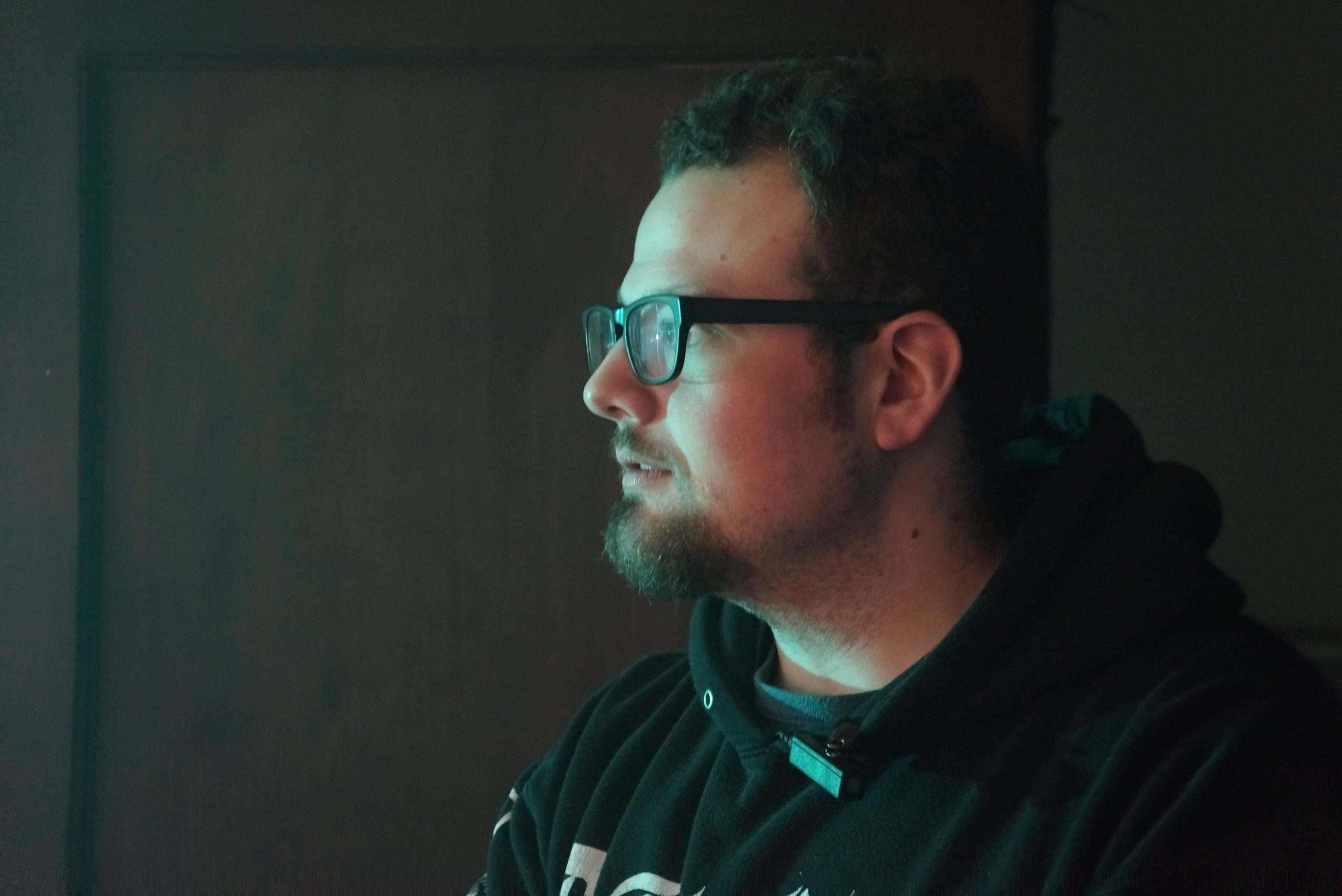 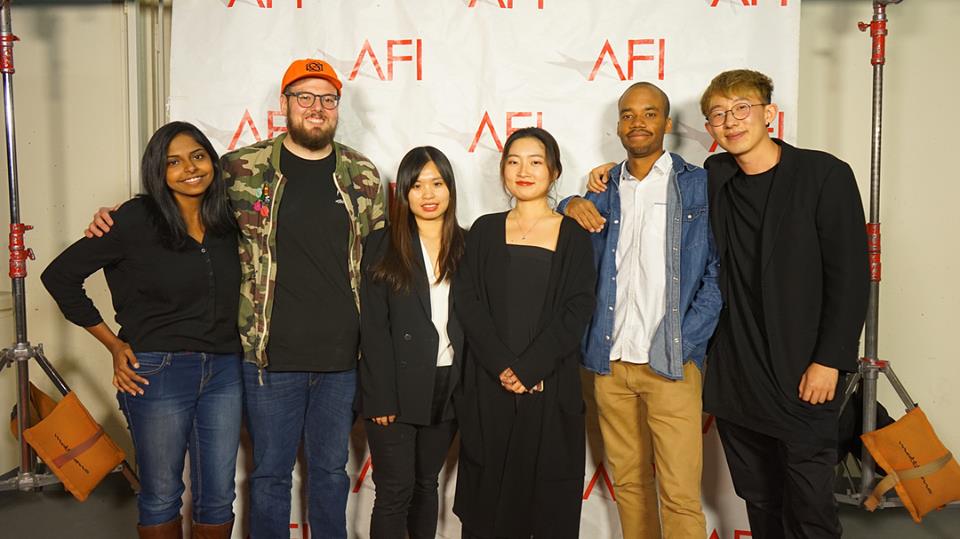 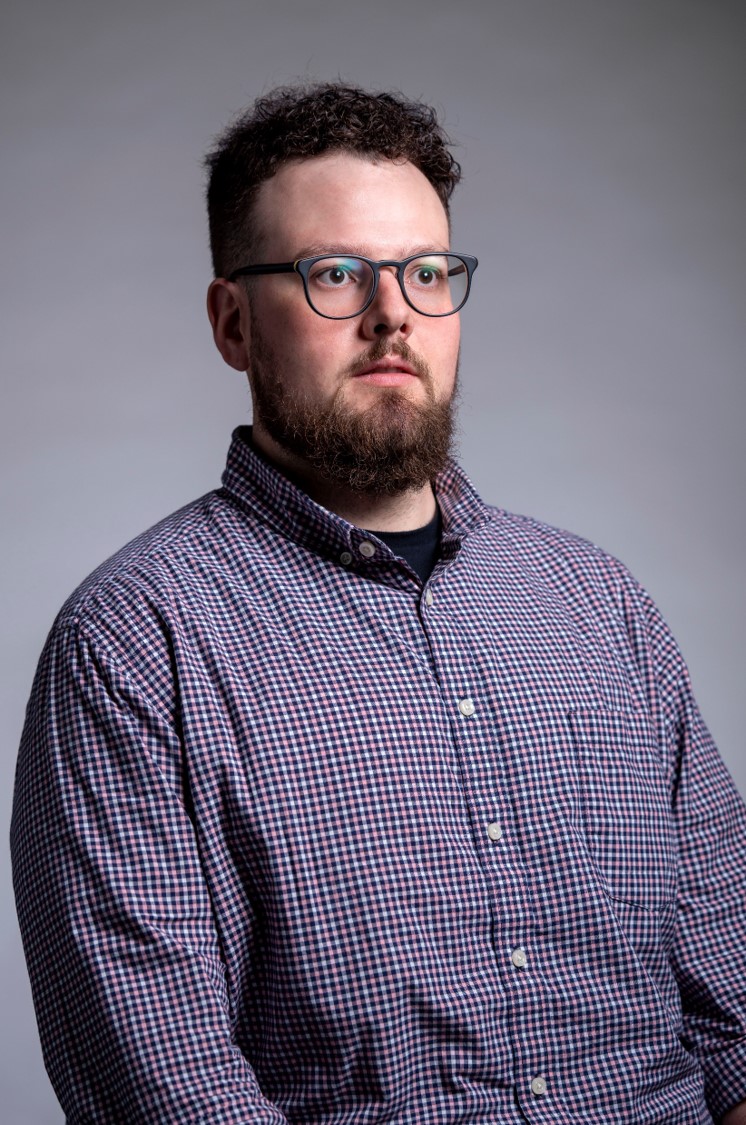