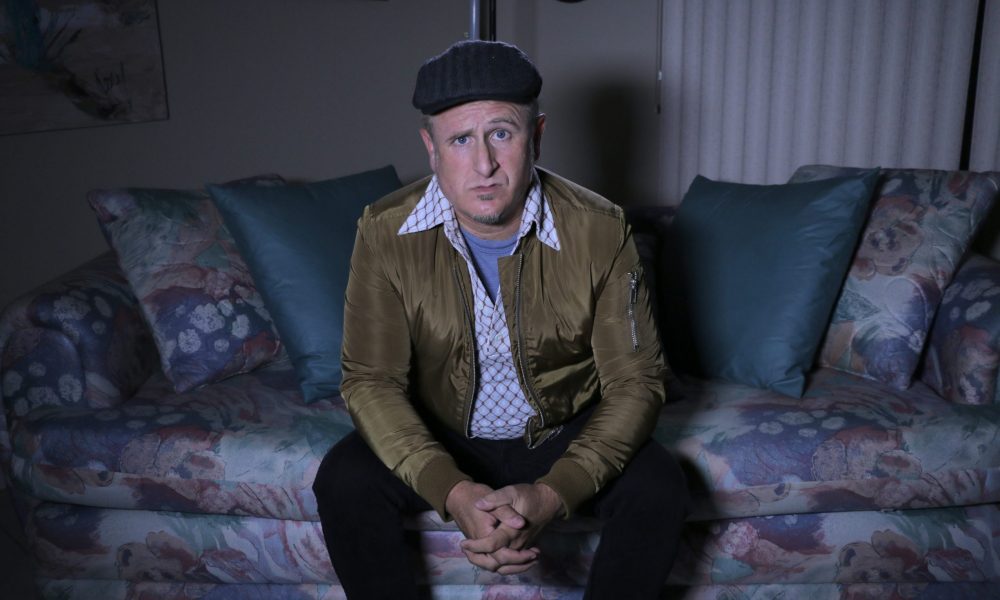 Today we’d like to introduce you to Kerry Porter.

Kerry, please share your story with us. How did you get to where you are today?
I’ve always been a very artistically inclined person throughout my youth which led me to excel in art and music growing up. I can remember loving music from the early age of 6 or 7 when my parents would always have classic rock playing on the radio and I realized I just loved to listen to music. I loved the way it made me feel and the places it would transport my mind to and I just loved everything about music.

My passion for music growing up ultimately led me to write music and play in bands throughout high school afterwards and we even recorded a couple albums on an independent record label as well as do some short tours throughout the states during one year. Although we never were a giant success, it was all a great experience for me and it really set off a drive to be a part of the entertainment industry in one way or another. I’ve always loved the energy in the air when I go down to Sunset Blvd or Hollywood Blvd or really anywhere in LA that has a creative drive or feel to it. I’ve always wanted to be a part of that energy, to contribute to it.

So about 7 years ago I was in a band called “The Good Bites” and I suggested we make a couple music videos with a cheap camera and some Adobe editing software I had. I had never done any video editing before, but I had the software, so I was willing to learn so we could make a couple music videos for our band. We made the two videos and they ended up turning out really great! One of them was a “stop-motion” music video that was very ambitious for us with the minimal equipment we had, but that one turned out great too! I figured out the logistics of doing stop motion and was able to make it all come together in the end. I’m still proud of that video being one of the first music videos I ever made.

During that period, in early 2010, I had lost my “regular” job of 5 years due to the company moving up to northern California. They gave me a nice severance check which was able to keep me going for almost a year. During that time I was applying for jobs but having trouble finding something that would work for me, which of course can be a frustrating process.

A friend of mine suggested that I start a video company and make music videos since the two I made for our band turned out so well. It honestly didn’t sound realistic to me at the time it was suggested and I didn’t take it seriously. I just didn’t think I could go out and do something like that when I’d just be pretty much starting from scratch. But as it was getting harder and harder to find a job, I finally took the advice of my friend and thought I’d give it a shot since I’d really have nothing to lose while I’m trying to find a job.

I went to see an old friend of mine that does wedding videos for a living and asked him how he got started. He showed me all of his equipment and told me how he got started with everything. I left his house that day with a whole new outlook on things and told myself: “I’m gonna make this happen!”

I bought my first “professional” camera and tripod for $3000 maybe a couple weeks later. It was a little scary because my bank account was only getting smaller and spending that $3000 didn’t help it at all. That made me all the more determined.

Soon after I got my camera, I bought some professional editing software (Final Cut Pro). As soon as I had those two things I called up a band and 2 solo artists I knew and told them I want to make a music video for each of them for free. This would give me a few more samples in my small portfolio to show. It was these three videos that really taught me how to edit videos professionally, so I was so thankful for that band and 2 solo artists for letting me shoot videos for them. Their videos ended up looking pretty good so fortunately it helped them out a bit too.

I had already built an amateurish website, but it worked for what I needed it to do. I put those 5 sample videos up on my website and immediately started placing ads on Craigslist in Los Angeles, Orange County, San Diego and Inland Empire. “Make a Music Video for only $400 flat!” is exactly how the ads read. I was catering to the “local” scene as I related to being in a local band trying to “make it”.

I think it was about a couple weeks later that I got my first official job set up to shoot a music video for a band down in San Diego. I took my camera and a few small shop lights and hoped for the best. It was exciting and very scary at the same time because I was actually being paid so I was scared that I would mess something up and make a joke and a fool of myself in the end. But fortunately, it turned out pretty good and the band was very happy with it. That was ONE more video I could put on my website to show for my work!! It was exciting!

In the next couple years (2011-2012), I started slowly building up clientele and it was still a little rough financially because I was still charging only around $500 – $600 per video and I was only getting enough jobs to barely get me by. BUT…………. I was seeing growth! I was convinced……..if I just hang in there and keep pressing forward, I will start doing well. I was convinced it was just a matter of time.

Now 7 years later, I am doing better than I ever have financially. I now have very professional, high-end video and studio equipment that allows me to excel in my work even more now. I still shoot most of my videos by myself without a crew or any assistants which keeps me hustling on set, but I’m always able to make it work. I do bring in assistants for some bigger jobs though, and I’m at a point where I may bring in another person to help me run this business now that it’s getting so busy. I’ve shot and edited over 200 music videos and am busier than ever and am so thankful for the opportunity to be able to do what I do. I will never take it for granted and I will always give 100% to those I work with.

We’re always bombarded by how great it is to pursue your passion, etc – but we’ve spoken with enough people to know that it’s not always easy. Overall, would you say things have been easy for you?
Overall, looking back I’d say it’s been a pretty smooth road for the most part. The first couple years 2011-2012 were a bit of a struggle because it was the period where I was still building my portfolio and still building clientele. I can remember barely having enough money to pay rent at times and actually being pretty scared with my financial situation not being the greatest during a couple periods. It definitely made me question things a little bit, but I knew I had to keep going since ultimately, I was seeing growth with my business. It was that growth that really helped keep me going and believing.

I had always read that most businesses struggle in their early stages as they’re getting off the ground, so knowing that definitely helped me believe that it will get better if I can just hang in there and continue to press forward as much as possible. Now I know it’s true!

So, as you know, we’re impressed with Frontman Video Productions – tell our readers more, for example what you’re most proud of as a company and what sets you apart from others.
Frontman Video Productions is a video production company that specializes in music videos. Although we’ve worked with bigger names in the industry, we also pride ourselves in working with the “local” scene and creating quality product for bands and artists that don’t have a giant budget to work with.

I think what sets us apart from others is not only the passion we put into each and every project, but also our positive energy we bring to the set. I’m the type of person that likes people in general and appreciates them for who they are. If you have a job shooting music videos, you have to be a “people” person because you meet SO many different types of people in this industry. I happen to love that aspect of it and I think people usually sense that so I like to think it helps create a harmonious atmosphere to work in.

So, what’s next? Any big plans?
I will still continue to shoot and edit music videos because it’s just something I love to do. I do plan on bringing in another person to partner with me and help me run the business. I’ve got a couple people who are interested at the moment and it’s currently being discussed.

In the last 3 or 4 years, I’ve also done some video production for some corporate businesses which is something I’m interested in branching out and doing as well.