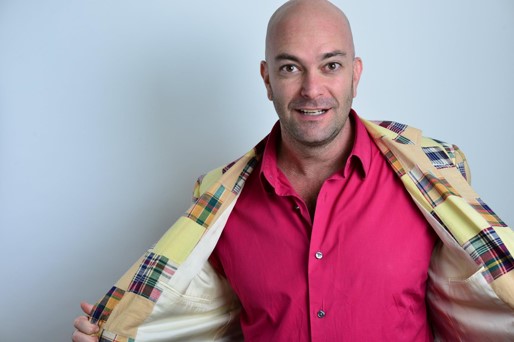 Today we’d like to introduce you to Kerr Lordygan.

So, before we jump into specific questions, why don’t you give us some details about you and your story.I’m originally from Paradise Valley, AZ. After being a kid who hated P.E. and sports, my mom got the idea to send me to an acting training camp — and a theatre monster was created. I’ve been acting and doing theatre since the third grade. At the same time, I also became obsessed with music — specifically heavy metal — and have been singing in metal bands since junior high school. I was honored to have been one of 30 students selected to enter the Bachelor of Fine Arts Acting Conservatory Program at the University of Southern California, so I made the move to L.A. After graduating, I moved to the Valley and continued doing theatre and music — been doing it ever since. I was elected President of Eclectic Company Theatre (ECT) — where I was producing, directing, writing, and acting in critically acclaimed and award-winning productions — and served for about six years. At ECT, my full-length comedic drama called ASKANCE was produced for a successful nine-week run, about a long-suppressed murder-mystery coming to light when senior citizens are forced to move out of an assisted living home that’s closing its doors. Here, I also co-wrote and starred in the original hard rock bisexual goth horror musical GOTHMAS. I am now a member of Theatre of NOTE in Hollywood where I have also performed, directed, written, and produced.

Recently I had the chance to direct the comedic play SPECIAL — a fictional re-telling of the making of the infamous Star Wars Holiday Special. The original world premiere was written by Emmy-winner Andrew Osborne, whose other Los Angeles world premiere years prior (NO LOVE) I also had the honor of directing at ECT.

Music-wise, I have sung in various hard rock acts such as Nocturnal Instinct, Aces High: A Tribute to Iron Maiden, and the shock rock glam punk metal band Bloodsak — in which I used to proudly urinate blood onto unsuspecting audiences. I am now singing in a cool hard rock band called Bed of Nails, currently writing and recording.

I simultaneously work in indie film and new media projects, and as a voiceover actor, most recently heard as Justin Deep in Netflix’s SUPER DRAGS.

We’re always bombarded by how great it is to pursue your passion, etc – but we’ve spoken with enough people to know that it’s not always easy. Overall, would you say things have been easy for you?Obviously, paying the mortgage can be a struggle for any working artist. But I’ve worked hard to establish a professional career which has included a management leadership position at Universal Studios Hollywood, where I was chosen as an advisor for the opening of Universal Studios Japan in Osaka, and an Associate TV Editor role at the world-famous Rotten Tomatoes website. Balancing it all is a bit of an art form and can lead to strenuous scheduling. It takes diligent organization and calendaring skills to manage all of these separate worlds. Professional life, theatre, film, new media, music — it’s a lot to keep track of. And I have definitely found myself being double-booked from time to time. I’ve had to do due diligence to iron out any scheduling issues and flawlessly execute each project in which I participate. I’m often involved in anywhere from one to five creative projects at any given time.

We’d love to hear more about your work and what you are currently focused on. What else should we know?I’m most proud of whatever project on which I am currently working. I take pride in what I do — always. Otherwise, what’s the point? I’m proud to be involved in various art forms and genres. I think that might be what separates me from others, too.

My current project which is as a performer in The Assassination of Edgar Allan Poe, an immersive theatre experience at Heritage Square monument/museum. Info can be seen here:
The Assassination of Edgar Allan Poe 2019.
And another original show I am in is coming back for the third time, this time at Midsummer Scream convention in Long Beach in early August. More info on that production is here:
https://www.facebook.com/DoctorZombasGhostshow/

What were you like growing up?
I became a metal-head at eight years old when I first heard Ozzy Osbourne’s unique wailing voice and thunderous Black Sabbath guitars blaring from my older brother’s record player. Ever since then, music has been a huge part of my life — and also allowed me to express myself differently from my peers. But I also became a fan of actors and acting. I guess it’s kind of funny to think of my idols growing up being Ozzy, Alice Cooper, Sir Anthony Hopkins, and Glenn Close. I’ve been called a walking anomaly.

I only went to public school for a few years until I was put in the very small Valley Jewish Day School — with only eight students in my entire grade — and then the not-as-small-but-also-very-small private institution Phoenix Country Day School — with 30 people per grade — through high school. It was there that I sort of co-created the drama department because there wasn’t really much of an active one until a few of us decided we needed one. I suppose a motto of mine has always been, “When something that you need isn’t available to you, make it yourself.” I still live that way. It’s how I became a writer, producer, and director, along with my acting habit.

I was known by my high school administration as a walking dress code violation, with my concert tees (all of which I still own and wear). Once the dean of students sent the dean of the high school to address the Slayer T-shirt I was wearing — the back said “Reign in Blood: Do you want to die?” I replied to the dean, “It’s a question, it’s asking politely: ‘Do you want to die?’ It’s not a directive or an order.” He giggled and left me alone. But this was a regular scenario for four years. Once I even got in trouble for wearing a mini-bagel earring. Yes, it was an actual mini-bagel, preserved. And yes, it hurt my ear, hanging from the lobe. But the reaction was worth it, especially when the dean told me it was “distracting from people’s learning.”

Growing up, my parents, Haig and Sandra, owned the largest musical instrument retail chain in all of Arizona, with the number of stores and locations reaching into the double digits: Schroeder’s Organ and Piano, Guitar and Keyboard City, and Music City. Both my parents always had entrepreneurial personalities, so of course my wanting to perform was something different for them. My dad could sell anything to anyone. He never played piano or any instrument, but knew how to sell them. His big joke was always that he didn’t even know where middle C was.. I attempted piano lessons on the large Bösendorfer in the living room, but I didn’t take to it too well. I did however have to play a rousing rendition of New York, New York at my Bar Mitzvah! I clunked halfway through, stopped, and asked if I could start over. I got a standing ovation for that! So I resorted to singing, which I could practice in my car while driving. My dad often asked me “How are the water spots in the windshield coming form the inside? “Um…. I dunno,” was my intelligent response.

High school is also when I really begun standing up for principles — not only for myself but for those around me. That was something ingrained in me since childhood. It’s not always the popular choice, but I have to live with myself first and foremost.

Luckily, I have parents who have always been supportive of my artistic needs and skills. That’s something many didn’t have. Without them, I’d not be able to do what I love today. 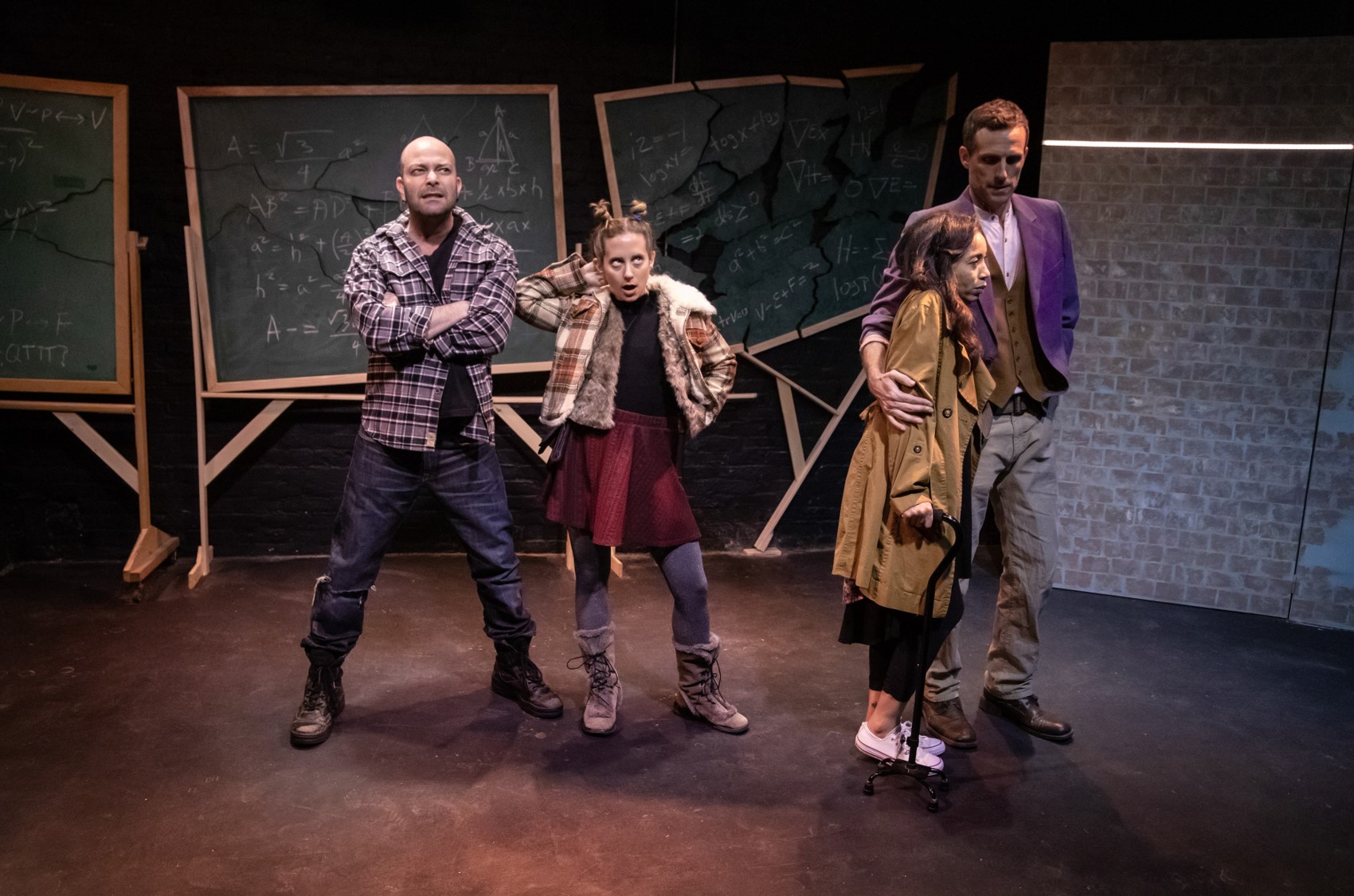 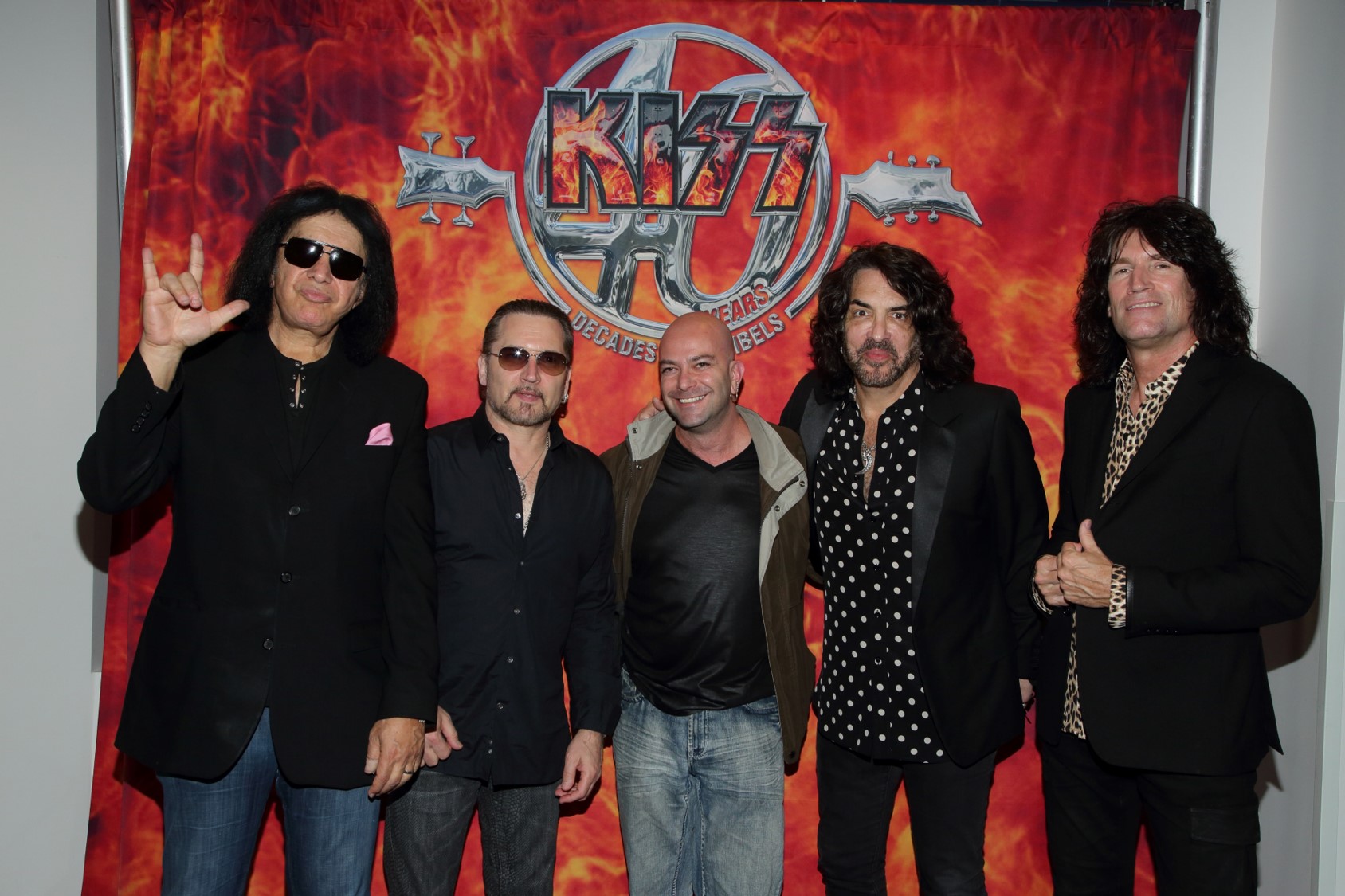 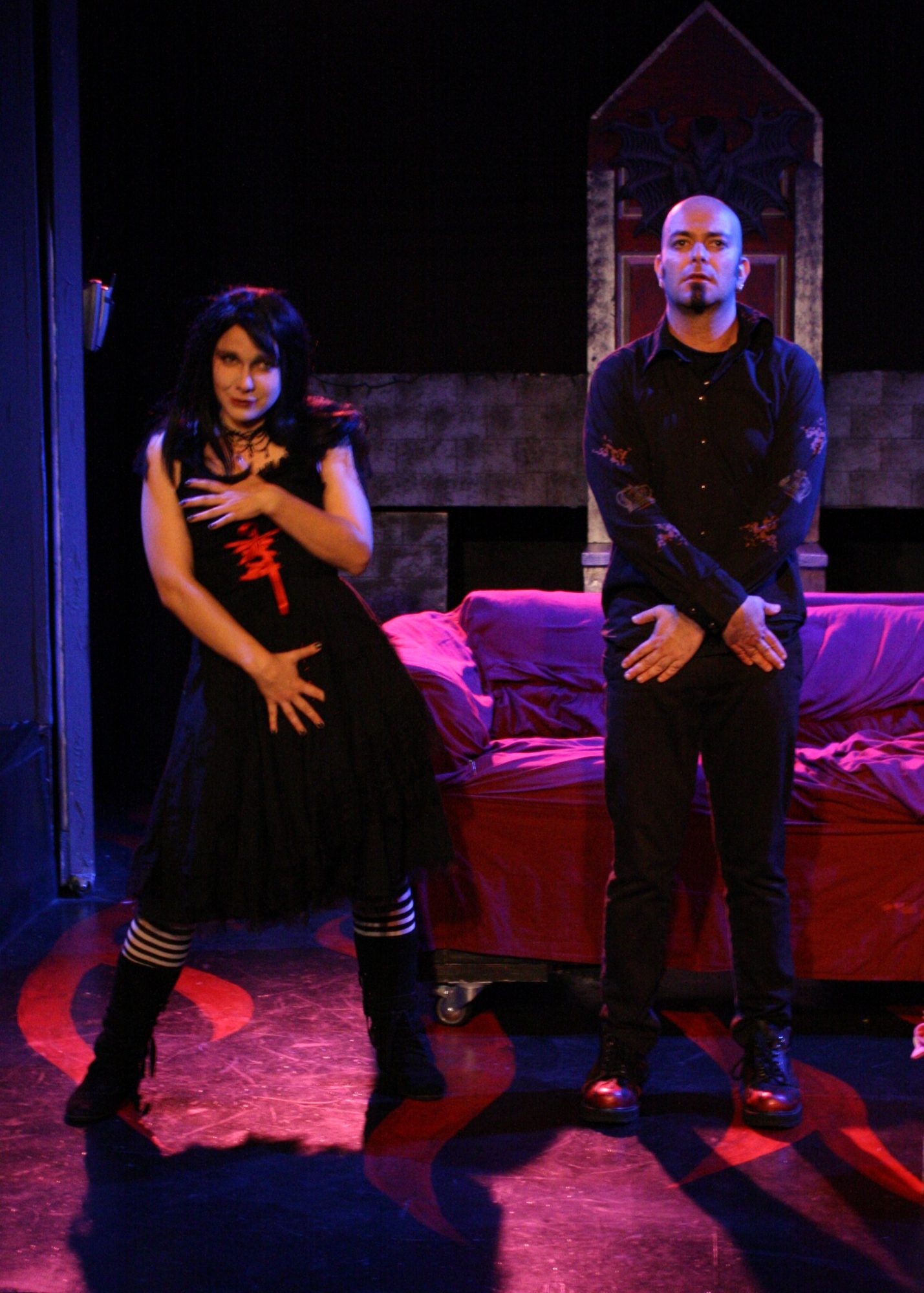 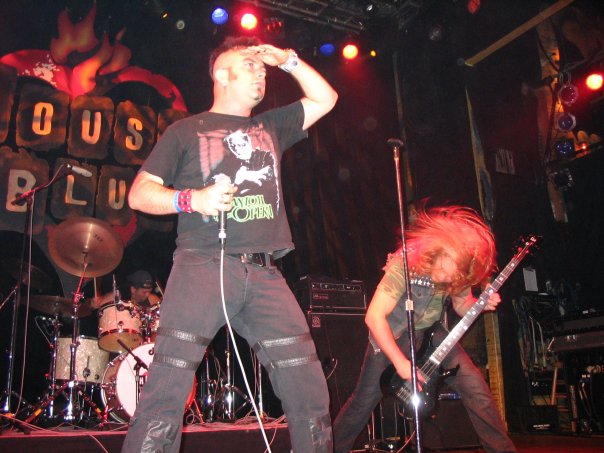 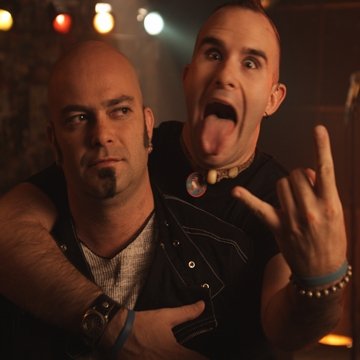 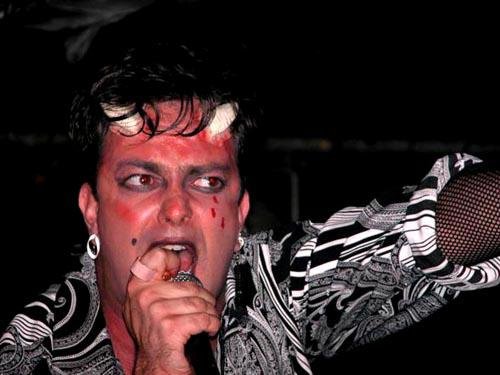 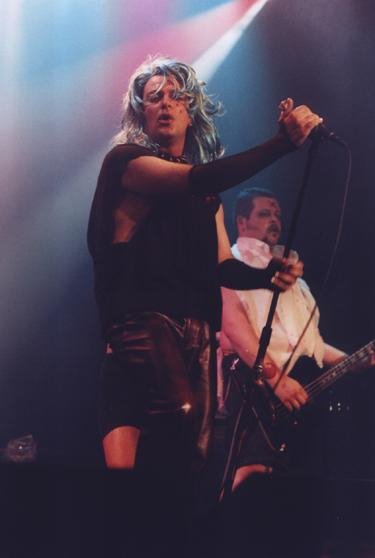 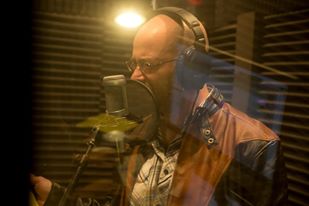 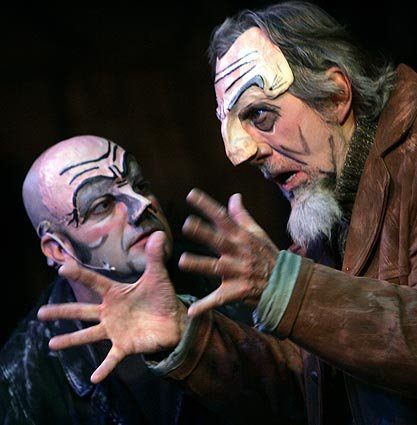 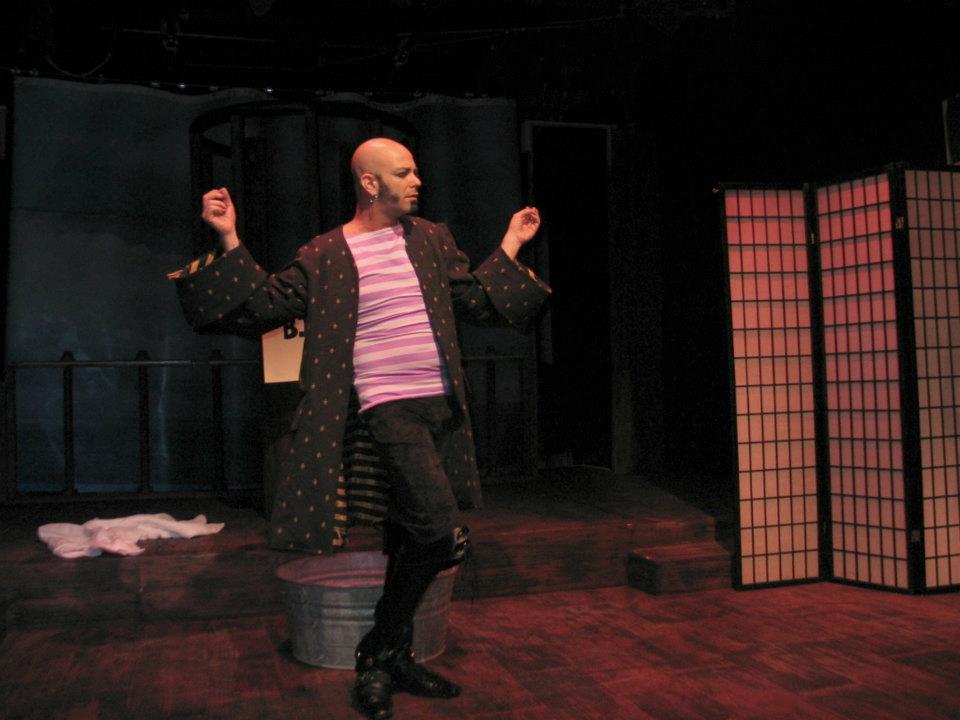 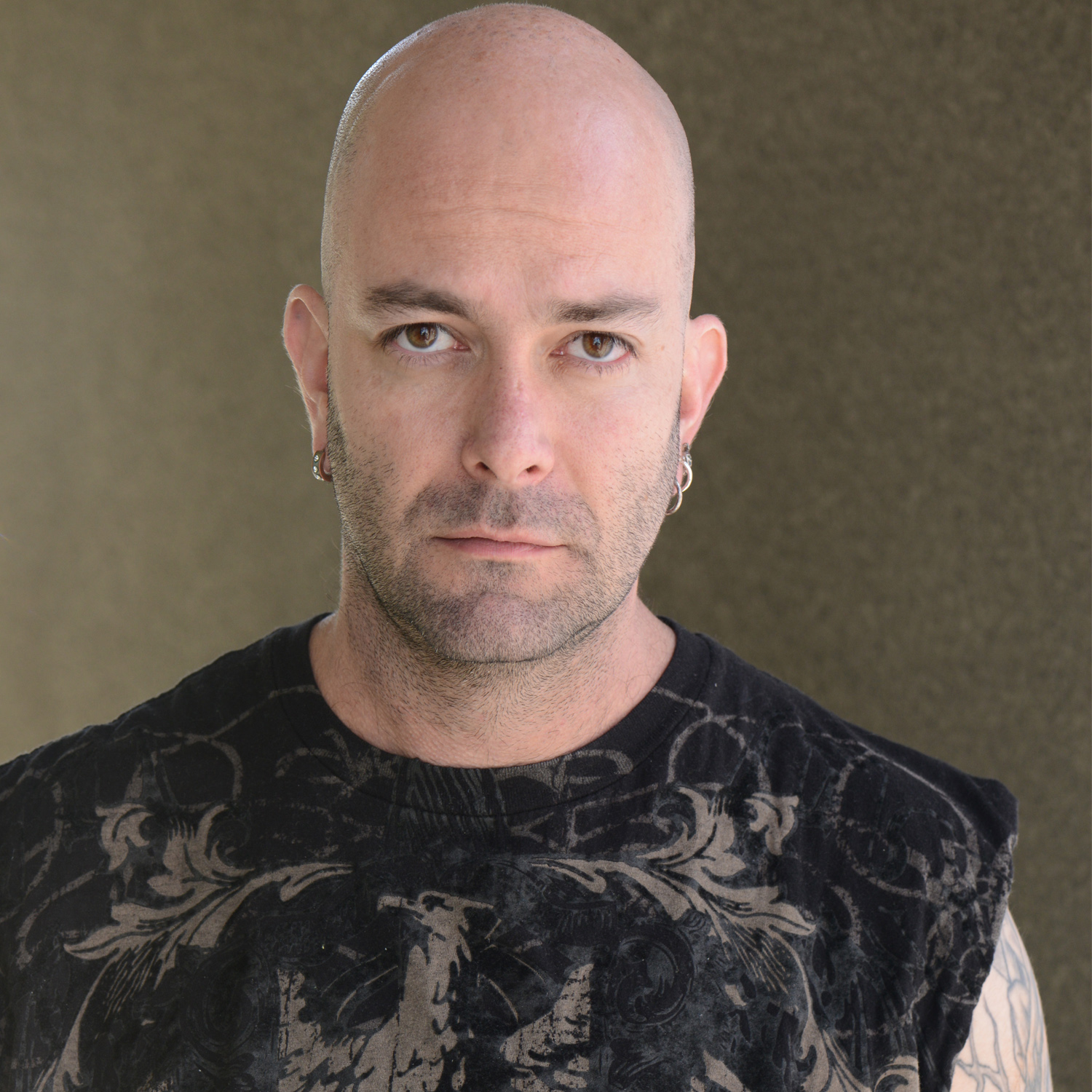 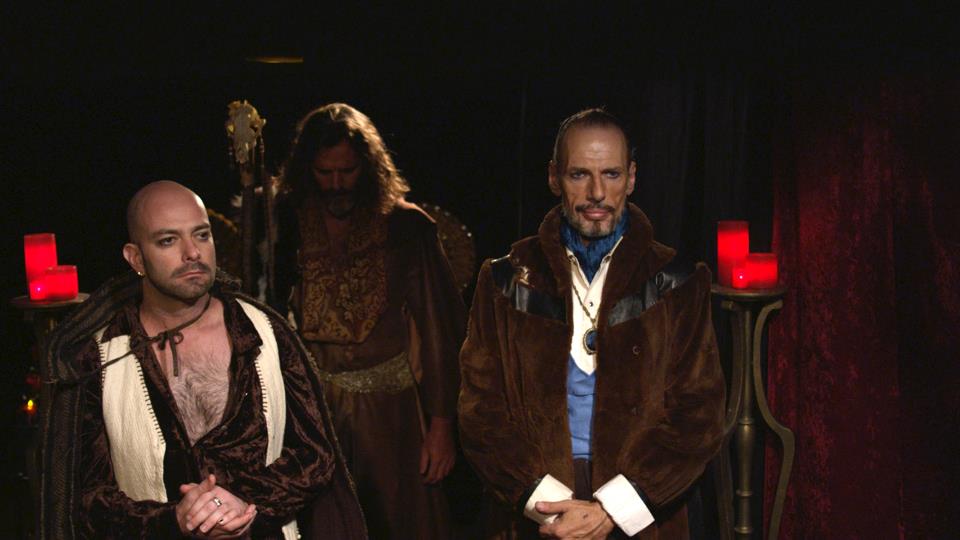