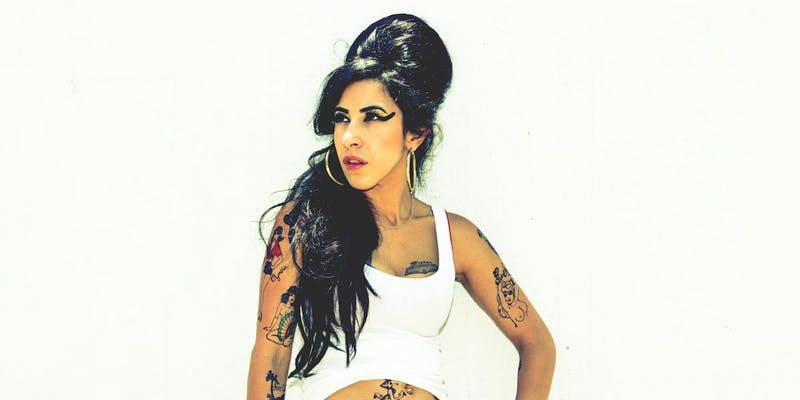 Today we’d like to introduce you to Frankie Jordan.

So, before we jump into specific questions, why don’t you give us some details about you and your story.
IN HINDSIGHT I see now that It all really started back in 2007…I just didn’t realize it. It seemed like everywhere I went, people were reminded of Amy Winehouse when they saw me. I was singing rock/soul not jazz/hip hop, but would get off stage and hear “you remind me of Amy Winehouse”. I even dressed up as her for a celebrity musician themed party because my sister new how to draw some of her tattoos. I sang her song You Know I’m No Good on American Idol Season 8. All this was when Amy was alive. I had no idea what was about to unfold.

After Amy Winehouse’s passing on July 23rd, 2011, the energy and theme of Amy in my life intensified. I’d walk into a store and hear her songs, my phone would start playing her music randomly and complete strangers kept coming up to me in bars, grocery stores or at the mall saying I reminded them of Amy. Now let me make something very clear, I believe her vocals and songwriting skills make me look like an amateur and no one can convince me otherwise, but it finally hit me! I needed to explore why Amy was showing up in my life so loudly. After looking into her life story a bit more I found some interesting similarities….

• Both 5’2 and 100lbs
• Married in 2007
• Virgos born in September (bdays are 12 days apart)
• Had two major record deals
• Her first album was Frank and my stage name was Frankie both after Frank Sinatra
• Amy’s goddaughter is Dionne, my husband’s name is Dion
• Both born with the first name Amy

After spending countless hours studying her life and music I was hooked. I already loved her music, but had no idea just how bad ass she was as a human. One night I had this overwhelming inspiration and feeling to post on Instagram paying tribute to her and her music. I had no intention of going much further. The response was incredible! A few weeks later, the Dear Amy tribute project was born. I went on to develop a full-on live tribute show to Amy and finally stopped ignoring the signs. Since making this decision the response and support from not only Amy Winehouse’s father Mitch Winehouse but the fans and fellow musicians around the world has been overwhelming and humbling.

Today we are the world’s most authentic and successful Amy Winehouse tribute as defined by 34 sold out shows in a row and the highest social media follower count and engagement out of all Winehouse tributes. We are currently touring the country on the casino circuit while gearing up for a 2021 Vegas residency.

I’m so deeply grateful to have the honor of doing this tribute to Amy. She is a legend. She was a light and a gift to the world. She’s given me an outlet to do what I love most which is perform and sing for people.

Although I’m raising children, growing my marriage and working on my own music project, I will continue to share the Dear Amy project with the world. My mission is to continue perfecting the show in order to create the world’s most authentic and powerful Amy Winehouse tribute show. I will continue to share this journey via live shows and social media content. I will never do anything to disrespect or reflect poorly on Amy’s legacy. It’s non negotiable! I’ll treat Amy’s music with the upmost reverence, class and tact.

We’re always bombarded by how great it is to pursue your passion, etc – but we’ve spoken with enough people to know that it’s not always easy. Overall, would you say things have been easy for you?
The first challenge was the financial part. I refused to do anything that I thought would dishonor Amy’s legacy so I constantly turn down things for money if it’s not in alignment with how I think she should be honored. The other thing is I try to be extremely accurate to her live show including the amount of band members she had. This is crazy expensive to have nine world-class Grammy-winning musicians on stage. We took extreme losses in the beginning to make sure this show was done right. The biggest challenges I’ve faced doing this project are the feeling of losing my own musical identity as an artist. I’ve spent half my life in the music industry. My dream since I was a teenager was to be a global music star. I got close in my teens as major label artist on Hollywood Records, had a gold record, toured with groups like Destiny’s Child, etc., but I never got the chance to really breakthrough. I started having a family with my husband and took a break right when my music was taking off. I went through a lot of dark moments trying to find myself as an artist again after having kids and trying to reconnect with my music.

When I finally started hitting my stride again with my own original music the Dear Amy project exploded. I had a choice, pause my own music AGAIN and explore this tribute show path that I can’t seem to get away from or ignore the signs and work on my own music. Both couldn’t exist at the exact time as they require so much energy and time while still maintaining my family life. Being a tribute artist is bittersweet. On one hand you get to do what you love which is sing for people and the artistic platform is already built. The fan base is already built for the most part. If you do it right it’s much easier to make a living in this side of the business eventually. On the other hand you can experience moments of self-doubt and fear that you’ll never be seen as your own artist or that you’re just a copy cat leveraging someone else’s art. Plus, there is no clear pathway to creating a sustainable career with your own music. It’s very subjective and tough to breakthrough. It’s quite a difficult spot to be in mentally at times. However, Amy’s music has changed my life. I wouldn’t trade the experience for anything at this point. Sharing her music has given me a new level of confidence on stage and a deeper connection to music in general. I believe Amy is some kind of an angel. She teaches me new ways to love myself and music all the time. I’m clear this was a calling and I’m going with the flow.

So, as you know, we’re impressed with Dear Amy Band – tell our readers more, for example what you’re most proud of and what sets you apart from others.
Dear Amy is the world’s most authentic and accurate Amy Winehouse live show. We do a 75-minute live, immersive concert simulating the best of Amy Winehouse’s music. We cover all the songs from the Frank and Back To Black albums plus a few surprises we think she would have done had she been with us longer. We are a nine piece band just like Amy’s. I wear the full-on Winehouse wardrobe with tattoos and all. I also speak in the cockney accent during the show. It’s quite a powerful show. Fans of the show tell us it’s a moving experience for them as it reminds them so much of their Amy. You have to experience in person to fully understand the lengths we go to do it right. It’s emotional, fun and done at a world-class level. I’m most proud of the fact that we make the Winehouse fans and family proud. The feedback is unanimous regarding the uncanny accuracy of the show. There is no close second in the market at this time. My mission is to continue to improve and be the gold standard globally.

So, what’s next? Any big plans?
Currently, we are touring the country building awareness and improving the show. We have plans to land in Vegas for a residency in 2021. We are also working on a digital show about the journey called Becoming Amy. We will also do some international travel as global demand has been picking up pretty intensely. I’d love to do some shows in London this year. That would be the real test of the show. It would be an honor to get the blessing of fans from Amy’s hometown. 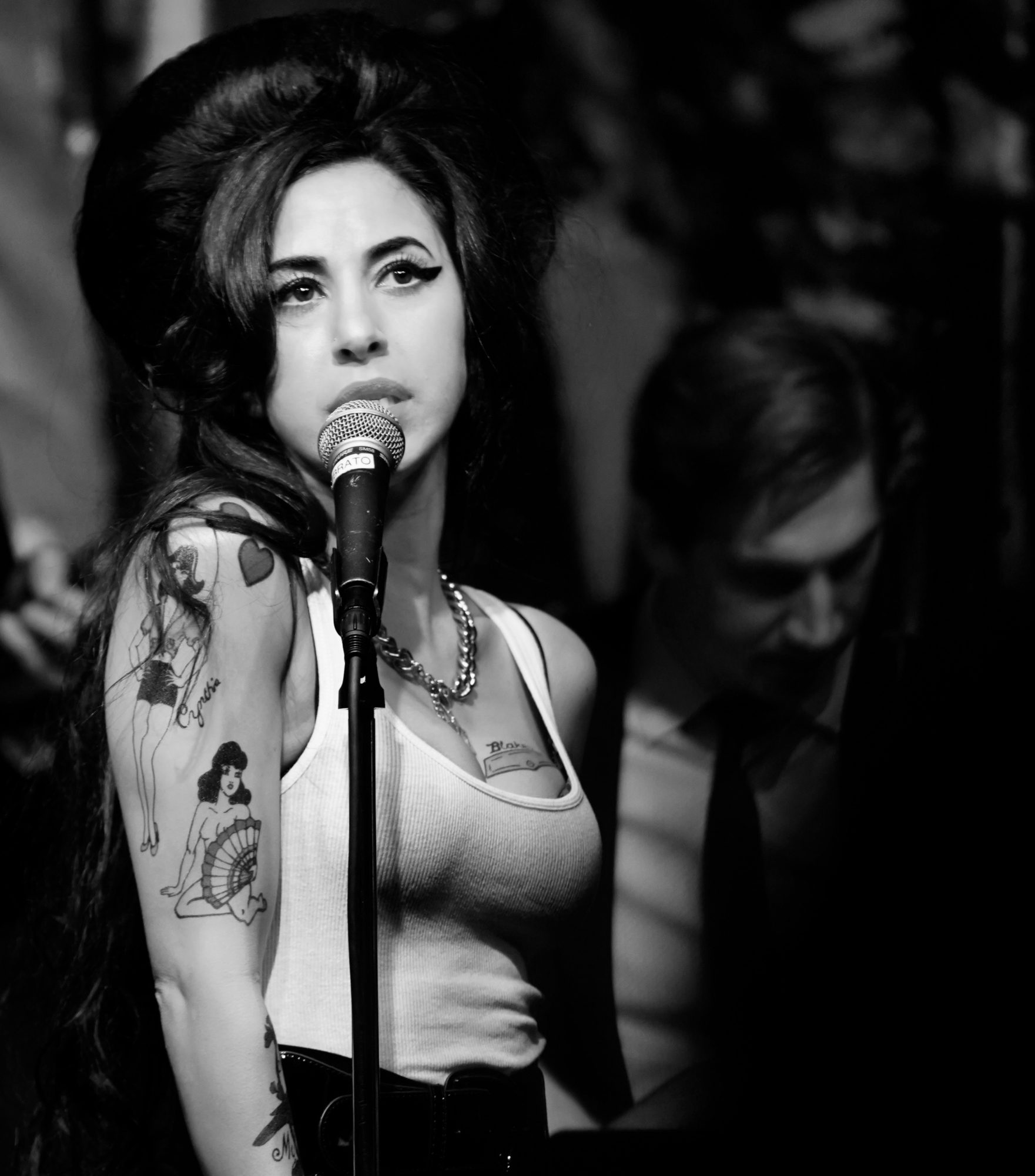 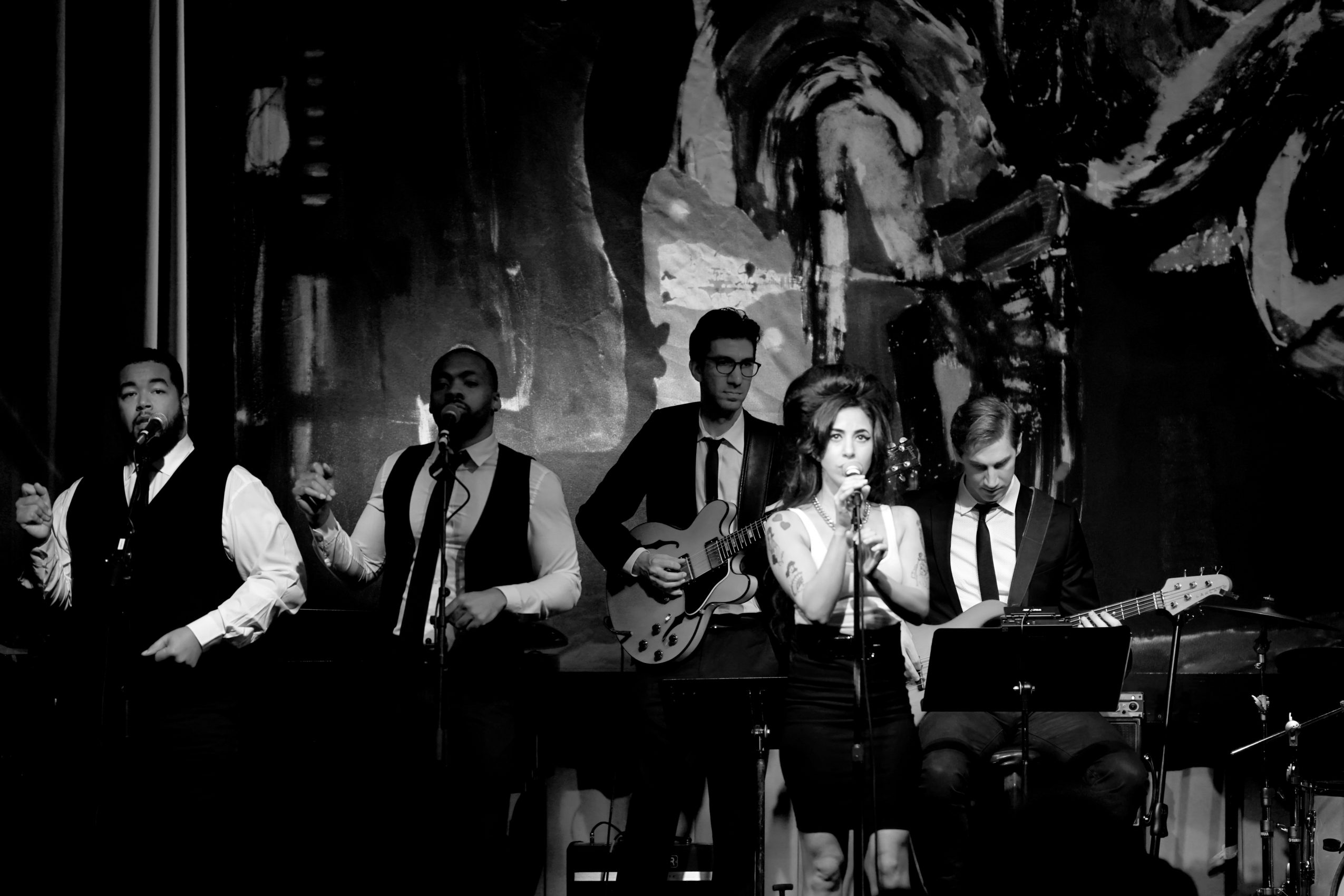 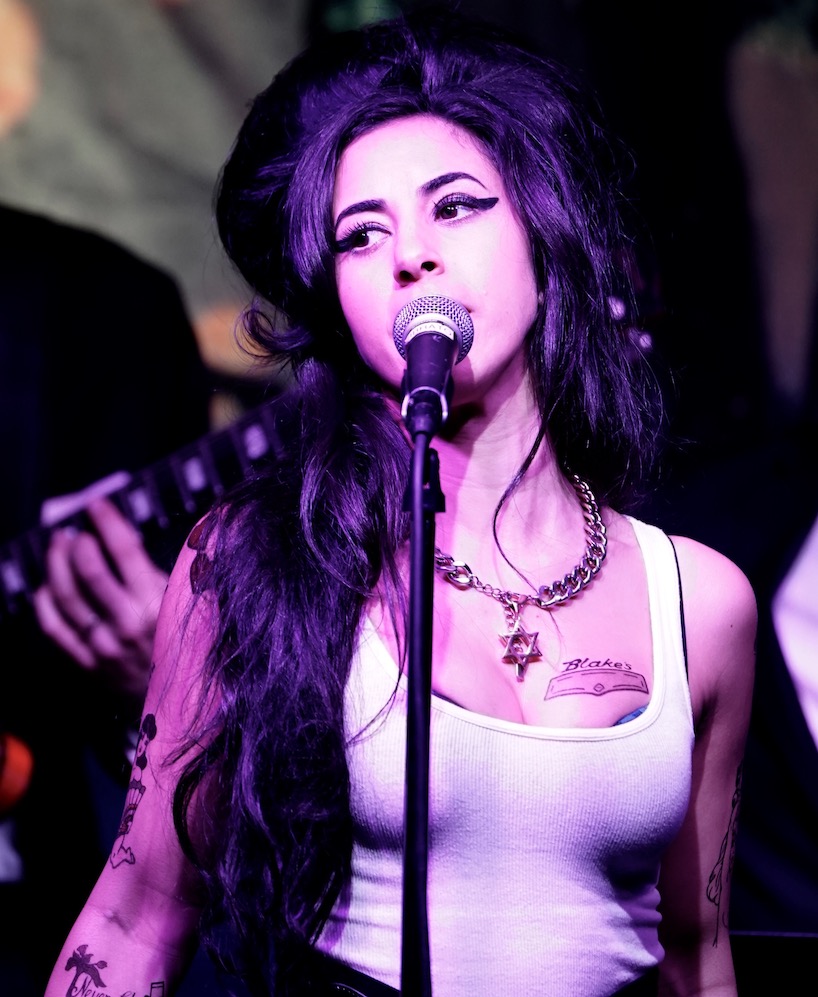 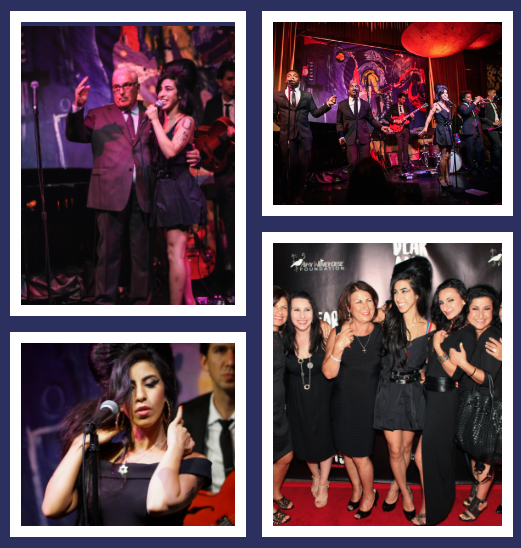