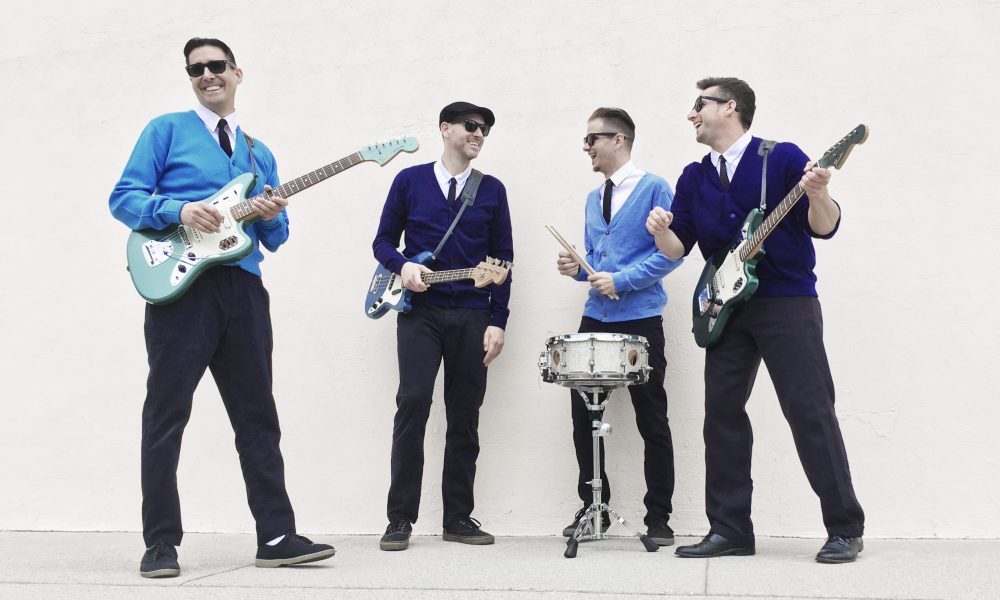 Today we’d like to introduce you to Frankie De La Torre.

Frankie, please share your story with us. How did you get to where you are today?
The Volcanics started in 2001. My old surf band The Futuremen opened up for The Mighty Kegsmen at the old club “The Garage” in Silver Lake (which is now closed down). The Kegsmen was comprised of Norman and Kevin from The Ghastly Ones, and Benny and Arunas from The Markdowns. After the show, Benny approached me and mentioned he had a matching red sparkle drum kit that matched my candy apple red Fender Jaguar guitar and that we should start a new Surf band. The Volcanics were then formed. Mark later joined on rhythm guitar. The band went through various line up changes throughout the years and many of the old members still contribute to the songwriting process. The current line up consists of Mark Yzaguirre on rhythm guitar, Ben Marazzi of the band Rezurex on drums, Jarrod Keith on bass, and myself on lead guitar. Jarrod and I go way back. Jarrod and I played in a Surf band together back in 1993. He has recorded and toured with The Volcanics for sometime now so it’s great having him in the band permanently. I met Ben Marazzi at a Psychobilly show The Volcanics played. We’ve kept in touch over the years so once we needed the drummer position filled, Ben was the first person I contacted. Jarrod and Ben are amazing players that really keep Mark and I on our toes. It is pretty special to be playing with both of them to say the least.

Great, so let’s dig a little deeper into the story – has it been an easy path overall and if not, what were the challenges you’ve had to overcome?
For the most part, it has been pretty smooth. Recently we’ve been spending more time out on the road. Don’t get me wrong, touring is fun, but at the same time the road can be tough and tiring, especially since we are a “do it yourself” band. It’s a lot of long drives and fast food. We wouldn’t change it for the world, though. If people like us enough to invite us out to play, we are humbled and honored to do so. We love to stay busy.

Please tell us about The Volcanics.
The Volcanics is a Surf band. We play early 1960’s style instrumental Surf music with a few Rock n’ Roll vocals in between. Our songs range from upbeat double picking to melodic ballads. We wear blue cardigan sweaters and ties with matching instruments and dangerous stage moves. We’ve put out four full-length albums on Double Crown Records. Our latest album, Forgotten Cove, is a co-release with Hi-Tide Recordings. We’ve been consistently active since 2001 and besides playing local So. Cal venues, we’ve been fortunate enough to travel to Europe, all over the States, and Mexico. We’ve played a lot of festivals including the Surfer Joe Surf Music Festival in Italy, the Asbury Park Surf Music Festival in New Jersey, the Viva Las Vegas Rockabilly Weekender in Las Vegas, and the Surfeno Festival in Mexico City.

Do you look back particularly fondly on any memories from childhood?
Growing up in the San Gabriel Village (a suburban outskirt not far from downtown L.A.) was a blast. The street I grew up on was packed with kids my age. Mark (our rhythm guitarist) was one of them. We actually had the same Kindergarten class together. One day we rode our bikes to the park that was around the corner and happened to find a “dirty magazine”. One of our friends picked it up and he started flipping through the pages when all of a sudden he started “convulsing”. We all thought he was “reacting” to the magazine but once he started screaming in pain and took off his shirt, we saw a huge bumblebee fly from out of his shirt. He was being stung the whole time! We also used to love climbing trees and house roofs for some reason. One time we were on our buddy’s roof and I fell through. I remember luckily landing on a couch and being grounded forever. I have to say I had a pretty fun childhood with so many fond memories that it is difficult to name one. 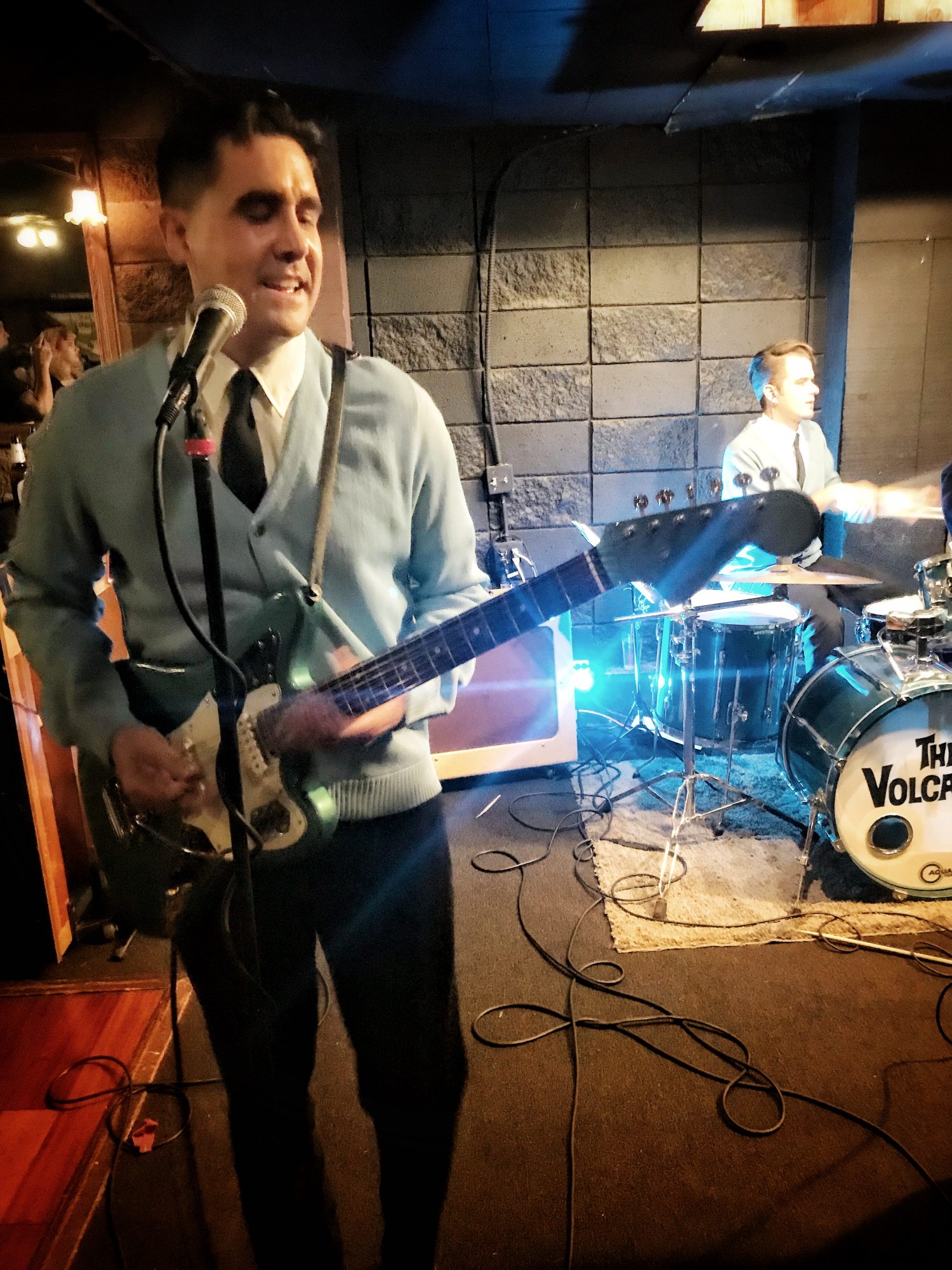 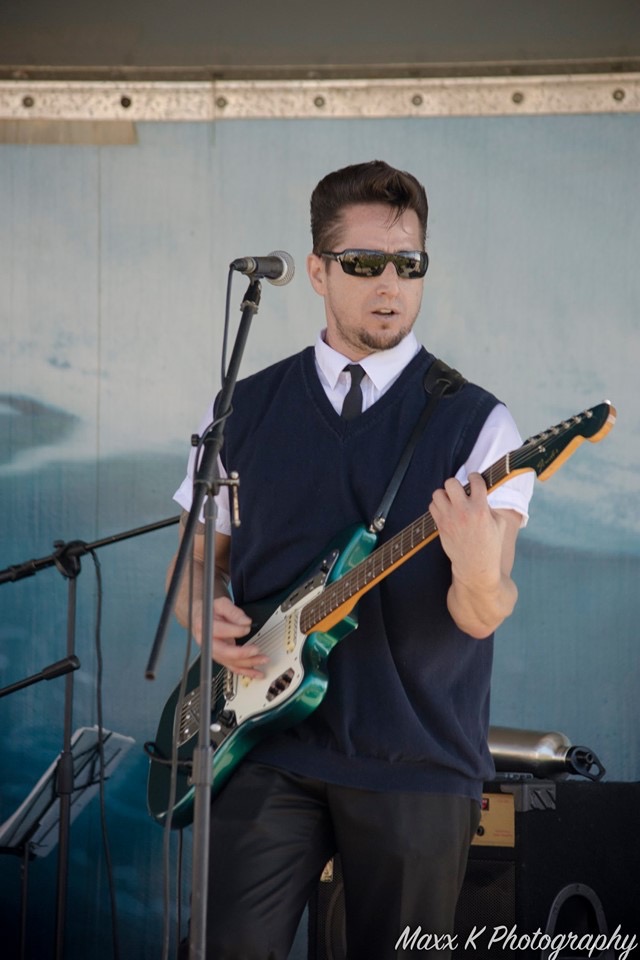 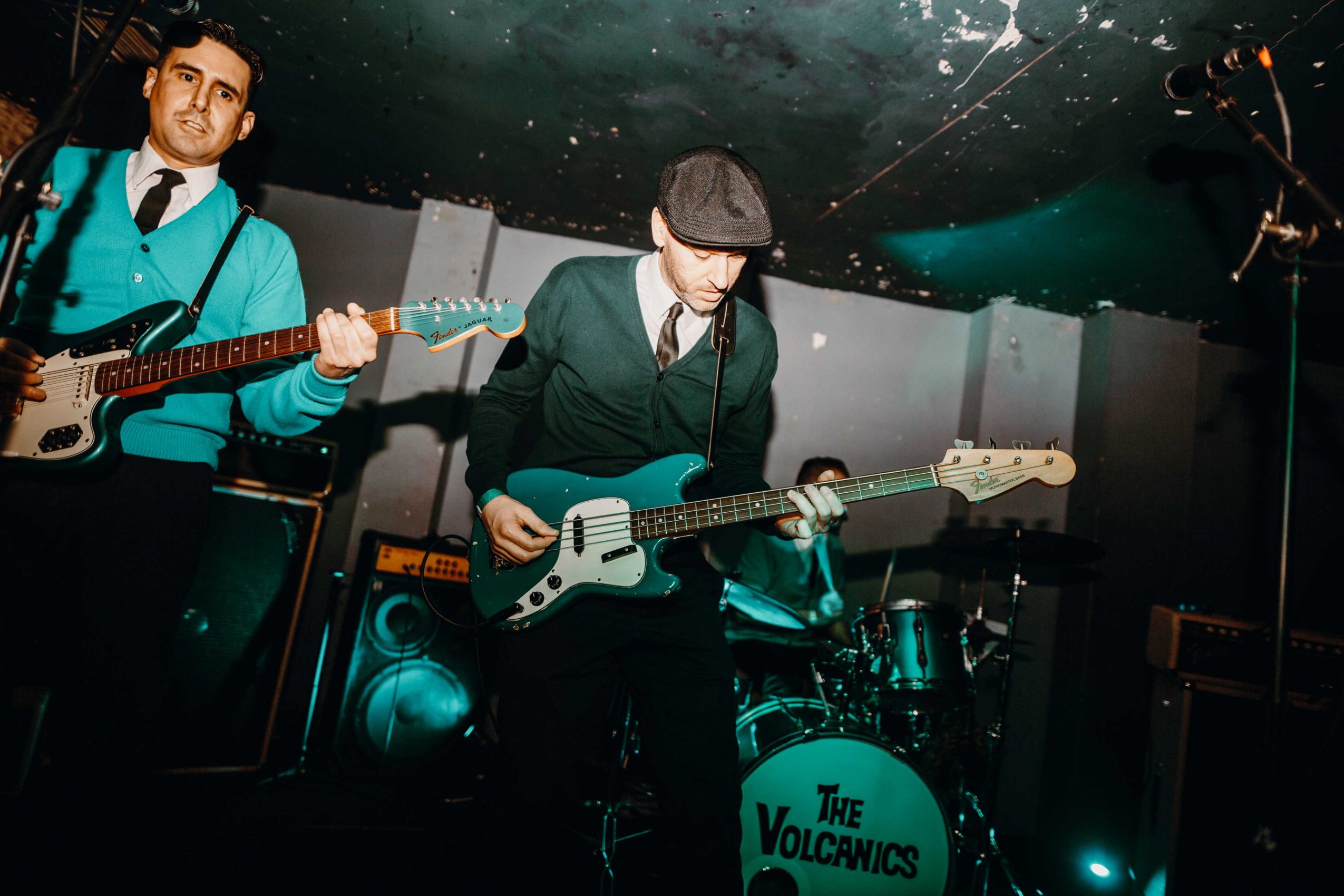 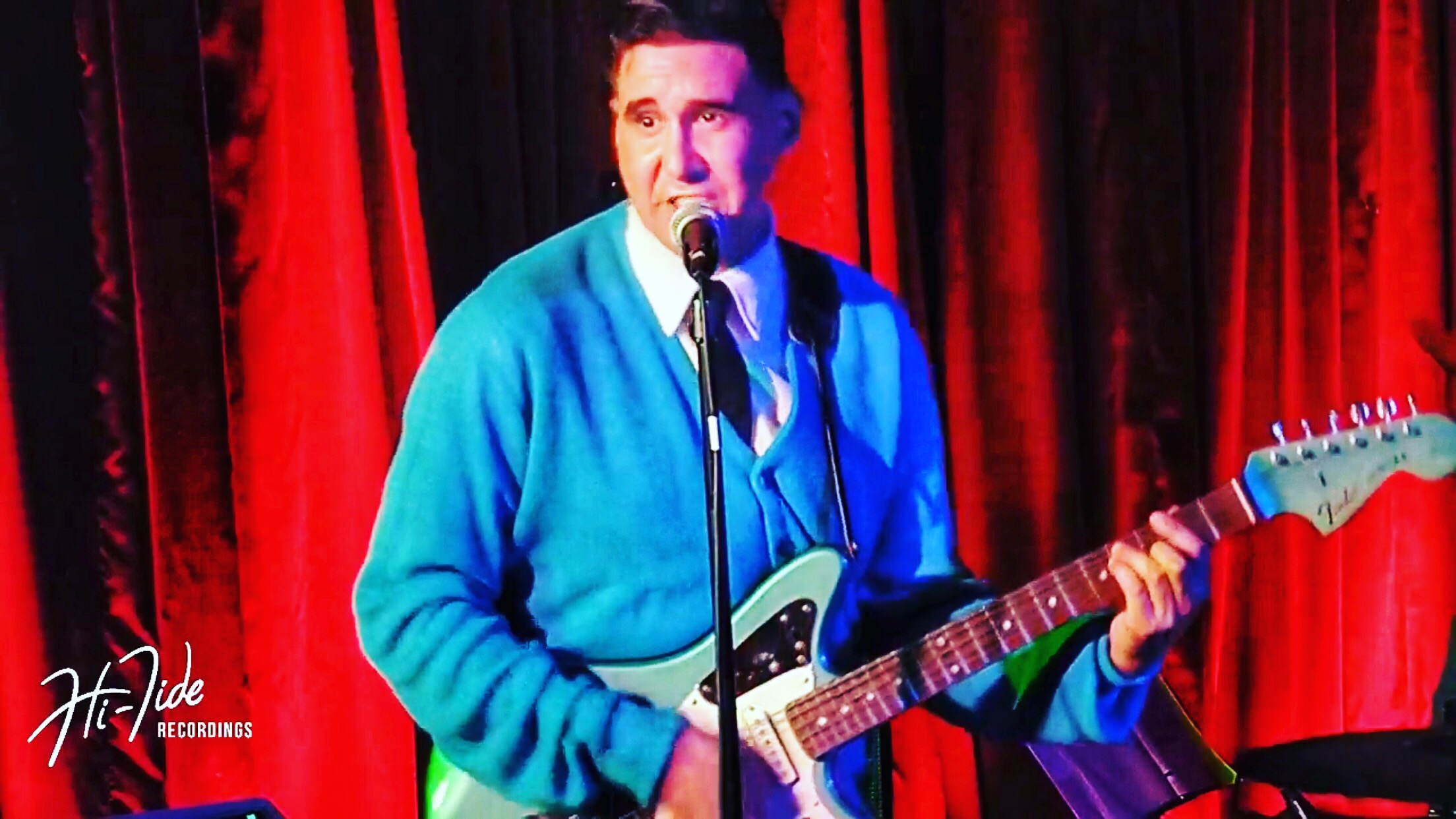 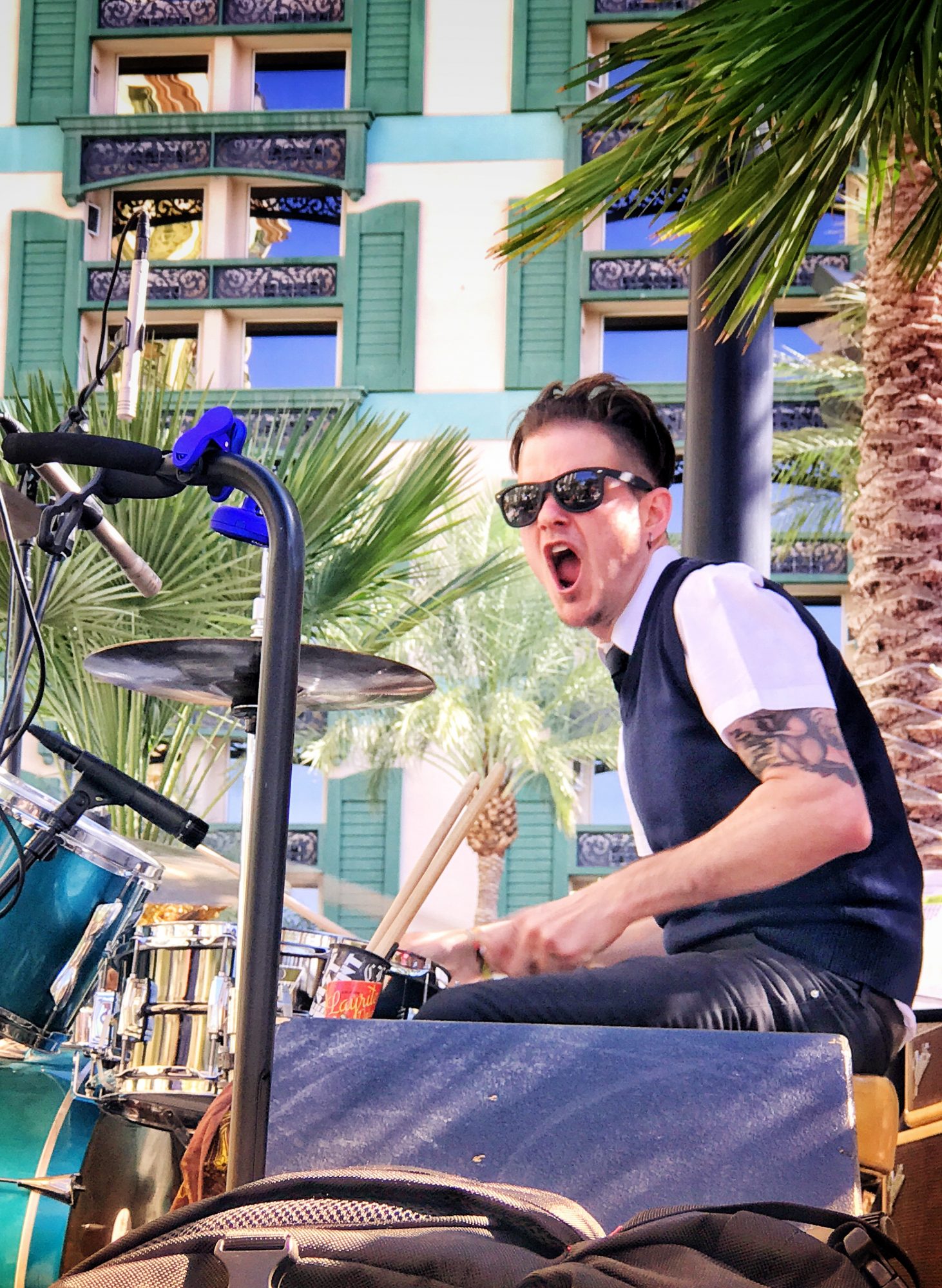