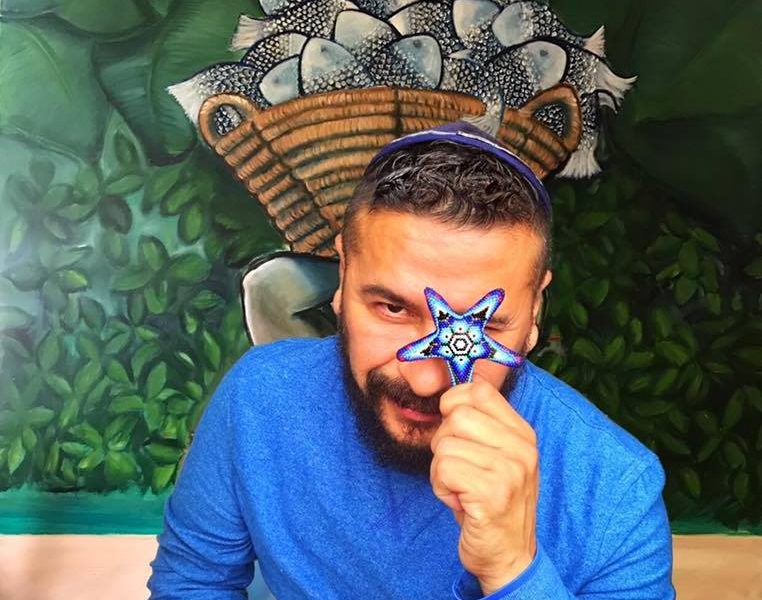 Today we’d like to introduce you to Franco Americano.

Franco is a self-taught Jewish artist born in the Rocky Mountains of Colorado. As soon as University graduation day arrived, he left California and set sails for Europe. Barcelona Spain would be the influence this young artist needed. One year later, his style would be defined and recognizable today as a “Franco Americano” painting. Barcelona would be his first gallery showing.

Returning to the USA, Colorado was a pit stop and his second showing would sell out. A year later, San Francisco was home once again. Although his young marriage to his then wife wouldn’t continue his passion for painting would. Franco was seeking inspiration, and his love for cities continued. He left the bay area a year later for Chicago where he would spend one year studying architecture as a hobby. He continued his unique painting style focusing on figurative works in oils. Several successful shows in Chi-town and his nomadic spirit would then lead him to New York City.

Thirteen years in NYC, Franco would have several solo shows and open studios. He says that he spent more time in Paris & London than he did in NYC. Escaping from New York wasn’t as easy as the other cities. Finally in 2013, Franco would move to Paris France with his beloved k-9 companion. He considered this time in his life to be educational. He spent his days sketching, reading and studying the arts. One of his successes was to have seen the Louvre in the year he lived in Paris.

A return to the USA once again, Franco was inspired and created a new city series on canvas in New York for the next year. He planned on settling in a refurbished barn in New Paltz, NY. However an auspicious invite to Los Angeles would romanticize his spirit and he immediately made plans to move to the green hills of West Hollywood.

Franco said he knew that Los Angeles would be an amazing place to grow his art. Five years in Southern California, life has been good to the artist. His California lifestyle would allow him to create the largest body of work in his entire career. Social media would play a large part of his success. Many accomplished private sales and a body of work reminiscent of his Barcelona days would be sold.

Franco is a member of the Jewish Artist Initiative in Los Angeles. He was chosen to represent JAI in the international show “Jerusalem Biennale”. His works on paper and canvas will be exhibited with many other Jewish artists in Jerusalem, Israel 10/2019.

Franco currently lives in the West Hollywood area and works full time as a creative.

We’re always bombarded by how great it is to pursue your passion, etc – but we’ve spoken with enough people to know that it’s not always easy. Overall, would you say things have been easy for you?
I have been painting for 32 years. The past two years I ran my painting career as a small business. This was the model I needed all along. Learning how the art world really works has helped me understand how to navigate my business to success. The commitment to succeed takes great focus and passion. I have starved many times for the sake of art. I insisted on making money from my art versus a side job. I wasn’t always successful at this method, but my intentions were good. Once I learned that my work is a luxury brand and I implemented basic business structure into model, sales increased.

In my stubbornness to only make money from art I would find myself without money for food and rent. I learned how to economize and do without so that the art business had a chance to succeed. The labor and time it takes running a small creative operation can be demanding. Socially I would withdrawal in order to spend my time painting or building the brand. It takes great responsibility and sacrifice to make one’s dreams come true.

We’d love to hear more about your work and what you are currently focused on. What else should we know?
I branded my artist name as “FRANCOAMERICANO”. I had my reasons on how I came to this name. My business name I pay taxes under is Americano Arts. A playoff of the artist’s nickname. My name is Francesco Apodaca. People are happy to greet me as the nickname, my real name gets lost in too many letters and vowels. I find humor in this.

I am known for my portraits and figurative works in oils. I have a distinctive style and look that sets me apart and defines me as my own. I am commissioned to paint a clients portrait in the style known as an Americano.

I am proud to be and American Jewish painter. I was once asked if I painted as a Jew. My answer was simple, of course.

Besides my artwork I am the artist who has lived. I have life scars and blessings to portray in my work. My personality and spirit is often what attracts people to my body of work.

So, what’s next? Any big plans?
I have an international show in Jerusalem Israel and an exhibition at USC/Hillel in the fall. I plan on participating and representing my self as a Southern California Jewish artist in the art scene. Both socially, professionally, and politically.

I would like to take a year abroad and study once again. Los Angeles is now my home base and I am growing roots and setting up camp as they say. I love Southern California, it truly is one of the greatest places I’ve lived. Inspirational! 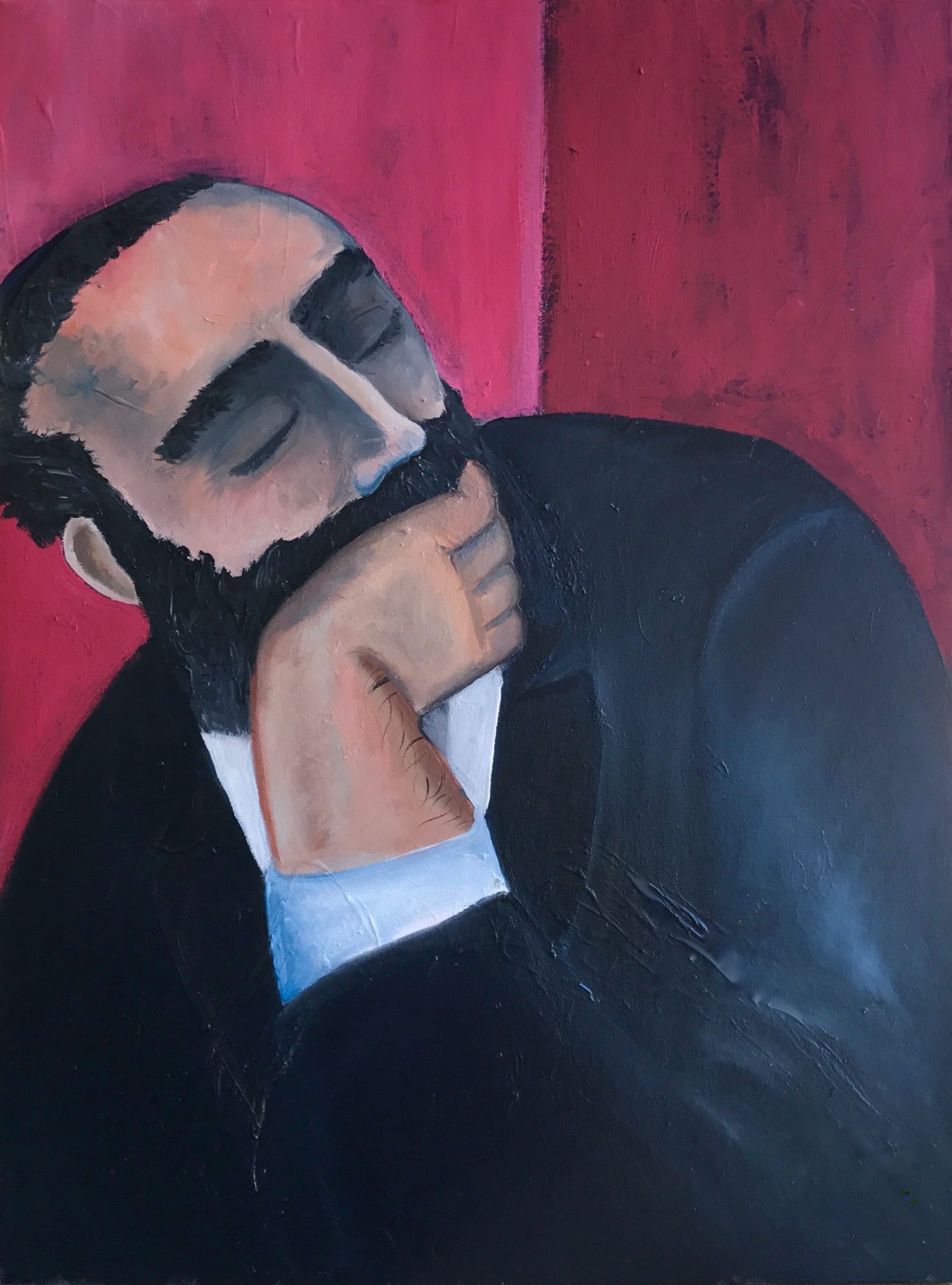 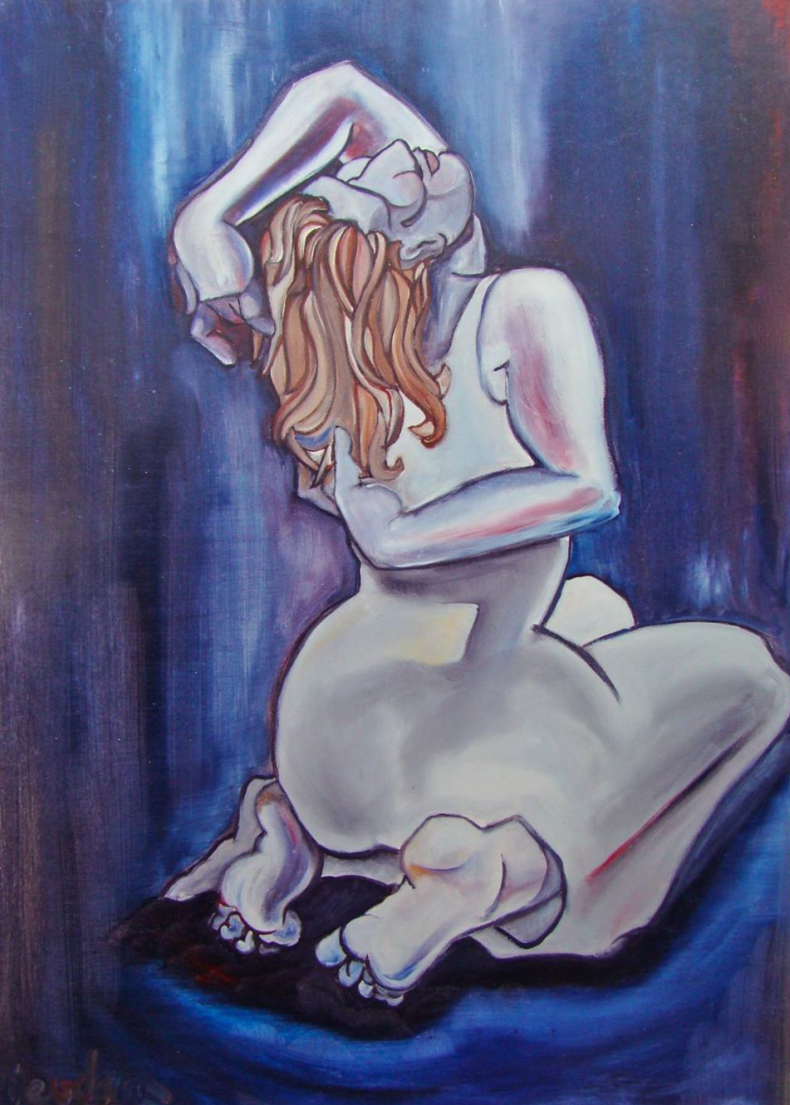 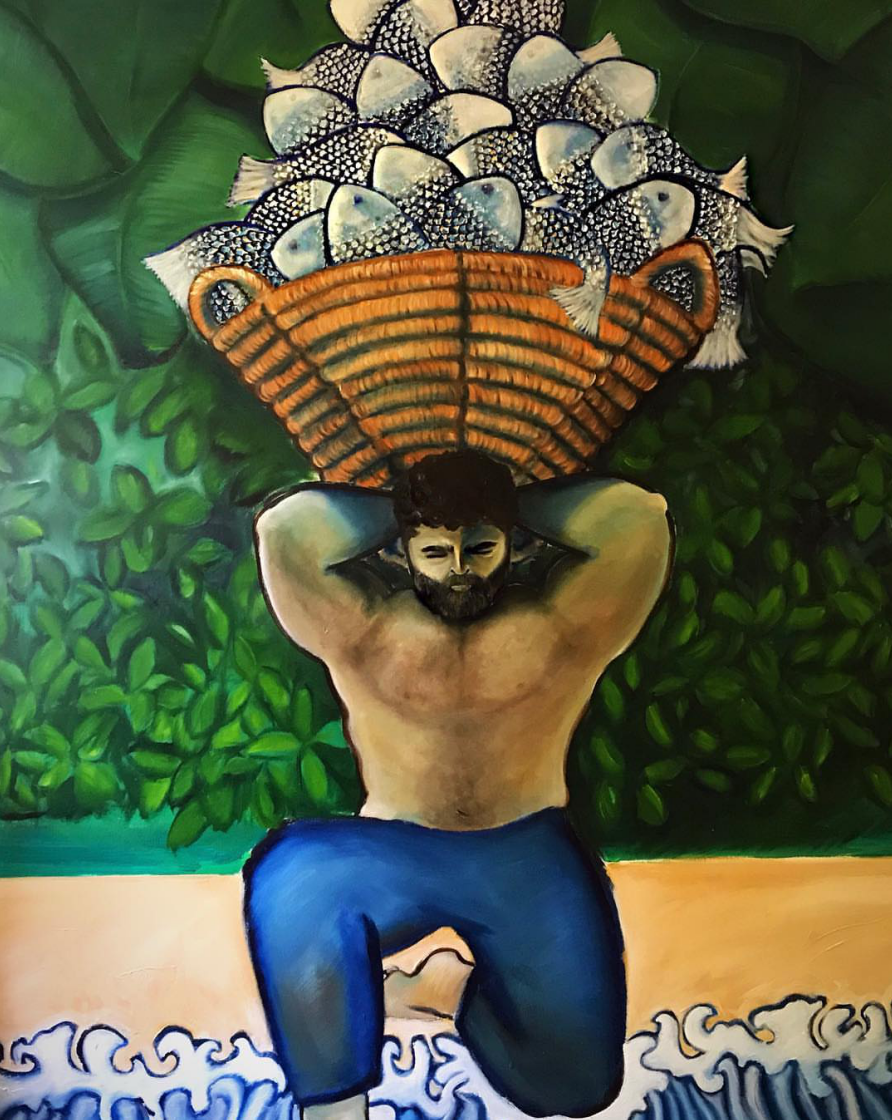 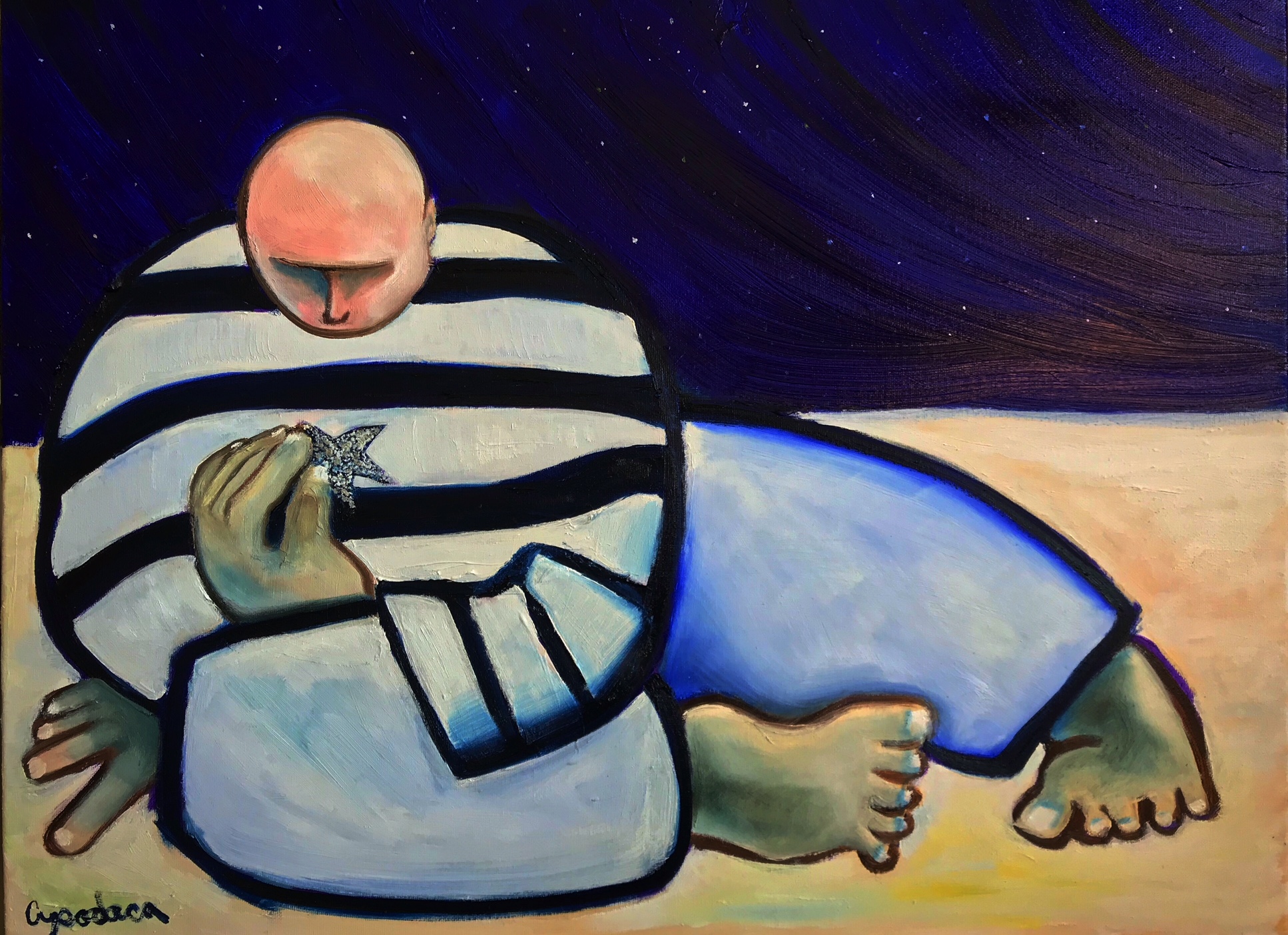 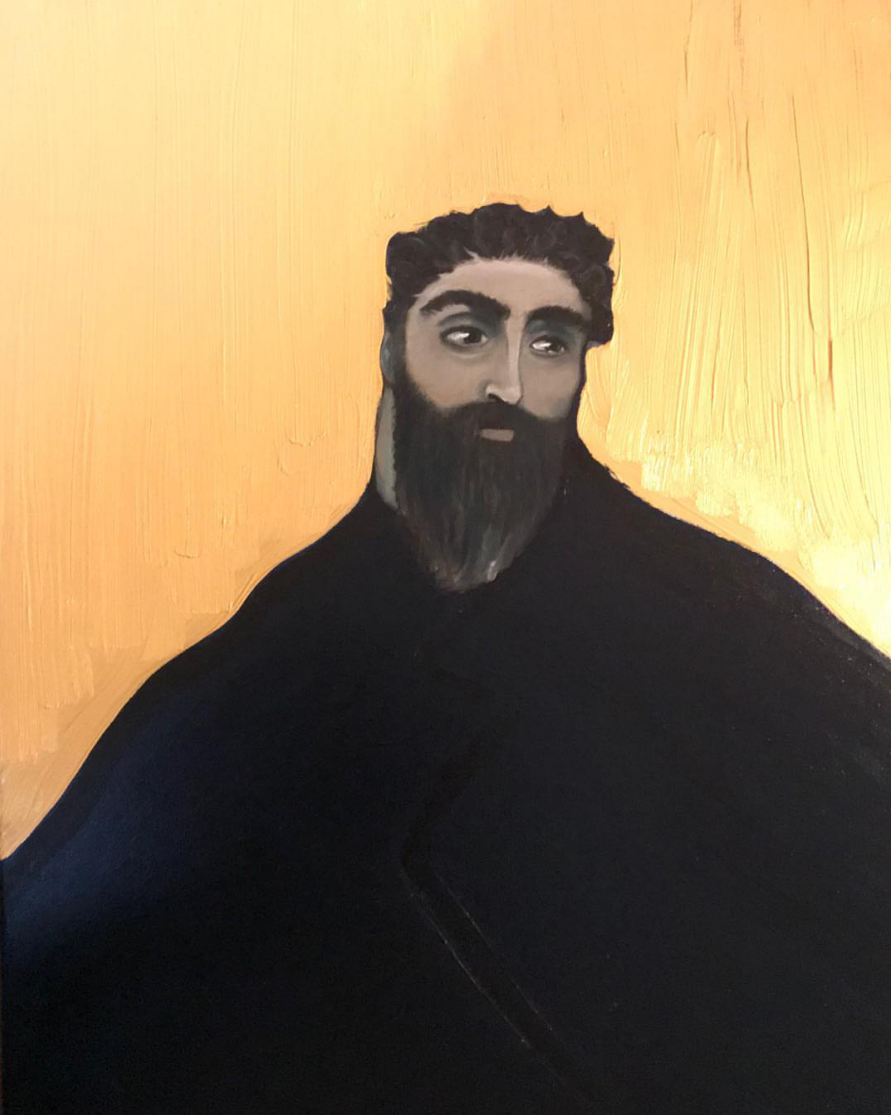 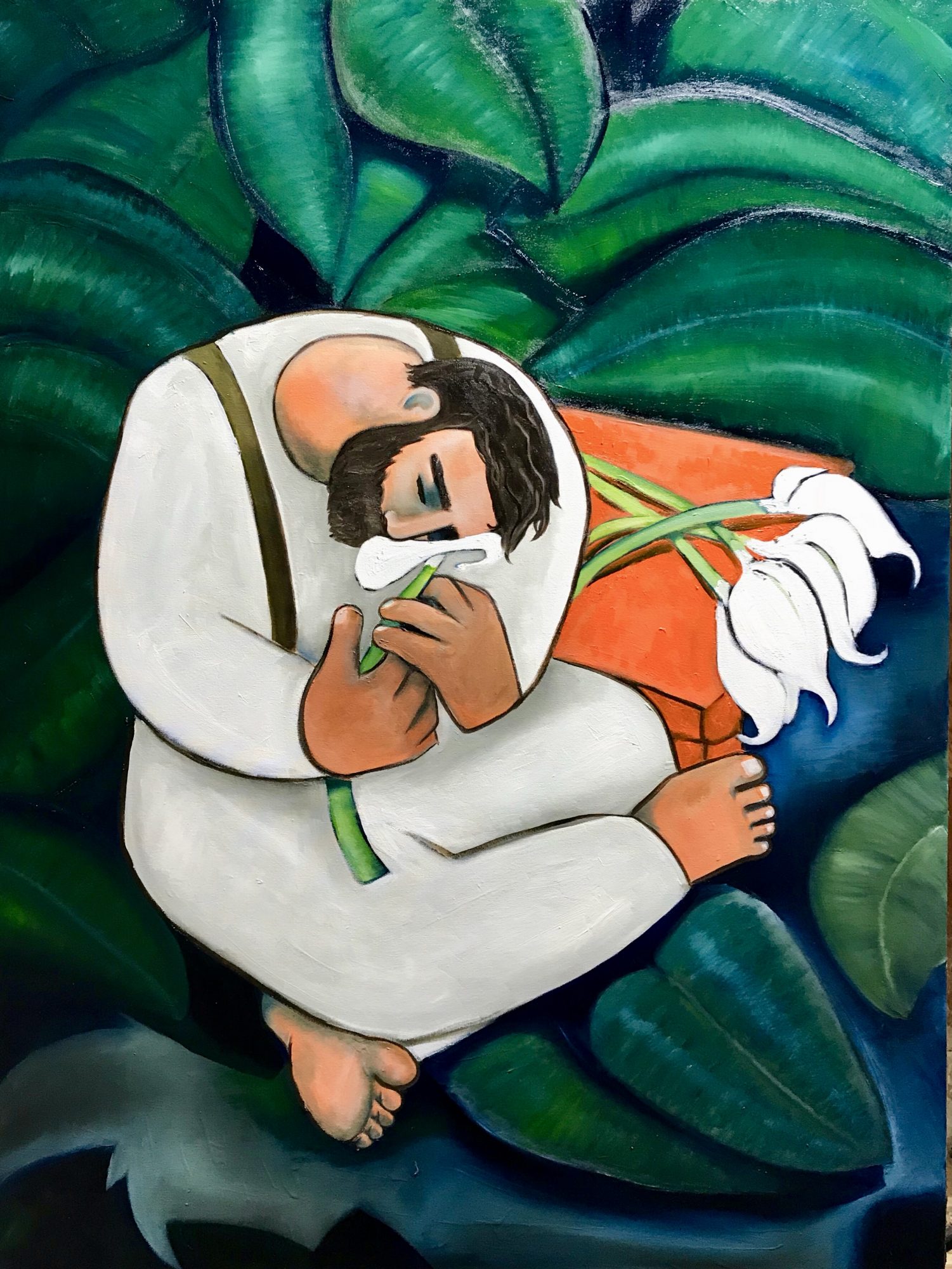 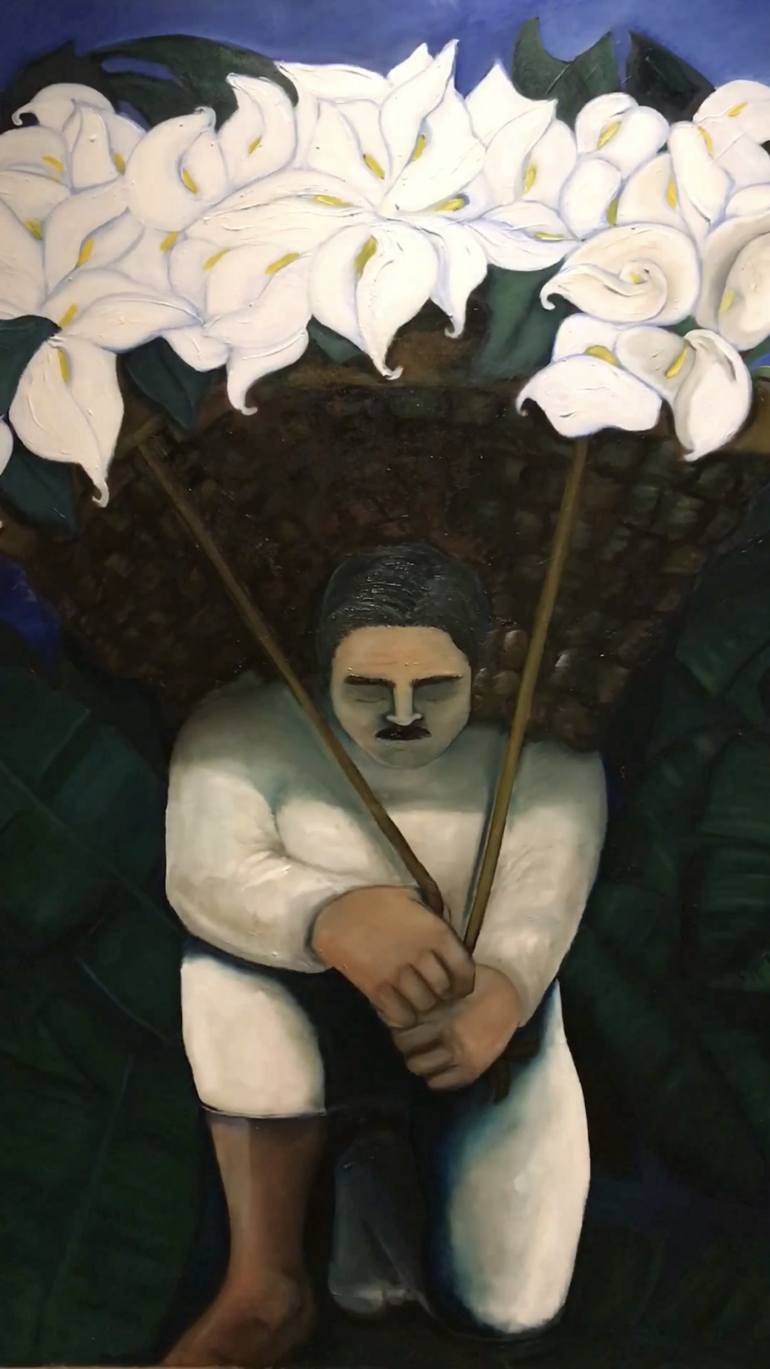 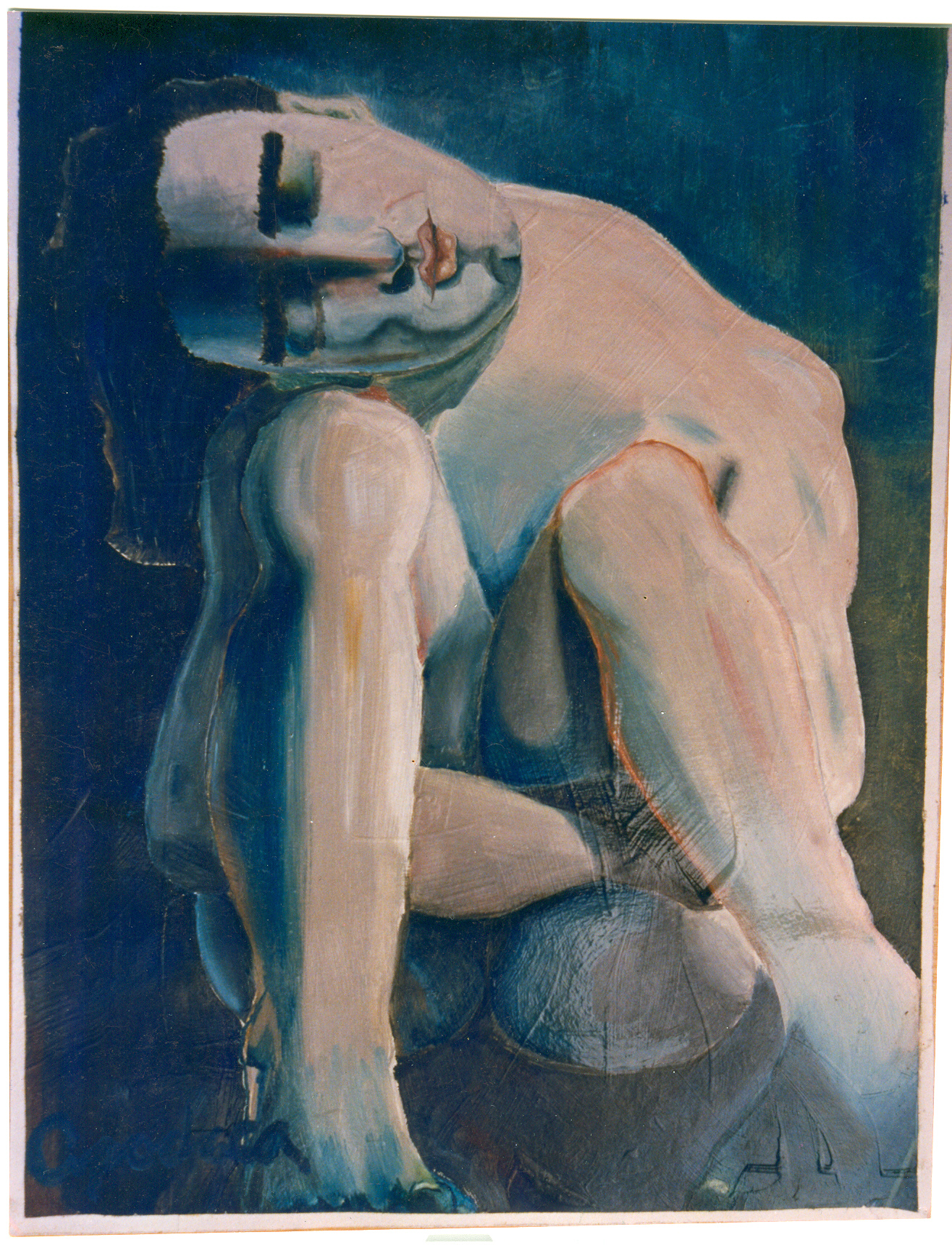