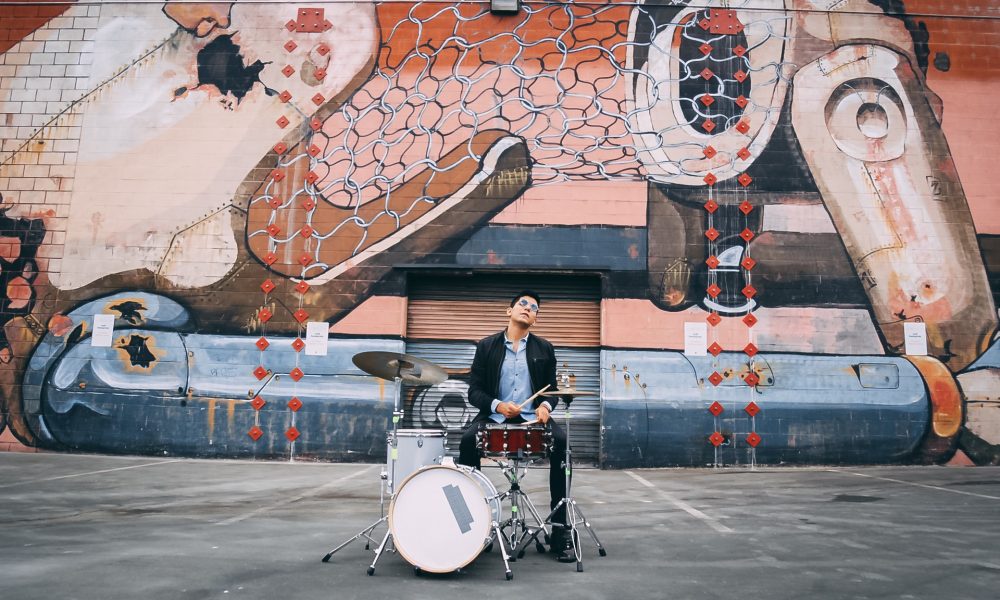 Today we’d like to introduce you to Francisco Aranda.

Thanks for sharing your story with us, Francisco. So, let’s start at the beginning and we can move on from there.
I was born and raised in the city of San Luis Potosí, Mexico on October 10th, 1994. I started playing drums later in my life when I was 14 years old. As a kid I was full into martial arts, so this helped me to be more fluent on the instrument since the moment I grabbed the drumsticks, I guess because of the coordination aspect of the art. I used to listen to a lot of music though. Punk rock was the reason why I started playing the drums, pretty much because of Blink-182 and Green Day. Travis Barker is the first drummer I ever looked up to.

So I just started playing, and could never stop. Since the beginning I was sitting for hours on the kit without noticing, figuring out all of my favorite albums of punk rock, all of my favorite bands. That language was so into me, I just wanted to get out and play so I formed a few bands with friends, and we were playing at friend parties in houses and stuff, we were 15.

So one day we had the opportunity to open a show for this punk rock band called “Dejame Soñar”. They already had an album out with a label, where touring around Mexico, and had an upcoming tour as a double bill with this big Mexican punk band from Tijuana called “Delux”. They saw me playing, they liked it. We kept in touch, and it turned out that their drummer wasn’t going to make it for the tour, and they wanted to try me out.

So that was it, I went on my first tour around Mexico when I was 16 playing punk rock. Just traveling, doing what I love, having fun, just two years after I started playing. Nothing could ever stop me. We kept playing shows all around, and then I realized that making music, touring, and playing shows was what I wanted to do for the rest of my life.

Eventually, I parted ways with the band and later went on hiatus. Obviously, I kept playing with different projects in Mexico, got involved with new genres, but now the concept for me was different because I started managing myself as a drummer, instead of trying being in one band I was playing with many as a hired gun. I was doing recording sessions too and I loved it. A little after I started playing for “Dellag Duffers”. Touring just simply never left my life.

Then one day in 2016 I was recommended by my mentor José for the audition with “Soma Music Group” to play for the “San Luis Potosí Symphony Orchestra” on their co-production “80’s Sinfónico”, which had an upcoming tour around Mexico. I got the gig, and that was the moment when I felt that my career moved to another step. We played a lot, and now having to carry a whole orchestra on my hands was amazing, so challenging and satisfying at the same time.

While I was working with this production, I kept touring with “Dellag Duffers”, and in 2017 we began touring overseas, playing at festivals such as MAPAS in the Canary Islands, Café Berlin in Madrid, Hard Rock in Andorra.

They were the artists invited by the Mexican Embassy in Madrid to play at the Independence festivities, which led to more shows in Europe, such as in the cities of Valencia, Cuenca, Andorra, Barcelona.

I kept working with Salvador Velarde, engineer, guitar player and CEO of Soma Music Group in many recording sessions for different projects and artists.

In the meantime, while all this was happening I kept going my musical formation in school, and with my mentors, and drum teachers, like Antonio Sanchez and Adrian Cota, two amazing Mexican drummers who inspired heavily to follow my dreams and come to the USA.

The idea of eventually moving to Los Angeles was always on my head, but I had to find my way, and these guys really helped me getting it all together.

In 2018 California College Of Music offered me the highest scholarship for international students and in October 2018 moved to Los Angeles to pursue my career.

Since I arrived to Los Angeles I’ve been blessed enough to tour with Beatriz Solis all the way up the west coast of the USA. I am also playing drums and running the show for Adal Loreto, Juan Carlos Fiori, among others.

We’re always bombarded by how great it is to pursue your passion, etc – but we’ve spoken with enough people to know that it’s not always easy. Overall, would you say things have been easy for you?
There have been many, but definitely, the hardest has been moving from Mexico to LA, besides the legal process which is hard to everyone, but just the fact of moving to a new enormous city compared to my hometown has been the hardest part.

Realizing what you have lost or compromised from your life back home to live here is hard. Adapting to everything new, new system, new surroundings, was hard. And also getting to be known among people in order to have more calls to gigs or being recommended, like finding your spot and your people is tough in the beginning.

I’ve found out that patience is one of the biggest obstacles. When you are new to a city you expect everything to happen fast because you come with all the rush from leaving home, but it is not like that, you have to give it time.

Please tell us more about your work, what you are currently focused on and most proud of.
I’m a drummer but primarily a musician and I really focus on being a professional businessman and having everything straight with the artist I work with, and I also guarantee playing for the purpose of the music of the artist I’m playing for.

I really pay attention on providing what they need in terms of groove, sound and musicianship. I like thinking that I’m versatile and can adapt to any genre, but I like carrying some particularities on my sound throughout the styles.

Since I started taking music serious in my life, I focused on providing whatever music asks me to.

What were you like growing up?
I feel that this is an amazing city, it was always my dream to come here. You get to experience in one week what you would not in any other part of the world, but everything has its price.

This is not a city for everybody that is for sure, you have to have some kind of gut to keep up with the intensity of Los Angeles, every day is a demanding adventure, and more when you are a freelance musician or artist making your way through the scene to survive and stay. 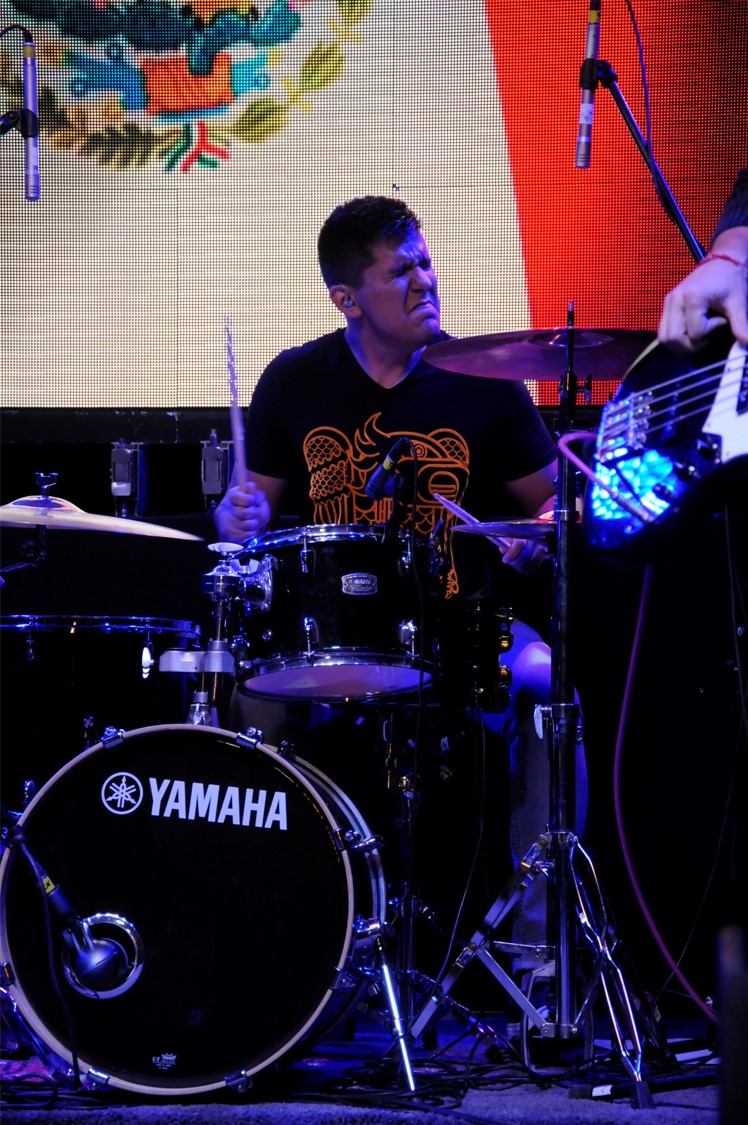 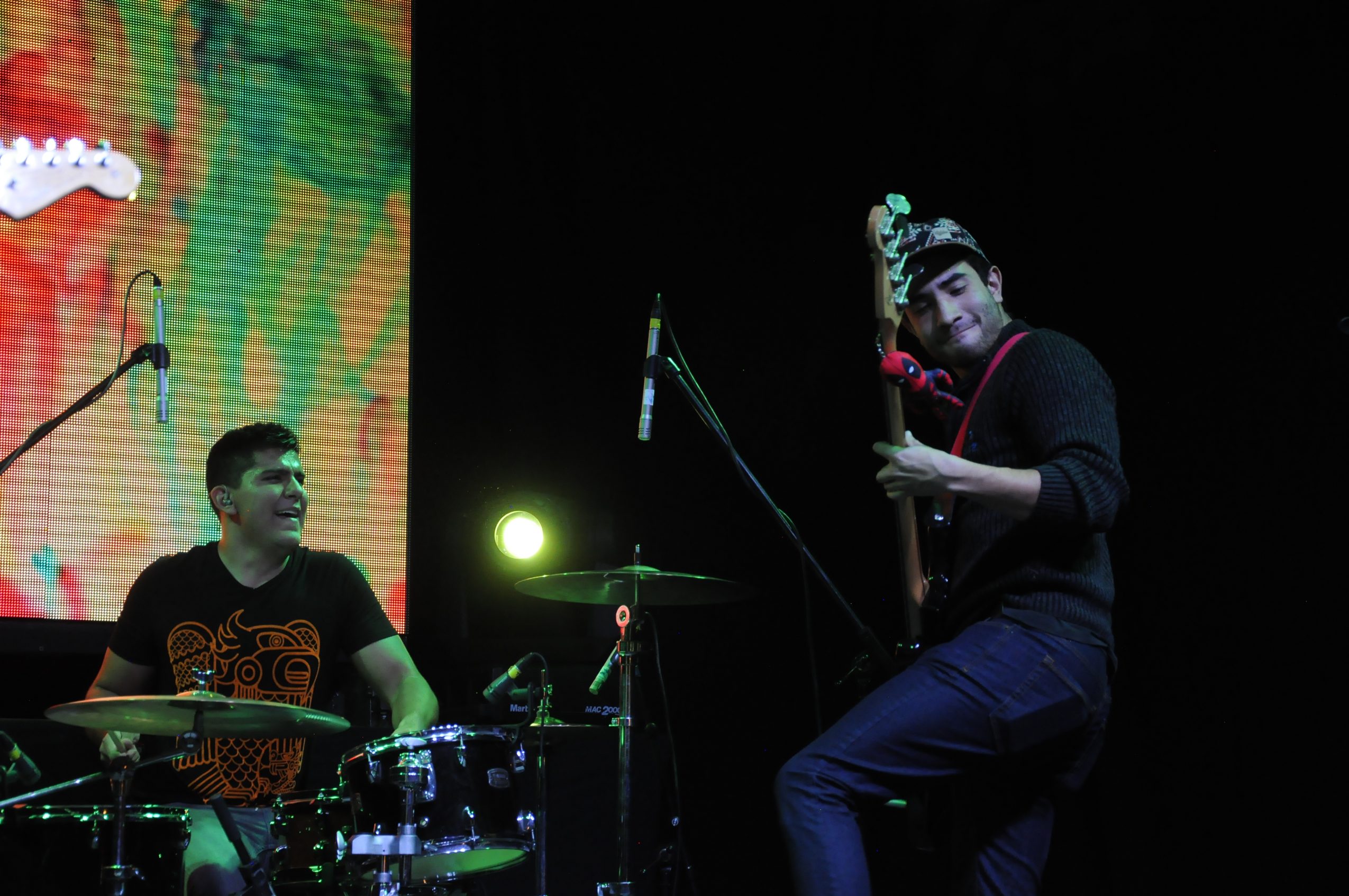 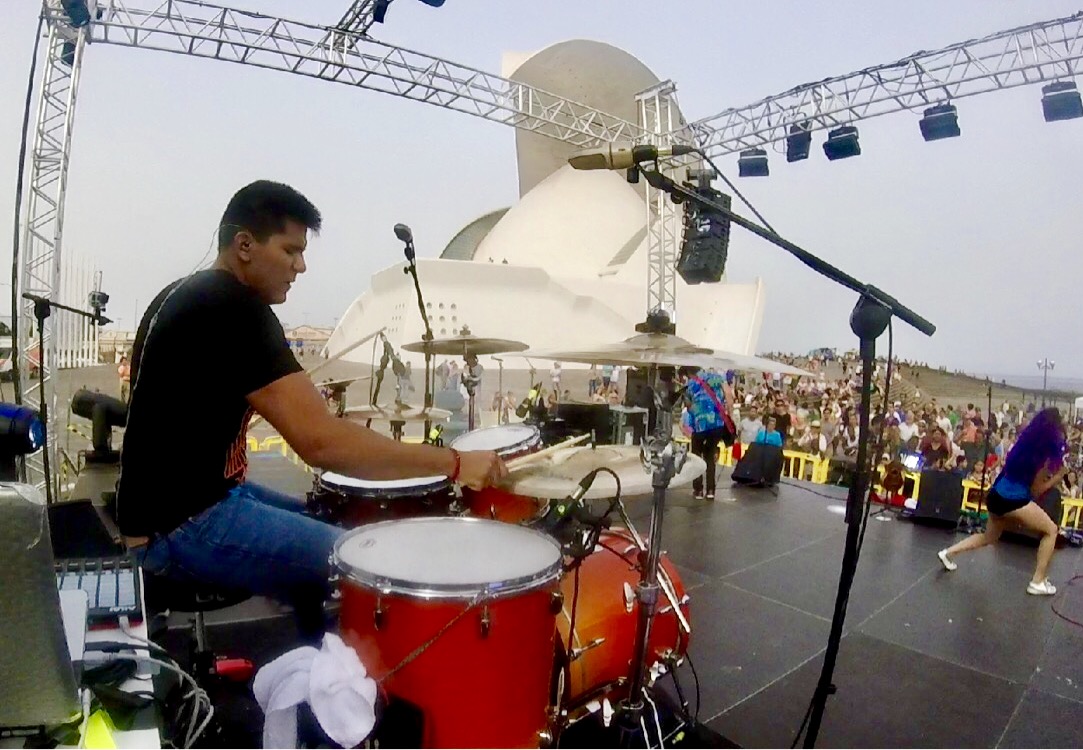 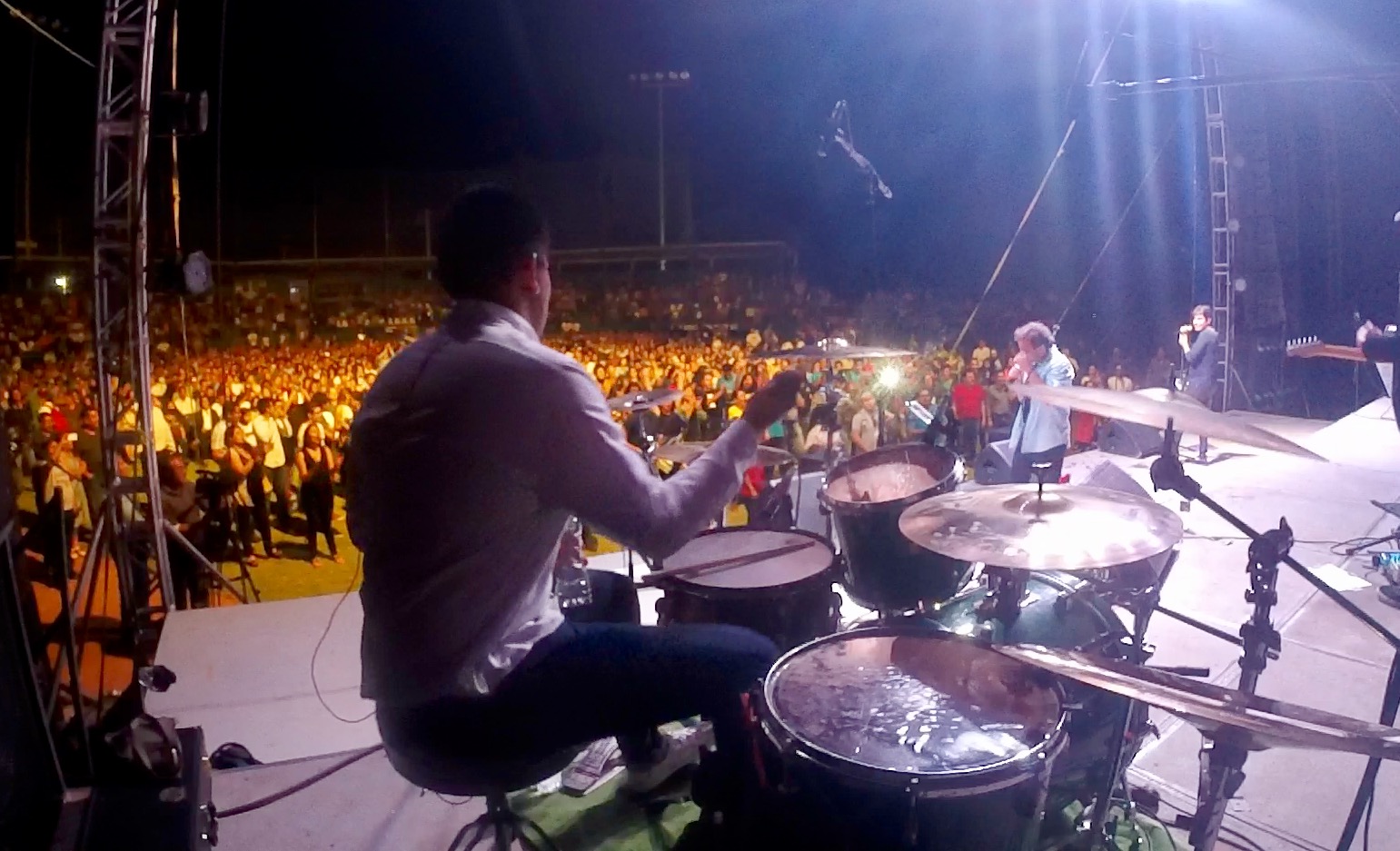 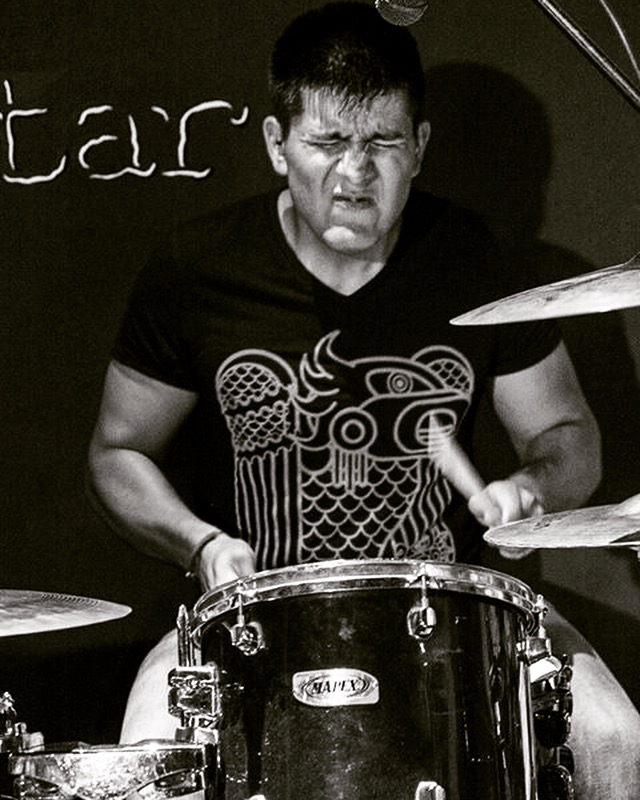 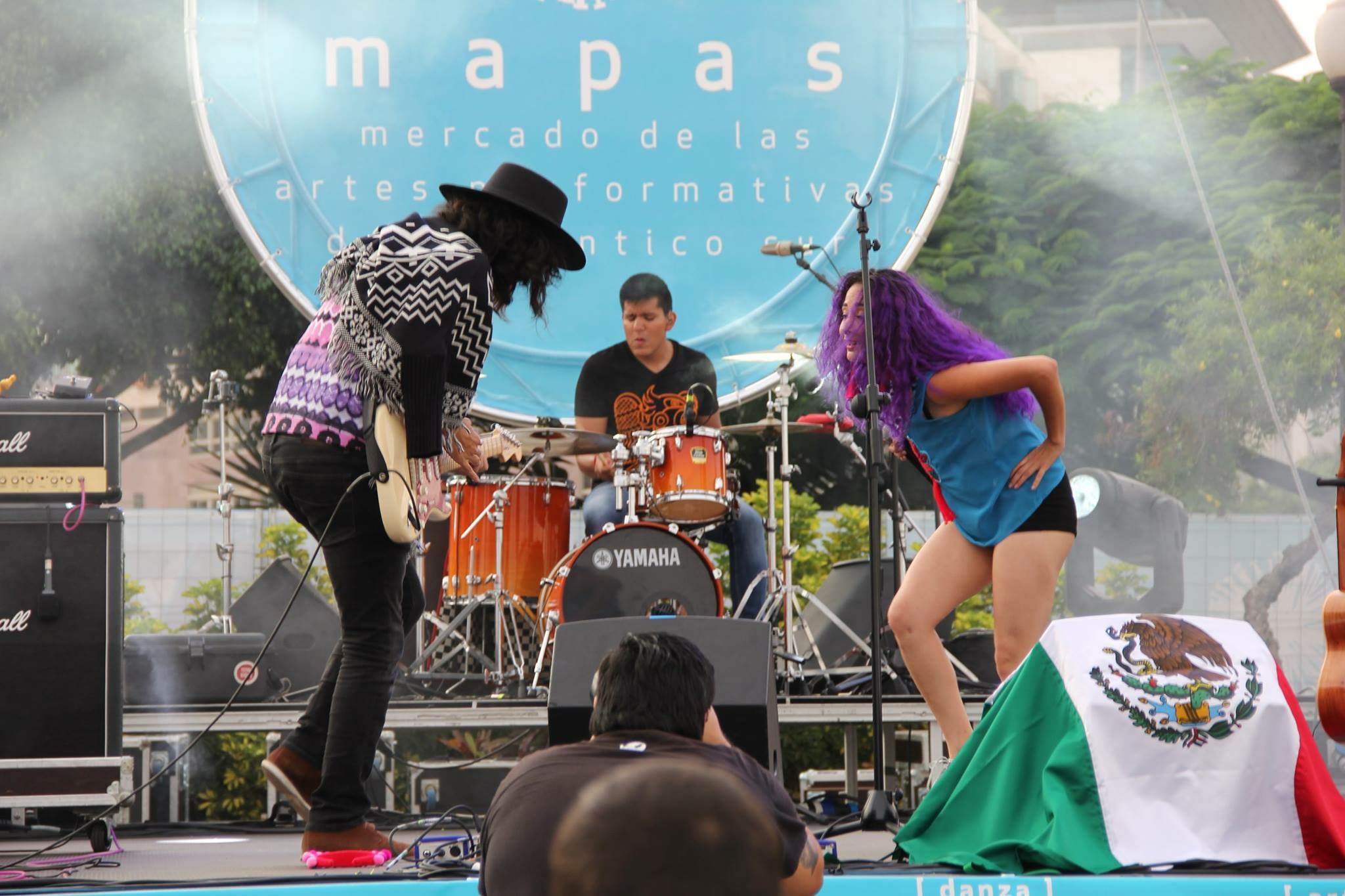