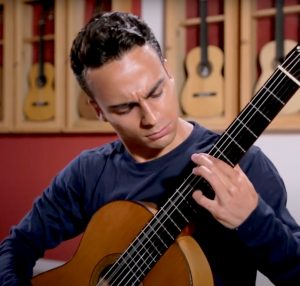 Today we’d like to introduce you to Flynn Hase Spence.

Flynn, can you briefly walk us through your story – how you started and how you got to where you are today.
Ever since I can remember music has been my passion. My father a classical guitar teacher taught me guitar as a young child and I spent a lot of my early years completely immersed in performing around London.

Classical training and performing was still at the heart of my development and I was offered a place at the Royal Academy of Music in London to study guitar and composition further. My four years at the Royal Academy of Music was a fantastic experience it allowed me to study and meet with world-class musicians/teachers. In the guitar world, this included people such David Russel and Julian Bream who were two of my childhood heroes. Studying at the academy demanded the highest levels of musicianship from its students, so an incredible atmosphere to feed off.

I knew though that a life devoted to classical concert performing was not my sole interest and outside my studies, I was still spending most time in my home studio set up, perfecting my music production and film music production skills.

After I graduated, breaking into the film scoring industry was now my focus. I was lucky to make a few connections in the industry, but soon realized I wanted to give this career a good shot. Many people mentioned moving to Los Angeles would offer far more opportunities for young film composers.

So I decided to pack my bags and head for LA. I started by taking a few film score classes at UCLA and found myself instantly propelled into the scoring environment feeling much more connected to the art form. Here opportunities started to happen quickly, perhaps because I was very eager and happy to do menial tasks just to get into the door. It was only a few months in that I was interning with leading composers. The first being with the composer Fil Eisler at Warner Brothers. This was incredibly exciting to see large scale orchestral productions in action. I was soon offered various interns/ assisting jobs with leading Hollywood composers and was enjoying every minute meeting so many important people in the industry.

I was constantly honing my craft as a composer and in 2018, I was fortunate to have won a place on the 2018 ASCAP Film Scoring workshop. In the scoring community, this is a world-recognized competition for young composers and something I had dreamed of doing. This gave me more recognition as a composer and gradually, I was able to shift away from more assisting type jobs into writing music. Since I have been lucky enough to work with leading composers such as Benjamin Wallfisch and Mac Quayle on high-end Netflix and TV productions. I have also found myself writing for trailer music recently scoring a placement on ‘Breaking Bad El:Camino’. Classical Guitar has still been part of my journey and often called in as a session player on film/tv work.

Overall, has it been relatively smooth? If not, what were some of the struggles along the way?
Breaking into the industry and just getting one’s foot in the door has been challenging. Opportunities for composers whether assisting more established writers or landing your own shows are very competitive and one has to be patient in building up the connections and credits. Moving to LA took a while to feel settled, but I remember enjoying that initial struggle. Some of my fondest memories still are making the tea for Hollywood producers and directors and chatting about their current projects.

The composition process itself is often a struggle and can feel like a physical work out. Long hours are common and the importance to create good work under limited deadlines can put the pressure on. It took many hours of writing just to feel confident in being able to deliver say 20-30 minutes of music a week when needed.

Can you give our readers some background on your music?
As a composer, writing for an orchestra probably excites me the most and what I am typically asked to write. It is a sound I have been listening to and studying as a child. Recording a large scale orchestra on a film scoring stage steeped in history never tires for me. I love following all the current ‘pop’ artists’ too and fusing modern production elements into my work. This might be beat or synth sound design which is influenced from a song but adding this to a more film score harmony/style is something which keeps the process fresh and exciting. Classical/Nylon guitar will continue to be a skill unique to my writing and hopefully can continue to incorporate this flavour into my music.

If you had to go back in time and start over, would you have done anything differently?
I think realizing I was also a filmmaker meeting fellow younger directors and filmmakers is something I could of capitalized on more in my development, rather than solely more established composers. LA and the industry has also emphasized the importance on meeting as many industry professionals as possible as this industry relies on word of mouth as much as talent. 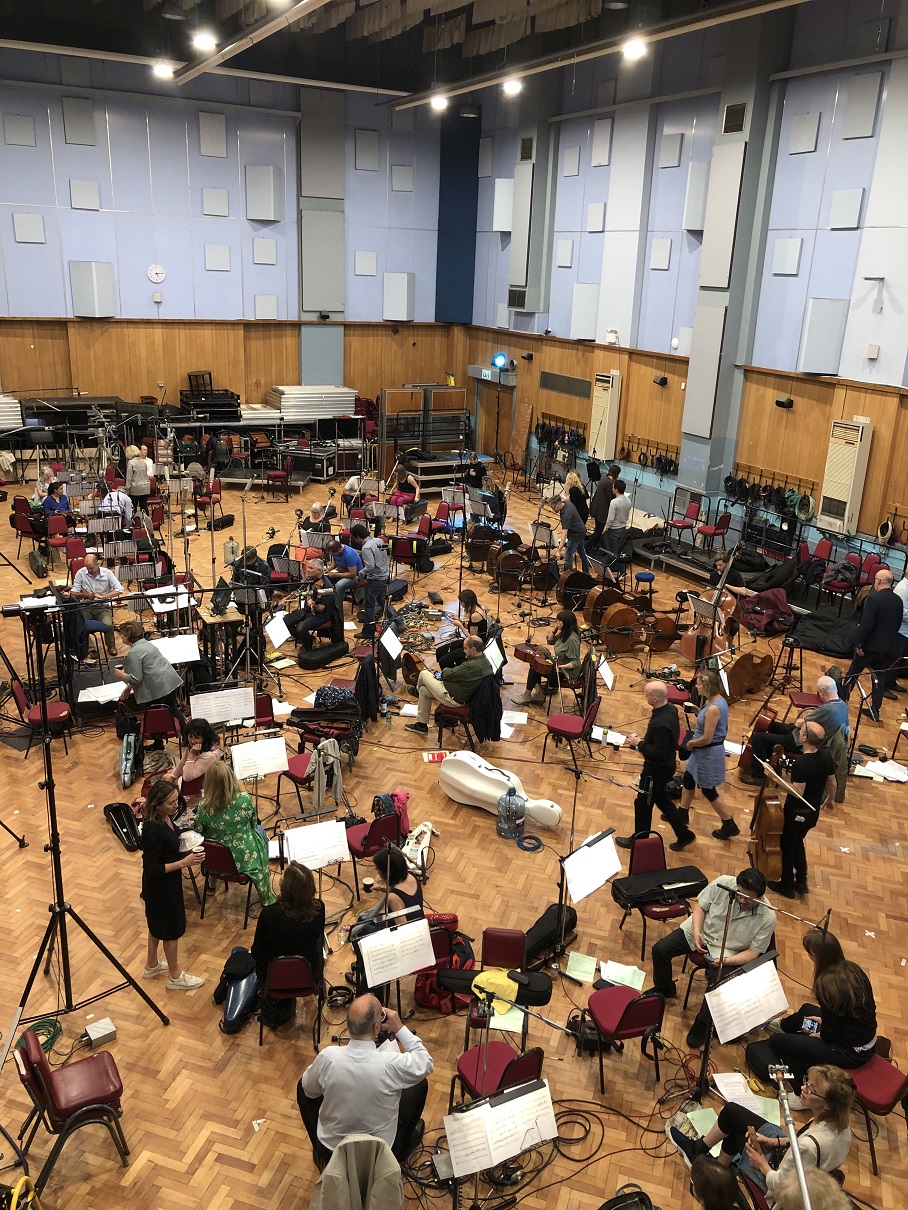 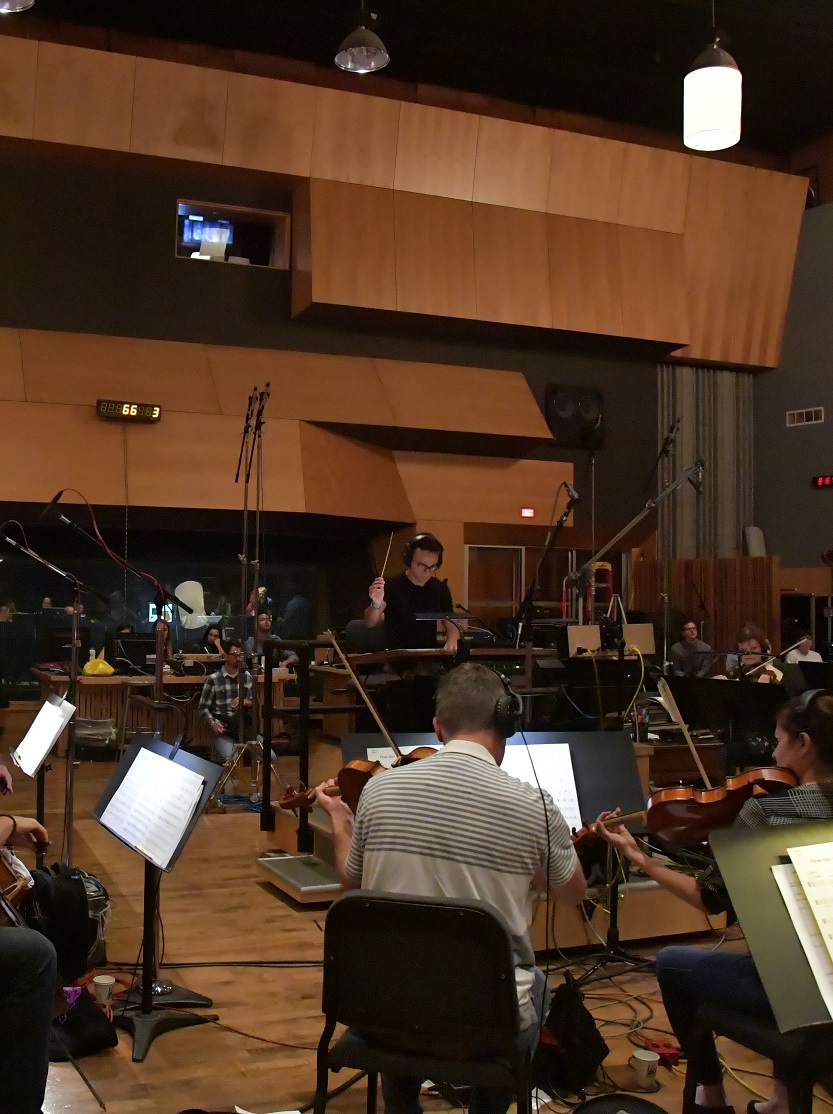 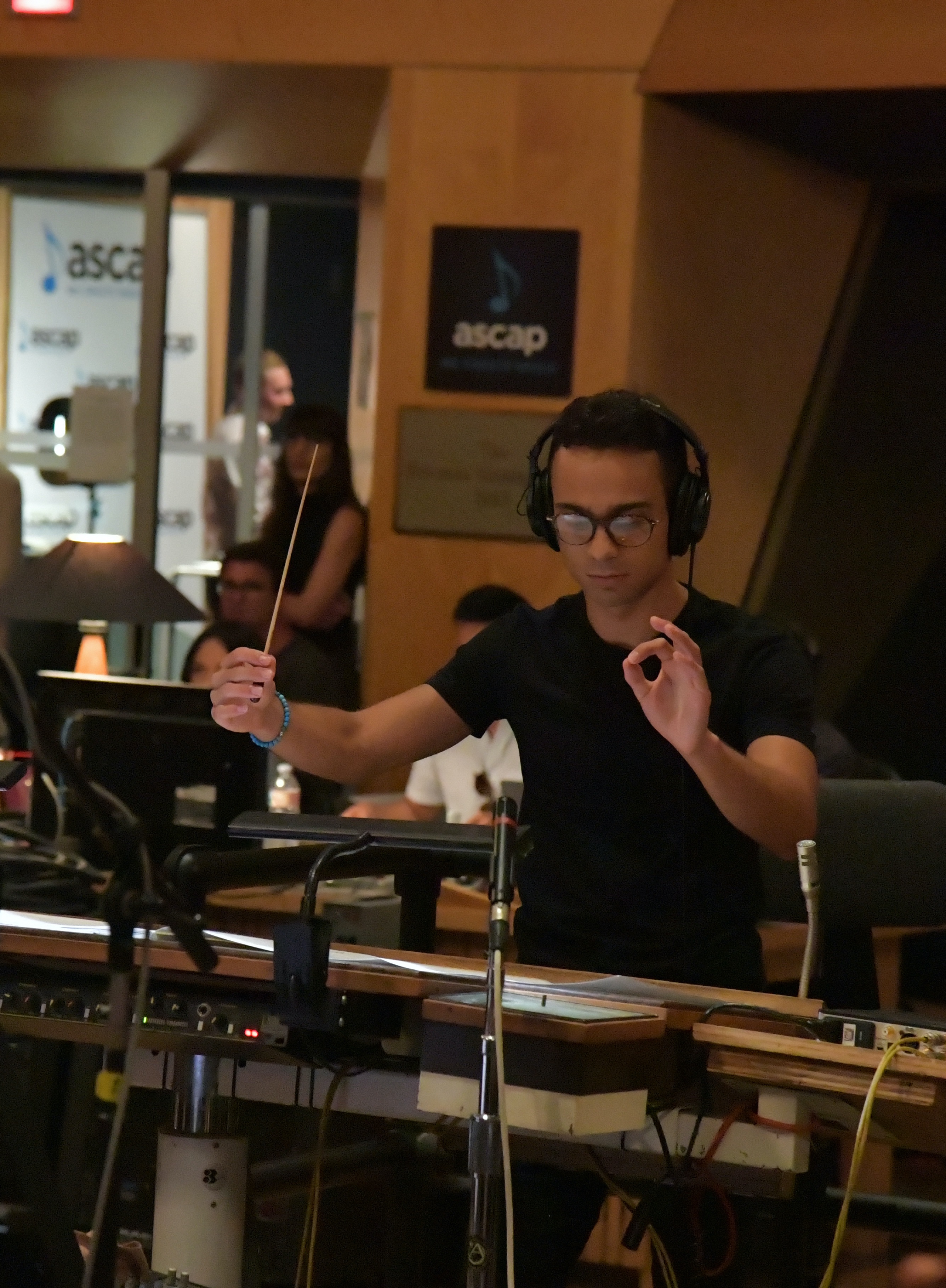 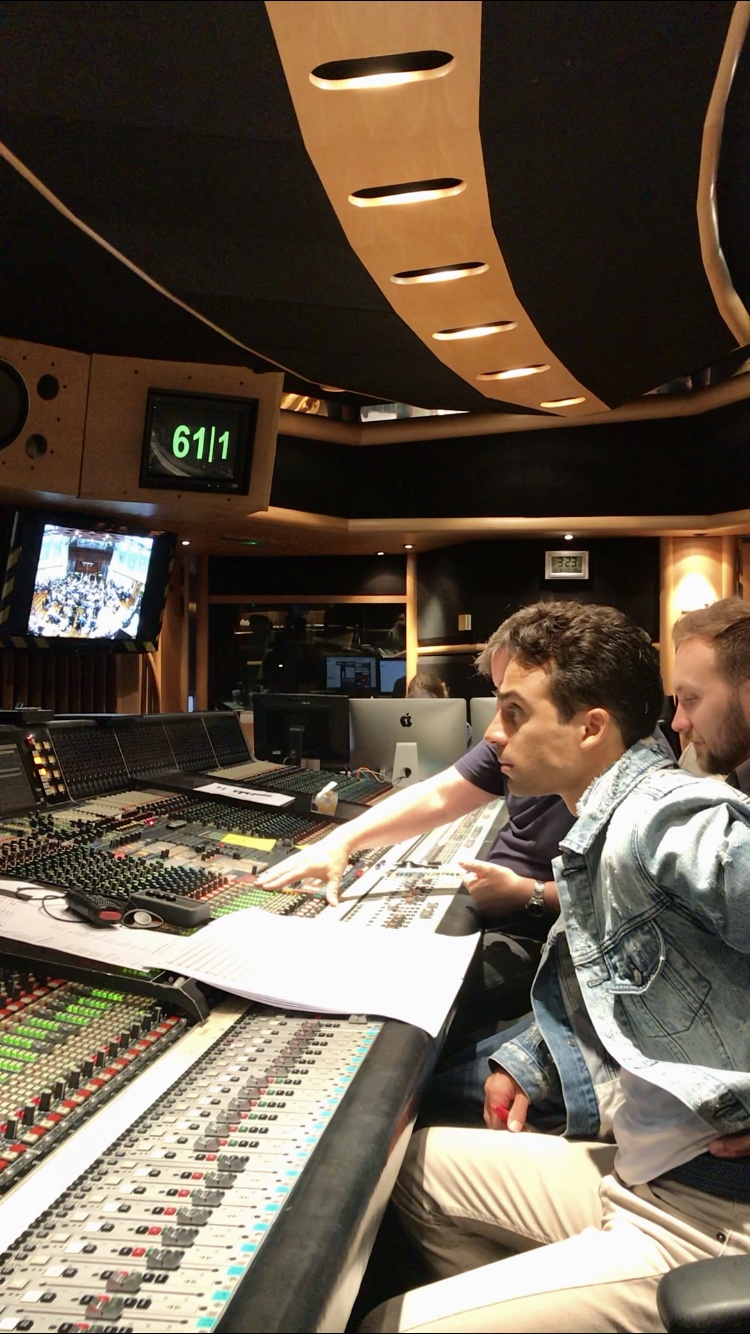 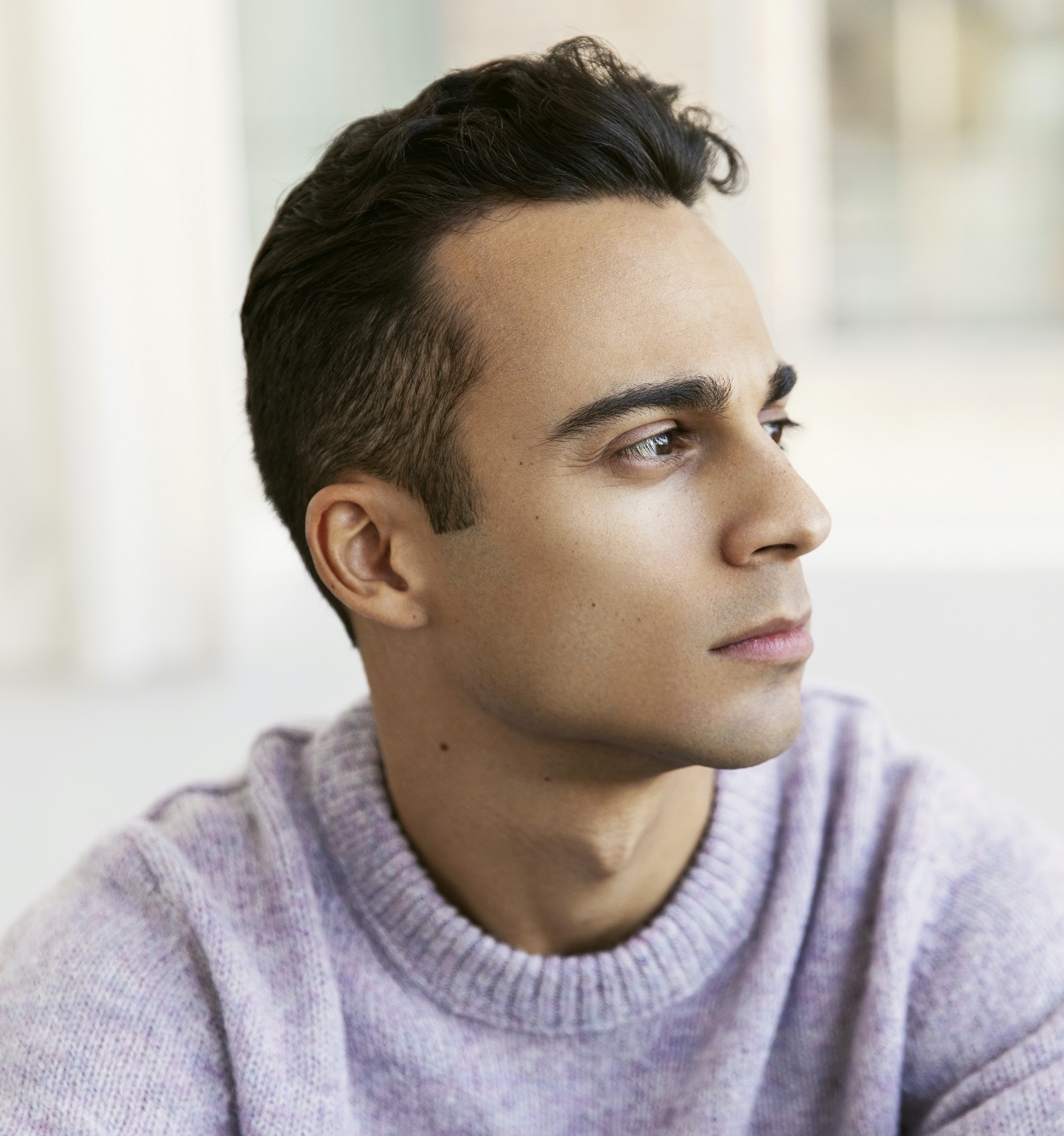