Meet Myles Yaksich of MY Films in West Hollywood 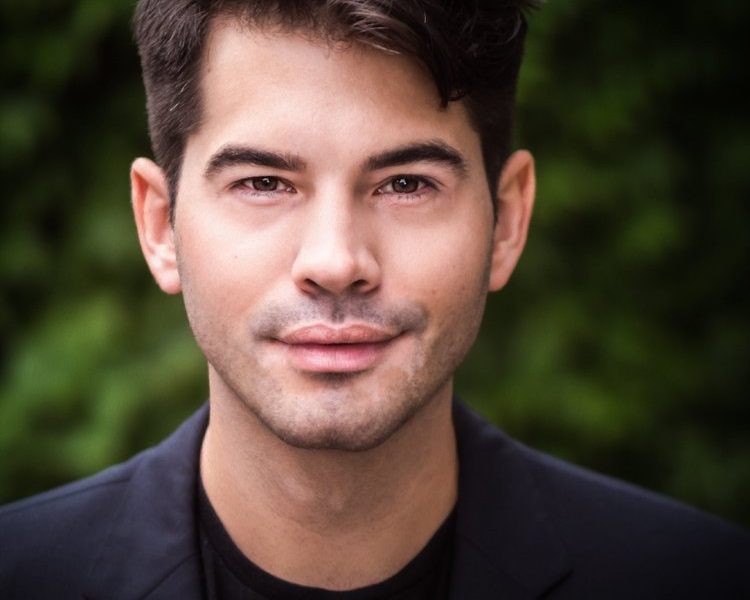 Today we’d like to introduce you to Myles Yaksich.

Thanks for sharing your story with us Myles. So, let’s start at the beginning and we can move on from there.
I am a Canadian film-maker based in Los Angeles, CA. Although I’ve always been interested in film-making, I took the scenic route into the industry – spending several years in world of investment banking in Asia.

I relocated to Los Angeles, and without knowing anyone in the industry, I got to work.

While taking certificate classes at UCLA Extension, I started writing the short film, “Poppies”. The film is based on my experiences living and working overseas, and the impact a foreign culture has had on my outlook and perspective. I worked hard, but was also incredibly lucky, meeting industry professionals who trusted me and my story-telling abilities to bring the film to life – offering me guidance, support, and encouragement. That film took about a year from writing to final cut. We premiered at LA Shorts Fest and have since received over 17 awards from more than 25 festivals across six countries. “Poppies” is currently available on Amazon Prime.

Later that year, I teamed up with the same crew to tell a second story in the short film, “Erin”, which we produced with less than a month of pre-production. We have since received ten awards with that film and will premiere in July of this year!

Currently, I am developing “Poppies” into a feature film.

We’re always bombarded by how great it is to pursue your passion, etc – but we’ve spoken with enough people to know that it’s not always easy. Overall, would you say things have been easy for you?
In any pursuit, there are challenges, and my road into filmmaking is no different. However, hard-work and preparedness smooth out some of the bumps.

I moved to LA to start a new career in a new industry. I not only had to learn the craft of film-making but also build a support system and network to do it. I figured the best way to learn these skills was to just start producing content; at a level, I would want to watch.

Taking night-classes at UCLA Extension was a great way to meet others, both peers and mentors. I try to keep myself surround by other like-minded professionals, who are focused on creating content – where-ever their interest lies. There is a motivation to that; the creative buzz of being around others who are also ‘doing’. There are so many challenges in art, and nothing will ever be perfect, but as long as you keep ‘doing’, you will always learn, improve and progress to a new level.

With each project I’ve worked on, I’ve tried to build in ‘safe’ and ‘challenge’ zones; for example, keeping the camera movements on a highly emotional scene relatively simple, enabled me more time to focus on developing the scene with the actors. Once I felt comfortable with that skill, I worked on creating more dynamic backgrounds or cinematography choices.

Also, learning to trust the members of your team, which only strengthens over time. Everyone has something to bring to the project – and delegating smartly is a fantastic way to (i) learn and (ii) improve the overall quality of the project.

We’d love to hear more about your work and what you are currently focused on. What else should we know?
As a filmmaker, I’m focused on telling stories about unconventional relationships.

Commercially I have directed short-form digital content for brands including Conde Nast Traveller China and The Outnet, while personally, I have a strong interest in narratives.

The narrative shorts we have completed within the last year have been well received by festivals and audiences. I am most proud of how hard the entire team has worked to turn my vision into pictures that ultimately affect others. Receiving accolades from festivals is a wonderful way to recognize the hard work and dedication of the team, cast, and crew. “Poppies” is now available on Amazon Prime.

What were you like growing up?
Growing up, I think I was always off in my own world – absolutely obsessed with dinosaurs, I was either off playing in some make-believe world (I built an 8ft x 4ft diorama of jungle to play with my Jurassic Park toys on), or creating; drawing, writing, dancing, sculpting.

I not only loved watching films but also reading “making of” books and watching “behind the scenes” featurettes; Jurassic Park changed my life and I became determined to learn how to ‘make dinosaurs’, playing with stop-motion animation (and later 3d animation), teaching myself the very basics of writing and film-making (I wrote Steven Spielberg a letter asking if he needed help or had any ‘left over’ dinosaurs). By the time I was 12, I had written and directed a 40 minute murder-mystery set in the 1920’s, roping in my incredibly supportive family and school-teachers into the process – my mum and I sewed all the costumes, and we filmed over several weekends; I learned the editing process on final-cut pro – and had the “world” premiere with a red carpet and mini ‘Oscar’ statues (crafted out of clothes-pegs and gold spray-paint) for the cast!

However, things changed when I got to high-school; I switched focus and after completing my internship at the Singapore Stock Exchange, I was recruited by HSBC Singapore and worked in finance. By 2016, I was prepared to start my MBA in America, but after some self-reflection I realize I had been on the wrong path and that it was time to pursue film-making. 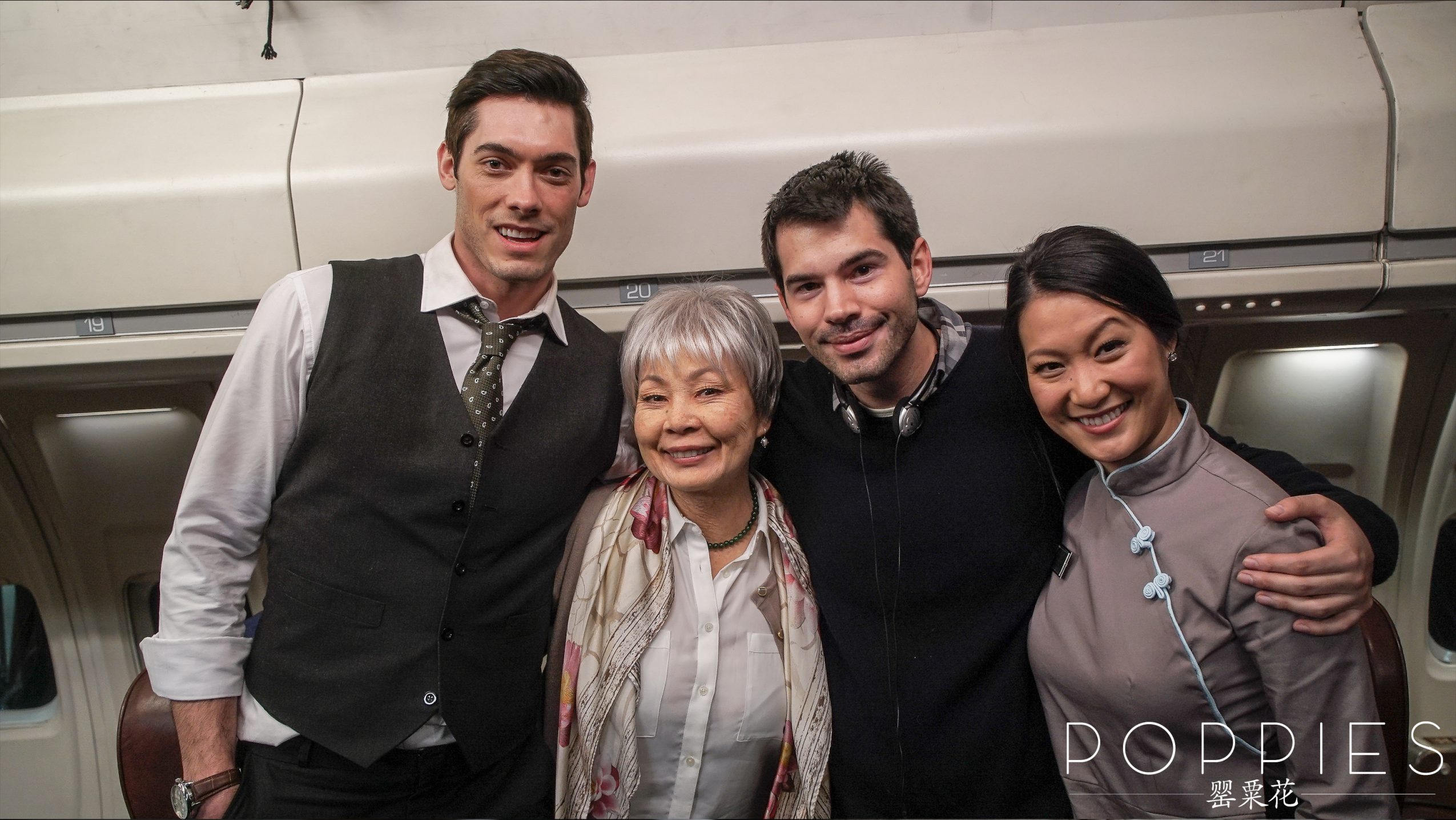 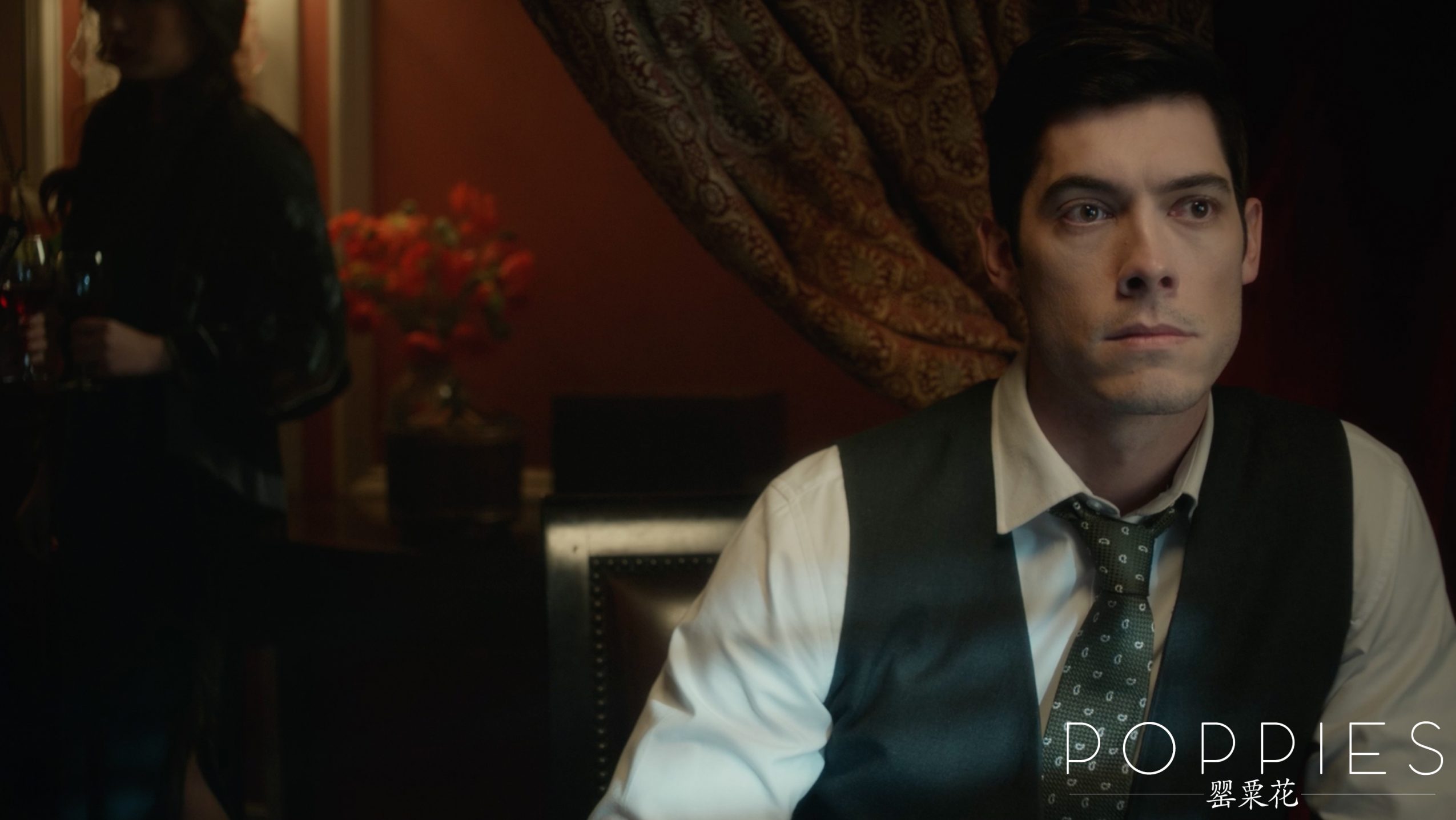 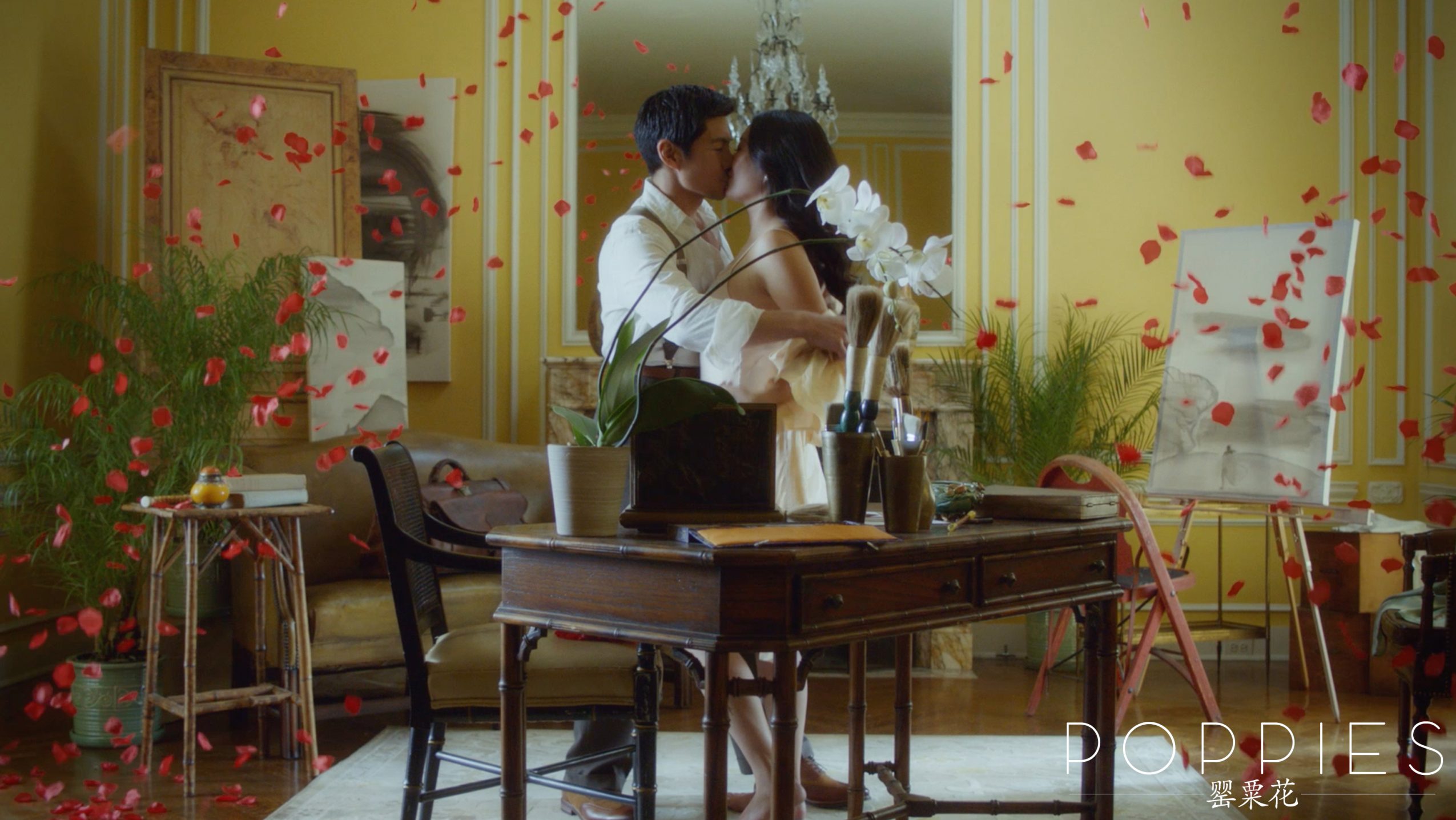 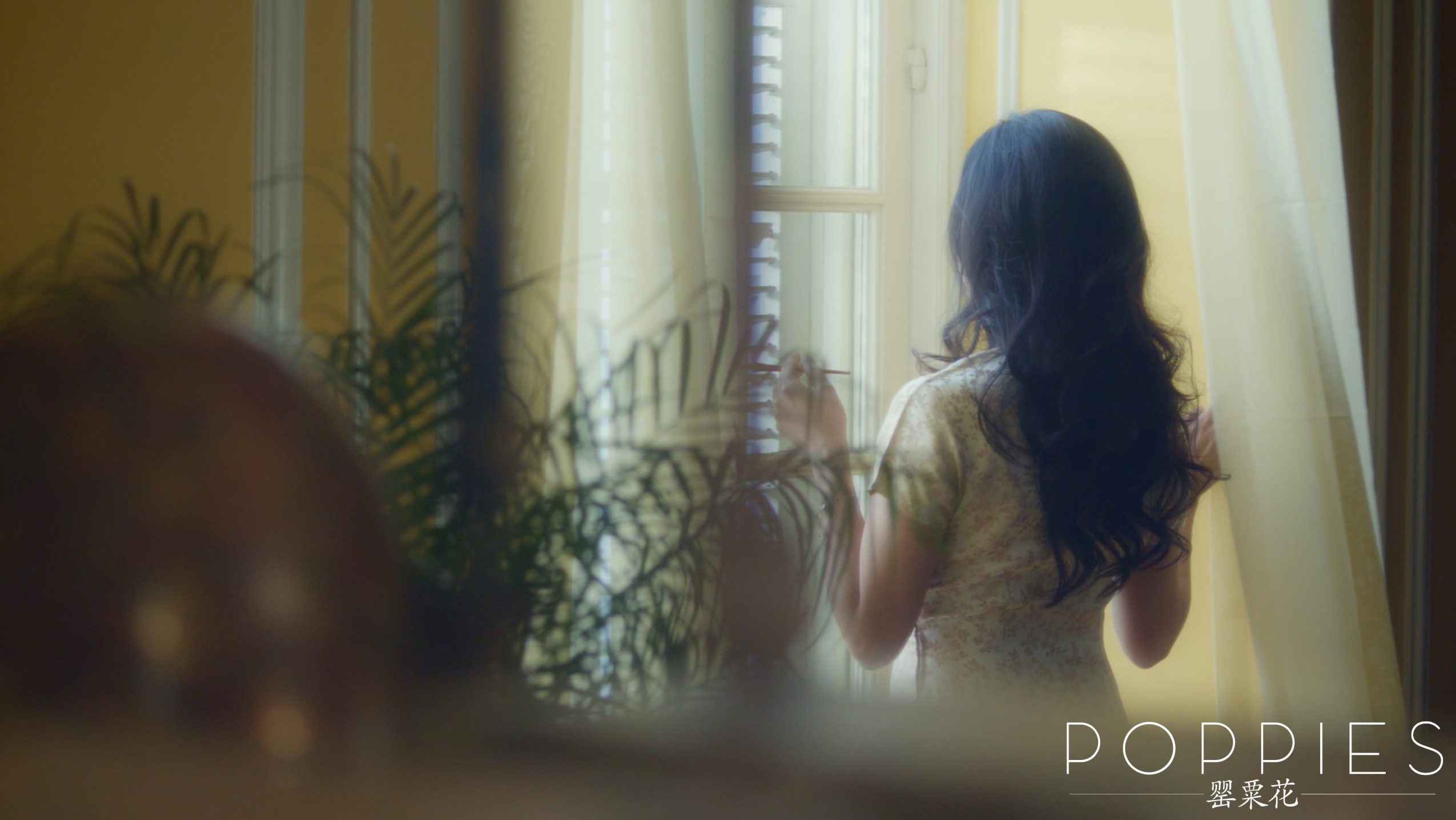