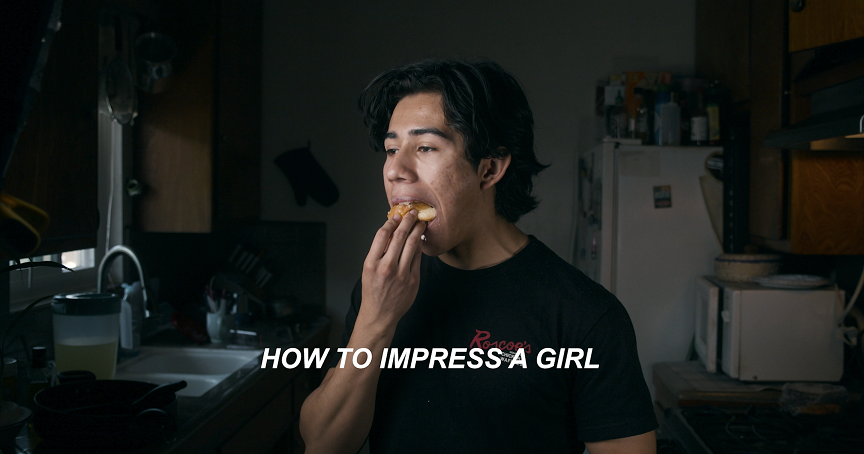 Today we’d like to introduce you to Filming The Genesis.

Please share your story with us. How did you get to where you are today?
My story begins with my interest in cooking. As a child, I was fortunate enough to have two working parents, unfortunately there was not much time to prepare meals. I took initiative by cooking simple meals with simple ingredients for me and my siblings. This led me to believe I was destined to work in the food industry and one day run my own restaurant. That dream was demolished in the year of 2011 after watching Michael Bay’s Transformers Dark of the Moon. I was blown away by how ‘large’ and ‘fantastical’ films could be. I fell in love with the chemistry between music and visuals. The world of film was overwhelmingly powerful to me with its endless possibilities due to the everyday advancing technology. However, at the age of 11, pieces of paper and my imagination were my only connection to this world. Many of the ideas I had early on were clearly written by a young boy as they focussed on the style as opposed to the substance of a film.

As a teenager, I was fond of the action sequences such as car chases, fights, and massive demolitions by fictional super-beings. As I entered my final two years of high school, I got my hands on my sister’s small DSLR (Digital Camera). I had no guidance or experience, so I turned to the internet for help and found that Youtube had an enormous community of independent filmmakers. Youtube gave me a ton of leverage when it came to editing, camera work, and finding affordable alternatives when creating films. So like any beginning filmmaker, I asked friends to be actors and asked someone’s mom to use their living room or backyard. I began writing and directing short films and plays while I was in high school. I’d go to school in the morning, edit or shoot in the afternoon, and stay up all night to keep up with my homework. Often I would burnout and be dissatisfied with the aftermath of my film, which looking back now was only natural.

However, this dissatisfaction only pushed me to try harder, and people began to notice. In my last year of high school and onward, I began receiving smalls gigs for social events, promos, personal projects, and even real estate. These gigs, work, college, occasional gym sessions, and sleep were the only things I had time for. I stopped writing and making personal creative projects to focus on my clients. It was experience that I am grateful for, but at the end of the day the only thing I was getting out of it was money. Financially speaking, this was a great secondary income next to my busboy job. However, filming or photographing someone’s graduation, wedding, or house wasn’t teaching me to make films. I began to question myself and think ‘am I heading in the right direction.’ I took a step back from the gigs and began to write again. I was 18 years old and really began writing about mature and realistic life obstacles. I had grown from focusing on style and started to pay attention to the substance or in simpler terms, the ‘meat’ of the film. I attempted to start shooting again, but I was always displeased with my visuals and their lack of cinematic features. So I turned to my favorite platform as always, Youtube. Youtube introduced me to better color grading techniques, affordable light solutions, and the ‘poor-man’s RED Camera.’ My knowledge on filmmaking and writing had been propelling, and I started investing in new gear.

At this point in my life, I was commuting to school, working at a diner, but I just never found the time to start filming. I was proud of the visuals that I was capable of putting out and it definitely showed in my class assignments, but nothing was developing when it came to personal projects. I shot the occasional b-roll montage or music video but generally had put filmmaking on pause. It was in the beginning of 2020 when I had shifted my attention to cooking. I challenged myself to a two months vegan diet, which forced me to become creative in the kitchen. Animal product substitutions was not the direction I wanted to go, rather learn and open up to foods that were rare within my diet. After the challenge was over, I really was drawn to the practice of making good food. I was in love with the idea of taking basic ingredients and turning them into something that was not only visually beautiful but absolutely delicious.

This idea is what sparked my name Filming The Genesis; Genesis both meaning and written in the bible as the creation of nothing into something. As someone who wants to be a filmmaker, I take these small elements and put them together to make something magnificent. After everything had been shut down in the month of March and we were forced to stay home, I had made the decision of joining my favorite platform, Youtube, as a home-cook. It began with simple instructions, but the channel’s direction slowly evolved after every episode as it is all trial and error. It has become a way of being creative and working safely at home, combining two of my dearest passions. Although the world is slowly getting back on its feet, I myself am on that same journey. While working a part-time job at the moment, I continue to press out content, sell pastries through my at-home bakery, and in-time will resume my creation of short films.

We’re always bombarded by how great it is to pursue your passion, etc – but we’ve spoken with enough people to know that it’s not always easy. Overall, would you say things have been easy for you?
My dreams sometimes are a bit big and unrealistic considering where I’m living, who I know, and my financial matters. Being an at-home bakery business, creating content in a small home filled with people, prioritizing fitness & meal-prepping, working a diner job, and identifying as a writer with a burning desire to make films can be difficult to simultaneously do all at once. Throughout this journey, since I was 16 to this day, I dream a bit too big and as I said previously – I focus on style over substance. Whether it is making a film, creating a video for Youtube, or putting out a new product I think too big and don’t focus on what really matters. Yes, it would be amazing to have a studio, a whole team, make everything look more professional, an entire cast but if the root of everything isn’t given the proper attention, it is all in vain.

For example, you can have a very expensive cut of steak with beautiful marbling and a phenomenal presentation, but if it is not properly seasoned then it is complete garbage. Thinking big is beautiful and awesome, but can be harmful because you start to blame yourself for not having enough money, better equipment, or enough friends to support or help your project. I myself have struggled with these, but the reality is that creating great content doesn’t solely emerge from these factors. The resources will one day come, but for now I work with what I have.

We’d love to hear more about your work and what you are currently focused on. What else should we know?
Filming The Genesis specializes in film, baked goods, and a Youtube cooking channel, I believe I’m most known for creating cinematic food with a stunning presentation and remarkable flavor. Although my Youtube channel has a long way to go, I am most proud of my presentation the cinema element of implementing intro skits. The intro skits are not only a form of entertainment to the runtime, but also my imprint as a filmmaker to show that I am not just a home-cook. I believe what sets me apart from the thousands of other Youtube home-cooks is this very element, adding that touch of cinema. I may not be the funniest nor the best at cooking, but I have not found anyone who adds that touch of cinema like I do.

Has luck played a meaningful role in your life and business?
Honestly, I don’t believe luck has played any role in my life. I am eternally grateful for the people in my life and the part-time job I have to pay for my bills and any expenses that go towards my craft. However, I do not think these were given to me because of luck, maybe they were, maybe they weren’t. As depressing and pessimistic as I may sound, I am not at all impressed with the feedback that my videos, content, or products have received. I am extremely grateful for those who have shown their love and support, but I honestly don’t think I’ve had any luck in this field. I know I can be working harder and I know that the idea of ‘giving it my all’ will never be true or enough. This however does not stop me, anyone who has ‘made it’ will tell you giving up is the easiest thing you can do, but working at it and trying harder every-time is absolutely ruthless but well worth it. 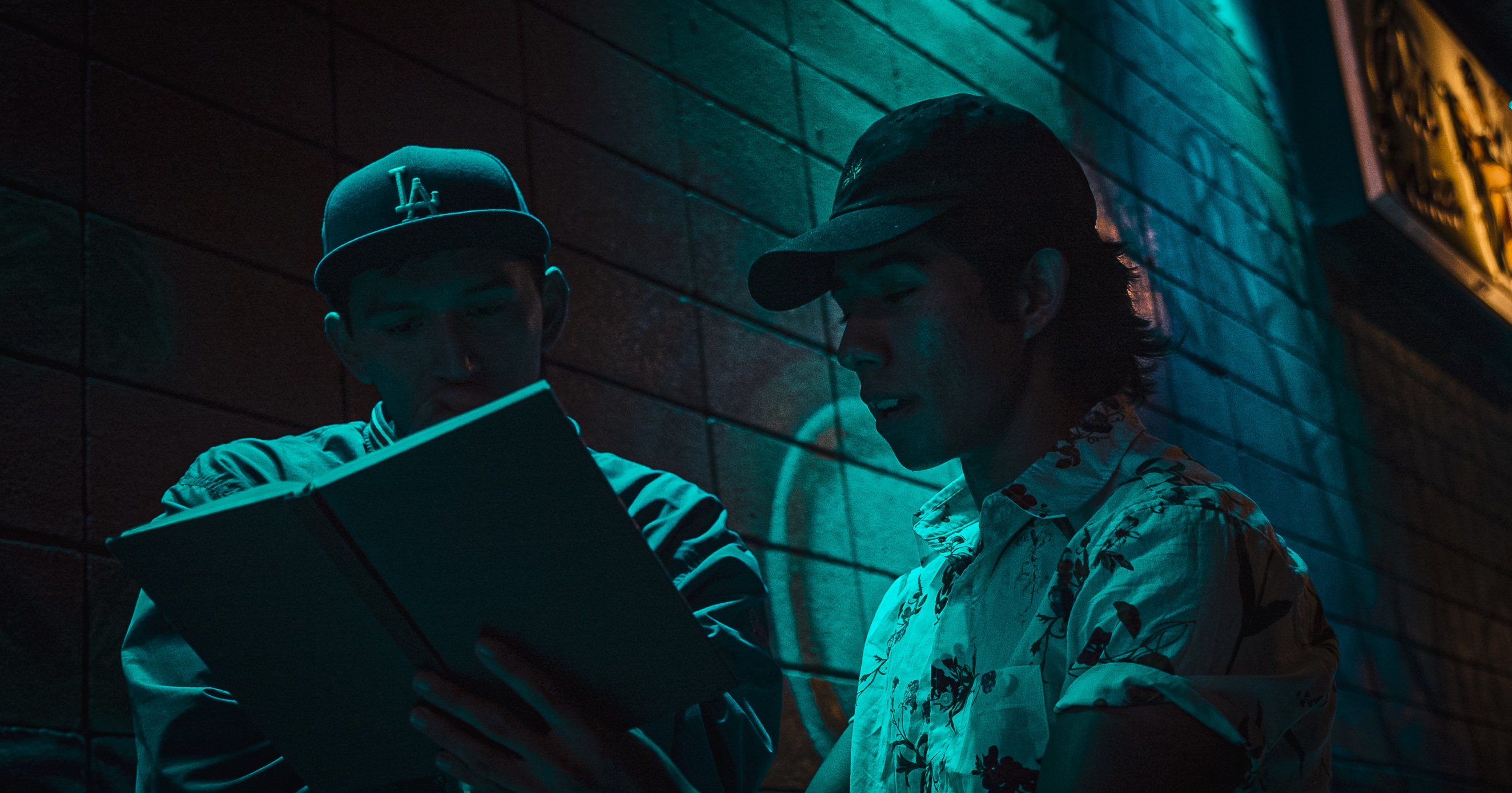 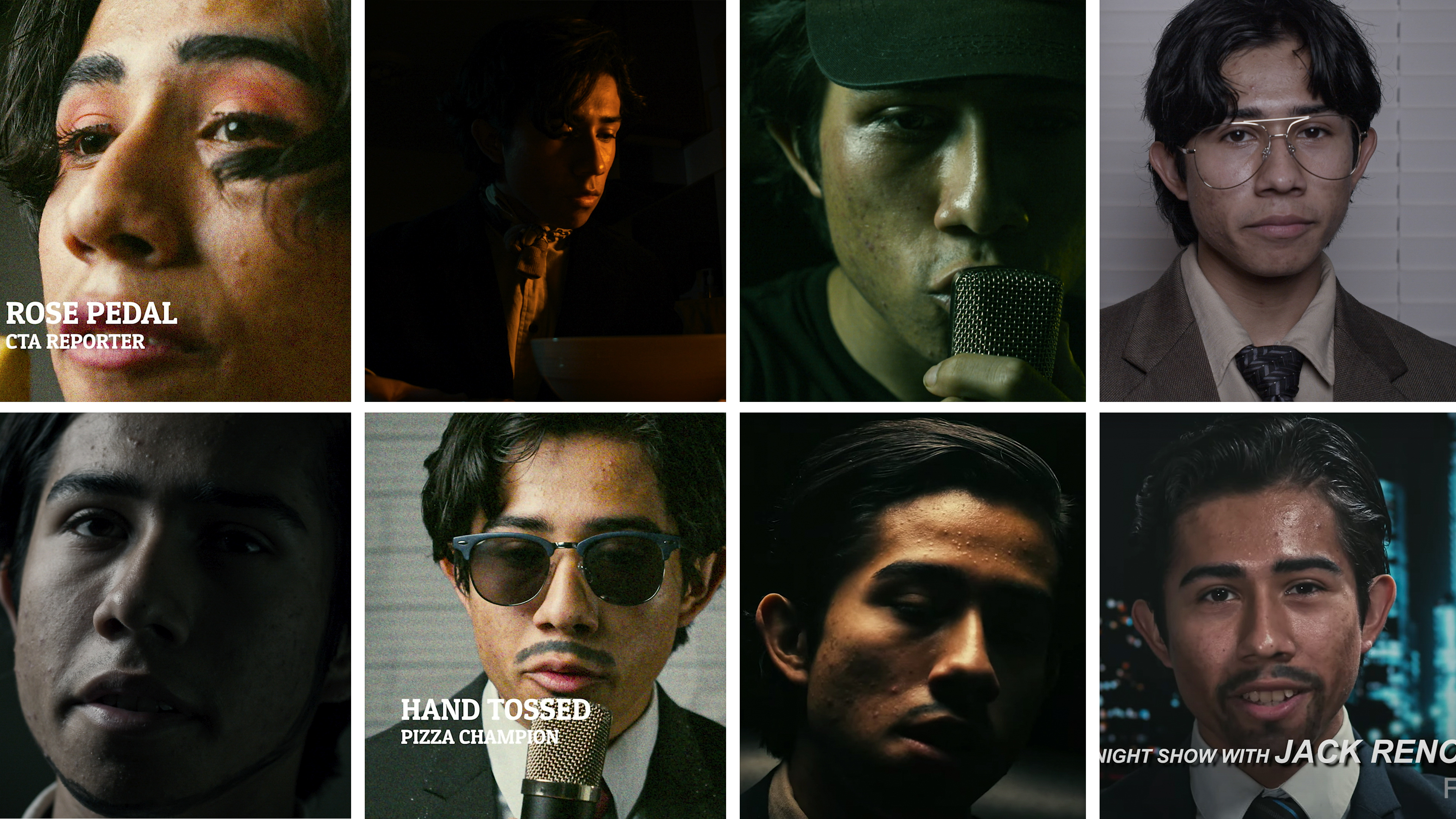 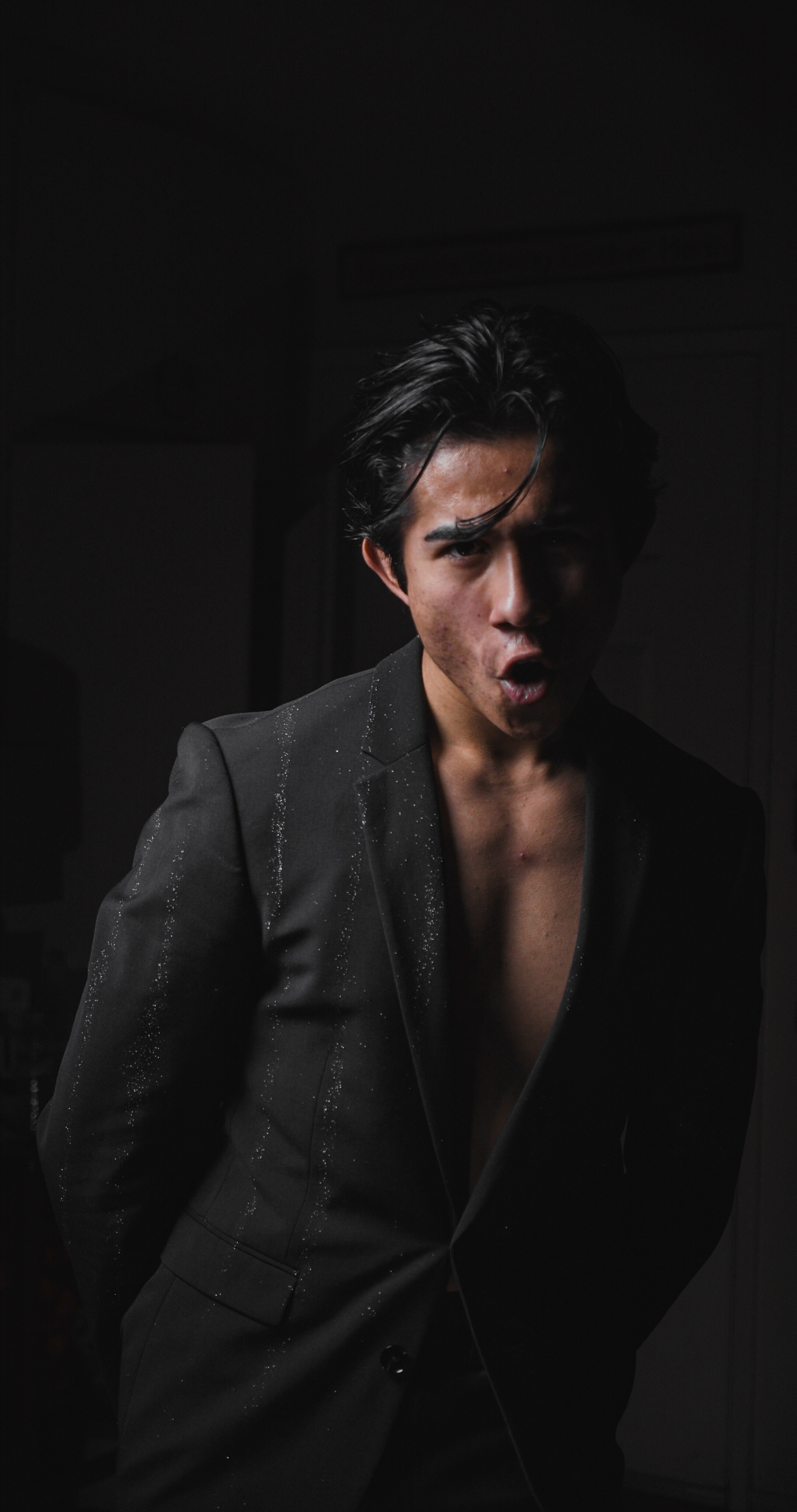 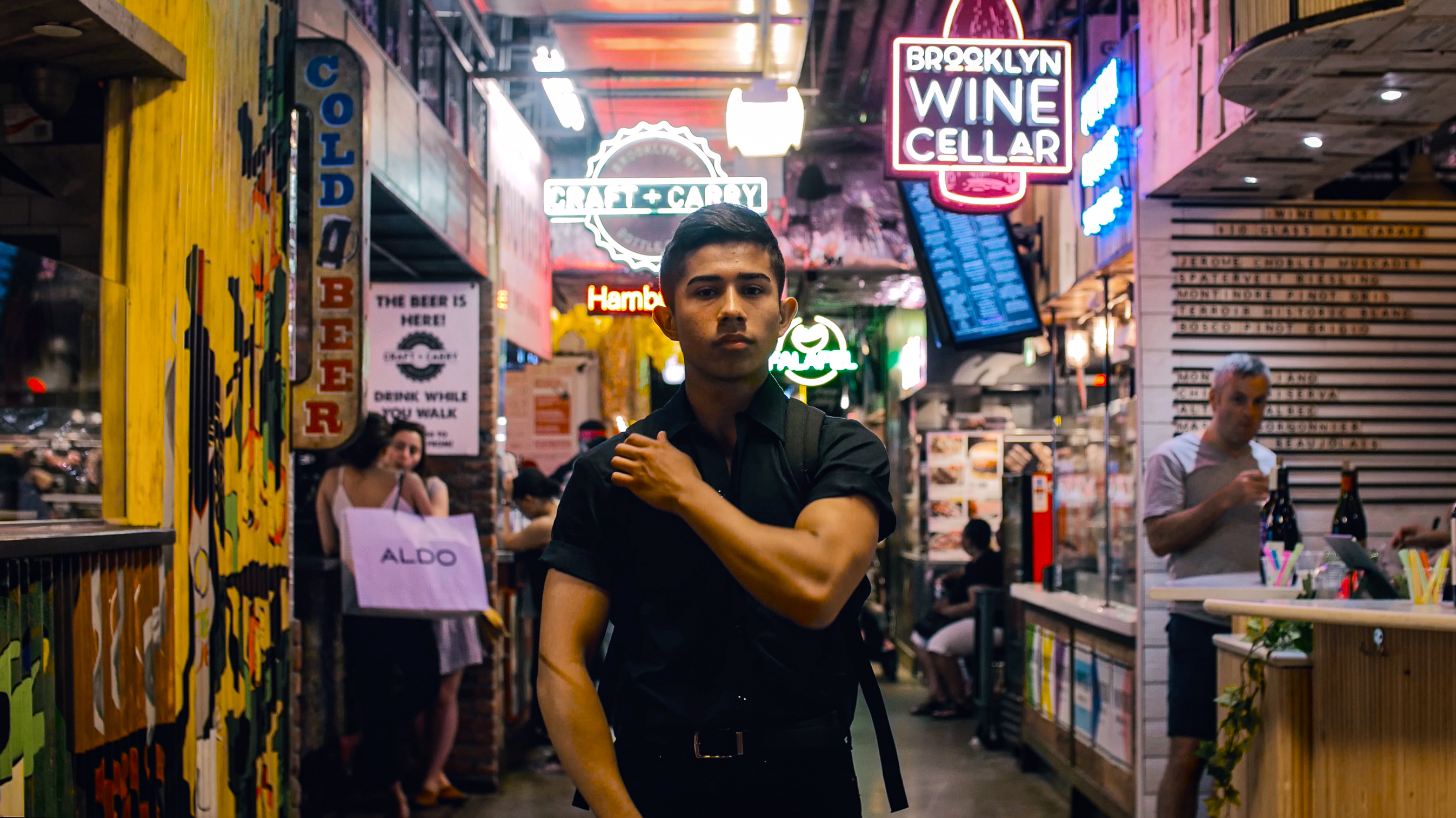 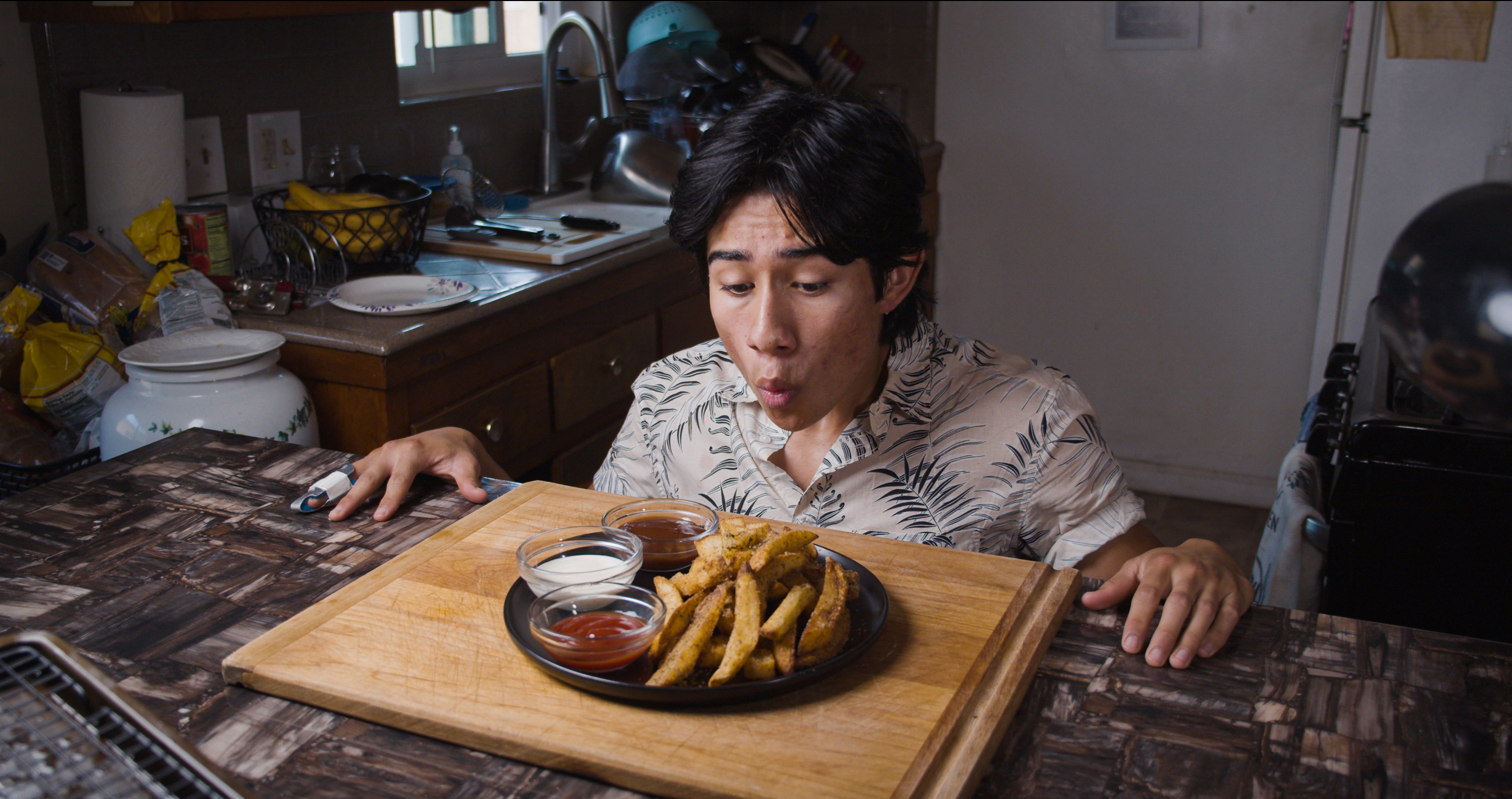