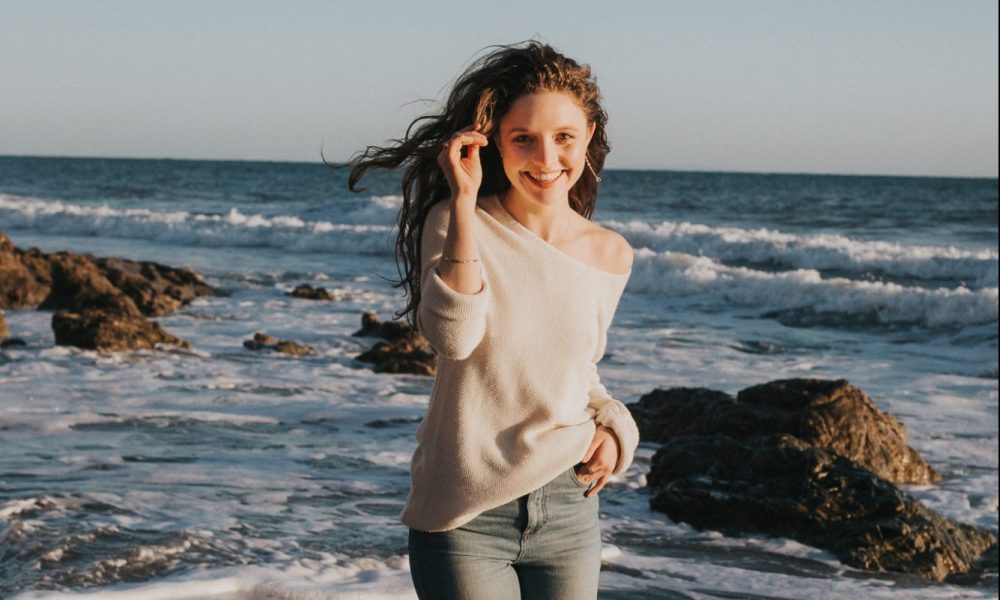 Today we’d like to introduce you to Fidelia Grace.

Fidelia, please share your story with us. How did you get to where you are today?
I’ve been out in LA since 2014 and boy has it been a journey!! Back home in Buffalo it’s very rare and hard to leave that small bubble you call your comfort zone, but I made it my goal to push myself to places I never thought existed. To take you a little further back in my journey my love for the arts started when my mom put me in my first dance class at the ripe old age of three.

There, I learned about every dance genre from jazz, tap, ballet, hip hop, etc. It was not until middle school that I felt totally disconnected from people so, by my mother’s request, I joined my schools color guard team and never looked back. I was still studying classical ballet on the side, but the guard was a new love of performing. I learned to challenge myself in a competitive setting and was given amazing opportunities like a trip to San Antonio Texas to march with the US Army All American Marching Band.

Well, graduation was slowly approaching and like most kids that age I had no idea what I wanted to do. It’s very tough sitting in my counseling appointments trying to answer these questions like “Where do you want to go to college?” “What do you see yourself doing?” “What score did you receive on the SATS?” I felt lost, broken, scared, and had no idea who to turn to. So for a brief eight months, I took the easy route.

Visited college campuses, went to many dance auditions at different academies, and decided the University of Buffalo’s dance program was my best bet. It wasn’t until the 4th day when I was sitting in my English class, I looked up and asked myself, “What am I doing here?” “Do I really want to spend the next four years of my life here?” I should point out I was never a school person. I tend to learn better from my experiences than a simple text book.

That being said, I sat in my car for about 30 minutes mustering up the courage to call my mom and tell her I was dropping out of college to pursue something else. What you ask? I had no idea. I spent the next two years working at a boutique, nannying, and being a receptionist at a community college… ironic I know ha. I was working at the college starring through the computer screen looking at my future when I realized “I need to just go!” I booked a one-way flight to LA on October 31st of 2014 and never looked back.

I remember having this huge rush of emotions come over me when we first walked into my Airbnb studio apartment in West Hollywood. I felt like I had made a mistake… I didn’t know anyone, I didn’t have a job, and I had zero connections in the entertainment industry. To put it in short, I didn’t have a plan, BUT I had a dream, and I was going to make it happen. I dropped my parents off at LAX and started what felt like endless hours of research, patience, and finding any which way to make my mark.

I started off with any auditions I could get my hands on. Student films, short films, little commercials, and basically worked for free for about the first year and a half to get my experience in-front of the camera while also juggling a part time sales job. I didn’t have any previous training, so this was sort of giving myself my own training.

Jacob Artist who I used to dance with when I was teeny tiny and who appeared on Glee was a huge inspiration for me. He moved out to LA a couple of years before, and although we didn’t speak, I researched what his journey was and stumbled upon a youtube video he made talking about this acting class. I ended up auditing the class (Lauren Patrice Nadler Studios) and joining the week after which changed my life forever.

I remember sitting in the back being so scared/nervous that my hands were wet. It was something that challenged me and took me out of my comfort zone because I never really had to use my words to express myself. I think that’s one thing that really drew me to start acting in the first place. I wanted to learn to use my words… which my sound very weird but, I was so shy and didn’t know how to take my experiences and use them for a greater purpose.

The studio has given me a purpose, taught me my craft, and has given me a community I will forever cherish. My first “break” in my acting career was when I booked the lead role in the film “Dreams I Never Had.” Funny story… I wasn’t going to attend the audition, but for some reason, my path led me into that room, and a week later I received a call from the casting director telling me they wanted to offer me the lead role of Layla in their project.

I was truly stunned as it was the first time my hard work was paying off and I could put what I was taught to good use. By no means was this project glamorous or what you see out of Hollywood, but it was certainly boot camp for me in terms of my acting and my mental strength. It taught me to stand up for myself when I felt like I was being stepped on, and guided me to start understanding the process of film making.

Most recently, I was nominated at the Burbank Film Festival for Best Actress in a Leading Role which was a great accomplishment. You can now stream “Dreams I Never Had” on Amazon. It’s not often people talk about the “between jobs” after working on a project. The struggle and depression are very real when you wrap an acting job and have to basically start over again in finding work.

I’ve been fortunate in having an awesome support system when it comes to my “other jobs,” and I wouldn’t be where I am if it weren’t for them. I do everything from reception at a digital marketing agency, nanny, shoot/manage a vegan food company’s social media, assist a wedding planner, and am an LA rep for another vegan food company ALL while managing to make it to my auditions and stay on top of my craft. Nobody said it was easy, but this journey has been by far the hardest thing I’ve had to do.

I recently just wrapped my second lead role in a movie entitled “A Good Girl” that brings the message of Sex Trafficking to the forefront. It was a chance for me to not only grow in my acting but allow a very powerful message to come through the screen. I think that’s one of the most important things Hollywood sometimes misses.

I feel that Hollywood, in general, could do way more to help bring topics to light and educate society when they step into a theater to watch a movie. Of course, we want to be entertained and moved, but someone that sticks out to me who is also a huge inspiration is Lupita Nyong’o, especially her performance in 12 Years A Slave. I remember sitting in the movie theater with my mom just being in awe of her performance telling myself “wow I want to be like that.”

She captures these stories from the heart and soul and knows exactly who she is when it comes to her craft. Although my path may seem like it happened overnight, I will kindly remind you that it didn’t. A lot of blood, sweat, and tears led me to where I am, and I still have that feeling like I’m not good enough very often. We all have peaks and valleys, but it is how we deal with them that allows us to move forward.

I guess my one piece of advice for anyone that is trying to find there way whether in the entertainment industry or not would be to have the courage to stand up for their own beliefs, desires, and aspirations. It doesn’t matter what anyone else says… Believe in YOUrself. I know my journey is just beginning but what allows me to keep going is reflecting on where I’ve started and being proud of how far I’ve come.

We’d love to hear more about what you do.
I think what sets me apart from others is my motivation and determination for the kind of powerful messages I want to bring forth in my acting career.

I am not one for Hollywood life, and all the glitz and glam people see, but I want to mainly focus on telling other peoples stories while being true to me.

What is “success” or “successful” for you?
Success to me is waking up every day knowing I can work for what I love. I know that may seem easy, but I’ve had times more often than not where I just simply can’t get out of bed because I don’t want to face the reality of where I’m at.

I know many people go through this even if you’re not in the entertainment industry, but I would tell them to just forge ahead even in your worst times. Also, I feel like I’ve already been successful in some way.

For me, it’s not being defined by money or the things I have, but it’s simply being grateful for where I’m at and how I’m able to live my life. 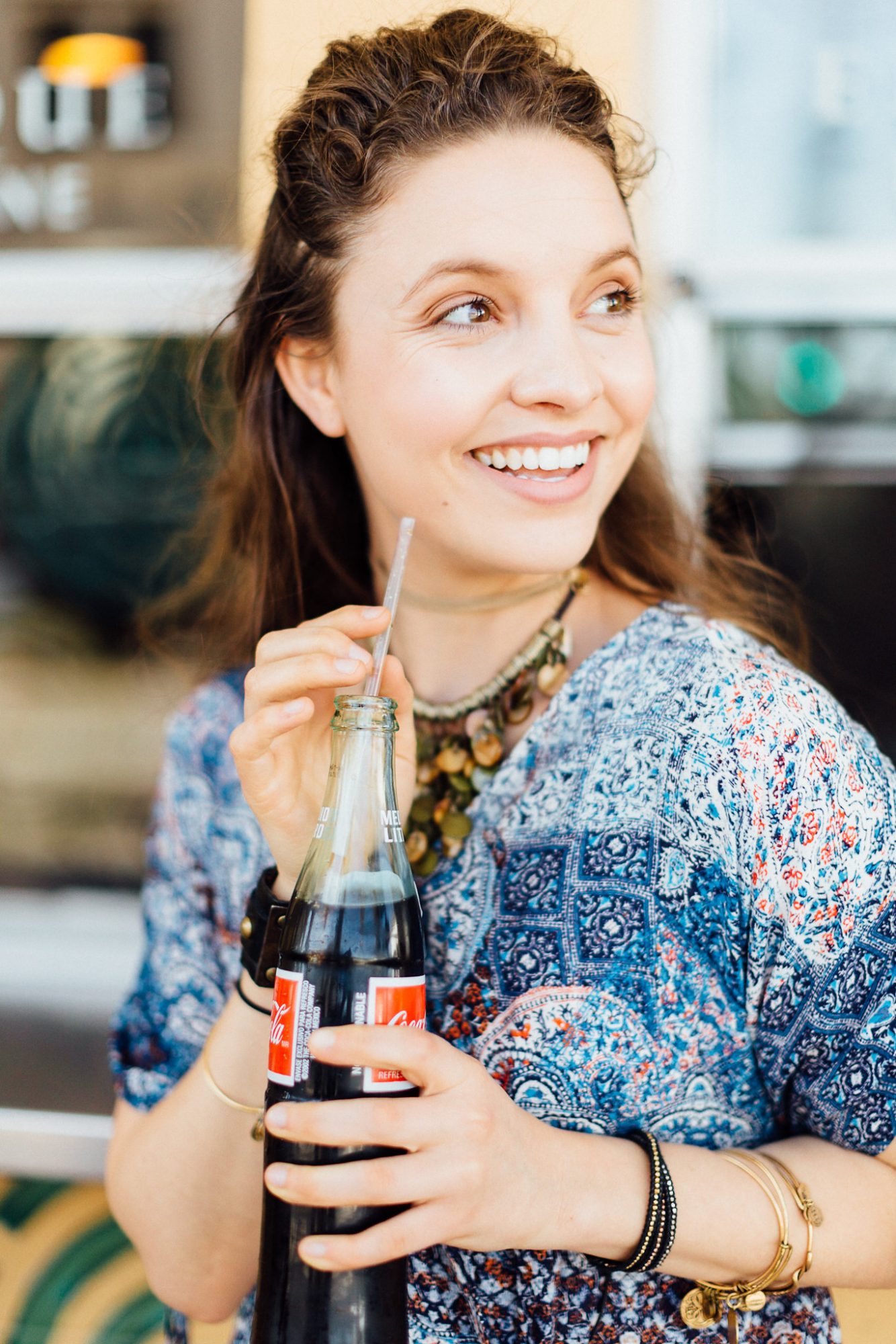 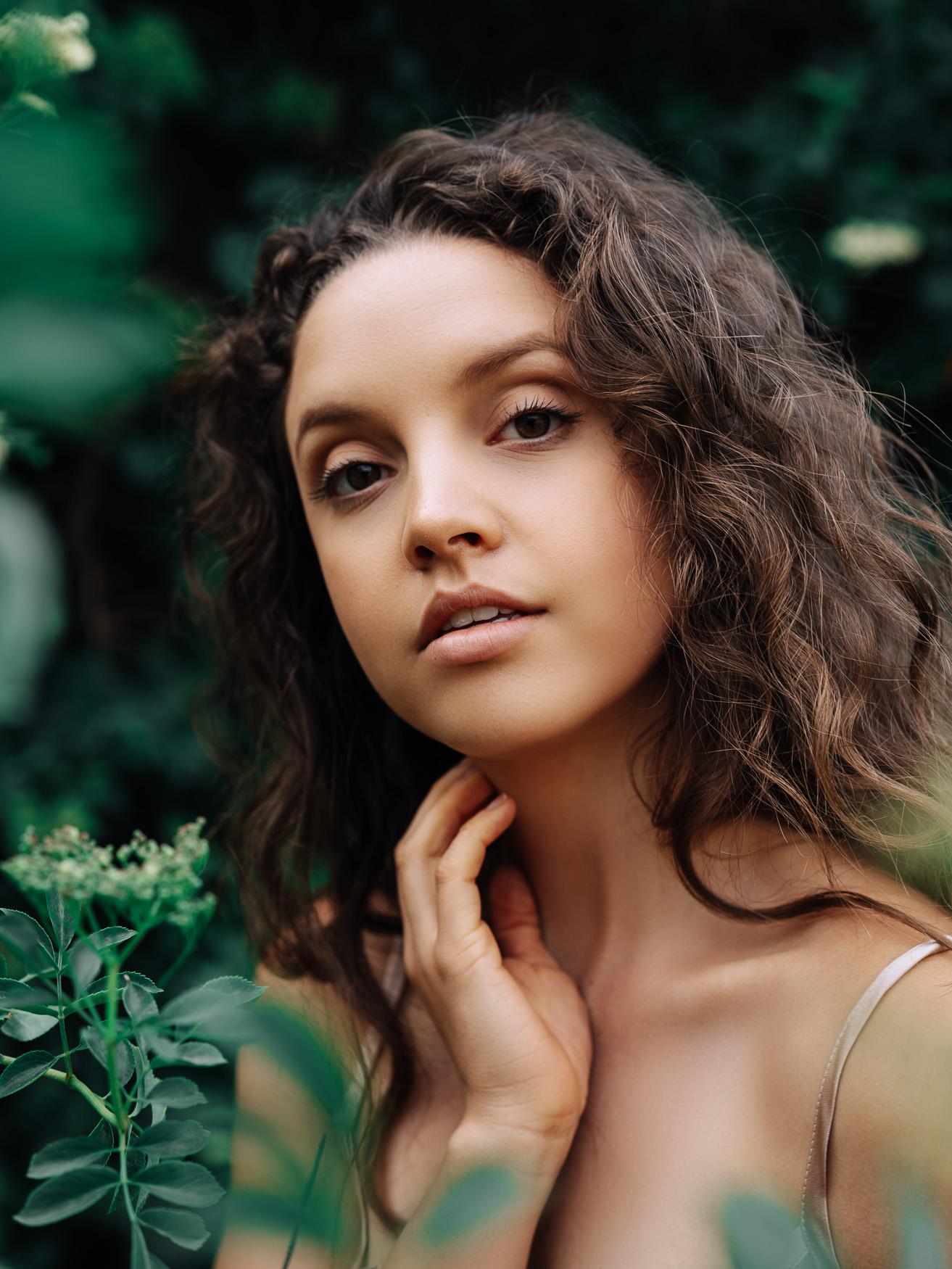 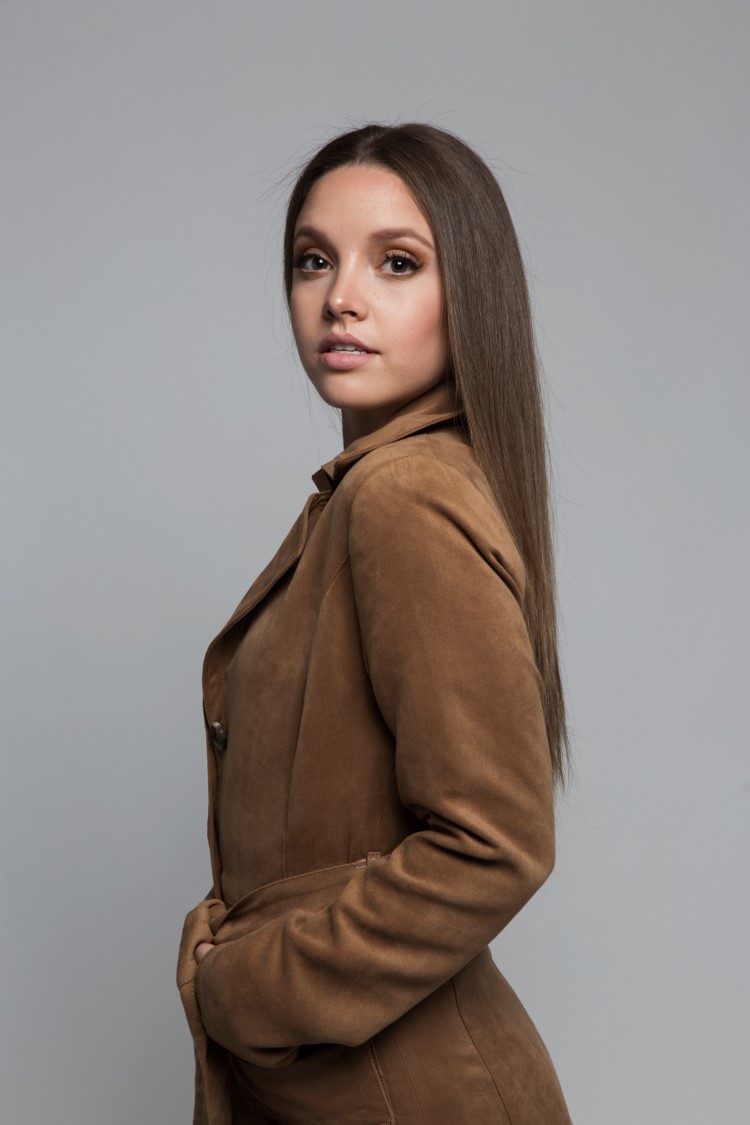 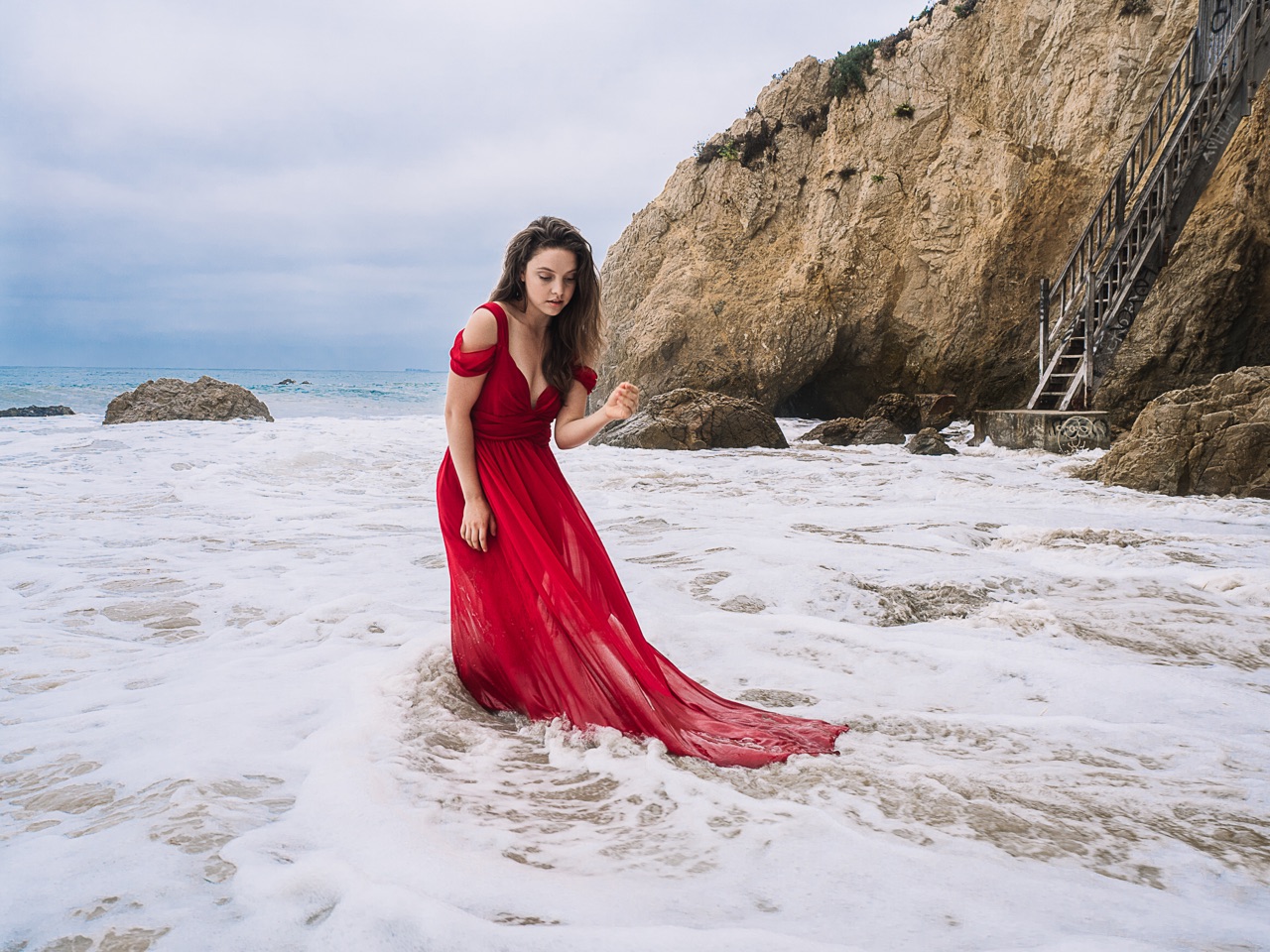 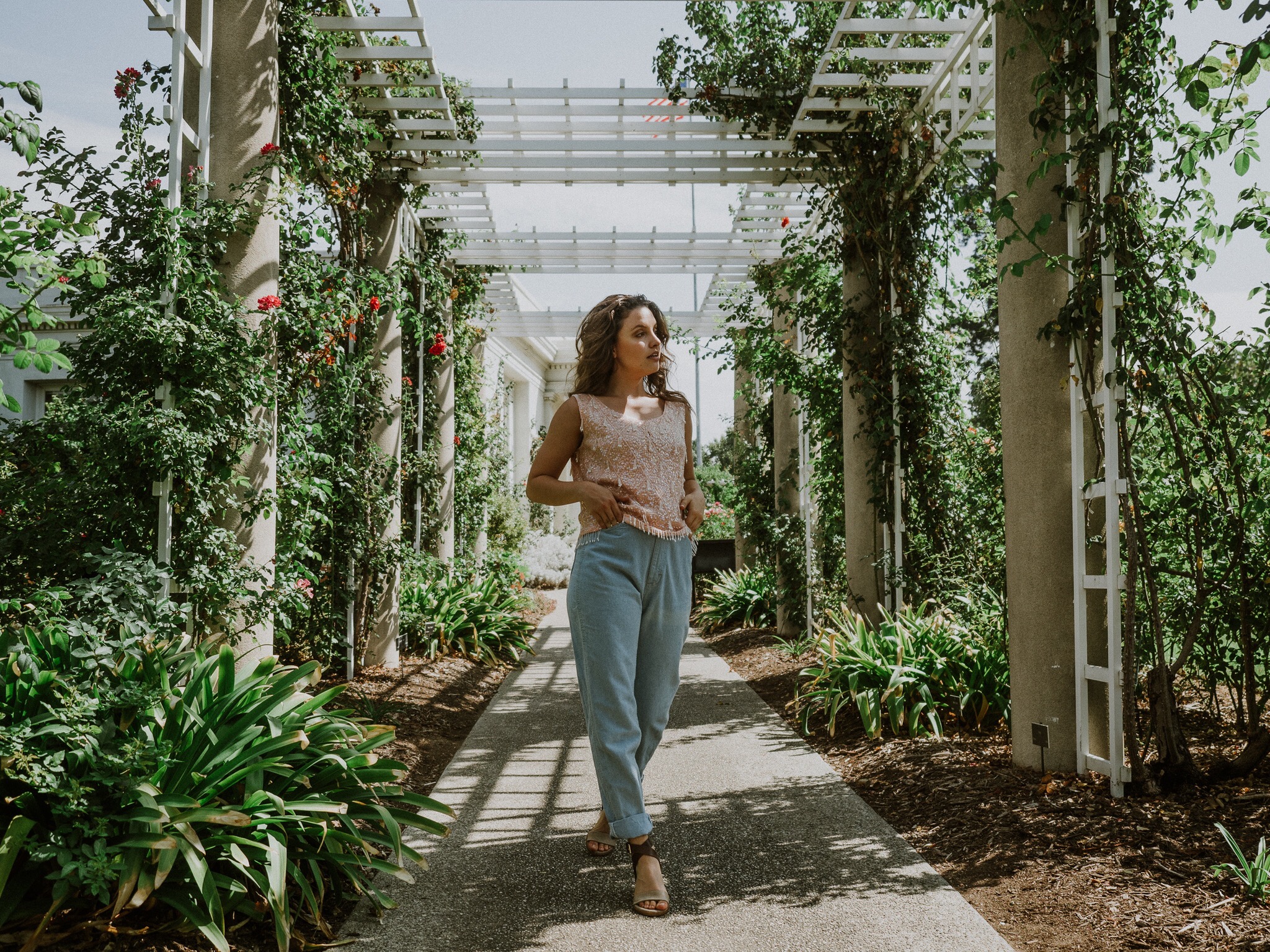 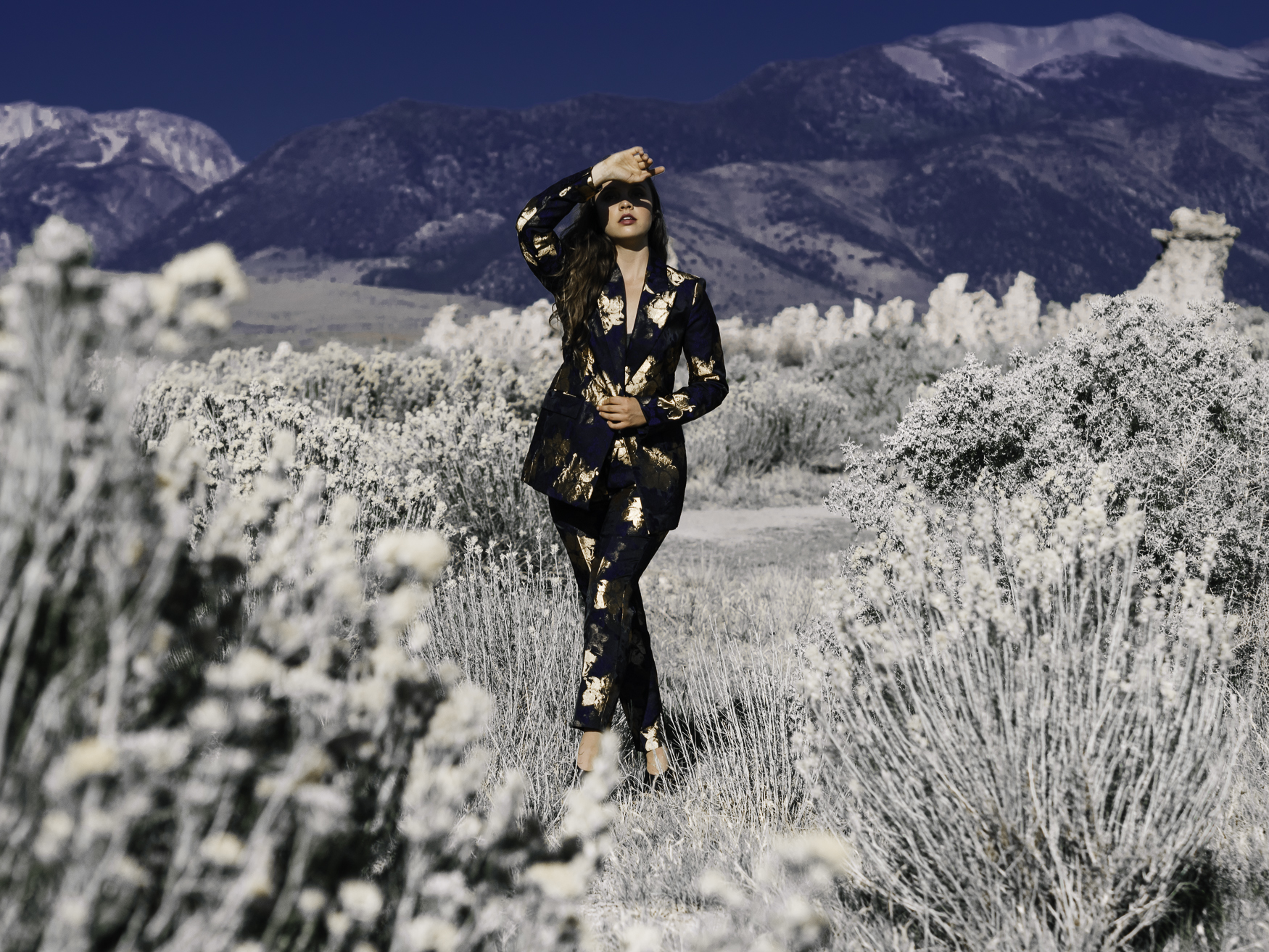 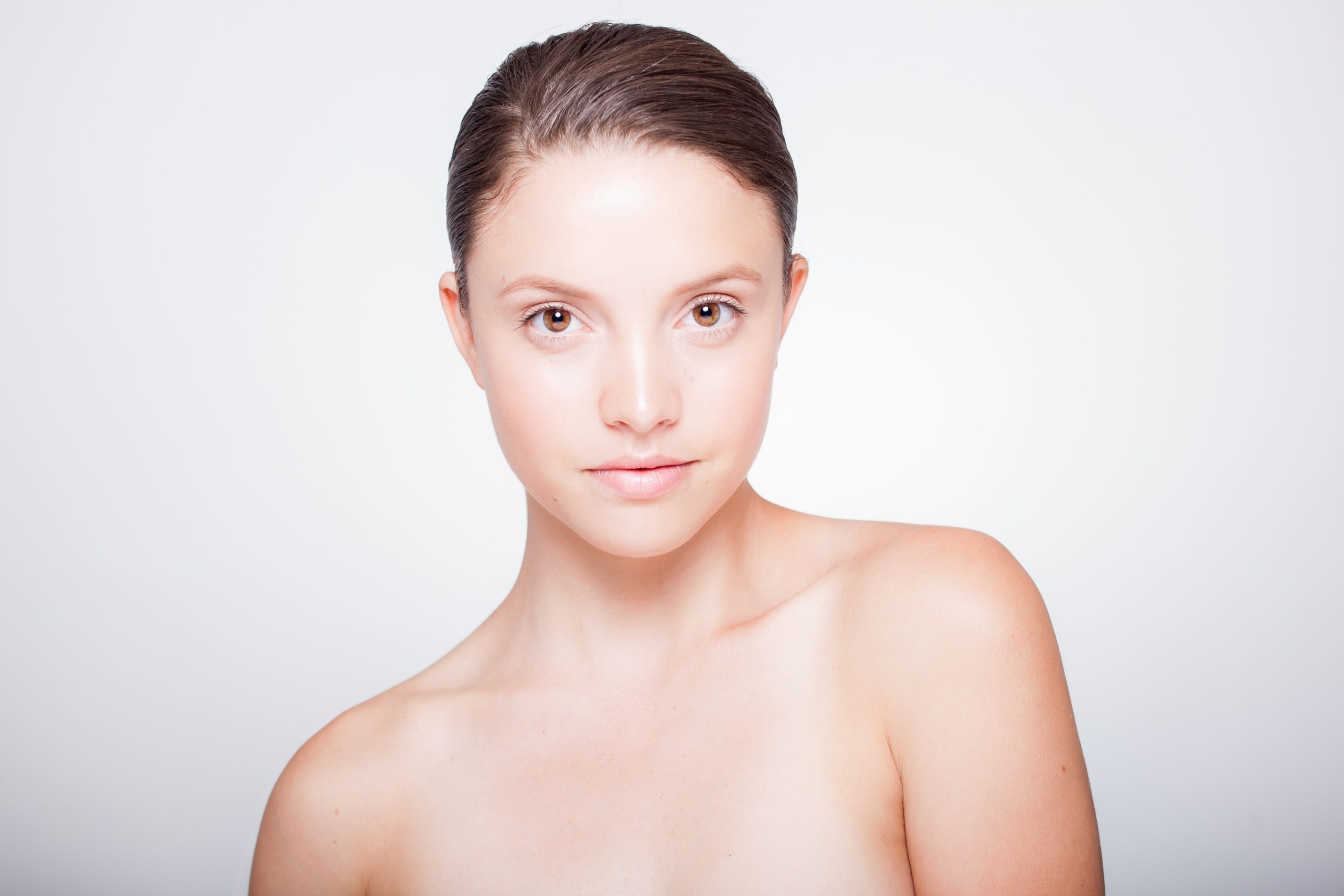