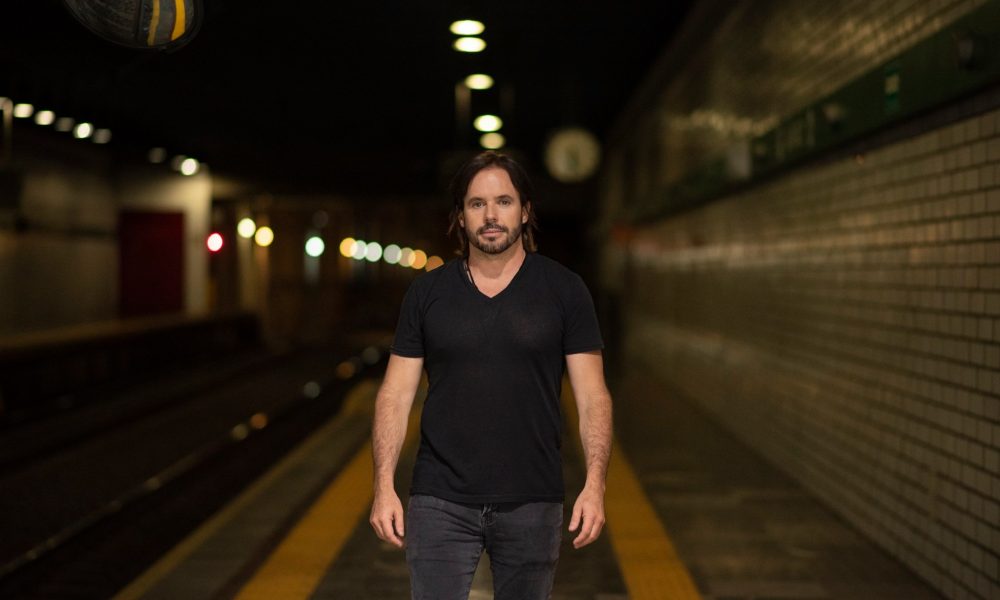 Today we’d like to introduce you to Fernando Lebrija.

Born in Guadalajara, Mexico, Fernando moved to Los Angeles where he did his MBA (Master’s Degree) at the American Film Institute, which is one of the most successful film programs in the World. He also took a Screenwriting postgraduate course at UCLA, a Summer Directing Course at USC, and then joined the Judith Weston workshops “Acting for Directors”.

Fernando has worked in the Film and TV business for more than 18 years producing/directing more than 30 different TV Shows for companies like MTV, Televisa Mexico, and Fox Sports. He directed many Music Videos and commercials as well.

In the feature film world AMAR A MORIR (Love till death), his feature film Directorial debut in 2009. The movie was screened at numerous festivals around the world. In 2010 he received various nominations and awards such as LAS DIOSAS DE PLATA (Mexican Golden Globes) where he won the Best New Director in addition to 7 nominations including Best Director. The film received others nominations in the CANACINE Awards (Industry awards) for Best Feature Film and Best Director among others. Fernando was also nominated for Best Director in the IMAGEN FOUNDATION AWARDS who recognizes the most respected Latin talent in the US. The movie was very successful in Mexico and has been having great sales all around the world. A great directorial debut.

His third film as a director is a Netflix Original movie called #REALITYHIGH, which had its worldwide premiere in Sep 2017 on Netflix and still doing amazingly well. It has exceeded Netflix’ expectations on a worldwide basis and on all metrics – overall a big win. #RH is a Teen romantic comedy a la John Hughes, with actors like Kate Walsh, Keith Powers, Nesta Cooper, Alicia Sanz, Anne Winters, John Michael Higgins, Michael Provost and more. The Executive Producer the sequel of the box office hit movie NO MANCHES FRIDA 2 for Pantelion films, the movie is breaking box office records in the Spanish world, it made US10MM USD in the box office in the US only.

Fernando most recent work was as the main Director & Executive producer for the HIT- Series called “EL JUEGO DE LAS LLAVES (The key game), a sexy dramedy about swingers, starring Latin stars such as Maite Perroni, Sebastian Zurita, Mari Mar Vega, Humberto Busto among others. The series is an Amazon Prime original in partnership with the streaming Pantaya (Pantelion/Lionsgate) released worldwide the past August 2019. Now a 2nd and 3rd season are green-lighted and on the works as we speak.

We’re always bombarded by how great it is to pursue your passion, etc – but we’ve spoken with enough people to know that it’s not always easy. Overall, would you say things have been easy for you?
I think there’s never a smooth road in any career, but in this one, being an entrepreneur filmmaker is the less smooth road than any other one out there. Many struggles, where do I start, let’s see:

– Taking the risk leaving everything behind to move to LA from Mexico. Change of community, from a steady job, lifestyle, different language, the insane competition and loneliness of Los Angeles.

– My father died after three year of me living in Los Angeles. That was tough.

– Working as anything you could to make the rent in LAS, like a Host, bartender, etc.

– Been Latin in Hollywood also it hasn’t been easy, less opportunities of getting the good projects. They think the Latin filmmakers can just direct or produce Latin stories and they’re completely wrong, we are storytellers.

But the obstacles and to have the balls to overcome them is what makes you stronger, bolder, happier, a better person, therefor a better filmmaker, I hope.

We’d love to hear more about your business.
IRREVERSIBLE PICTURES

We are an Audiovisual Production company specialized in feature films and TV series.

We offer Production services and other services with our sister companies for any type or level of production in Mexico and USA. We are based in Mexico City, Guadalajara and Los Angeles.

We have more than ten years of professional experience. We have produce films and series in English and Spanish for companies such as: Netflix U.S., Amazon Prime, Pantelion (Lionsgate), Pantaya, Videocine (Televisa Films), Corazon Films, Gussi Artecinema among others.

With our sister company CIELO CONTENT we develop our own content, we create scripts from original ideas. We also acquire script rights or books that have the potential to be brought to the big screen. We believe that only with great content can there be a great product.

Our goal is to collaborate and provide advice to obtain the best result of any production we do or advise.

We are known for the feature films we have done before AMAR A MORIR (Love till death), NO MANCHES FRIDA 2 the second biggest box office film in Spanish around the world. And the latest series we did EL JUEGO DE LAS LLAVES (The Key game), which after season one, Amazon prime green lighted season 2 and season 3 together back to back.

Our key stings from others, I think is we’re a bicultural company and bicultural filmmakers, one of our key elements is to do or create global stories in Spanish and English.

What were you like growing up?
I was a very hyperactive, rebel, but creative, bold and full of adrenaline kid growing up. Fearless but shy. Didn’t had the best relationship with my father because I was difficult to manage, he even sent me to a military school in Virginia when I was 13, as punishment, to learn to behave and follow the rules. But when it came to go to the movies or watch a TV movie at home, we became best friends my father and I. He was a cinephile and I was his best partner. I liked to watch every type of movie, from Lawrence of Arabia, to the Warriors, to Flash Gordon to the Good the bad and the Ugly to Close Encounters of the third kind.

I grew up in a conservative catholic family, from what used to be the small but beautiful city of Guadalajara Mexico. I have huge families from my mother side and my father side as well, I have too many cousins that made my childhood much more fun and always surrounded by family, cousins and love. A was a very lucky kid in that matter.

Person wise I always been restless, a risk-taker, a romantic in all aspects. Ambitious, hard worker, and always positive to reach the sky. Romantic although I’m still single. Los Angeles is the worst city I ever lived in terms of finding the right girl, even if as a great city has many other benefits, quality of life, great culture, competition, opportunities, but is terrible in finding love and in romance matters.

One of my greatest things I love to do is travel the world whenever I can jump on a plane and go. Been in the five continents, hundreds of cities and countries around the world. From Varanasi India to Yangon Myanmar, from Rio de Janeiro Brazil to Zambia south Africa, from Fez in Morocco to Dubrovnik Croatia, from Jerusalem Israel to Petra Jordan, and so on. Travel for me is the food of the soul. To go somewhere you never been I think is something that everybody should do at list twice a year. 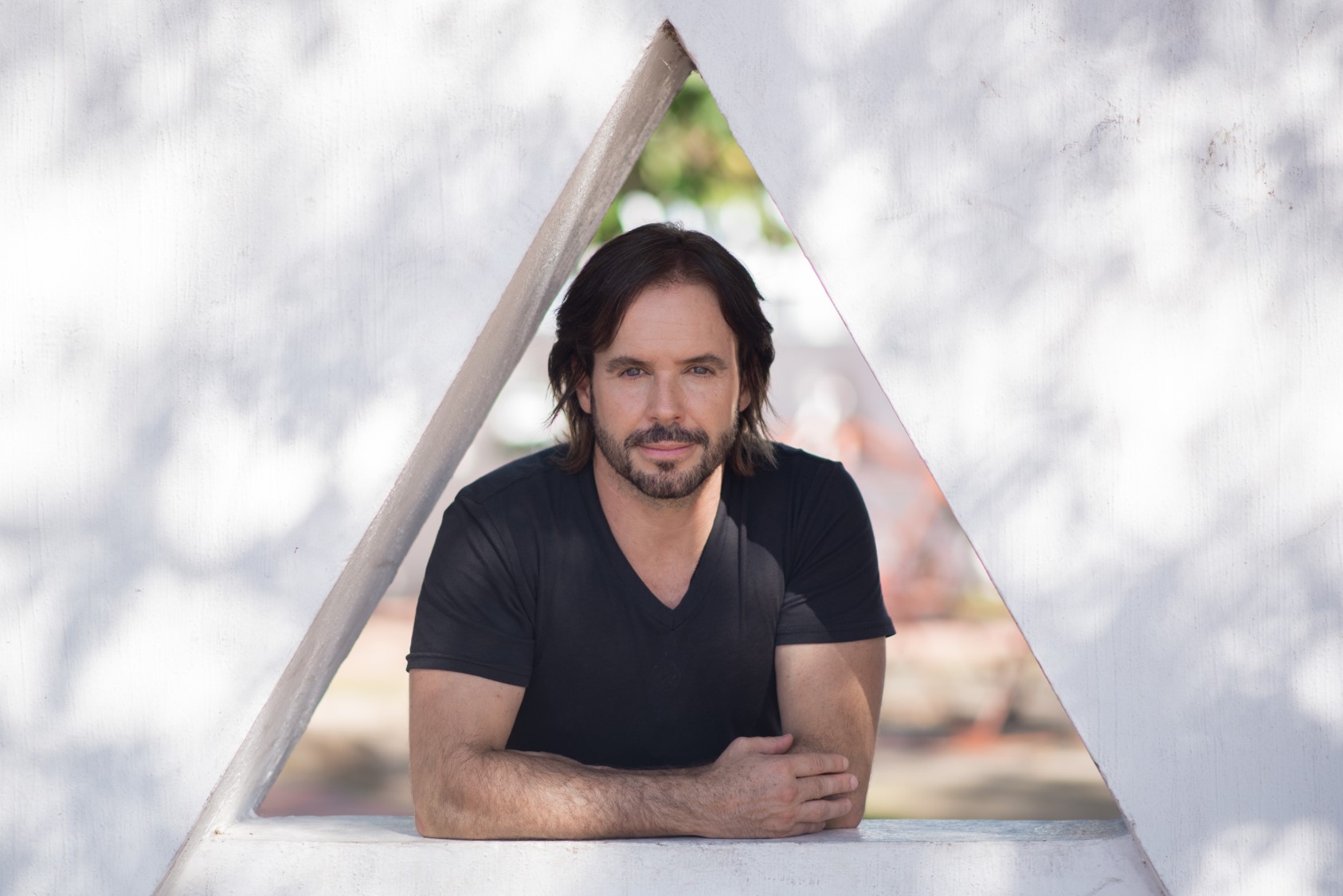 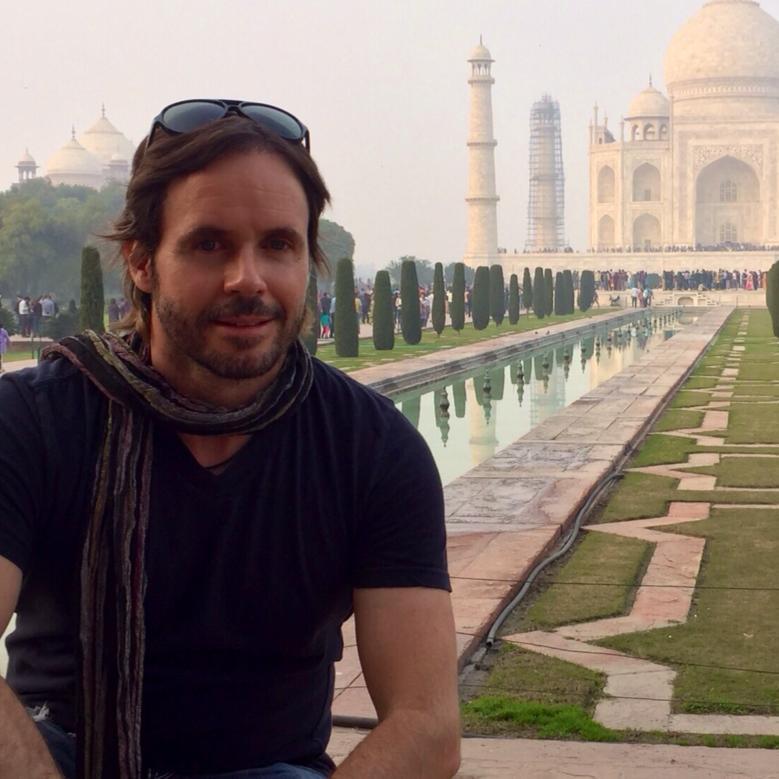 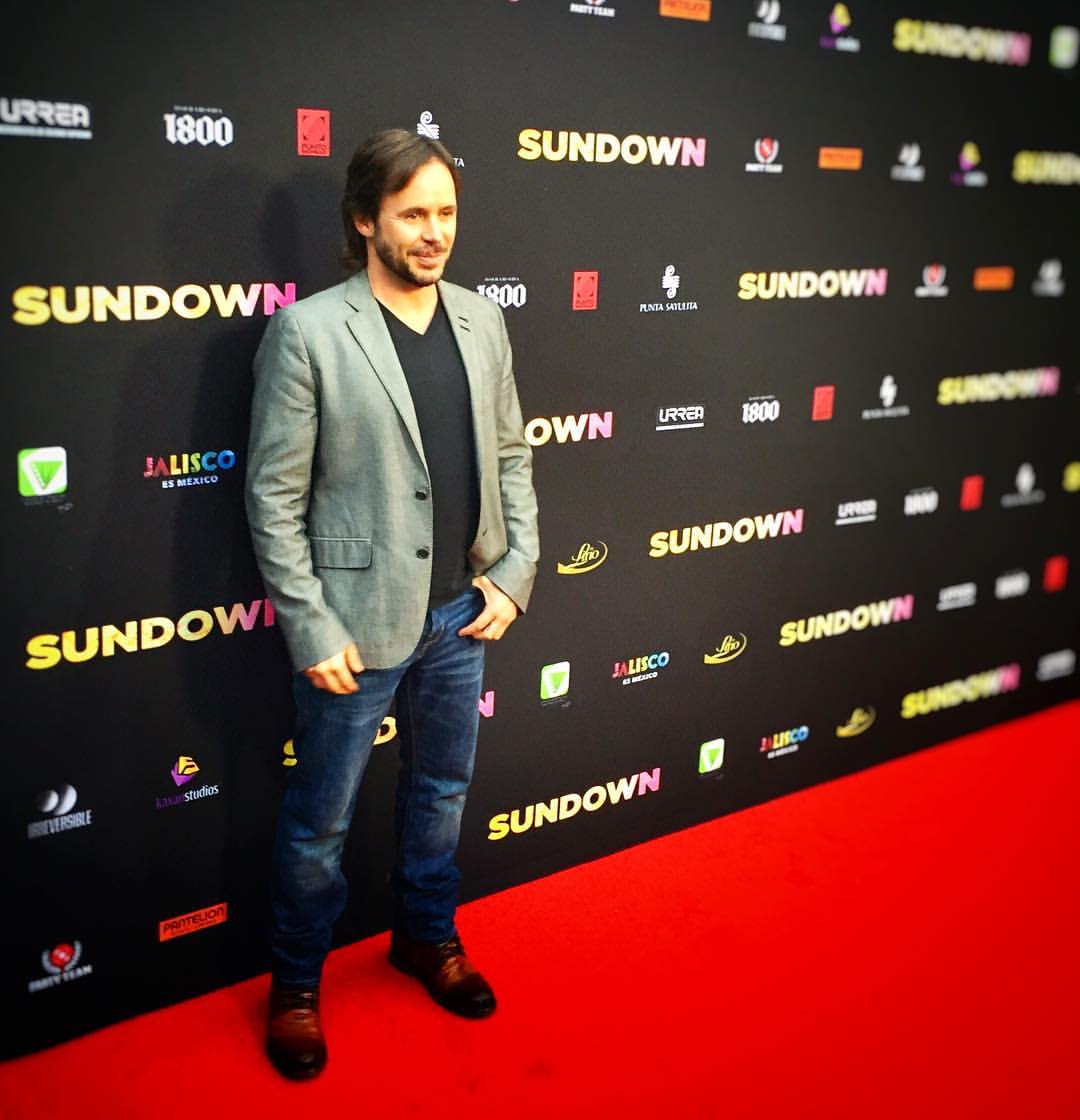 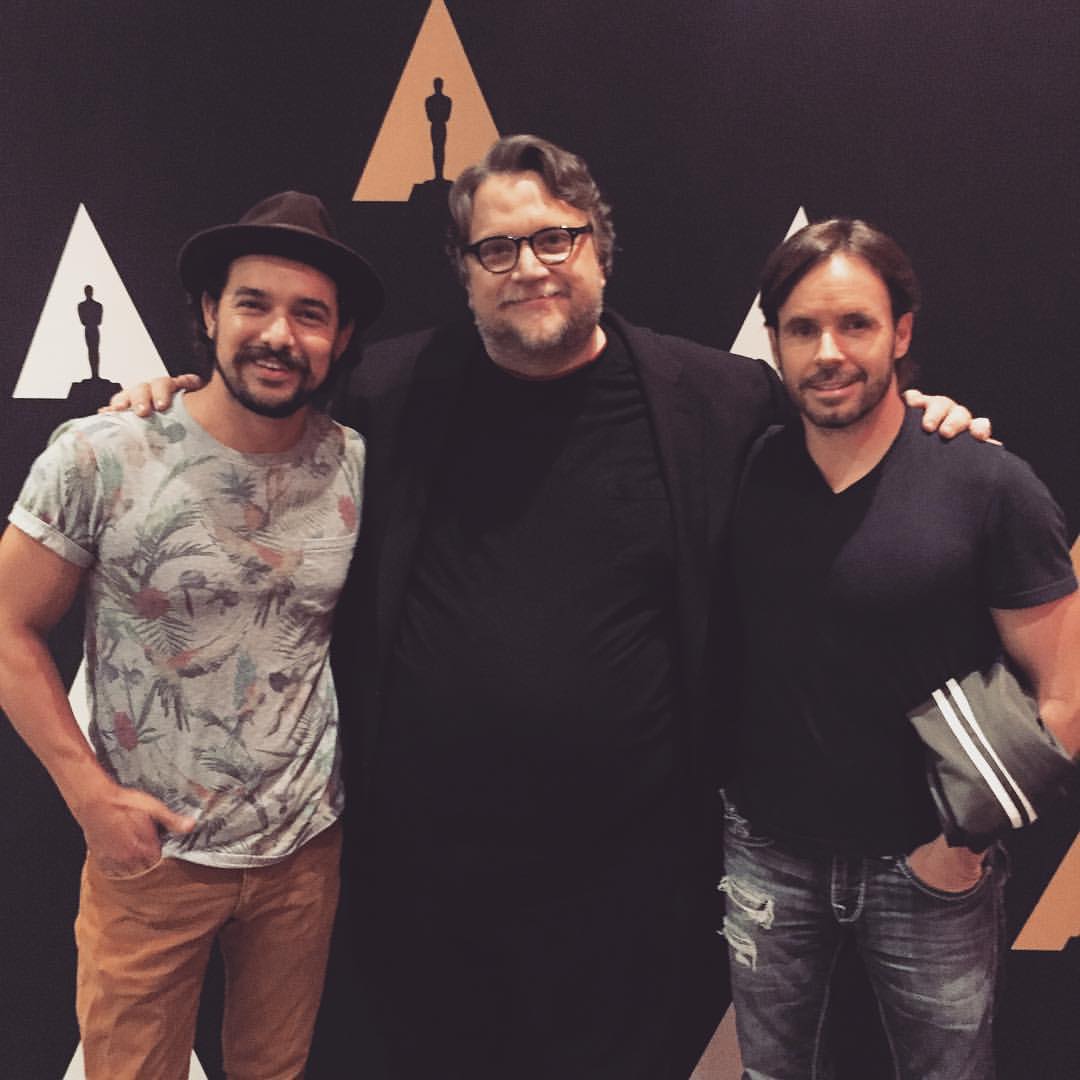 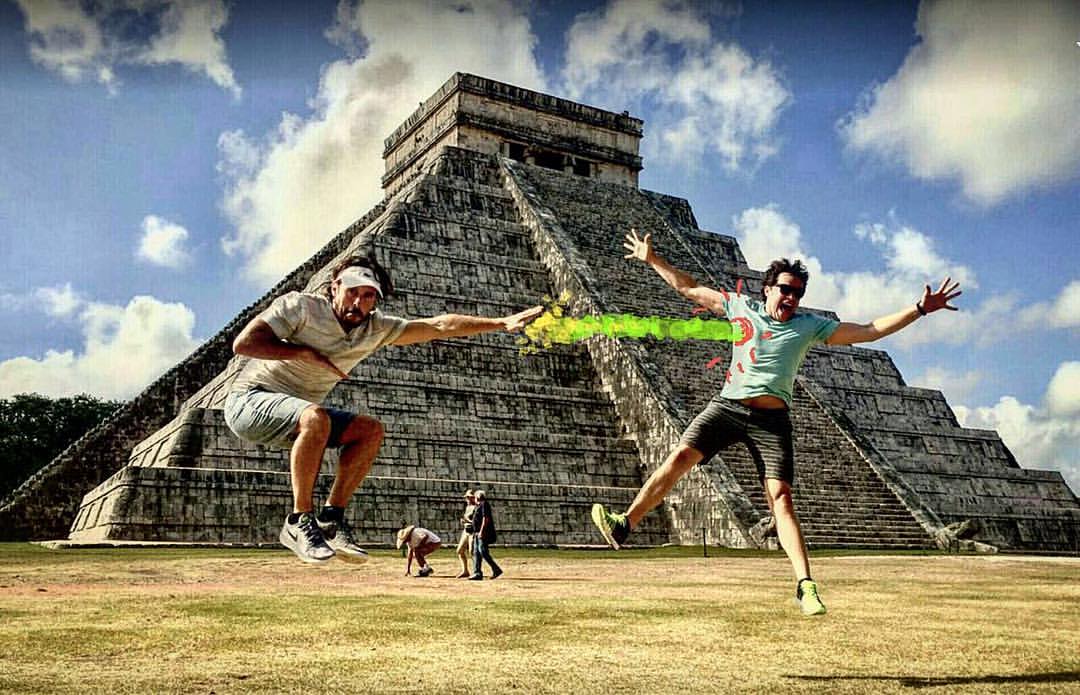 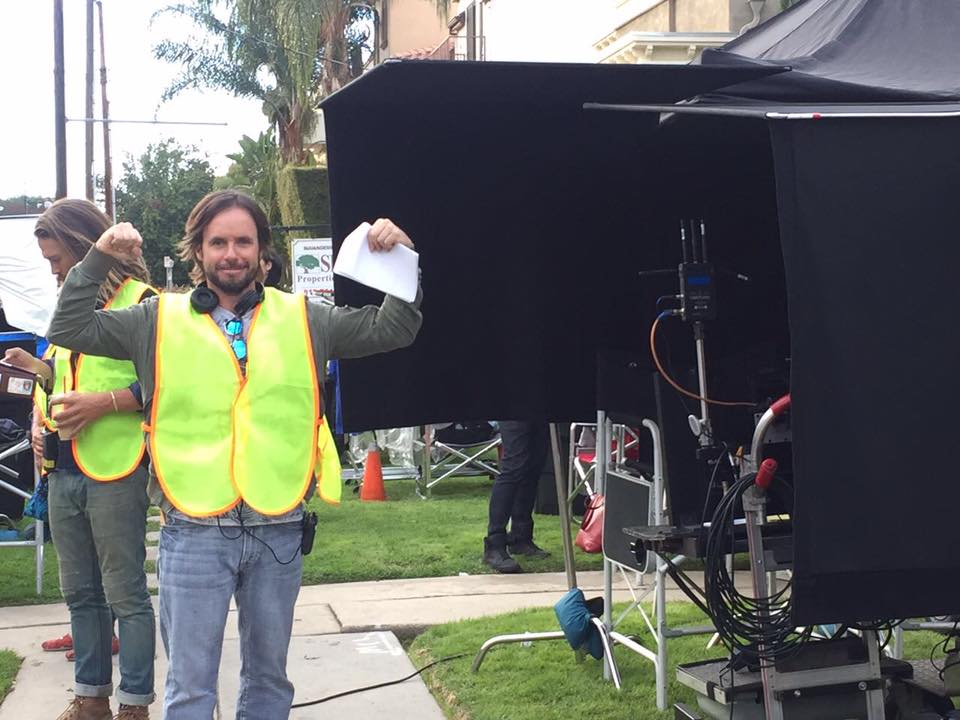 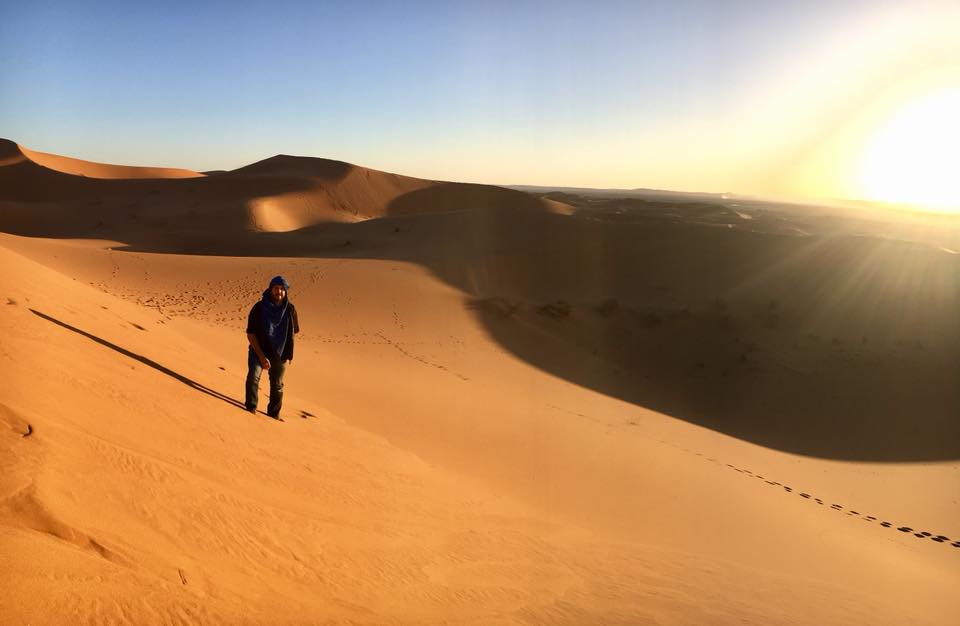 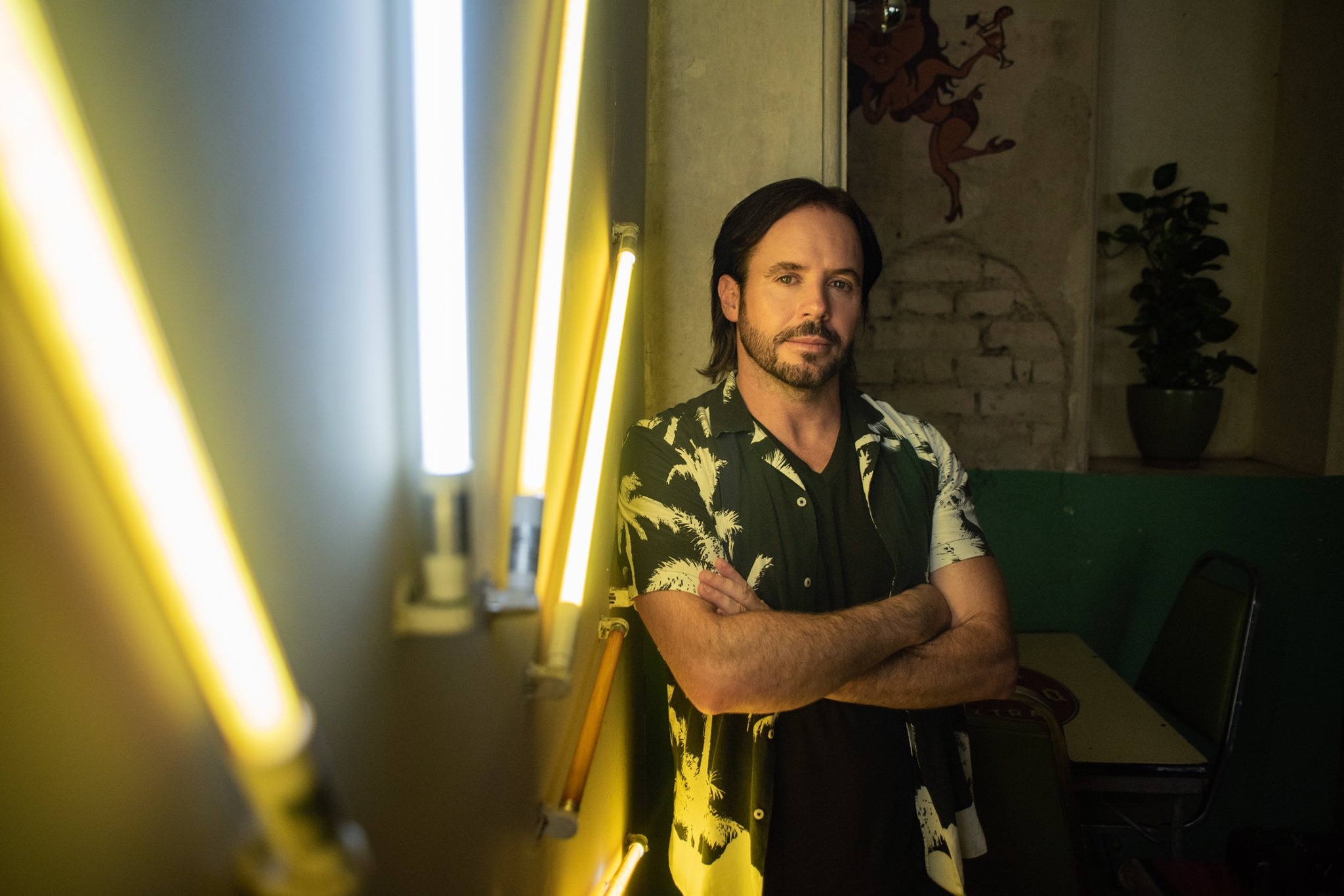 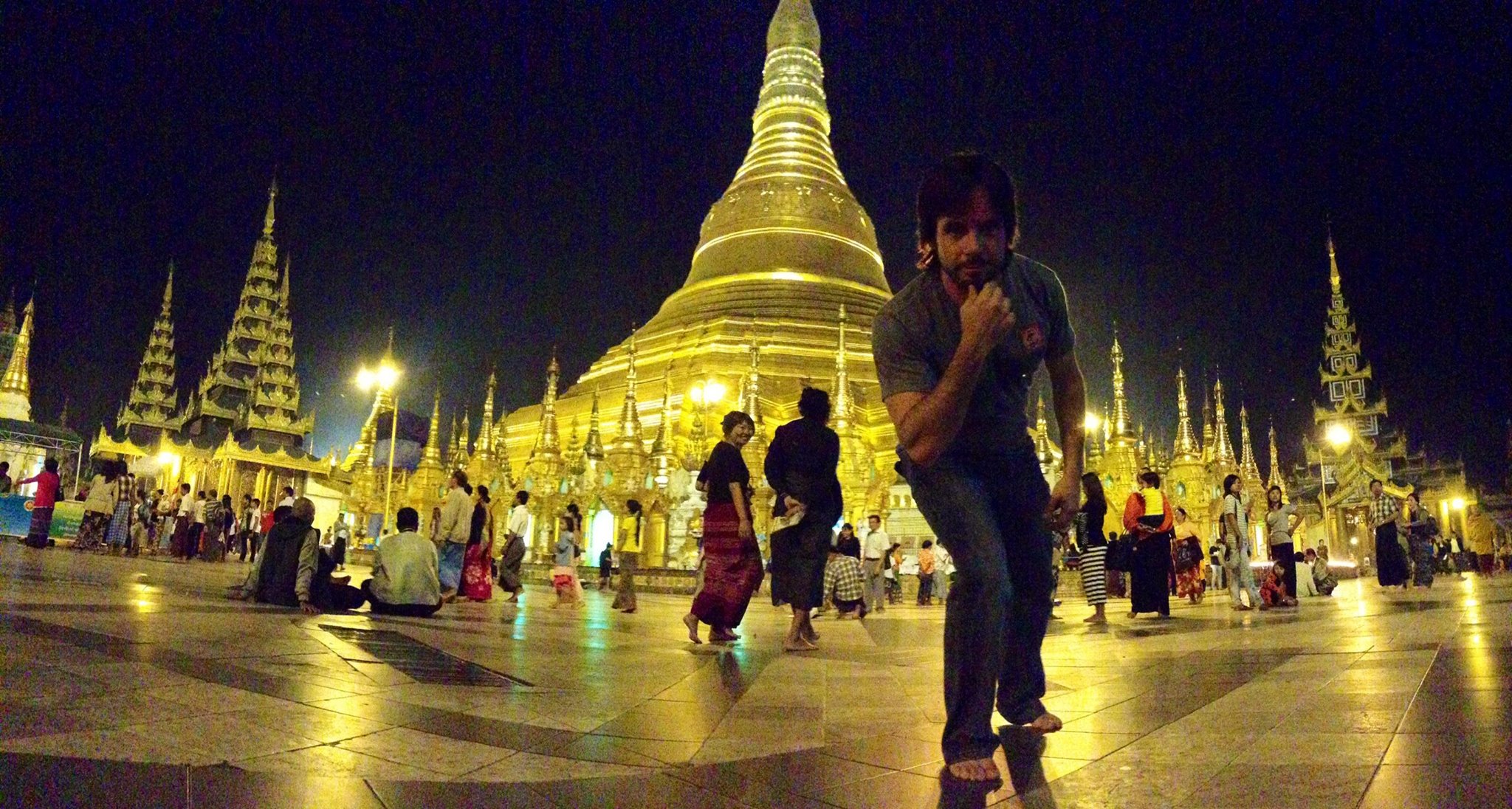 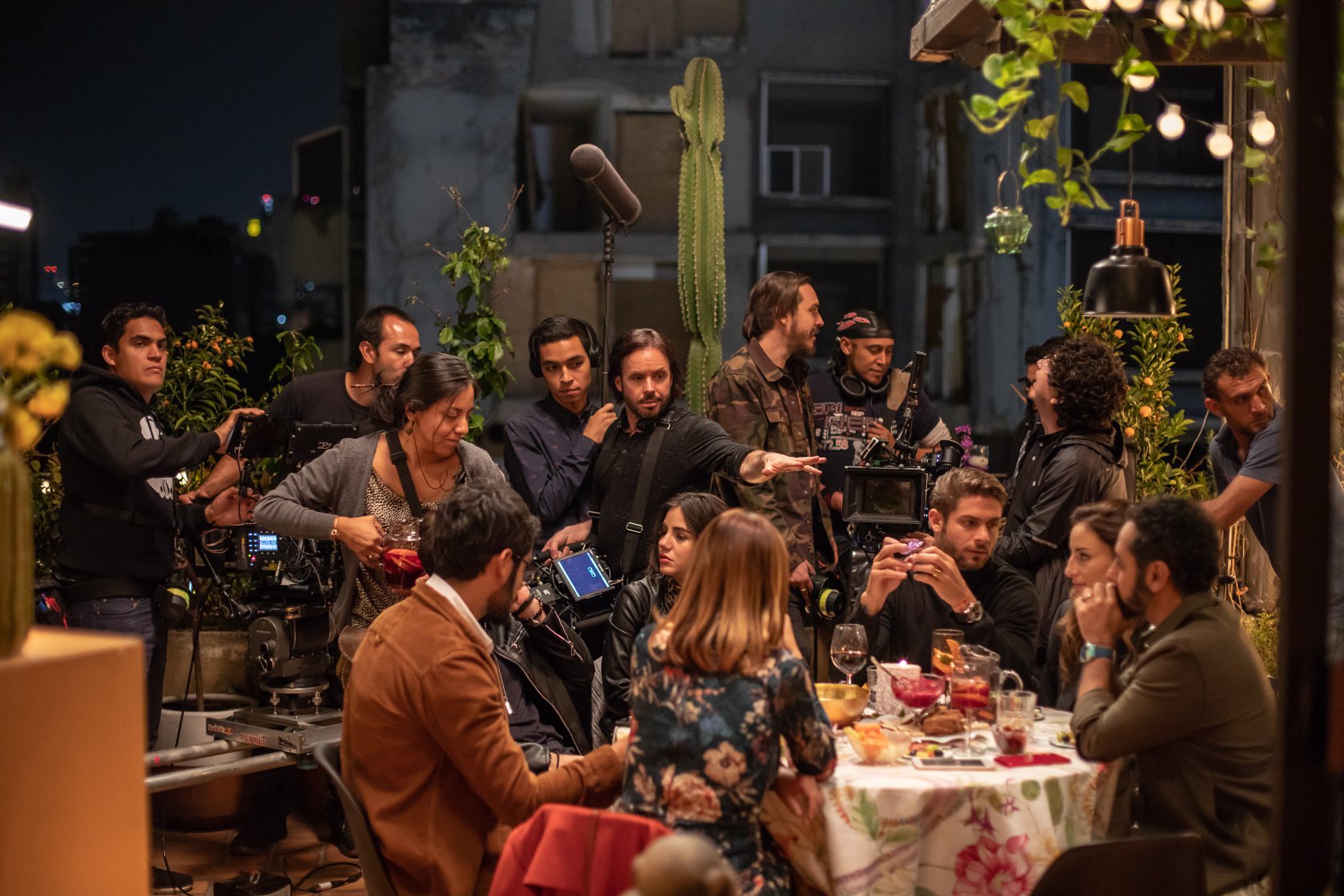 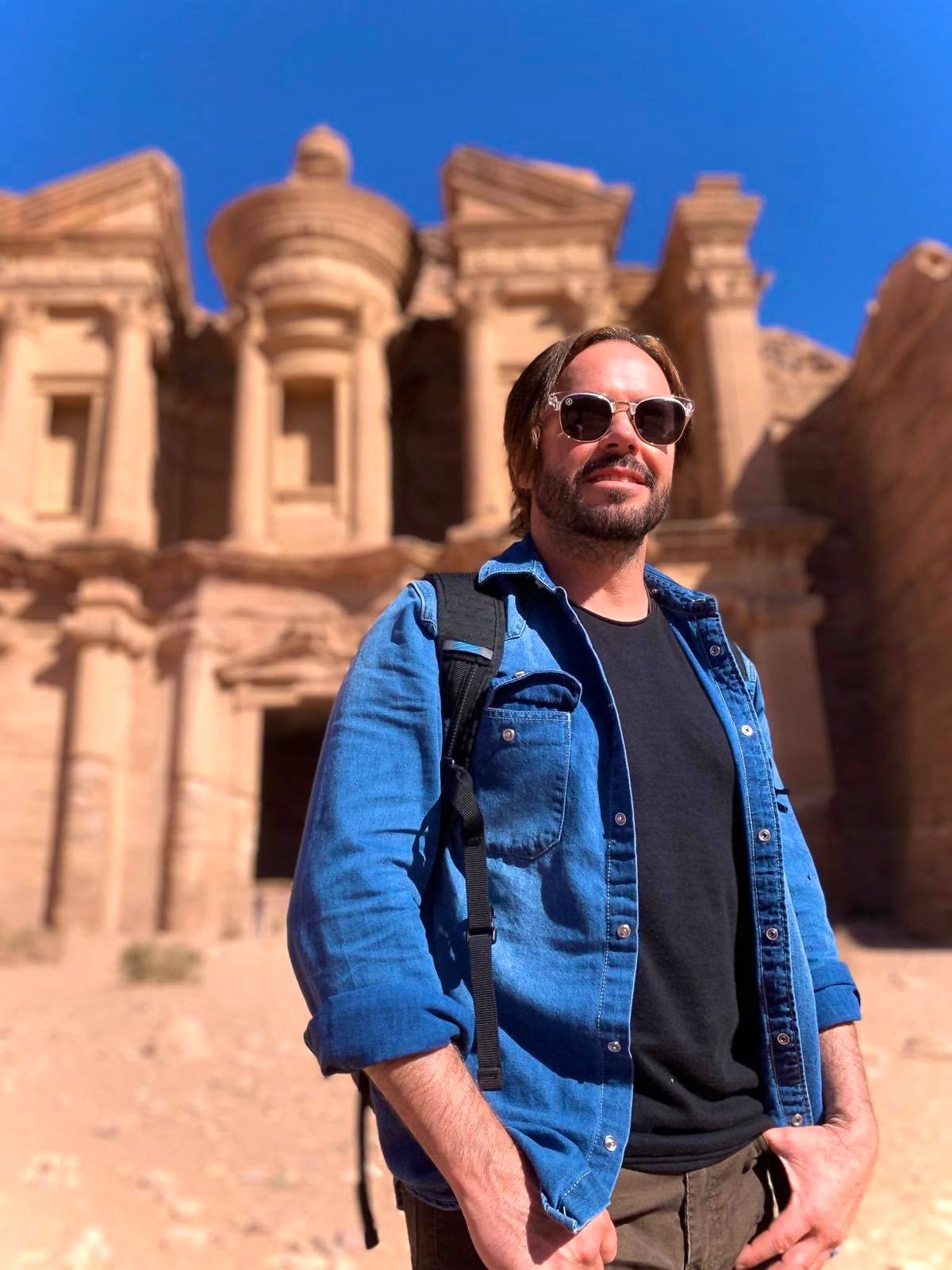 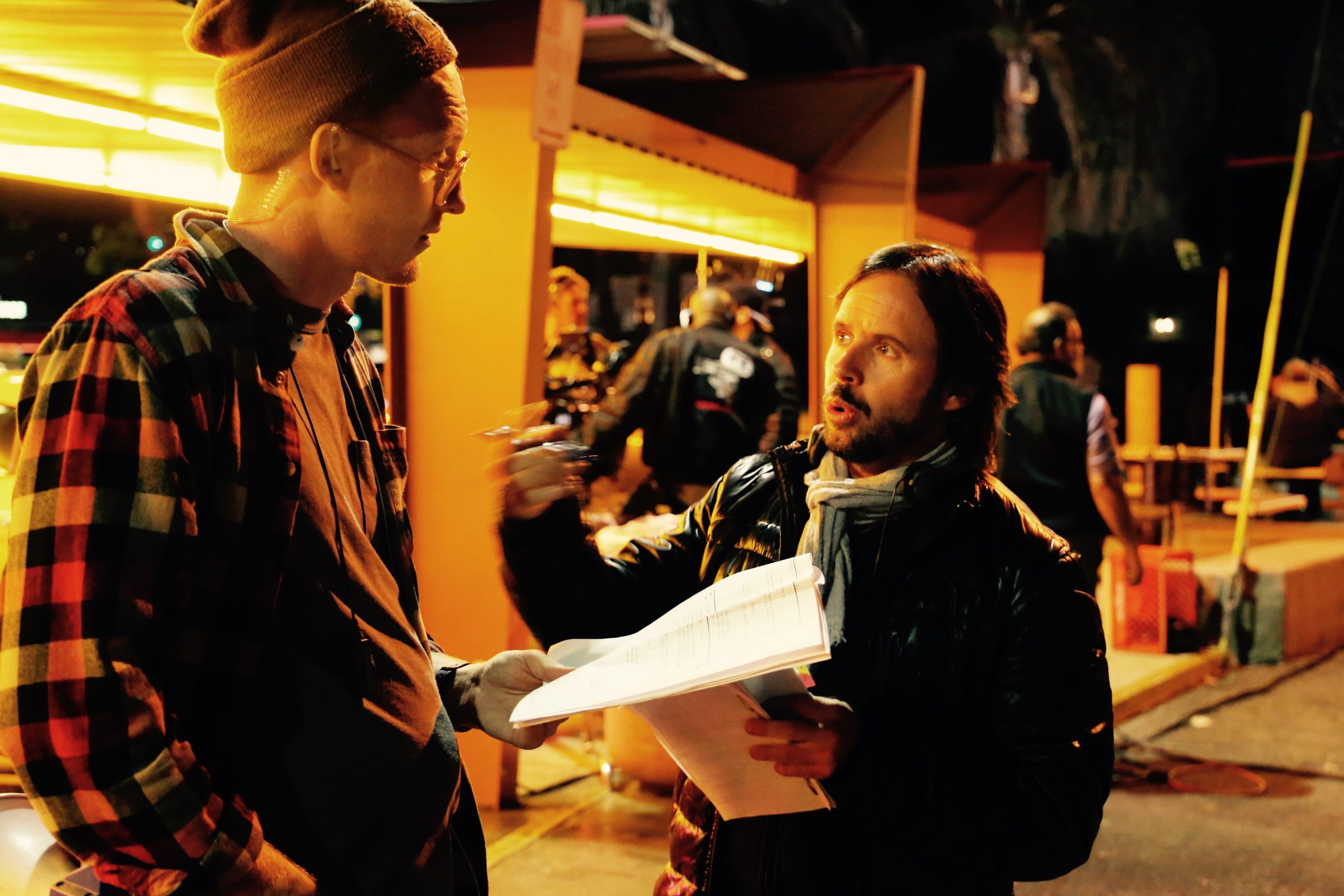 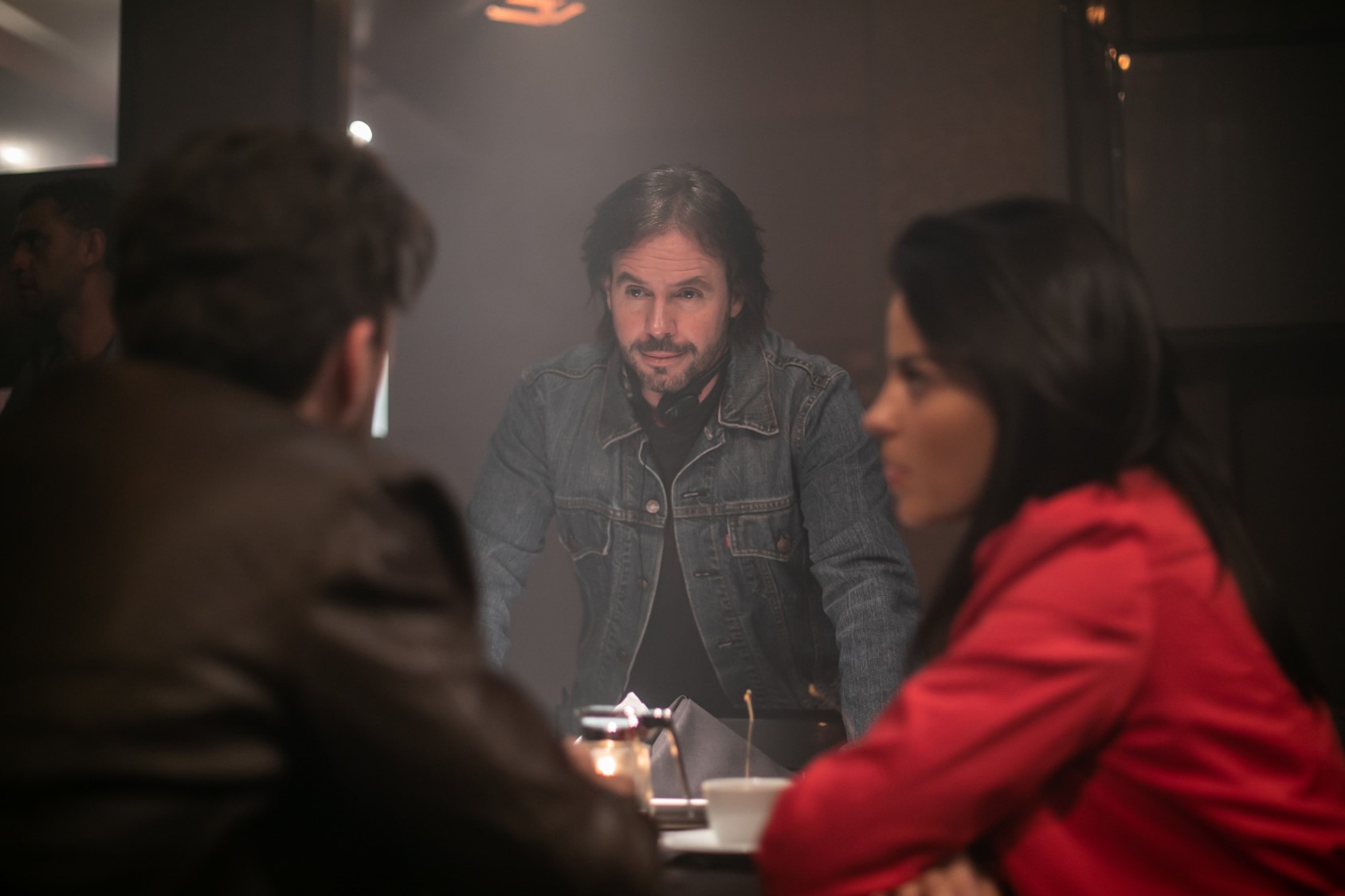 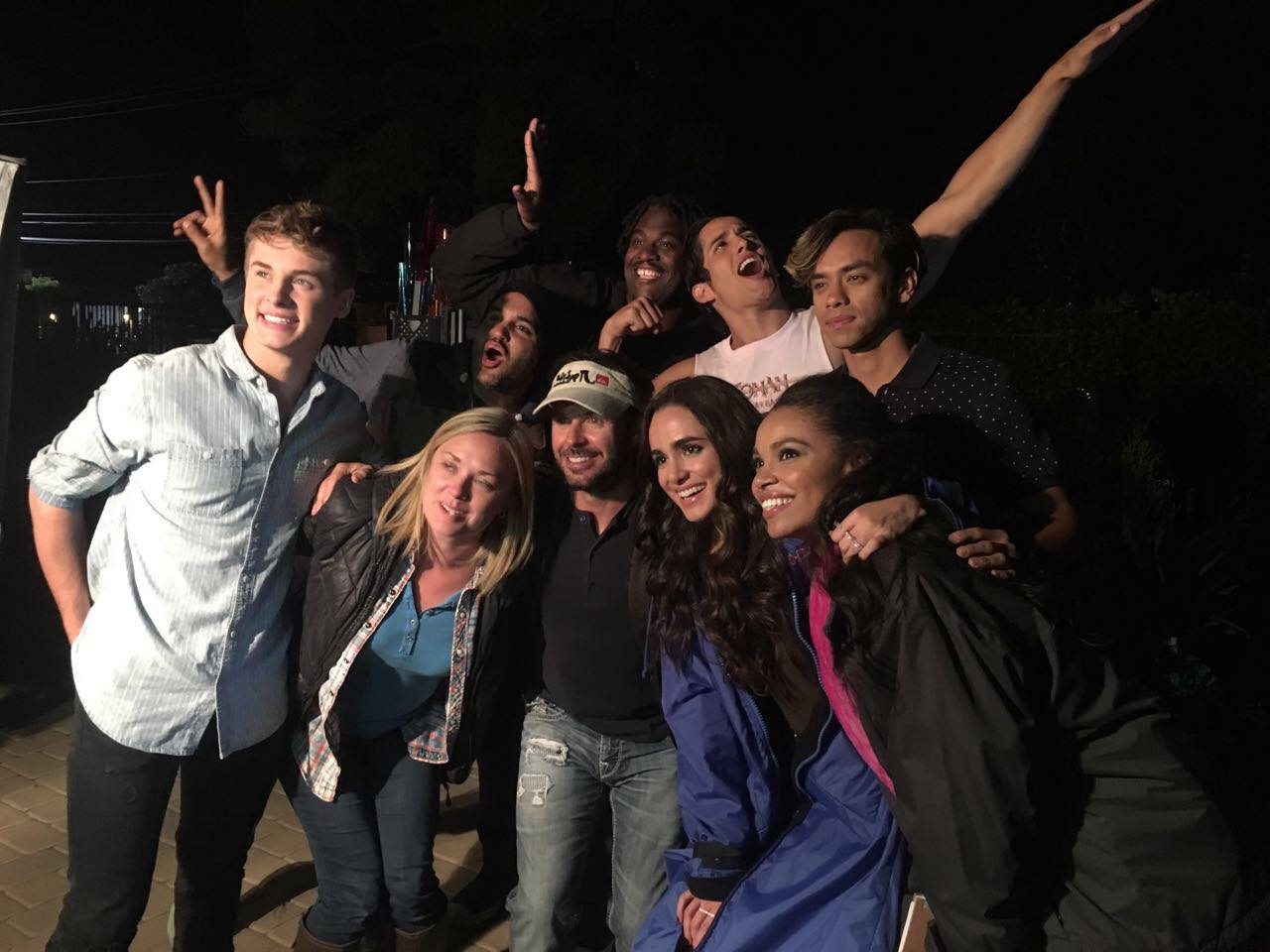 Image Credit:
All images are property of Irreversible Pictures