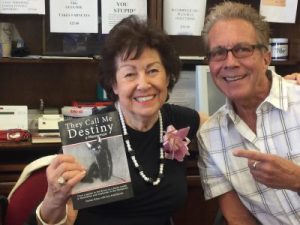 Today we’d like to introduce you to Fern Field Brooks.

Thanks for sharing your story with us Fern. So, let’s start at the beginning and we can move on from there.
Today I’m an octogenarian who just won’t quit.

People are surprised these days when I complain there aren’t enough hours in the day to do everything I need to do when many of my friends don’t want to get out of bed because they’re not sure what they have to do that day. So – what does an award-winning TV/Film producer – sometimes director and/or author – do when she “retires” from the “biz” – she starts a publishing company! I just started a blog titled “Piano Lessons, Pilates and Publishing” to go along with one I’ve been toying with for a couple of years titled “Musings of a Geriatric Beatnik” which is what happens when a 20th-century person has to survive in a 21st Century world.

I finally admitted not long ago that I am a workaholic which is funny since I’m a product of the 50’s – meaning I was basically raised to be married and have children. When I told my mother I wanted to be a singer she said: “You’ll sing for your husband and your children”. So opera singing was the first career I gave up. The funny thing is – my whole life happened by accident and I was already a producer, with an Oscar nomination and an EMMY before I realized it might be a career. Until then – and even afterwards – I was just doing “a job” – and whatever I was doing I was 1,000 % committed and always did the best I could be doing. I learned my work ethic from my refugee parents along with the edict that “not making it is not an option.”

And since my first job in television was as assistant to the Exec Producer of MAUDE in Norman Lear’s company I learned “It’s never ‘good enough’!” The job on MAUDE came by accident because a friend of mine was at a Memorial Day party and met a young woman who was leaving her job as assistant to the Executive Producer of MAUDE and looking for a replacement to take over. My friend called me from the party saying “I found a job for you” and the following week I was interviewed and hired and that’s how I began my so-called “career.”

The next season my boss was in charge of 3 shows and suddenly I had an assistant and was managing 3 staffs. It was lucky that as a kid in grammar school I had started helping my parents in their business, taught myself to type and knew how to handle phone calls.

Just before we went on hiatus that season we produced an episode on the series where Maude goes to a college reunion and is shocked to see that her best friend and roommate (played by Nanette Fabray) has had a stroke so she’s in a wheelchair and talks funny out of the side of her mouth in a one-sided paralyzed face.

That episode made such an impact that Norman and Rod discussed the possibility of doing a series about disabled people on an assembly line – which I thought was the worst idea I had heard since going to work for the company, But to make this story short, Rod asked me to find him an assembly line with disabled workers. The series idea never materialized but in doing the research I was put in touch with a Committee that was looking to do a short “tape” project to take when they called on employers to encourage them to “hire the handicapped” as we used to say back in the late 70’s.

By this time I was on summer hiatus so I had some time off and while the whole world of tape and TV were new to me – my ex-husband had been an Oscar-winning filmmaker of industrial films and documentaries so I understood that world well and I told the group what they needed was not a “tape” – but rather a 16mm film . “We’ll get a friend of mine who is an amputee with an artificial leg to play tennis with Norman Lear, we’ll get John Denver to do the music, and we’ll go for an Academy Award said I knowing they would never get the money to make this film. P.S. – this was “show biz” – the lights sparked in their eyes, their enthusiasm was boundless and eventually they got the money.

“A DIFFERENT APPROACH” – a comedy musical designed to encourage the employment of people with disabilities became one of those charmed projects where everything goes right; it changed all our lives along with our industry’s perception of people with disabilities; launched careers like Geri Jewell in THE FACTS OF LIFE, paved the way for shows like “SPEECHLESS”. It was nominated for an OSCAR along with receiving multiple national and international awards. The rest – as they say – is history.

Great, so let’s dig a little deeper into the story – has it been an easy path overall and if not, what were the challenges you’ve had to overcome?
A smooth road? I’m not sure it was a “smooth” road but it wasn’t a very difficult one either. If I had been focused on a “career” I might have done certain things differently – but all in all, I certainly can’t complain about my life and all that I was able to achieve. I was able to face the challenges and do my best. I’ve helped change people’s lives to this day and that’s the best part about working in the industry and there are still new mountains to climb and new challenges so – in spite of the struggle with technology and all the changes – there are still a lot of things that can be done – and many ways to touch and improve lives – so it’s OK.

After completing the short film MAUDE wrapped their final season and then I was without a job again. But when we screened the short – which was ground-breaking for 1978 – for our friends, families, and colleagues I know Norman Lear went back to the office and said: “How come she’s not still working for this company?” So they called me and offered me a job in “development” which I didn’t even know what that word really meant. I soon discovered at that time it meant sitting in an office and saying no to mostly bad projects and ideas. Finally, Norman came back from a business trip back East where he had seen a local show in Boston and said he wanted to do a national version of it. As head of development, it became my job to supervise the making of a pilot for NATPE – the national marketplace where TV shows were ordered then.

Again – by accident – I became the “producer” because I had no idea how to go about finding a producer in those days. I had asked all the producers in the company and they had all turned me down because they had no interest in producing a pilot they would not be writing (Norman Lear was doing that)) and we had a tiny budget compared to network license fees. So finally Norman got tired of asking me if I had found a producer and hearing me say “Not Yet” so he said, “Well, I think you should produce it”. Which wasn’t entirely unreasonable since I had already started the casting process and had hired a director.

So again – by accident – and by the seat of my pants – I was producing and “The Baxters” pilot was the talk of NATPE and my life went on from there.

BOOKS 2 CHERISH – what should we know? What do you guys do best? What sets you apart from the competition?
I started my publishing company because I’m a producer – which means a “control freak” – and I had to do it “my way”. Not necessarily the soundest business decision but we at Books 2 Cherish are proud that we are continuing our founder’s series of “firsts”. The first short film was nominated for an OSCAR; the first TV Dramatic Special won an EMMY and our first book – THEY CALL ME DESTINY – was submitted to 3 contests and was a finalist in all three. So we’re happy about that.

Our mission is to publish memoirs and gift books which are “stories to open your mind; nurture your soul, and trigger your actions.” In other words – just as my first book as an author – LETTERS TO MY HUSBAND – is a love story – but is also a widow’s journey through a year of mourning – and is still helping people survive the loss of a loved one to this day; our Destiny Trilogy is the story of an orphaned kitten who is adopted by a young woman hoping to save its life but what really happens with pets and their humans is the animal helps save their adoptive human’s life.

And our first gift book -Food …for Thought is a perfect hostess gift or stocking stuffer full of pertinent sayings, poems and quotes to cheer you and brighten your day. More titles in development are: PRODUCERS DON’T CRY – based on my experiences in the business; MY ACCIDENTAL LIFE – an autobiography; and Book 2 in Destiny’s story – titled DESTINY’S CHILDREN – surviving childbirth, menopaws, and divorce – not mine – Fern’s” and finally ‘Book 3 -“DESTINY MOVES TO LaLa LAND – OMG! She’s taking us to California!”

What moment in your career do you look back most fondly on?
Having created several films and books that continue to touch, change and improve people’s lives. Founding the Media Access Awards – which has been encouraging – and honoring – the accurate portrayal and employment of people with disabilities since 1978!

I was very happy to be honored by the MAA with a Lifetime Achievement Award – and even more excited to have Norman Lear present it and have Michael Keaton’s participation to commemorate his appearance in “A DIFFERENT APPROACH” back in 1978 – which was his first film role. 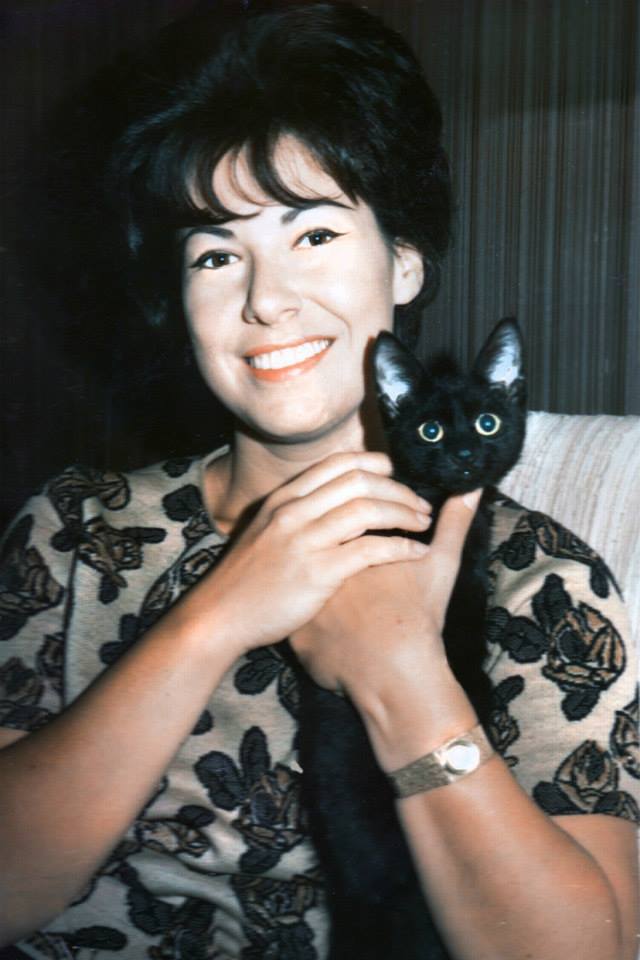 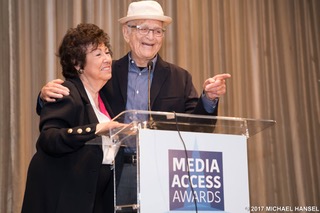 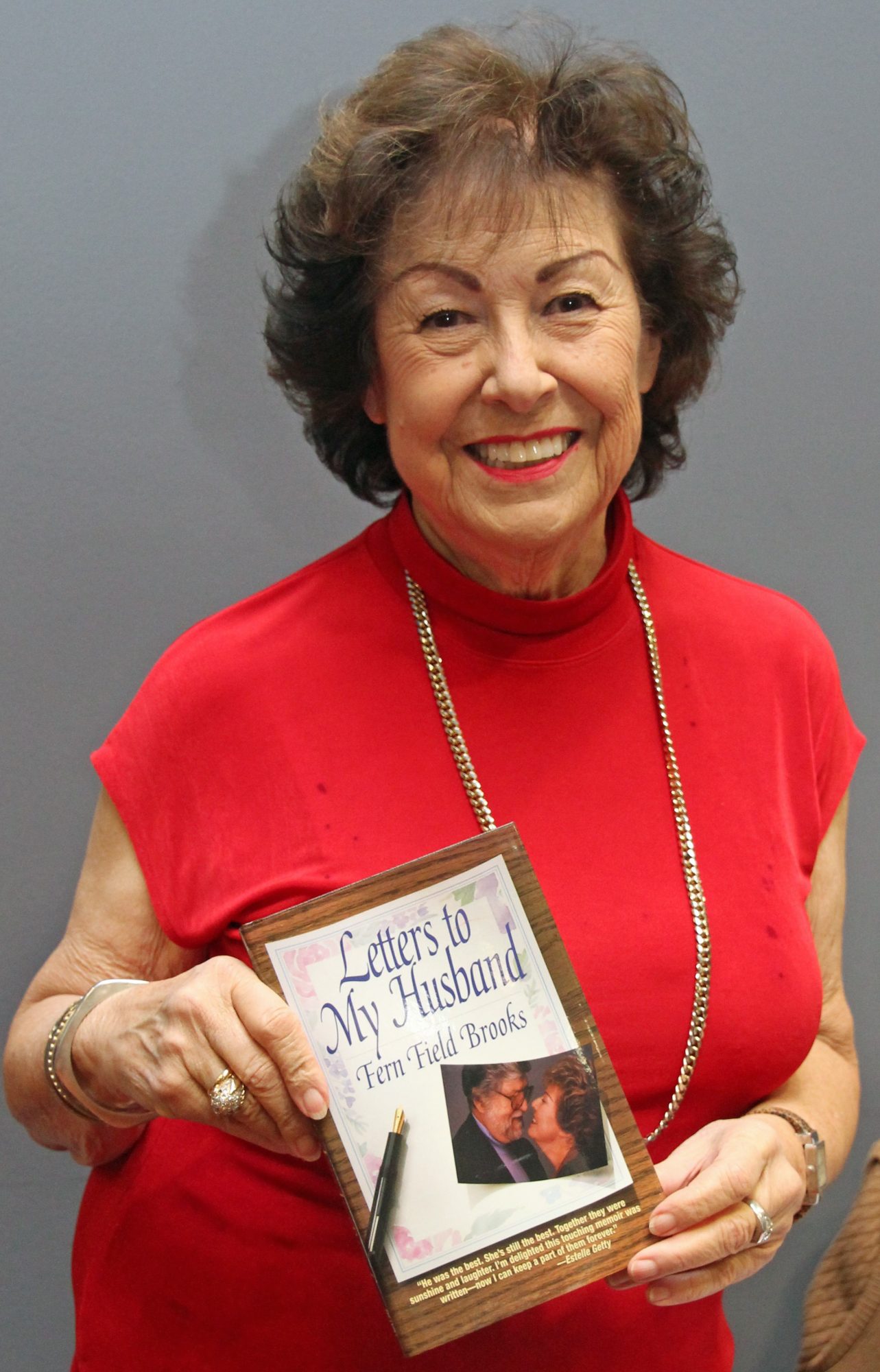 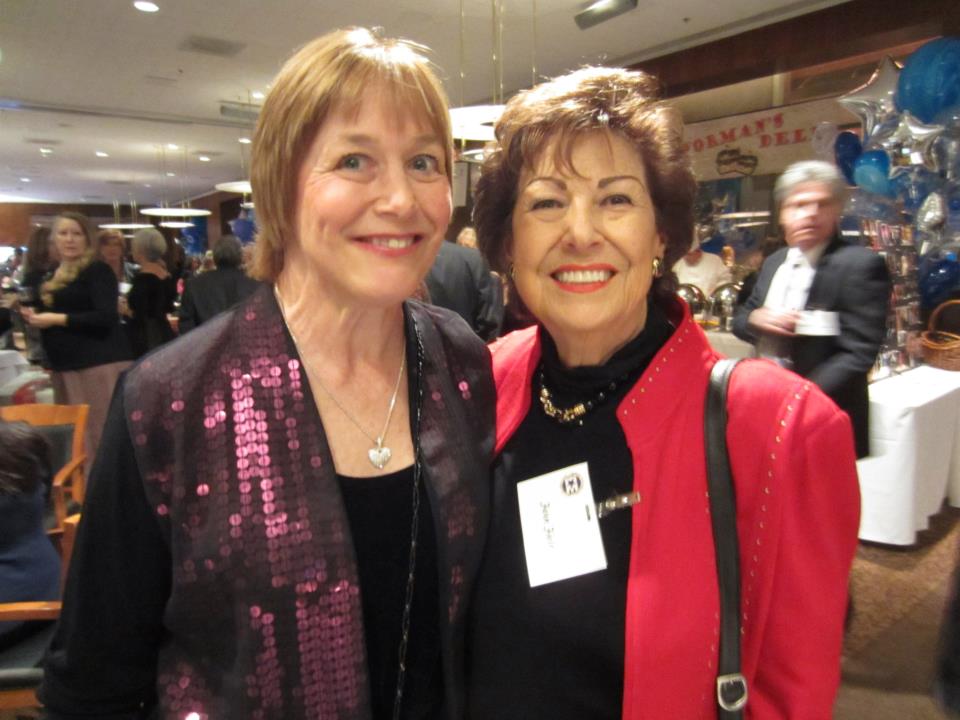 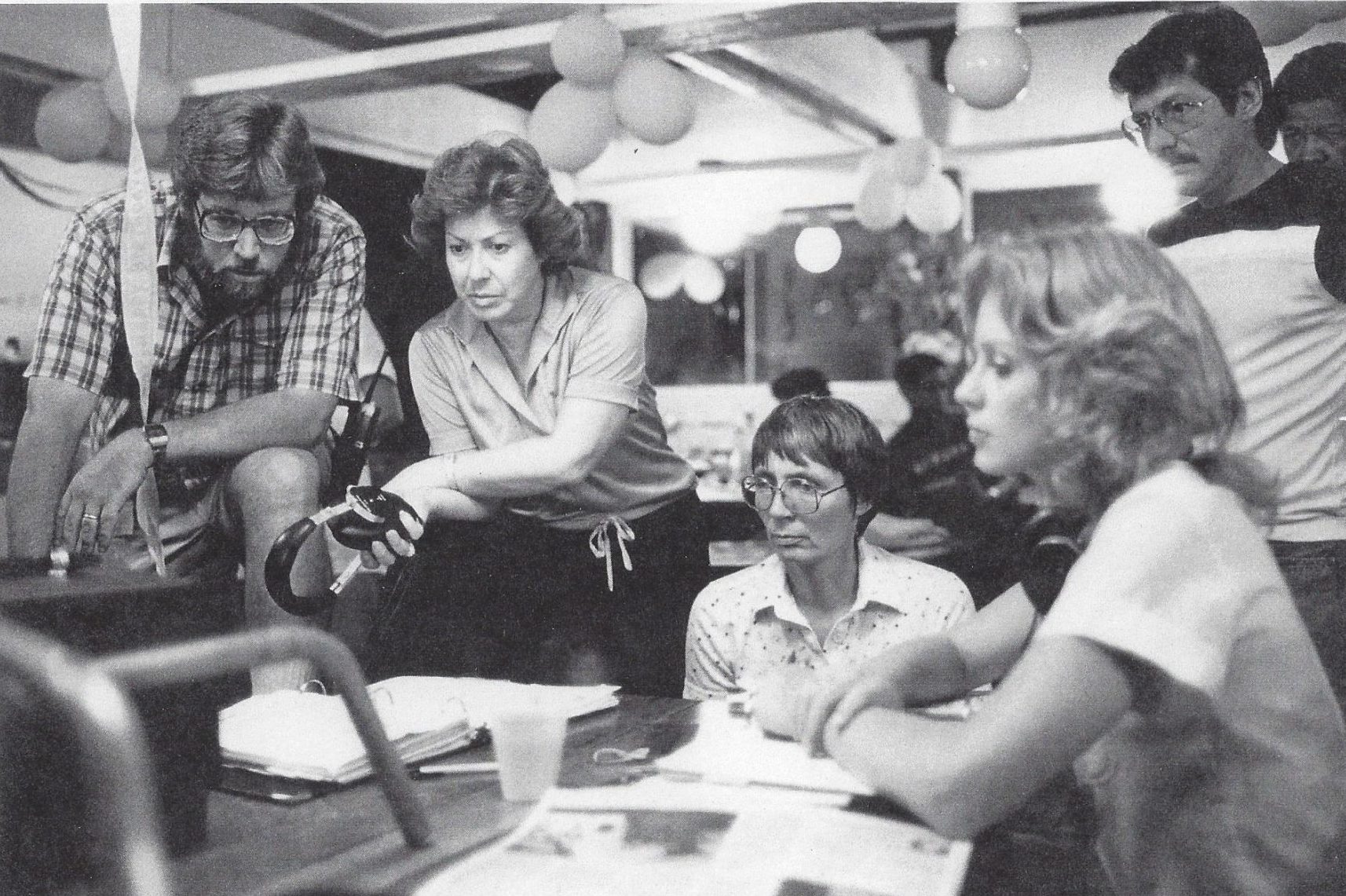 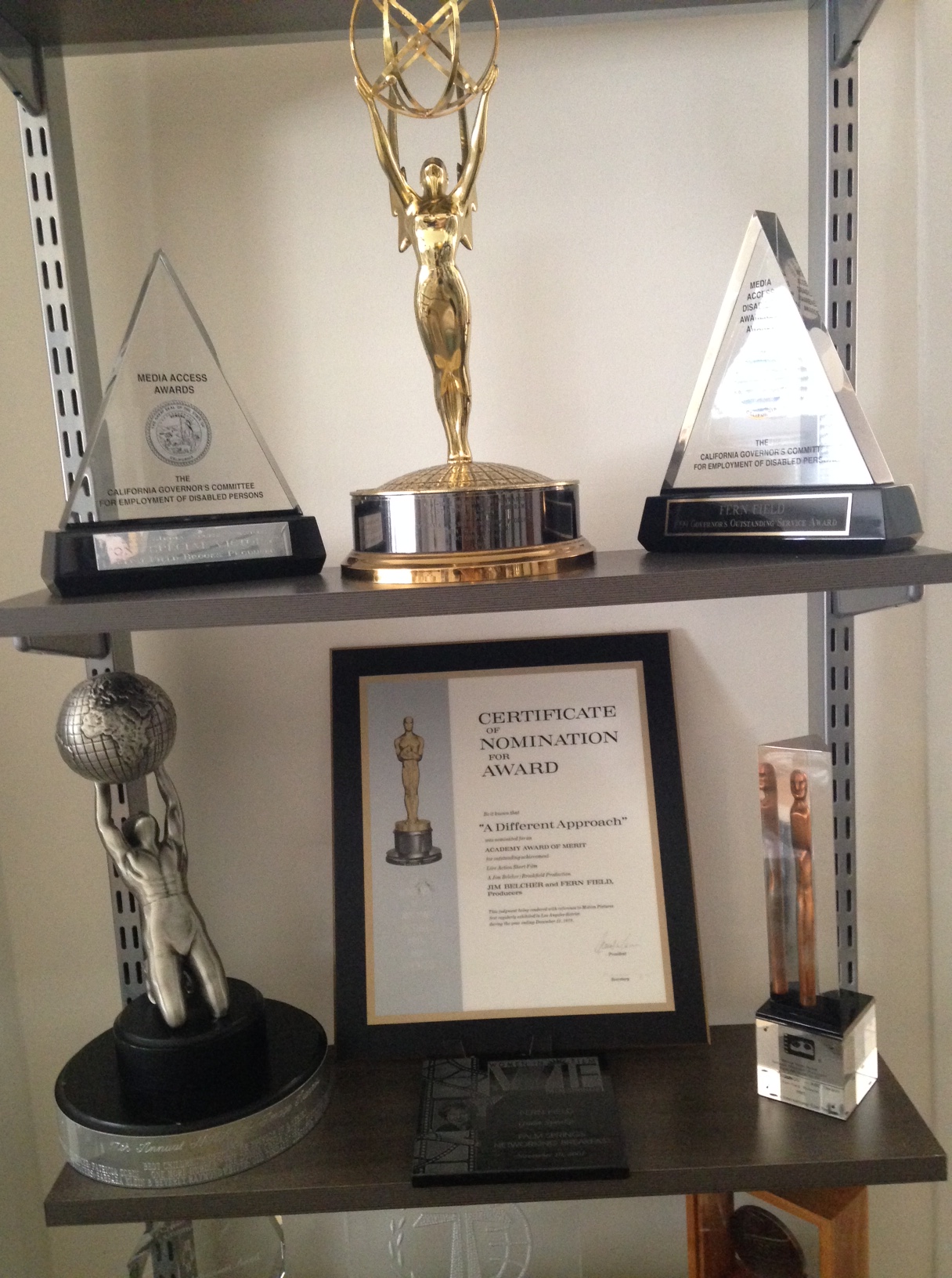 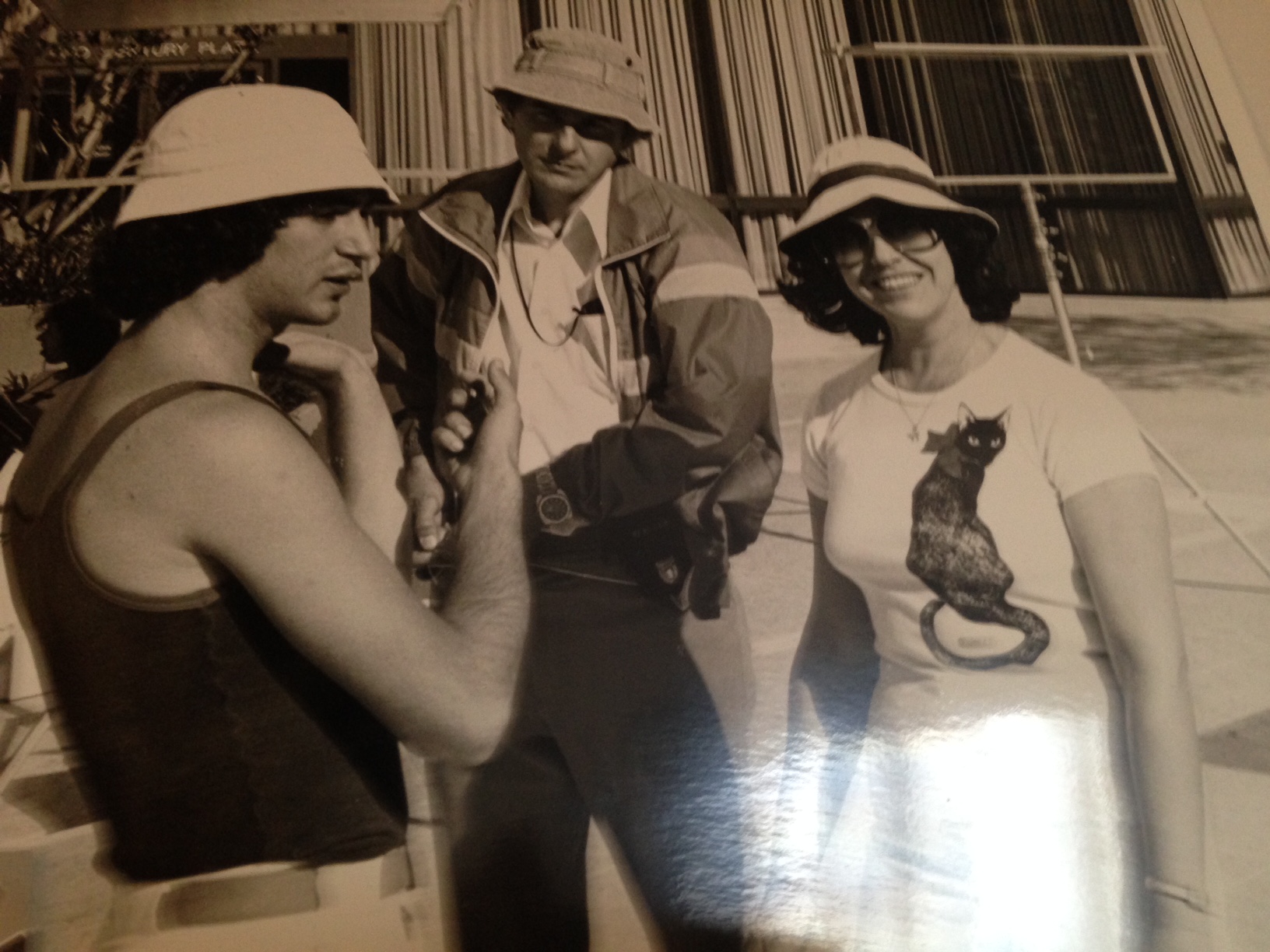 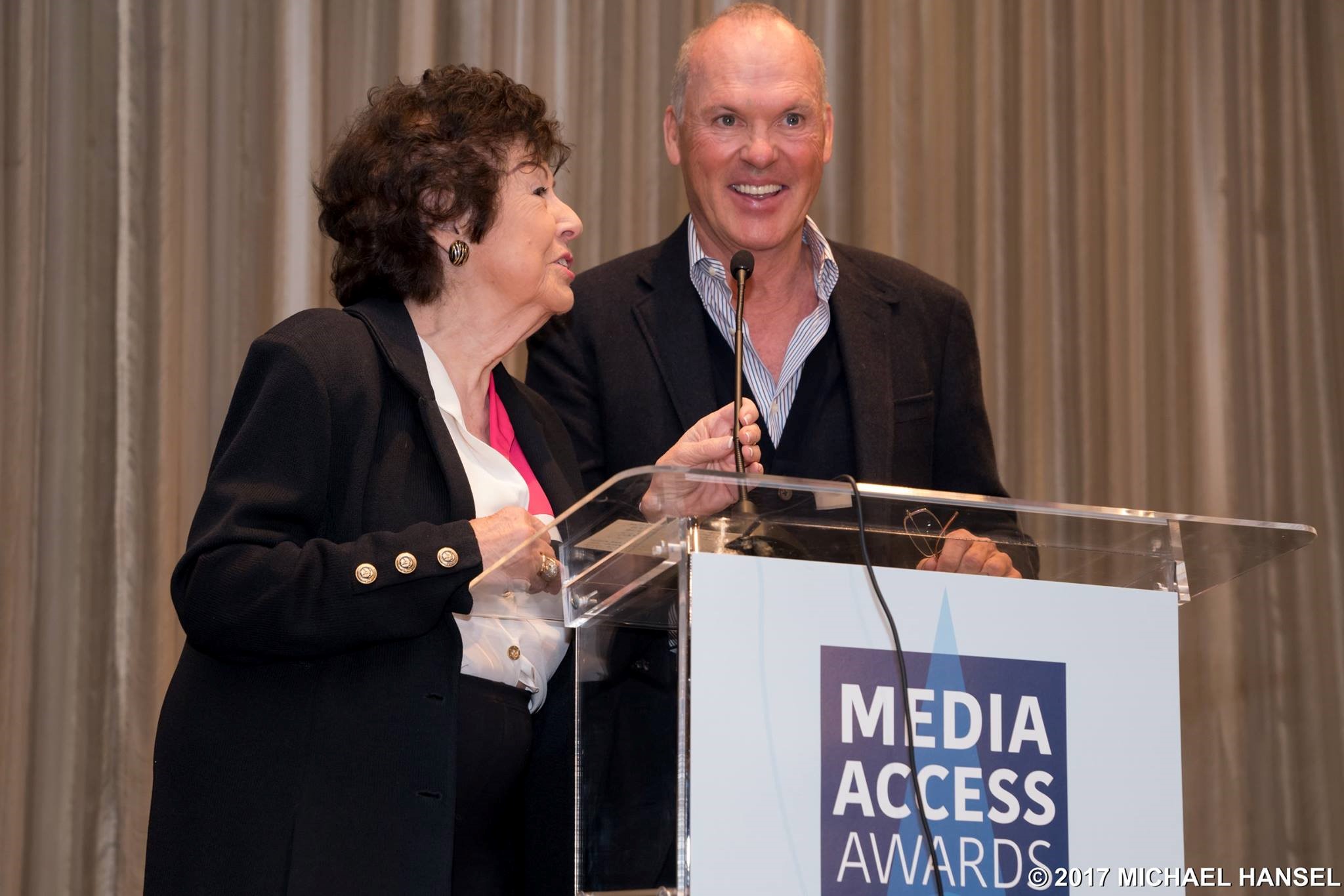