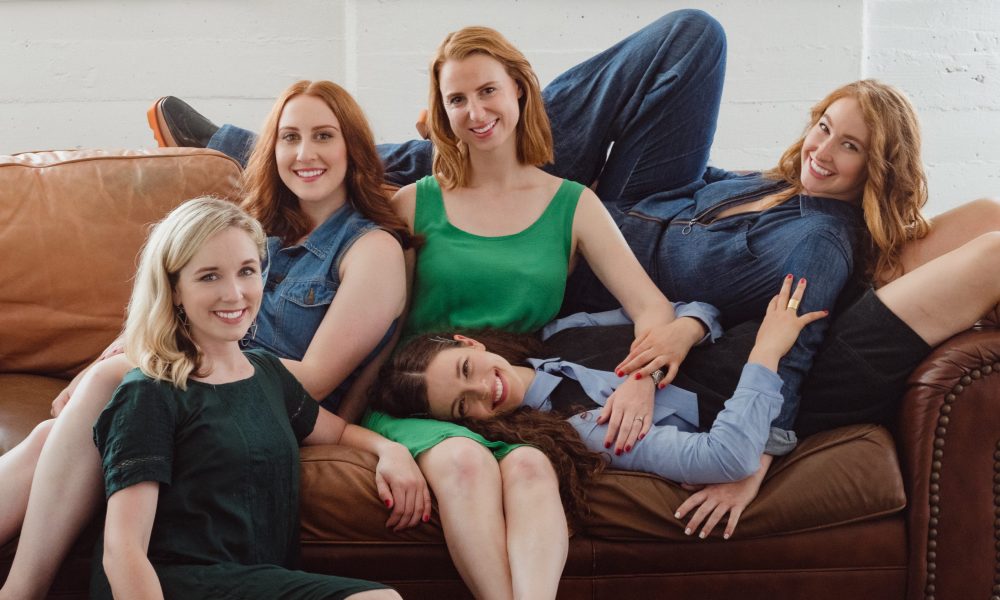 Great, please share with us your story. How did you all meet?
The five of us met taking classes at The Groundlings and immediately clicked. It’s a rarity to find a group of people who you work so well with together on stage, so we took the next logical step and formed an improv team!

We had the best time at these shows, making each other laugh both on and off stage, and after a couple of months started writing our first sketch show together. Now, we’ve written numerous sketch shows as Maiden Voyage that have sold out at Comedy Central Stage, Lyric Hyperion, and The Pit in New York.

We also recently launched a website that features all of our filmed sketches. We started with a foundation in friendship, and it drove us to work professionally together–now we work with our best friends. It’s… the coolest?

We’re always bombarded by how great it is to pursue your passion, etc. – but we’ve spoken with enough people to know that it’s not always easy. Overall, would you say things have been easy for you?
Needless to say, after the suggestion from the audience at our first improv show was “circle-jerk,” we knew it wasn’t going to be a smooth road for a group of women in comedy… we’ve of course had our fair share of struggles.

When you write, produce, and perform all our your own material, the road to success is bound to have some bumps in it! We’ve learned that our success is our responsibility. We have to work hard to not only make both our live and filmed material, but also we have to work on the side to make enough money to fund everything–paying our DP, sound engineer, editor, and director comes from many, many evenings of babysitting!

With the countless hours of creativity comes countless hours of business meetings and emails and tech scripts and call sheets and editing notes and much, much more. Thankfully, we are lucky enough to work with our best friends, so whenever harder times come, we know to lift each other up, celebrate even the smallest accomplishments, and remind each other that nothing good comes without a lot of hard work.

We’d love to hear more about your business.
Maiden Voyage is an all-female sketch and improv team! We make an earnest, joyful, dark, character-driven comedy that’s full of energy. As a newer team, we’re so proud at how far we’ve come in such a short amount of time. We’ve written countless sketches, performed more than 100 shows across LA and New York, been featured on Funny or Die and WhoHaHa, and still continue to set new goals for ourselves.

We all have such different senses of humor–Harriet’s is uncomfortable, Abra’s is dark, Rachel’s is absurdist, Megan’s is ballsy, and Danielle’s is, well, freaky. But we all come together and make a cohesive comedy that has a little something for everyone, and we’re really proud of that! Oh crap, now we’re crying.

What were you like growing up?
Well, there are five of us, so here we go!:

Rachel grew up in San Francisco and was a big ol’ nerd. When she wasn’t getting her braces tightened, she was *desperately* trying to be a triple-threat. The musical theatre career, unfortunately, didn’t work out (turns out she had a bad ankle and a bad… voice?), but she stumbled across the improv team at her high school and didn’t look back!

Harriet grew up in London and was a huge tom-boy! Harriet wanted to do everything her brother did and was sure she was going to grow up to be a soccer player or an Olympic sprinter. Turns out she was not so great at running which is really a drawback for a sprinter. She then discovered a little show called “Absolutely Fabulous” and realized all she wanted to do was make people laugh like Patsy and Eddie. So between making slime and soccer juggling, she started taking acting classes, and the rest is history.

Abra grew up in Rhode Island. In the 7th grade, she developed an obsession with MAD TV and started shooting her own sketches alongside her best friend, Jordan. Many of her sketches then (and today) were inspired by “characters” from her small town. She hated going to school and spent a lot of time annoying her parents with bad impressions and made up songs.

Danielle is all the way from West Hills, CA. Though her parents are originally from Russia, SNL was constantly quoted in her house growing up. She was a shy kid until her parents threw her into performing in a Russian community theatre. From there, she continued doing plays through middle and high school, competed on her high school forensics team, and was made to stand on her chair at family gatherings and do a little ditty for the dinner guests. Performance was always her passion and finding sketch, and improv comedy was….. absolutely huge for her. Now she’s so psyched to be performing regularly with strong, hilarious, supportive ladies at least once a month!

Megan grew up in Cleveland, Ohio where she did every sport possible as a kid! She loved to compete. She ski-raced and horse back rode, but by the age of 13 her Bat Mitzvah theme was Broadway, and that pretty much explains it all! She would sing around her house into every mirror that would listen. She found herself performing theater through college–always being cast as a character actress–and fell in love with being a comedic oddball. When she found improv and sketch, it felt like a sport she could fling herself into! 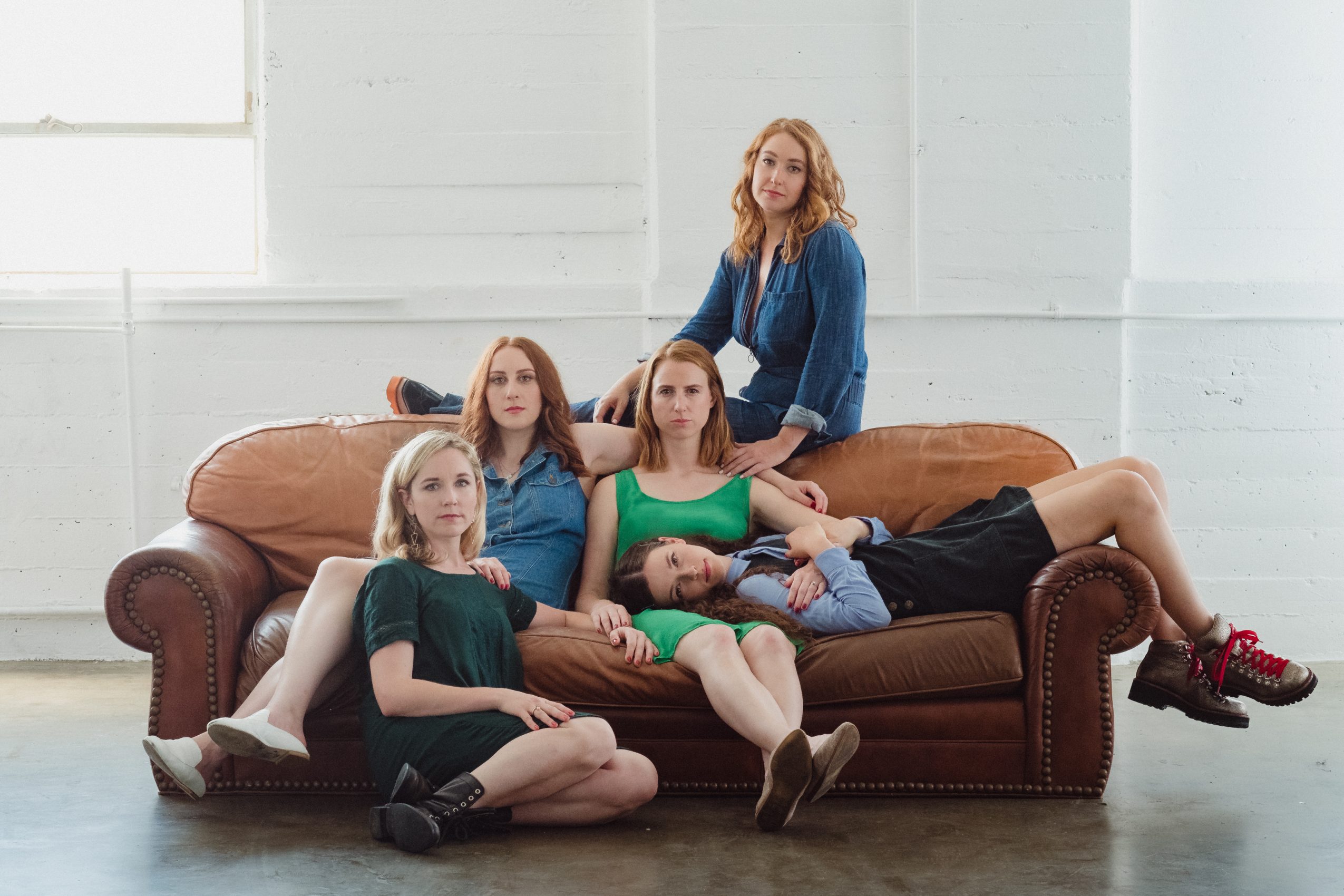 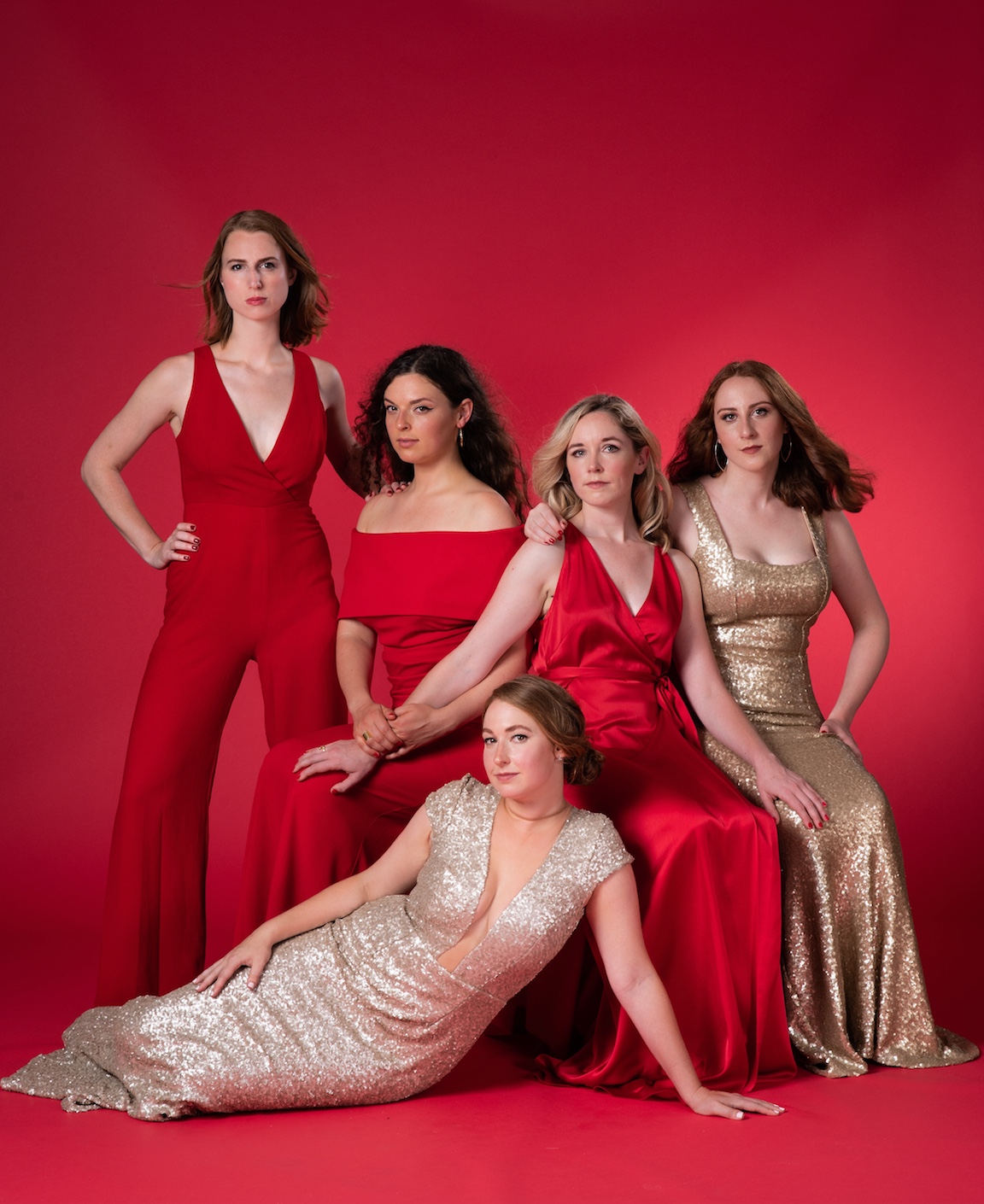 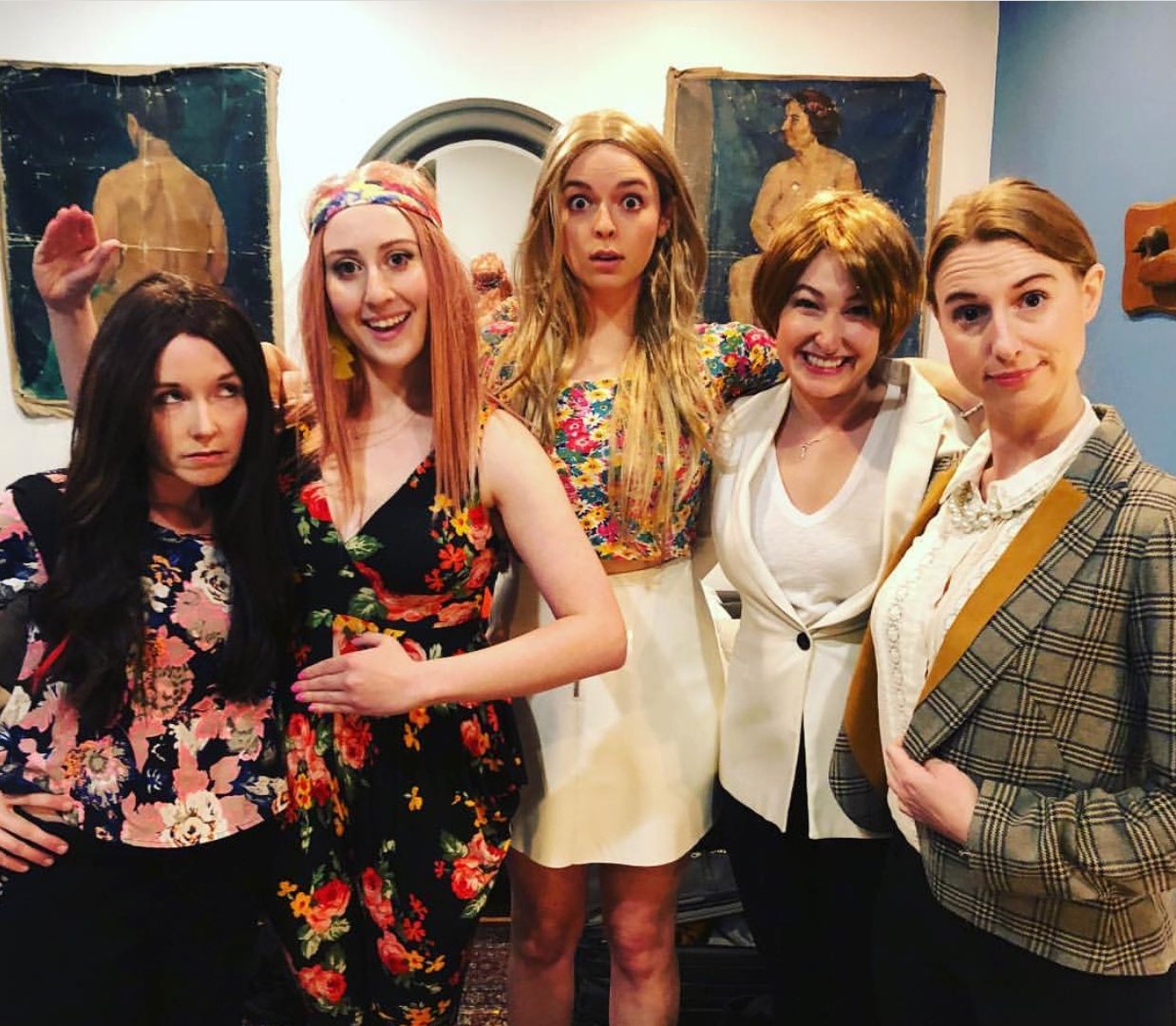 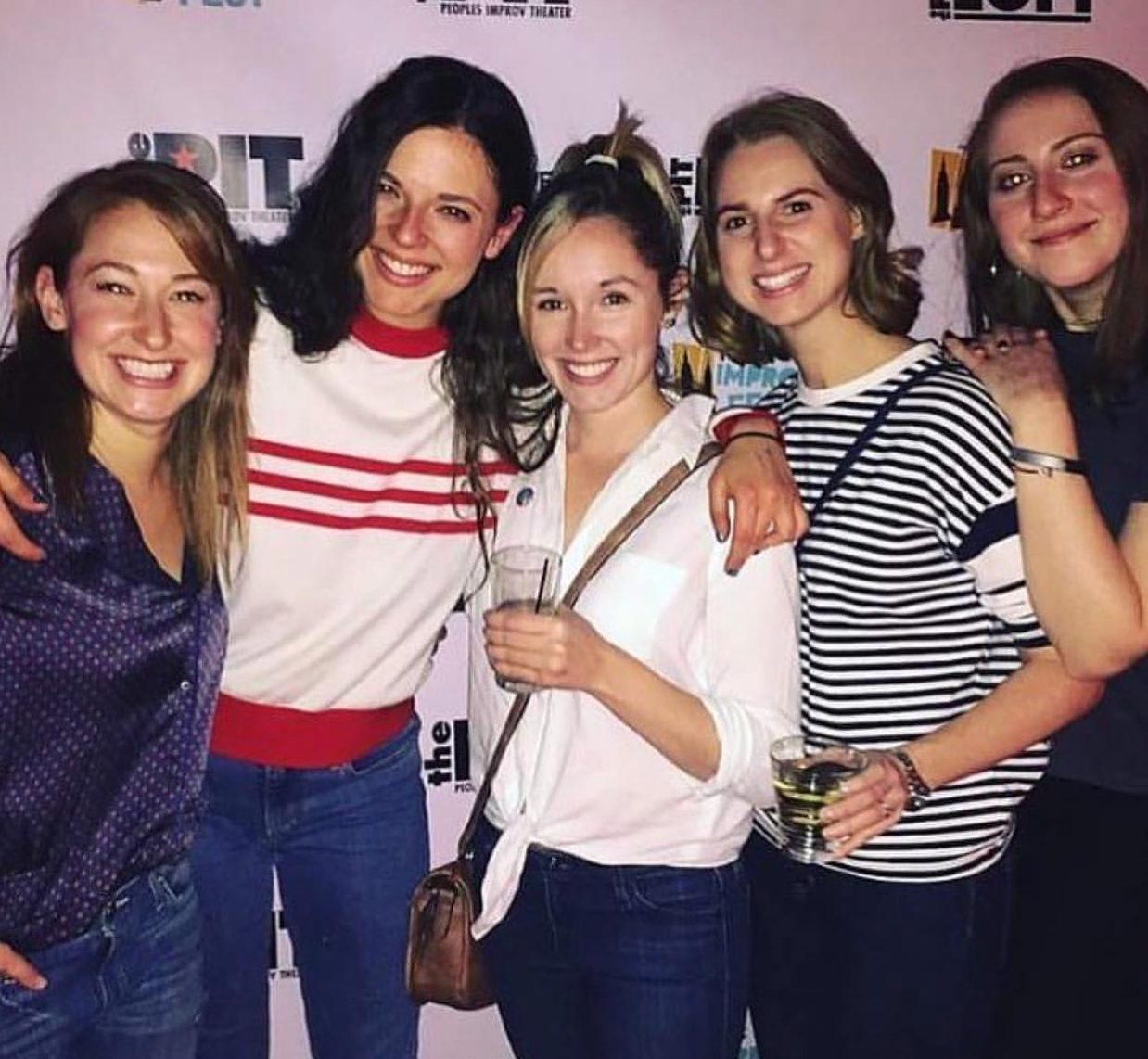 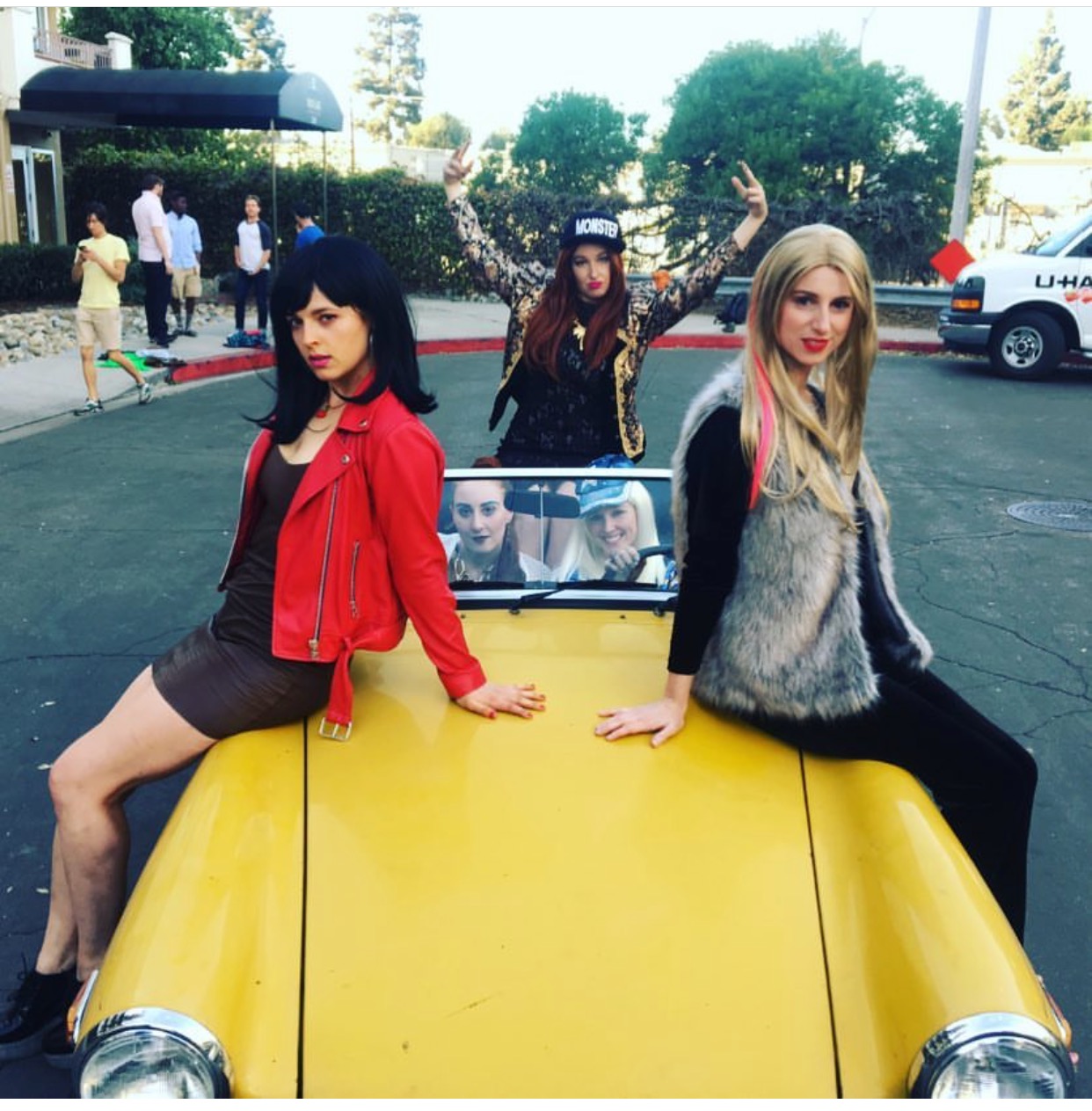 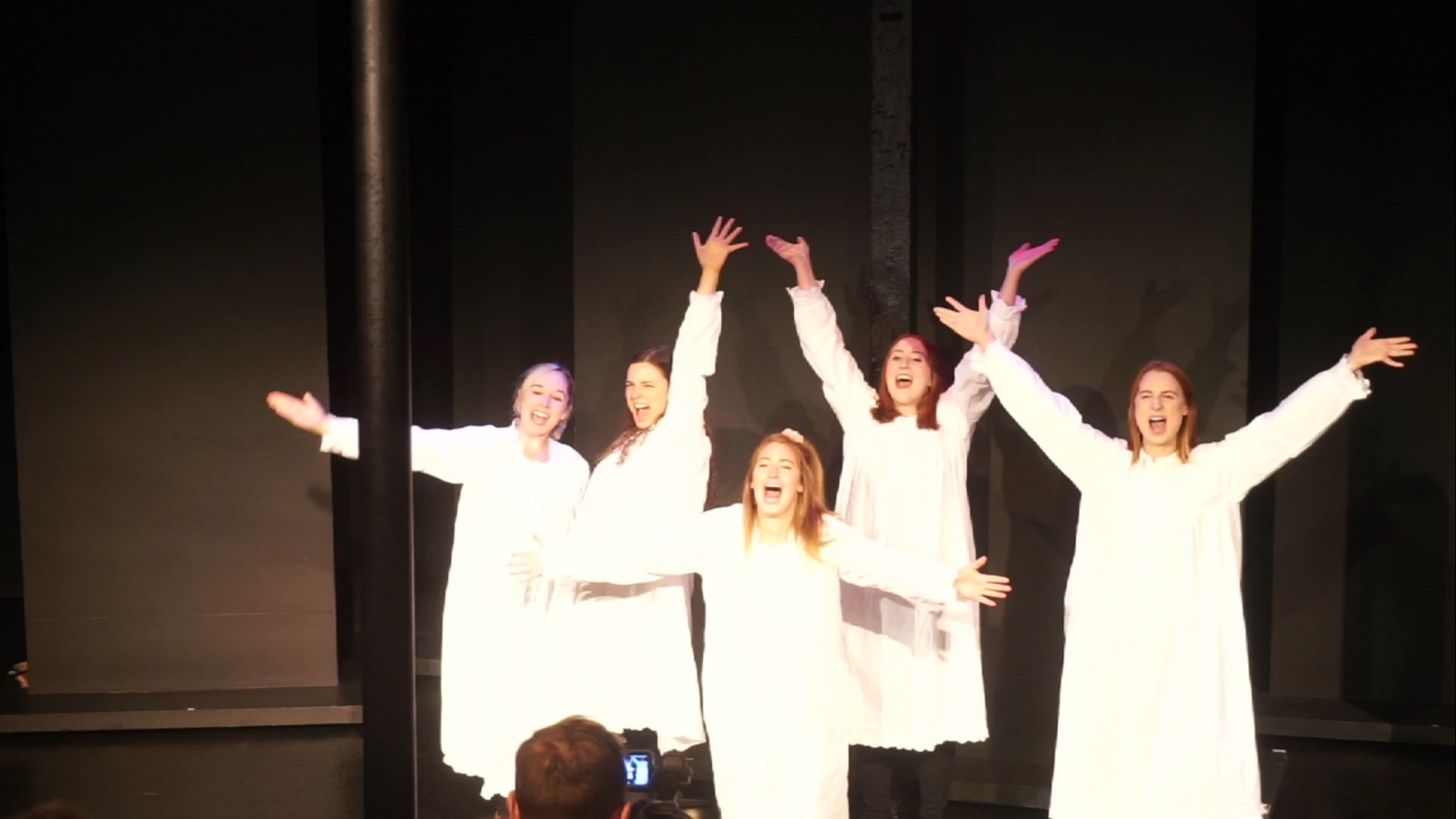