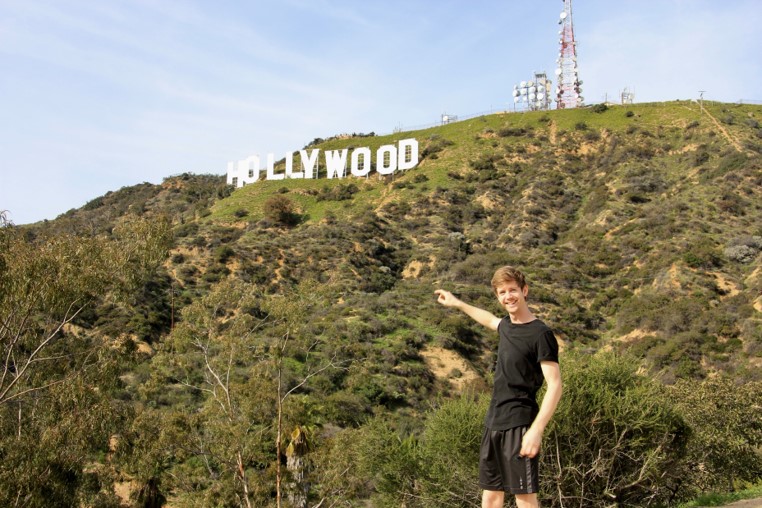 Today we’d like to introduce you to Felix Martinsson.

So, before we jump into specific questions about the business, why don’t you give us some details about you and your story.
I’m originally from Sweden, lived there my whole life. I’m from a very small town, never really felt at home, I wanted more. I have a background in Theatre, media, photography, and film. I worked many different jobs, waiting tables, bartending, substituting in school, directing plays, project managing and more. I did a lot of theatres and tried to get in to acting for the camera, but it didn’t really work out for me. I wanted to start fresh and find a variety of acting classes, so I moved to LA with a friend who I now share an apartment within Hollywood. I went to UCLA and did the Certificate in Acting, and that’s who my new life began in Los Angeles California.

Whilst attending UCLA I started networking, reaching out to Casting offices, producers, directors, using all the time I had to make sure I had somewhere to turn to after I graduated. At the time I was trying to adjust to a very different life from what I was used to backing in Sweden. Nothing was on my side, there were lots of hills that had to be climbed, I was exhausted. Four months later, I found an internship and started training with DK Casting. Judy cook and David Kang who quickly became my inspiration pushed me and taught me more about acting than any other class has ever thought me.

They also had the same mentality as me “Set goals and work hard, and you’ll get there” which is why, I think, we got along so well, and why I’m still with them. Halfway into my certificate, more good news arrived, I got an email from a director who had found me on IMDb and wanted me to play a small part in his next feature film. “Young Chase,” the younger version of the leading character in a flashback. I read the script had a conversation with the director and producer and later booked my first ever role in a Hollywood Indie Feature film.

Michael Rossi (the very talented director) has been a good friend and inspiration ever since. He sort of gave me the push I need to get into this industry, and he’s introduced me to many great professionals. Finally, things started to pay off. We filmed Chase (the feature) in the summer of 2018, and it is now playing in selected festivals, it recently won its first prize for best action film and premiered at Regal Cinemas LA last month (February).

Before the premier (December to be exact) I also booked my first leading role in a short film “Erin” Directed by Myles Yaksich, award-winning director, who I met in an acting class my first month after moving here. I would have never thought I was going to be the lead in his big project one year later. It felt like I was on set for a major big-budget film, big cast and crew, amazing scenery and locations, wardrobe, props and last but not least this amazing story/script! Myles and I were on the same page throughout the whole shoot, and if we weren’t, we made sure we were.

The key here was communication and trust, both equally important. He worked in a way that I could only have dreamed of. Before every scene, we had a short conversation about what was about to happen and what it meant for the character, and the rest was for the moment to decide. One casting job, a feature and a few short films later, I’ve now been here a year and a half and can’t see myself anywhere else. I’m ready to step up my game and take on much bigger projects/challenges and show the industry that I’m here to stay.

Great, so let’s dig a little deeper into the story – has it been an easy path overall and if not, what were the challenges you’ve had to overcome?
Oh, this has not been a smooth road. I don’t know where to begin.
– Finding an apartment as a foreigner was stressful, I don’t know what we were thinking. The paperwork was just insane, wtf is credit score anyway (now I know of course). It was not easy.

– Money!!! The constant feeling of not knowing whether you’ll have enough income before next month’s rent is due.

-Starting fresh really means starting from nothing, that has been the biggest challenge but also what I’m most proud of. Starting from scratch in a foreign country, adapting to this country’s way of living and it’s many complex systems has been very interesting.

-I’ve just had a lot of bad luck, and at one point I was thinking “is this ever going to end.” The phrase “Are you surprised?”, In which I respond, “NO” has been said countless amount of times.

Me and my roommate Linn makes joke about this every day, I think you have to, or you’re digging your own grave. What I take with me from this, what I’ve learned is: at least I’m living in the moment, from day to day, here and now. You never know what’s going to happen next. For all, I know you could wake up the next day to find that someone towed your car.

Because someone had put up a temporary sign on a tree, you never thought to inspect, after coming home late at night after interning all day and attending class in the evening. And to then find out that you have to pay $400 to collect the car and on top of that pay $75 dollar for the actual ticket.

By this time you’re late to work and class, and you’ve been all over LA. One word, Exhausting. Oh and then one week later you find your car has given up on life and you have to scrap it, and you’re now without a car, still bound to pay the car insurance for the upcoming three more months. – Life!

We’d love to hear more about what you do.
I’m an actor/Jr. Casting Director. My focus in Acting, it’s what I love and what I need in order to stay positive and happy. So far I’ve been doing pretty good, far better than I ever did in Sweden.

I’ve done one Indie Feature, that I mentioned before “Chase” out now 2019. I did one big short film, “Erin” coming out sometime this year. I just finished two other short films “Dr. On” and “Trapped,” and I’m now on the hunt for my next big project.

Erin won a bunch a prizes at the IMDb Independent Short Awards.  We won in 8 categories, one in which I won “Best Actor”.

I’m proud of everything I’ve done so far, coming here from Sweden wasn’t easy, so to be able to add all these credits and experiences to my resumé, makes me really proud.

What sets me apart from others? I would say my work ethics, determination, imagination, and fighting spirit.

Do you look back particularly fondly on any memories from childhood?
Playing in the woods! 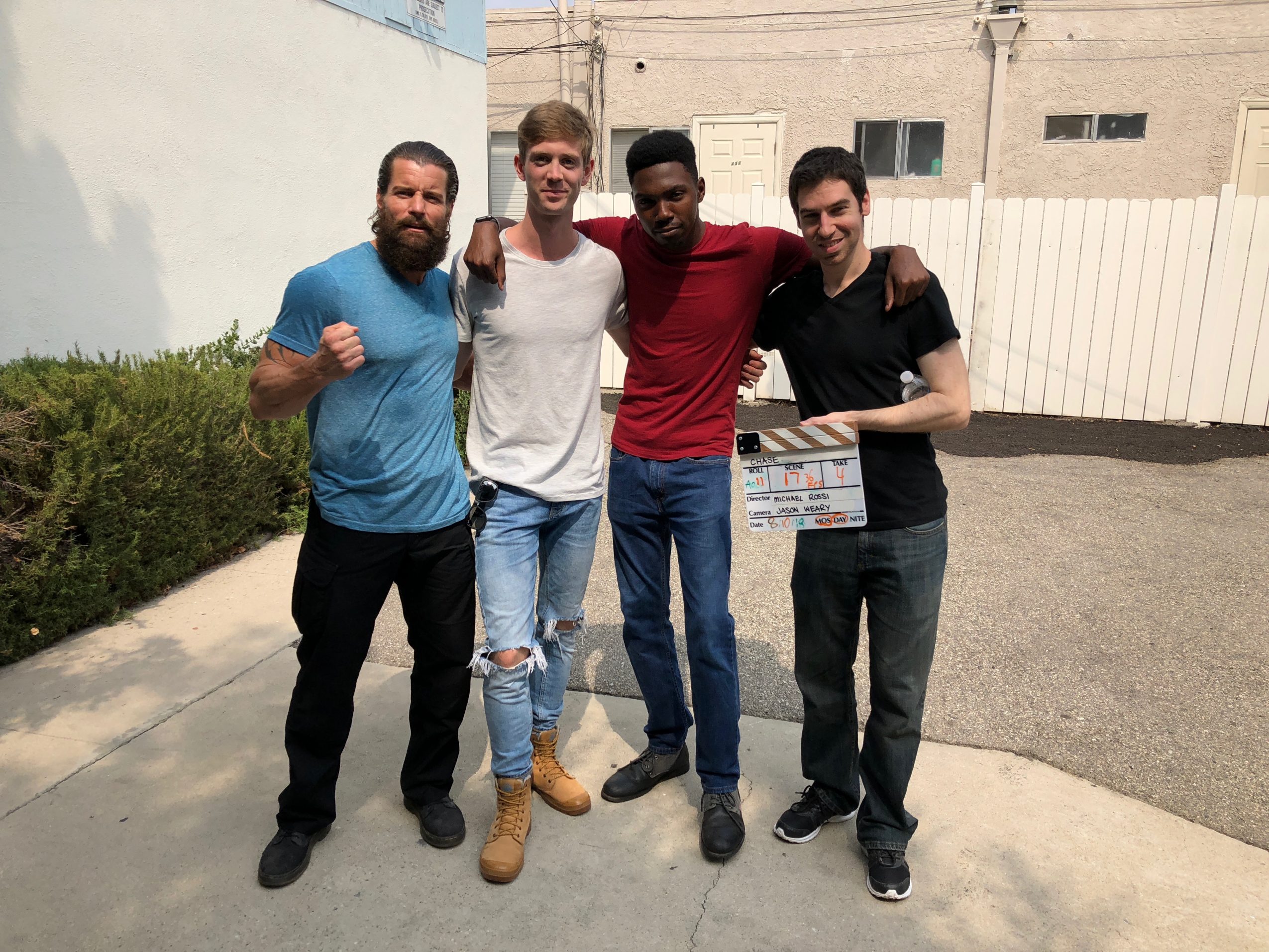 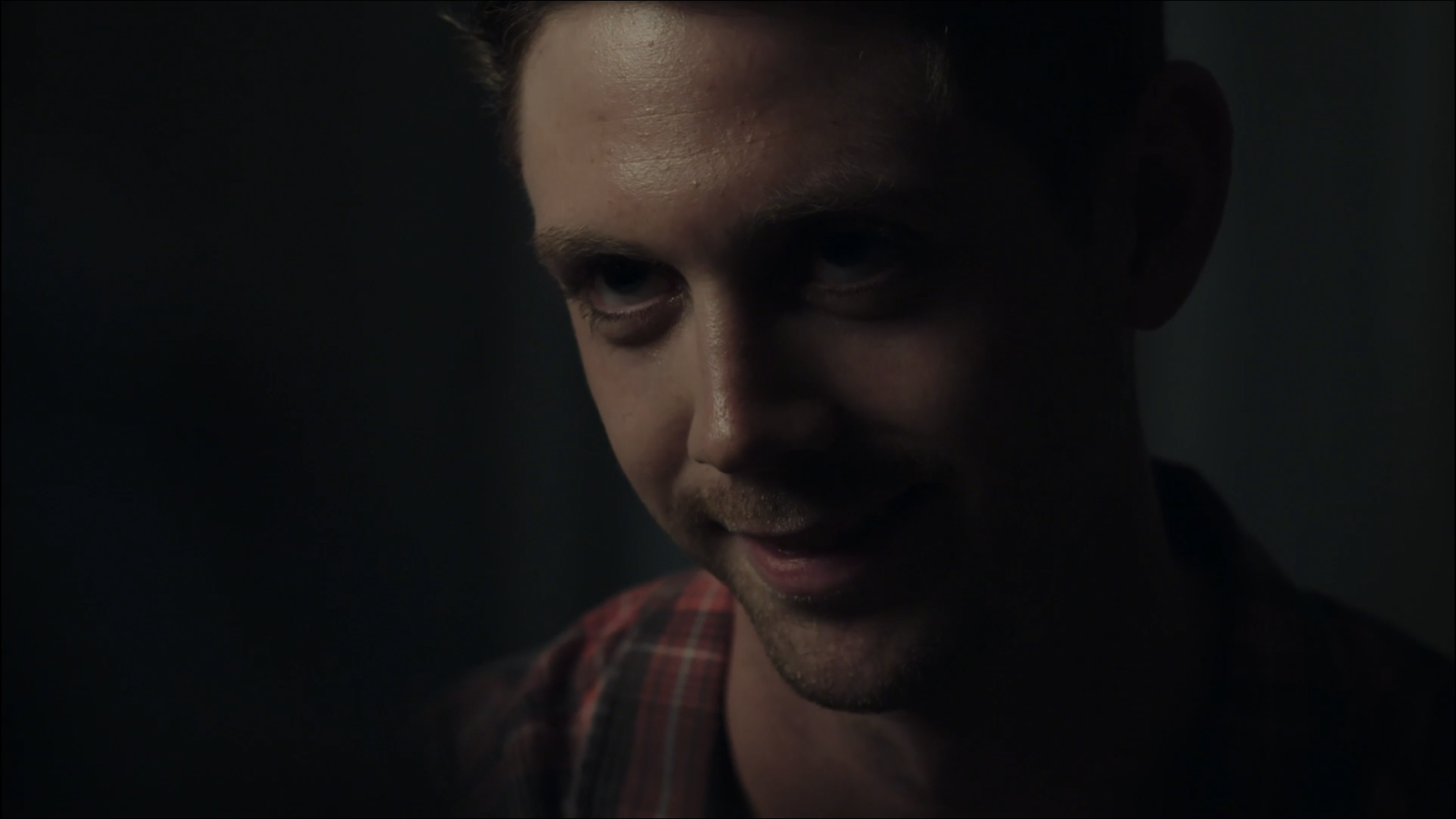 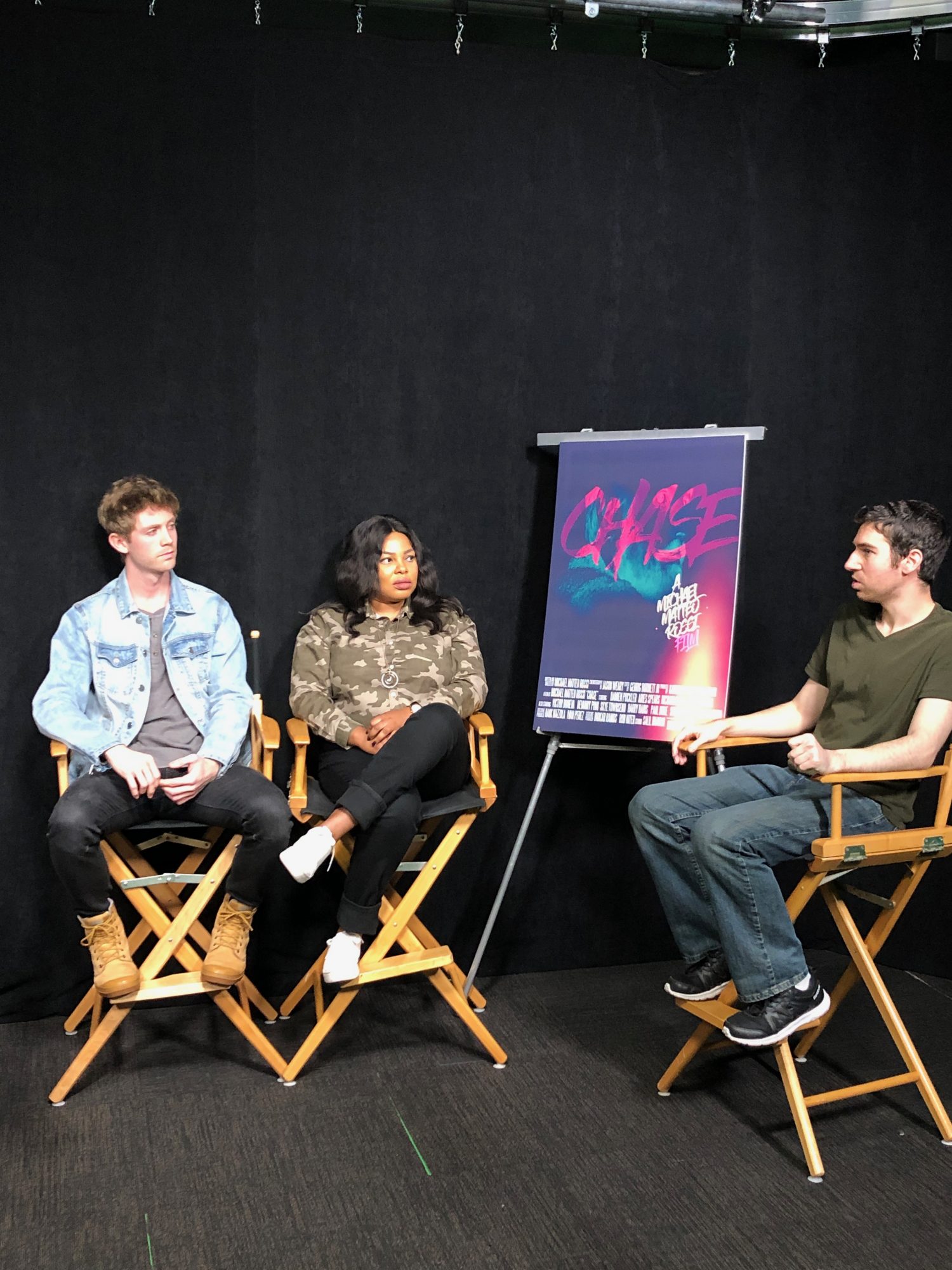 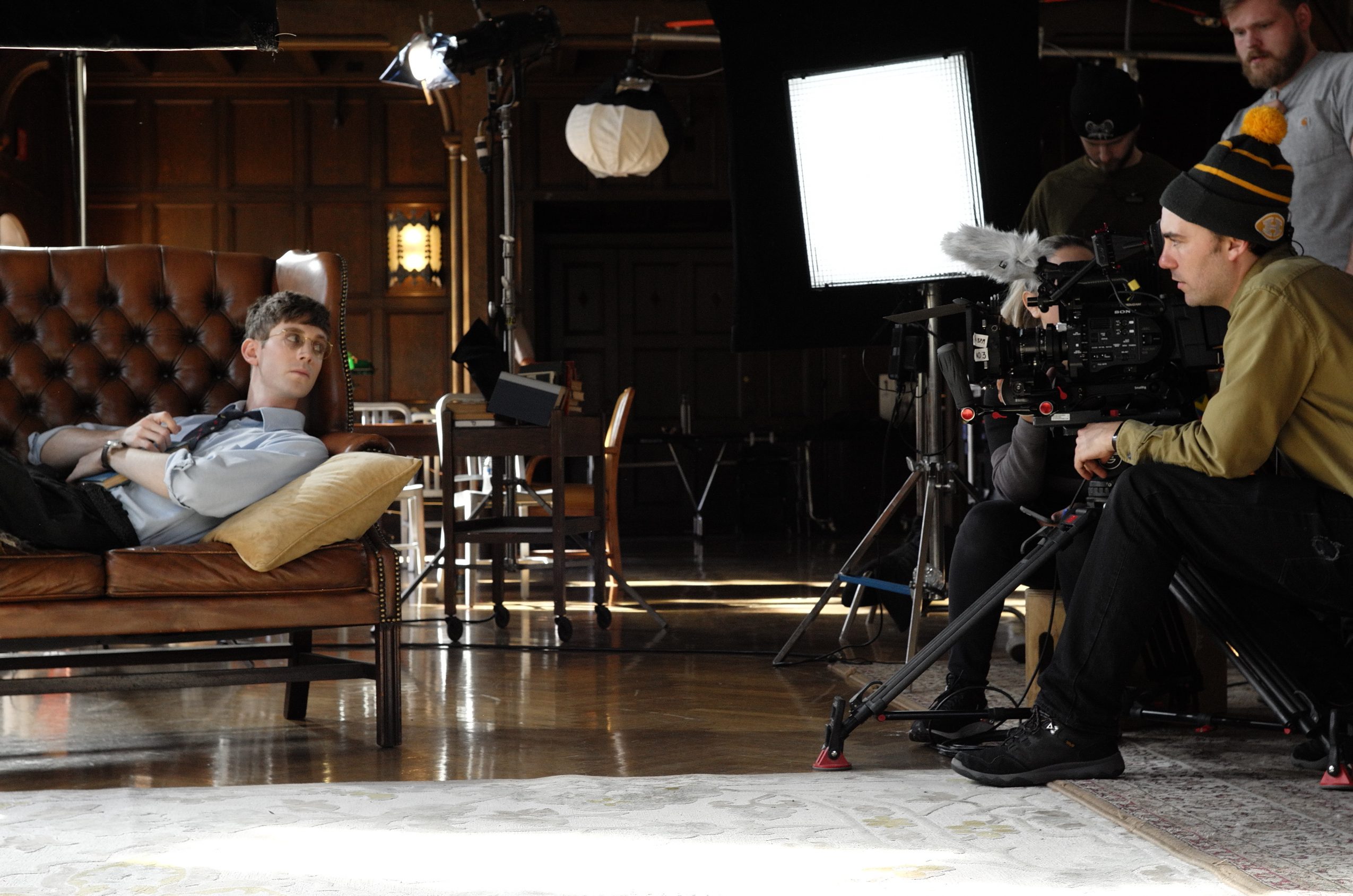 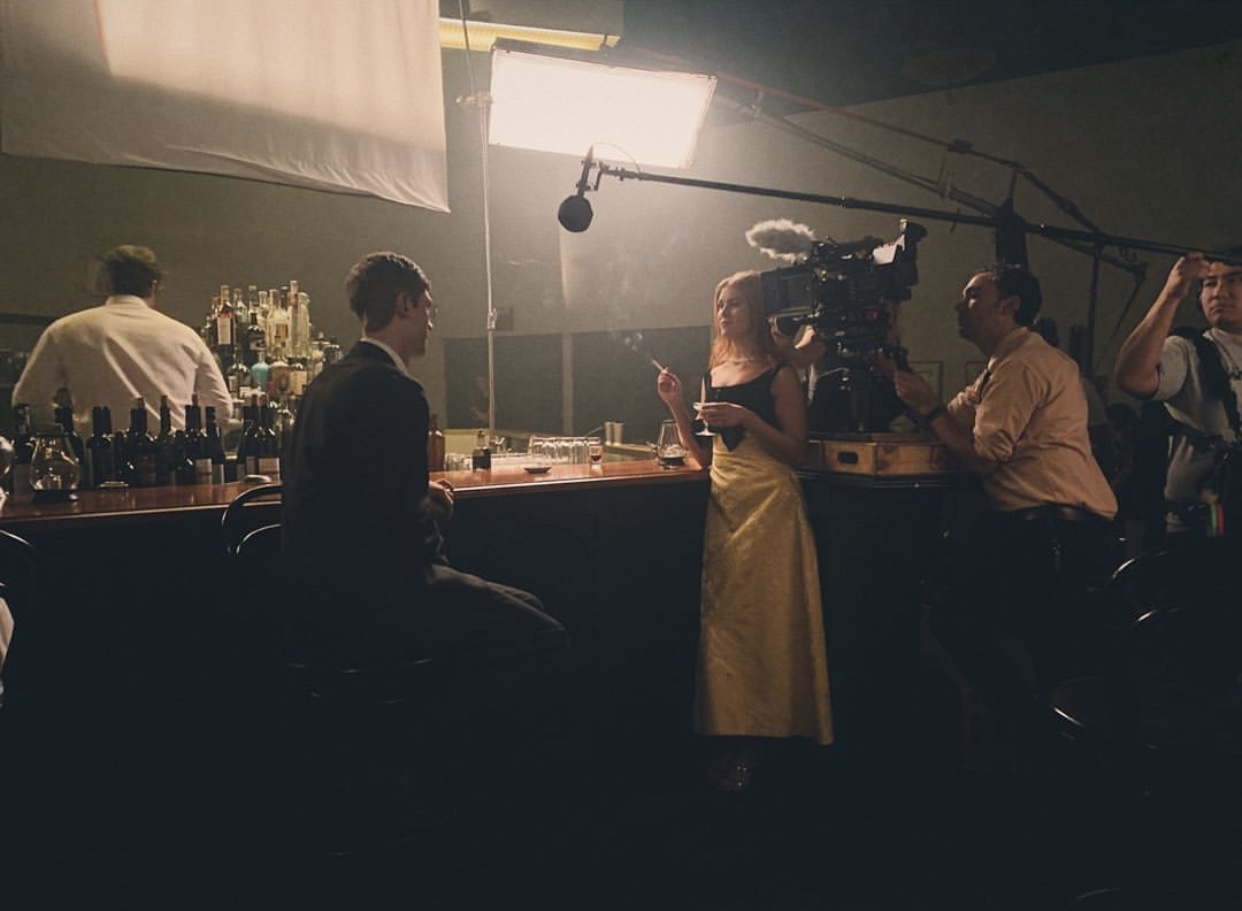 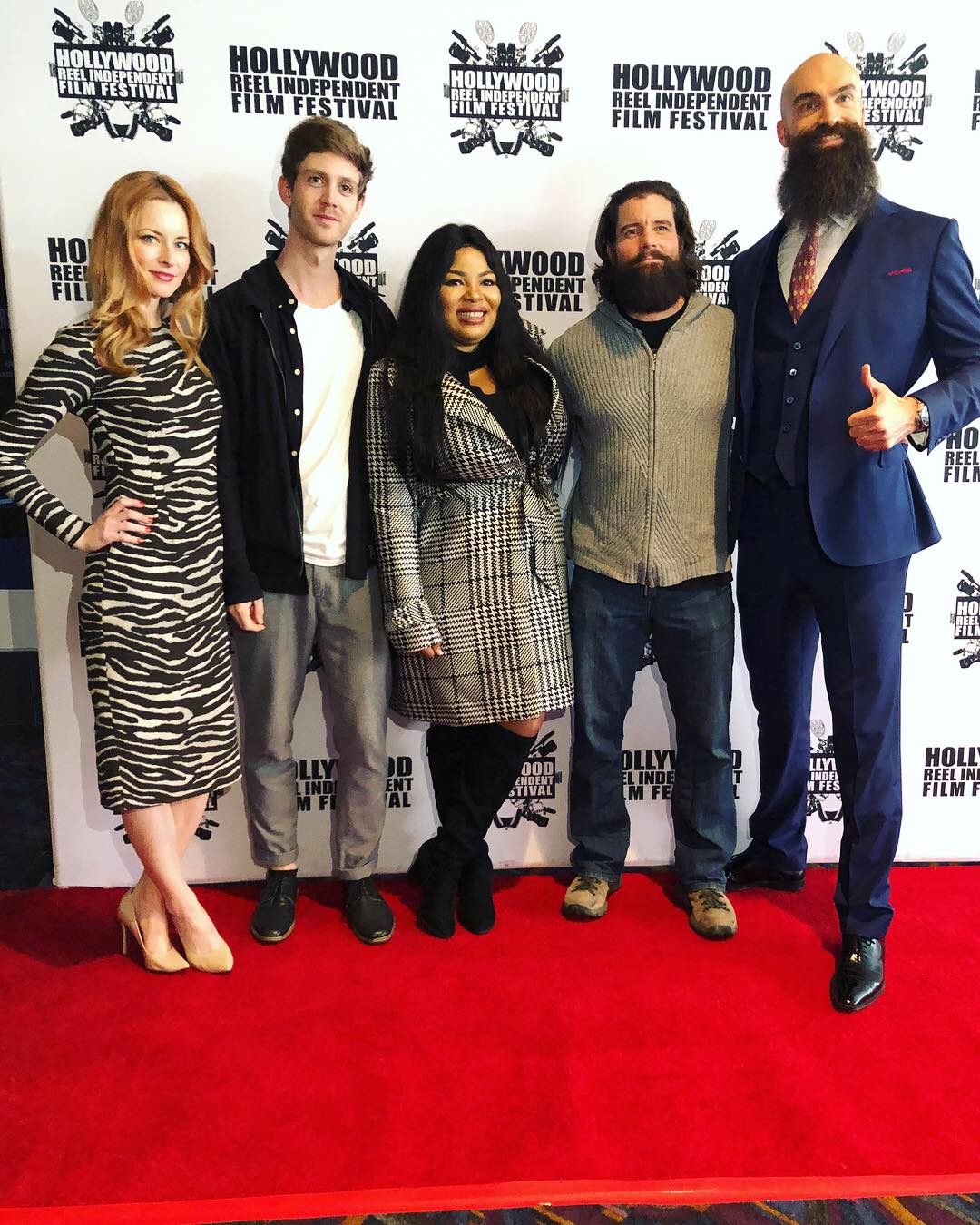 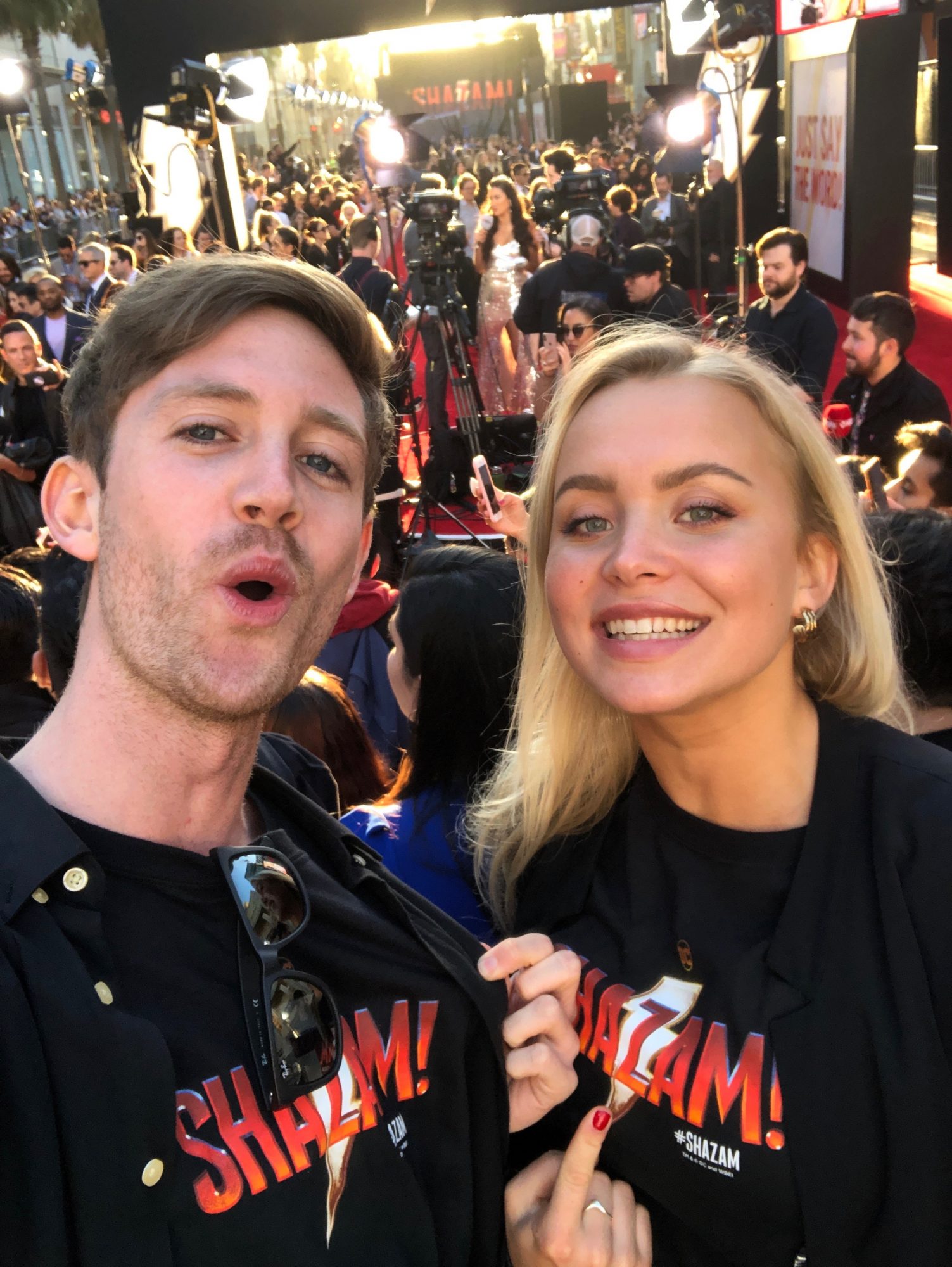 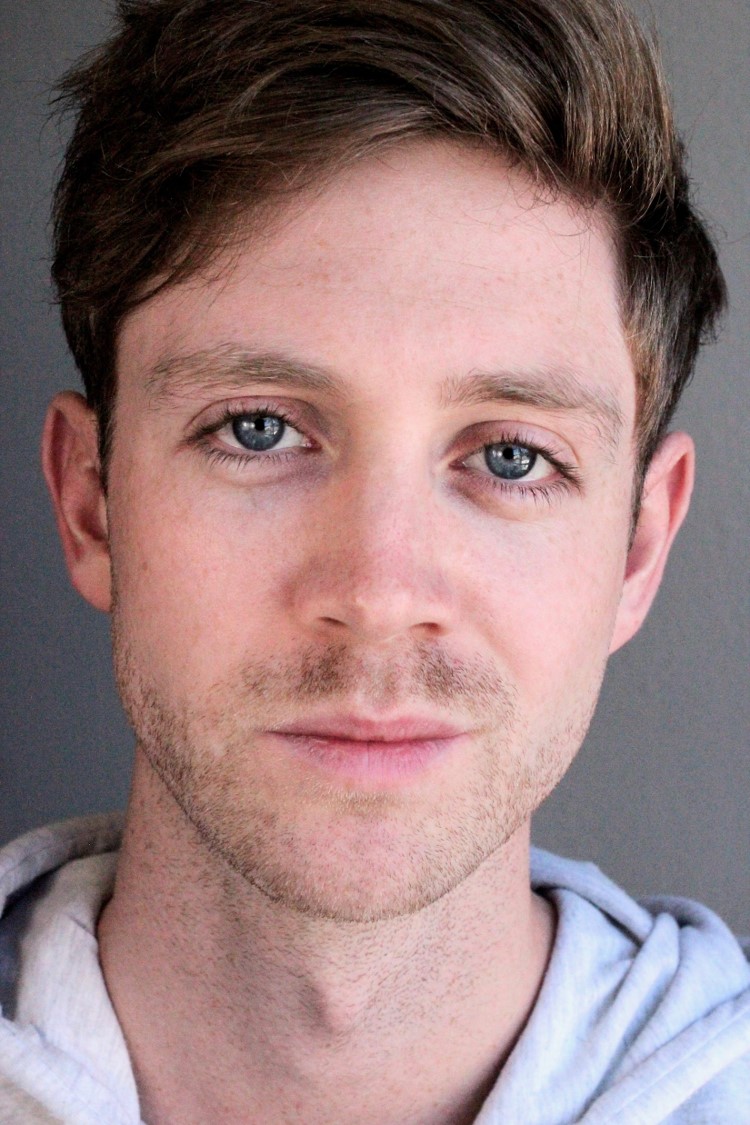