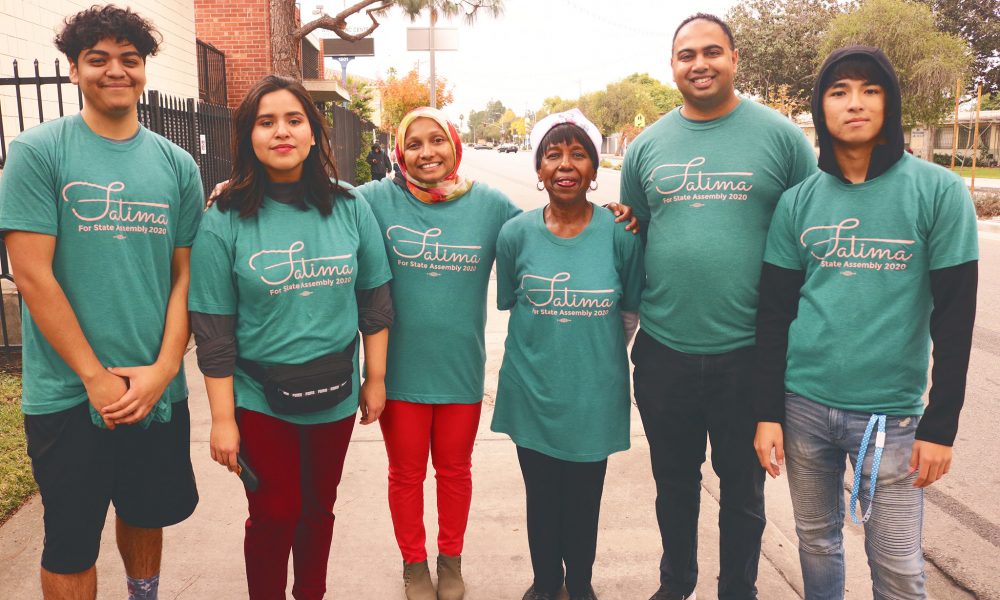 Today we’d like to introduce you to Fatima Iqbal-Zubair.

Fatima, please share your story with us. How did you get to where you are today?
I went to college thinking I was going to become a doctor. It’s all I thought I would become since I was little. I got accepted into medical school in the Caribbean. After two years, I realized that things I love always come easy to me, so maybe this wasn’t something I was in love with. Since I was told I was always good at explaining difficult concepts in an easy way to others, I decided to work as a private tutor. I did this for about three years successfully, establishing a solid full-time business as a private tutor for test prep, and Science, and I was ranked one of the top 3 tutors in the nation with my company. Tutoring has mainly taken me to wealthier areas (naturally, who else could afford a tutor?). It was during this time when I really started noticing the exorbitant wealth of some houses and places in LA and the places in LA where it was clear government didn’t give care about. There would be occasional instances where I would get to tutor low income Latinx and Black students in low-income communities and even though I grew up middle class, I felt completely at home with the authenticity and realness that I experienced while in their presence, and a genuine appreciation for what I taught them. I knew these were my favorite students to teach.

I then worked as a crosscountry coach for a boys and girls high school team (drawing on my competitive running experience from high school and college) and took both teams for the first time in their history to double league titles, second place finishes at regionals and two individuals to State. I knew teaching in a low income community was what I wanted to do — in a community like this, I wanted to learn everything I can, and bring as many resources as I can.

The best parts of my life were when I worked as a teacher at Jordan High School at Watts for 3+ years. I was at peace and my students (the smartest in the world) were my world. I served as Department Chair for two years, brought the first Robotics team to Watts (that was award-winning), Team 6904: TeraWatts, and brought new curriculum to the school. I served as New Teacher Mentor, was on the School Advisory Council and the Instructional Lead Team. I spent more time at school that I did at home (even with a young child at home), and I have no regrets. Before Watts, of course I knew of what low income Latinx and Black students and families go through daily, but after being a close mentor to my students, having long conversations with their families, being in their homes, and realizing their struggles and fears (which were amplified after Trump was elected), I realized the systemic racism that they were subject to. I branched out into the community and started doing environmental work, joining the Leadership Council at the Watts Rising Collaborative, a collaborative that is bringing sweeping environmental, economic and social changes to Watts. Around this time, I also took on the role of commissioner under my current State Assembly member. In all these roles, I asked the difficult questions, and I made sure to hold public officials accountable. I felt at home with the activists in the community, but like them, I felt a disconnect between grassroots work and what government (at every level) was delivering or failing to deliver. It grew to a point where I could no longer serve as commissioner as I felt like my Assemblyman really didn’t care about the questions we asked or if we challenged the status quo. I’m now running to replace my current Assemblyman as the next Assemblywoman of the 64th.

Great, so let’s dig a little deeper into the story – has it been an easy path overall and if not, what were the challenges you’ve had to overcome?
No, it definitely hasn’t been a smooth road! This is my first time running for office and there has been a lot to learn. For instance, I missed some important endorsement deadlines, which I would’ve known if I would have been in the realm of politics for some time. I’m running a grassroots corporate PAC free campaign and so I’m counting on those small donations, but at the same time I need to do constant voter engagement to get out our campaign message (since I wouldn’t have the money to send numerous mailers, run huge social media campaigns or hire a lot of staff). The truth is I enjoy voter engagement the most, and I feel that it’s hard to balance voter engagement with call time- if I spend time on one, the other gives, and to me I never want to give up voter engagement; it’s a constant struggle and the nature of the game. Part of the reason I’m running is to fight for publicly funded elections for this very reason. Any candidate should be able to run, and moreover candidates should be working to earn the vote of every constituent instead of calling to ask for money. I know with progressives elected that we will move towards this sort of system. In the meantime, if you can donate any amount, please donate at my website to help power our campaign: www.fatimaforassembly.com.

We’d love to hear more about your work and what you are currently focused on. What else should we know?
I’m running for State Assembly, which means that I’d represent a set of communities and cities in South LA in Sacramento. In this role, I would legislate based on the immediate need of my constituents (90% of which are Black/Latinx, and the majority of which are low-income), but ultimately I would be able to vote on and introduce bills that would affect the entire state of California.

I’m known for being an atypical politician- I’m a public school teacher and not a career politician. I didn’t plan out my political career, but I’m running because the conditions I experienced where I lived and work did not translate to the how the district was being represented by the current Assemblyman in Sacramento. The communities in my district have experienced environmental, educational and housing injustices for far too long- people in the community knew it and there has been engagement and activism for years and often decades, with their voices falling on deaf ears. It is clear that the wealthy and corporate interests are always heard, but when affordable housing is needed the excuse is that, “the legislative process takes time.” It’s time someone listened to community voices, and that’s what I’m doing, and it’s how I plan to legislate in Sacramento.

As a candidate, I’m raw and authentic. This sets us apart from most political campaigns. When I ran for office, I didn’t change who I am, the way I dressed, or the way I spoke truth to power. I, and frankly all people, are sick of scripted politicians who say one thing and mean another. People are ready for the type of authentic, truth-telling campaign we are offering, and it’s exciting.

I’m most proud of always standing by what I believe in, telling the truth in this campaign and never letting go of my civility and moral compass. Not only does this apply to me, but I make sure that if any volunteer or staffer is part of this campaign, that they internalize this also. I’m noticing how rare this is in politics and so I’m so proud of the positive way we’ve run our campaign.

Is there a characteristic or quality that you feel is essential to success?
What is most important to our success as a campaign is going to people in the communities I represent as much as I can, listening to them, and engaging with them. This type of engagement has been missing from low-income communities, and sometimes all a constituent needs to believe in our campaign is to know that we are there to listen to them and their needs, and not to listen to special interests. 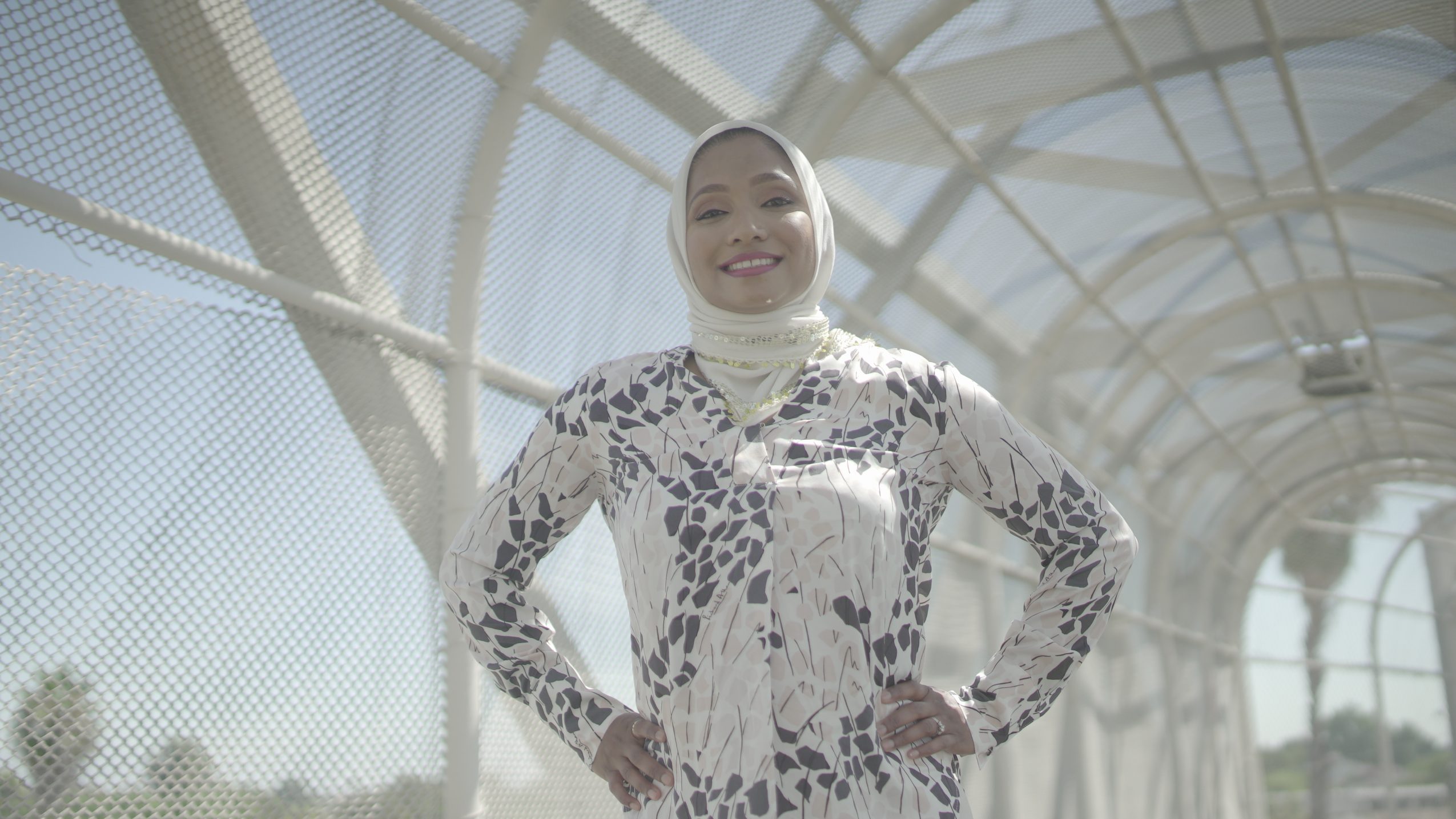