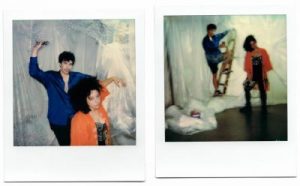 Today we’d like to introduce you to Farida Amar.

Farida, please share your story with us. How did you get to where you are today?
I grew up in the middle of nowhere, the Mojave Desert, and all of my friends were old people and wild animals. I’m sure this is why I fell in love with storytelling and the spirit of adventure.

I was never going to be normal, whatever that means. I left the desert at twelve years old and moved out of the country at fifteen. Spain, Italy, France, Portugal, England and then back to the states to attend Emerson College in Boston, MA. I tolerated Miami for a year and a half to complete my Master’s degree in Communication Theory with Florida International University and Portfolio in Art Direction with Miami Ad School.

At the age of twenty-one, I moved to Providence, RI to start my first Art Direction job with a small creative ad agency called Nail. Within a year I was recruited by Saatchi & Saatchi and moved to their Frankfurt office in Germany. There I worked like a machine on international ad campaigns and realized that the more successful I became, the more depressed I was. Something wasn’t right, so after a variety of nervous breakdowns, I quit my job and ran away to Istanbul.

The cradle of civilization seemed like a nice place to sort through my thoughts. I never returned to advertising. I freelanced for a while, but my main focus was the design and operation of my first experimental art collective, SPACE. Run by independent artists in South Boston, SPACE was what we called a “communication art research studio,” We had a physical gallery space, artist residency program and held 35 exhibitions within the first year.

We began traveling to install work in other cities including Philadelphia, Brooklyn and Los Angeles as well as El Hierro in the Canary Islands. I then opened a company called Comfort Zone Killer and played with industrial design. After obtaining my first US Patent, I decided I missed the energy of an art collective and started another one called Unraveled Artists. Unraveled was designed for independent musicians and we brought in all kinds of visual artists and performance artists to work with the musicians.

We grew to 300 artists in ten countries and hosted many shows, a music festival, and two national tours. Then, I decided to become a pilot. I stepped away from artwork for a year or so while in helicopter flight training. That was really hard for me, but flight school is quite demanding, and I was determined to follow through without killing myself. Then, I was asked to join SOVO// Magazine as their Creative Director and couldn’t resist the opportunity.

The other people who started SOVO// have since left and, now I run it with the artists directly. I’ve even started an Art Board, so they have a real place to speak and influence the company they are helping me build. We have a beautiful quarterly print publication exploring self-identity which only publishes original analog film photography.

We work with instant, 35mm, 120 and 4×5 film and recently added super 8 and 16mm to the mix. We have what we call “half issues” where we offer mentorship and solo shows for two of our contributing visual artists a year which are accompanied by published materials which we also exhibit and sell. We also just started a writers residency this year, and there is the talk around opening a film division and a clothing line. It’s wild.

I never thought I would end up running a publication, but now that I am I can see how it pulls from every aspect of my past learnings and challenges me everyday in new ways. I can’t imagine doing anything else. Except for flying, I am still doing that, and I am now working on a commercial fixed-wing license. So, there may be a SOVO// plane someday! Hah.

Has it been a smooth road?
Nothing about the life I’ve chosen has been easy, things don’t just “arrive,” you have to work for them.

I do have to state, however, that it is a real privilege to live in this country and to have a support network of family and friends who encourage the pursuit of my dreams and odd approaches to living. Not everyone can (literally) afford to do so. I have traveled a lot, and the majority of people I’ve met are trying to live and to feed their kids every day. Fighting for access to health care and basic human rights.

I know plenty of artists who have nothing and who just can’t help themselves, they have to create; it’s who they are, and they pay the price. For many, leaving a stable job would be considered insanity. I am actively trying to do something good for them with the opportunities I’ve been afforded by a combination of luck, circumstance and hard work.

We’d love to hear more about your business.
SOVO// Magazine was born in South Los Angeles in 2018. The platform’s conception was brought about by a convergence of creatives, from a multitude of artistic backgrounds to employ experimental storytelling techniques with transformative results.

SOVO// believes that ideas and creative innovation often originate in surprising or overlooked places. Our ethos centers on ingenuity and engagement; we aim to inspire, encouraging introspective considerations on the nature of being, and to help our readers discover surprising perspectives of themselves and the world around them.

In the spirit of SOVO//, we welcome the weirdness, the madness, and the unprecedented. We encourage you to join us in celebrating such qualities.

QUARTERLY WHOLE ISSUES:
Our signature production is the quarterly limited edition print magazine which comes in a unique acrylic packaging and is tailored to a theme or topic of interest. Experimental format and printing techniques allow the viewer to feel the magazine itself as an artistic experience. SOVO// only publishes original photography shot on film, and all offset printing is undergone in Los Angeles.

To date, we have used (and featured) 35mm, 120 and 4×5 film, 600 and FP-100c instant film, and stills from Super 8, 16mm, and VHS. While no two editions are alike, all reflect the internal process of the individual’s personal exploration to self-express and the resulting ability to curate your life. To celebrate and share this creative output, each issue release is accompanied by an immersive event.

BIANNUAL HALF ISSUES:
Biannual half issues are an endeavor close to our heart. SOVO// features promising entry-level visual artists, selected by the Creative Director, by arranging and producing first-time solo exhibitions. SOVO// publishes printed material, planned by the exhibiting artist without any rules or guidelines regarding format, which is then presented and sold to provide context for the artworks on display. Integral to our mission is ensuring that the artist maintains 100% of the revenue from the sales of their original artwork. This lays the foundation of a philanthropic initiative to bridge emerging local artists into the industry.

In addition to these tangible publications, SOVO// hosts an ever-expanding online platform manages a private collection of fine art and offers an annual writers residency. Growth and learning through development and healing are core to our frame of approach. For us, the autonomy of the artist is precious and desperately needs a place where it can unfold to its full, most beautiful, and most authentic potential. We aim to facilitate the visionary, risky, breathtaking, life-changing, and incendiary ideas that might not find support elsewhere.

Is our city a good place to do what you do?
Within the first six months of living in Los Angeles, I was elected to the Downtown Los Angeles City council in the division of Arts and Culture.

It was a very frustrating position to have because the city seemed entirely focused on hosting huge, fancy events such as the Jay-Z and Beyonce Made in America tour as well as major arts industry events like the Grammys and the Oscars. We were not elected by the people to represent corporations, we were elected to represent individual constituents.

I spent most board meetings trying to advocate for the local, struggling independent artist. The system is broken because I could not make a difference without a certain number of votes and the priorities are commercial, not local. So, I stepped down after my two-year term and did not run for re-election. I went back to what I know, boots to the ground, DIY anarchy. I rolled up my sleeves and went back to do one on one work with the people I care about most — the local, living artist.

One of my larger issues was with the local museums not exhibiting the work of LA artists. Everyone wants to spend an exorbitant amount of money on the loan, transport, insurance, and transportation of artwork from New York or Europe rather than offer the wall space to any of the thousands of overqualified artists just outside their doors. This seems to be improving slightly in recent years, and I’m excited about that.

Right now, there is a huge influx of industry art dealers and buyers flooding the Los Angeles art scene, and while I like the artwork of the deceased masters as much as the next guy, I am sincerely concerned about the focus of local galleries shifting from living contemporary local artists to blue-chip artists exclusively. I guess we will have to see how that pans out over the next few years. 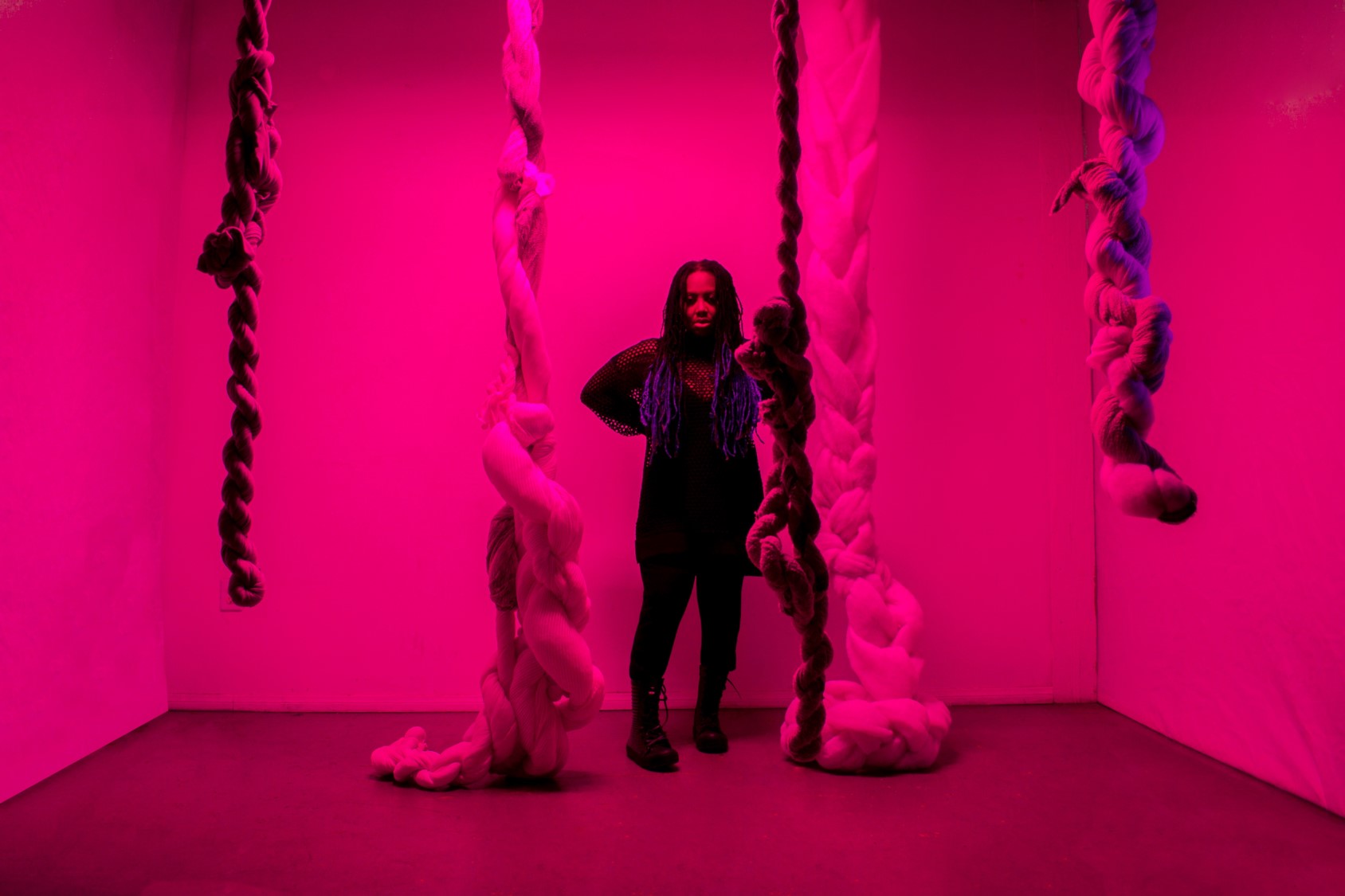 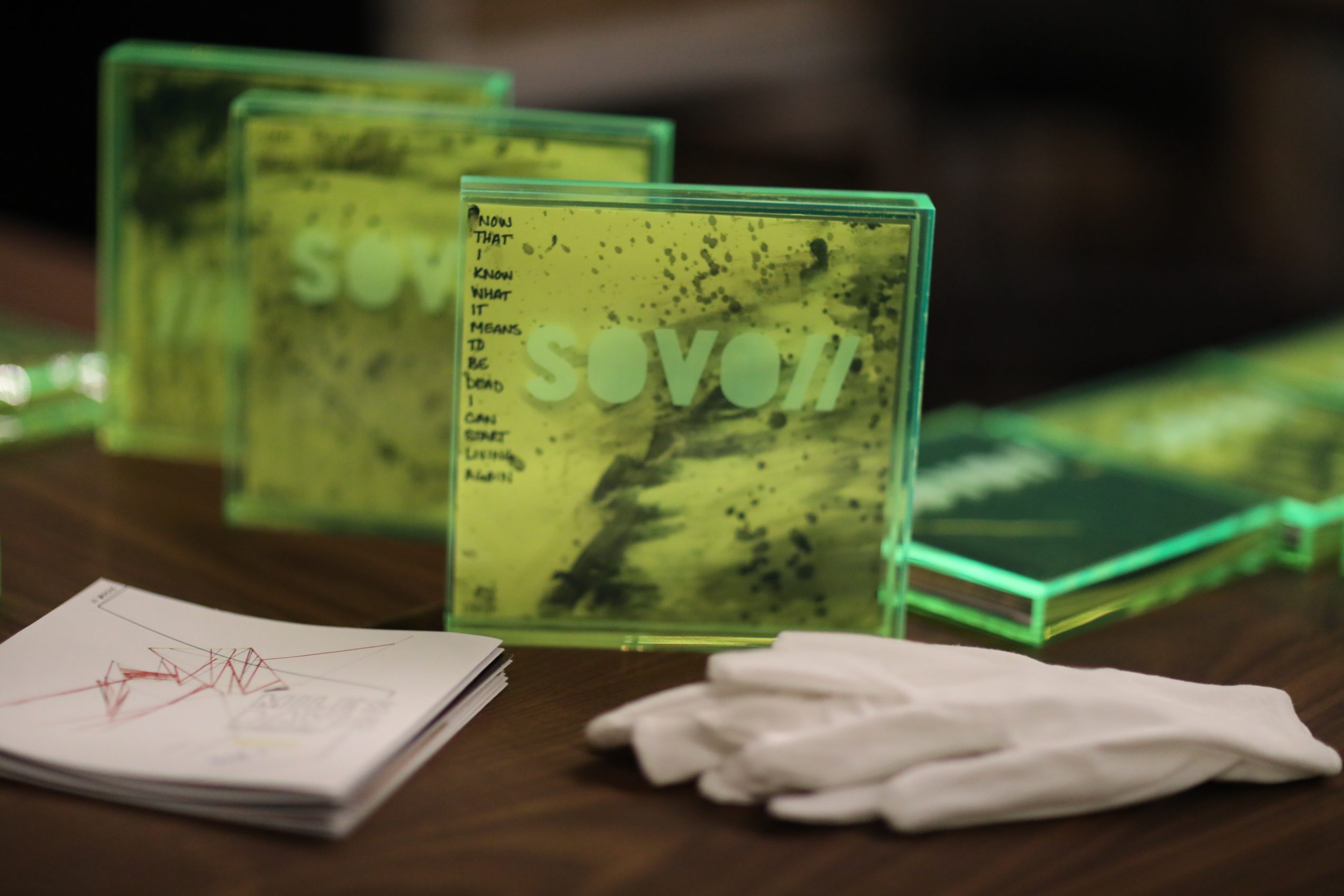 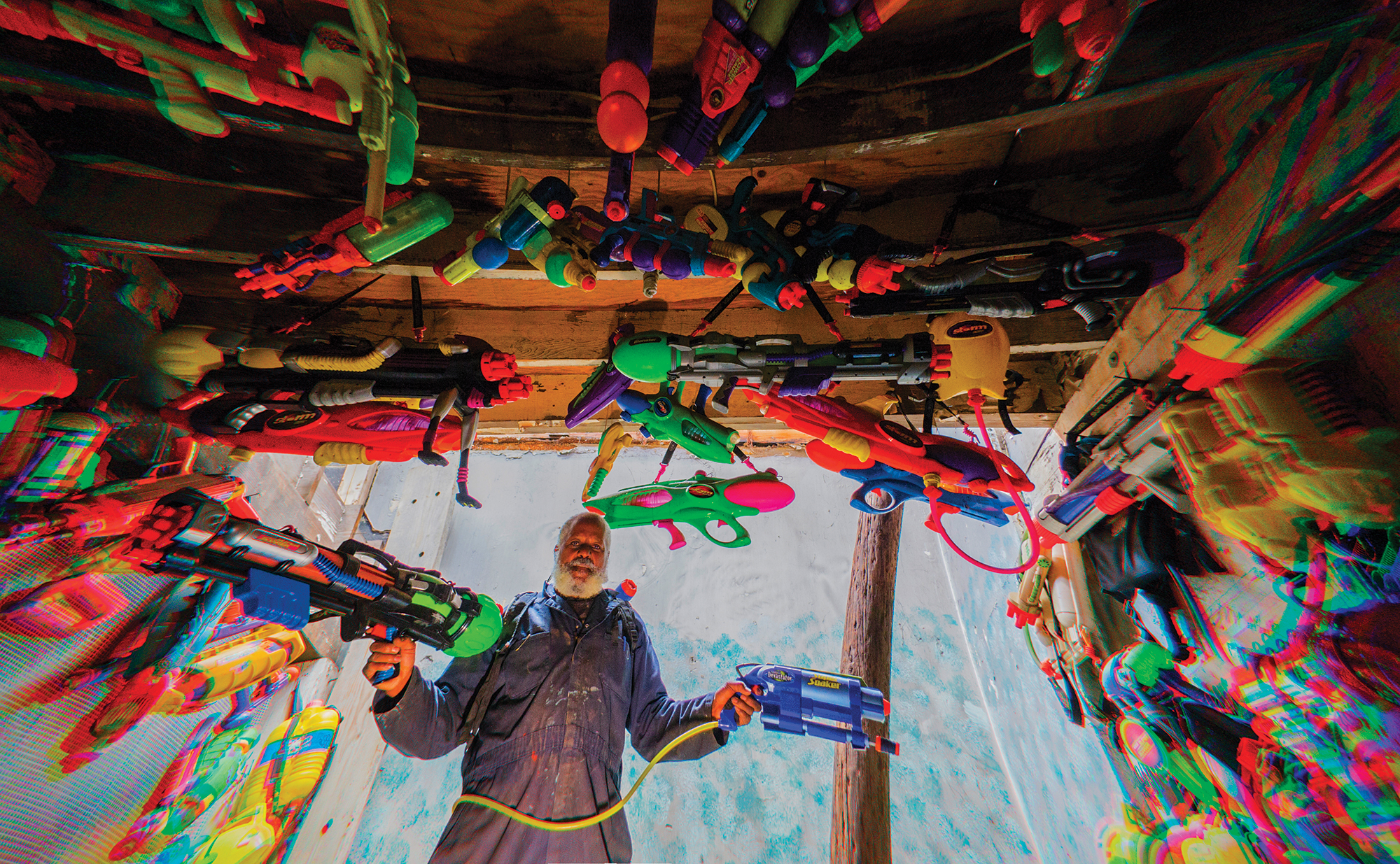