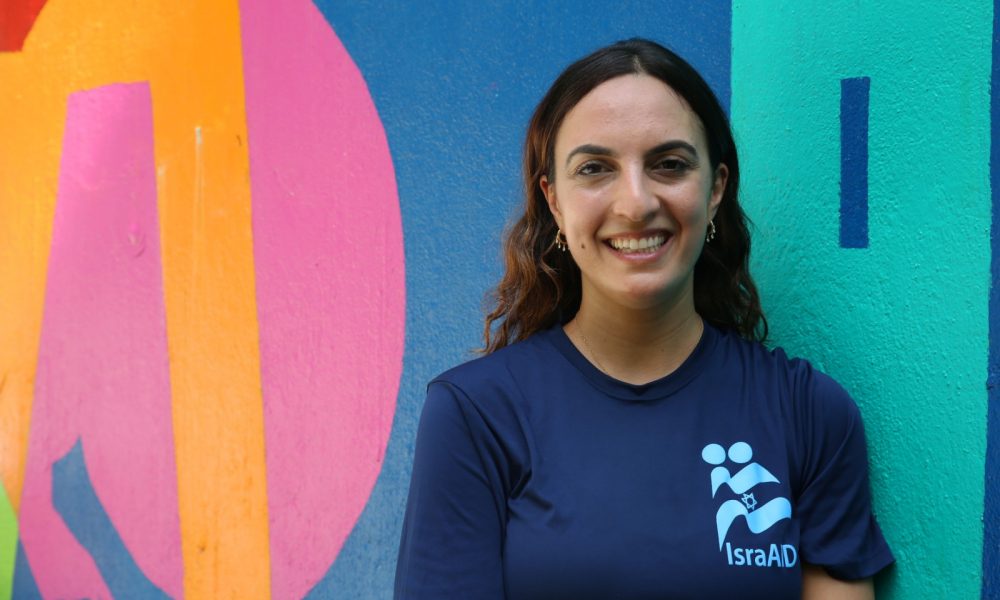 Today we’d like to introduce you to Farah Shamolian, MPH (Master of Public Health) working in international humanitarian aid.

Farah, can you briefly walk us through your story – how you started and how you got to where you are today.
My story begins in 2009 when I was a 19 year-old junior at UCLA. I was passionate about so many things, however, I did not quite know what career path I wanted to pursue. It all changed when I was driving to school on February 26, 2009 and tuned into NPR’s morning segment, featuring UCLA Public Health professor Dr. Antronette Yancey. Every single moment of this segment was like listening to golden nuggets of wisdom, I had my aha “lightbulb” moment. Dr. Yancey spoke about the impact lifelong exercise has on one’s overall good health and workplace productivity. I have always been interested in reducing health disparities, but I didn’t have much exposure to field of Public Health and how one could ever make this happen. I immediately emailed Dr. Yancey about my great interest and wanting to get involved. After I graduated college, I got a job as a data collector on her research study, the WORKING Project, which influences organizations to incorporate physical activity and healthier food choices into workplace routine. One year later, I got accepted to UCLA’s School of Public Health and was looking forward to the day where I could be a student in Dr. Yancey’s classroom. However, in the Fall of 2012 when I was enrolled in her co-taught Obesity Prevention Seminar, she was diagnosed with lung cancer and could not teach in person. My hero, Dr. Toni Yancey, had lung cancer!? She did not smoke one cigarette in her lifetime. She left behind a legacy as a physician and a public health researcher and activist. She was also a poet and author, a former model and, at 6’2″, a Division I basketball player during her undergraduate years at Northwestern. Dr. Yancey inspired me and showed me what a true hero is: Someone who cares about reducing disparities and actually does something about it. She lit a fire in me, and I will forever be grateful for the impact she made on me and my stamp on this world.

The summer of 2012, I found myself in the urban slums of India, working towards women’s empowerment and the reduction of the diarrheal disease, the 2nd underlying cause of mortality in the Indore region. I spent months working with populations implementing Public Health programs. This is where I had my second lightbulb moment. I thought to myself, there are millions of people in the world that are dying and/or sick from preventable illnesses, I need to do something about it. After my experience in India, I found myself committed to reducing global health disparities and traveling the world to learn and grow as much as I could. I visited Haiti and implented my hygiene programs there and went back to India again, and was privileged to implement programs for communities in need. But I also realized that I wanted to make a difference in my own community. So I started two initiatives– The Skribe Magazine (theskribe.com) is a community-based online and print magazine featuring issues in the Los Angeles Jewish Community. Chaya Community (chayacommunity.com) is an initiative that I started with two friends, Dorsa B. Kay and Nicole Nowparvar, to create a more empowered Jewish Iranian Community by deepening one’s sense of self and cultivating meaningful connections. This was all on a volunteer basis.

After many years of moving around from unpaid internships and unfulfilling jobs, I fortunately met Yotam Polizer, CEO of an aid organization called IsraAID, at a panel event at UCLA talking about the global refugee crisis. After hearing his presentation and the impact IsraAID was making on refugee lives (and people around the world) who were at risk, I knew I had to do something. Six months later, I was deployed to Greece to work with refugees then to Guatemala as Head of Mission of our response to the volcano eruption in 2018 (read subsequent questions for more details). In short, I never thought that I could ever make a difference or impact on people’s lives or the world. My yearning to help others transitioned into a career in humanitarian aid inspiring others to do so as well and a deep passion in building meaningful communities.

We’d love to hear more about your work and what you are currently focused on. What else should we know?
I am the director of IsraAID’s Humanitarian Professionals Roster which is an international collective concerned with local and global humanitarian aid and with IsraAID’s recovery work. Members receive trainings on humanitarian relief, international development and disaster response topics from Israeli experts. Founded in 2001, IsraAID is an Israel-based international NGO and Humanitarian Aid Agency that has done emergency rescue and recovery work in 51 countries. IsraAID is a non-denominational, apolitical, professional humanitarian aid agency founded to support communities in crisis around the world. We have staff and volunteers of all religions and none, and a large proportion of our staff and volunteers internationally come from the communities and countries we are supporting. We’re proud of our diversity as an organization.

As a Public Health Professional, I have deployed with IsraAID 3 times in the last 2 years. 2 of these times were to engage with Syrian refugees who fled to Thessaloniki, Greece after enduring eight years of brutal Civil War in their home country. The Syrian refugee crisis, with more than 5 million externally displaced persons, is the world’s worst refugee crisis since World War II. In June 2018, I was the Head of Mission in Guatemala, where our IsraAID disaster response team responded to a catastrophic eruption of the Fuego Volcano on June 3, affecting more than 1.7 million people in three Guatemalan states. Entire villages were surprised and buried by clouds of ash and deadly lava flows. Fuego is about 27 miles southwest of Guatemala City.

In Greece, our diverse team worked together over the course of 3 months (November-January 2018) to administer humanitarian programs for refugees from a host of nations, including: Syria, Iraq, Afghanistan, Iran, and Kurdistan. These people (men, women, young and elderly), fled their homes and left their lives behind in hopes of finding safety and stability. IsraAID provided emergency relief for them in various stages of their journey: from the lifeboats coming from Turkey across the Mediterranean onto the island of Lesvos, and for some of them, onto the mainland of Thessaloniki, Greece. As a native Los Angeles Persian-Jewish woman, the term refugee was not foreign to me– My parents are refugees from Iran. I have heard about recent refugees. I have read about refugees. I have watched documentaries about refugees. And I’ve seen the staggering statistics about refugees. However, it was only after working with “refugees” day in and day out, that I was able to truly understand the devastation and turmoil that accompanies this status. I witnessed the largest humanitarian crisis of our time play out before my eyes. The most striking experience of my time there was when I made a speech to about 250 refugee community members in Farsi which was translated by the community members from Farsi to Kurdish and Kurdish to Arabic about our programs that we were unveiling. It was at that moment when I felt an immense amount of pride. I saw the impact IsraAID has on a global level–we are operating programs around the world providing aid to some of the world’s most vulnerable populations.

Every day while working in the field in Guatemala and Greece, I would not only think of all the blessings we have here in the U.S., but also of my amazing community here in Los Angeles, I have been inspired to actualize this extraordinary potential, to connect the great professional talent in L.A. and beyond, in order to respond with IsraAID to people around the world in their time of greatest need. Many people who first hear about IsraAID – no matter where they come from – are surprised to hear about the scope of our work for an organization of this size, and of course the fact of our extensive and long-term work with refugees from countries that do not have diplomatic relations with Israel and in some cases are still officially at war with the country is often unexpected. But for us, what’s important is that there are communities experiencing disaster and emergency, and we have the tools to provide both immediate and long-term support. I think one of the most amazing things about our work and about humanitarian relief more generally is that it encourages everyone to cast off easy stereotypes and focus on our common humanity in order to do what’s needed. Ultimately, that’s why IsraAID exists – and why I’m proud to work here.

Is our city a good place to do what you do?
Definitely. IsraAID is looking for individuals who want to join our movement. We are looking for leaders, volunteers, and professionals in the medical, dental, mental health, engineering, and other sectors (i.e., photographers, writers, interior designers, educators, and etc.) who are passionate about humanitarian issues and interested in supporting efforts domestically and around the world with IsraAID.

One of the best ways to get involved with IsraAID, especially if you live in the U.S., is to join the professionals roster. We’re always looking for people who would like to use their professional skills to support populations in need, and foreign language speakers are particularly useful. To join our roster or for more information here, please visit: bit.ly/israaidihpn 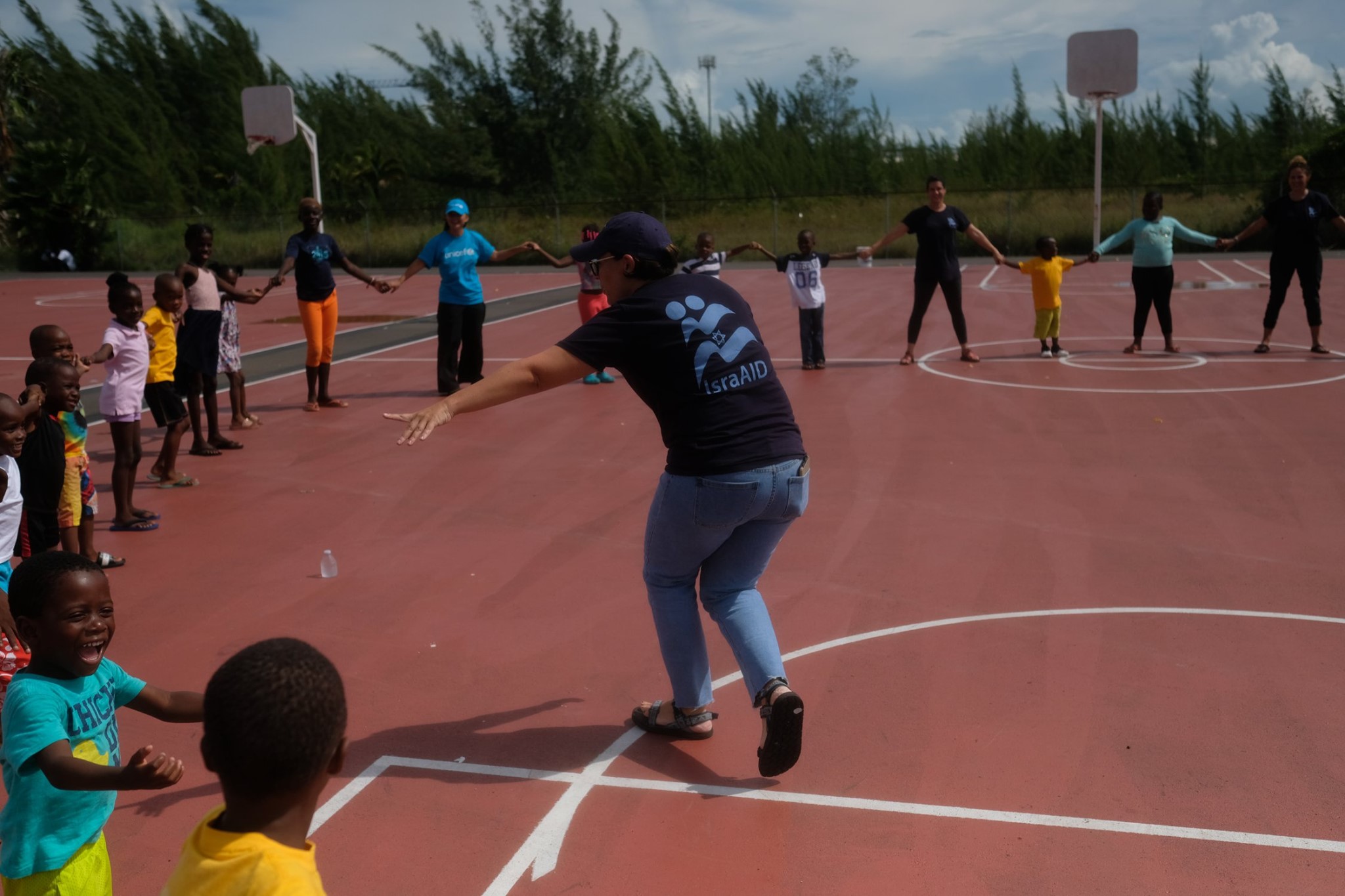 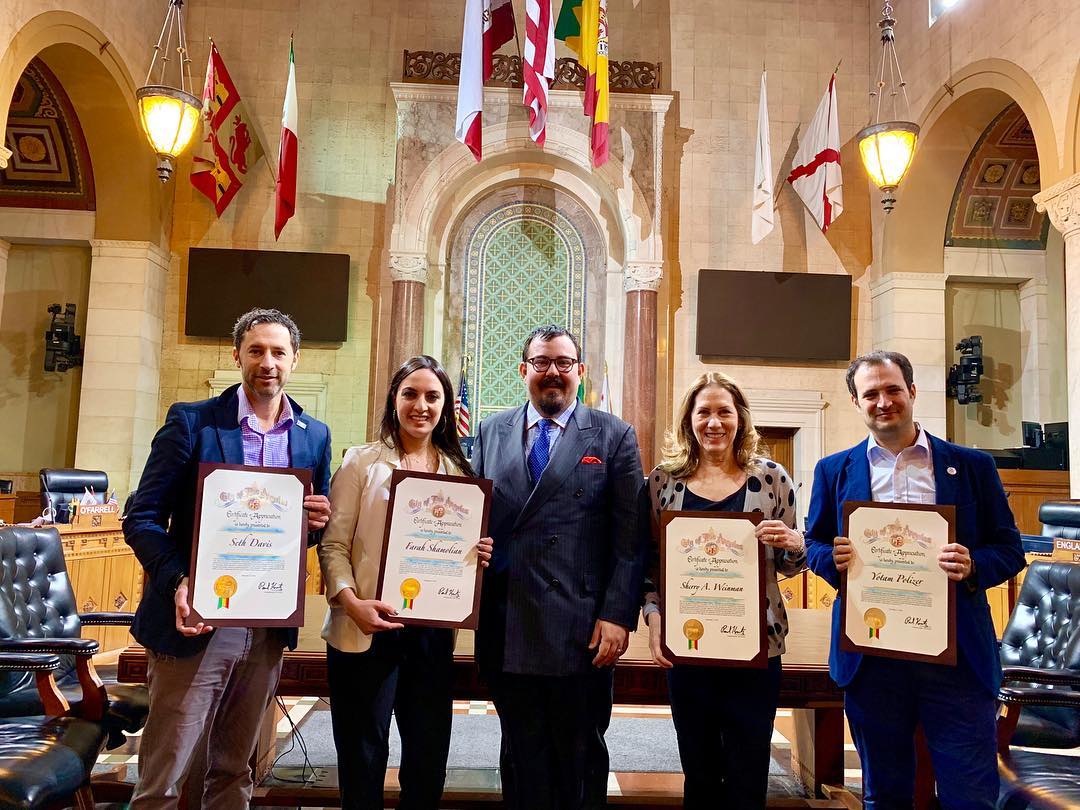 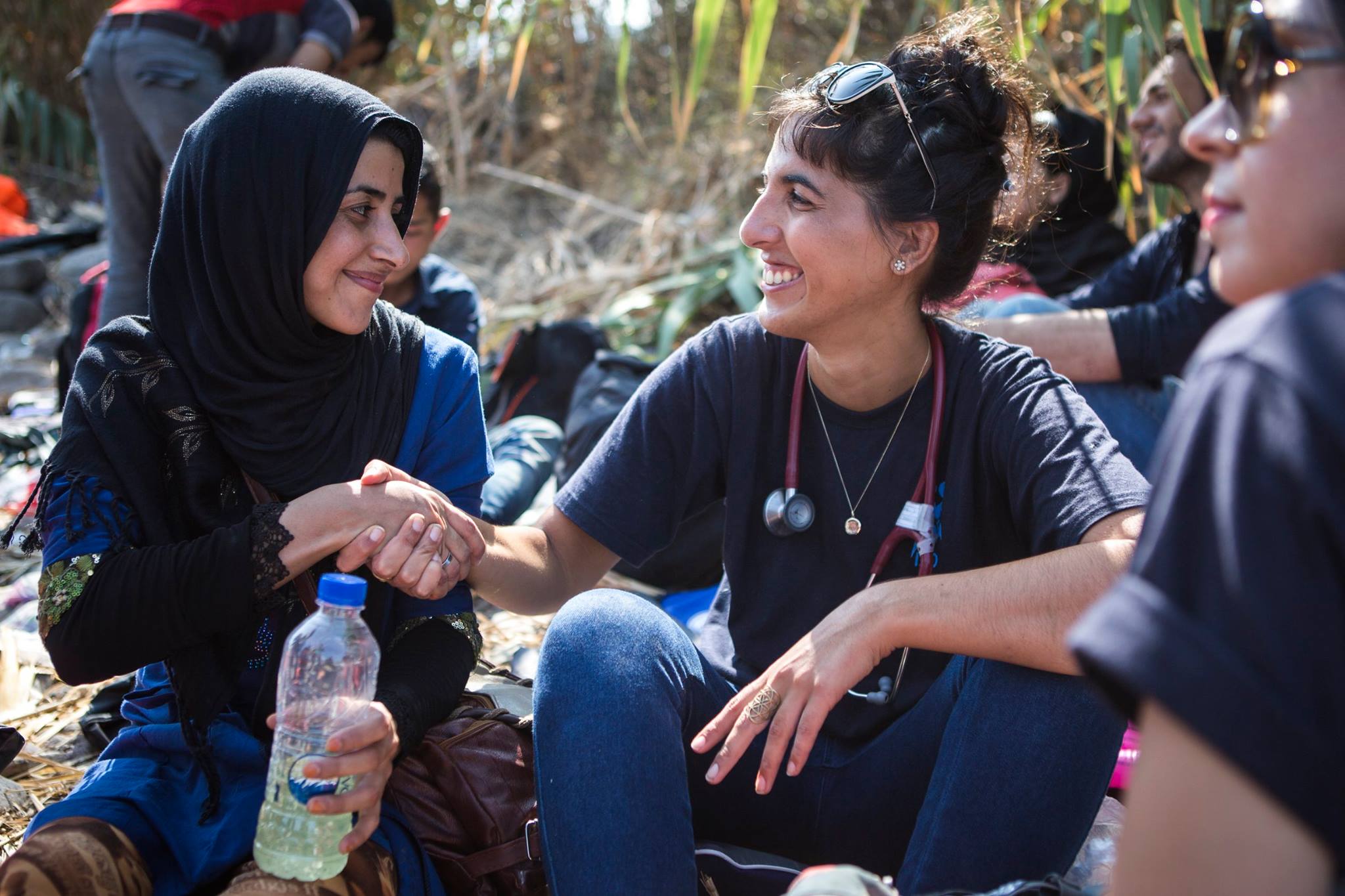 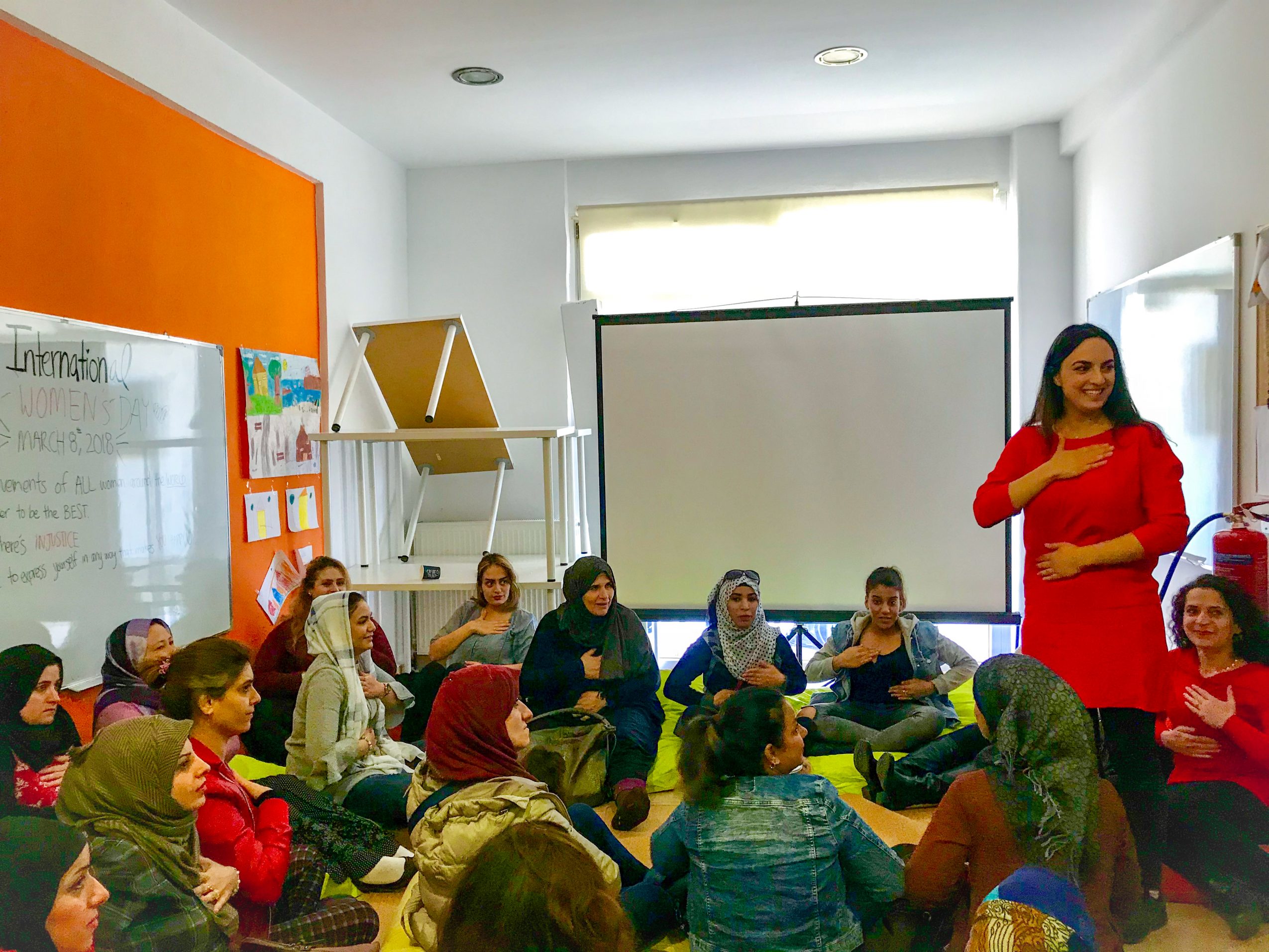 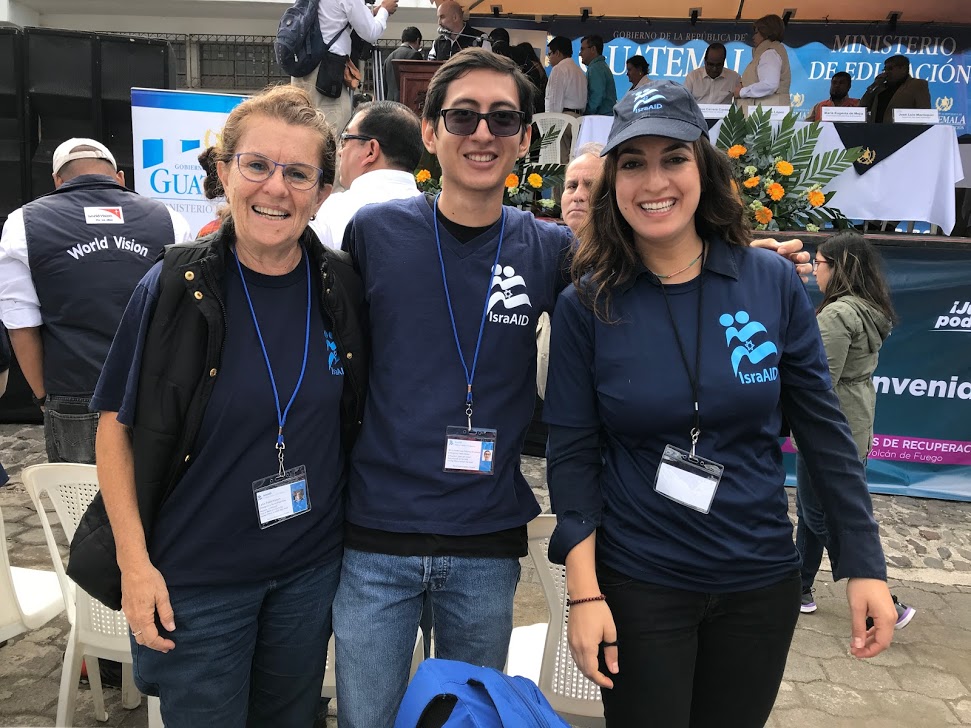 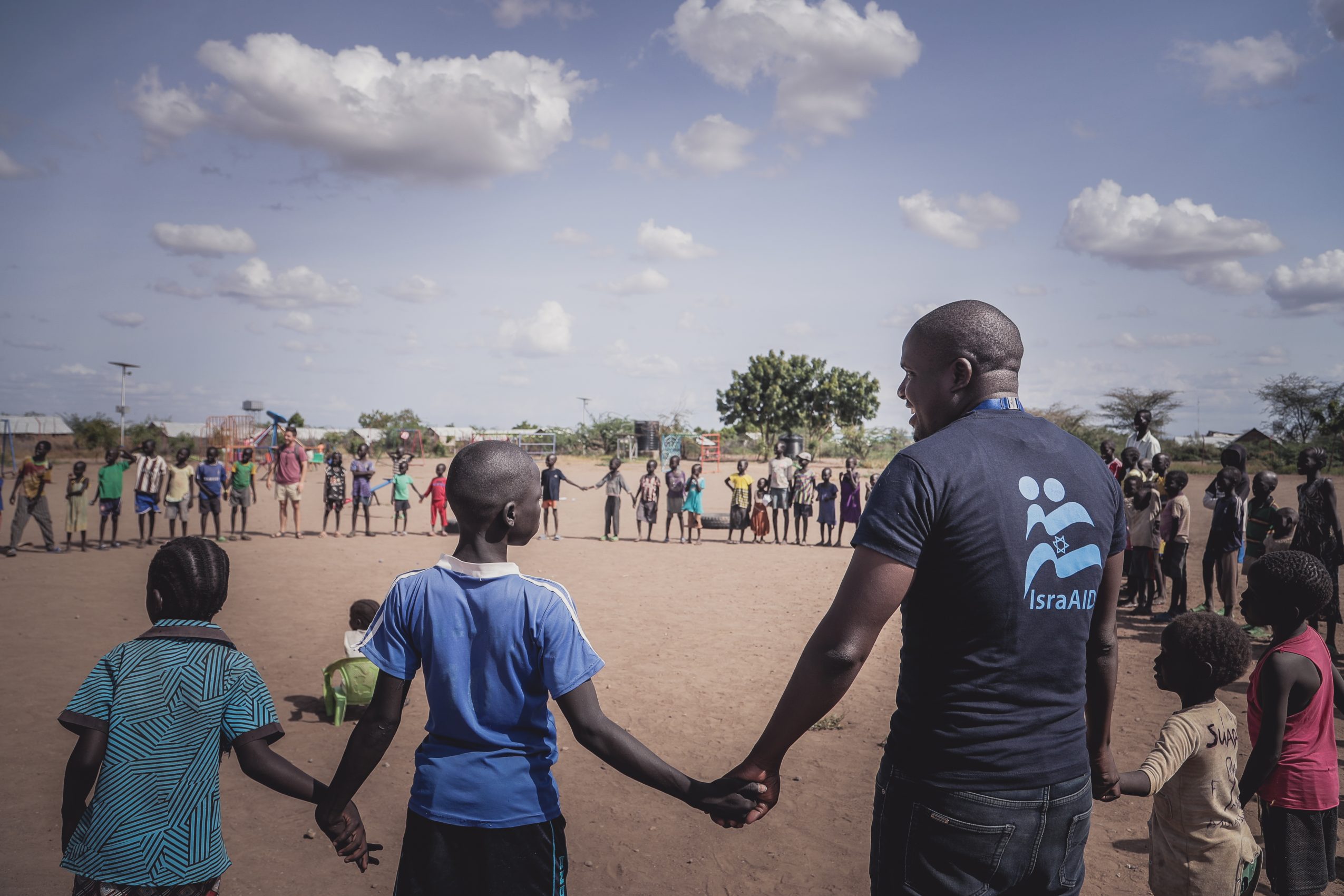 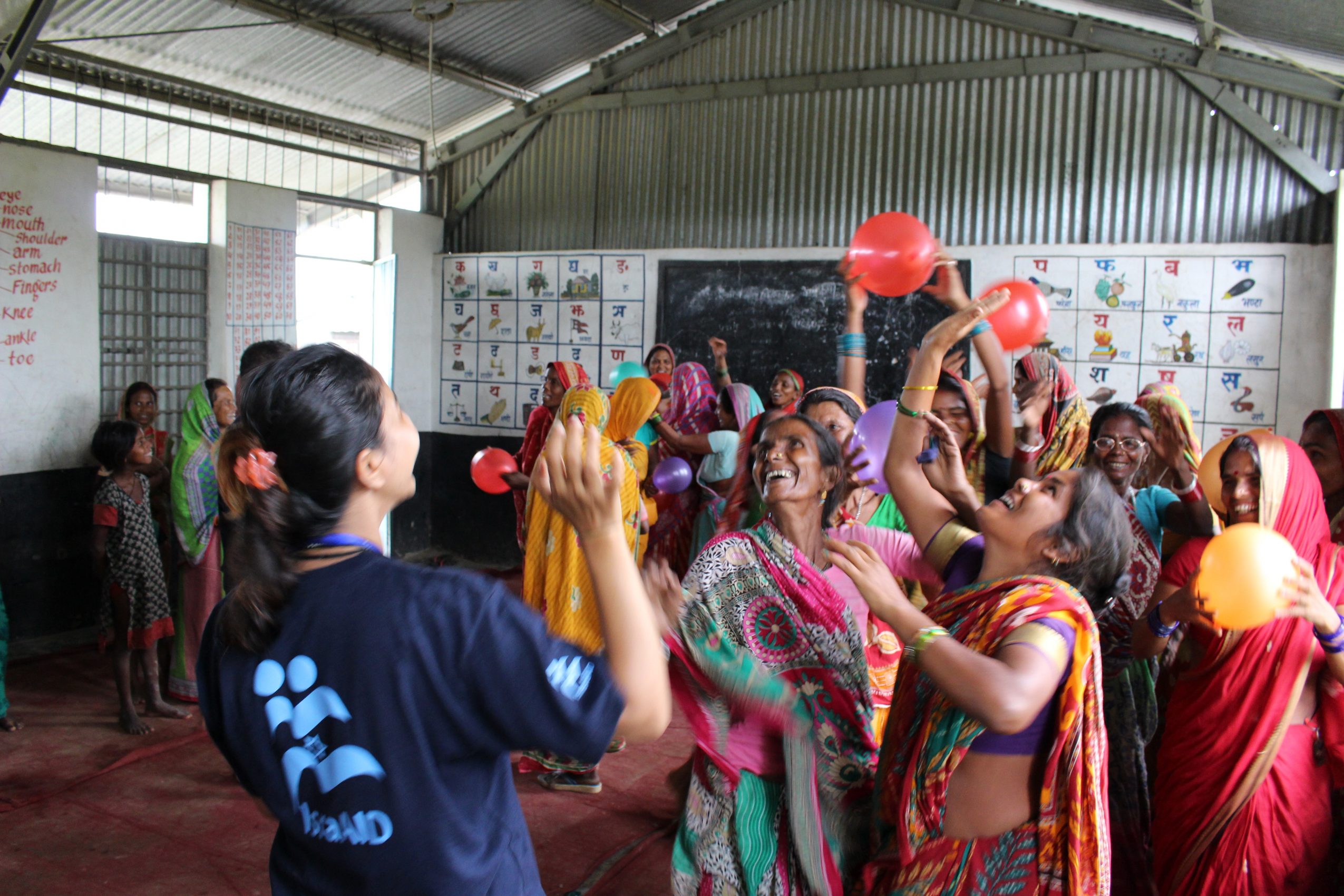 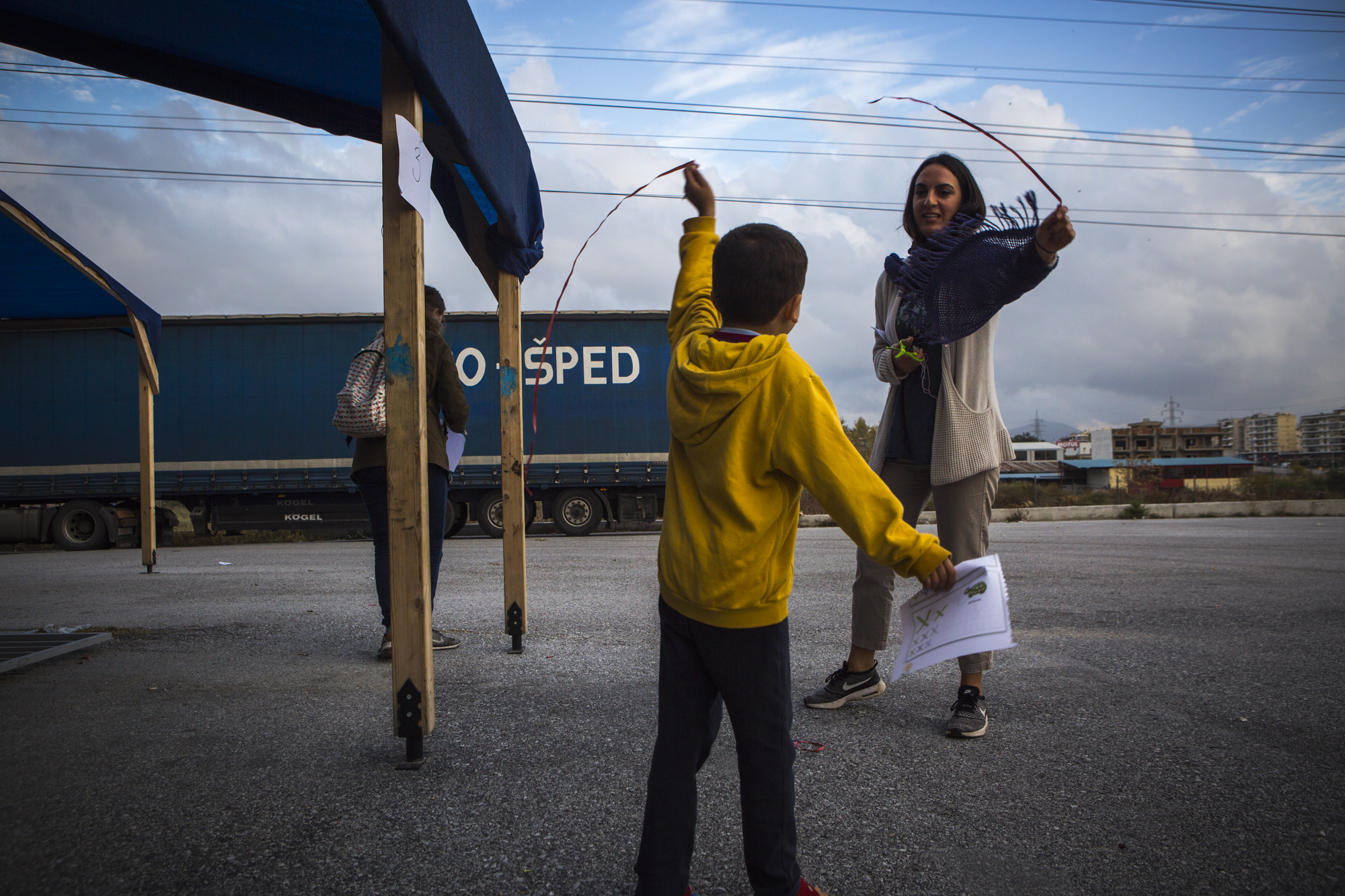 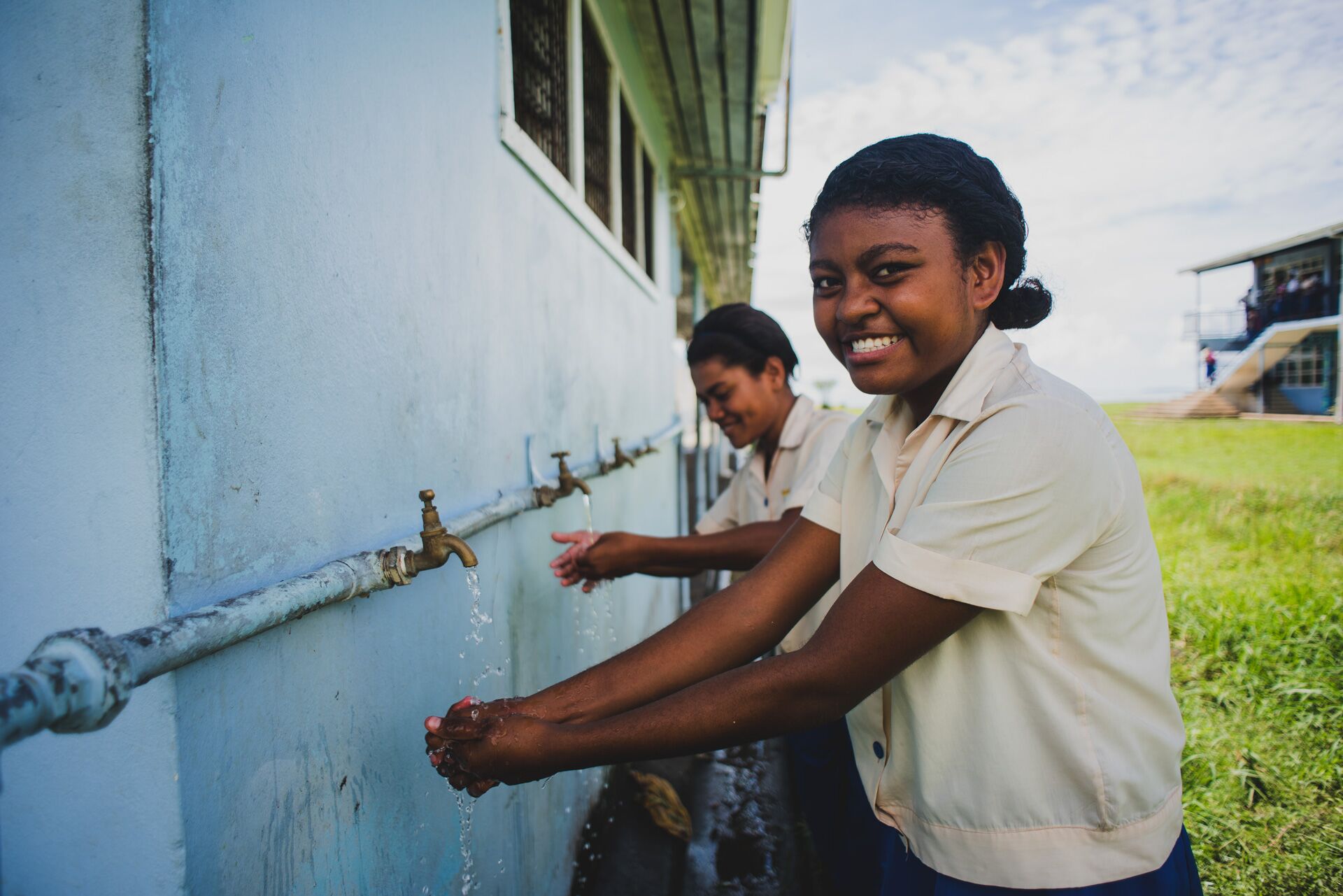