Meet Evie Yapelli of Show Pigeon in the town of Orange 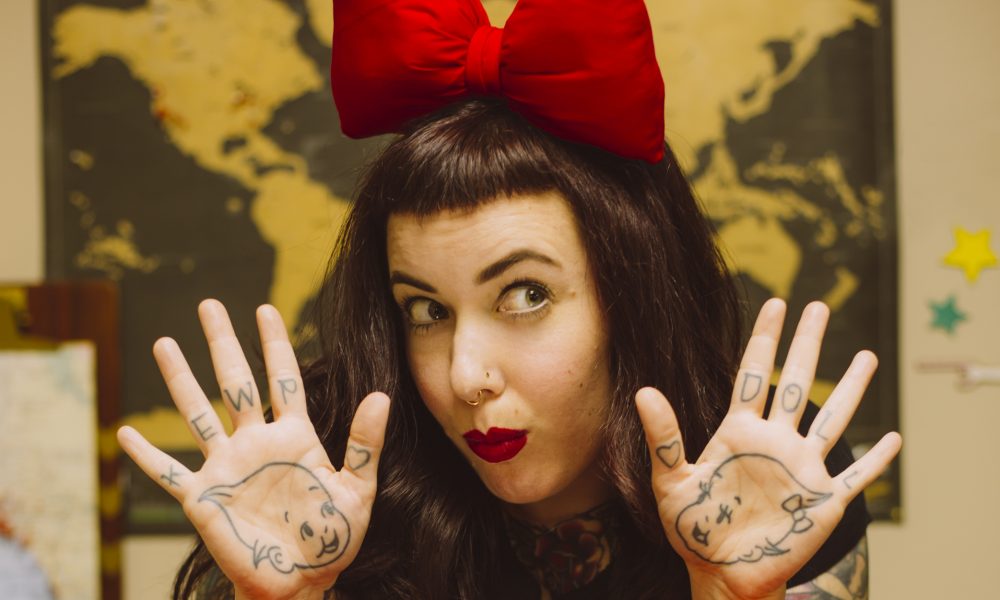 Today we’d like to introduce you to Evie Yapelli.

Evie, please share your story with us. How did you get to where you are today?
Okay, here’s childhood to age 37 in a nutshell. 🙂 Everyone asks me if I always wanted to be a tattooer, and the answer is absolutely not. It didn’t even occur to me as a possibility until I was 27 years old. I was a real people pleasing straight-laced kind of kid from an academic family in the suburbs of Chicago.

My parents both have PhDs and I figured that was my path too. I was always creative; I tried to write novels and TV scripts, usually getting only about 2 pages in. I hosted embarrassing open-mic poetry nights at the local coffee shop. I took art classes in school and was in all of the plays. When it was time for college I thought about going to art school but I was afraid it wasn’t practical, so I went to a liberal arts school in Chicago and tried to find a “real” career path. Eventually, I graduated and couldn’t stomach the idea of working in an office so I fell into some odd jobs instead.

During all of this, I was also dealing with what I found out much later was a mood disorder. I was pretty miserable and aimless in my odd jobs and I ended up being voluntarily hospitalized for depression. That marked a significant shift in my thinking. Basically, I realized I’d been trying so hard to be what I thought everyone else wanted that I didn’t even know what I wanted, and it was quite nearly killing me. Part of my journey out of that was doing small things just for me, just because I wanted to. One of those things was getting my first tattoo, and then my second, etc, and eventually I realized that I’d fallen in love with tattoos and I wanted to pursue an apprenticeship. I took some time to put together a portfolio of rudimentary tattoo flash and started looking for teachers.

After some frustration and dashed hopes, I found a great mentor. She trained me and then I worked with her for the beginning years of my career. Then, in 2012, my husband and I moved to Southern California with the company he works for. I found a tattoo studio that was also an art gallery and worked there for about three years. With time my tattoos got a lot better and my paintings got a lot more professional, and I had the opportunity to be in art shows and have yearly solo exhibitions. At a certain point, I started to outgrow the studio and began looking into opening my own place. In 2016, I opened Show Pigeon Tattoo, and since then my work has been growing in all sorts of crazy new ways.

Great, so let’s dig a little deeper into the story – has it been an easy path overall and if not, what were the challenges you’ve had to overcome?
I mean, is it ever? Looking back I can’t believe how quickly I progressed in the grand scheme of things, but at the time each part felt like it was taking forever. Getting a tattoo apprenticeship is very difficult and getting a good one is even harder. Mine was great, but once I had it I was my own worst critic and the whole thing felt overwhelming and impossible. I used to go home every day convinced I’d never been able to do it. For the first three years I was pretty consistently terrified, and then once I started getting comfortable my husband found out his company was moving across the country and they wanted him to come.

He’d been so supportive during my apprenticeship that I wasn’t about to say no to him following his own dream job, but I also couldn’t conceive of changing my plans and starting over in a brand new place. My mentor was really amazing and basically helped me see that it could open up opportunities for me too. And of course, it did. At the time it felt like my world would get smaller and lonelier, and I guess it did for a little while, but in the long term it opened me up to so much more. Now that I’ve been here for almost 6 years I can’t believe what I’ve accomplished.

Show Pigeon – what should we know? What do you guys do best? What sets you apart from the competition?
Show Pigeon is my business but it’s also me. I tattoo and paint under that moniker and it’s the name of my private studio in Orange. I’m the solo full-time artist there and I also host guest artists throughout the year, some from out of state and some local tattooers who join me for special events like holiday pop-ups or fundraisers for charitable organizations.

Outside of my tattoo work I also love working with other types of artists. I’ve had the opportunity to collaborate on fashion and fine art and contribute to published texts. My favorite non-tattoo project so far has been my art doll collaboration with Bitter Squeaks, where we took a character I illustrated and made her into a hand-painted three-dimensional doll using a previously unproduced original mold by famed toy designer Edward Mobley. That whole process was amazing and challenging, and a dream come true.

In terms of what sets my work apart, it has a unique look rooted in my love of Traditional American tattoos, vintage illustration, and pop culture. I can see hints of what I do now in my early work, even in the very first tattoo flash I painted when I was pursuing an apprenticeship, but it’s come a long way and solidified into a characteristic style. I use a limited palette of black, red, and gold, and my subject matter references themes from the Victorian era through the 1960s. There’s a lot of nostalgia in my work, and I think that’s what resonates with a lot of my clients.

What moment in your career do you look back most fondly on?
It’s the things I couldn’t initially conceive of that I’m most proud of. Even though learning to tattoo seemed overwhelming, I had some idea that I’d get there eventually.

But learning the technical aspects of tattoo machines, for example, seemed entirely inconceivable when I started. The fact that I know how to take apart machines, put them back together, tune and care for them is something I’m very proud of.

Equally, there was a long time when I couldn’t conceive of even wanting my own studio. But eventually, I could tell that the scale of cost and benefit was starting to tip, that the extra responsibility of being in charge was starting to feel worth it to get to do things the way I wanted to do them. So obviously opening my own studio was a very proud moment, and now that I’m in my third successful year I’m absolutely beaming. 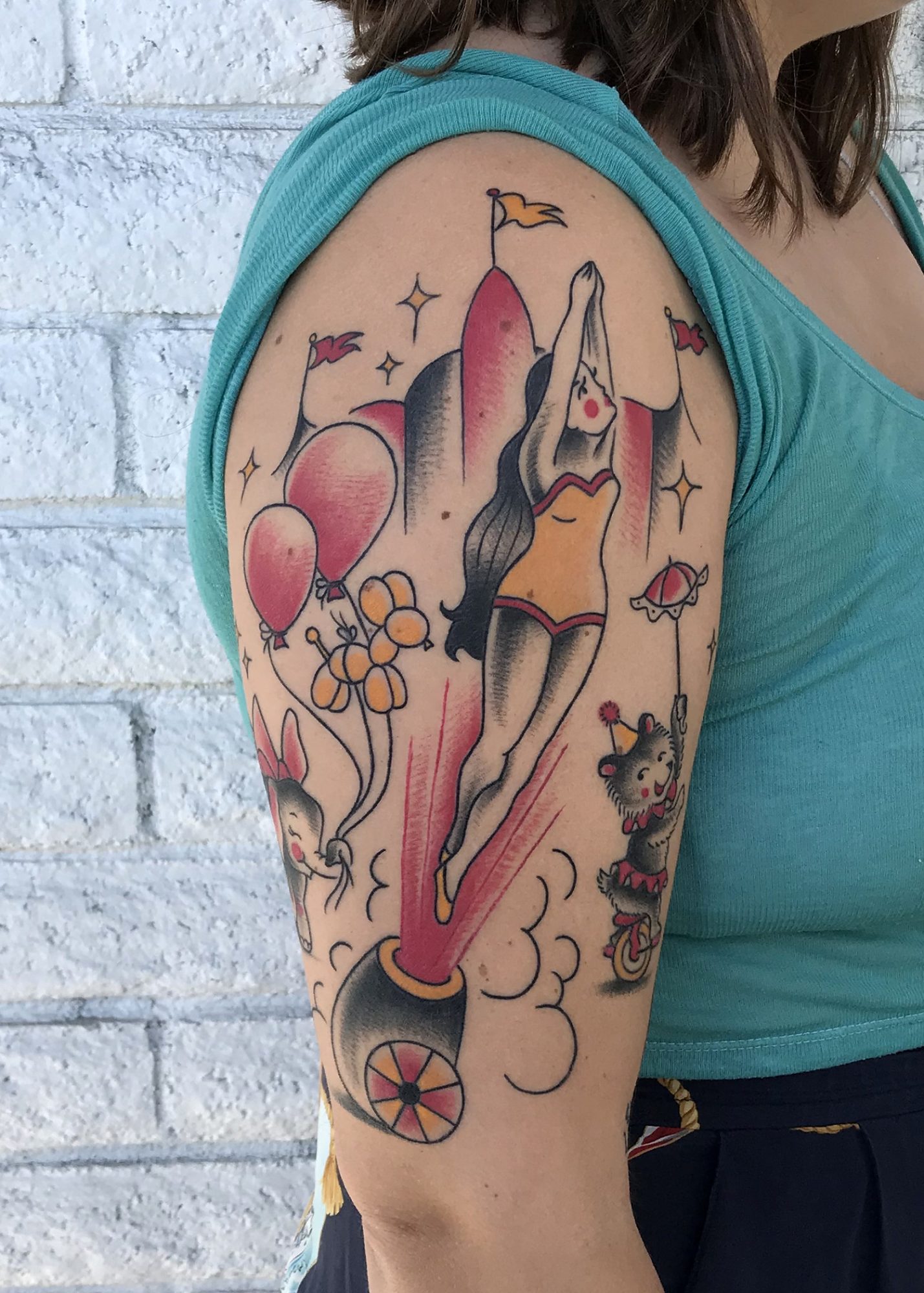 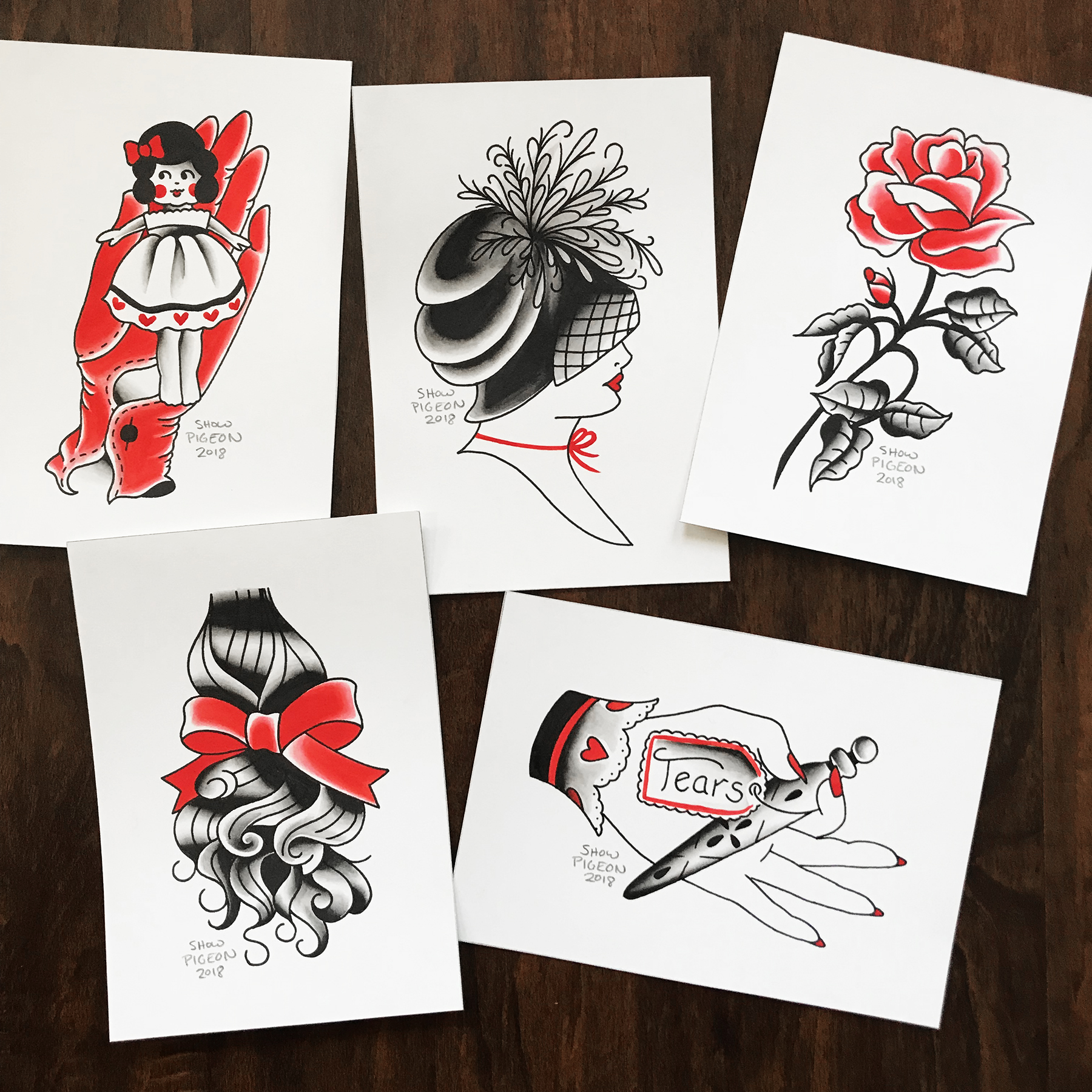 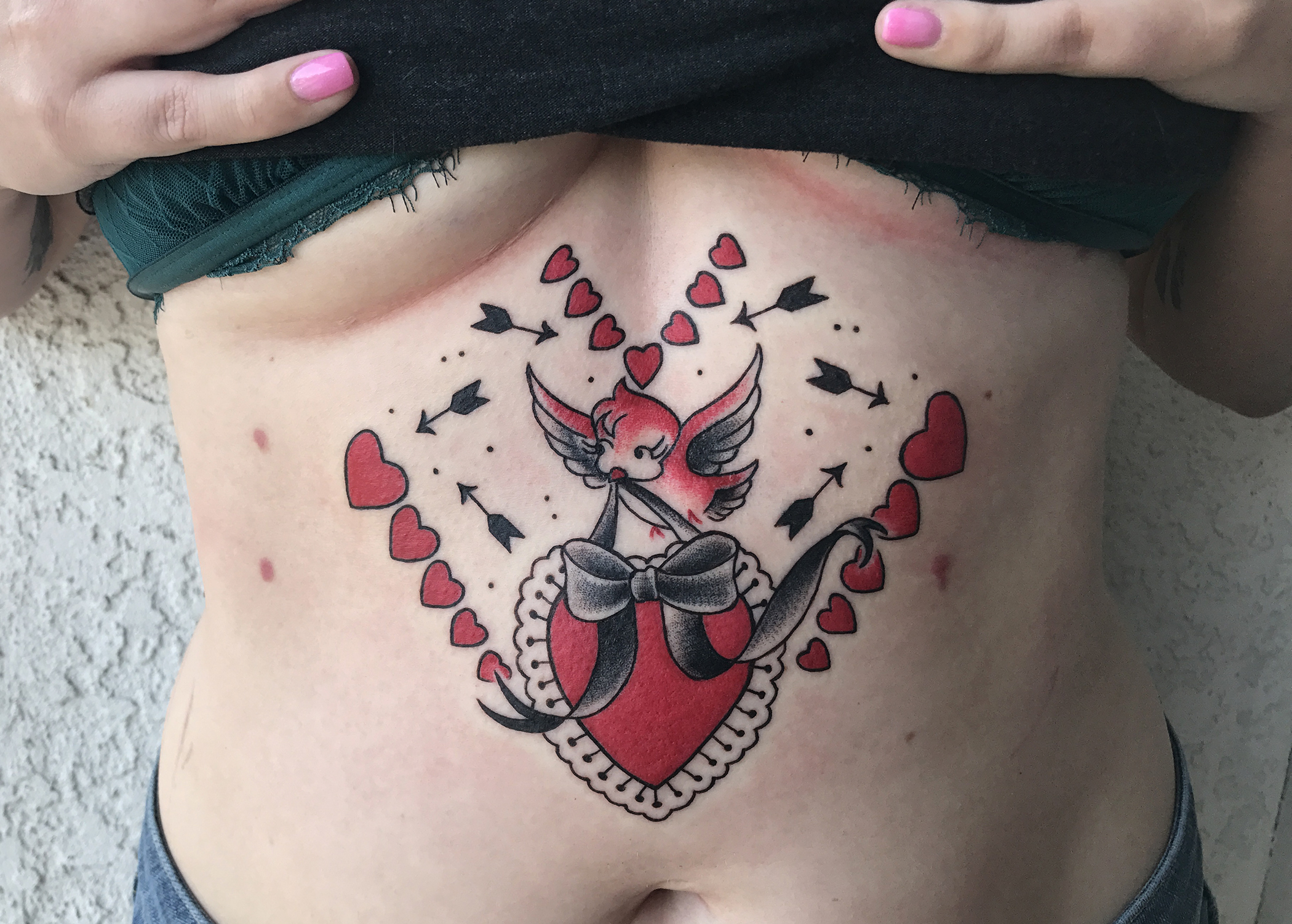 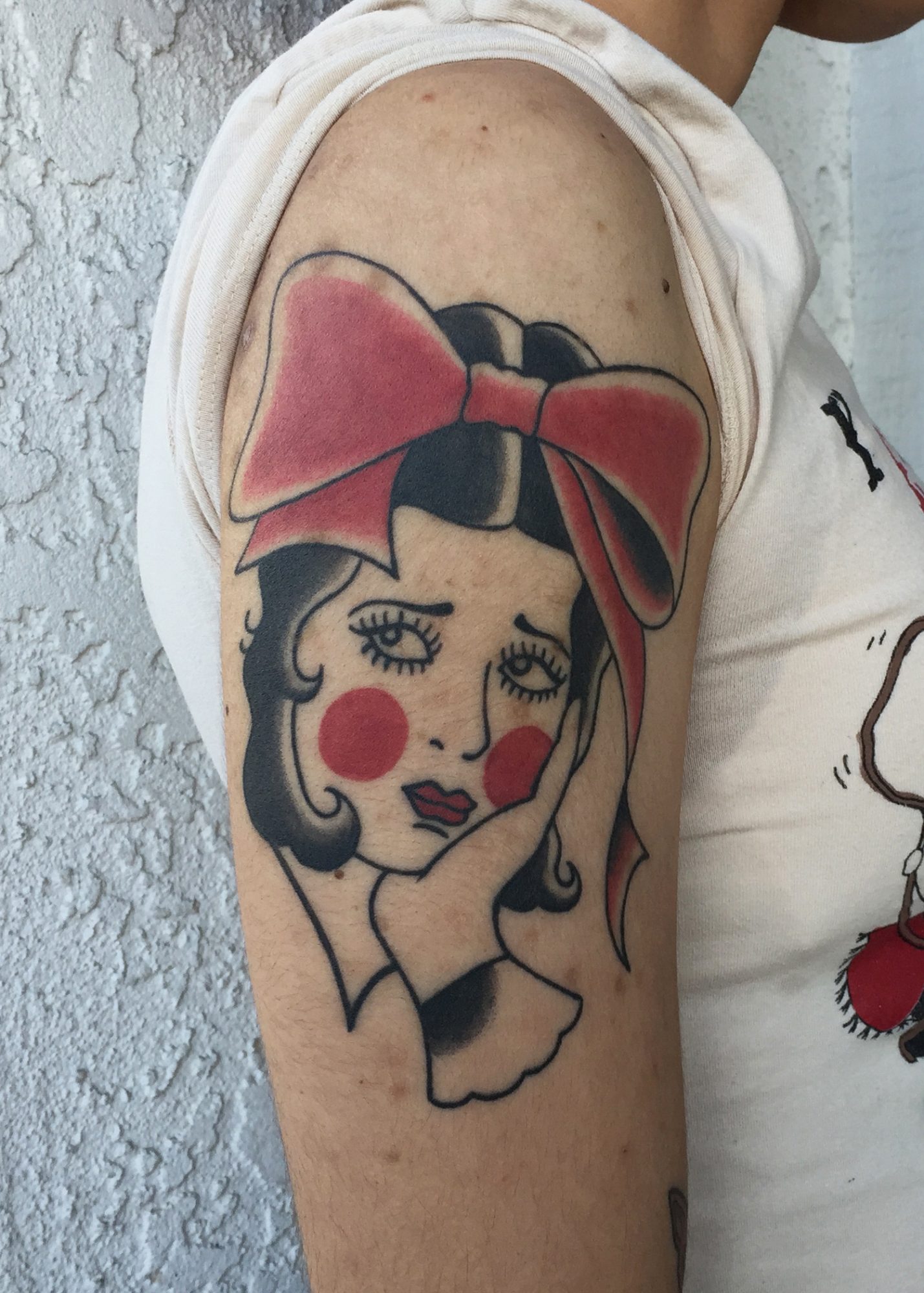 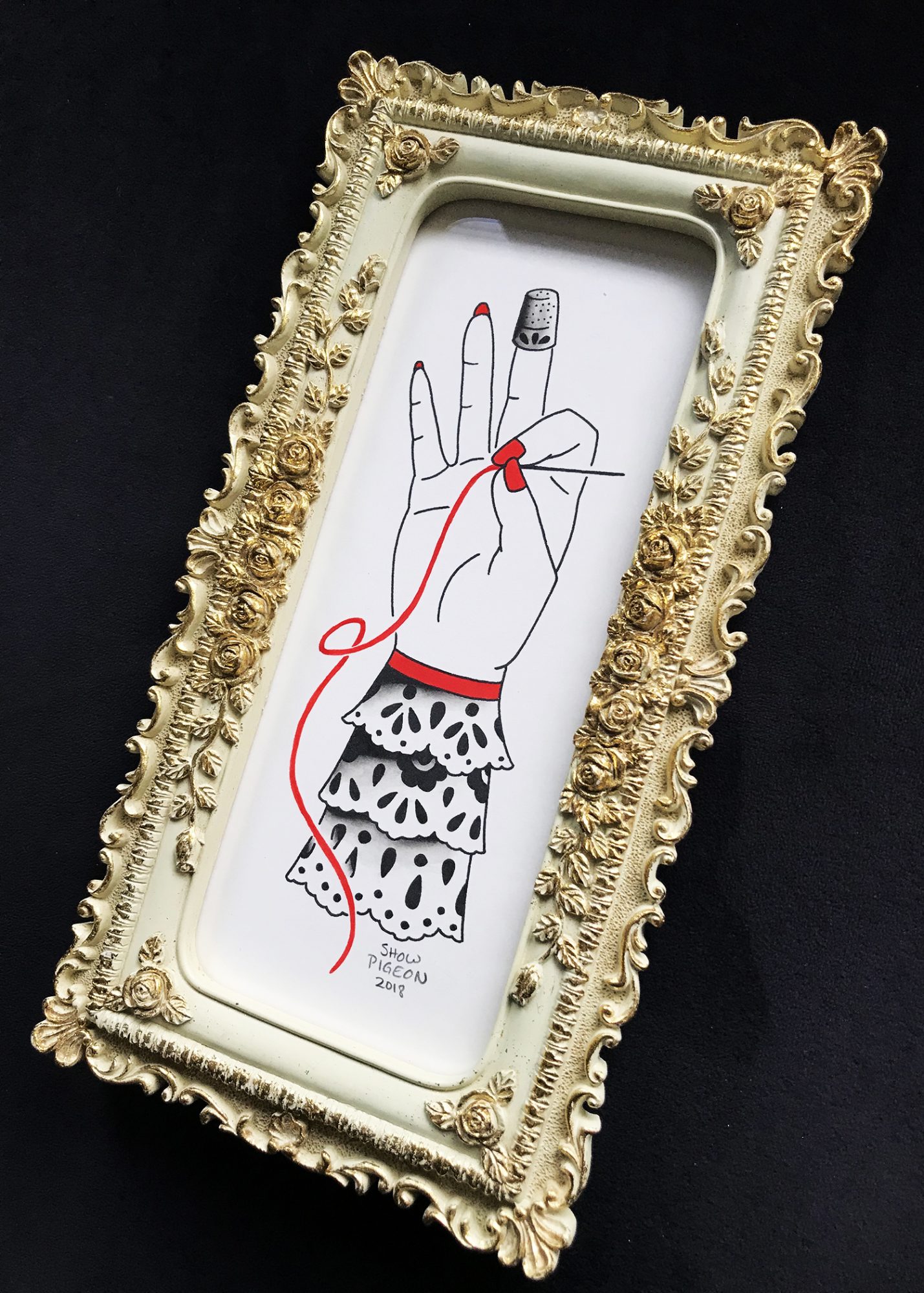 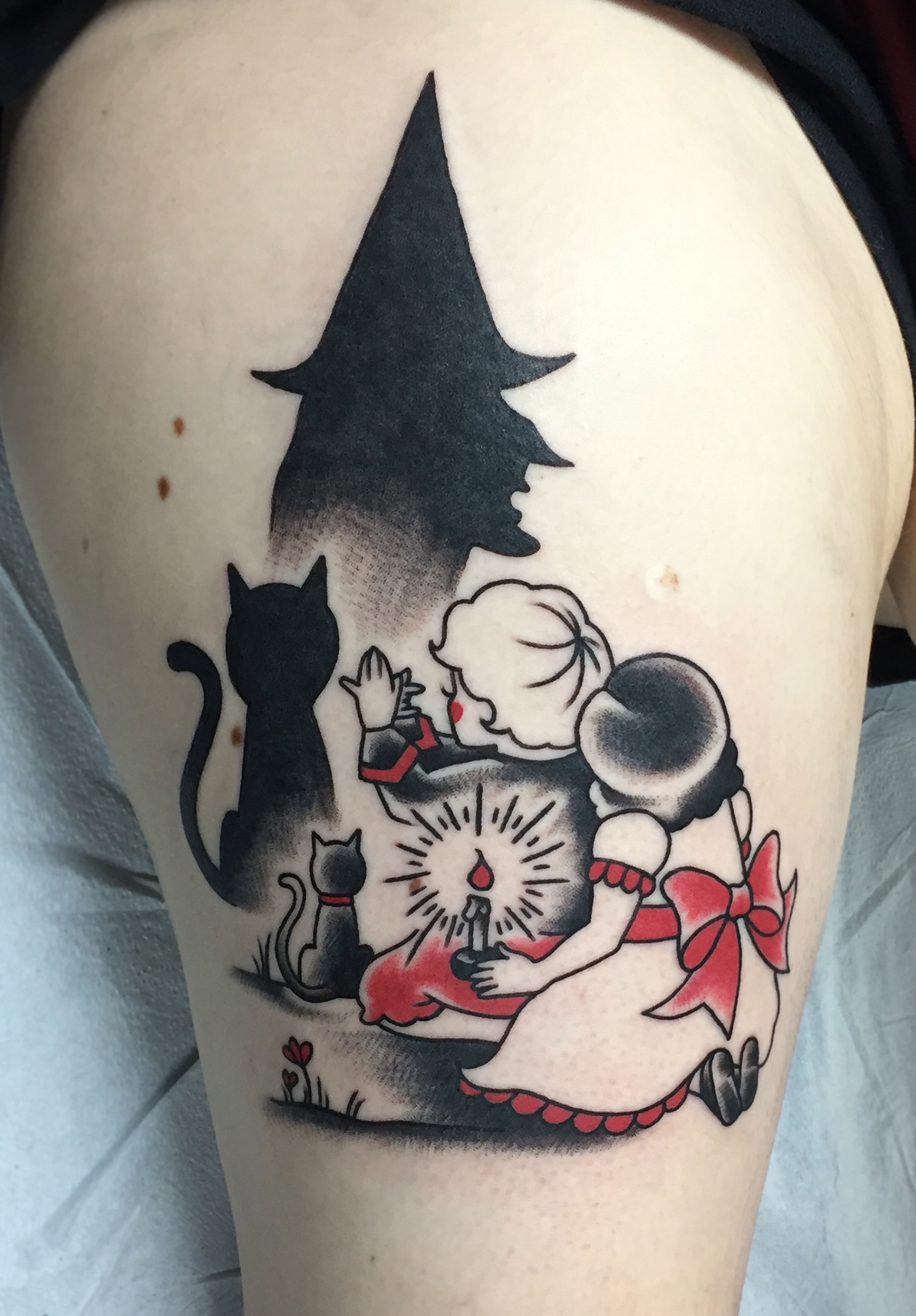 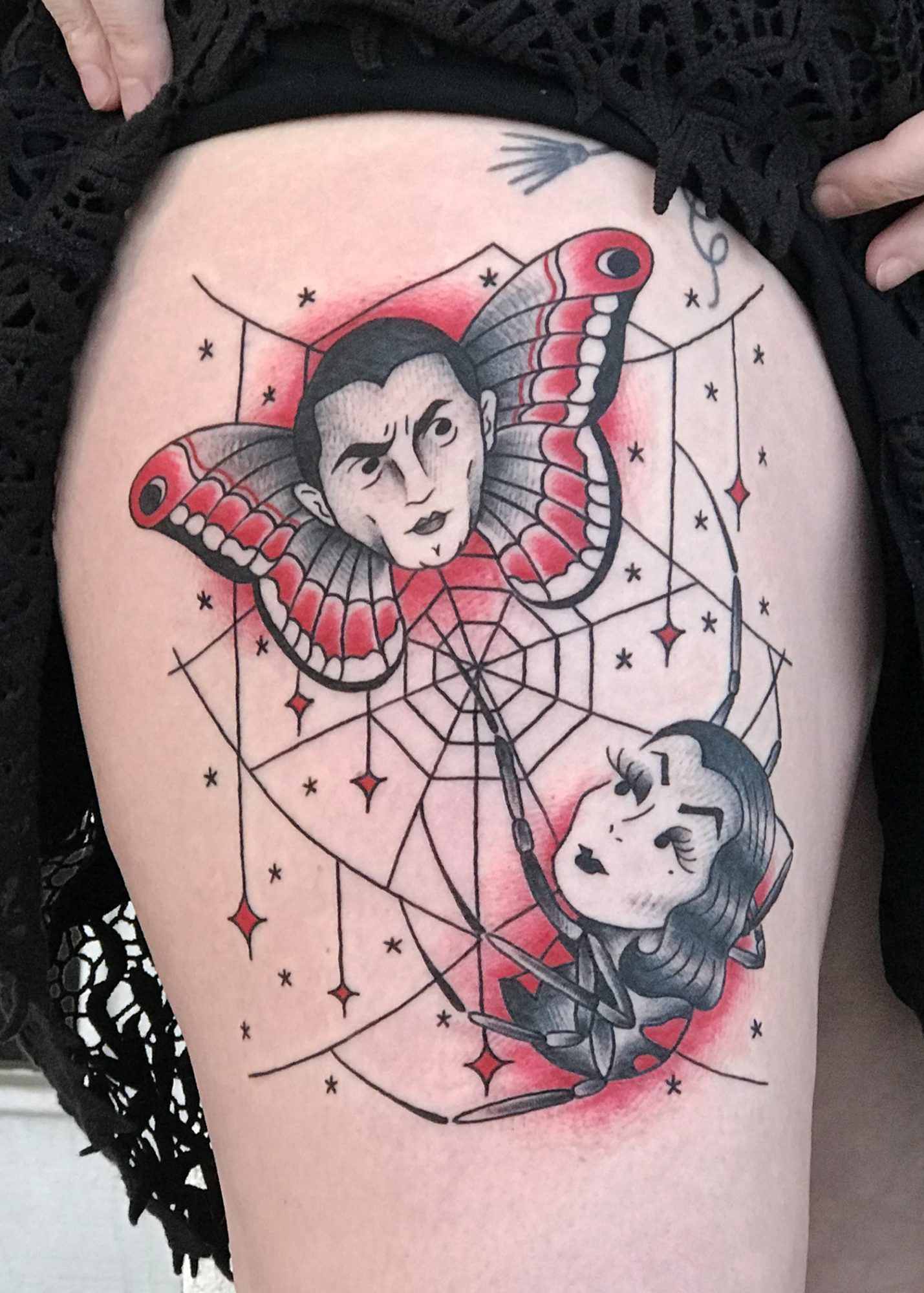 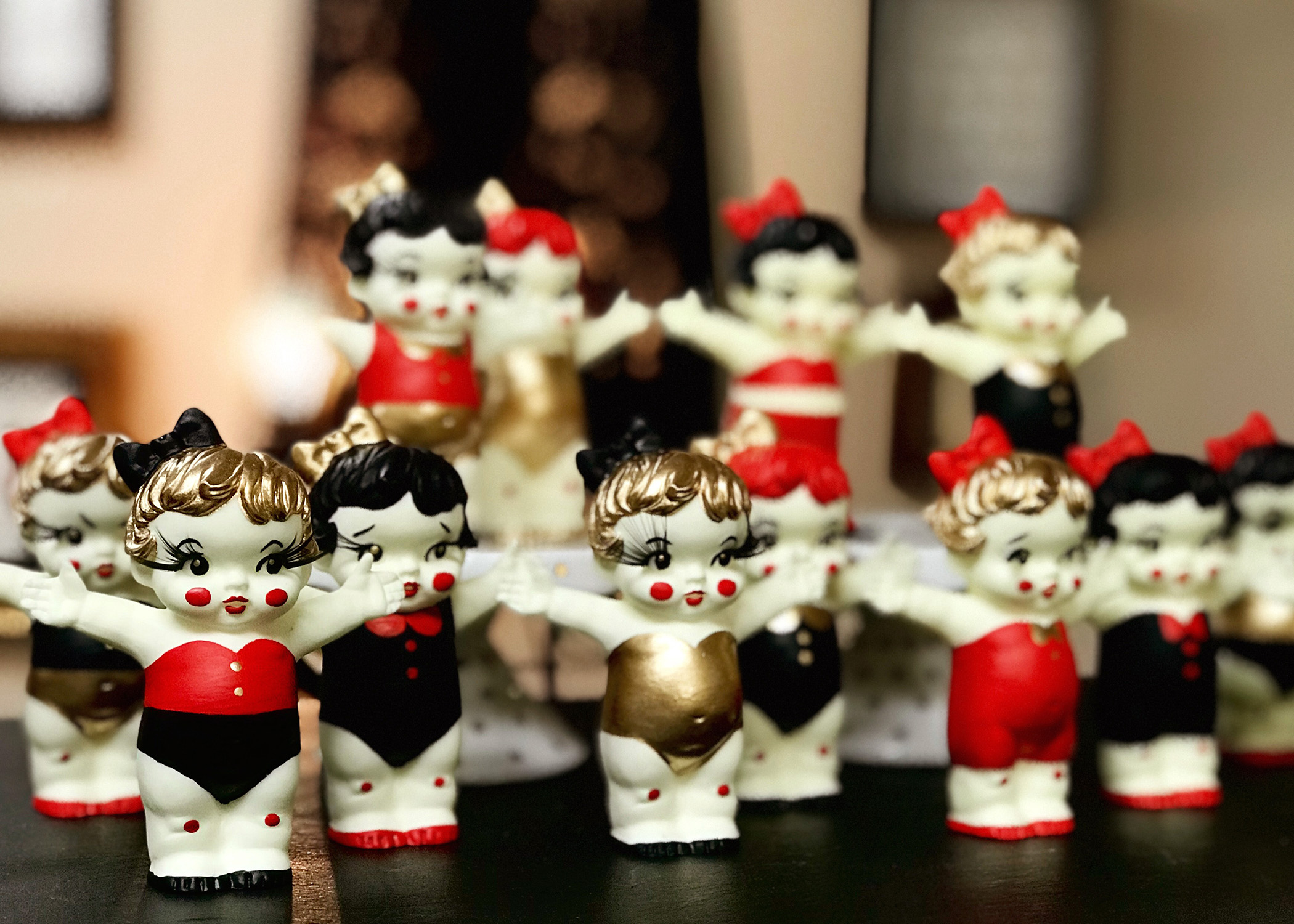