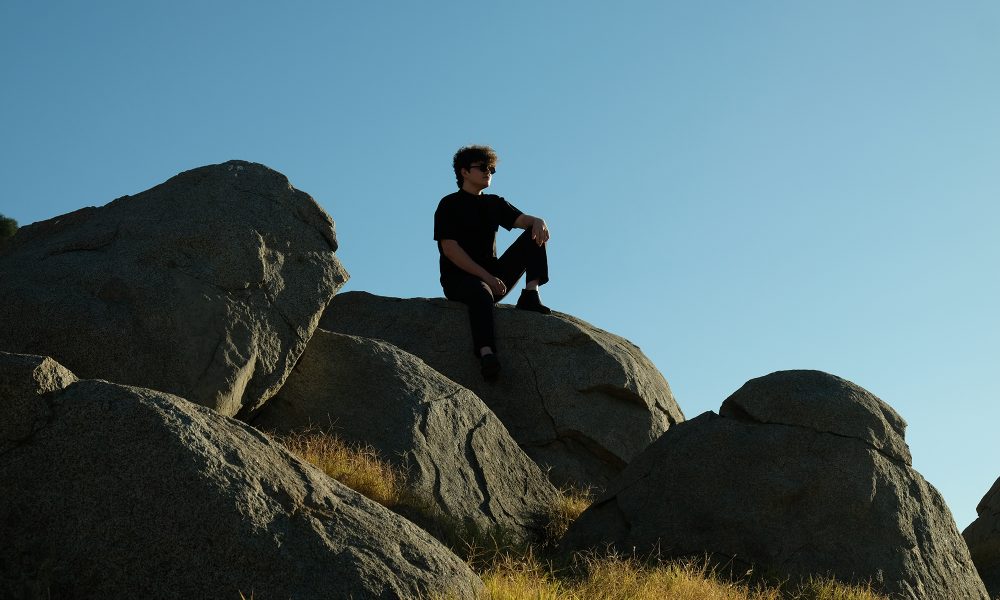 Today we’d like to introduce you to Evers Pund.

So, before we jump into specific questions, why don’t you give us some details about you and your story.
Back in high school, I was kind of on the outskirts of the norm. A lot of kids I went to school with were heading to college to get business degrees or be doctors, or lawyers, and that’s not something that spoke to me. I spent a lot of time painting, taking pictures, making music, kind of secluded in a group where the things that mattered most were sports wins, test scores and GPAs.

When I decided to go to film school at LMU, I had an identity crisis. If I’m being honest, this lasted years. In the modern world, there are so many careers that at first glance, may seem more “useful” than being a filmmaker. And I got a lot of that from people. People asking me, “Why film? What will you do with that? How will you use that to help the world?” I used to feel vulnerable because I questioned my place in film school. I spent a lot of time wondering what I was doing and trying to find “the answer” to these questions. What I’ve realized is that’s fundamentally what film is about, for me at least. It’s about this self-questioning and analysis of the deepest parts of your humanity, going down the never-ending rabbit hole. I also studied philosophy in school, which instilled in me this sense that wondering, and not knowing, is okay and probably even better than thinking you’ve got it all figured out.

At this point, I’ve almost graduated from LMU SFTV with only a few course units left. I took spring semester off to work an internship with Dave Meyers, the music video director behind Kendrick’s “Humble” video. An amazing crew and I shot my LMU thesis film, Remnants, in Big Bear last year, which has completed its festival circuit and can now be watched on my Vimeo. As well as directing, I do a lot of cinematography and editing work, from short films to music videos and commercials. I recently worked with a streetwear brand, The National Bureau of Product Research, to make a short fashion film, which we shot right before quarantine in LA. All of my projects are available to watch on my website.

Great, so let’s dig a little deeper into the story – has it been an easy path overall and if not, what were the challenges you’ve had to overcome?
I’ve lost count of how many times I’ve heard someone say, “How are you so stressed? You go to film school. Don’t you get to just watch films all the time?” This could not be further from the truth. Countless sleepless nights on set, programs crashing hours before impossible deadlines, showing work you’ve poured hundreds of hours into and then having it torn apart in class and being told to start over. Film school can be vicious and brutal. I would go to say it’s one of the hardest majors, and it has to be to prepare you for this industry. My four years at the LMU School of Film and TV have challenged me to create work past the point I think I could go. It’s very difficult, especially when you’re in the midst of production and everything that could go wrong is going wrong. I’ve witnessed complete disasters on set, mental breakdowns, tears shed in class. The success and achievement that comes from that however, from you getting pushed to your limit, is worth it. You’ll make better and better films. One of my favorite directors, Alejandro G. Iñárritu, famously said that he dies and is reborn with every film. That’s what school has trained me for.

We’d love to hear more about your work and what you are currently focused on. What else should we know?
For better or worse, it’s always difficult for me to narrow down exactly what I am in terms of a position on a film set or dream career. Right now, I’m writing films, planning to shoot and direct others, editing and scoring other stuff. I’m not one “thing” over the rest. In some ways, I think that’s my strength, I love working in a lot of areas and continuously learning new things about all parts of the filmmaking process. If someone comes to me and wants to make something, like this clothing brand I recently worked with, I can take it from start to finish, which I have a lot of fun doing. Of course, I can’t do everything by myself, making a film relies on collaboration. I have great people I work with who I owe a lot to. For example with my film Remnants, which I wrote, directed, edited, sound designed and scored, I had an awesome crew supporting the project, great actors, a great production designer and cinematographer, people I trusted who also believed in my vision.

We live in a world that is flawed. Especially with recent events, it’s even more clear how delicate and fragile we are. Yet, in some ways life’s ephemeral and fragile nature are what make it interesting and beautiful. We live in a big, magnificent city that is actually a tiny speck on a tiny rock floating through the universe. That’s both haunting and beautiful to me, to think about, and to find the purpose that comes with that. Channeling this beauty, in a way that also deals with the struggles we face, is what I want to do with film. Grappling with the human condition, exploring darkness and tragedy and fear and unknowns and learning something, finding a purpose in the process.

What moment in your career do you look back most fondly on?
A few moments come to mind. One of the first short films I made, Sarah Sleeps, won the Nikon Storytellers Award, a scholarship given to ten aspiring filmmakers around the U.S. and Canada. That was the first moment I felt I had a chance at really making this my life, I finally had something tangible to hold onto. Following that, probably wrapping production on my thesis film. I was elated, relieved, and incredibly proud of what my crew pulled off. Little did I know I was about to enter almost a year of grueling post-production, but that’s how film is… You have a victory on set, and then get ready because the first rough cut is probably going to be very disappointing compared to what you envisioned. And then you just have to do everything you can to make it better. 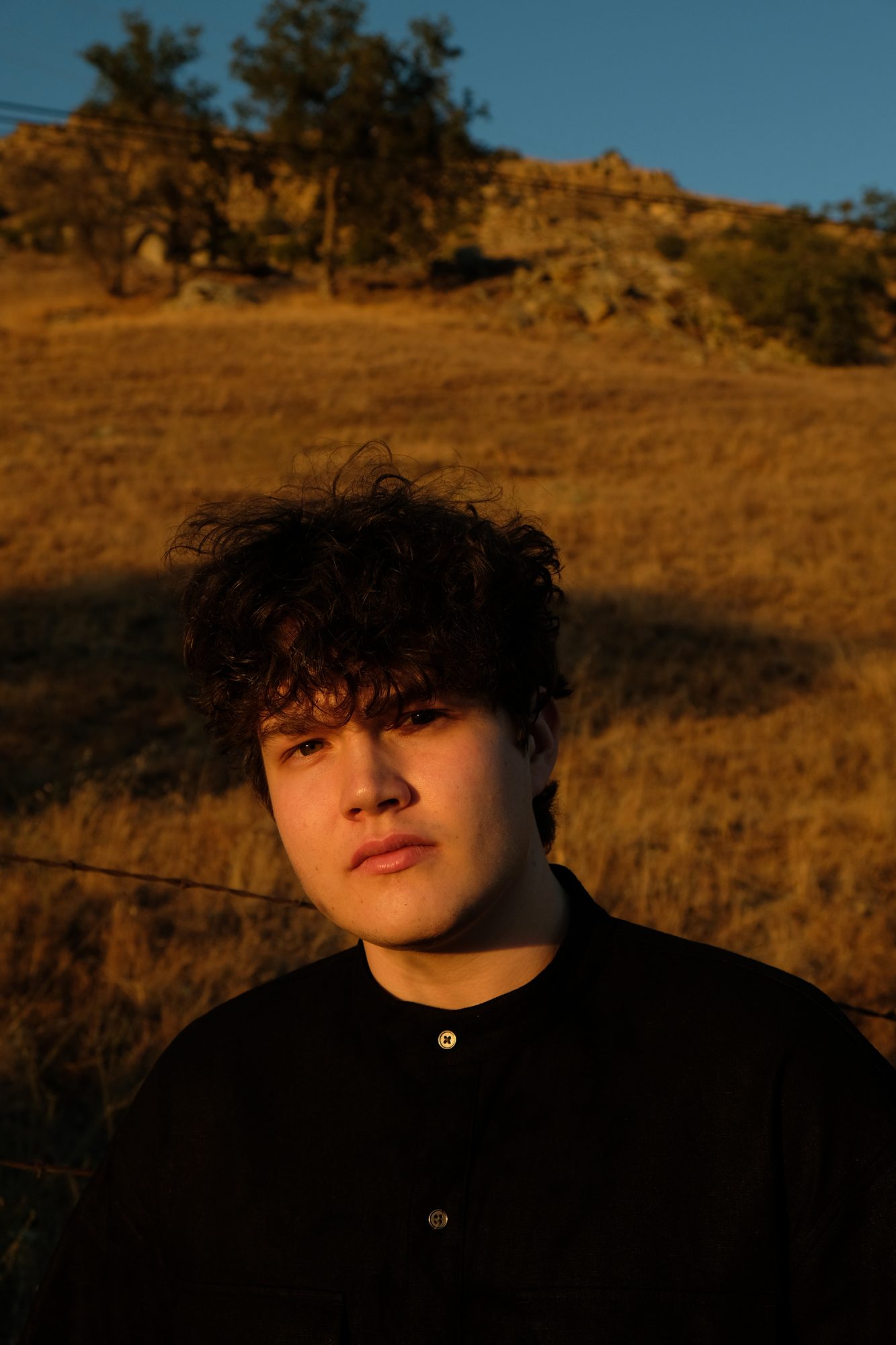 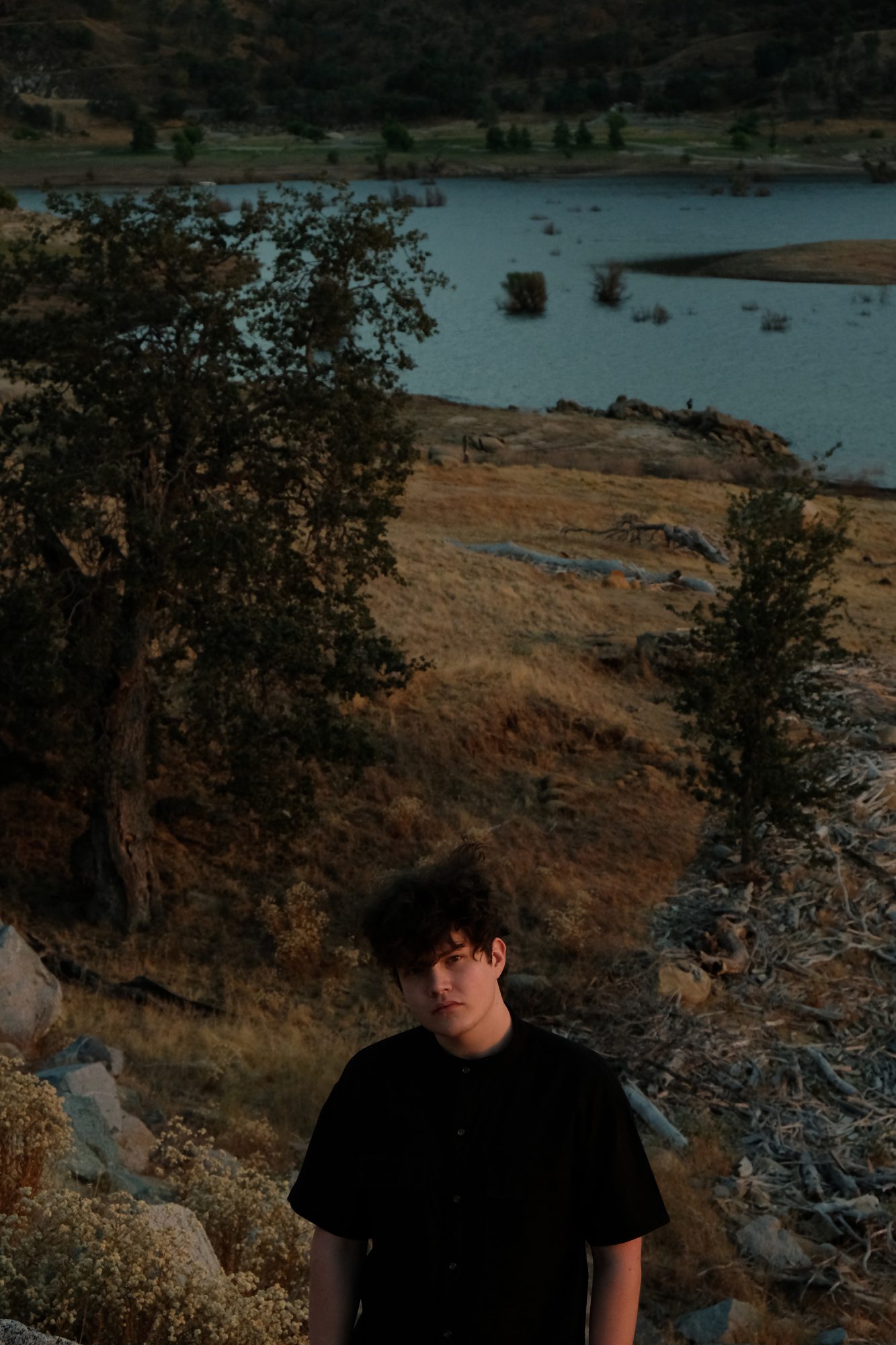 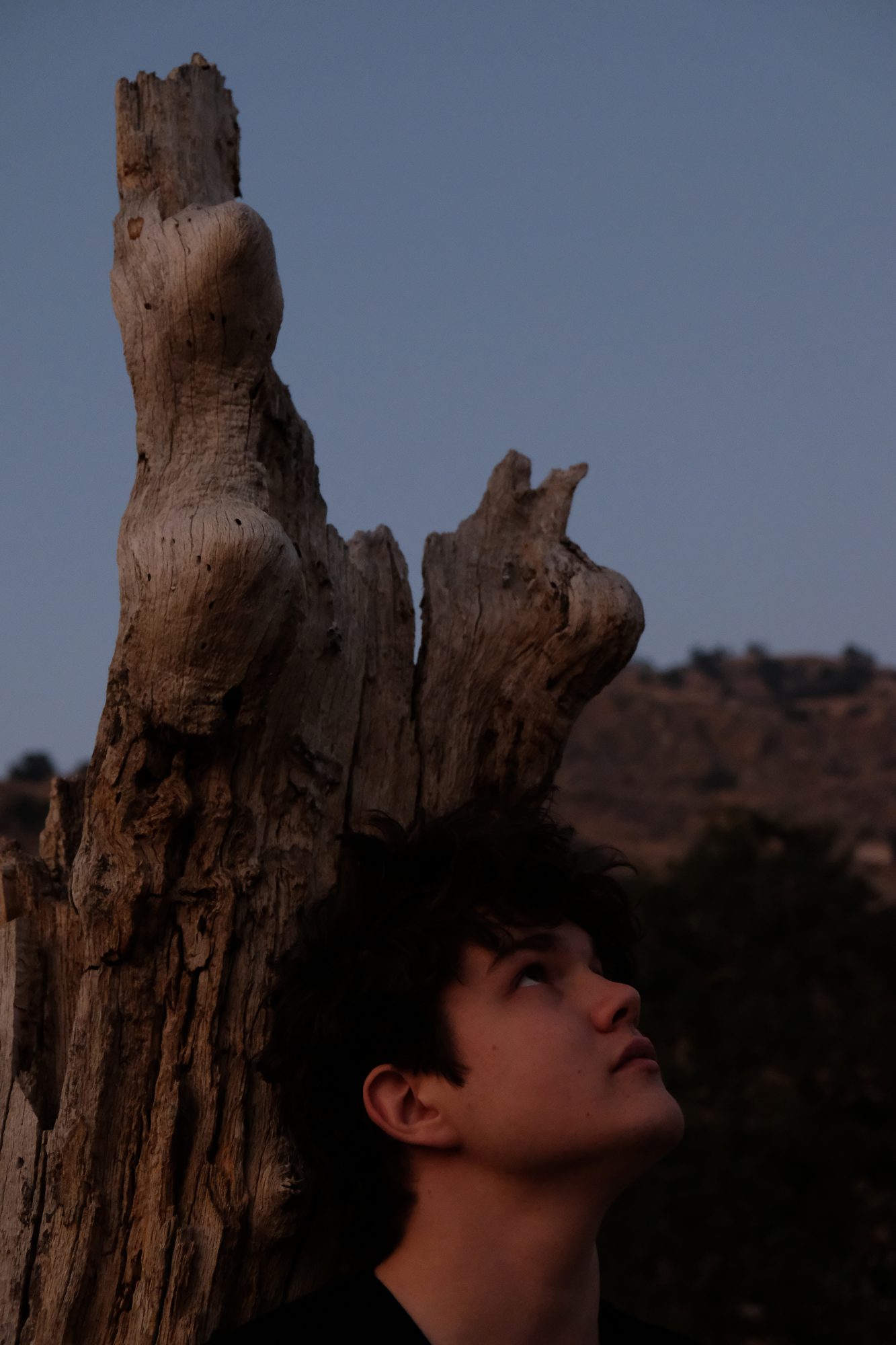 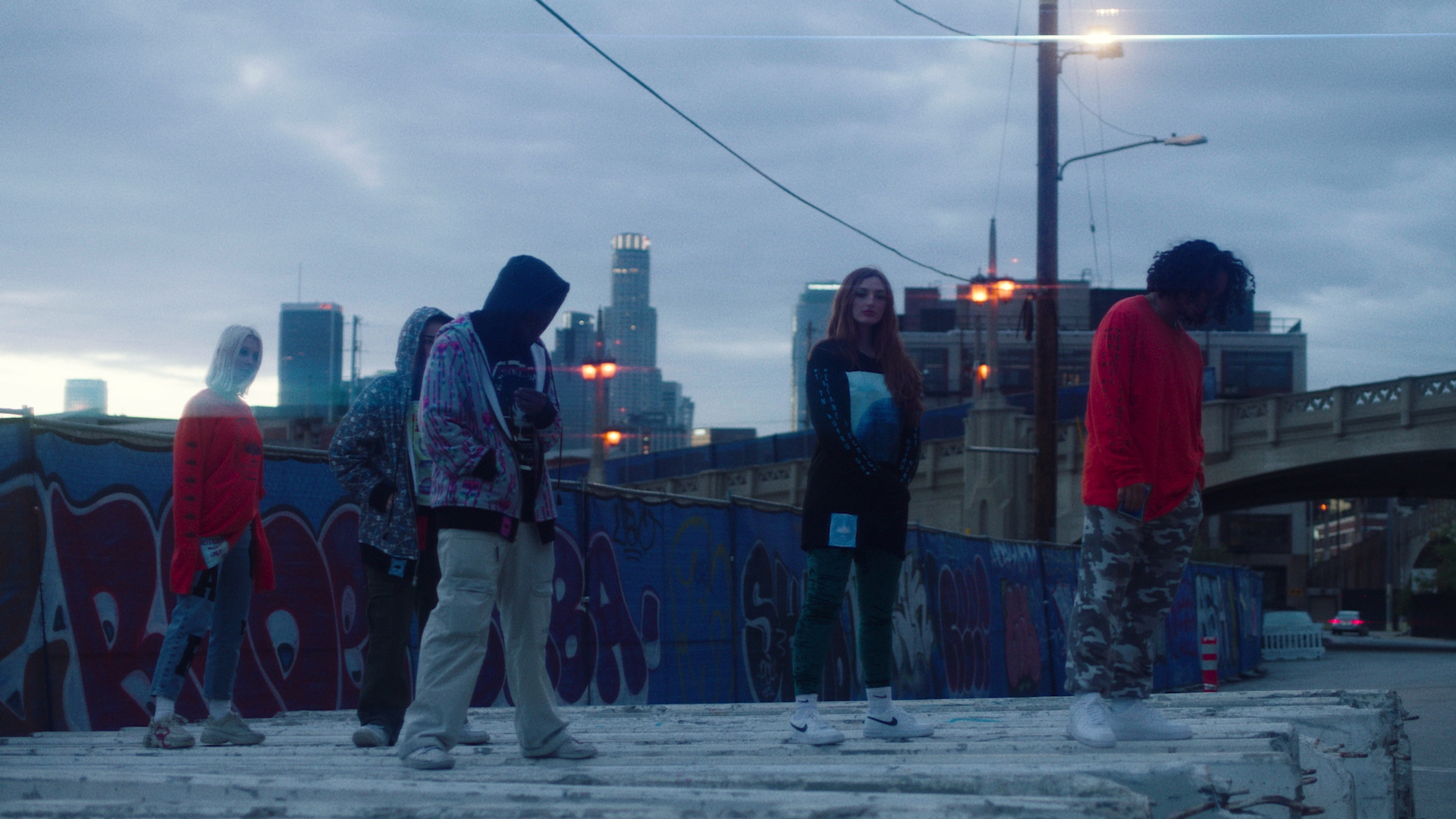