Meet Eve Symington of One Duck Egg Productions in Downtown 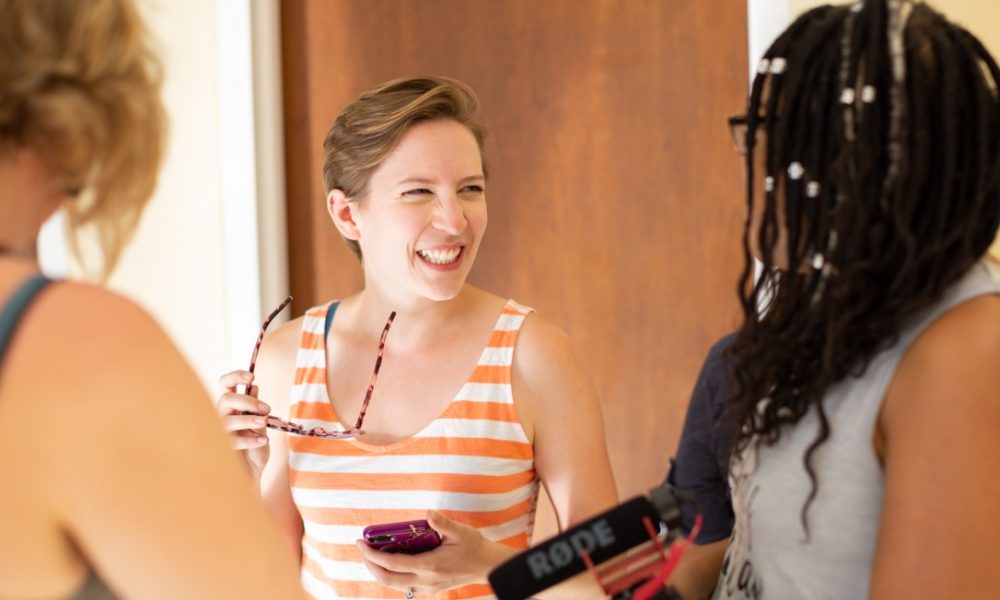 Today we’d like to introduce you to Eve Symington.

Thanks for sharing your story with us Eve. So, let’s start at the beginning and we can move on from there.
I’ve wanted to direct movies since I was 11 years old when I discovered an old video camera in my basement. I promptly made a musical comedy about nuns in the backyard and I’ve been hooked on movies ever since. After graduating from Columbia University, I spent a year working and backpacking the world before enrolling at New York University’s Tisch Asia graduate film program in Singapore. I spent three amazing, exhausting years making short films in Asia and by the time I moved to Los Angeles I’d made films in 7 different countries including Vietnam and Guatemala. I moved to LA with my sister Lelia – an actress and my frequent collaborator — and have been working on breaking into the business ever since.

Overall, has it been relatively smooth? If not, what were some of the struggles along the way?
The movie business is not easy to break into without serious connections to either money or major industry players. Hollywood is all about high highs and low lows; one day you’re with a celebrity on set and the next you’re back to hustling for gigs. I’ve always had a very singular passion and vision for what my career would look like as a film director, so I’m not able to “go with the flow” without constantly checking in with my goals. It has been a long road to my first feature, but I’m grateful to have made it this far.

Alright – so let’s talk business. Tell us about One Duck Egg Productions – what should we know?
I started One Duck Egg Productions in 2018 with my husband as an umbrella for all of our film production projects. Through my business, I direct, produce and edit branded content and promotional videos for companies like Guide Dogs of America, Mon Ami, and the Esperanza Immigrant Rights Project. I am always proud of the shorter work I’ve done and happy to boast satisfied clients in the realm of commercials, branded content, and digital videos. We produced our first narrative short entitled “Stitch N’ Bitch,” which premiered last year at the Chelsea Film Festival and screened at the Echo Park institution Club Bahia. We are building into a feature film production company, with our first narrative feature going into production this summer. The project is my feature directing debut, which I’ve been working towards ever since I was 11. I am eager to make my mark as a feature director with my first film, a neo-noir thriller which takes place on a California vineyard: BRUT FORCE.

Any shoutouts? Who else deserves credit in this story – who has played a meaningful role?
I have two essential partners in business: my sister and my husband. My sister is a brilliant actress and one of my major creative and personal collaborators. She is a great idea generator and together we keep ourselves sane amidst the craziness and challenge of the film business. My husband is an entrepreneur and financial guru who has his work cut out for him helping my very artistic family. He has dived headfirst into the film business and I’m honored that he’s my partner in One Duck Egg Productions.