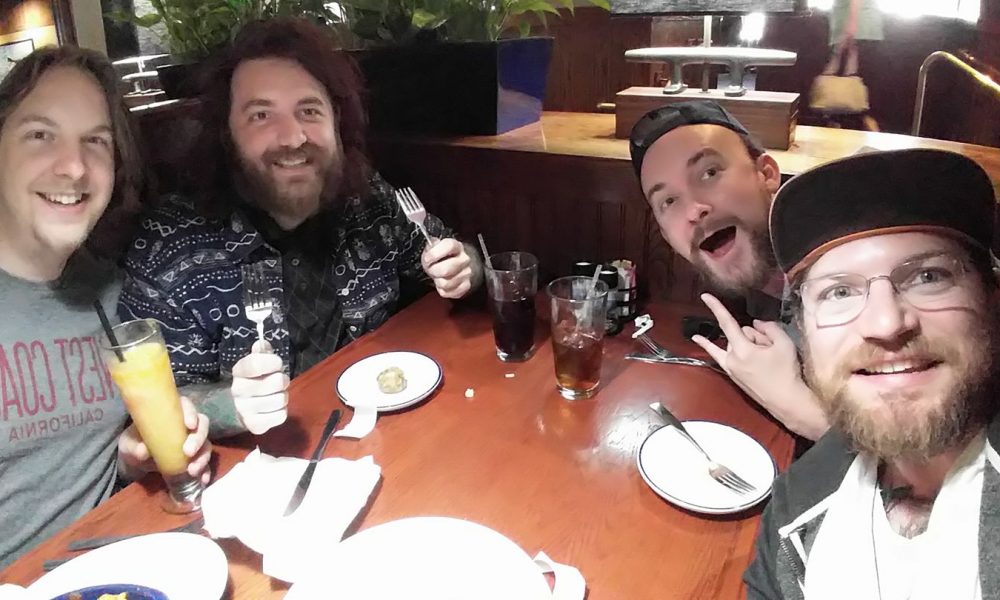 Today we’d like to introduce you to Evan Menak, Christopher Hall, Michael Capuano, and David Beede.

The beginnings of Icemen Audio formed at Hofstra University in Long Island, NY. College buddies Evan, Christopher, and David were all part of the “Hofstra Film Club”, an organization that promotes the teaching and learning of filmmaking – and still does to this day. While helping out on many of the HFC’s productions, the 3 found that they especially liked working sound, both while filming and during post production.

Each year, many graduates that were members of HFC moved out to Los Angeles in waves. They were no exception. Thru persistence and luck, they were able to work alongside some of the top sound mixers in LA. They learned many of the successful traits that went with professional sound mixing, as well as the type of sound equipment being used for such major productions.

Using this knowledge, Icemen Audio was formed and is still growing to this day.

Has it been a smooth road?
It was slow-going at the start – taking time to build a network of clients. We had to work on many very, very low-budget productions, even working for free on some productions in the hope that they would lead to something bigger. Some of these paid off, some led to nothing, but through persistence and having a fun personality our network grew to what it is today.

So let’s switch gears a bit and go into the Icemen Audio story. Tell us more about the business.
We at Icemen Audio are known for our positive working relationships with other creative minds in the greater Los Angeles area. We are committed to providing the highest quality audio to feature films, commercials, short films, and web content. What really sets us apart is our persistence to quality. We genuinely care about sound, and that passion works itself into our everyday lives as well. We love movies, and not just making them, but viewing them as well. So that overall commitment to the craft makes our work shine that much brighter.

How do you think the industry will change over the next decade?
In the next 5-10 years, we see ourselves growing in both credits and experience. We also hope to be in a larger post production facility, and to be a household name when it comes to quality audio.