Meet Evan Kinard of Killed With Kindness in Irvine 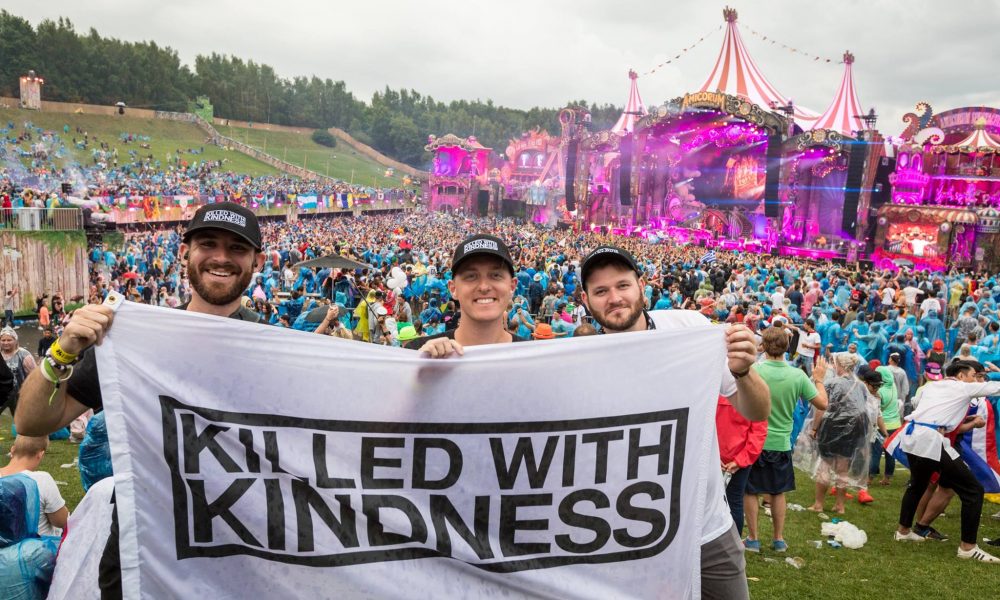 Today we’d like to introduce you to Evan Kinard.

So, before we jump into specific questions about the business, why don’t you give us some details about you and your story.
I went to my first music Festival in August of 2014 at the age of 26. I had a background in Digital Arts from Chapman University and was doing Data Analysis for an IT Company in Orange County. I was stuck in a routine and knew only that I wanted to create memorable experiences for others but hadn’t figured out how. I didn’t hate my job but it wasn’t my passion and I never knew that attending a “rave” would be the catalyst that got me to where I am today.

A close friend of mine from college was the manager of an artist playing at a rave in San Bernadino. I reached out and asked if I could come for fun with little to no expectations. I had limited knowledge of video production and figured I would bring a GoPro and try to film something regardless. After having a pretty eye-opening experience and seeing where this could take me, I offered to pay my way to every event and work for free if they continued to give me the opportunity to hone my skills in video production and photography. I recruited the help of my College roommate, Colin Glenn and began the journey that would eventually become one of my full-time jobs. One client turned into another which allowed me to further diversify our portfolio and network. As we grew, my time commitment increased but I saw my vision begin to come to life. There’s nothing like seeing your work change the lives of others and doing so because of the passion you put into it. I asked the owner of the IT company if I could change my day job schedule to 6 AM to 3 PM, allowing me to come home and work on the film business from 4 pm until midnight, 5 days a week. Each I saw new opportunities and we added new clients to our portfolio.

In February of 2016, I became a sales representative for an east coast industrial oven manufacturer while still working for the IT company and growing the film business. During an aerospace defense tradeshow, I discovered a real need for innovative marketing and a new technology to display products, specifically ones too large to bring to the show. Three tradeshows later that opportunity was still there and I knew I had to act on it. I decided to invest all of my time and resources into creating a Virtual Reality experience centered around product visualization. A friend from high school who had just graduated with a degree in 3D modeling flew out and moved into the office in my house. In March of 2017, I quit my IT job, flew out to the east coast and demoed the VR Experience for the oven company. At this point, the film business was becoming profitable, I had sold a few ovens and I felt positive about the success of the VR company I was going to create. Two months later, I was at a tradeshow in Seattle, utilizing the VR experience and working on the second and third versions of it. Killed With Kindness picked up the contract to film at TIME Nightclub when it opened and since then I’ve been there every night it’s been open unless I was filming somewhere else. After attending Tomorrowland in July of 2017 and filming for 14 artists there, I knew I had to get back to Europe. I’ve reached out to clients of Killed With Kindness and have scheduled a 65 day trip around Europe to film at 9 music festivals this summer. I’m continuing to grow both my film company and VR company while selling ovens and appreciating every moment of this one life we get to live.

We’re always bombarded by how great it is to pursue your passion, etc. – but we’ve spoken with enough people to know that it’s not always easy. Overall, would you say things have been easy for you?
The entrepreneur lifestyle isn’t easy. In fact, it’s incredibly difficult and it’s not for everyone. Changing my mentality from a month to a year to year plan changed my outlook on life. It changed the things I wanted to do, the people that I wanted to see and what I felt was important and worth my time. This caused a lot of friction with family, friends, and commitments you I had. I’ve had to cut Thanksgiving with my family early so I could fly back that night and film an event. Shouldering this burden and defending myself against the opinions of others requires an unwavering sense of confidence and self-awareness. A lot of people will tell you how you should live, what is healthy for you and what should be important to you. At the end of the day, I don’t always know whats right but I know what’s right for me. I gave up movies, TV, social outings and dating so I could pursue my businesses. I adopted a 24/7/365 work mentality and it caused a rift in many of my relationships. Having faith in myself and my vision while feeling completely alone has not been easy but it’s all been worth it. Once a week I get told that I’m “living the dream” yet they don’t see the steps it’s taken to get there. The sacrifices you will have to make, over and over again for a vision only you can see. I quit a safe, corporate job where I was making over 6 figures and had just been offered a promotion so I could make minimum wage pursuing a dream I could only hope would work out. The market doesn’t have feelings and if you’re good enough you will win.

So let’s switch gears a bit and go into the Killed With Kindness story. Tell us more about the business.
I currently run two companies. I run a video production company called Killed With Kindness that was established a little over three years ago. We’ve filmed for 150+ artists in 6 countries and 8 states across the US. We’ve filmed at 25+ Insomniac events, Tomorrowland, the Staples Center. I’ve filmed in the Galapagos Islands and have focused heavily on becoming the primary videography company for the Trance music genre. I’ve begun to incorporate a heavy amount of Visual Effects into our after movies and will continue to do so when the opportunities present themselves. We’ve treated every client like a business and have always aimed at giving 51% and expecting 49% back. We’re usually the first in and last out and truly believe that if our clients win, we win. The music industry can be toxic and unforgiving and the Killed With Kindness name is a constant reminder that kindness always wins and to treat everyone with respect.

My virtual reality company, Kinception is something completely different yet follows similar principles. We create virtual reality experiences that give manufacturing companies the ability to display their product offerings in a to-scale environment. Prospective clients are able to interact with a virtual showroom/factory, view products and get a true sense of scale and immersion. This is definitely something you need to see to believe but it’s going to revolutionize the way a business operates. From training to marketing, sales to maintenance, virtual reality is continuing to make a huge impact on the way we do business. Being able to give a company that doesn’t invest heavily in technology the ability to look and feels like a high-tech badass is a unique and rewarding experience.

Has luck played a meaningful role in your life and business?
As a data-driven business owner, luck is a hard concept for me to get behind. Rather, I believe that:

The harder I work the luckier I get. If you’re good enough to win you will win. If you don’t win you hopefully learned from the experience and will try again.

There have been some pretty random events that lead to beneficial outcomes but it all started somewhere. I’m a firm believer in hard work and never giving up. 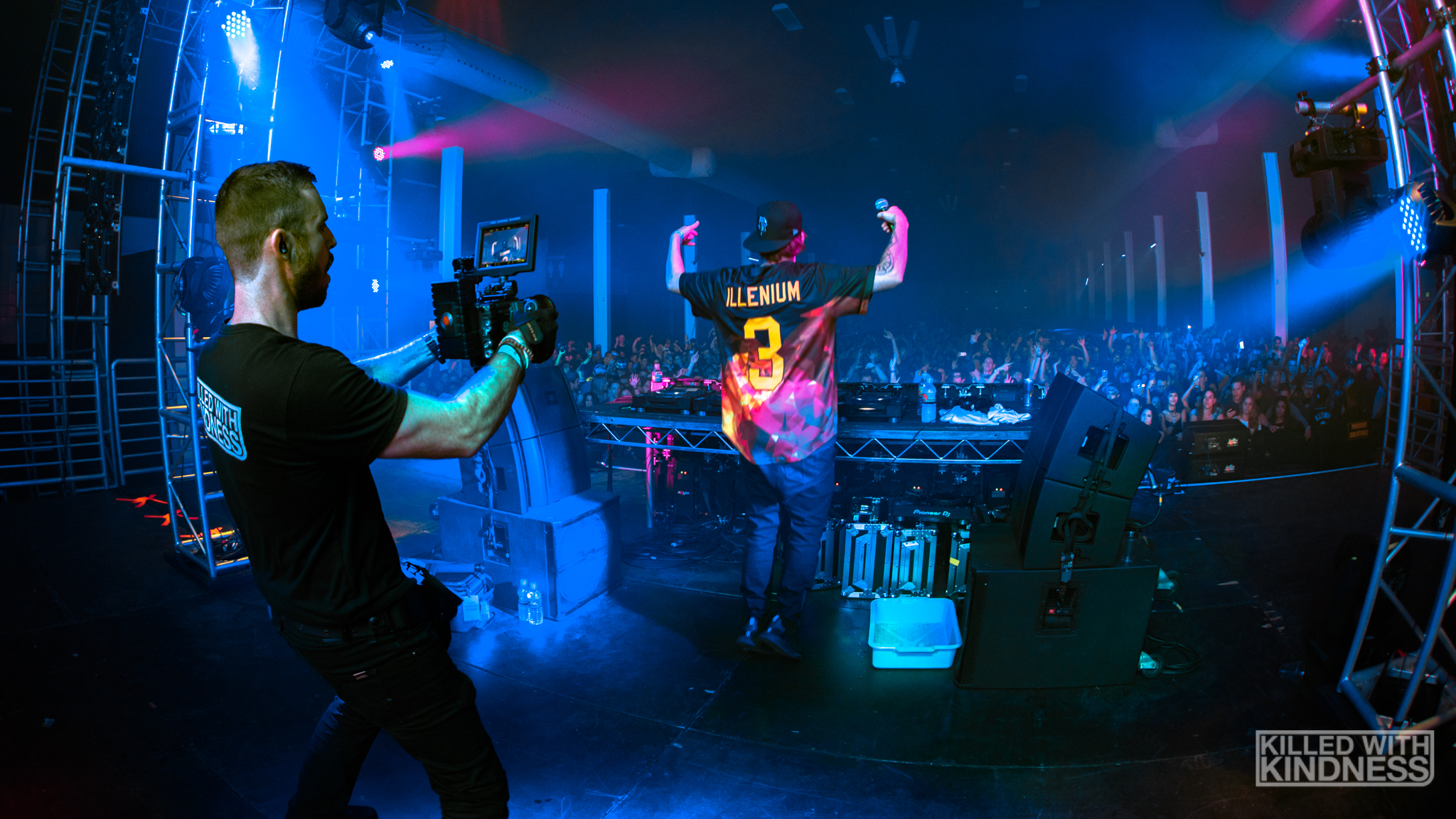 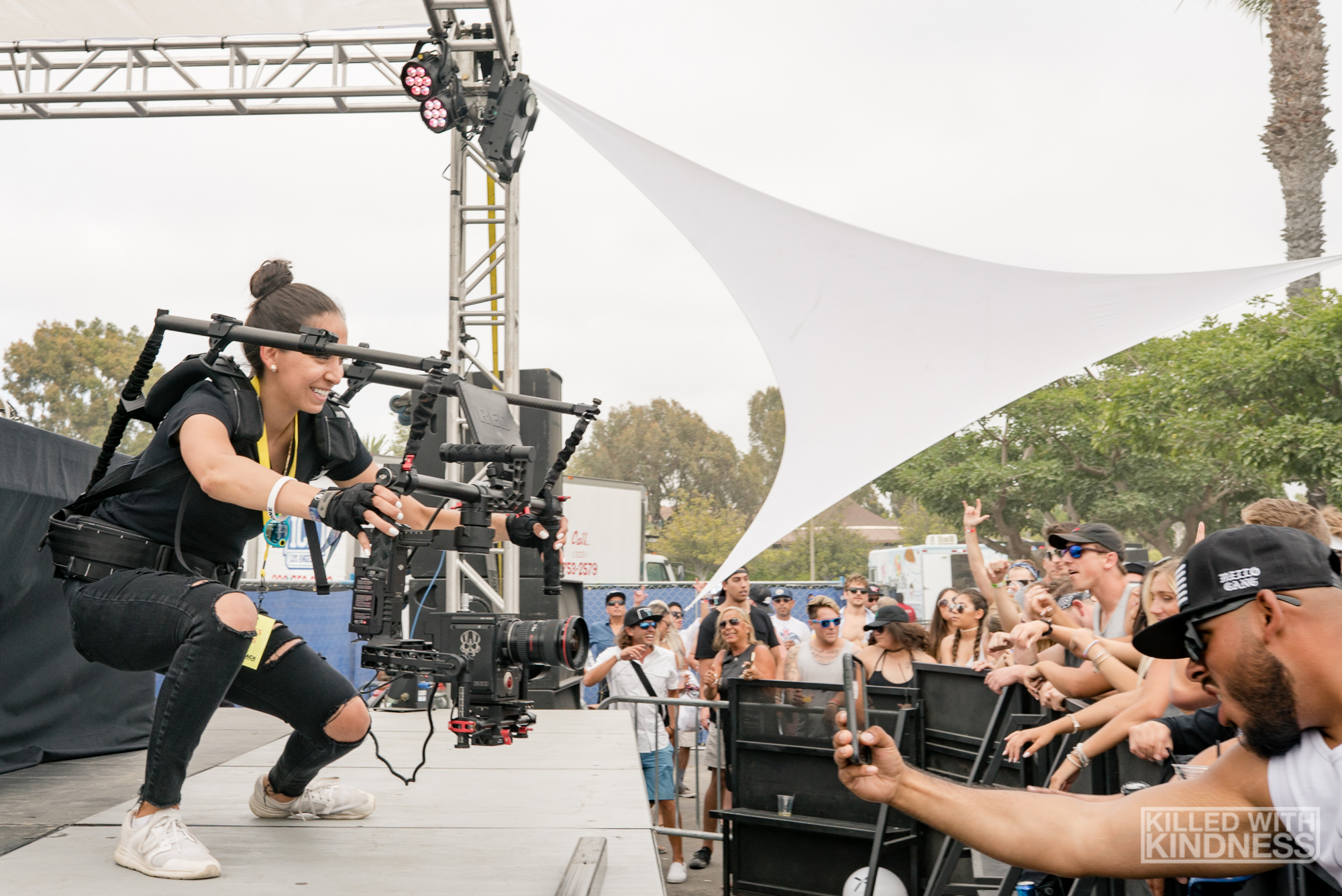 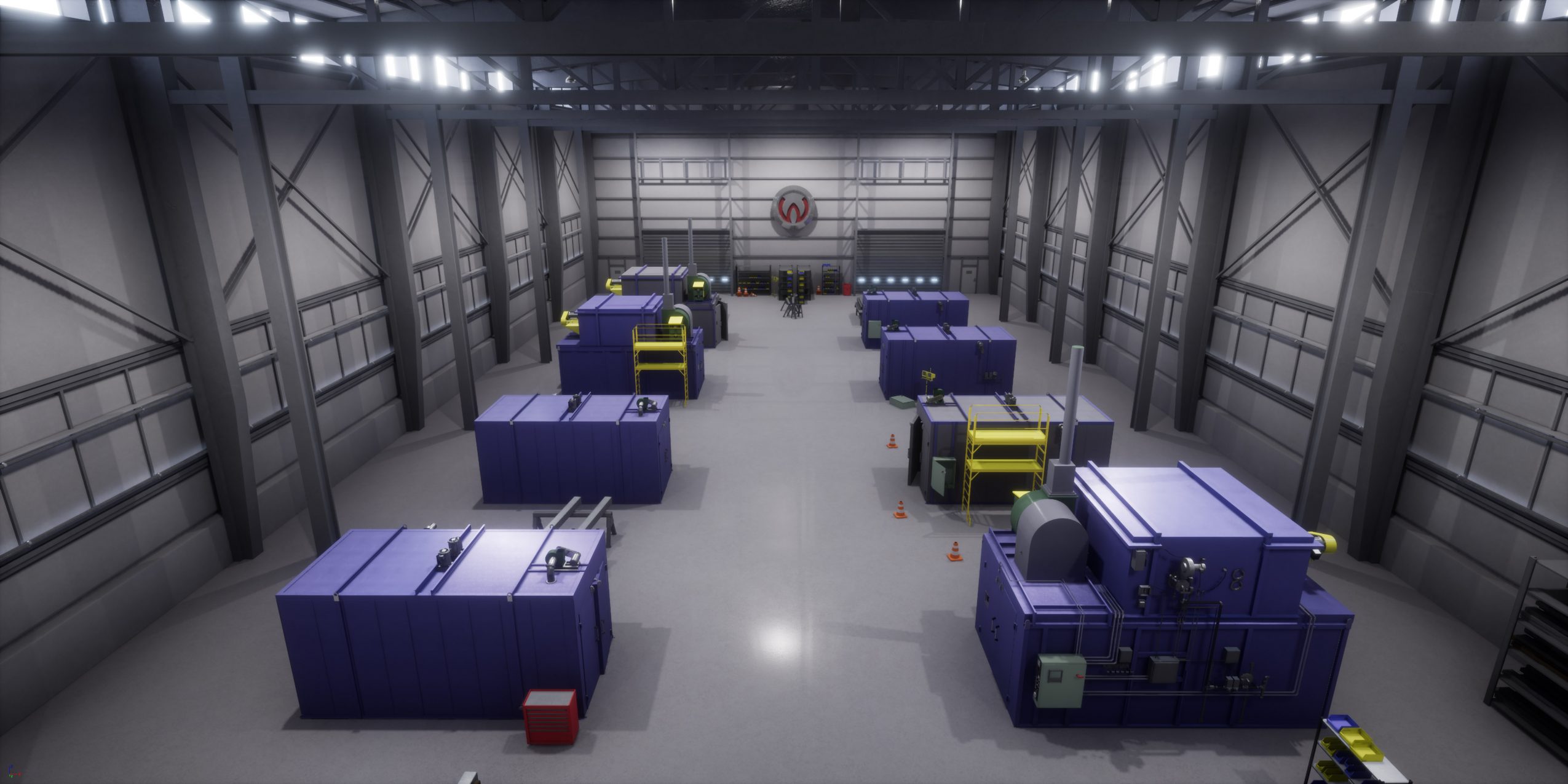 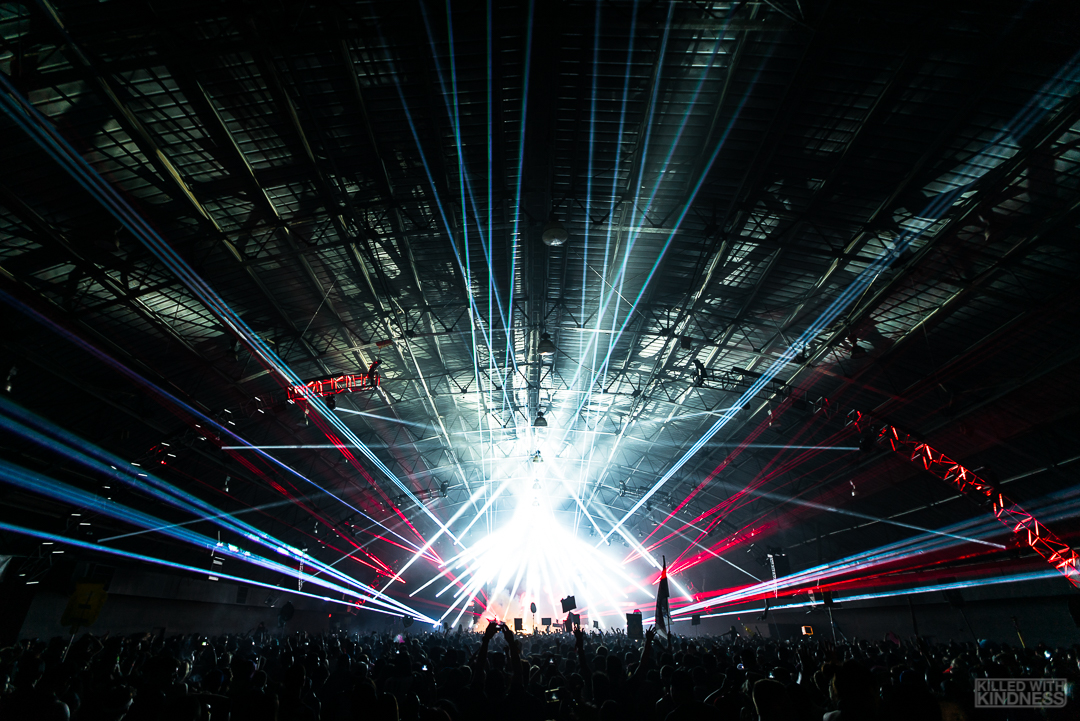 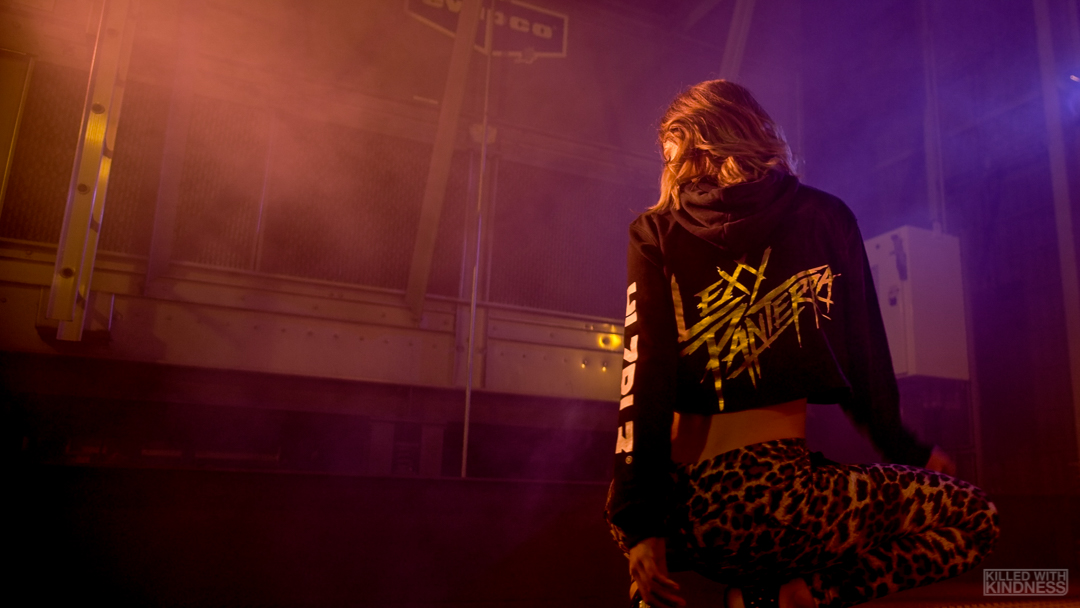 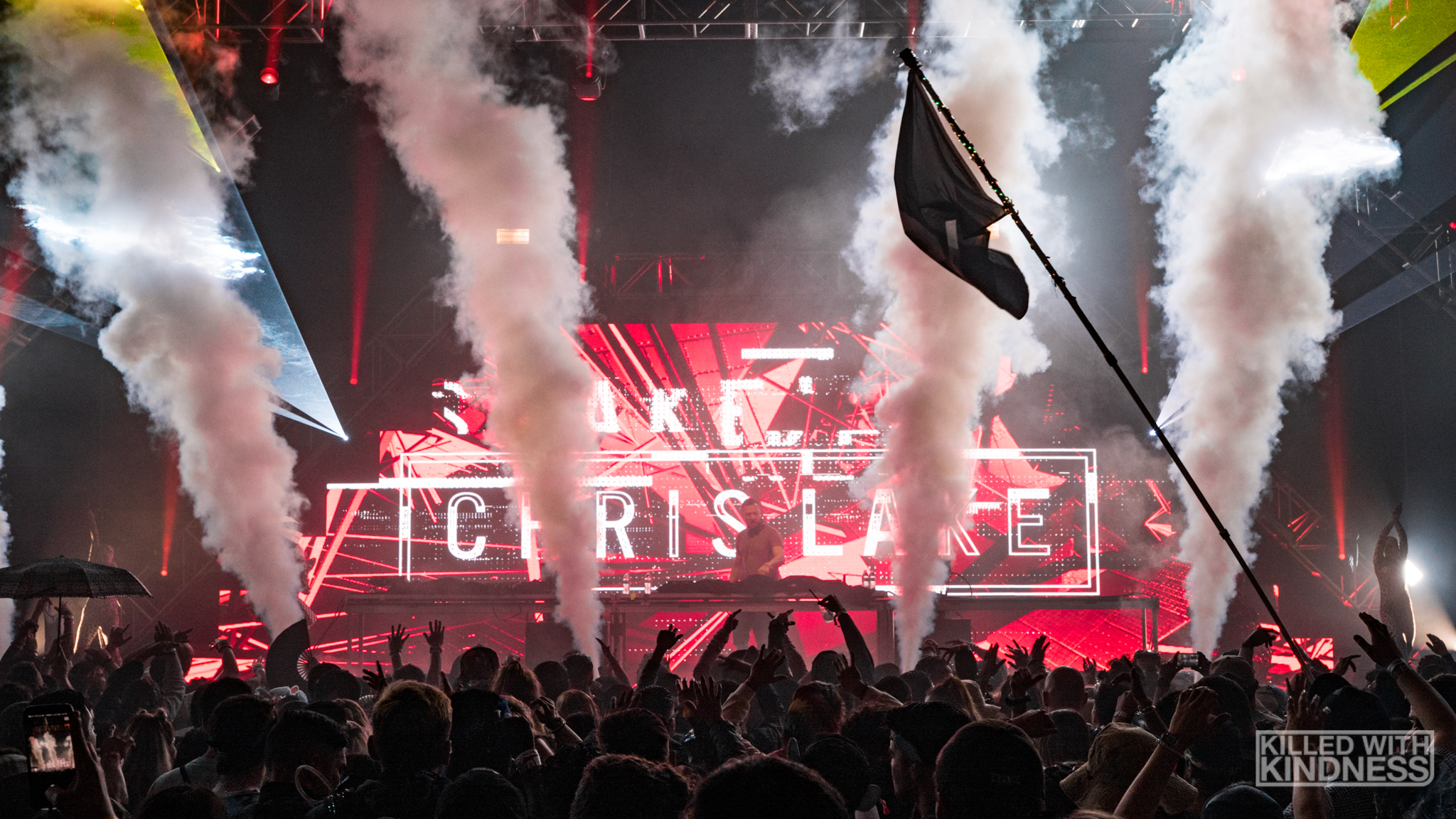