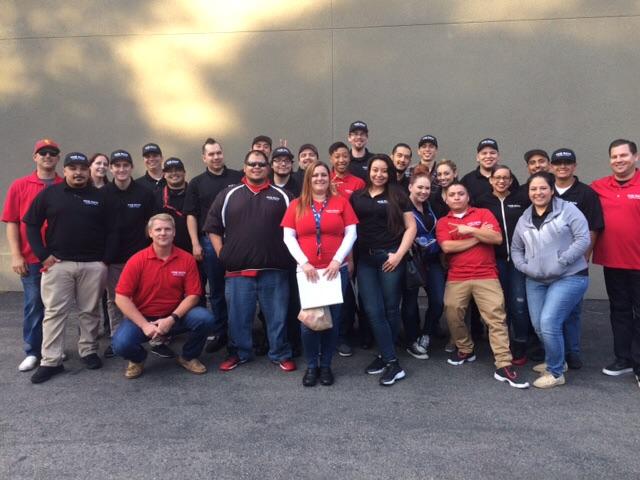 Today we’d like to introduce you to Ethan Janke.

Ethan, let’s start with your story. We’d love to hear how you got started and how the journey has been so far.
I started in the burger world in 1992 at In-N-Out Burger in San Diego. I worked for them for 10 years. I loved the fast pace and the integrity of the brand. I credit In-N-Out for teaching me some of the most valuable life and business lessons that one could hope for. I left the burger world in 2002 and went into real estate with my wife. The market was exploding and the excitement of something outside the restaurant world sounded exciting to me. In 2004, my wife and I took a chance and moved across the country to Northern Virginia. The real estate market in California had begun to slow and was still taking off in Norther VA. From 2004 to 2006, I was technically a realtor, but really let my wife take the lead while I took over primary care of our 3 young children, the youngest was 2 at the time. From the time we landed in VA (2004) we had spent at least one or two meals a week at Five Guys, a “local” burger joint. The burgers were amazing, the service was great. The fries were to die for! On one visit, I decided to let the manager, who happened to be a franchise owner, know how great I thought the experience was. We spoke for several minutes and ended up exchanging numbers. Over the next several months, he contacted me regularly, offering me different positions within his organization. By 2006, I needed to begin interacting a bit more with adults, a stay at home father was far too tough for me. I received a call from a woman with a British accent who wanted to meet, she was another franchise owner who had got my number from the first gentleman I had met. We met shortly thereafter and within a month or so, I joined her and her husband as their Operations Director. It was exciting, a relatively new burger concept on the verge of exploding. After about six months, the franchise owners and Five Guys corporate made a deal whereby the stores would become corporately owned. This opened a whole new door for me, one that would eventually bring me back to Southern California. In 2009, I packed up my family and back to the West Coast we went. I would get the opportunity to put stakes in the ground in both California and Arizona for Five Guys. In the next 2 years I opened 20 locations, averaging 1 every 45 days. It was wild, exciting and I learned more about leadership and perseverance in that time than in any other point in my life. Five Guys Operations (corporately owned locations) now has 49 locations in California, 20 of them in Los Angeles with 4 under construction and several more to follow, the majority of them being in Los Angeles.

Overall, has it been relatively smooth? If not, what were some of the struggles along the way?
There are always challenges in any business. The biggest challenge is people. Finding great people, with a passion for burgers that rivals their passion for people isn’t easy. Fortunately for me, I have the absolute best team in the world. I’ve surrounded myself with smart, happy, energetic people and the rest is easy!

Alright – so let’s talk business. Tell us about Five Guys – what should we know?
Five Guys at its core is a simple burger and fry restaurant. However, it really is so much more. We cut our potatoes each shift to ensure the freshest fries you can buy. Our teams hand prep each patty. Our kitchens are entirely open so we can prepare your order right in front of you, using only the freshest, highest quality ingredients. Our portion sizes are more than generous and all the toppings come free. What really sets Five Guys apart besides the great burgers and fries is the people. The owners of the company are very down to earth and truly care about everyone that works for them.

Any shoutouts? Who else deserves credit in this story – who has played a meaningful role?
I’ve had countless teachers and support over the years. Obviously, my family comes first. My wife, Nina, is the smartest person I know. She pushes me to get better each day. My parents both taught me so much about doing the right things and treat others with respect.

In the business world, as a young, bright eyed management candidate at In-N-Out, Kim Kuntze took me under her wing and taught me some incredible lessons, too many to list. However, the most important lesson she taught me was to take charge, simple as that.

I’ve also been fortunate enough to spend time with the “Five Guys” (they are actually five brothers). Jim, Matt, Chad, Ben, and Tyler all taught me a great deal. Their fanatical focus on their product, inspires me daily.