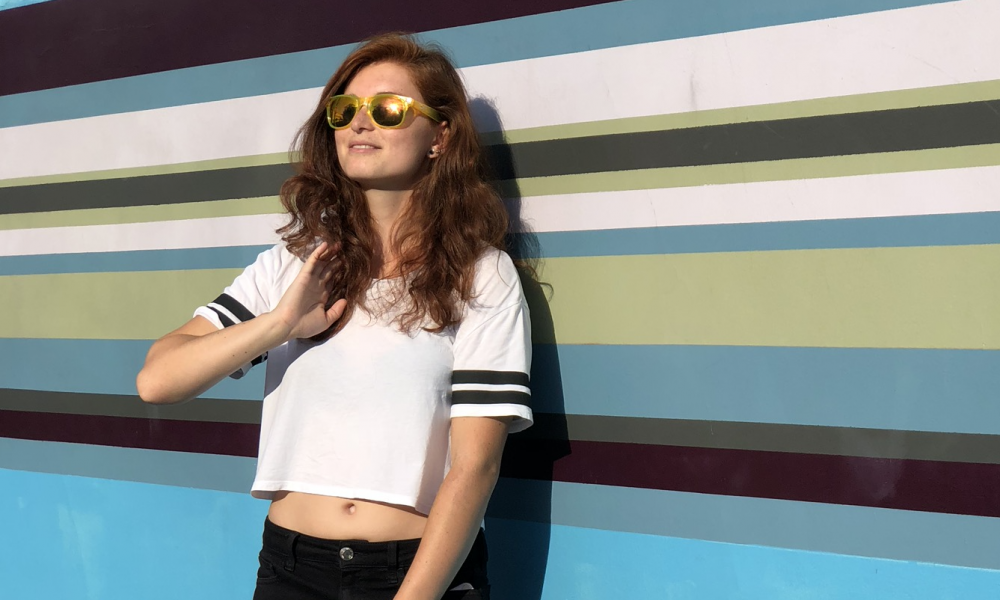 Today we’d like to introduce you to Esmée Lavalette.

Esmée, can you briefly walk us through your story – how you started and how you got to where you are today.
I’m from a small town in the Netherlands. I’ve always liked to take videos and photos of my friends and edit them into little videos with music and awful transitions, but I never thought it was something I could do for a living. That was until ten years ago when I saw Inception at the movie theater. I was 16 at the time and that film had such a big impact on me. That’s when I realized I really wanted to go into filmmaking.

After I graduated high school, I moved to Amsterdam to start my bachelor’s in Media and Culture Studies with a specialization in Film Studies at the University of Amsterdam. During this time, I went on my first holiday to the US and visited LA. This was in 2014. Funnily enough, I wasn’t a big fan of the city but I did fall in love with the West Coast. In 2015, I went on exchange to Hofstra University in Hempstead, NY which is when I realized that maybe life at home in the Netherlands wasn’t for me. During those five months, I had the time of my life and grew so much as a person. I never wanted to leave.

When I got back home from my exchange, I graduated and I had no clue what to do with my life anymore. I wanted to go back to the US as soon as possible, but I had no more money left. In the Summer of 2016, I was googling film programs in the US again and I stumbled upon the Directing Certificate at UCLA Extension. At first, it seemed impossible to save up enough money and move halfway across the world, but the more I thought about it the more I realized that this is what I really wanted to do and how bad could LA really be? I had only been there for three days anyway.

However, at the time when I found the program, I was already enrolled to start a master’s in Film Studies at the University of Amsterdam. Since I still had no money to actually move to LA, I decided to complete the program while working a side job at a sandwich shop to save money. Once I graduated, the sandwich shop offered me a full-time position. I saved up for another year and in September of 2018, I finally moved to LA to start the directing program.

Now, almost two years later, I have just recently graduated and I’m really glad I didn’t listen to myself from 2014 because I love this city so much!

Great, so let’s dig a little deeper into the story – has it been an easy path overall and if not, what were the challenges you’ve had to overcome?
I think it’s never easy to follow your dreams. They come with consequences, but I’d rather go for it and figure out along the way that maybe it doesn’t work out the way I wanted to than to not follow my dreams and regret it later.

Obviously, it’s not been easy leaving home and living so far away. I adapt really quickly and I’m fine with not seeing people for longer periods of time, but there are days where it’s still quite hard. Also, finances here in LA can be rather difficult because it’s so expensive to live here and as an international student, I was quite restricted in my hours and available jobs.

At the moment, I think one of the main struggles for everyone is the pandemic, obviously. I know I’m not the only one, but as a recent graduate and international, it’s super hard for me to find any job right now.

We’d love to hear more about your work and what you are currently focused on. What else should we know?
I’m a director but I’d also love to be a screenwriter. I do find writing quite hard though, but I’ve been trying to push myself more. The pandemic has been nice in that regard since I have so much free time. At the same time, like I mentioned, it makes it incredibly hard to find a job but I’m staying optimistic and hoping that everything will get better soon!

I’m still trying to figure out what I want to focus on as a director; what genres I’d be most interested in. However, what I do know is that since I’m gay, I want to make LGBTQ+ films or films that have LGBTQ+ characters and make sure there’s more representation in Hollywood.

My friend Cassie has just recently started her own production company, She Persisted Productions, and asked me to be part of it too. Since we’re both women and we’re both gay, we really want to focus on filmmaking by women and for women. Our website is not finished yet, but we hope to add more to it soon once we have some more concrete ideas!

What moment in your career do you look back most fondly on?
I think shooting my thesis film. I’ve directed smaller projects throughout my studies and have assisted friends but this was the first time I directed my own project on a bigger scale. Seeing it all come together on the shooting days and knowing that I did that was a pretty cool feeling to be honest. It’s now almost finished and I can’t wait to send it to film festivals! 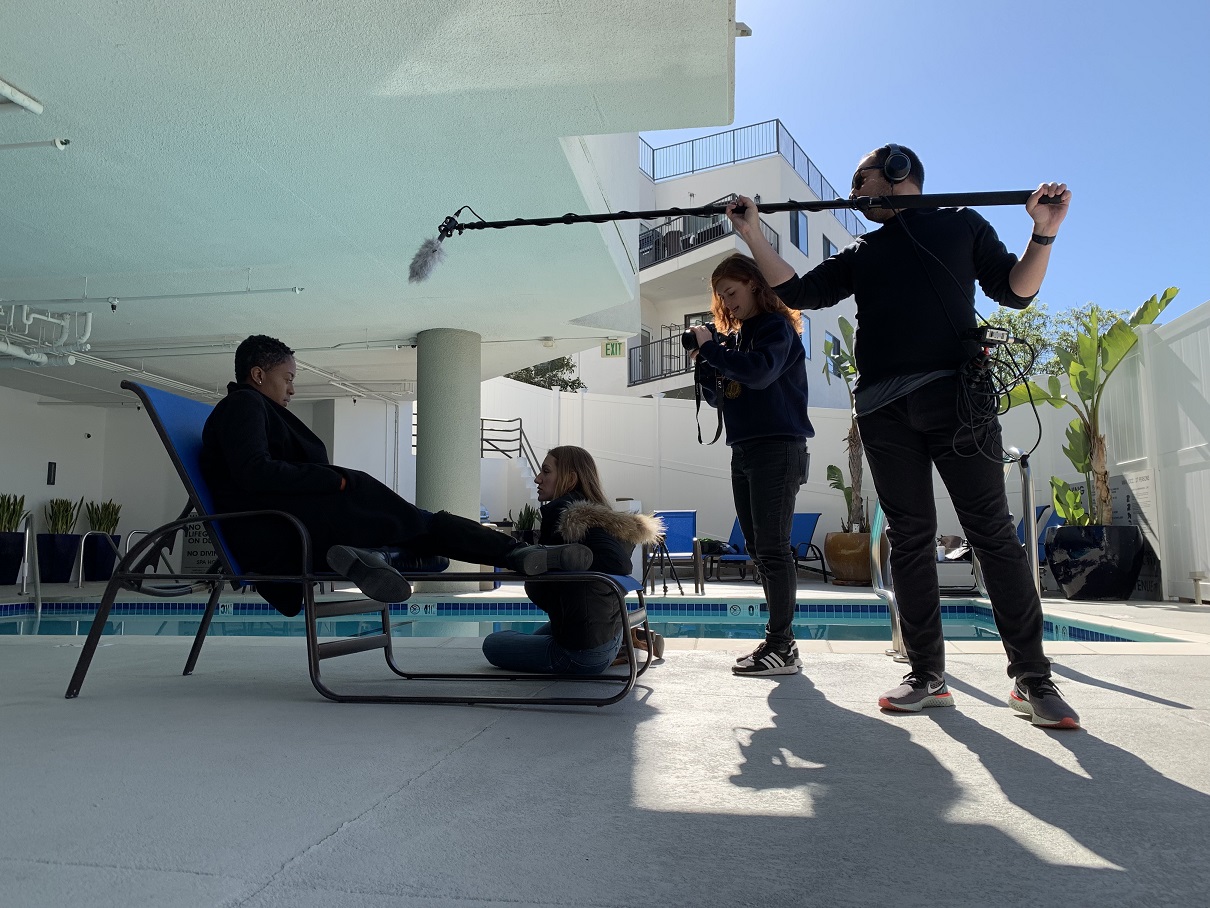 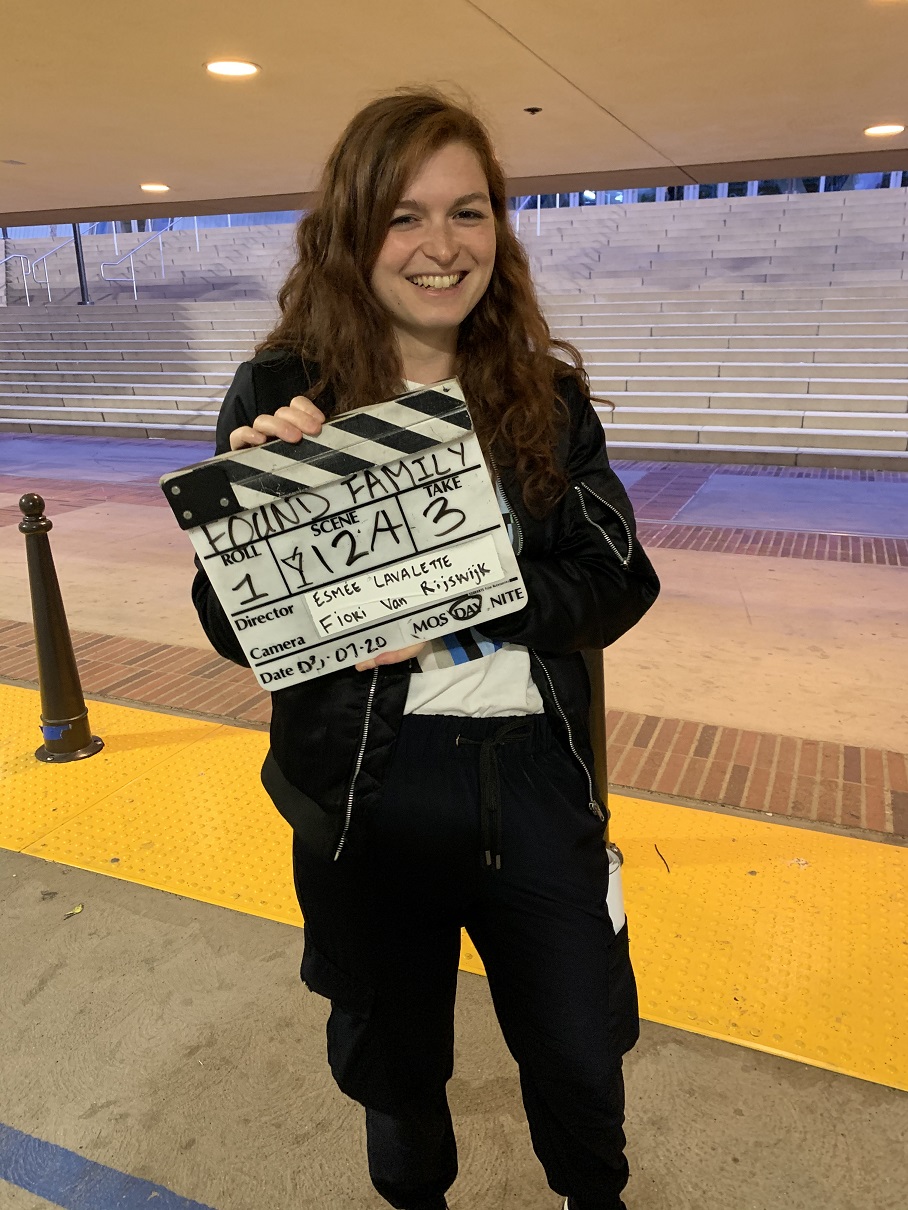 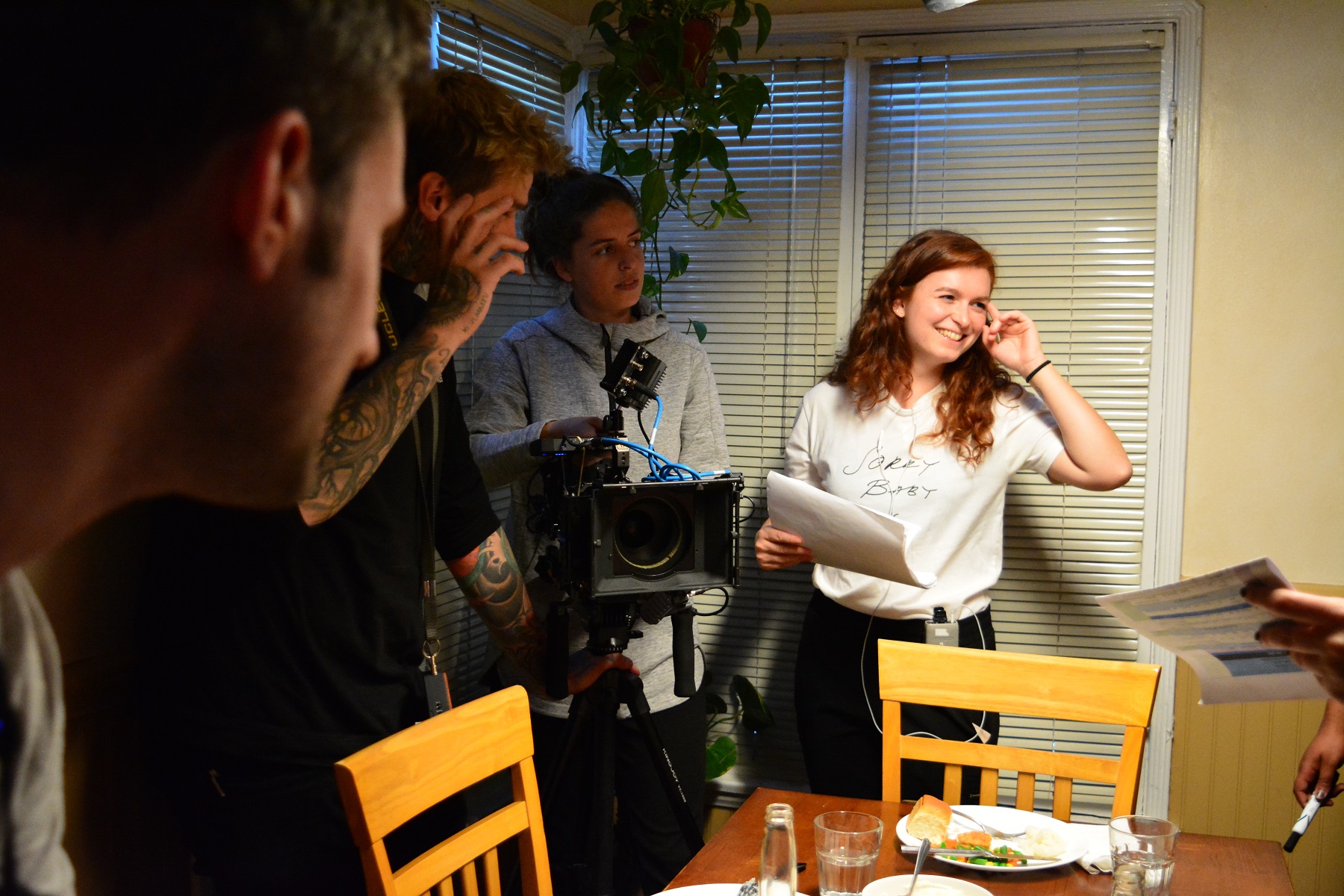 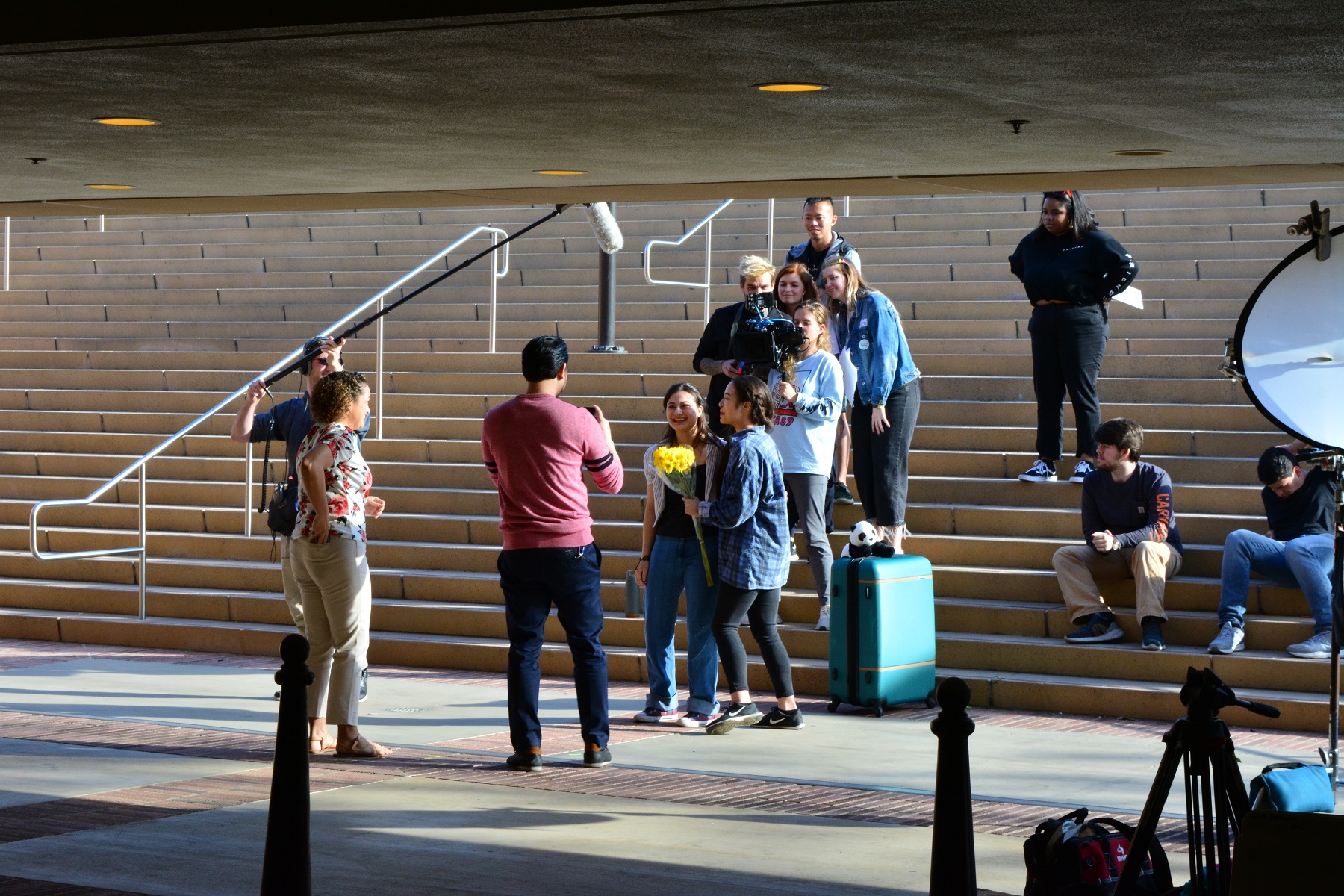