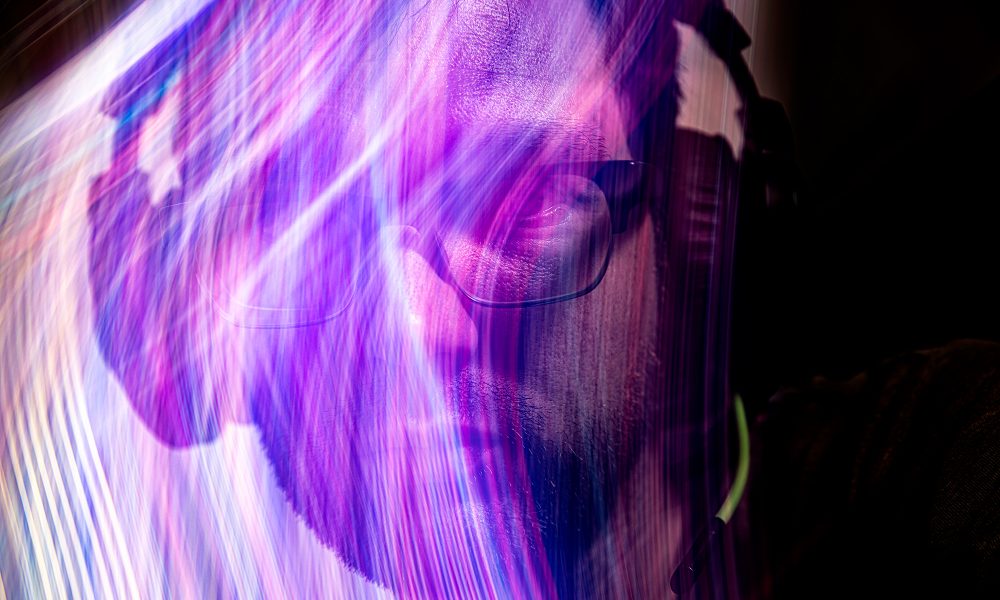 Today we’d like to introduce you to Eron Rauch.

Every artist has a unique story. Can you briefly walk us through yours?
One part DIY and one part apostate fan pretty much sums up my background. That’s way too simple, but I spent a lot of my formative years in the suburbs and rural midwest where if you wanted to have something happen, you had to do everything yourself. Want to throw a rave? Fine, well there’s nothing around, so you’ll need to learn to DJ, and make a flyer, and book a venue, and promote the event, and run the finances, and, probably, make photographs for a zine, start a label to release the mixtape, and post about it on a website too. Somewhere along the line, you probably need to figure out how to dance at least slightly cool.

This heterodox and DIY approach never really left my work, from building installations during my MFA at CalArts through helping Dan Rosenboom start-up Orenda Records. If anything, the DIY focus on building local communities for artists to support each other has continuously gotten even stronger as my career has grown. Adam Feldmeth and his Stone Soup art co-education group via Southland Institute was a big influence in this regard, after grad school.

Winding time back a bit, at the same time I was learning the ropes of DIY, I was a complete nerd. But I was really, really bad at being a good nerd. I’d constantly start anime clubs or comics zines, but my interest in radical art, music, and politics would invariably lead to me being alienated from the very groups of people I helped bring together. Over time, I noticed these frictions were often related to really weird and powerful subsurface currents in culture, economics, and history. More and more, my art started tackling this strange but extremely productive tension of being the consummate pop-cultural insider and perpetual outsider at the same time. Eventually, the art took over, but it turns out that the art world doesn’t really know what to do with conceptual photography about World of Warcraft, so I’m kind of back to where I started.

Please tell us about your art.
At the most basic, I make long-form visual art projects, write essays, curate shows, and also co-run an event called Project Pizza that raises money for food justice. I also do a lot of design, album cover art, and art direction for the jazz and experimental music scene. I’m the worst possible musician, but I love supporting that scene. I think I just finished my 100th album cover, which is really wild considering I only started doing that 6-7 years ago!

My art projects can seem odd at first, both in subject and approach. I’m always searching for places in contemporary life that are unlikely subjects for fine art, but on closer inspection fracture and permutate into much deeper, revealing windows to show hidden aspects of the world. For example the labor and visual signification of cosplay at conventions, videogame culture, the layers of mediocre repairs on our local Dingbat apartments, our relationship to screens, extended technique in music, or even the imperialistic visual language of World of Warcraft. But despite the heady surface, my work always folds around the dark matter gravity of something deeply personal. To use my World of Warcraft project A Land to Die In, I tie that land back to the photographs that sold America’s westward expansion, but I’m also grappling with the fact that my girlfriend at the time dumped me for someone she met in the game.

As for how, long-form projects from obtuse angles are my basic method. It usually takes between 4 and 7 years to wrap up a project, which can span a hundred images, a dozen related essays, a few installations, and maybe curating a show or two. I’ll usually have two or three big projects in production at once.

I do endless research, production, and reworking, reconfiguring, and following small, intuitive leads. Throwing away two years of work is pretty common. But so is coming back ten years later and remixing those images into a completely new project. I even bootlegged the rejected frames from one project to become a whole new, but related project. I don’t recommend this style for everyone, but it has worked for me to make dozens of projects.

Because of this endless permutation and reworking from different angles, photography always felt like a natural medium. Plus, photography and its cultural conventions and technology around it are so policed in any given context, if you try to misapply it to anything even halfway different, it breaks in wonderfully useful and revelatory ways.

One curious aspect of my art is that, while I often make individual pieces of work, I always see the overarching project, the images, installation, and any related writings, as a single work of art. Something like paragraphs in an essay or tracks in a weird Salon des Amateurs-style DJ mix. Some nights, I think maybe my whole output is one project, just a long cycle of novels. This sometimes makes it hard to represent one of my projects through a couple of selected images, which is especially hard in the age of timelines and online randomized context.

Many times, I try to show the projects in non-standard spaces that create a dialog about its subject, community, or context. Traditional galleries are great, but there are endless other options for showing art that produce very different conversations. For instance, I show work at bluewhale in Little Tokyo quite often, which has led to musicians writing songs based on my pieces, which have inspired new approaches for my art, which ended up inspiring more music, repeating along in a public context for other people to be part of and respond to.

Regarding what I hope people take away:

There is a very specific feeling I always get when I’ve driven down the same freeway dozens of times, passing across another unknown freeway just as many times without noticing it, then for some reason, but find myself on going on a new route that takes me careening down that unknown freeway, crossing that previous unassuming interchange from the perpendicular direction. Suddenly, previously shadowy geography is given a shape, a relationship, and the mysterious shards of the city broken apart flow together, as a change happens in my mental map. I want my art, my essays, my curation, even my design work, to trigger that revelatory moment of reorientation.

These shifts in context created through obtuse, complex and dynamic, new perspectives reframe our presumptions about the relationships of the world. It just happens to be digital identities, the economics of fandom, legacy architecture, historical reenactments, techniques of making music, global cultural interchange, the physical body’s relationship to screens, or the idiosyncratic and insidious preconceptions of photography that I’m trying to connect in new ways, not freeways. (After all, Catherine Opie already did an incredible project on freeway overpasses!)

But simply building a new perspective isn’t enough. The reason I work with a whole constellation of contemporary media and community issues is that these new angles of view, these new connections, this more contextual understanding breaks down the monolithic, inevitable feeling of modern consumer-media culture and highlights that even the most common things around us can be changed. The best thing that can come from my work is that another person, whether an artist or in another field, uses one of my projects as a trailhead, inspiration, or conceptual tool to start their own new project.

We often hear from artists that being an artist can be lonely. Any advice for those looking to connect with other artists?
We live in an era that fetishizes bingability, flow state, autoplay similar, and algorithmic feeds marching endlessly into oblivion. I see being an artist as opposed to the forces of passivity, assumption, and consumption. Not to be overly idealistic, but art feels like a place we can go to practice active attention, contextual awareness, and claim back some control of our whiplash digital image-lives.

It might be weird, but I feel like two major factors that I try to build in my community are curiosity and a willingness to relentlessly interrogate my own assumptions. The more you can follow your curiosity wherever it may lead, no matter how intricate, subtle, complicated, or counterintuitive—no matter how much it leads away from the right way to use a tool or away from a trending topic or even to the opposite of where you started—the more your art will productively contribute to the world. It’s hard to get too in your own head when you’re honestly curious about something outside of yourself.

How or where can people see your work? How can people support your work?
Right now, I’m finishing up a period of helping get other projects into the world. Angel City Jazz Festival, which I art direct, kicks off October 2nd (http://angelcityjazz.com/). It features Terry Riley, who is one of my musical heroes! Also in October, Glitch City asked me to help curate their production of IndieCade’s Night Games, which is there nighttime carnival of experimental and genre-defying digital projects. Night Games was a major influence on opening my mind to the possibilities of video games outside of the mainstream, so it was a real honor to be asked to be a guest curator. I’m also doing a performance art event/screen painting class at Night Games called Les Écrans des Refusés. That’s October 12th at 6 PM in Santa Monica! (https://www.indiecade.com/night-games-2019/)

Later this winter, artist Shing Yin Khor and I are going to do one of our infamous Project Pizza events. These are a series of faux pop-up IG restaurants that sell art instead of food to benefit the incredible local non-profit, Food Forward. Want to get pizza-themed art delivered to you in a pizza box and help fight food insecurity and food waste across Los Angeles? This will be your jam. (https://www.eronrauch.com/projectpizza)

For my own work, I’m collaborating with the archeologist and writer Justin Reeve to create a photography and essay book on the landscape of both real and digital recreations of Tokyo for London’s Heterotopias. That should come out at the end of the year. I’m just wrapping up shooting and editing on a project of large-scale photographic self-portraits called Valhalla Nocturnes, which is about the relationship of the human body, the endless battles of late-night video games, and depression. The best way someone could help is to find me a gallery to show that work!

Other than that, my website is the best place to find all my work! www.eronrauch.com But I’m also on IG @eron_rauch and Twitter (mostly games stuff) @eronrauch. 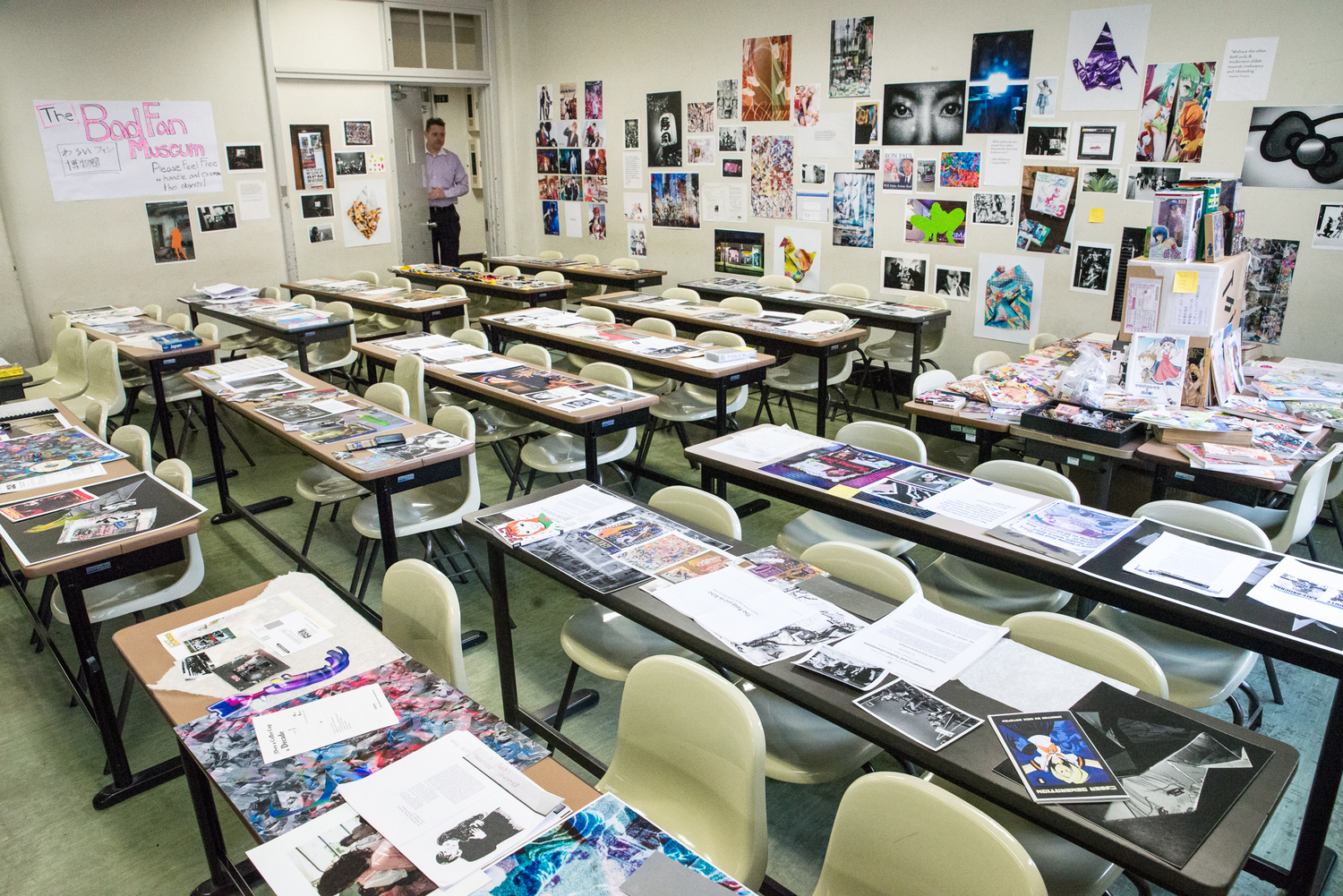 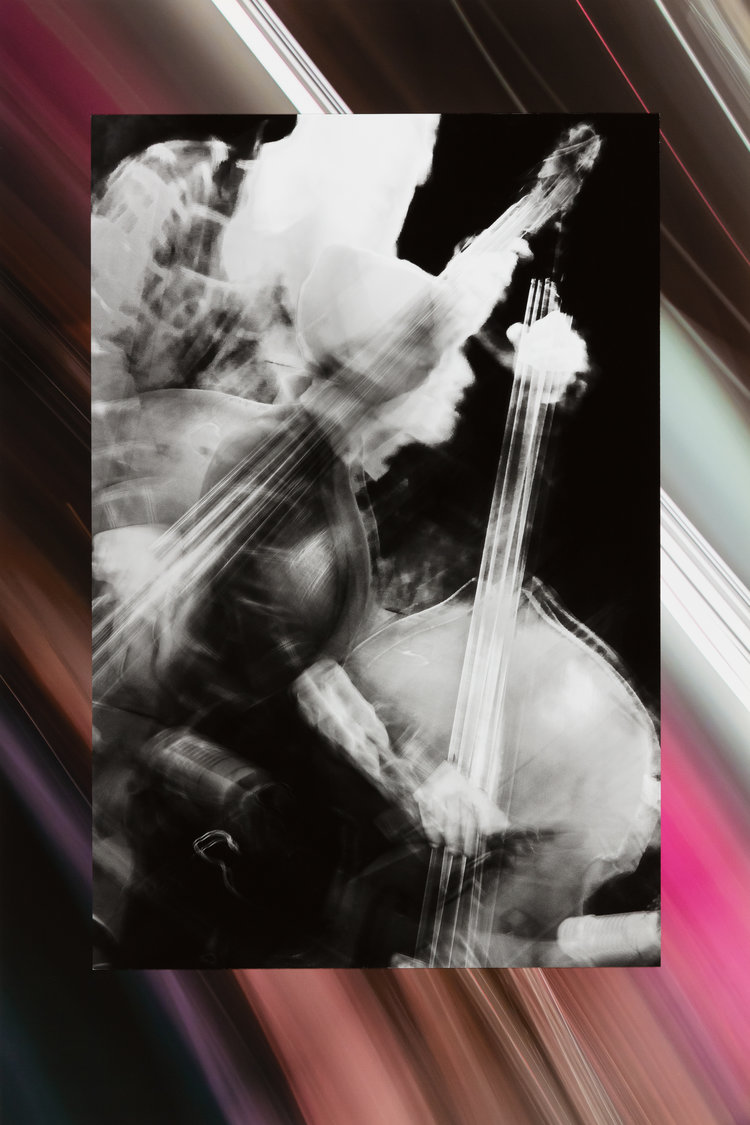 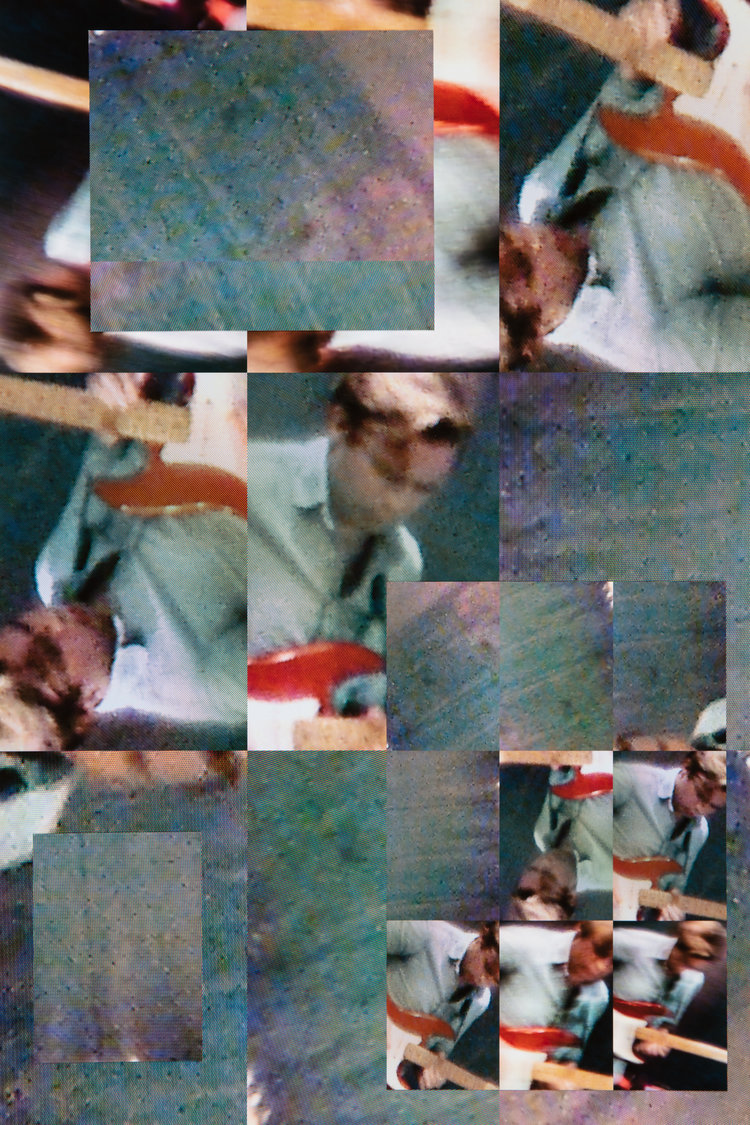 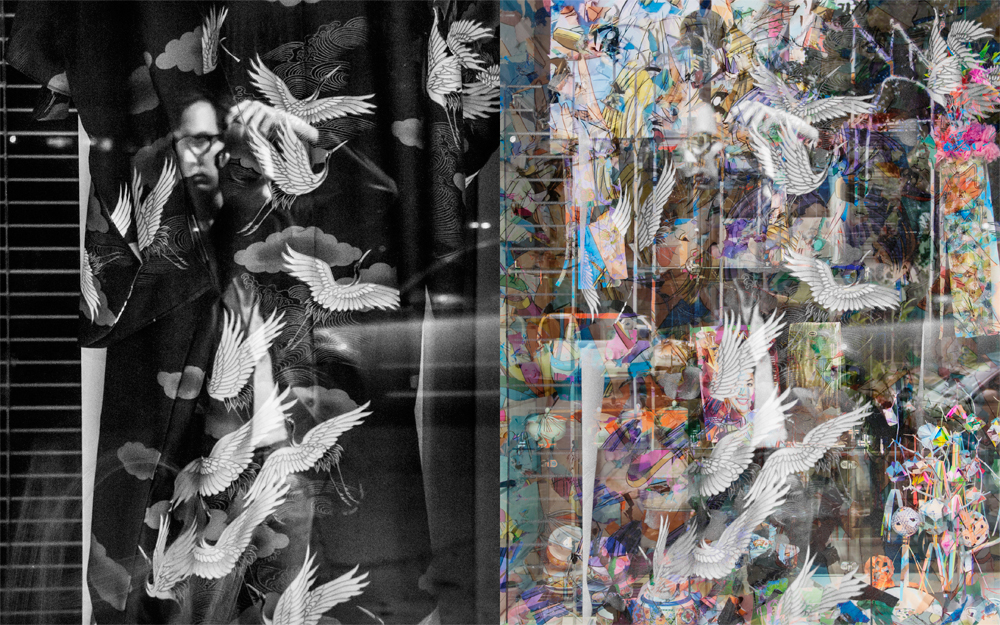 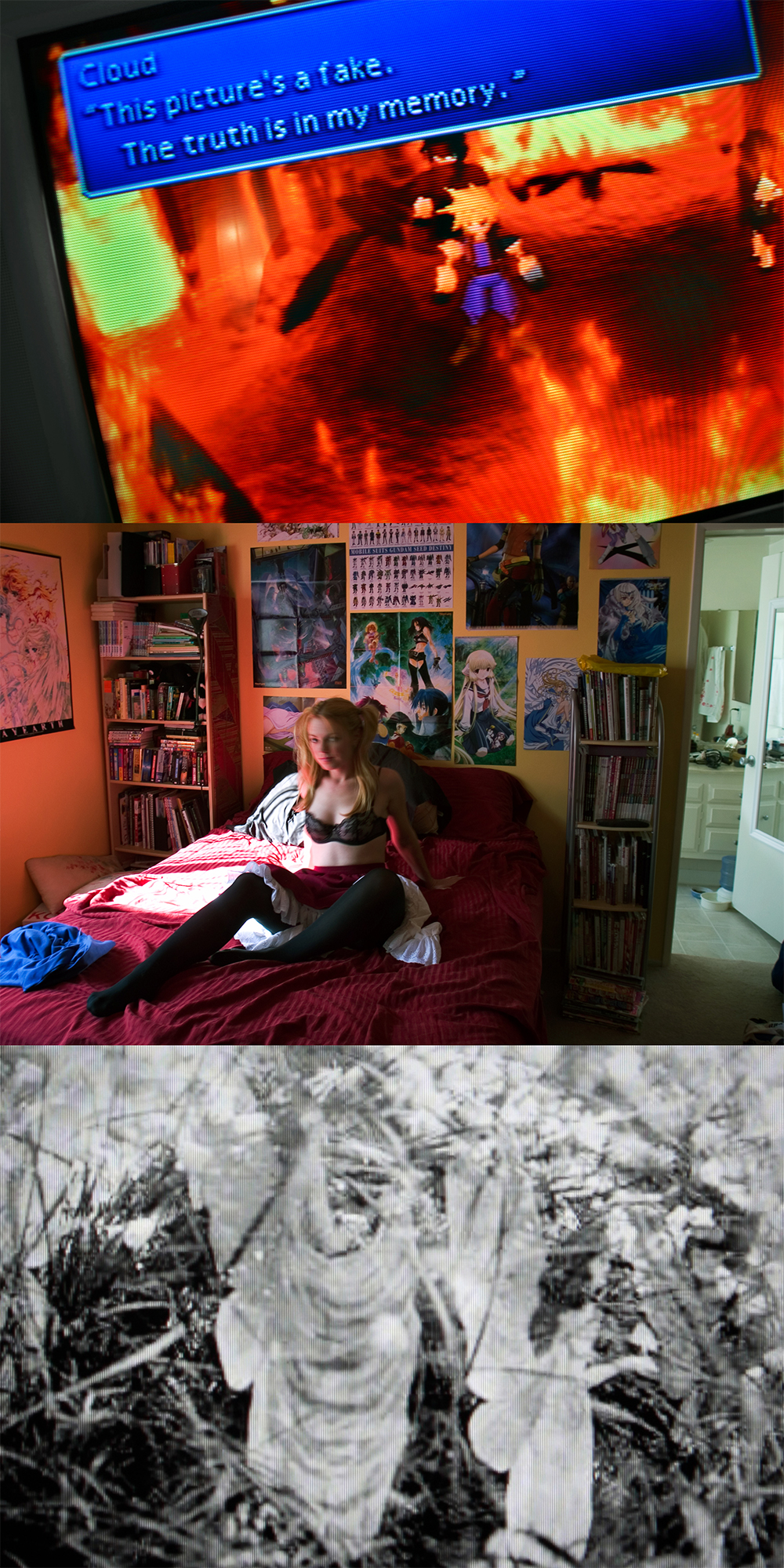 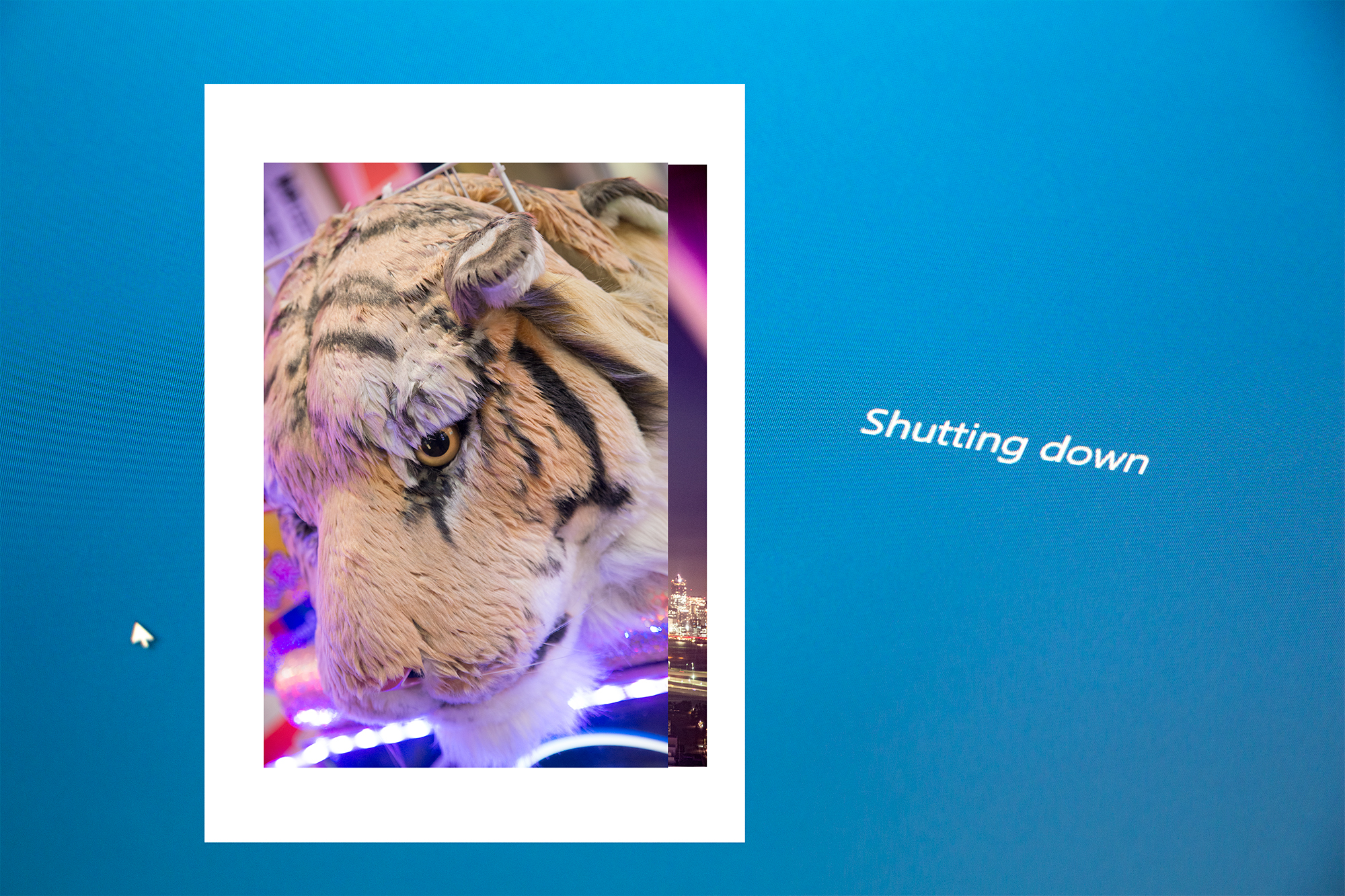