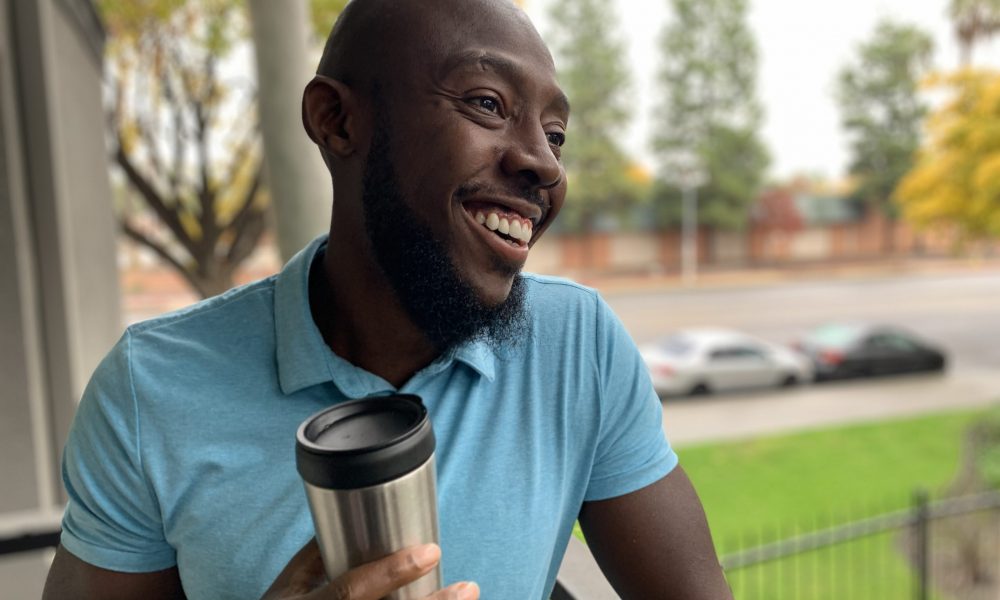 Today we’d like to introduce you to Ernest L. Dancy.

Ernest, can you briefly walk us through your story – how you started and how you got to where you are today.
In late 2015, tired of auditioning, writing and creating television show concepts that I continuously struggled to get traction on; I decided I would come up with something that was direct to consumer and didn’t require anyone to greenlight. I knew the internet was the key, social media was huge, and figured I’d brainstorm something I could create communications wise as it pertained to the distribution of it. The first idea was to create a literal one-for-all app where one message or post would hit all the platforms. I knew it was feasible because my brother-in-law was a programmer. I told him about it and that was what we were going to do… But after thinking twice about the pitfalls and obstacles that could arise from that, we decided against it. Being tired of seeing things come across my news feed on Facebook and IG that didn’t interest me, from hundreds of people labeled as “Friends” I hadn’t seen nor spoken to in a million years, or of whom I actually never met in person at all… I figured I’d solve my own pain point.

That is basically how the idea for PLUG.ME.IN was born. I wanted to be on an app with a news feed and content only from people that I currently had things in common with, and actually interacted with in real life, because most likely, they would also post things that I could and would presently relate to. They could send me a message and we could actually go to get a cup of coffee or take the kids on a play-date. At that point, Ubong and I formed OneFourAll Concepts, LLC. and began on this journey to bring the idea to fruition. Fast forward to 2019 when we finally were able to release a minimally viable product; It is so funny… We’ve built this entire startup and our company’s first offering; PLUG.ME.IN – an app that will foster true togetherness… due to circumstances, we had to do it entirely remotely! Him living, working, and CTOing from Georgia with his wife and children, and me living, working, and CEOing from Los Angeles with my wife and children. It would have been much easier to do if we were in the same place… But as it pertains to bringing society something that you feel is sorely missing, you’ve got to do what you’ve got to do.

Has it been a smooth road?
It hasn’t been a smooth road at all LOL, but its all been worth it. Since we’ve been building our startup and the actual PLUG.ME.IN app from two different states, in two different time zones, with family responsibilities pertaining to our wives and kids, and also working our regular jobs (a lot)… there was a very high degree of difficulty. Also add in the fact that we had to bootstrap this whole thing. We didn’t have the privilege nor benefit of any angel investors, VC funding… none of that. Everything was just on us (very small margin for error). Ubong is the one who coded this whole thing, I’m the one who came up with the idea(s), had to do all the paperwork pertaining to the business side of things, I even built the landing page website.

At one point, things went very wrong and the original cloud service we were utilizing couldn’t actually support the functions we were told it could, Ubong had to go back, take the app off of there, and then re-write most of the foundational parts of the code so that it could fit on another cloud service (database). That cost us more time and money too of course. Then, the operating system of the iPhone got updated numerous times over the past five years as well as Apple offering different dimensions and sizes of the iPhone simultaneously; In which code for the app would again have to be altered over and over. I don’t code, so again, that fell all on Ubong Ekpe. (Deep breath) – I laugh, and “yes” there have certainly been challenges, but that is all part of the process of creating something great. The people, and getting the chance to offer PLUG.ME.IN to individuals all around the world – to bring them back to a place of personal, authentic, and exclusive communication and sharing within the social networking landscape is worth it. The journey has been unbelievable.

We’d love to hear more about your business.
Our company OneFourAll Concepts is a tech company aiming to develop product and service-based applications that are not only trendy and successful but that also serve a societal good, fosters a safer environment, and improves the way people experience life.

We are most known for and most proud of our first offering, which we have now been able to bring to fruition; The PLUG.ME.IN app. It’s the social networking app for your REAL-LIFE social network of people. You go out to the club, instead of exchanging numbers, give them your plug. No app-wide search bar, so you don’t have to worry about random people searching you out and sending you unwanted plug requests. Categorized WIRE posts and relationship settings allowing you to micro share with very specific categories of your people: Be it close friends, family, business associates or acquaintances. Video calling, Outlet messages… It is going to be fantastic, PLUG.ME.IN is currently available for iPhones, with the Android version coming really soon.

What sets us apart from others, especially within our industry first and foremost, is that we are African Americans. We are not recent college grads nor college freshmen who got an idea dropped out and then built their startup. We started this whole thing in our thirties, married, and with children. We haven’t received any outside funding as of yet. I graduated from LIU (Brooklyn Campus) and he graduated from the University of Pittsburgh, so we didn’t attend Ivy League schools. All of these attributes give us a different perspective and different way of doing things than many of our tech industry counterparts and I think that is a very positive thing.

Is our city a good place to do what you do?
I am from Brooklyn, it is cold eight months out of the year, sure NYC is the city that never sleeps and that is great, but LA is the place that I met the most influential people who elevated themselves to heights that I wanted to reach. On top of that; Los Angeles fosters an environment in which they could be very social, as a result, a lot of them became friends of mine, we hung out a lot, and they exposed me to lots of great things. The decision that my wife and I made to move to LA back in 2008 was the best decision we could have ever made for ourselves. This city is a great place for tech businesses. The fantastic weather is unmatched, more attention is being paid to the industry due to the huge tech companies who have relocated here, the city infrastructure is drastically improving every year, and the lines are now blurring between the tech, sports, gaming, and film/TV industry; Which for Hollywood and Silicon Beach, represents abundant opportunity for growth and innovation. Los Angeles is home, and I envision a wonderful OneFourAll Concepts headquarters being built here and providing lots of new employment and career opportunities for our residents! 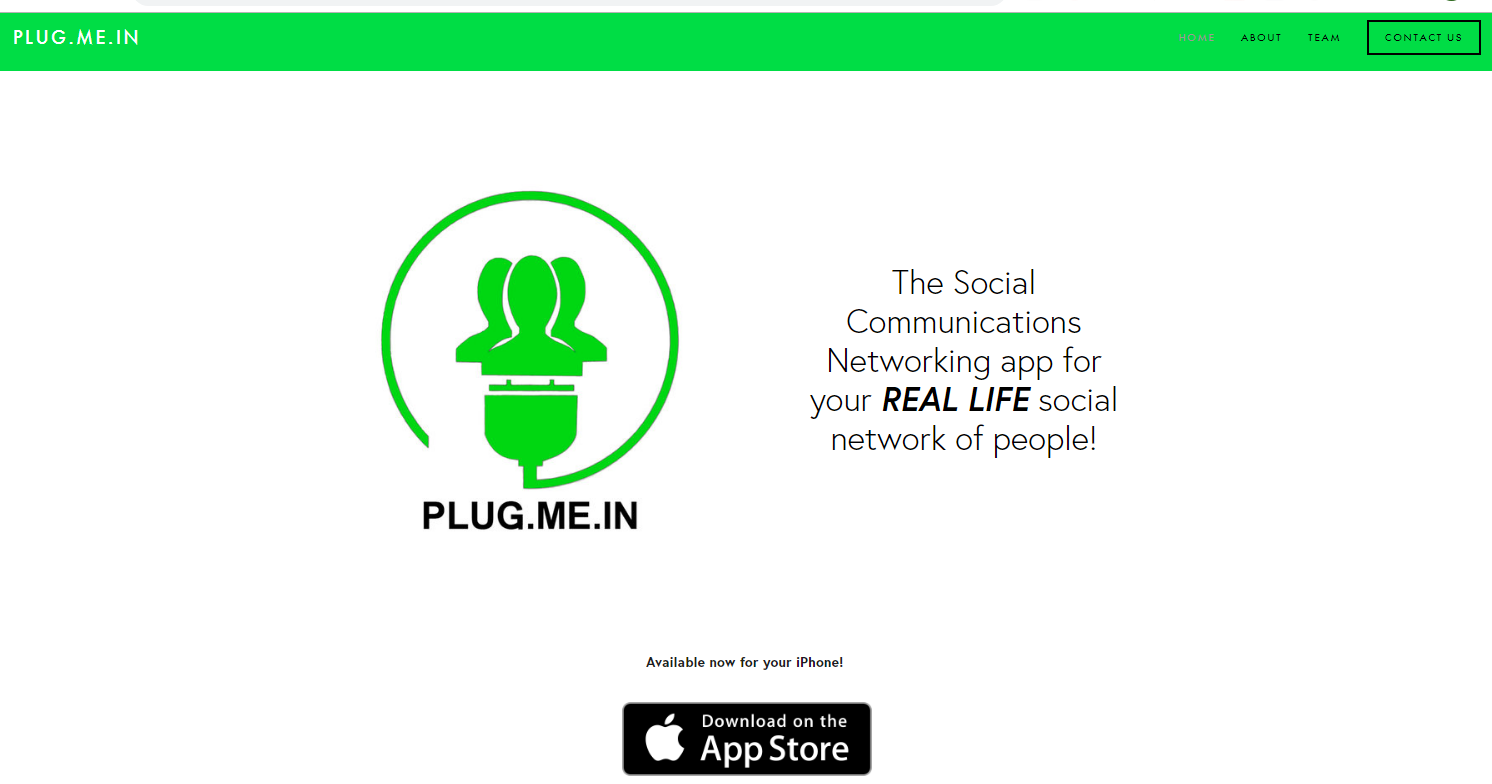 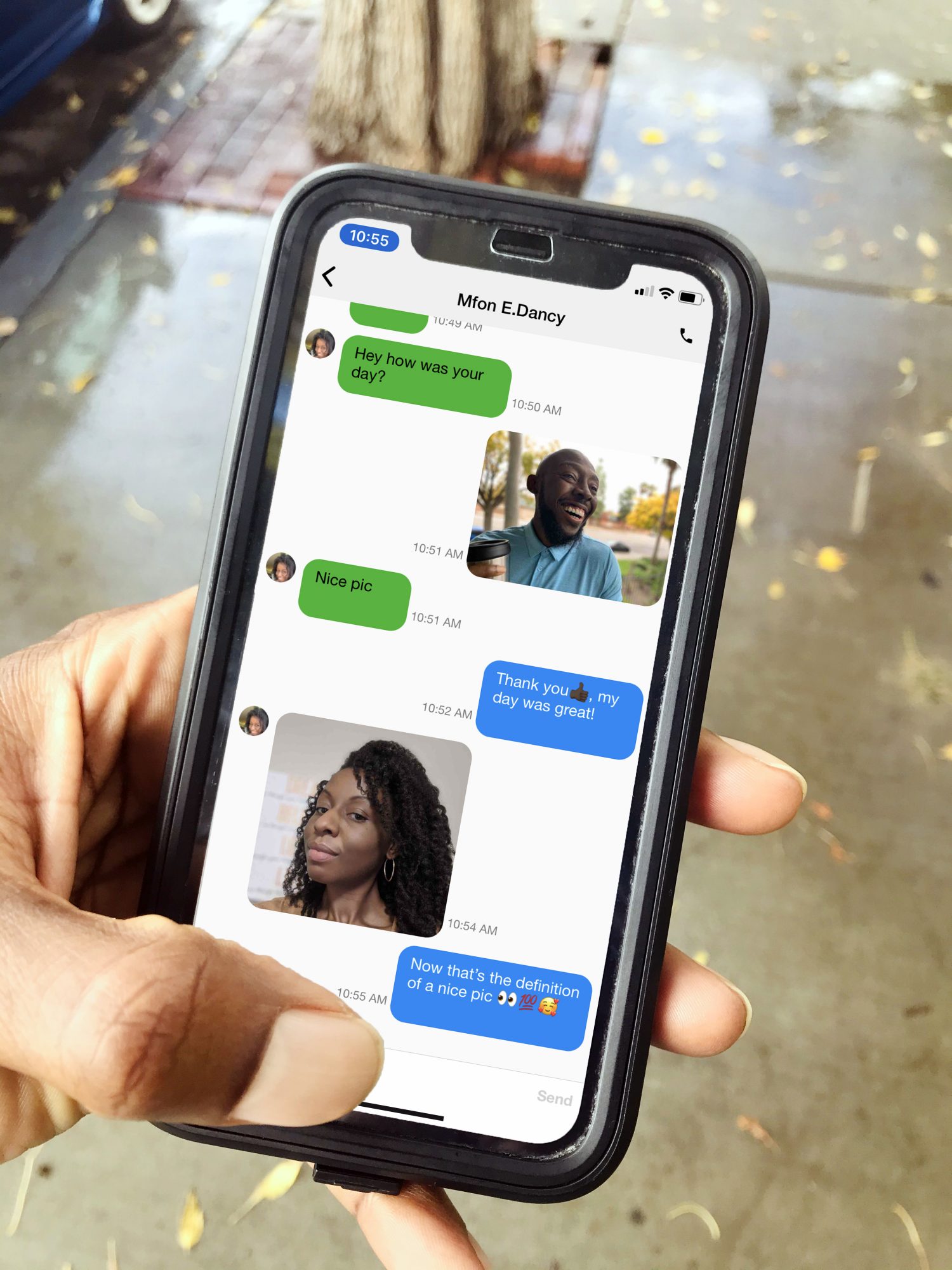 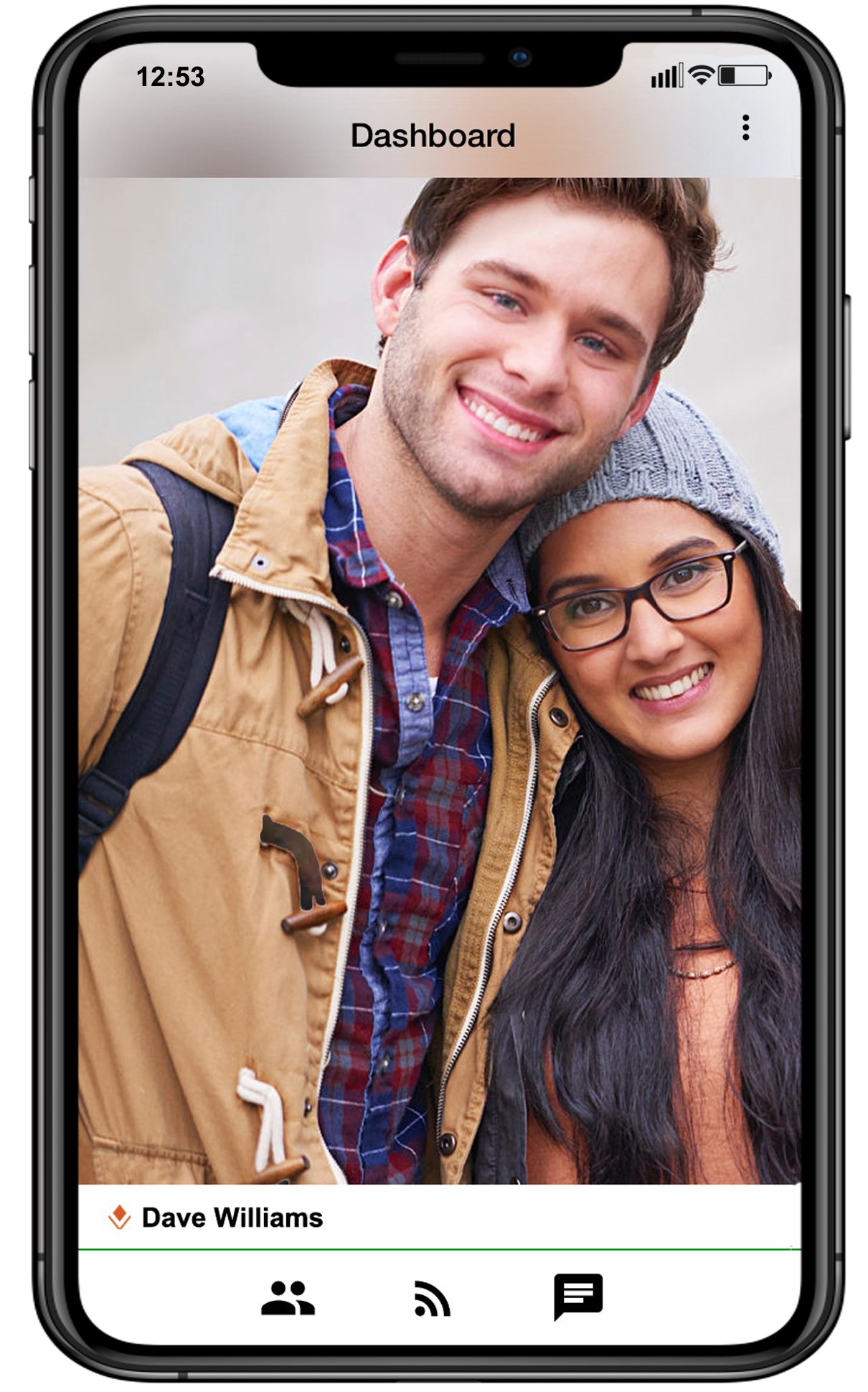 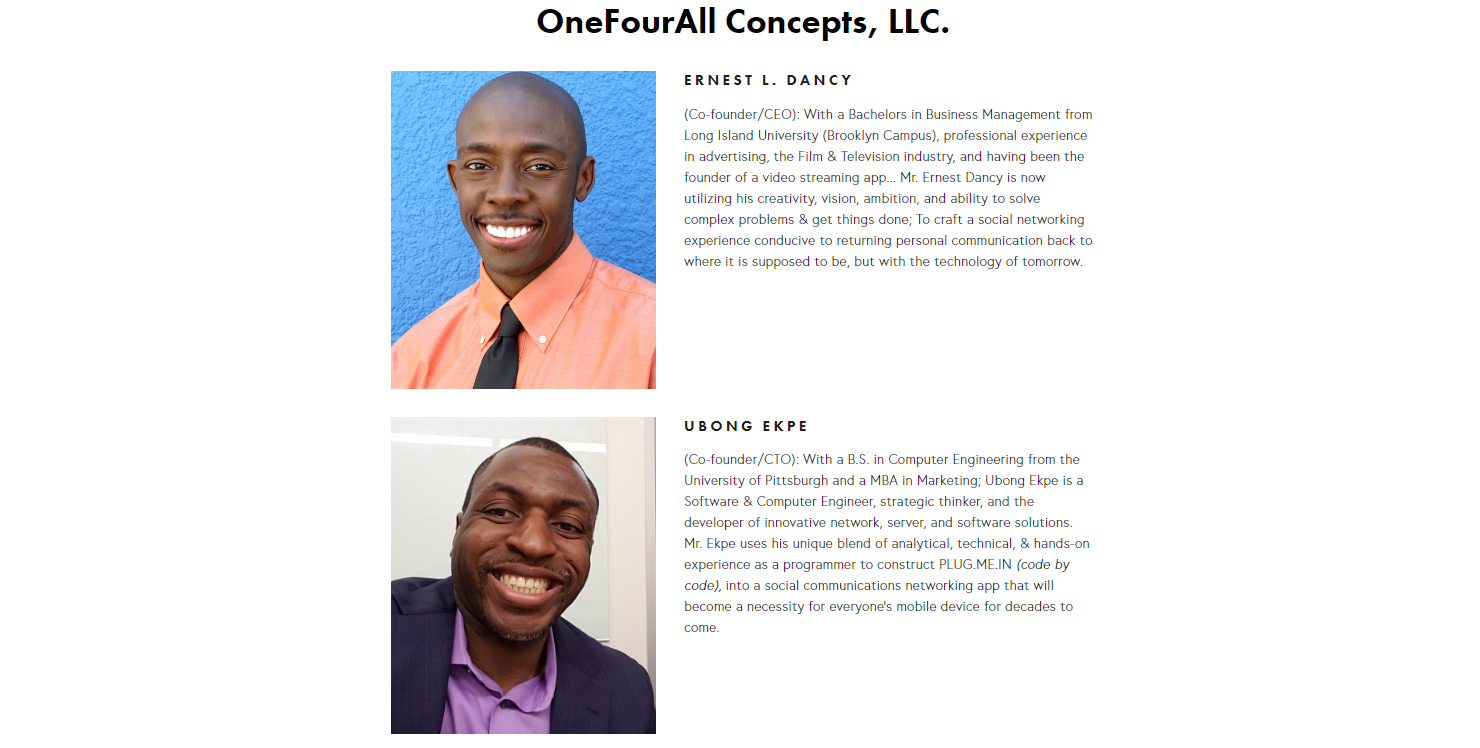