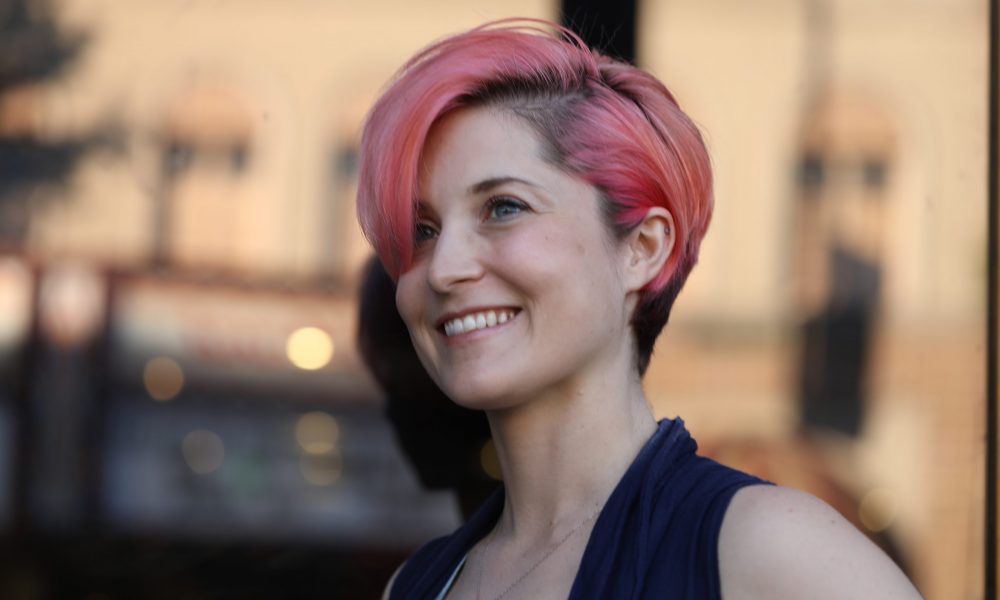 Today we’d like to introduce you to Erin Reynolds.

Erin, can you briefly walk us through your story – how you started and how you got to where you are today.
I was the kid who always had my original Game Boy by my side. I grew up fascinated by video games – by the adventures they took me through, the worlds they allowed me to visit, and the comfort they brought me as I moved around from city to city, country to country throughout my childhood.

When it came to making a decision on what college I wanted to go to and what I wanted to focus my studies on, I decided that I wanted to find a way to apply my talent and interest in visual arts that also leveraged my curiosity about technology. (I didn’t yet know that “making video games” was an actual career path at that time.)

So, inspired by the early Pixar films (which were a novelty at the time), I first thought that 3D animation might be a good fit for me. I applied to USC’s Fine Arts program with the hopes of studying animation in the greatest city for show-biz. While I didn’t get into USC at first (I was waitlisted), I eventually got the call that a spot opened up and I couldn’t have been more excited to start my exciting career in animation!

However, after struggling through a few animation classes I realized that the idea of animation was much more appealing to me than the act of doing it.

So, given my passion for art and technology, my next step was to become involved in visual effects by joining USC’s special/visual effects student organization, SCFX. I was fascinated with using technology to create amazing new worlds and realities and, eventually, became the Vice President of the student club for one year and then President the next. While I enjoyed the creative process behind VFX, it was during an SCFX tour of a few game studios that it finally dawned on me that one could actually work in games! Everything suddenly clicked.

From that moment on, I realigned my focus to learn everything I could about making games. At first, I thought maybe I could be a concept artist, but that soon evolved into game design. I was fortunate enough to have the opportunity to intern with Disney Interactive Studios’ creative development program – which then enabled me to transition into full-time production and game design roles throughout the company. I loved every part of making games and I was fortunate to be surrounded by so many creative, supportive, and talented people at Disney.

However, while I knew I found the perfect alignment of my interests and talents in the discipline of game design, I couldn’t help but feel like something was still missing. Inspired by some of the games that had a big impact on my life – like “Ecco the Dolphin” which inspired me to memorize every whale, dolphin, and porpoise species name when I was 16 or “Dance Dance Revolution” which changed my relationship with exercise – I started thinking a lot about the power video games have to positively impact players. It was something that seemed both so obvious to me but also mysterious at the same time. So, I returned to USC to pursue an MFA in their Interactive Media and Games Division with the School of Cinematic Arts. My goal was to focus on learning how to make “positive games” – games that are entertaining but also give back to the player in some way, shape, or form while leveraging emerging technology to best achieve this goal.

My passion for creating games that both entertain and benefit players only grew further during my time at USC and I knew that I had, at long last, found the place where my talents, interests, and heart all aligned. With that, I eventually founded my own video game development studio, Flying Mollusk, to dedicate myself to making “edgy games for good” and I am thrilled to say, years later, we have one released product (a game called “Nevermind”) and several very exciting things currently in the works!

We’re always bombarded by how great it is to pursue your passion, etc – but we’ve spoken with enough people to know that it’s not always easy. Overall, would you say things have been easy for you?
Starting a company, and especially an indie game studio is incredibly difficult. However, I have been very fortunate to have met some incredible people along my journey who have gone above and beyond in supporting my vision for Flying Mollusk and creating edgy games for good. The support of those individuals – through mentorship, collaboration, advocacy, and more – has made what initially seemed to be an impossible path one that has enabled Flying Mollusk to continue and grow over the years. I am so incredibly grateful for their help and encouragement.

Despite all that, it certainly hasn’t been easy. Running an indie game studio has required 12+ hour days 6-7 days a week pretty consistently for the past 5 or so years. Small businesses are often nothing if not unpredictable – and unexpected hiccups along the way have often required me to not pay myself for months at a time in order to keep things running smoothly. The exhaustion, unpredictability, and the responsibility of taking on this path has -many times- caused me to question whether I’ve got what it takes to be doing this. Some mornings I wake up and wonder what I’ve gotten myself into!

However, what gets me out of bed those mornings (and, really, most mornings) is remembering that I’m fortunate enough to have the chance to pursue my dreams and leverage my passion for art, technology, and creating otherworldly immersive experiences in a way that, hopefully, helps make the world a little bit of a better place for some people. That’s a tremendous gift and I have to give it everything I’ve got for as long as I’m able.

So, as you know, we’re impressed with Flying Mollusk – tell our readers more, for example what you’re most proud of and what sets you apart from others.
Flying Mollusk is an independent game development studio that focuses on “edgy games for good.” That is, games designed for mature audiences that are fun, impactful experiences that leverage emerging technology to help people in ways that will benefit their lives in “the real world.”

For example, our flagship product, “Nevermind,” is a biofeedback-enhanced thriller adventure game that indirectly teaches folks how to manage feelings of stress and anxiety. At its heart, it’s a surreal adventure-thriller puzzle game wherein you’re exploring the minds of individuals who have experienced psychological trauma.

However, if you play “Nevermind” while wearing one of its supported heart rate sensors (like an Apple Watch) or simply using a webcam (which uses emotion AI-powered by Affectiva), the game can actually pick up on potential feelings of fear, stress, or anxiety.

If you let your fears get the best of you, the game will become harder. If you’re able to calm yourself in the face of terror, the game will be more forgiving. So, in this way, “Nevermind” is a little bit like a stress management tool disguised as a video game. The same skills you need to develop to stay cool while facing the creepy and intense scenarios within the game can be used when facing those “every day” stressful situations. Furthermore, “Nevermind’s” narrative was written to help bring awareness to the complexities and pervasiveness of PTSD and psychological trauma.

As one of the only video game studios that is currently using biofeedback- and one of the few who are dedicated to making commercially available games that might help people – we’re really proud of the success “Nevermind” has had so far. That success has proven to us that people are interested in playing games that are more than “just fun” and that there are so many amazing possibilities for games and interactive experiences of this nature just waiting to be created! It’s a very exciting time!

So, what’s next? Any big plans?
While we have several plans in the works (that are all top secret for the time being), Flying Mollusk will remain dedicated to using the coolest technology out there to create games that can have the biggest positive impact on players and communities. We’ll be announcing more about these upcoming projects as soon as we can on our website. 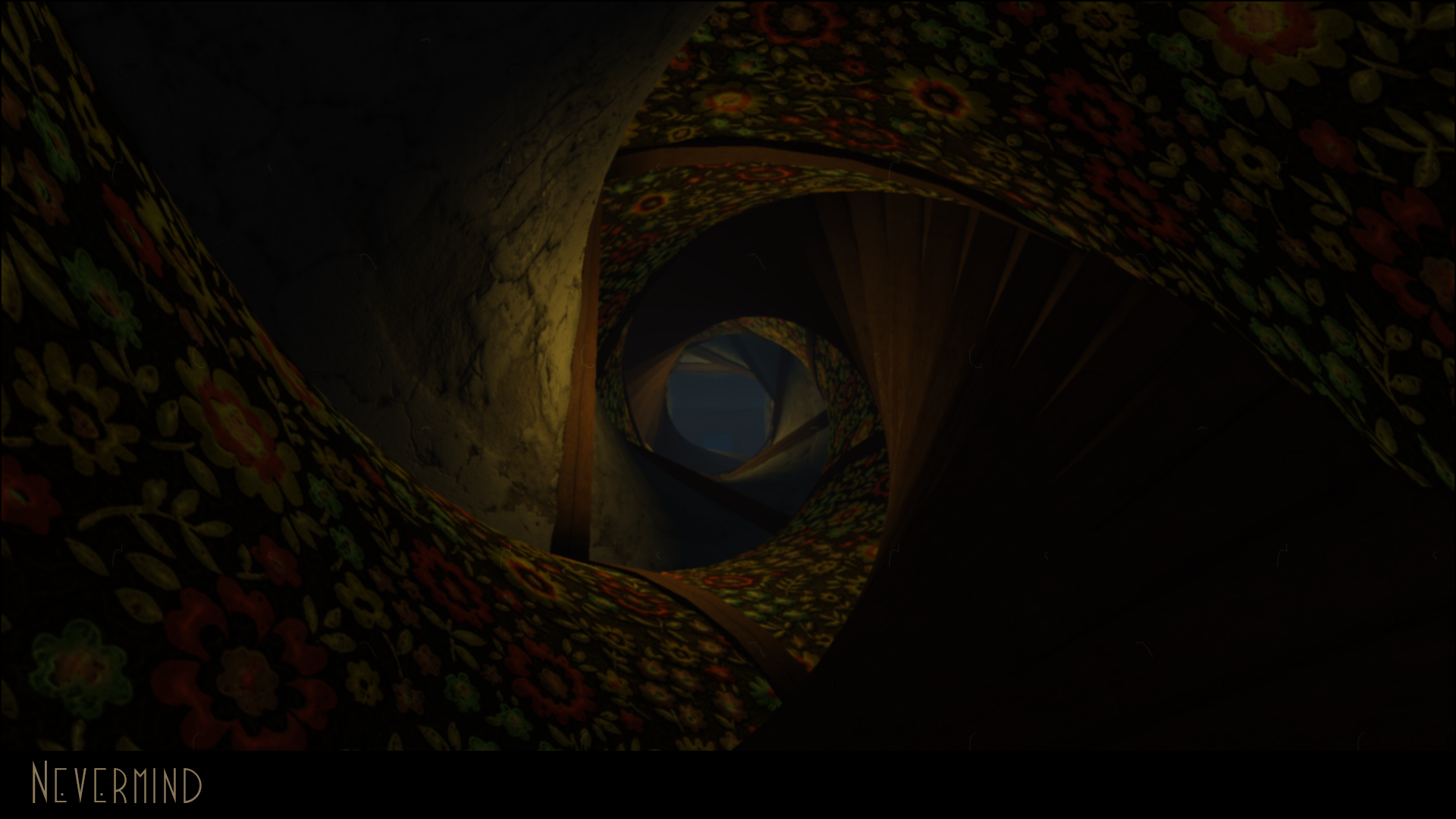 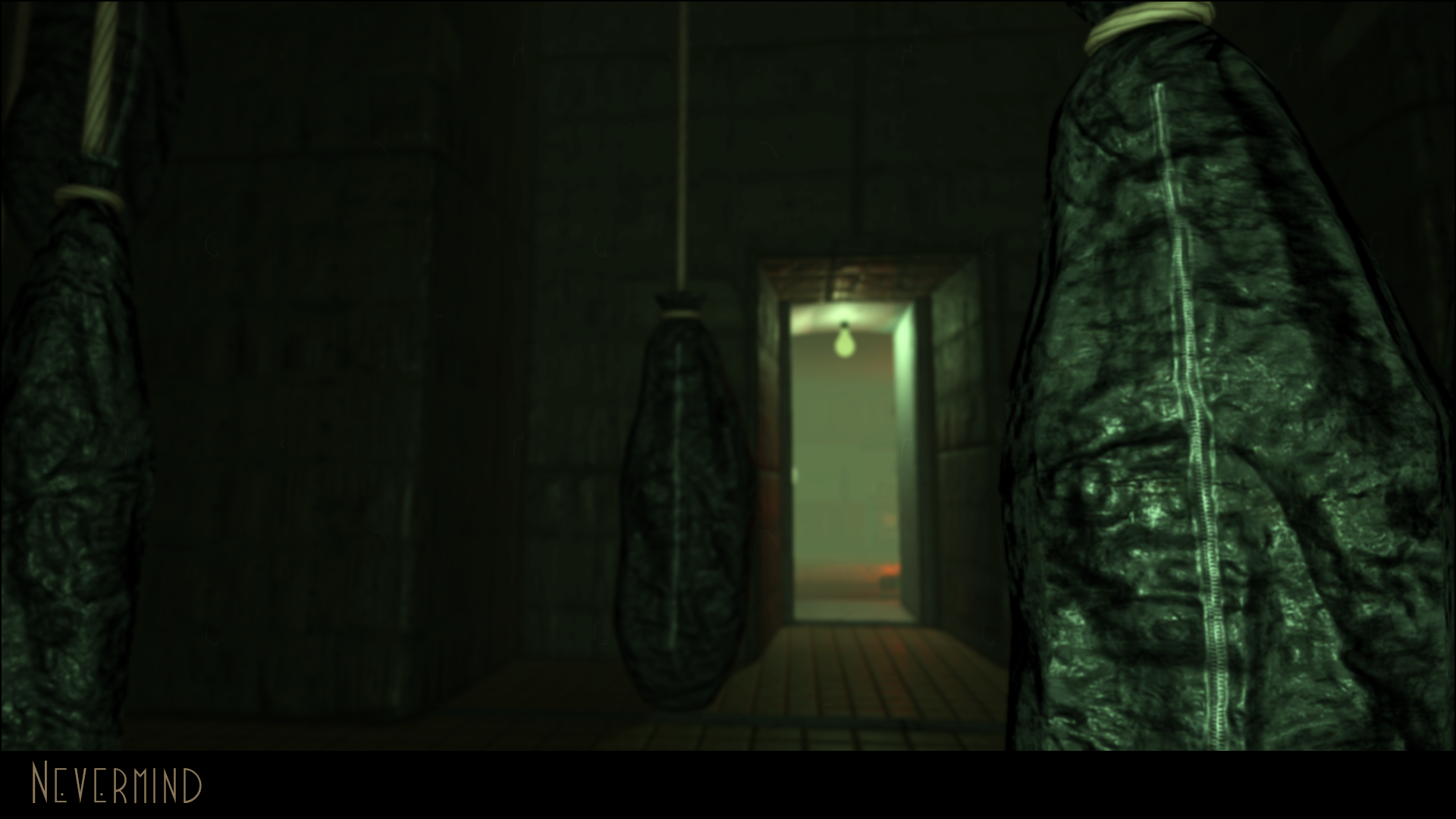 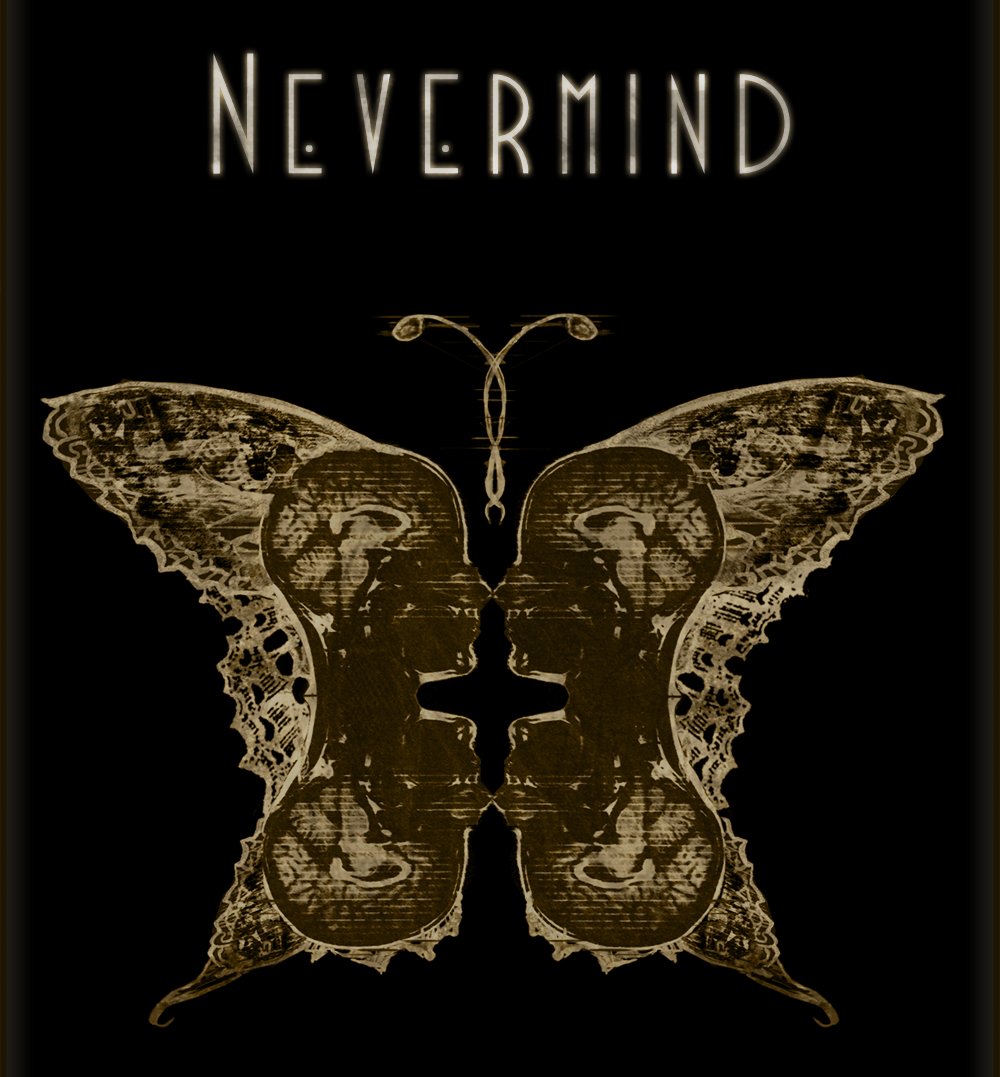 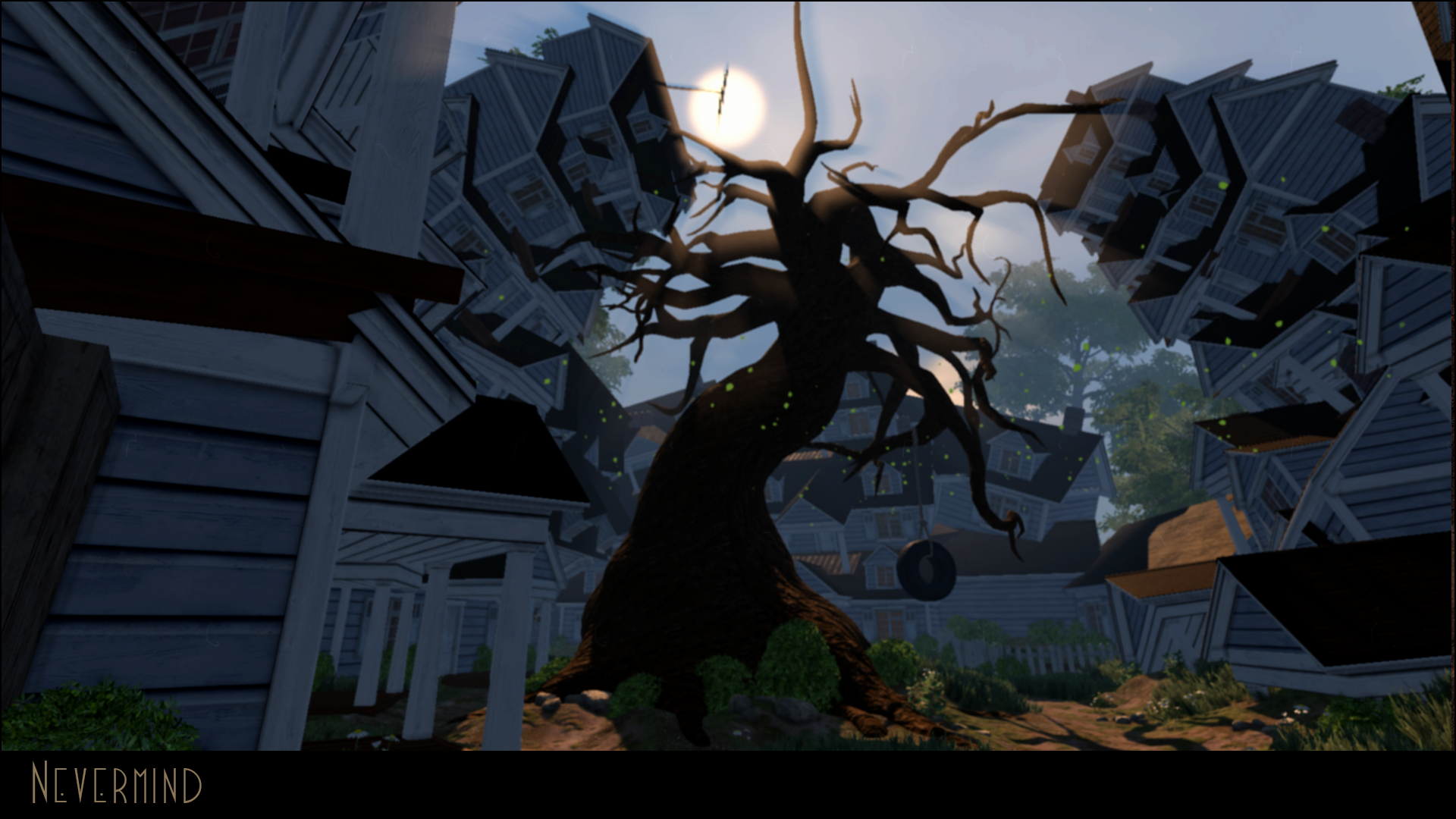 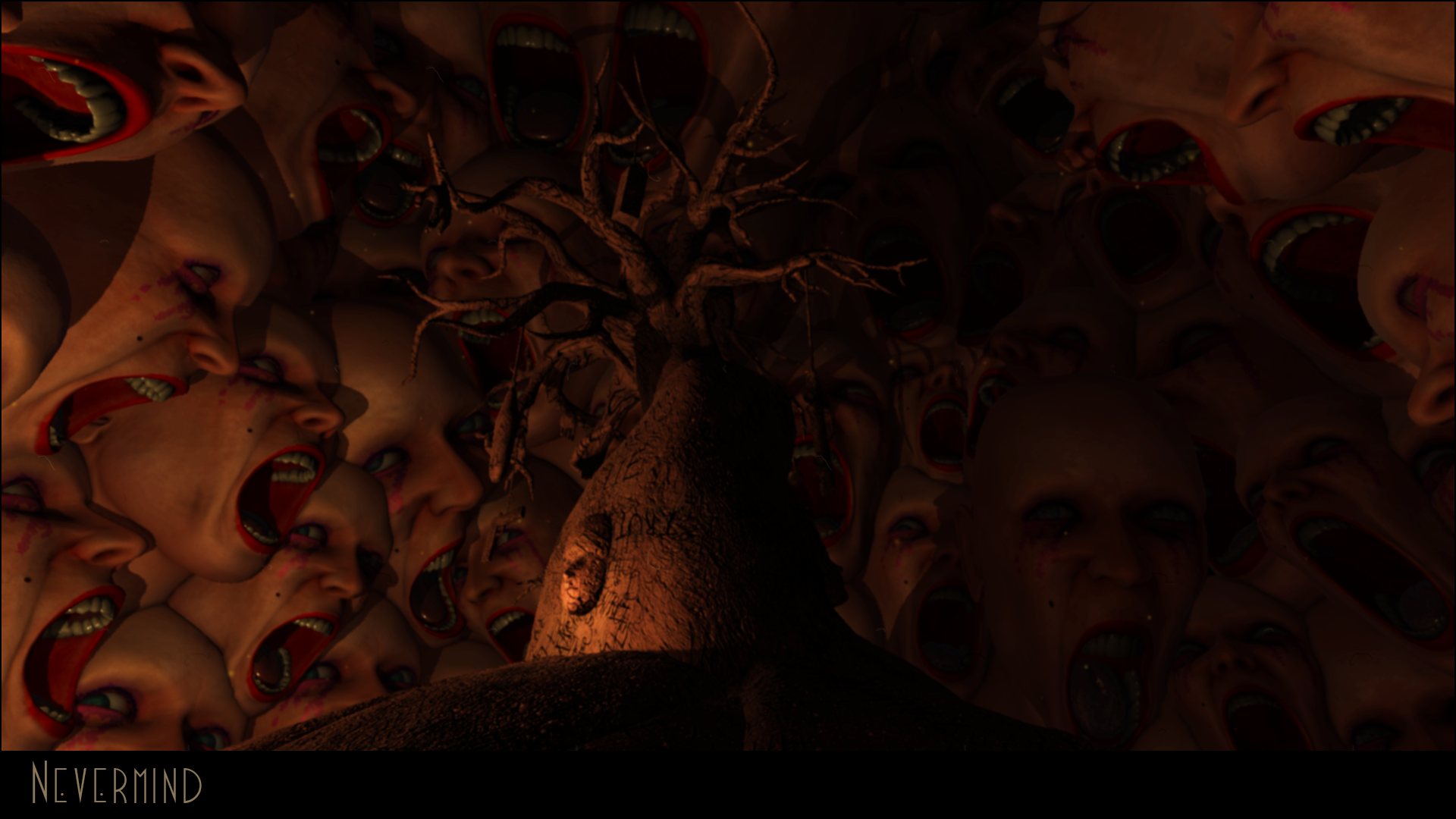 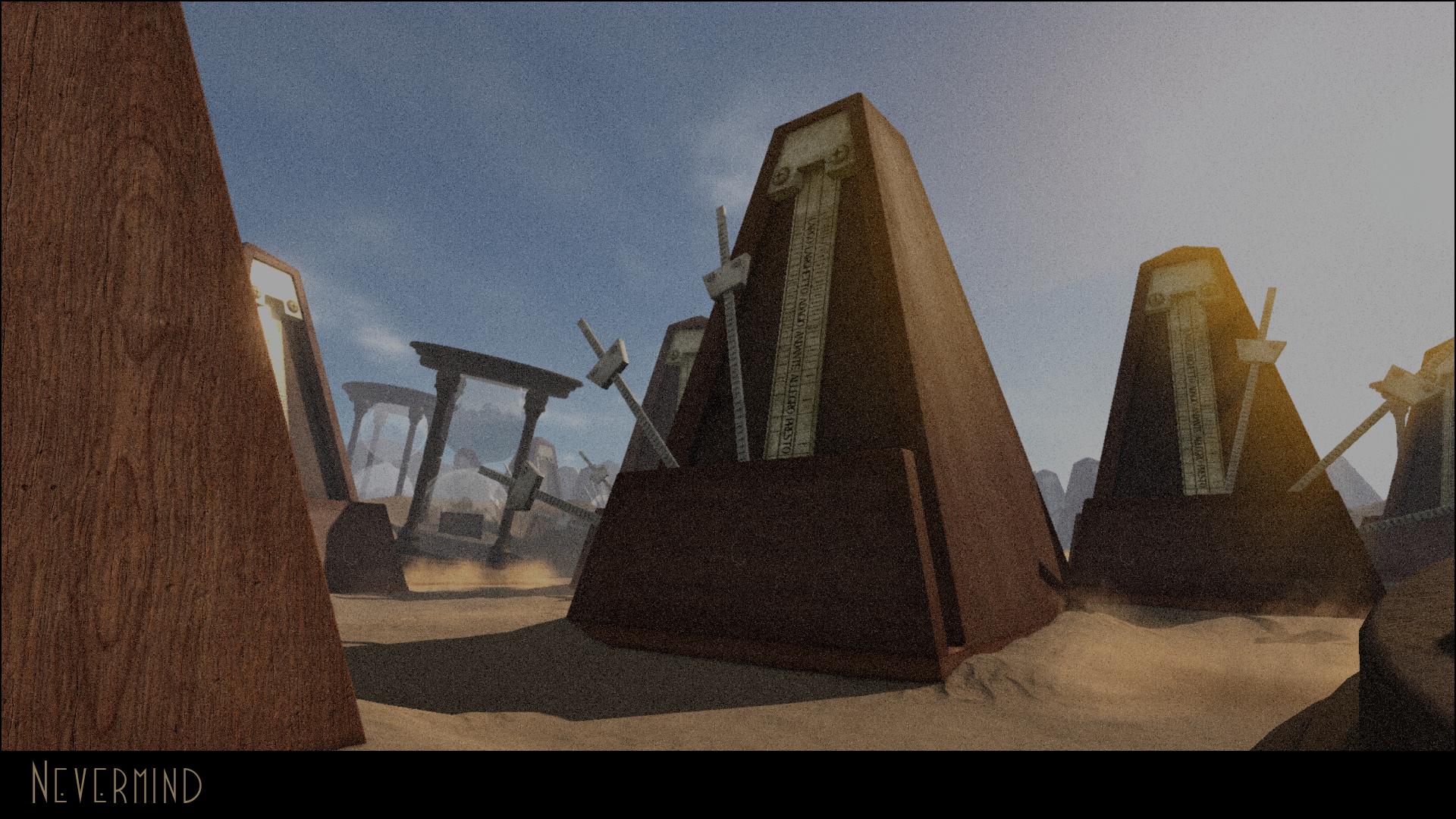 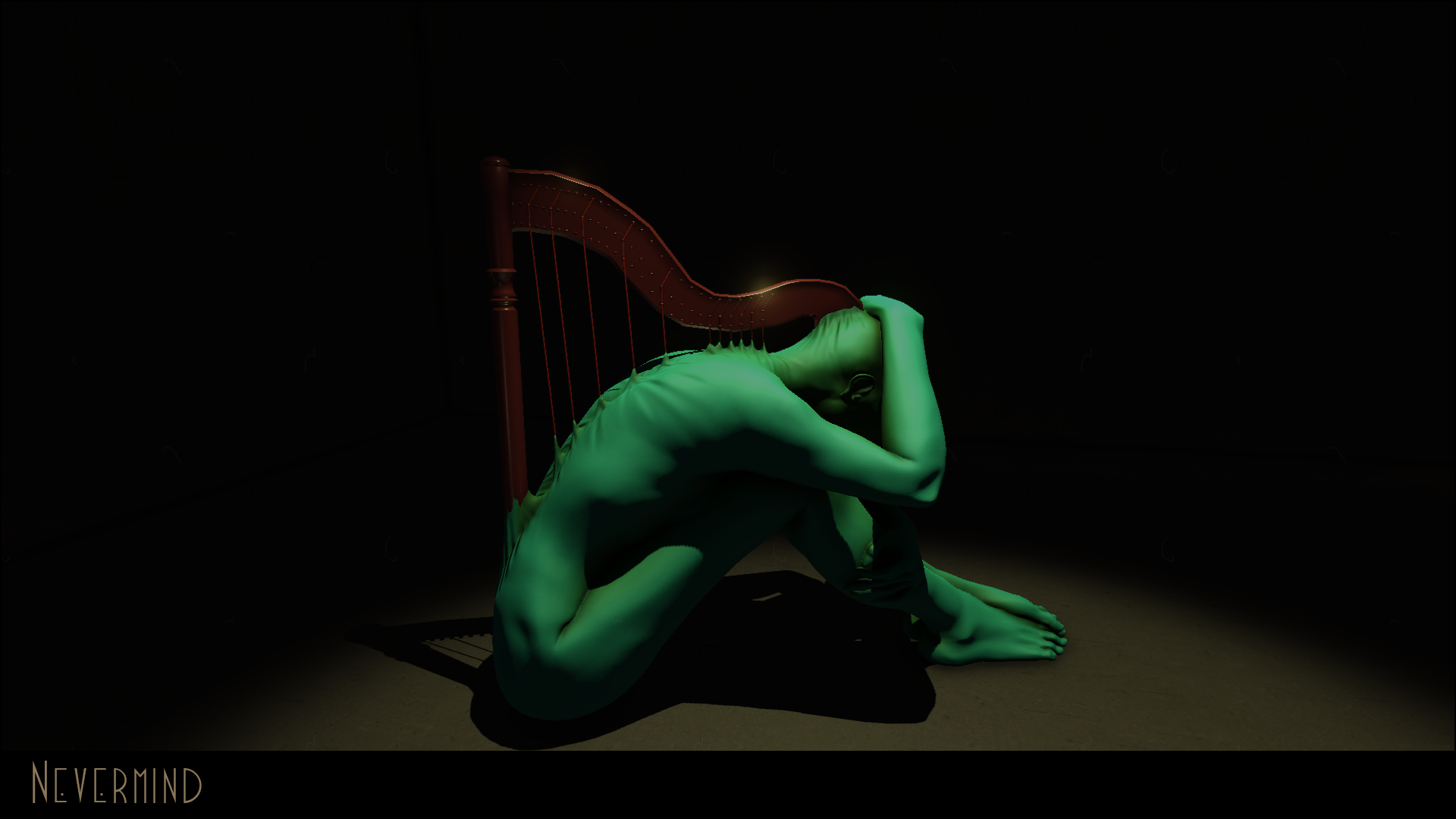 Image Credit:
Hair/Photo by Sherry Younge
(for the Personal Photo)