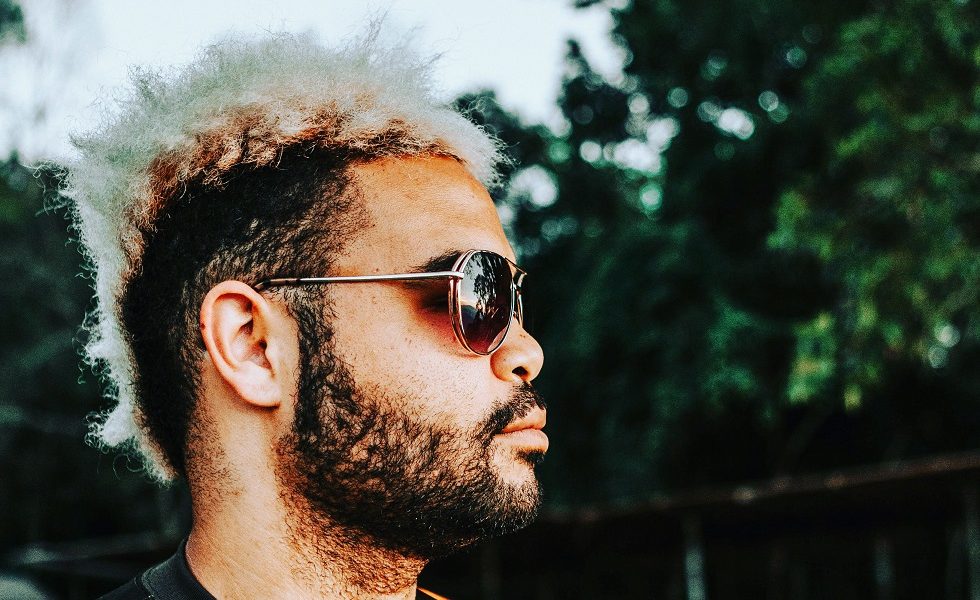 Today we’d like to introduce you to Eric Vanz.

Thanks for sharing your story with us Eric. So, let’s start at the beginning and we can move on from there.
I’m from Sacramento California, I grew up as a quiet kid being physically abused and assaulted with my father, there are parts of my childhood were fun but the rest was just the bad and ugly. You can’t really consider my father a father if he spent his whole life beating me up calling me all sorts of profanity waiting for free income from the government. That’s terrible parenting, one day I woke up later at night ran away sitting at this pawn shop just crying wondering why am I here? I walked miles and miles to my aunts, I ended up living with her part of my high school days things were healing when I was with her I was able to at least experience my young adult life pretty wealthy. I went to John F Kennedy high. There was this pep rally going on and my friends were performing I saw them dancing. Before high school, I spent my days Skateboarding but when I saw my friend out there impressing the school with there talent, something hit me like I felt like there was going to be a huge success for me in dancing if I take it from the heart. I talked to my friend and he said to come to our dance classes and ill introduce you to the teacher. Marcus was a dancer that I want to become in the long run. He ended up becoming one of the JABBAWOKEEZ members.

Eventually throughout the year dancing came back to me but this time, I was up to something big for my future. In January 2012, I ended up moving out of California to make a change, things wasn’t looking good for me back home. Me and my aunt ended up moving With my cousin in Nebraska. Nebraska really confused me, I felt lost when I got out the train. Like there was no people, no downtown plazas. I didn’t know nothing about Nebraska the only thing that came into my mind was country and corn, but I guess there’s more to it. I got stared at a lot in the small world. But people out here are different they welcome you to there community well. The only thing I guess that sucked is I was the only hip hop dancer in town. The rumors somehow spread really fast. I got invited to this barn fire reception and seniors were graduating so I did this little quick performance and next thing you know everyone just started screaming “OMG THIS KID IS RIDICULOUS”. They see stuff like that in movies but to see it in person changes everything. We ended up moving to a new place for the school year. On my senior year, it started off great until it became a nightmare. March 15, 2015. Two cops came into my friend’s house saying that they want to talk to me, I got arrested for domestic violence. Never once in a lifetime, I would’ve never see myself in an orange romper. I felt like my life was over, my career is done. This was all going on during the end of my senior semester.

Two days later, I got out and it felt like the world was empty for me inside. I lost my job and school policies were very different for me. People that were my friends saw me different, I guess they’ll show you’re true colors when something bad happens to you. When I graduated, I was on probation for two years. I had to find a job to get things on track. When I did, I moved back to my city life but somewhere successful where I can make my dream happen. But I was facing emotions. When I moved to Denver, I was experiencing five months of homelessness. Days were not getting better for me in fact, I got worse. October 2016, I was on my lunch break and I saw on Facebook my grandma and two cousins passed away. When that happened, my heart was even worse than it was before I wasn’t able to go to the funeral during those times since I was on probation. It felt like “what more do I have to lose?’ the only thing I can do is just do what I can to survive and try to make a difference. There was this shelter that I went to that can help you get back on your feet. Urban Peak was a healing process. The environment was definitely negative but what other choices do I have? I was able to sleep somewhere and shower and eat, Urban Peak was just the stepping stone, I had a mindset that I wasn’t going to be here forever. One of the staffing members tells the kids the first rule of urban peak is getting out of urban peak. If it wasn’t for them, I wouldn’t be able to get myself a great job and my own place.

During that time, I was able to do exactly what I came to Denver to do and that’s to use dancing to change the world, but that road wasn’t going to be easy but that what baby steps is all about so I took my legacy smooth and easily. I made my first video with this beautiful talented woman Mia Asano, I heard she was the real deal violinist in Denver so I hit her up for a collaboration. She looks amazing in person when we were done with the video two weeks later, DANCEON picks up the video. Back in 2013, I wanted Danceon to see my videos and when that happens, I couldn’t stop. I had to keep going and see what was the next move for me. Next thing you know I went to Thailand to make a dance video project, that was a whole new different world for me. My first time ever traveling was a huge blessing opportunity for me. I couldn’t believe how my mind was clear and bright. I really wanna thank the people that really at least cared for me and saw something in me. I have many more projects in the making and people will not be ready with what I have in store for them!

Overall, has it been relatively smooth? If not, what were some of the struggles along the way?
People doubting me not believing in me thinking I was lying about going to Thailand and next thing you know, it happened. Don’t let those voices go inside your head. That’s why I enjoy proving a lot of people wrong because people been wrong around me my whole life and now they want to come back into my life like I owe them something. You can’t be something if you don’t know who you are. I didn’t know this dancing was going to take me places that I had never been, I just kept going and seeing what was going to happen. So many wrongs in my life and if your wondering who was doing right by me was only God. I continue to prove a lot of people wrong just to make them look stupid and they end up regretting it.

We’d love to hear more about your work and what you are currently focused on. What else should we know?
I have invested $70,000 in the video production. Collaborating with many fantastic videographers in the Denver area. I’m an upcoming dancer that wants to use his platform to change the world and making more projects in the future. The huge difference between me and other dancers is that I have a plan with my career I can take steps and sacrifices not many other dancers can. They say what I’m doing is crazy, I like to call it achievements.

If you had to go back in time and start over, would you have done anything differently?
I don’t know what my life would’ve been like if that girl didn’t put me in jail and made my life miserable. They say bad things happen to good people and in a very strange way, I felt like that was supposed to happen to me but things that are happening to me now has been a road that leads me to success. 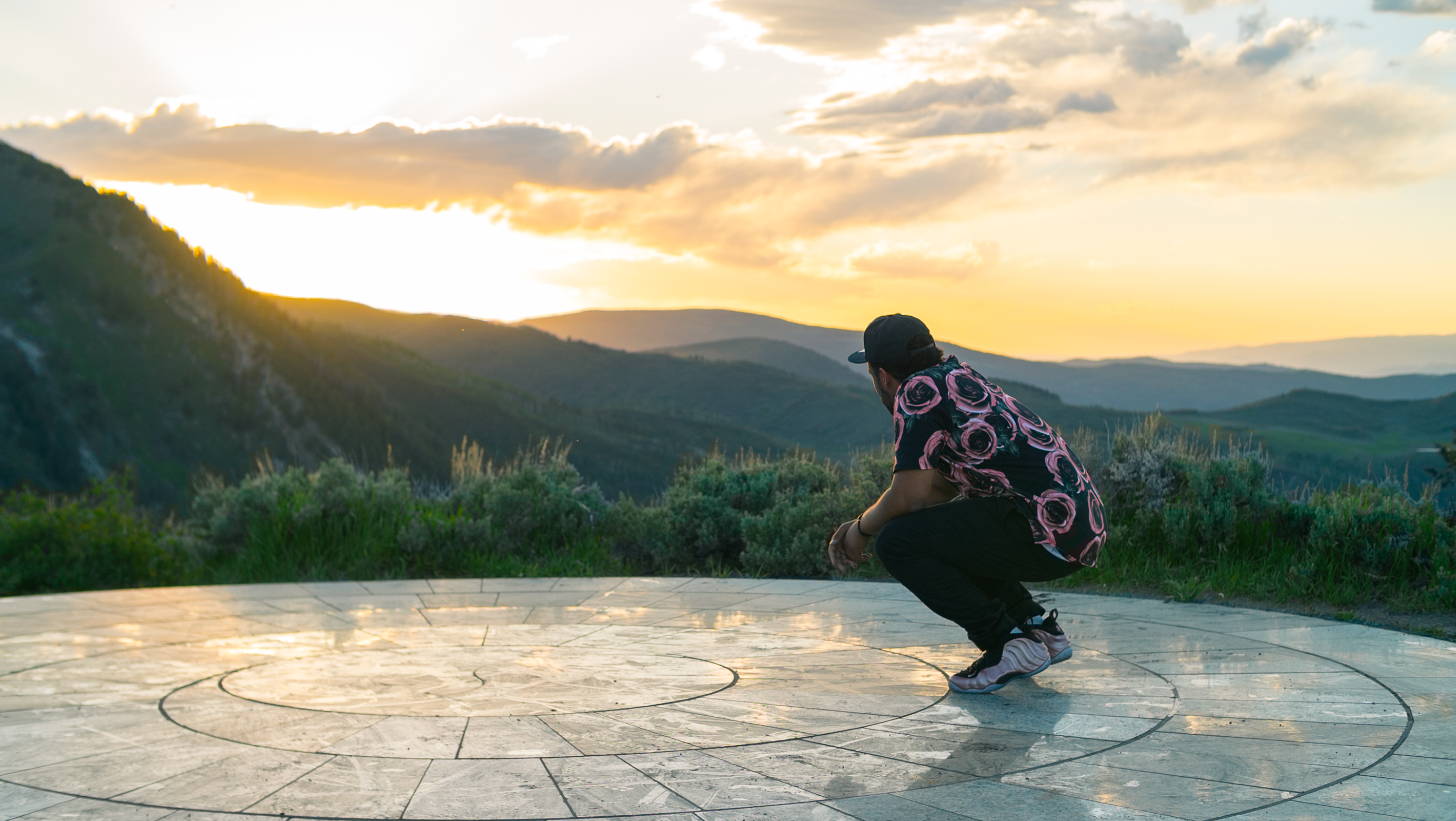