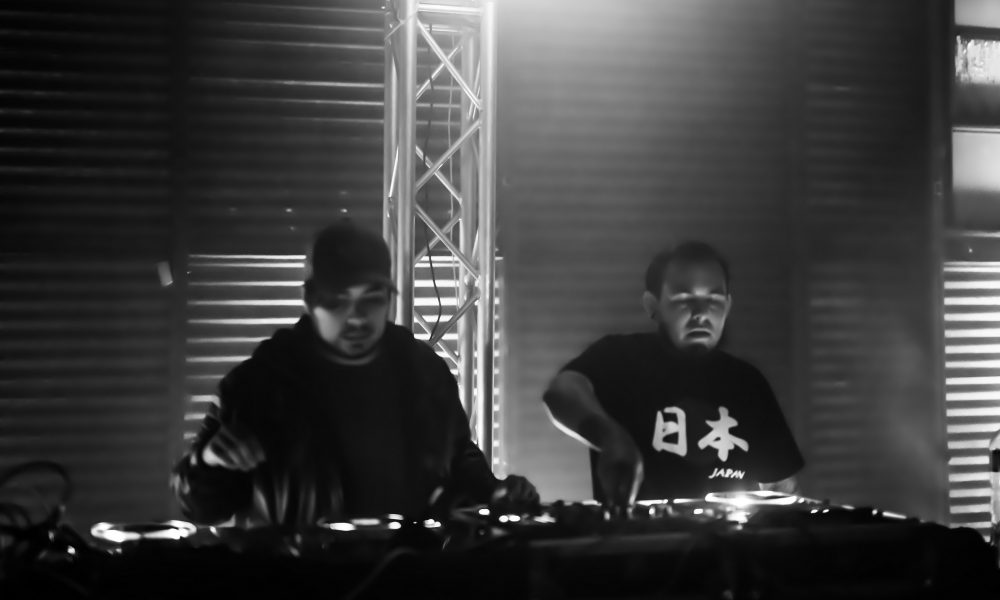 Today we’d like to introduce you to Eric Sedano and Derek Glover.

Eric and Derek, let’s start with your story. We’d love to hear how you got started and how the journey has been so far.
Eric: Well, Derek and myself first met through work, at the time we were both working as audiovisual laborers and junior engineers for a company based out of the Northeast side. The production scene is full of interesting characters, and it isn’t tough to imagine that we shared a lot of common interests in live production, lighting, audio, music tastes and most importantly, the love of raving, haha. For a while, we just kind of worked alongside each other, growing our skills in the behind the scenes disciplines like stage lighting and audio mixing for live events, using the companies spaces and resources to hone our skills and understanding of live event production from as many angles as we could get our hands-on. Eventually, we began to expand outwards, providing support to other events as well as continuing our professional careers in AV, which put us in direct contact with a plethora of different promoters, event organizers, party crews and clients of all commercial walks. One of these lucky encounters was with a certain Brian Foreman, whom you may already know as one the exceedingly talented and extremely visionary souls behind the Jungle Space Party event crew.

Personally, I had never been to something so exciting…the energy around the camp that weekend was truly life-changing. I had spent a lot of time working for large scale events and nightclubs for years, so I was no stranger to musical performances, festival culture, or live music in general, but the tight community of passionate artists, the fresh sounds by musical acts years ahead of their time, the DIY nature of it all and to watch something so inspiring come together so seamlessly was definitely the fire that got us started. Derek and I started to wonder to ourselves after that weekend, well, what does it really take to organize one’s own event? We decided to lean into it full force and tap into every resource and connection we had made over the previous few years to attempt to organize a night of alternative, underground music in support of Los Angeles local talent, and that is how the first Singularity event came together.

Derek: To continue from where Eric left off, we can talk about what happened after that first event. The night was a success overall, we knew this might be something we can do. We did not know how frequently we can host our own events, but knew we wanted to do it and knew that it would take hard work. We spent the next year continuing to network and build the skills needed to continue our growth in the creative world. Spending long nights working on the types of events we wanted to create, helping create vibes through lights and sound. We eventually realized that we had made some progress in networking and wanted to take things one step further. In the summer of 2019, we started to plan our next move. We decided to take risks, go for something bigger, work with an artist that we had been following for a while and thought we would never get to see them perform in LA due to their geographical location. We took the plunge and went for it.

A couple of months later, I had the opportunity to meet this artist in their home country of The Netherlands, they were game to fly out to LA! It was this decision to throw a second event and bring an artist we really love, just for the sake of our own enjoyment, that happened to be the thing that shaped Singularity into what it is today. That show happened at the beginning of 2020 before we were not allowed to have parties. We would soon learn that we can no longer throw events safely, but we had made the decision following the January 2020 show to move forward with a niche genre for our brand. With the new rise of streaming, this gave us a unique opportunity to capitalize on the moment, start a stream channel, and continue the momentum we had begun on the Singularity brand.

Overall, has it been relatively smooth? If not, what were some of the struggles along the way?
Eric: Hmmmm. I would say so! Personally, I’ve had a few obstacles that made throwing the first event a bit difficult, and the second a bit unwise, but luckily everything worked out in the end. One of the big things for any new project obviously is finding talent and being able to offer them enough in a way that makes them want to work alongside you but so far, we have been blessed enough to have a very strong network of support and plenty of collaborators who believe in our concept. Even losing the ability to actually organize events turned out not to be as detrimental as one would have thought. It probably gave us the push we needed to get an online series up and running.

Derek: Overall, things have been pretty smooth. We are fortunate enough to have built a network of people through various outlets in the industry that allowed us to have insight and begin building the brand in a thoughtful way. That combined with fairly successful live shows and a brand that seems to be getting people’s attention has played well into our growth. Having no choice but to focus on the internet as a way to continue our missions in the wake of COVID-19 even seems like it was a positive for us.

Alright – so let’s talk business. Tell us about SingularityLA – what should we know?
BOTH: SingularityLA is a collective headed by Derek Glover & Eric Sedano. We specialize in organizing hard techno events in and around LA, focusing specifically on bringing debut acts to the United States. We can think of other labels and podcasts in the area who feature sounds that are just as heavy, if not heavier, but when we think about people who are throwing dance events exclusively for those with a palette for techno in the harder-edged end of the spectrum, we can’t think of anyone we are necessarily competing for headliners with. We were just in the planning stages for our third event, which would have taken us from doing annual events to bi-annual events when COVID happened and so thus we decided to continue our support of industrial & hard techno artists by organizing a series of online streams featuring many of the talents we would feature at one of our live shows. Ultimately we just wanted to be another platform that contributed to the overall forward momentum of the hard dance scene.

For us, it has been about creating an opportunity to see some of our favorite producers and performers without having to fly all the way to Europe, and to give ourselves a place where we can play that kind of niche stuff that otherwise not a lot of people would be booking us to play. Due to our specialized skills in the event industry, we make it a point to try to bring great production value and a high level of thoughtfulness into each of our shows, making it special for the artists and for the audience. We are perhaps most proud of the lineup of insanely talented, forward-thinking, innovative and humble artists and producers that we have had the immense honor and privilege of being able to host on our channel; but we are also incredibly proud of all of our supporters and how they’ve helped us grow this year, in spite of everything.

Any shoutouts? Who else deserves credit in this story – who has played a meaningful role?
Oh, man…where to begin, haha. Well first and foremost we probably gotta thank Brian Foreman and Bryan Walker over at JSP for the initial push, for sure there would never have been a Singularity without a JSP. Also, for recommending us for this interview!! Haha. We also have to give a big thanks to Joe Finton, or jJice, and former Hood Franklin for helping us to organize our first event. Roger Lam for providing us with lighting equipment, Dan of Higher 9 Productions for sound gear. We also have to give big thanks to Jia of 6am and Marco of Synthetik Minds, for helping us promote our second event, supporting us all summer with our streams and believing in our vision.

We have also got to thank our artists, who really never cease to bring the heat and for their enthusiasm to be a part of our project, Singularity would not have found its niche without them and their carefully cultivated sounds. Big thanks to supporting event crews, record labels and radio channels who have recently begun to support our podcasts in very major ways, and last but not least the biggest thanks to our supporters who continue to come to our events, tune in to our streams, listen to our mixes, and await our return!! If even 5 of you are out there, we will be here to continue to bring you those bangers. 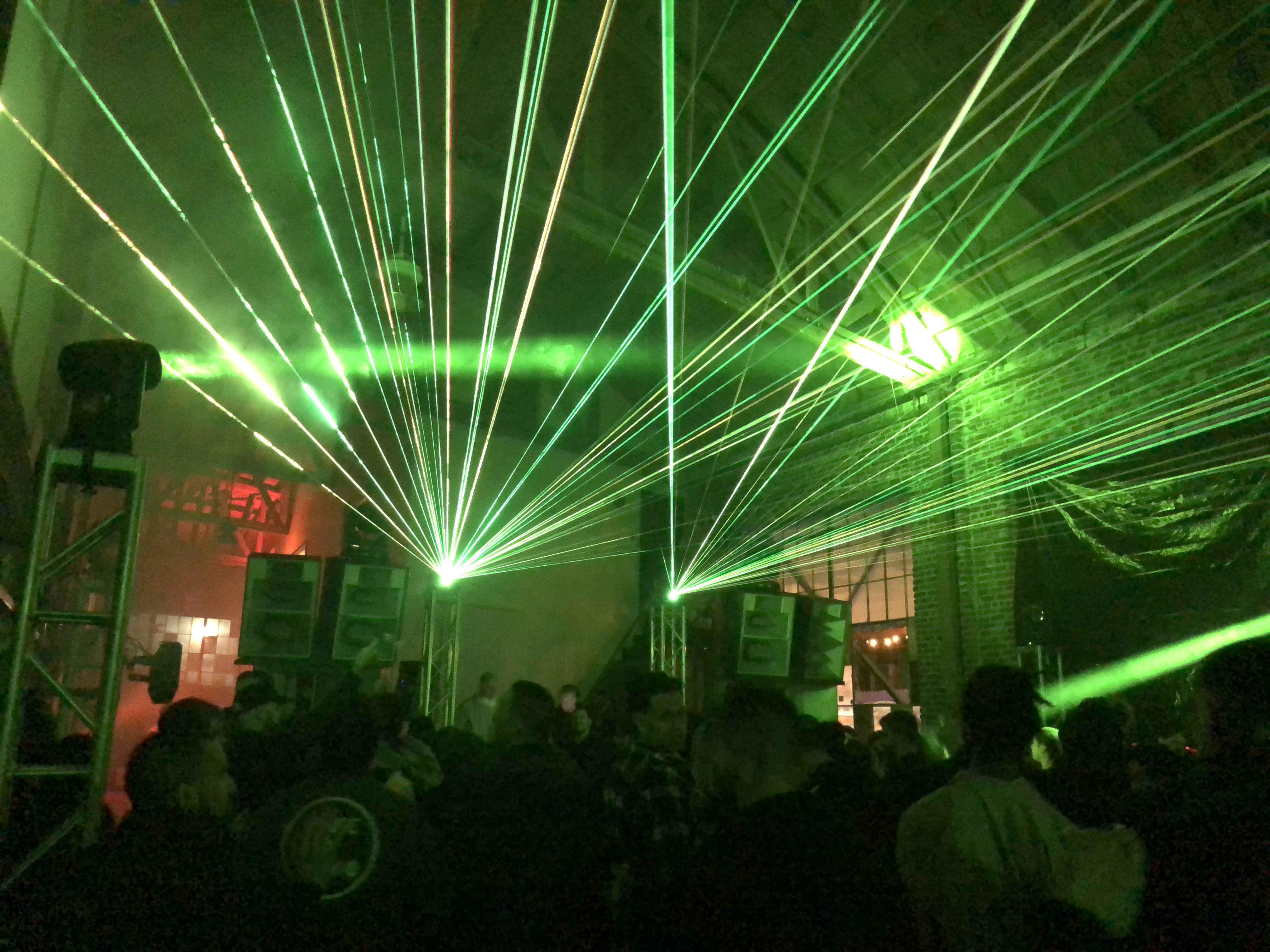 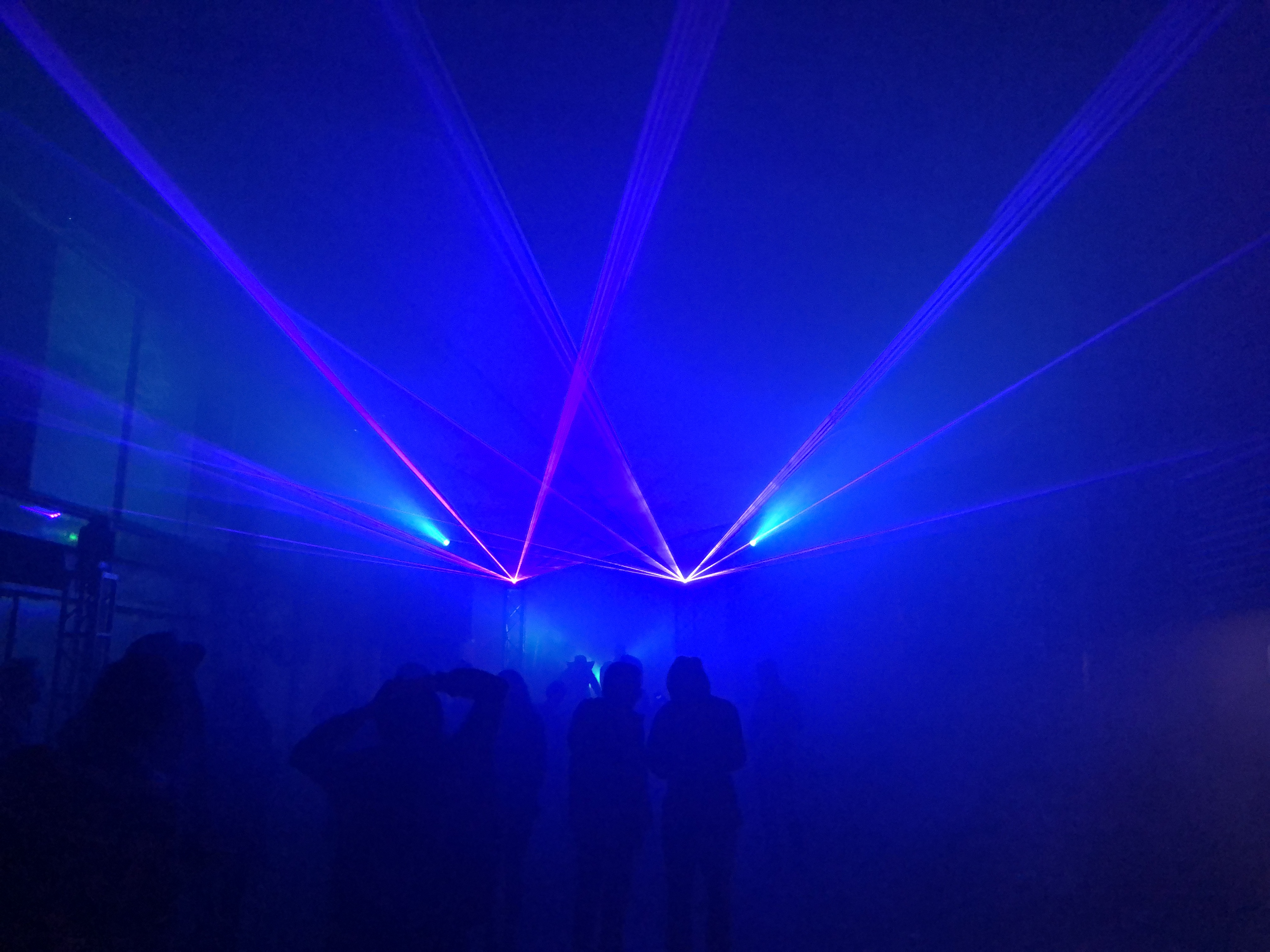 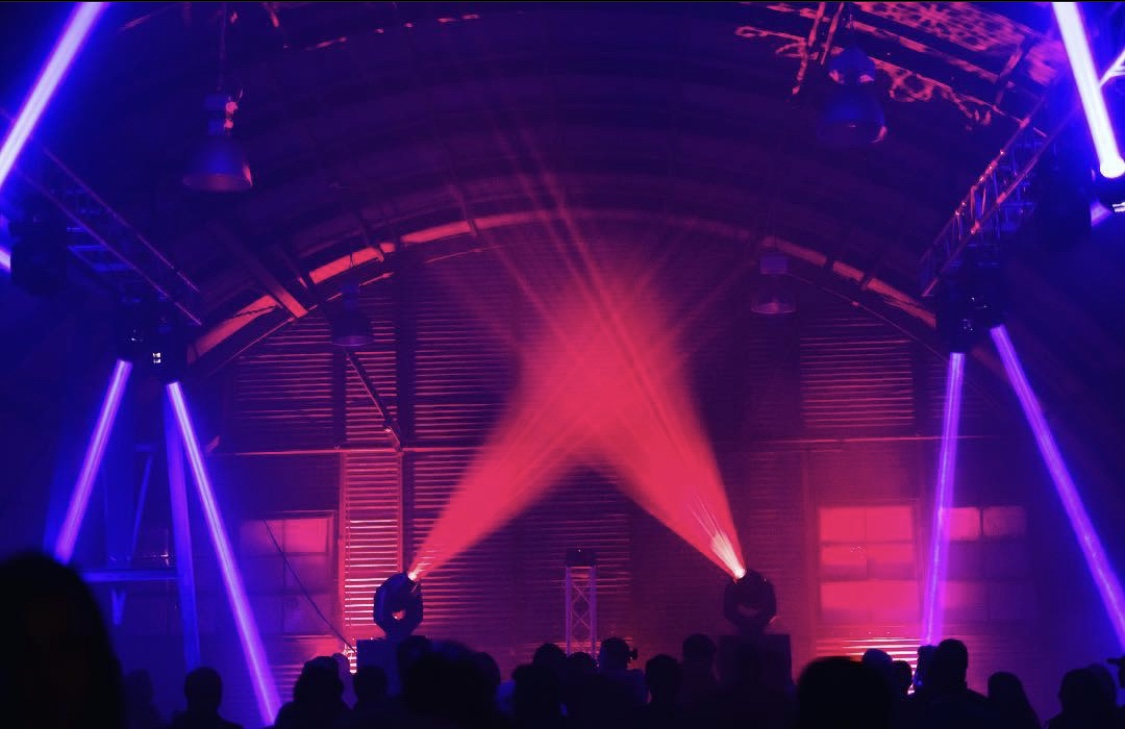 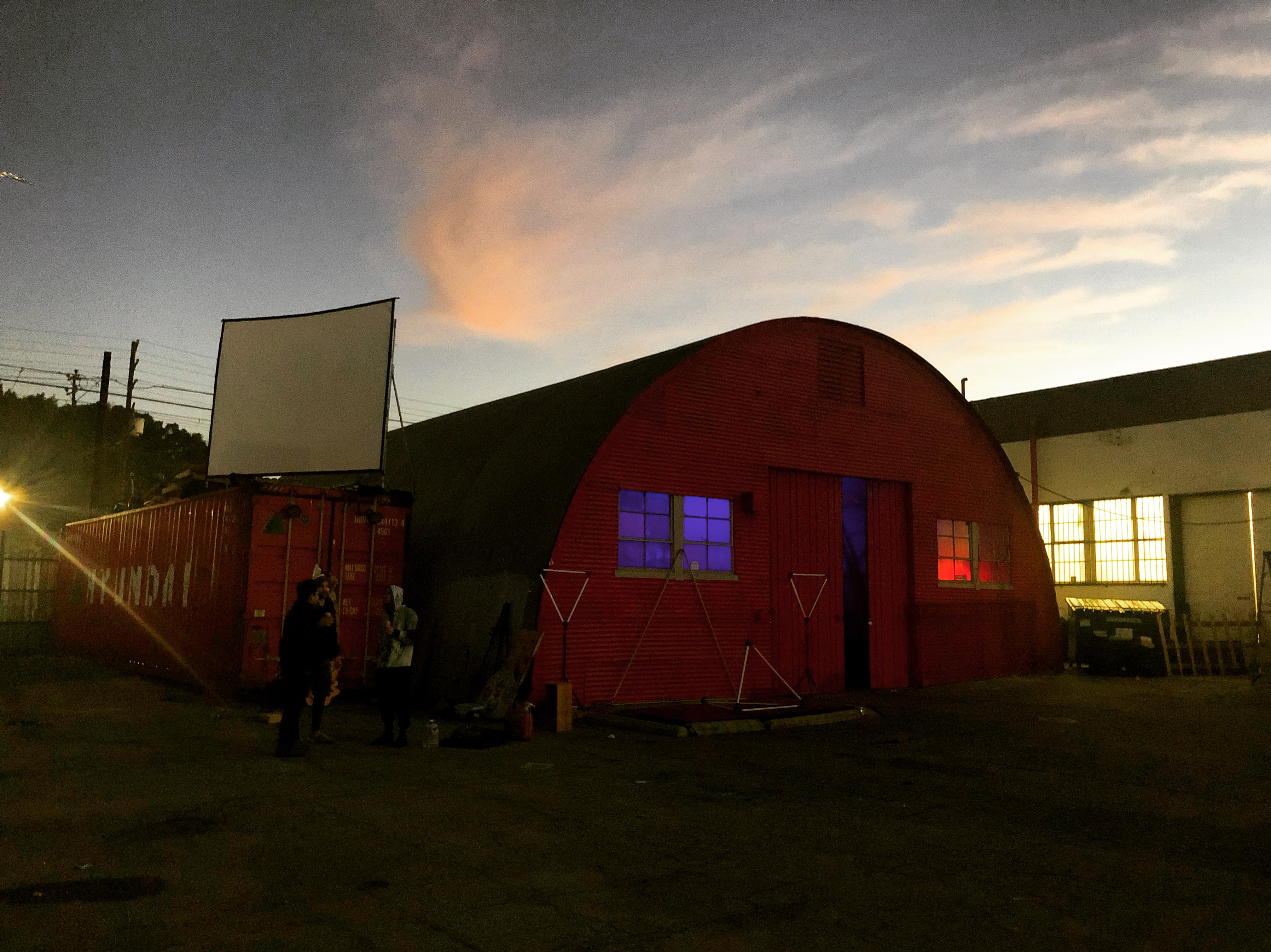 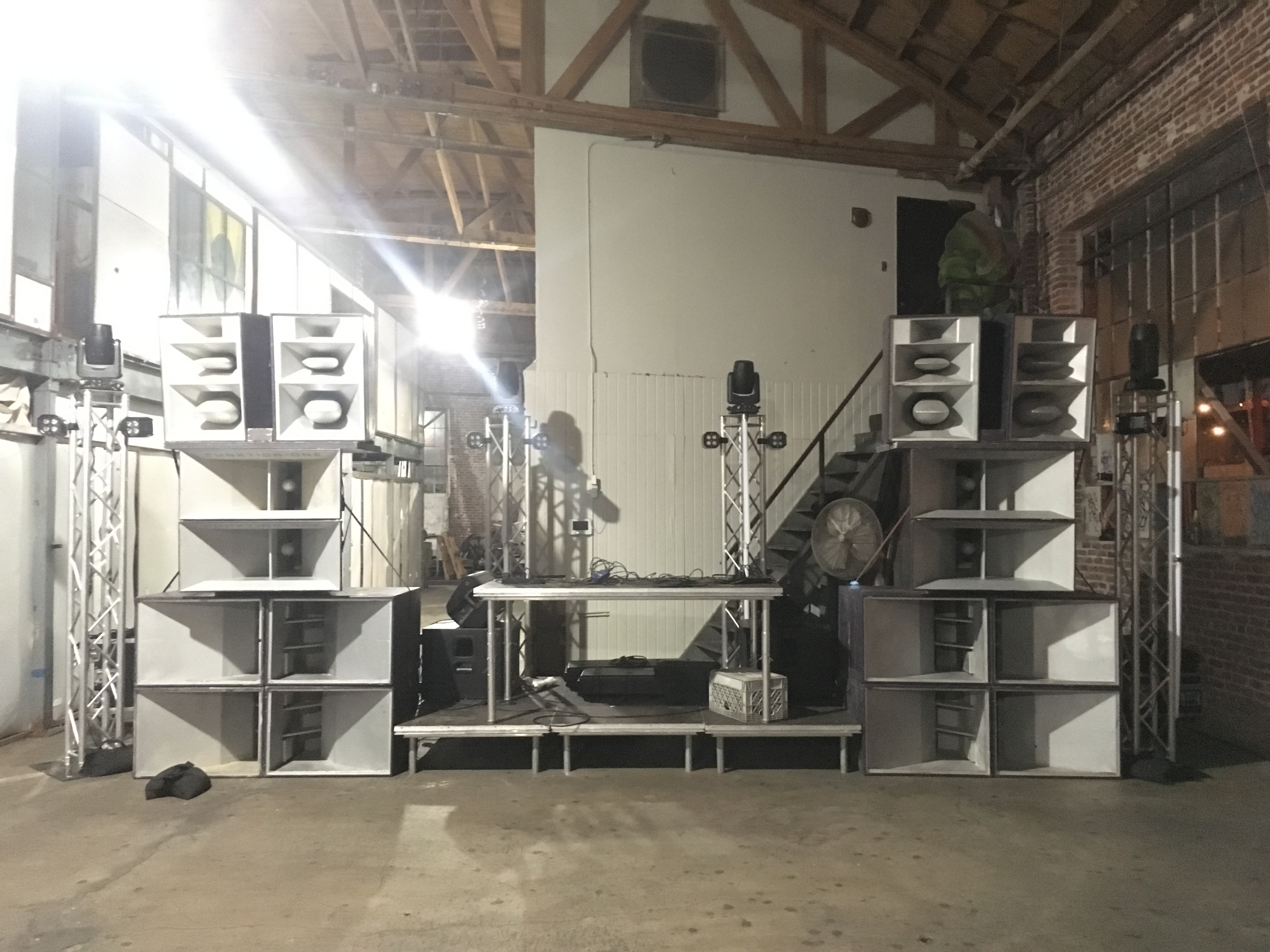 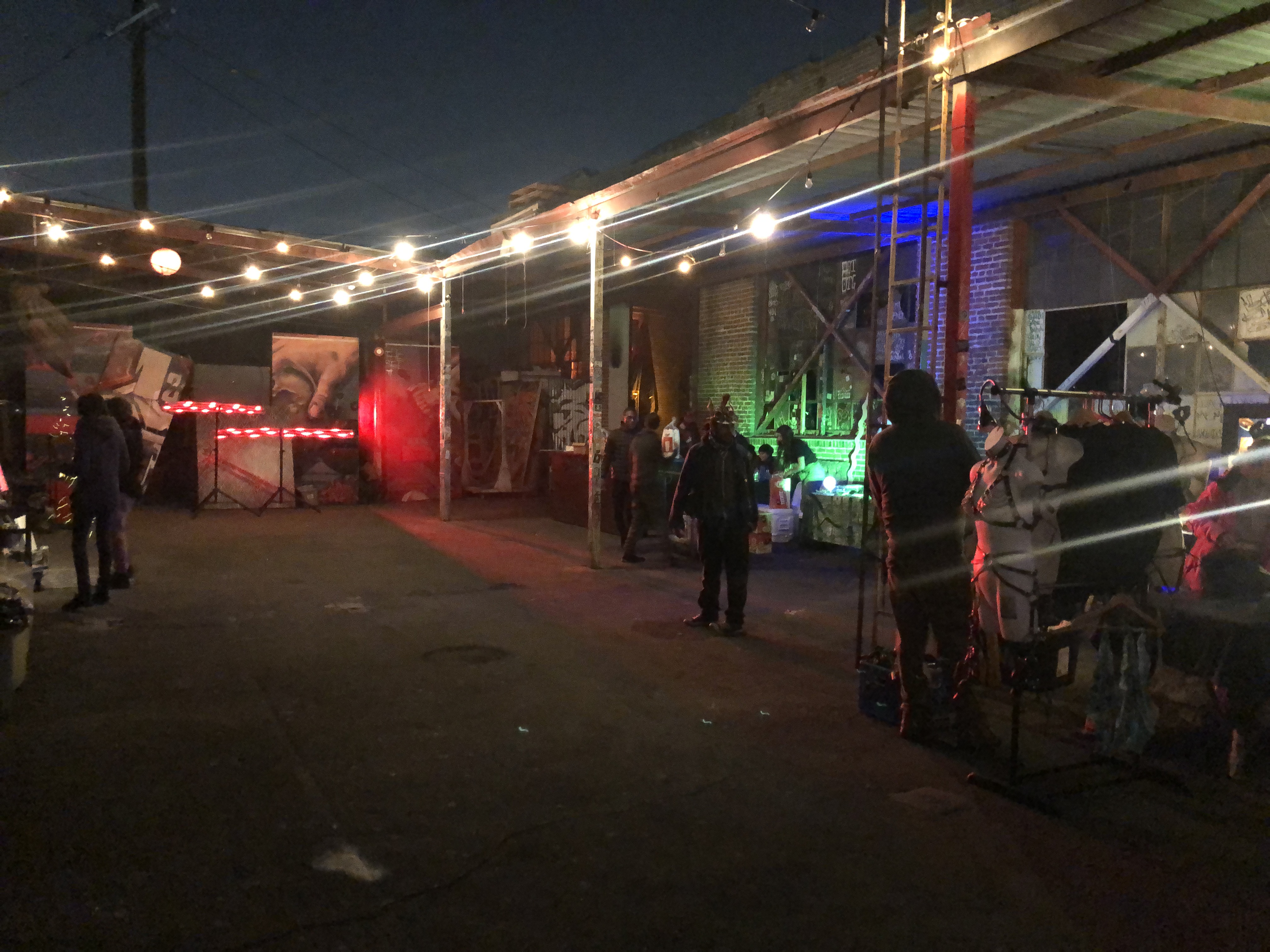