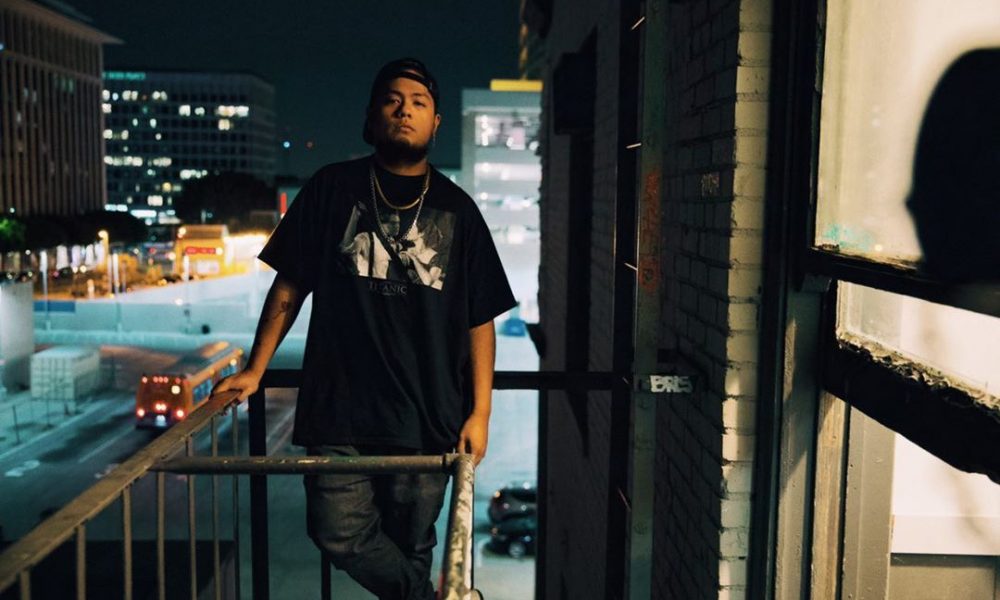 Thanks for sharing your story with us Cheeba. So, let’s start at the beginning and we can move on from there.
My music journey started in New Jersey when I was very young singing along to my dad’s record collection with a plastic microphone. He taught me about all the classic rock bands, the jazz musicians, the blues musicians like Muddy Waters, Bon Jovi, Pink Floyd, Led Zeppelin, the Beatles, Louis Armstrong, and so many more. As I grew up, I learned how to play various instruments including the guitar which is what I would consider my main instrument today. I wrote my first song when I was 12. I joined my first band when I was 14 as the bass player/singer and started playing my first shows. I branched off and started playing solo acoustic sets and would eventually be nominated for an Asbury Park Press music award for best acoustic act in 2007. After graduating high school in 2008, I had no college plans so I packed up my life and moved to San Diego. San Diego is where I took hip hop seriously and realized I could do this. Being in San Diego was very important to my growth as an artist. As someone who lived in my parents’ house prior to this under their rules was holding my creativity back. Being in basically paradise in San Diego allowed me to relax, have fun, and enjoy every day because the weather allowed that or it at least made me feel more like myself. I said what I wanted, I did what I wanted, and it helped me find my identity. In San Diego I met ill Nicky and we both started coming up together and it was a perfect relationship because we knew we both had work to do, but we made each other better. Even back then he had an energy that was contagious and I learned a lot about how to maintain relationships and networking from him. We started to create a buzz by putting out fun and feel good songs that translated to a really fun live show that was always a night to remember. In 2012 I started to feel like I needed to take a step back because my mental health was deteriorating and I just felt depressed in a way I couldn’t understand. So not long after beginning to feel this way I went back to New Jersey to return to college. Looking back at that time, I was working and going to school and I started to forget who I was. I started to fall back into place if that makes sense, when I was so used to living a life that was different than my friends who went to college right after high school, got full time jobs and so on. I didn’t see it or realize it at the time but my love for music was disappearing. I didn’t follow, I didn’t listen, I just fell off. It wasn’t until I went to Monmouth University in Monmouth County New Jersey where my love of music came back. Through the music program I met other talented young musicians who were creating a decent buzz and it made me stop and think, “I can do that, and I can do that better.” So, I started a band to play my old songs and we called it the Birds of Prey. Through Monmouth and this band is how I met Will Saulsky in a songwriting class. We kind of just clicked and learned over time what we were capable of individually so we decided to just start making music. We started just making song after song that it got to the point where he was like, we can do this professionally. I had already planned at this point that after I graduate, I’m going back to California and he said that was his plan as well. So, we started taking our songwriting seriously and started testing ourselves against what was popular and saw that yea we just need to get to LA and do this constantly and it will happen for us. So almost two years later we found ourselves both in LA and with the help of ill Nicky and The ill Movement, we started piecing together my first album, “Full Circle” which came out in December of 2019. Since then I’ve released 7 singles, all produced by Will and even got a placement in the upcoming NBA2k21 video game. The amount of content and music that is ready for the rest of this year and next is exciting. It’s very important to me to note that my mental issues have never left me but with the help of my family, friends, and medical professionals over the years I’ve been able to re gain the love I had for music and the grind that comes along with it. I think it’s safe to say that music saved my life because it gave me a way to express my thoughts when I’ve always had trouble with that. Today I realize that this is where I’m supposed to be and this is what I’m supposed to be doing but most importantly I know who I am and it allowed me to grow as a person. I believe I am a much better person today than I was a few years ago when I was lost. I couldn’t have done any of that without my team, my family, my friends both in and gone from my life and for that I’m grateful and humbled because lately it’s all being validated through my accomplishments. I know I still have a lot of work to do both in my career and in my personal life but progress is being made and that’s the type of positivity I want to carry with me going forward.

Overall, has it been relatively smooth? If not, what were some of the struggles along the way?
No it was never smooth. I’ve dealt with mental struggles my whole life. Self-confidence issues. And it’s always been hard for me to talk to a therapist and trust others with my thoughts because of my past. Music is the only way I can feel comfortable with sharing my thoughts. I’m glad that I am able to use my music as a way to express the darkness I sometimes feel and everything else going through in my head. I can channel the negative and turn it into something positive and to learn that people can relate to it makes me feel like okay I’m not the only one that thinks these thoughts. That I’m not the only one whose going through this struggle. And that motivates me to get better, so that I can share how, and hopefully help someone else. When someone messages me and says something like, that song got me through a hard time, it really validates my feelings. Like damn my form of therapy can be something that helps another person maybe on the brink of hurting themselves. Like if I can stop someone else from feeling the way I felt or help them get out of the funk in anyway then that’s what I want to do. I also want everyone out there to know that if anyone ever feels alone or needs someone to talk to, I will be there for them. just message me and I will respond, because I know that there were times when I wished I had someone there to just bounce some thoughts off of even when I’m not very revealing at all. My mental health is something I’m constantly working on and through meditation, yoga, art, and music I can say that I’ve made huge strides in that department and will hopefully continue to take steps towards becoming the man I know I can be, or the man I want to be. which is one with confidence, a big heart, empathy for others and there for anyone who needs help.

Tell us about your work – what should we know?
I am a professional songwriter who specializes in lyrics and melodies and my partner is Will Saulsky who is the producer/engineer behind my music. We work with ill Nicky and The ill Movement and help out at Studio 403 LA.

Any shoutouts? Who else deserves credit in this story – who has played a meaningful role?
iLL Nicky, partner from the beginning. has an attitude that makes you believe in him and what he says. a contagious motivation for greatness and one of my greatest best friends. Don’t know what I’d do without him and the opportunities he’s given me as well as the belief he’s always had in me.

Will “the wizard” Saulsky, the man behind my sound and my best friend. The most talented musician I’ve ever had the chance to know and maybe one of the smartest people I know. He puts in so much work to make sure we are releasing industry standard music. He can turn my thoughts into sound and without him there’s NO WAY I’d be where I am. The most important person I’ve met in my career so much so Cheeba Hawk is basically a duo because there’s no one else I’d rather have on my team. 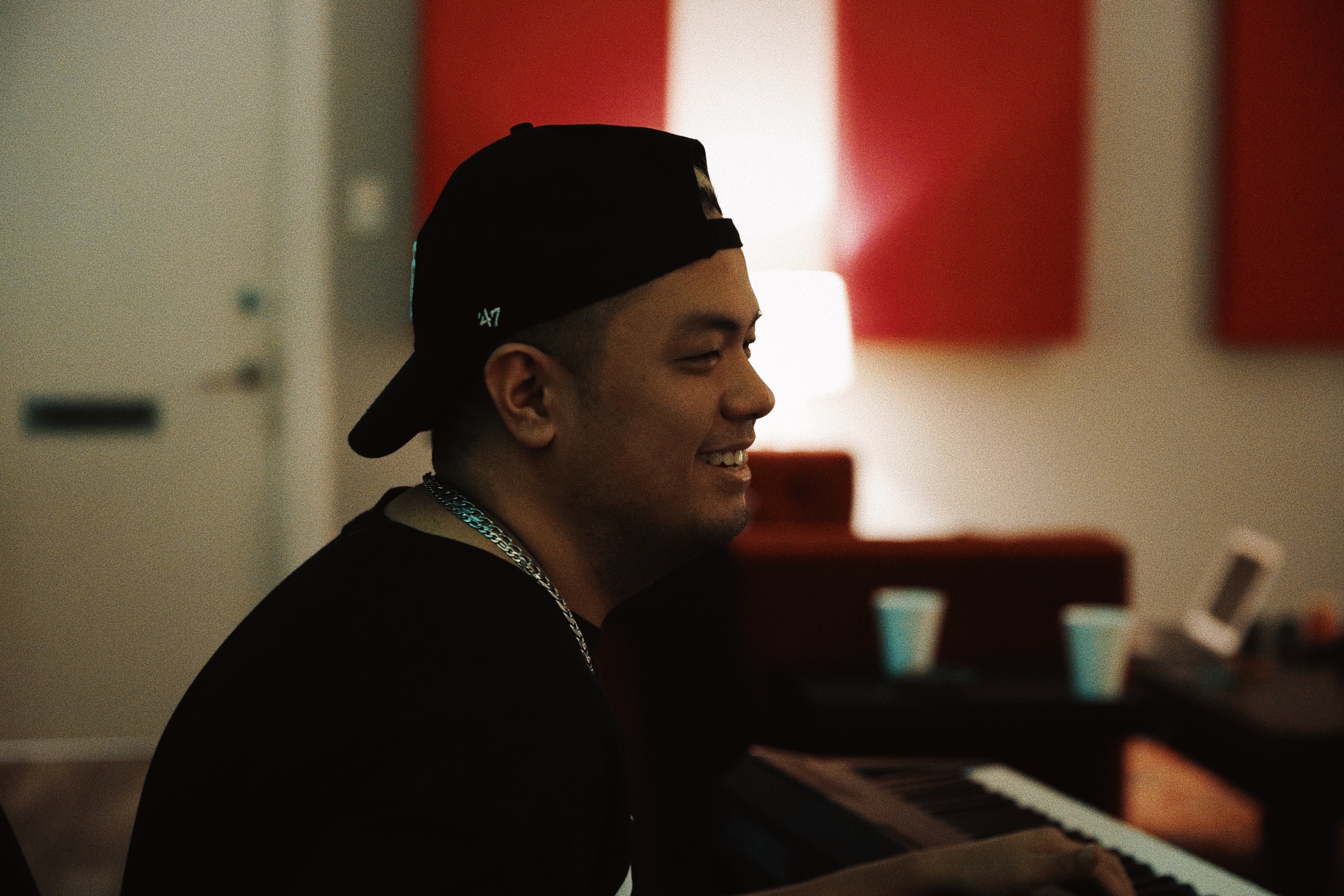 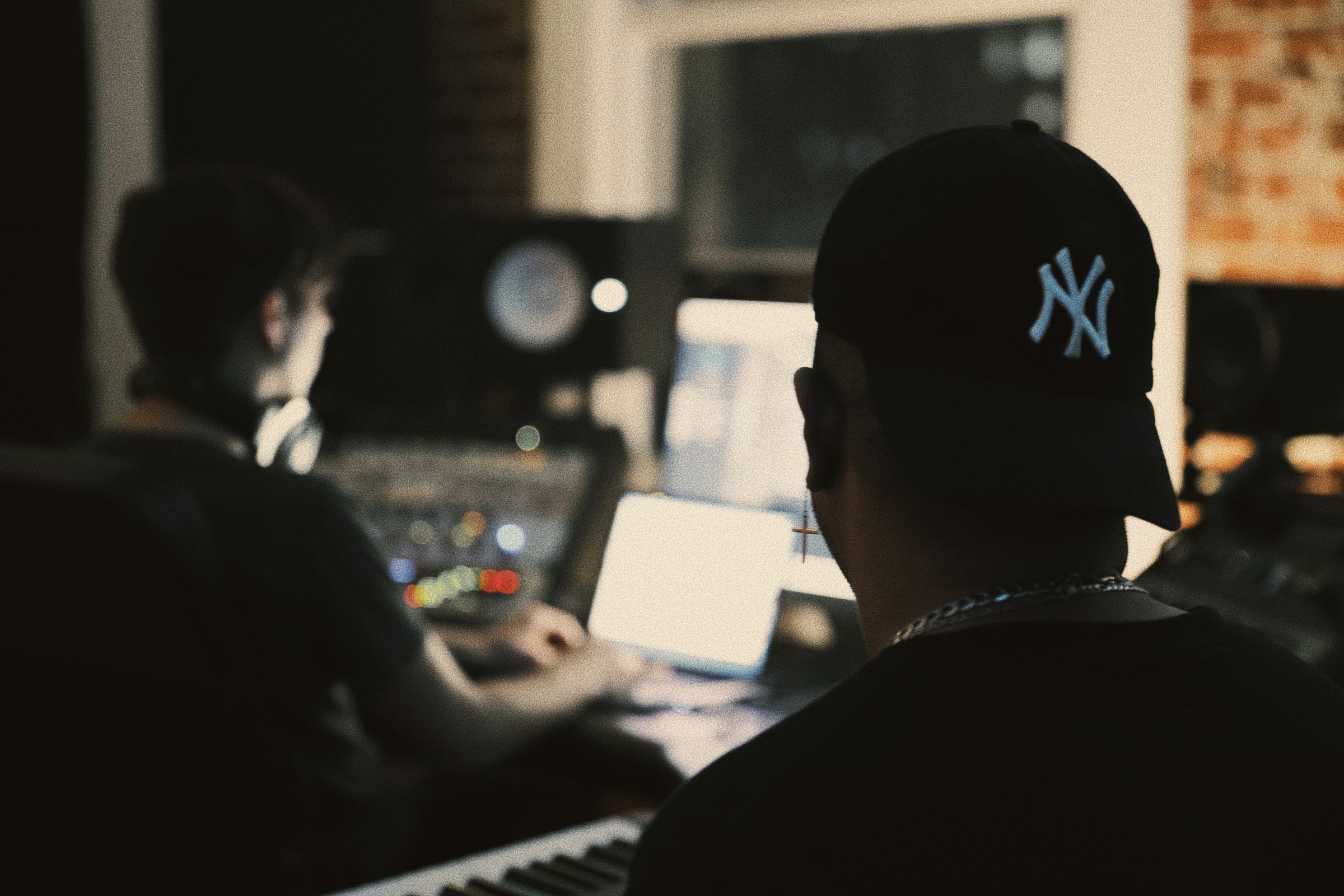 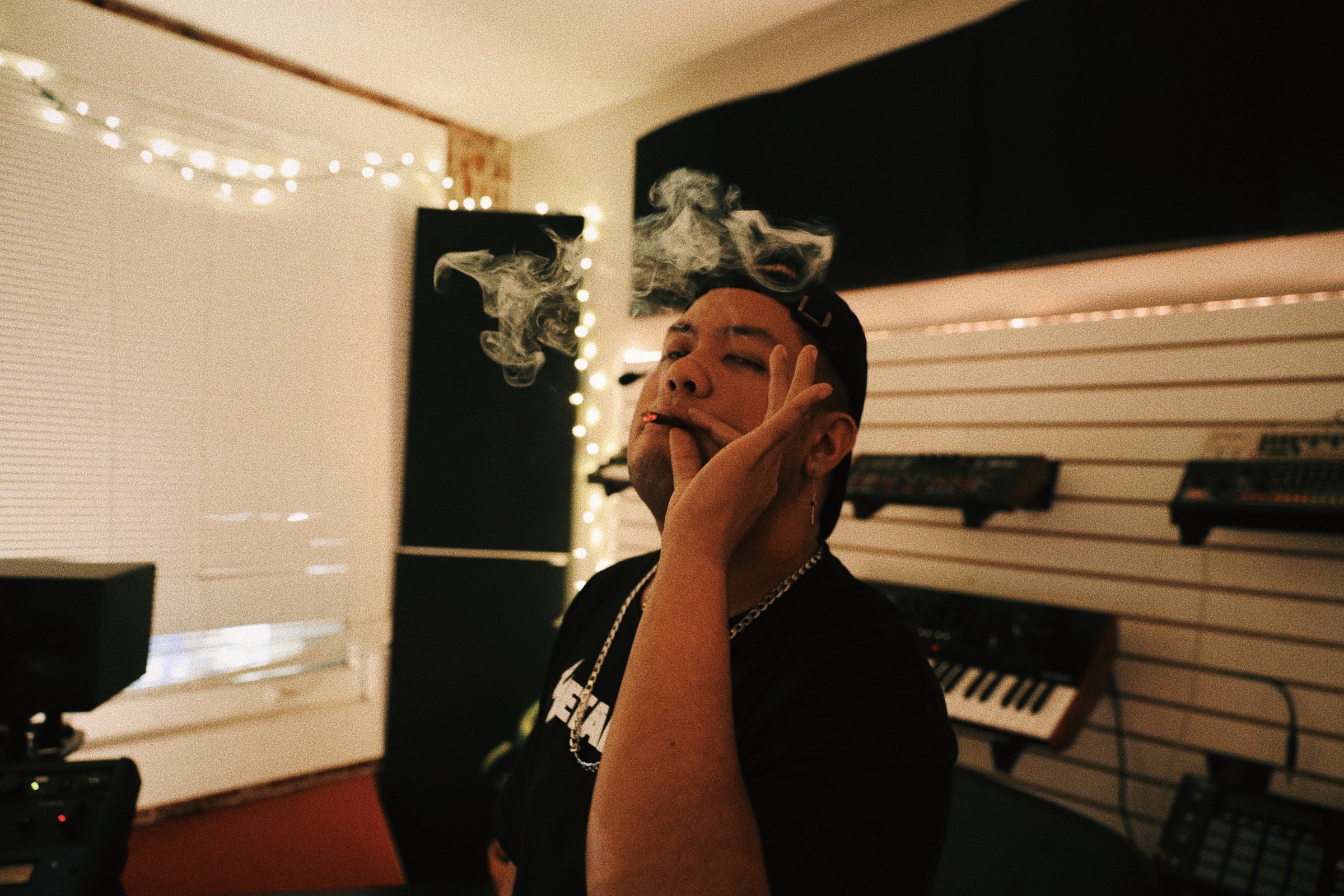 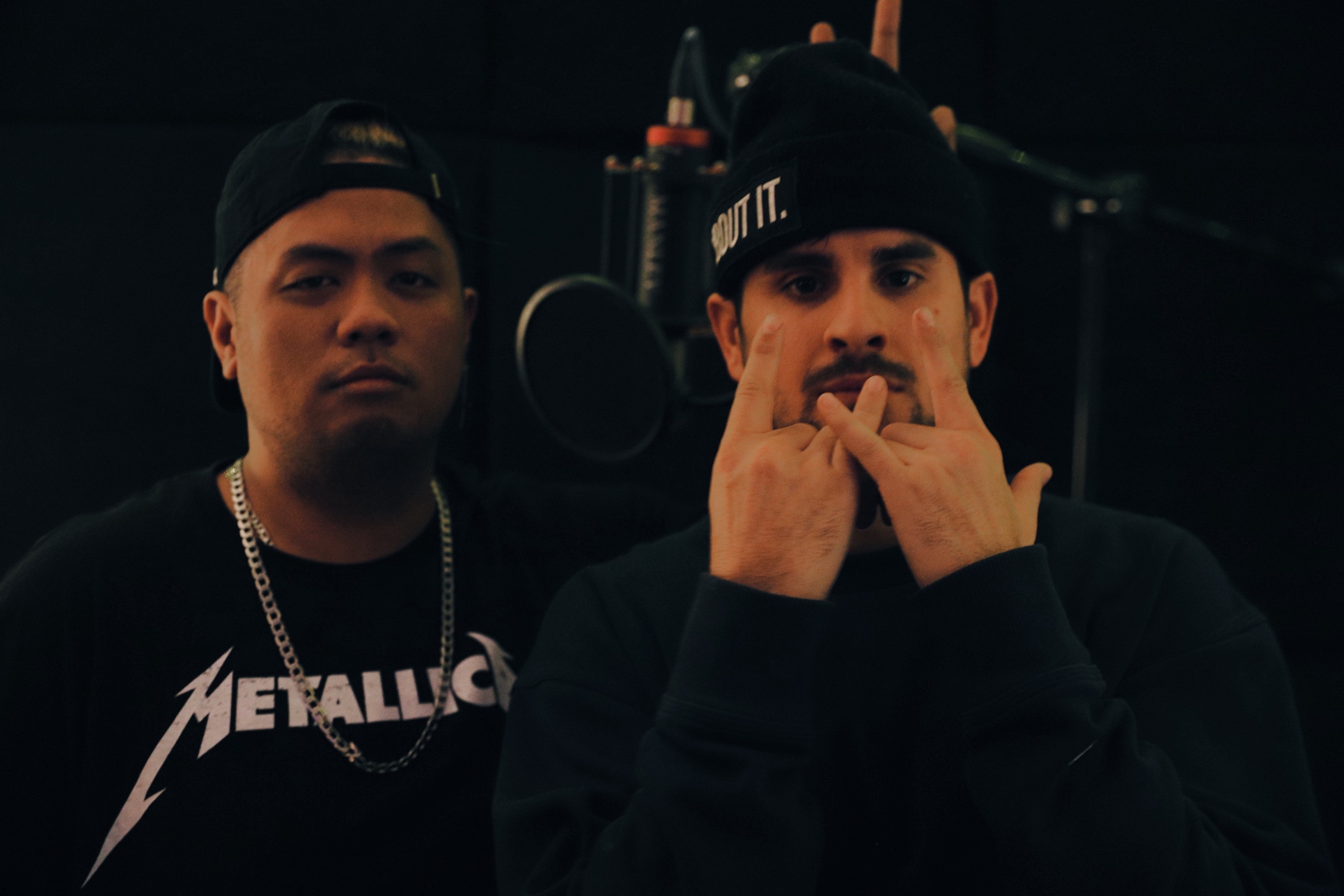