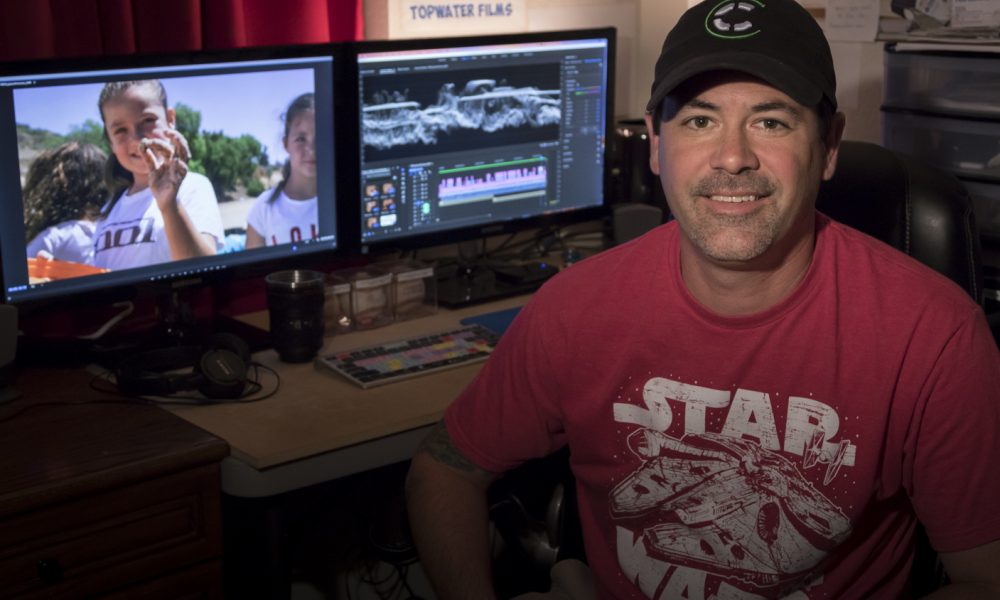 Today we’d like to introduce you to Eric Paczkowski.

Eric, can you briefly walk us through your story – how you started and how you got to where you are today.
I started working as a union drapery person on the movie Scorpion King back in 2000 and I enjoyed my job very much. But after a few years I saw the industry was changing and decorators were buying readymade draperies to keep costs down. So I moved into set dressing and in 2008 I moved up to the production side as an on-set dresser, this is a job I still maintain today. Then around 2012-2014 the industry was changing again. The DSLR revolution began. I have always wanted to tell stories visually, but the quality equipment before this time was expensive or out of reach. Canon shook things up with their 5D and how cinematic the picture looked. I began to think that this could be a way for me to be creative and really enjoy what I do. I learned a lot from working on set with some of the best cinematographers and crews in Hollywood. I fell in love with lighting and asked questions about lighting and what the differences were, watching the grip and lighting crews light the sets. So I picked up a lesser priced Canon 7D and wrote a web series and cast it. I basically did every job, from camera, lighting, sound and editing, even craft service!

Has it been a smooth road?
My road has definitely not been smooth. Yes, the Canon 5D revolution was and is an amazing time, but it also created an overload of indie filmmakers. In 2012, I went back to college attending UCLA to learn the business side of the film industry focused on producing and business, something I could not learn on set. I did this for 2 years while working 12 hour days 5 days a week. In 2014, I started Topwater Films and wanted to produce web series for YouTube and Funny or Die. This was a lot harder than I thought because I was not a young film student with friends that wanted to collaborate and make films for free. I was the 40 year old with a family that has spent 14 years at the time working for Hollywood! It’s a different world today as far as being a filmmaker.

Everything is digital now. I had to teach myself about every job on the set. YouTube has been great in teaching me all about editing and so much more. Keeping up with new trends and changes is nonstop. Every day there is something new to learn or adapt into my bag of tricks. I started shooting on the Canon 7D. Now I own a Canon C100 mark ii cinema camera which allows me to work easier as a one man camera team. Filmmaking is constantly changing.

So, as you know, we’re impressed with Topwater Films – tell our readers more, for example what you’re most proud of as a company and what sets you apart from others.
So my company Topwater Films specializes in working with businesses and nonprofits. We like to produce documentary styled films that tells the story of a business or person so the viewer can feel connected. This is vitally important today as our attention spans are shrinking and if you can’t hook the viewer in the first 5 seconds, they’re on to the next video. The thing I am most proud of as a company would have to be my crew. As of now I operate as a 2 man crew, myself and my sound guy. Anthony Aleshire-Rezendez has been with me since the very beginning. I met him through my friend Keith, a leadman I worked for on a television show years ago. Anthony attended recording school and had just graduated and was looking for work. Unfortunately, at the time I could not pay him, but he still worked with me anyways. One day while working, I said “I wish I could pay you but I can’t. But one day I will be able to pay you and I won’t forget you”. Together the two of us kept working on projects, sometimes paid sometimes free we needed to build a portfolio.

I think what sets Topwater Films apart from others is our real world experience and attention to detail. Me coming with 17+ years as of now, from working in Hollywood and Anthony with his detail to audio recording and sound design. We look at making our client films like a mini Hollywood film while maintaining a budget, involving production design, lighting, camera movement, video editing and post edited sound design. I have learned how sets are being lit and cinematic camera movement amongst other things when I work on television shows and log what I see to memory. We care deeply about our clients putting in that “extra”. We want then to have a successful video that gets them noticed and hopefully build a lasting relationship.

Let’s touch on your thoughts about our city – what do you like the most and least?
The best thing I love about living in Los Angeles is OPPORTUNITY.

This city provides the best opportunities whatever your career is. If you want to do something, do it! There are so many creatives here to see your work and if it is good you’ll get noticed.

I think I speak for everyone here on what I dislike most about Los Angeles. TRAFFIC. I usually try to stay at home when I’m not working because it pains me to deal with traffic if you want to go somewhere. But I take advantage of this. When I stay at home I research new filmmaking techniques that help me build a better portfolio and make better films for my clients.