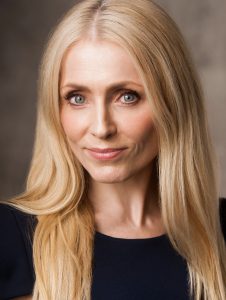 Today we’d like to introduce you to Emma Pyne.

Thanks for sharing your story with us Emma. So, let’s start at the beginning and we can move on from there.
I am an actress, writer and comedian living in Long Beach, CA. I arrived in LA in 2009 from London. I grew up in Ireland but lived in London for 16 years before I moved to LA. I was acting in London and always wanted to do American TV and film so I came here. Of course, as soon as I left, HBO started filming great shows like Game Of Thrones in the UK and Ireland.

My degree was in fashion design and I have a master’s in Broadcast Journalism, but I had been acting since school and started pursuing it full time in 2006. I was recently in a film with Ed Asner and Jamie Farr called Angels on Tap, out on Amazon and a short film I wrote called Cúl An TÍ -which means The Back Of The House in Irish – won multiple awards on the festival circuit in 2019 and had a successful run on RTE iplayer (the national broadcaster in Ireland’s on demand site) for about a month at the beginning of the pandemic in March. It has been officially selected for the Pictures Up Festival in LA next April. (which will hopefully happen in real life!)

I was just selected as one of 10 Irish artists to do a piece for CIACLA (Contemporary Irish Arts Centre LA) Micro moments. https://ciacla.com/micro-moments/. I did a piece from Molly Bloom’s soliloquy from Ulysses by James Joyce.

Overall, has it been relatively smooth? If not, what were some of the struggles along the way?
Does anyone ever have a smooth road? Is that even a thing?! I think anything that’s worth having is hard work, otherwise everyone would be doing it. So no, it has not been a smooth road for me! Obstacles have turned up in many forms and I think they always will, but I don’t see them as a bad thing, just something to get past and carry on.

It can be harder to get work as an older female actor so I am all about creating my own work. I’ve been told I’m too old, too short, had the wrong accent. But I believe diversity is also about age and younger women need older women role models now more than ever (thank you RBG!) so it’s important that we share our stories while we can still remember them. I created a solo show called ‘Confessions Of A Catholic Nymphomanic’ which was due to open on March 18, and we all know how that went! I had spent more than a year and a lot of money on this project. So, obstacles? Yep! Hello, COVID!

But we can’t let COVID or age, or anything else deter us. As an artist, you just have to keep going, you have to keep creating, keep sharing your work in the hope that it will affect someone in some small way – or a big way – so that they will know they are not alone. That is the real goal of what I do. If by sharing my story through my work, I can help you know you are not alone, you are not a fuck-up, you are not disgusting, nor shameful, nor any of those other labels your culture, religion or family has put on you, then that is what I am here for. So, I welcome obstacles as challenges because every great path has many, and those challenges ultimately make you great.

We’d love to hear more about your work and what you are currently focused on. What else should we know?
Well, my one-woman show CONFESSIONS OF A CATHOLIC NYMPHOMANIAC will be coming to a theatre as soon as we are allowed! As an artist/writer/performer of my own material, baring my soul is hard. But it’s what I strive to do; to be authentic, to be brave, to self-examine as a way of working through the shit. If it’s funny well then that’s a bonus! The show deals with me coming of age and discovering the delights of sex in a Catholic culture, then being shamed for that, and later forsaking the shackles of that culture to come back to myself.

I think one of the things that sets me apart in LA is the fact that I’m Irish, with the real accent, not just Irish from the East Coast. 😉 I actually think I’ve got more Irish since I’ve lived here. When I was living in London and working as a broadcast journalist, I think I developed a slightly London accent but here I sound so Irish and when I talk about Ireland, it gets even stronger. Two friends of mine came over from London to visit a few years back and they were like, “What’s going on with your accent? You sound so Irish!” I sound like I never left County Clare, which is funny because I’m gone longer than I was ever there.

What is “success” or “successful” for you?
I think success is a state of mind. I feel successful because I live in a beautiful home and I have a great relationship with someone who I love deeply and who loves me. I really think love is the most important thing for a human. Love and connection. It’s why we are here. Every else is just extra. But it took me a long time to figure out that to get love all you had to do was give love, but give it without expectation, give it like it’s your last day on earth and love is your greatest legacy. Because guess what? It is. It’s all that really matters. When you have real love you can do anything and that’s what drives my life as an artist. I’m a better person and a better artist and therefore more successful because I am in love.

Let’s touch on your thoughts about our city – what do you like the most and least?
I love the sunshine. I love the beach. I live right on the ocean in Long Beach and I love going to sleep with the sounds of the ocean. I always think it’s the sound of the earth breathing. The ocean is such a leveller. Sometimes I‘ll just watch the tide going in and out; constant, regardless, pandemic or not, it carries on. My favorite part of the day is the golden hour, just after the sun sets and the sky turns that beautiful shade of lilac before it gets dark. The light in LA is still pretty mesmerizing to me, which of course was why the movie business set up shop here in the first place. A sunset is something I will never tire of, it’s like Mother Nature paints a new picture for us every evening, and it’s free!

Right now, during the pandemic I love that it’s warm enough to sit outside a restaurant and keep local businesses alive. Last night I went to La Traviata in Long Beach and it was great, really great food and great personal service. They have set up a beautiful outdoor dining area with socially distanced tables and the owners, Jeffrey and Mario are really making a special effort to make people feel welcome and appreciated. We moved to Long Beach just three months before the quarantine so we have yet to explore most of our neighborhood but we look forward to doing so on the other side of this. I think Long Beach is one of LA’s best-kept secrets, it’s hipper and cooler than Santa Monica and much cheaper, it’s only half an hour from Downtown, oh and it has a very long beach! 😉

Other loves of LA: The friends I have met in this city and my wonderful fiancé who I met on Coffee Meets Bagel. We had our first date at Kitchen 24 in West Hollywood as I was living there at the time. We were supposed to get married this year on July 11th but of course that didn’t happen! But after six months in quarantine, we still want to get married, so I think quarantine should be compulsory before marriage from now on. He acts as my sounding board, collaborator and solo audience member. We make each other laugh every day and that’s really helped us through this. He’s Jewish, I’m Irish so we like to laugh in times of crisis. It’s the one thing no one or nothing can take from you. When all else is lost, crack a joke.

And Trader Joes!! When you’re not from LA, you never get over how awesome TJ’s is! Quarantine has been good for my creative cooking skills. The secret is just add parmesan and black pepper to everything. I swear it can make even cardboard taste great. I did cook a pizza once with the cardboard still on the bottom and we tried to eat it. Yeah, steep learning curve for my cooking skills, this quarantine!

What I don’t like: right now the pollution, the litter on the beaches and the obvious growing problem of climate change and global warming as seen in the horrific California fires which are just getting worse every year. This is everyone’s problem and we all need to get on board before it’s too late. I’m reading Jane Fonda’s book ‘What Can I Do?’ and it’s so eye-opening. What a woman! (Again an older female role model) Whatever side of the fence you’re on, climate change is happening.  We all need to know about the Green New Deal and come together before it’s too late. 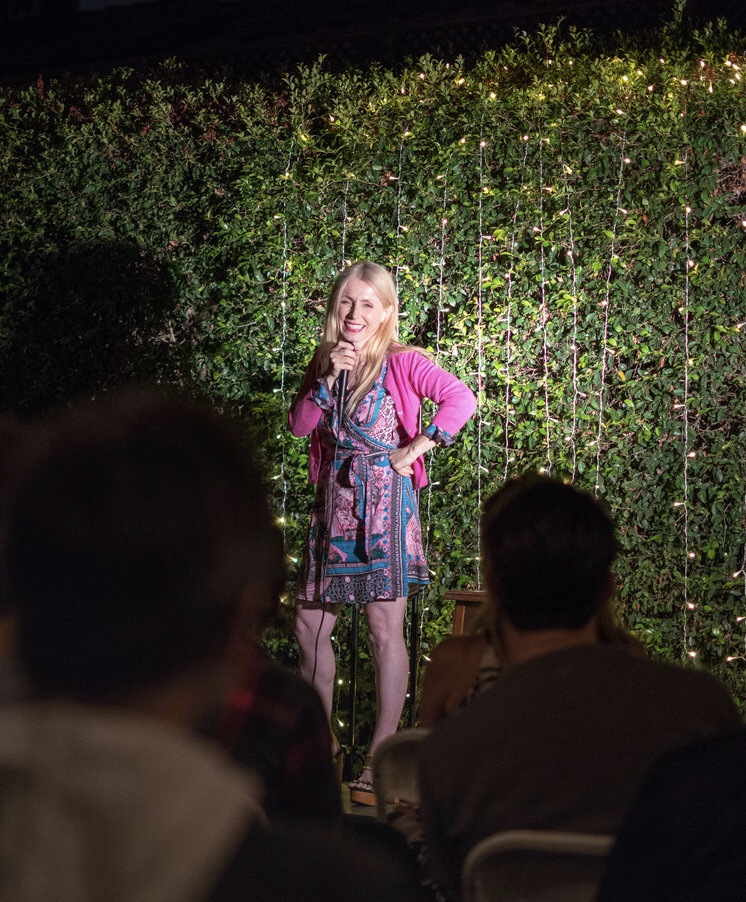 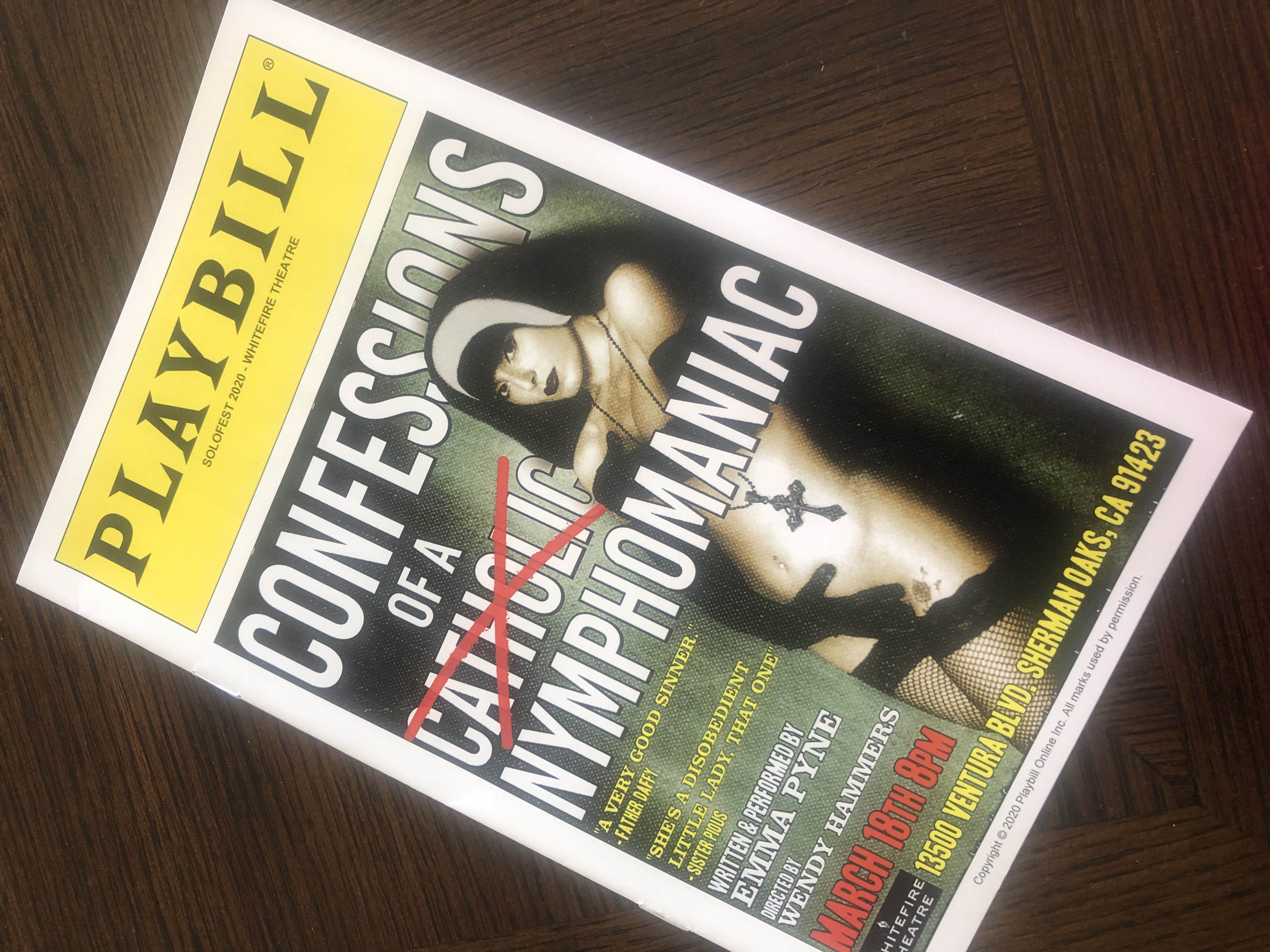 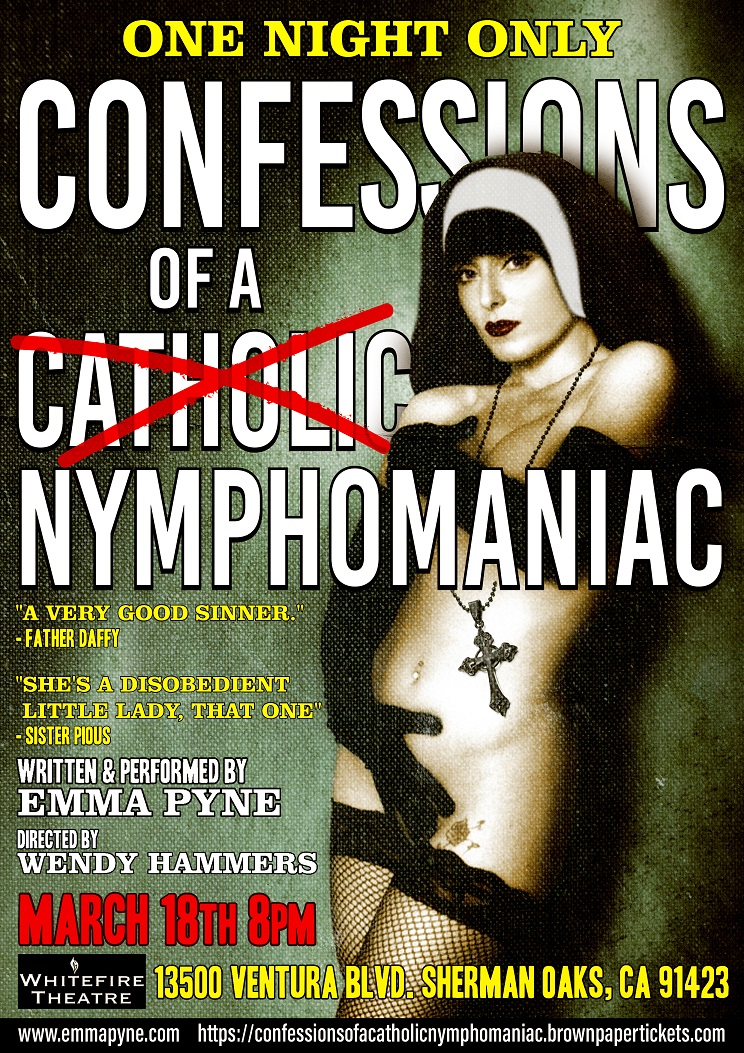 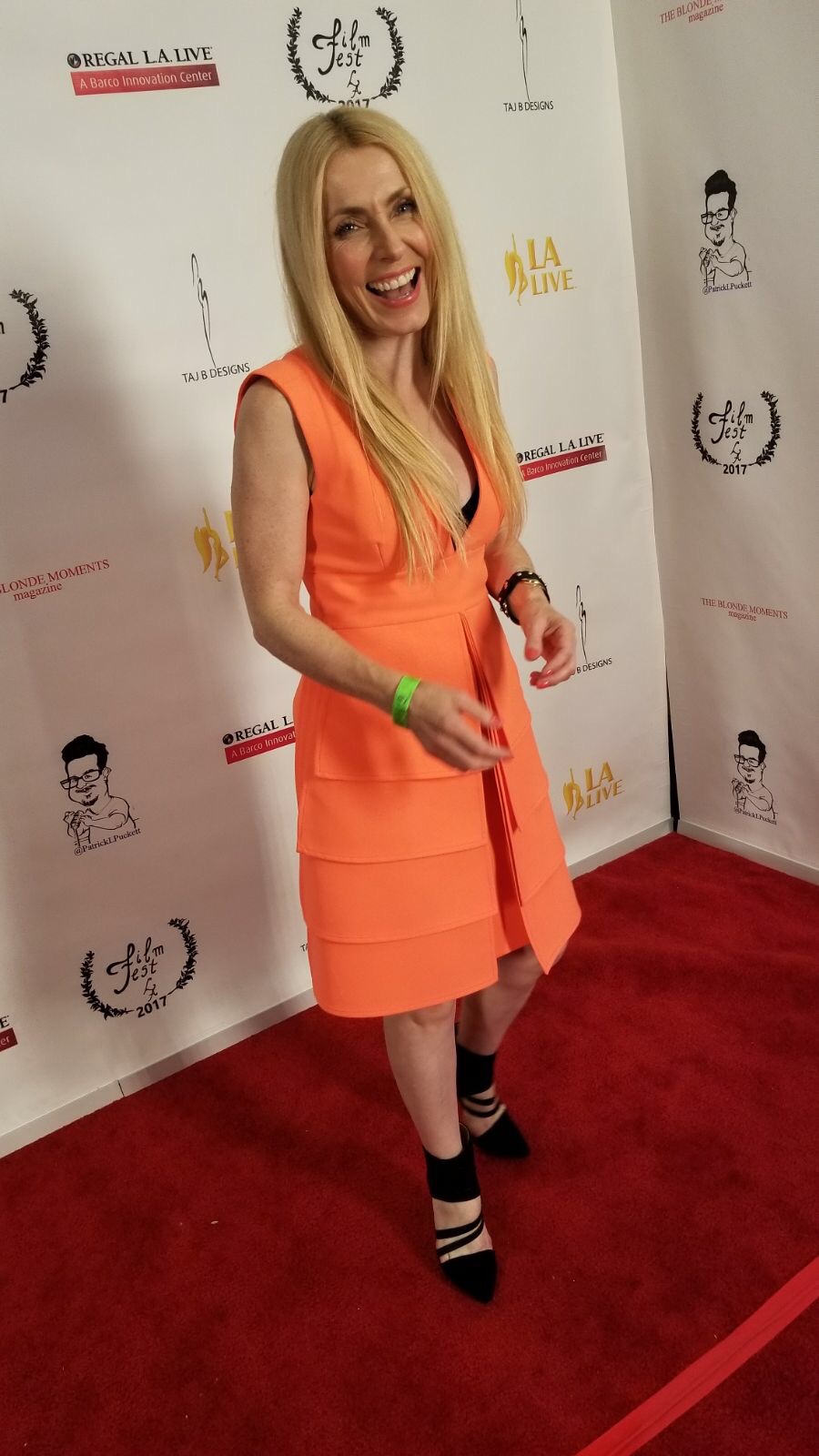 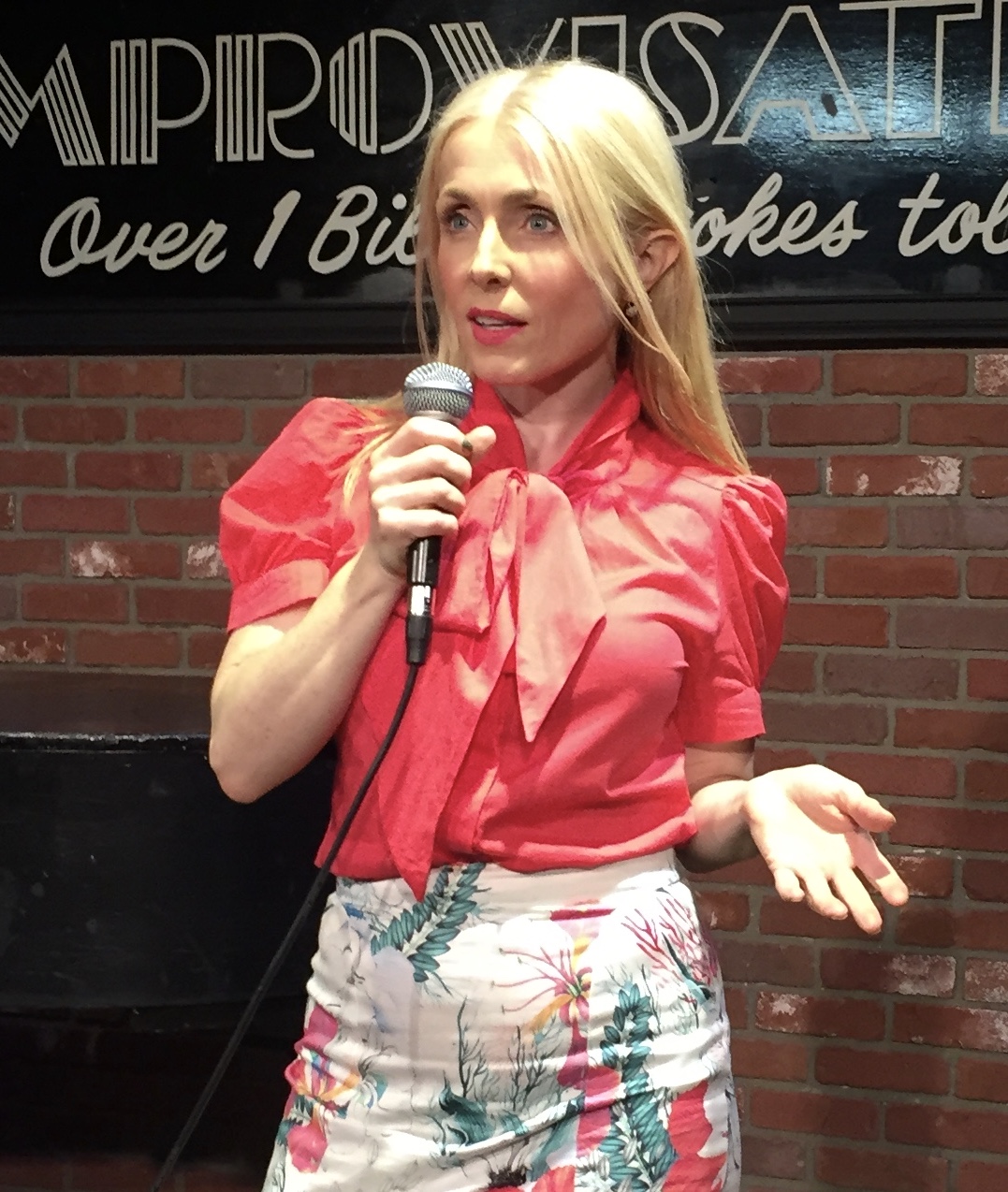 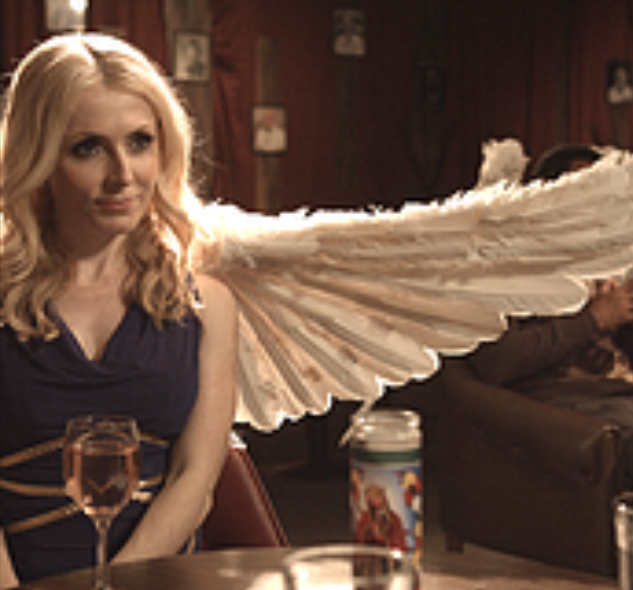 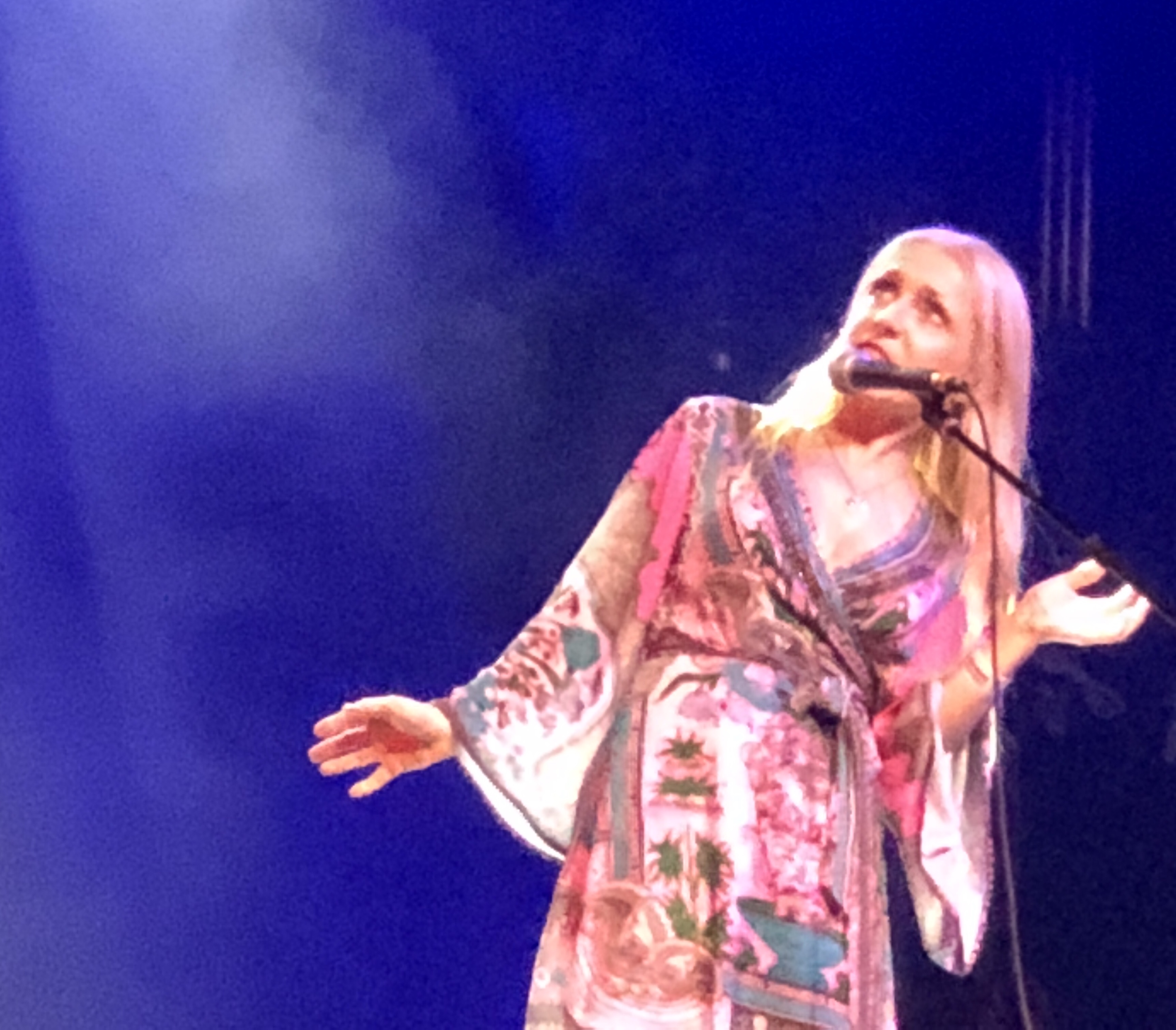 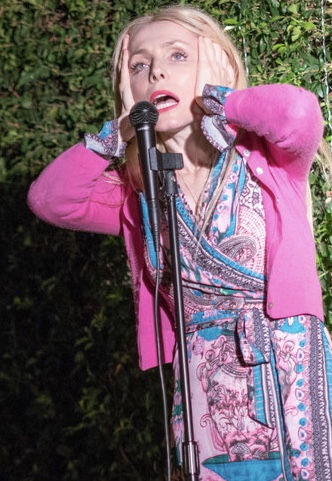