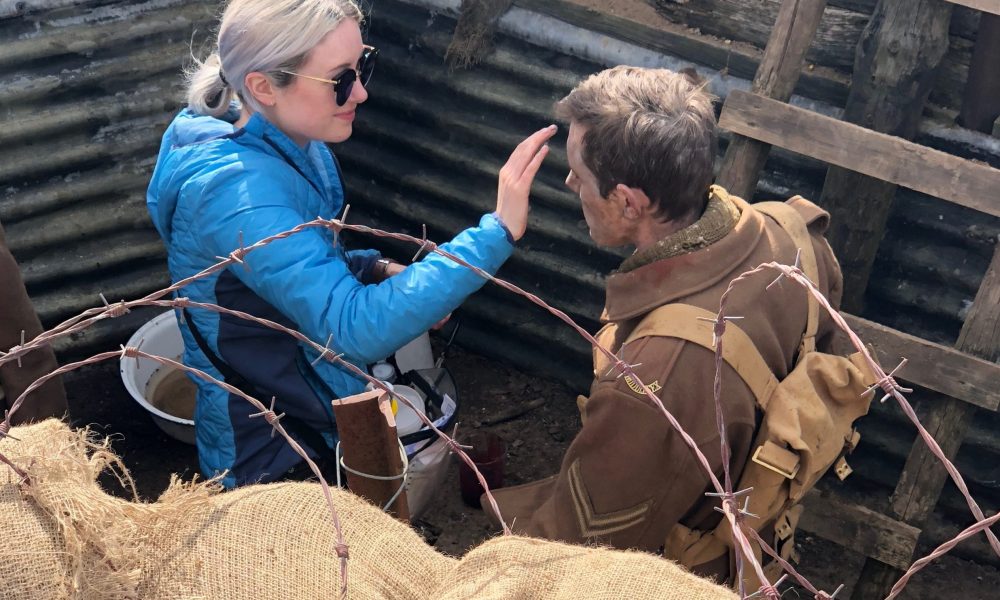 Today we’d like to introduce you to Emma Croft.

Emma, let’s start with your story. We’d love to hear how you got started and how the journey has been so far.
I’m originally from London, UK and moved to Los Angeles in May 2018 to be where all the buzz of the film industry is. I’ve been working full-time as a film/TV hair & makeup artist for eight years and in the UK was doing a lot of scripted comedy for TV and gritty British dramas. I loved what I was doing there but I wanted to think long-term about my career, what kind of projects do I like working on? Where do I want my career (and life) to be situated? Where can I earn the most money doing this job? Working in the US on American productions ticked all of these boxes; I’ve always loved watching American TV much more than British shows, I love the sun and being outdoors (two rare commodities in the UK) and I discovered that Makeup Artists in Los Angeles can earn 3x as much as those in the UK. But mainly I just wanted to experience something new and have an adventure with my partner of nine years Max Fowler, a film/TV actor – we moved here together. I’ve been obsessed with California since I was 14 when my family would take trips exploring up and down the state. America really is such a special place.

Having the idea to move to the States and actually doing it are two very different things. Getting a visa to work here was a long, stressful and expensive process, it took two years and lots of support from producers and directors I’d worked within the UK to make it happen. They really don’t make it easy to emigrate here, but I guess that has to be the case or the country would be massively over-populated. I just count myself lucky that I’m able to live and work here and be a part of the amazing community of creatives that call LA home.

Great, so let’s dig a little deeper into the story – has it been an easy path overall and if not, what were the challenges you’ve had to overcome?
The road to being a makeup artist in this industry has been a series of ups and downs, busy spells and quiet spells, calm and stressful. You really do get the whole range, but that’s what I love about it. You often get thrown crazy requests at the last minute by directors and you have to think fast to find a solution. In the film/TV industry there really is no alternative; you either find a solution or you risk ruining your connections and possibly the whole production. But there’s nothing quite like the feeling of creating something amazing for the screen, especially when you’ve had to work your ass off for it.

Please tell us more about your work. What do you do? What do you specialize in? What sets you apart from competition?
I work predominantly as a hair & makeup dept head/designer for film & TV, which means I’m responsible for deciding (with the director & costume designer) how each character is going to look, sourcing products to create each look, bringing in a team of artists, applying the makeup to the actors, making sure continuity is being followed meticulously, and problem-solving. Lots and lots of problem-solving. I’m fully trained in all areas of makeup from beauty & airbrush to prosthetics and blood gags. I am also a trained barber and specialize in period hair. Having all these skills means I often get booked to work on productions with ‘normal’ characters as well as ones that might get gnarly injuries or turn into zombies. Or a period film where I can head both the hair and makeup dept and be able to design and create intricate, historically-accurate looks for the characters.

What moment in your career do you look back most fondly on?
One of my proudest moments was walking into the 2017 UK Music Video Awards at the Camden Roundhouse in London, where I was nominated for an award. Seeing the scale of the awards ceremony and realizing that I had been nominated alongside makeup artists that created looks for Beyonce, Kendrick Lamar & Ed Sheeran videos, was mind-boggling. I’d spent my whole career up until that moment going from job to job (or ‘plodding along’ as I call it) without really stopping to look at how far I’d come. I didn’t win but I felt so honored to be a part of such a special event.

Shortly after I moved to LA I found out I’d also been nominated at the 2018 UK Music Video Awards for a video I did for Years & Years. I didn’t make it back to London for the ceremony which was a shame because I did win that one (!) Another very proud moment of my career. I never aspired to be an ‘award winner’; I just wanted to make a living doing this job. But these experiences are teaching me it’s ok to aim high and have big goals because damn do they feel good! 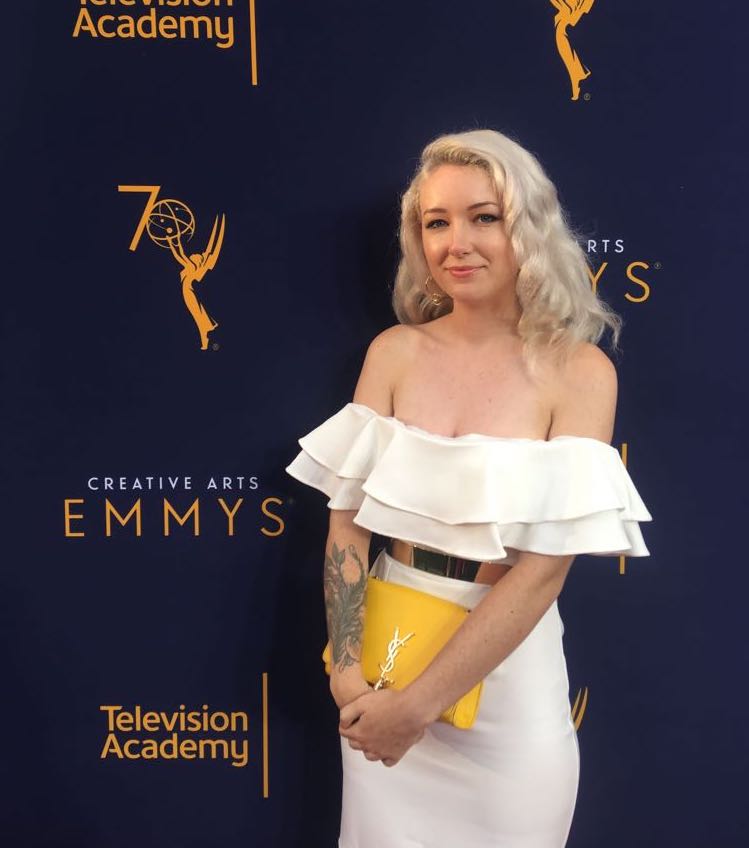 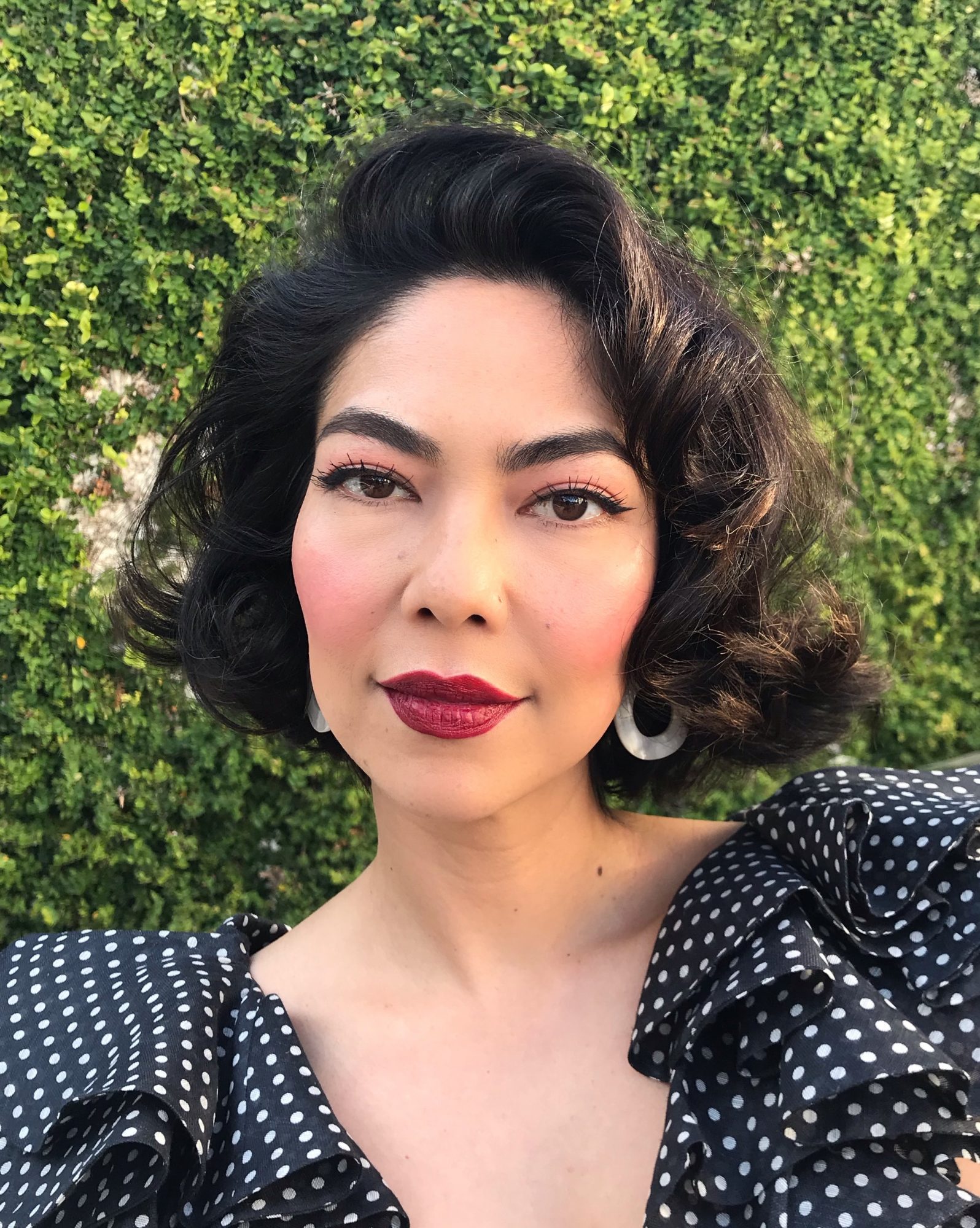 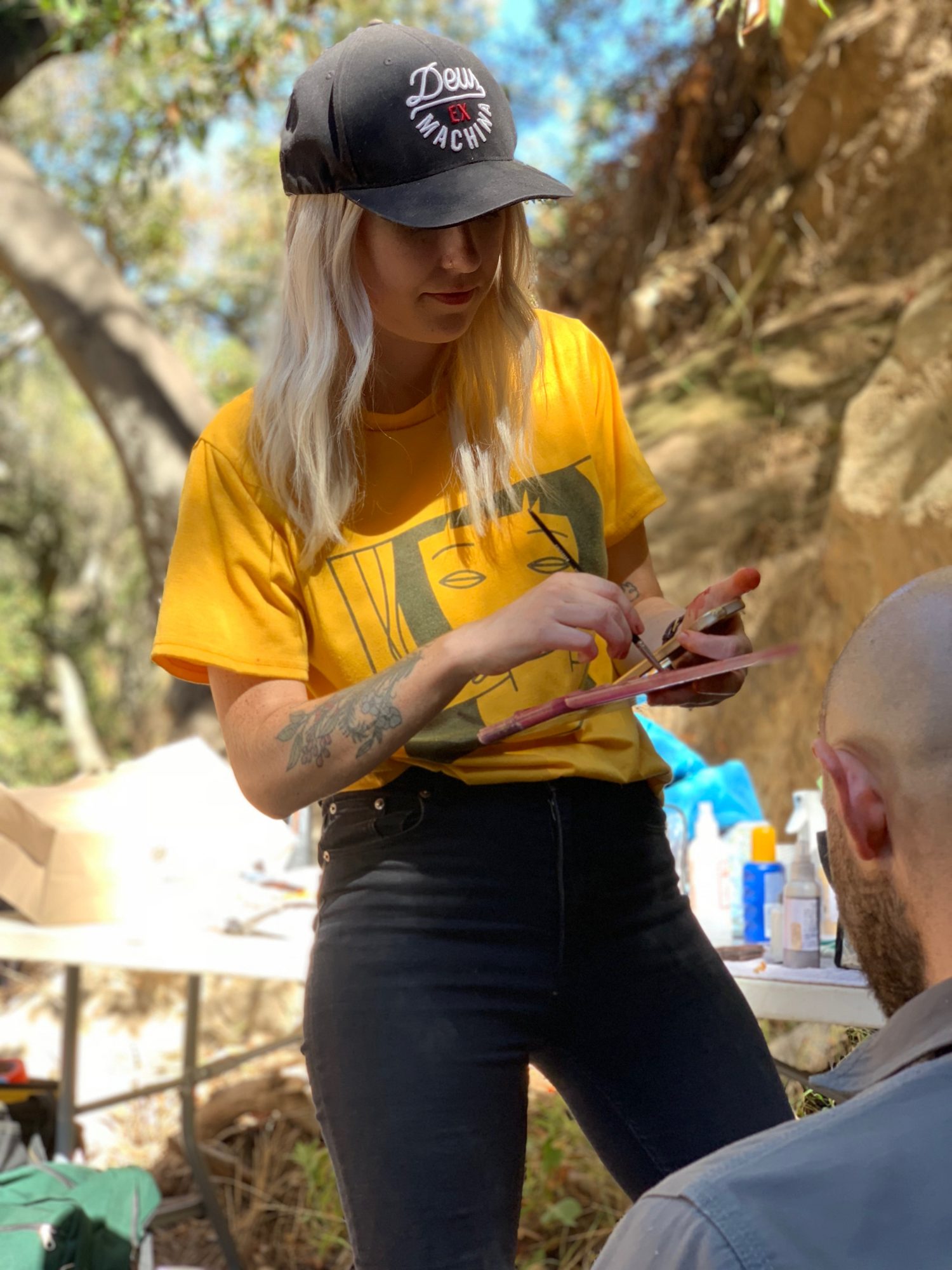 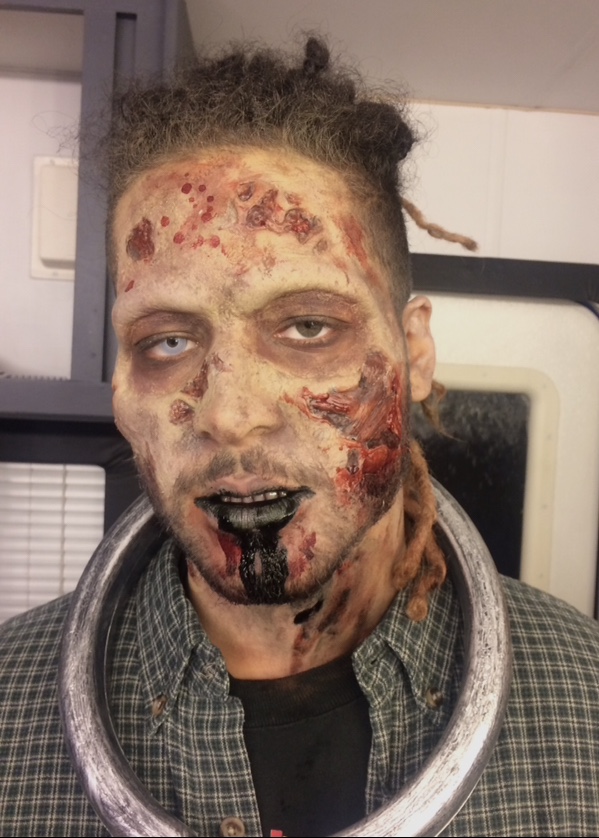 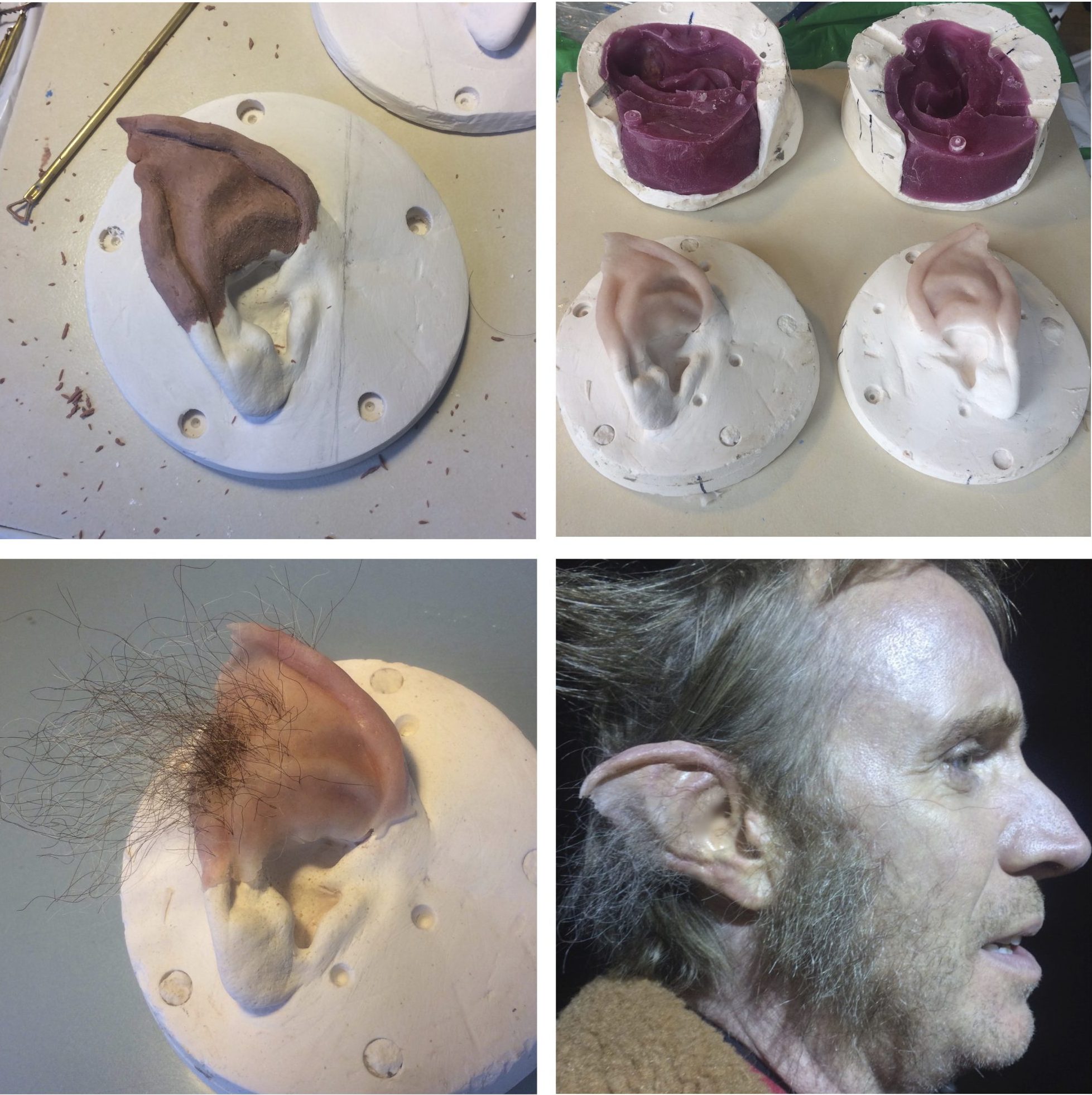