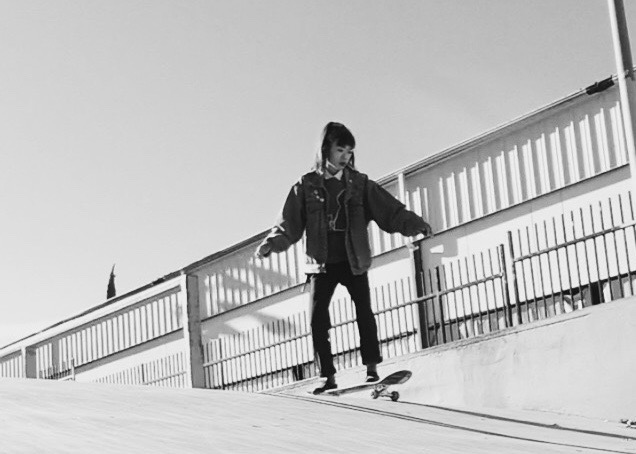 Today we’d like to introduce you to Emily Tseng.

So, before we jump into specific questions about the business, why don’t you give us some details about you and your story.
I’ve been drawing since I was little. I always felt like it was the only thing I was good at – I never played sports in school and was an average student who didn’t live up to stereotypical Asian standards. As an adult, I opened myself up to other interests, such as playing bass and skateboarding – both I enjoy doing, but art is the one thing that I’ve really spent years practicing and developing my own style.

Right after high school, I went to California College of the Arts, majoring in illustration, but dropped out early into the second semester because of personal battles. This was a little over ten years ago, so a lot of things have happened since then. At one point I changed my major completely, and decided I wanted to do something that I cared about but was also practical – I started the veterinary technician program at my local community college.

As much as I enjoyed working with animals and learning about their behavior, it was challenging to transition from a background in the arts to something that was scientific. I also felt out of place with my classmates, many who grew up on farms and owned horses and participated in rodeos. As I got further into the program, all I really felt like doing was drawing.

I tried my best to combine both worlds; I would make scientific illustrations to help myself study – but eventually, I decided that art was still something I wanted to pursue and dropped out of the program.

Has it been a smooth road?
My main struggle is very much myself. No matter where I go, a part of me still feels like the 12-year-old Asian kid with a roller backpack and no friends.

Pushing myself to get my art out into public spaces always comes with some internal dialogue about me being a random Asian girl from the San Gabriel Valley – who cares about what I have to say and what I create?

I also feel like I would have gotten further if I didn’t struggle so much with mental health, but that’s life, and I’m still alive and trying.

We’d love to hear more about what you do.
Most people know me for the illustrations I do where I include both a visual and a written part about an experience I had. I’ve received kind messages from people over the years, thanking me for being vulnerable and for talking about things that typically remain unsaid. But honestly, I’m definitely not the first to create art about childhood trauma, eating disorders, mental health, etc.

I do what I do because, as someone who’s incredibly sensitive and absorbs everything in their environment, I feel like my drawings are the only place where my thoughts aren’t too much. It’s also a way for me to cope with the fear of being unseen. For example, the drawings I create about the trauma I experienced as a kid – they’re a way for me to make up for being unprotected by the police and social workers years ago.

Is our city a good place to do what you do?
I grew up in Los Angeles County but didn’t move to my current neighborhood until about two years ago. For the most part, I enjoy it, but I also haven’t lived anywhere else long enough. Sometimes it feels bizarre living in a city where everyone wants to be someone/something.

And I mean, I do it too, I worry about never getting recognition for my art – and I sometimes stop to wonder if I’m actually being kind to myself and the people around me. Overall, the stereotypes are true, but there are so many other aspects of Los Angeles to appreciate. 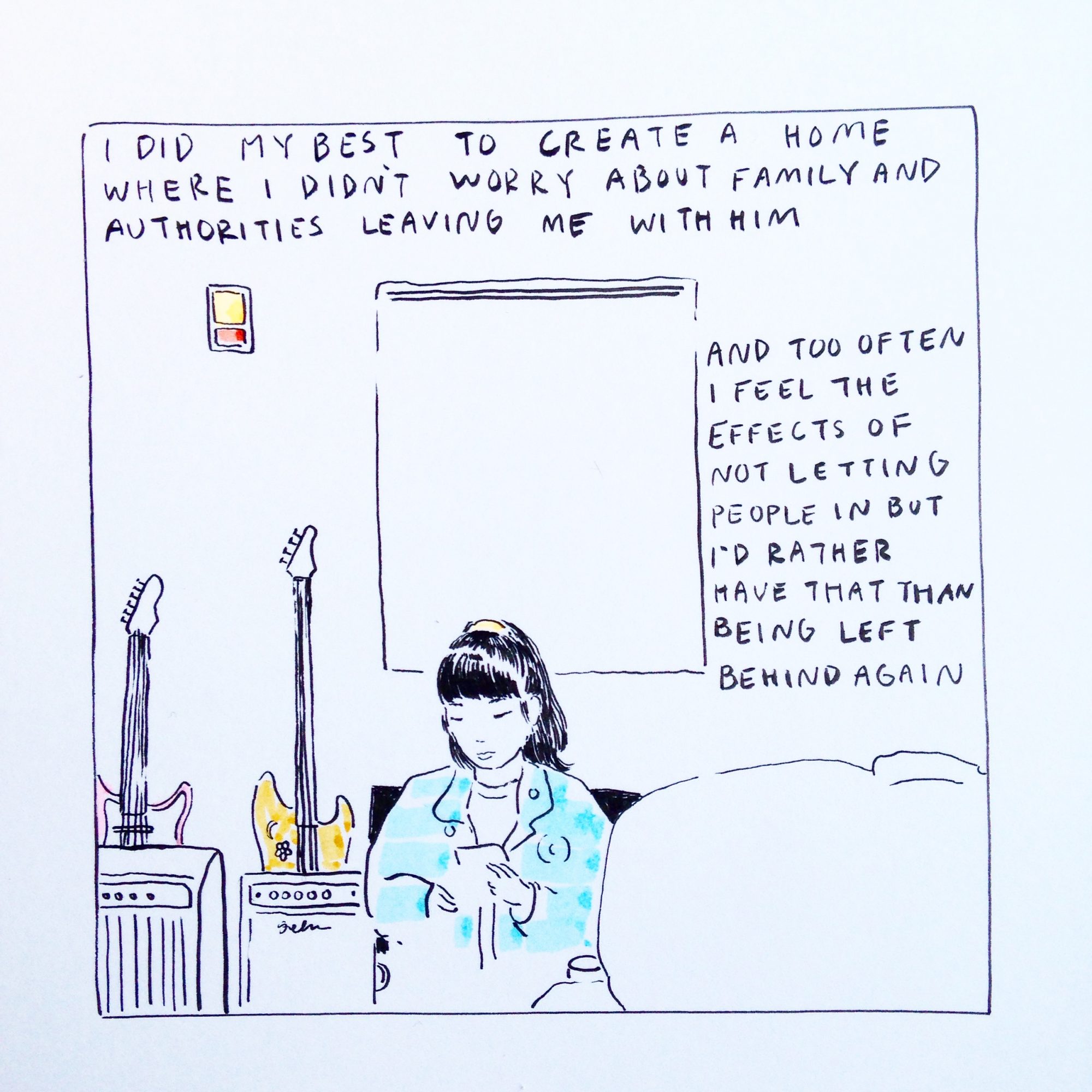 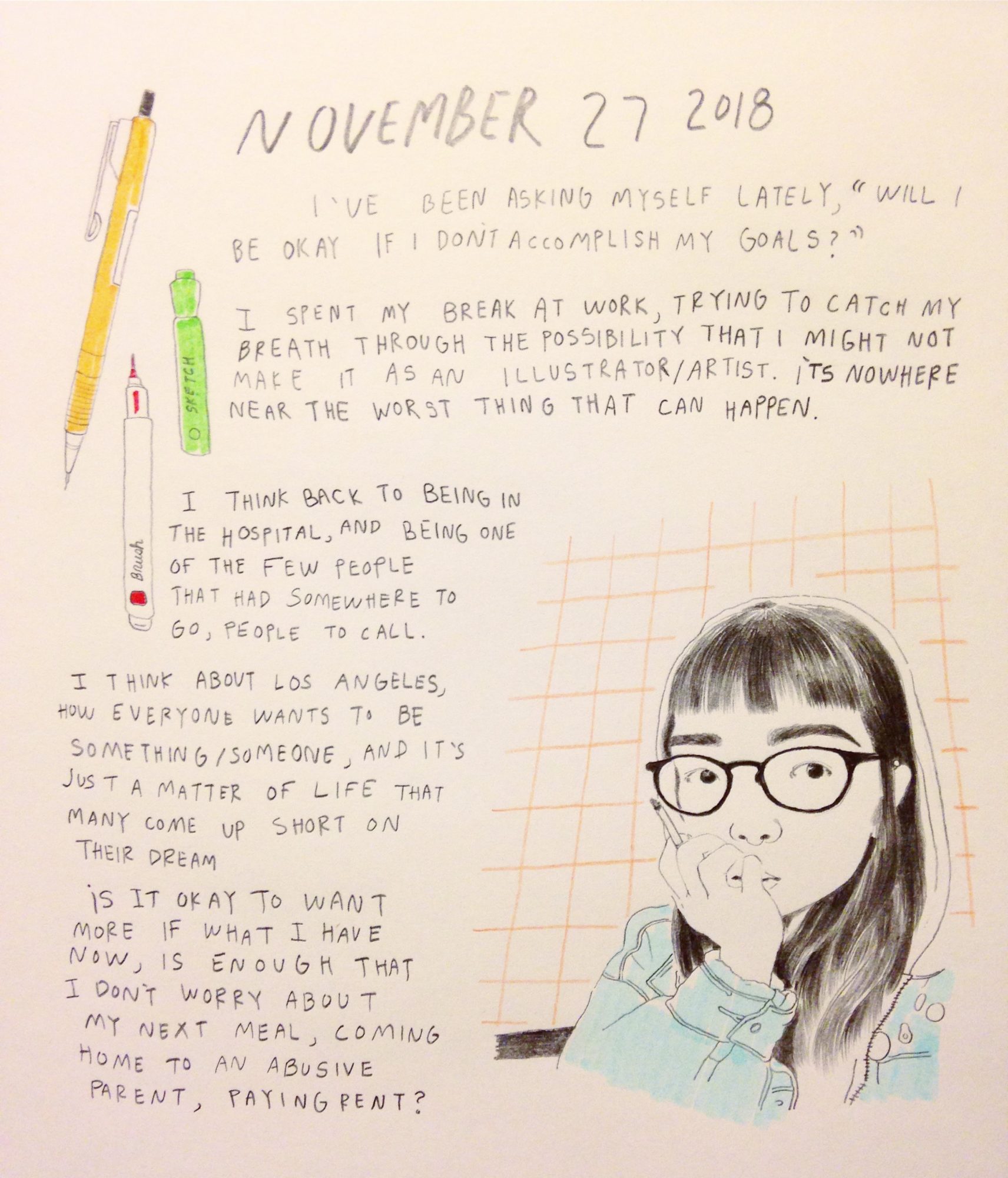 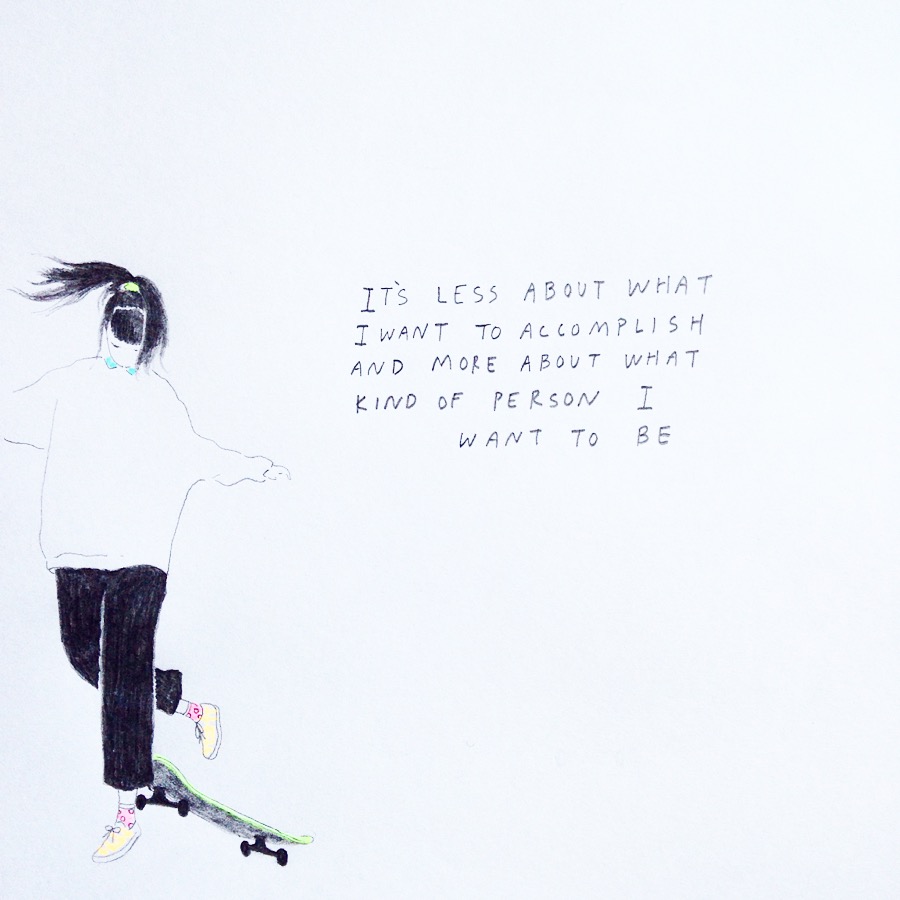 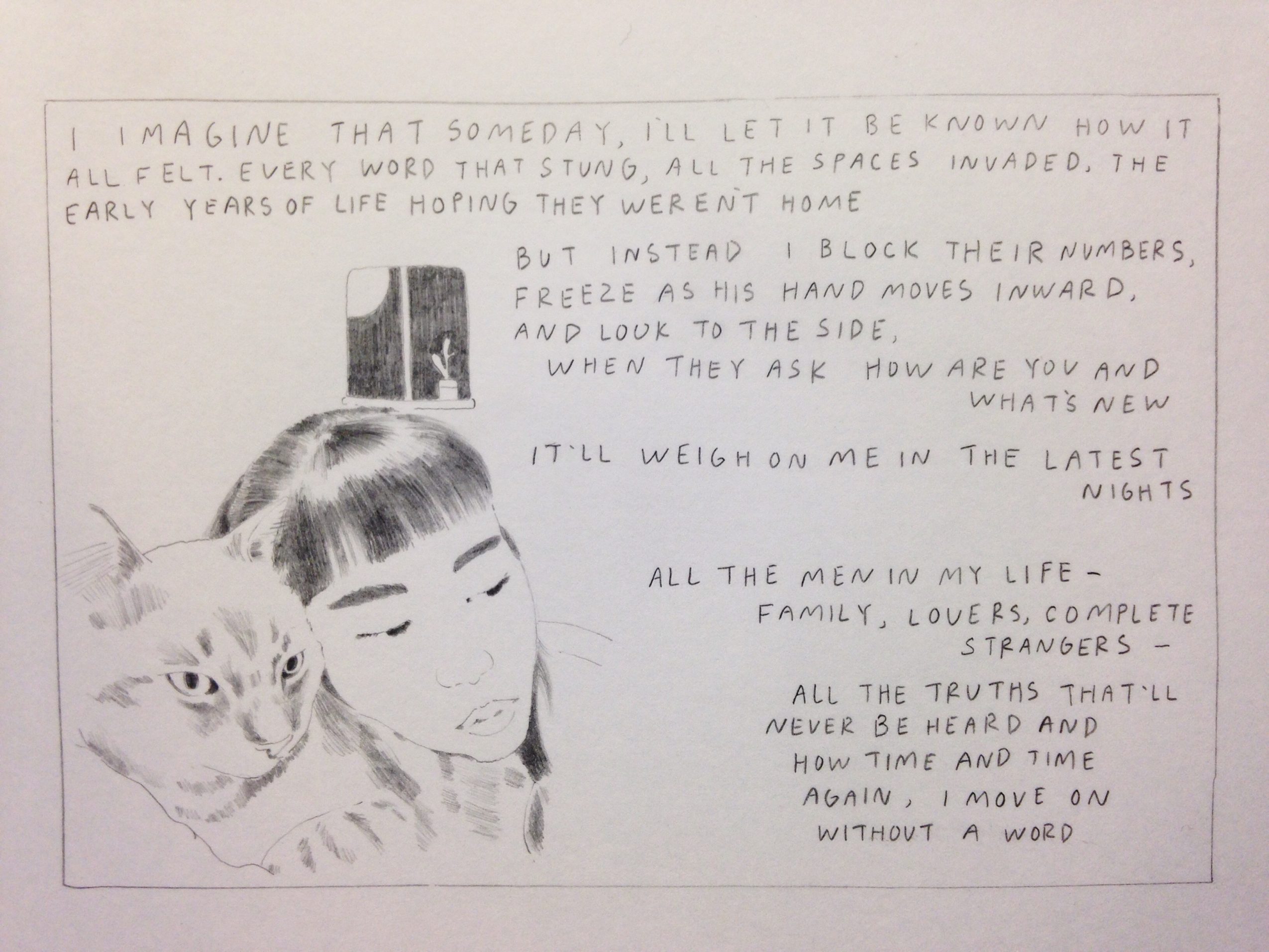 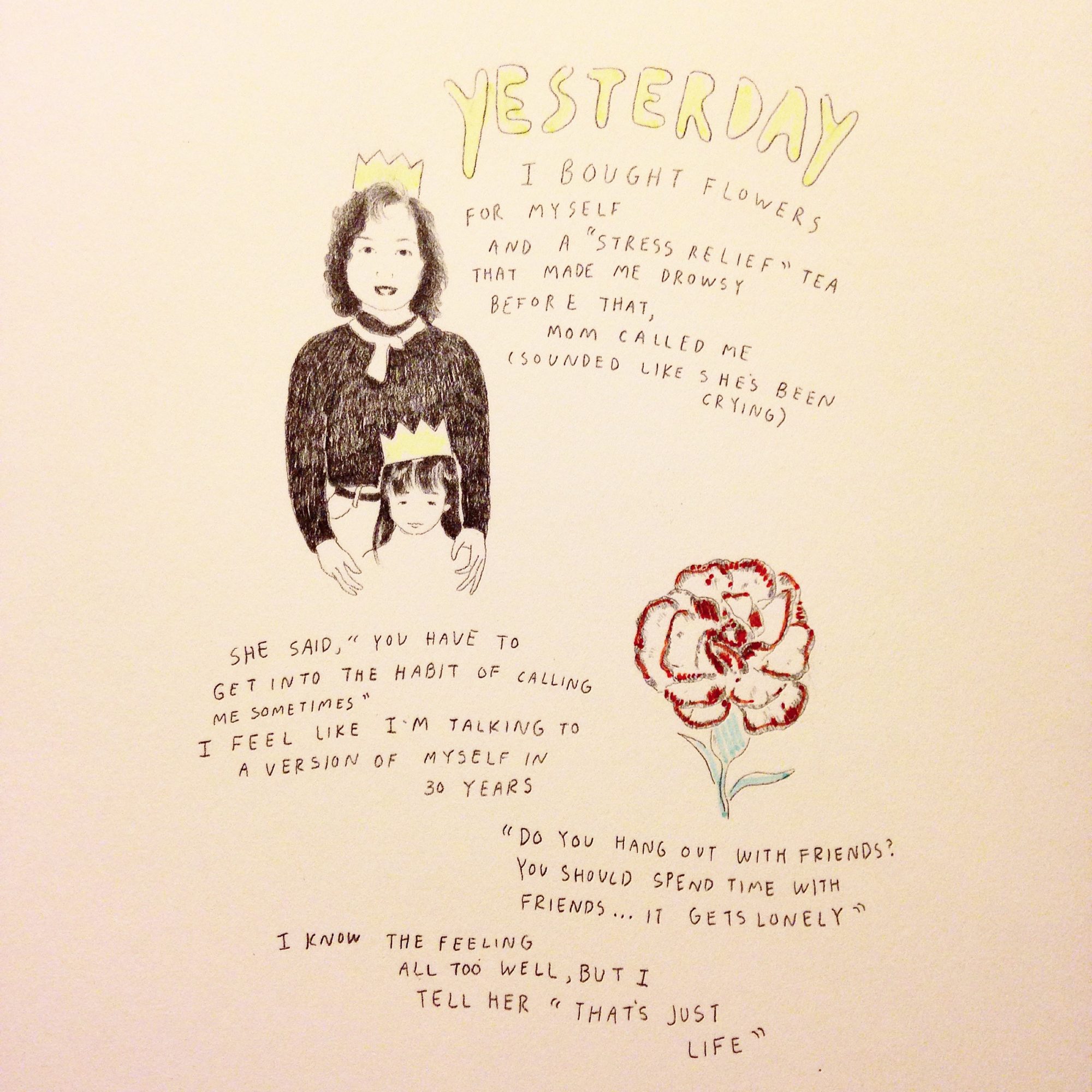 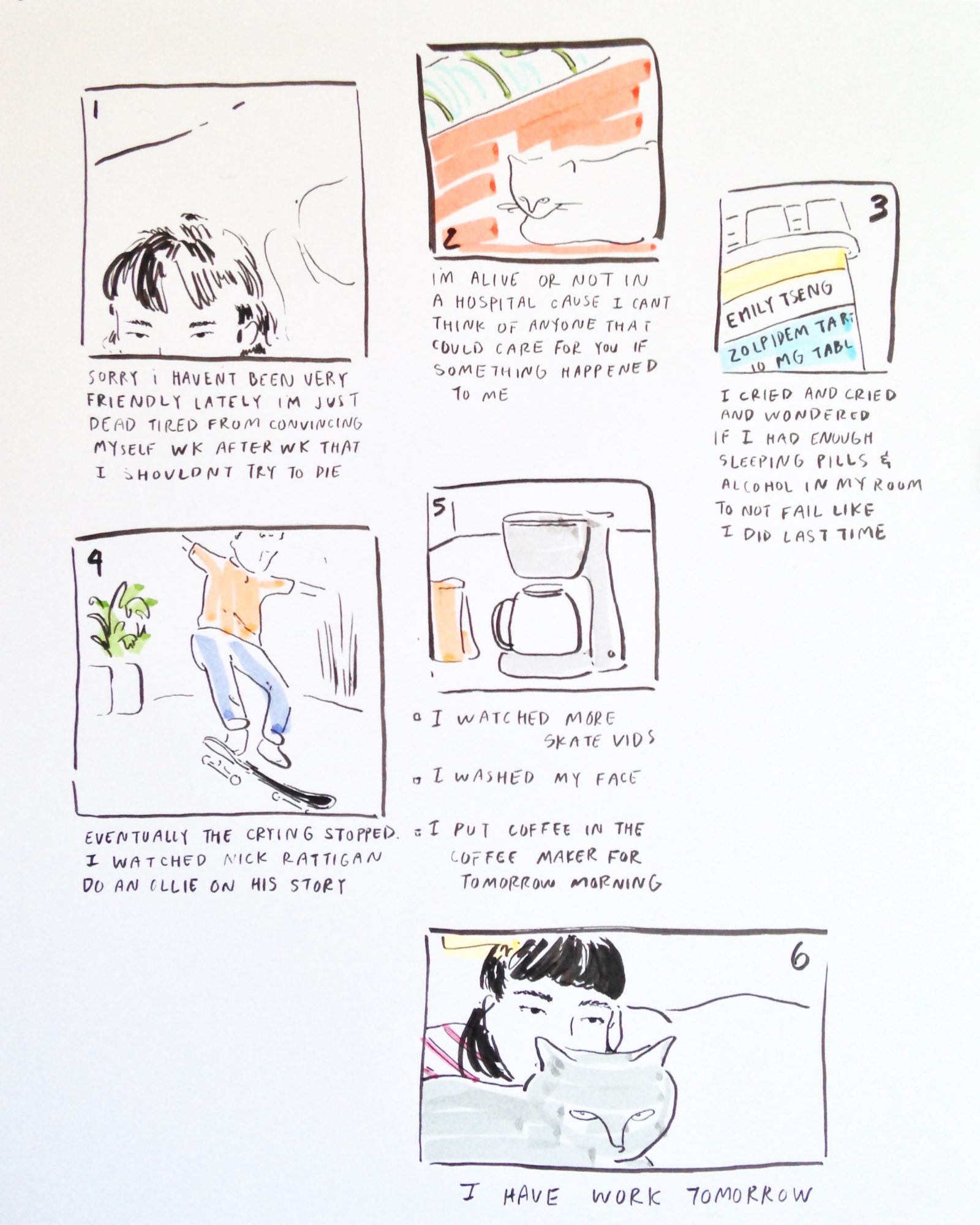 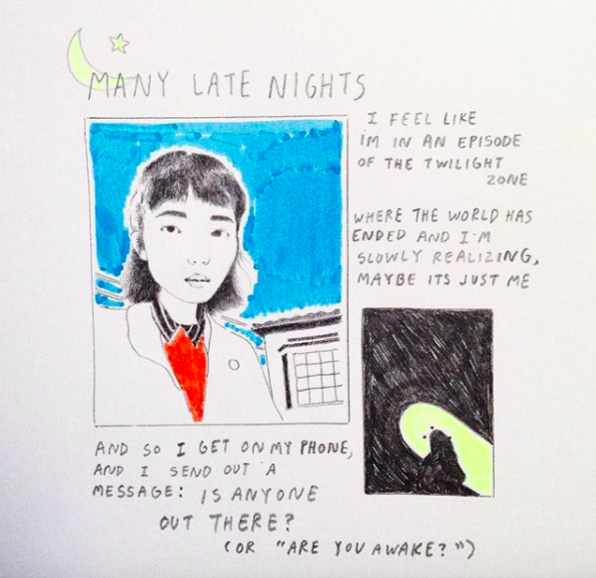