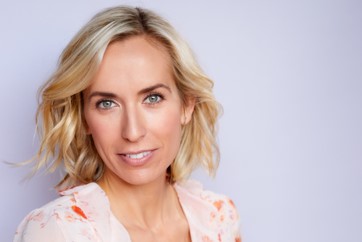 Today we’d like to introduce you to Emily Nicole Hansen.

Emily, can you briefly walk us through your story – how you started and how you got to where you are today.
I grew up performing in Tucson, Arizona. Dancing, singing, and acting. I knew it was something I wanted to do as a career, but I had no idea how to make that happen. That dream felt so far away. I was accepted into a New York City acting summer program during my senior year of high school.

I was all signed up to go to the University of Arizona with a full academic scholarship, so NYC was meant only to be a graduation gift. But the moment I stepped foot in New York, I knew there was no going back for me. The pulse of that city was unlike anything I had ever experienced. Everyone walked fast – like me! Everyone was there trying to make something happen – like me! People were loud, blunt, unique and from all over the world.

So I stayed and started training at The New York Conservatory for Dramatic Arts. I then continued training at The Upright Citizens Brigade, Kimball Studio, and The Barrow Group. Now that I’m in Los Angeles I train at The BGB Studio. I am not in class. To me, it’s my Gold’s Gym. If I want muscles like Arnold, I need to make sure that my instrument is getting a good workout.

New York City taught me a lot about myself and the business. I navigated the city living in nine different apartments in nine years, the last one with no window in my room which I called fondly the “panic room.” I had the opportunity to be in some great off-broadway plays, sketch, and improv shows a few TV shows and had a scene with Winona Ryder and Peter Sarsgaard (he’s the BEST) in an indie film called Experimenter.

I wrote comedy shorts and enlisted my friends to help me create them. After nine years though, I got to a point where I didn’t see my future in New York. I felt like I had really lived the New York experience and I was ready to take on a sunnier lifestyle. So with only a sublet set up, I moved to Los Angeles in the fall of 2016. Moving to Los Angeles was a shock, as much as I loved it.

Things move at a different pace here. You have a car. You don’t have to deal with harsh weather. There isn’t a bouncer just to get into Trader Joes. I think what I didn’t expect would be the biggest adjustment was not being around people. You can’t escape that energy of people in NYC. I still can feel very lonely out here because I was around that energy for nine years. That’s my normal.

Starting over in a new city hasn’t been easy, but I truly love Los Angeles and the community I am building out here. There really is so much to discover, you just need to seek it out. Each neighborhood has its own charm. I always dreamed of living in California as a desert kid, and I finally made it!

Has it been a smooth road?
I’ve learned that everyone’s path is different and if you try to follow someone else’s, you are bound to be disappointed. I think the biggest take away from pursuing this actor’s path for 12 years is that as the artist it is not my job to decide what the people respond to. My job is to create. Thats really helped take the pressure off, and I have had more ownership of what I bring to every set, audition and acting class.

I think the most important thing to do as an actor is to create and not wait for the opportunities to come to you. I was told by agents and casting directors when I first moved to New York, “You don’t have a comedic look.” I said, “I’ll show you then.” I started writing and producing comedy shorts and a web series that I put up on my YouTube Channel.

I continue to produce my own work and feel very empowered by it. Now there is no question of what I do because I’m out there showing you.

We’d love to hear more about what you do.
My mission as an artist is to expand minds and open hearts. People want to feel connected to each other. That’s why they go to the movies, watch a dance performance, read a book. We want to know we are not alone with all these feelings. I believe when we share our vulnerability fully, we encourage others to share themselves as well.

Life is comedy and drama, so I am drawn to art that reflects that. I love a good laugh during a funeral scene or a good cry during a silly musical. When I write there is always something I am wanting to say that I feel that isn’t being said. I try to bring out the broken in the put-together characters and the ugly out of the beautiful characters.

I strive with every character I play to honor their truth without judgment and surprise myself with how I connect to each one. I love collaborating. That’s what I love most about this business. All these minds coming together to create something special. Whether it’s in front of the camera or behind, I love being about to contribute my piece to the puzzle.

Is our city a good place to do what you do?
Los Angeles is a great place to be an actor! There is so much talent all around you and so many people who are hungry to create. I’ve had the pleasure of expanding my role as a creative since moving here. A dear friend gave me some great advice when I moved to LA. He said that everyone has time where they are between projects, even Steven Spielberg.

So you need to catch someone in that in between and present an opportunity to do something creative that they may not normally get paid to do. I co-wrote a short film, Broad Daylight, that I was able to make on a limited budget because my writing partner and I found people who were just as invested as we were in making it a great film!

I would recommend starting out as an actor in either a smaller market like Atlanta, to build credits and a reel, or New York City, for learning your craft. In Los Angeles, you can get easily lost if you don’t have a solid foundation in who you are and what you bring to the table. But again nobody knows nothing. You do you. 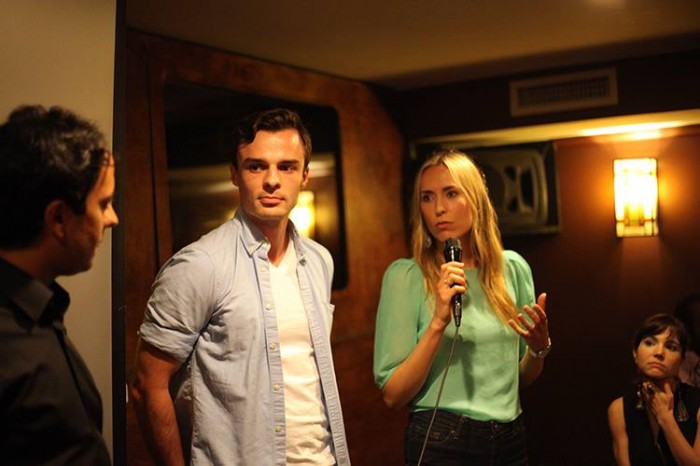 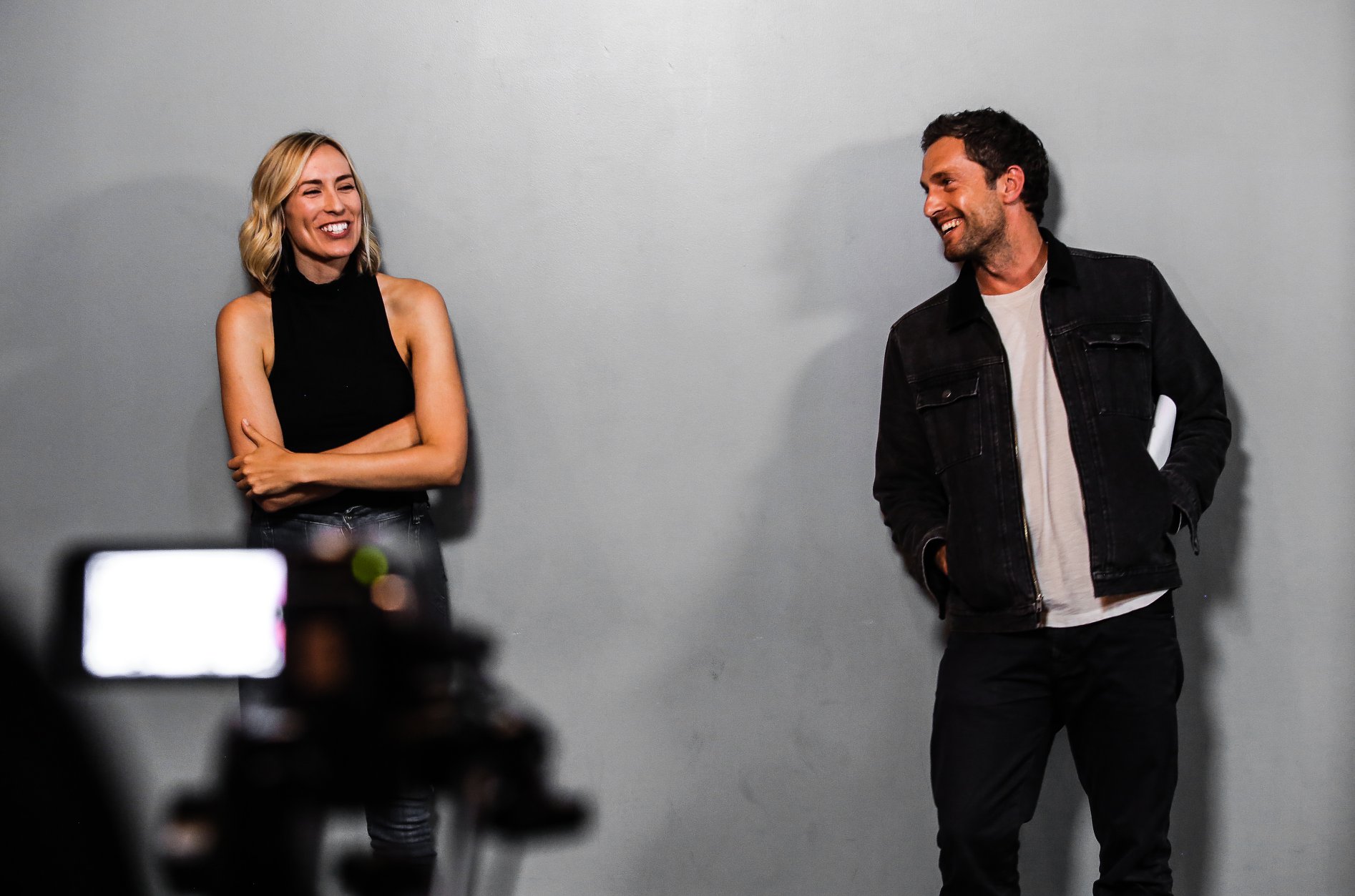 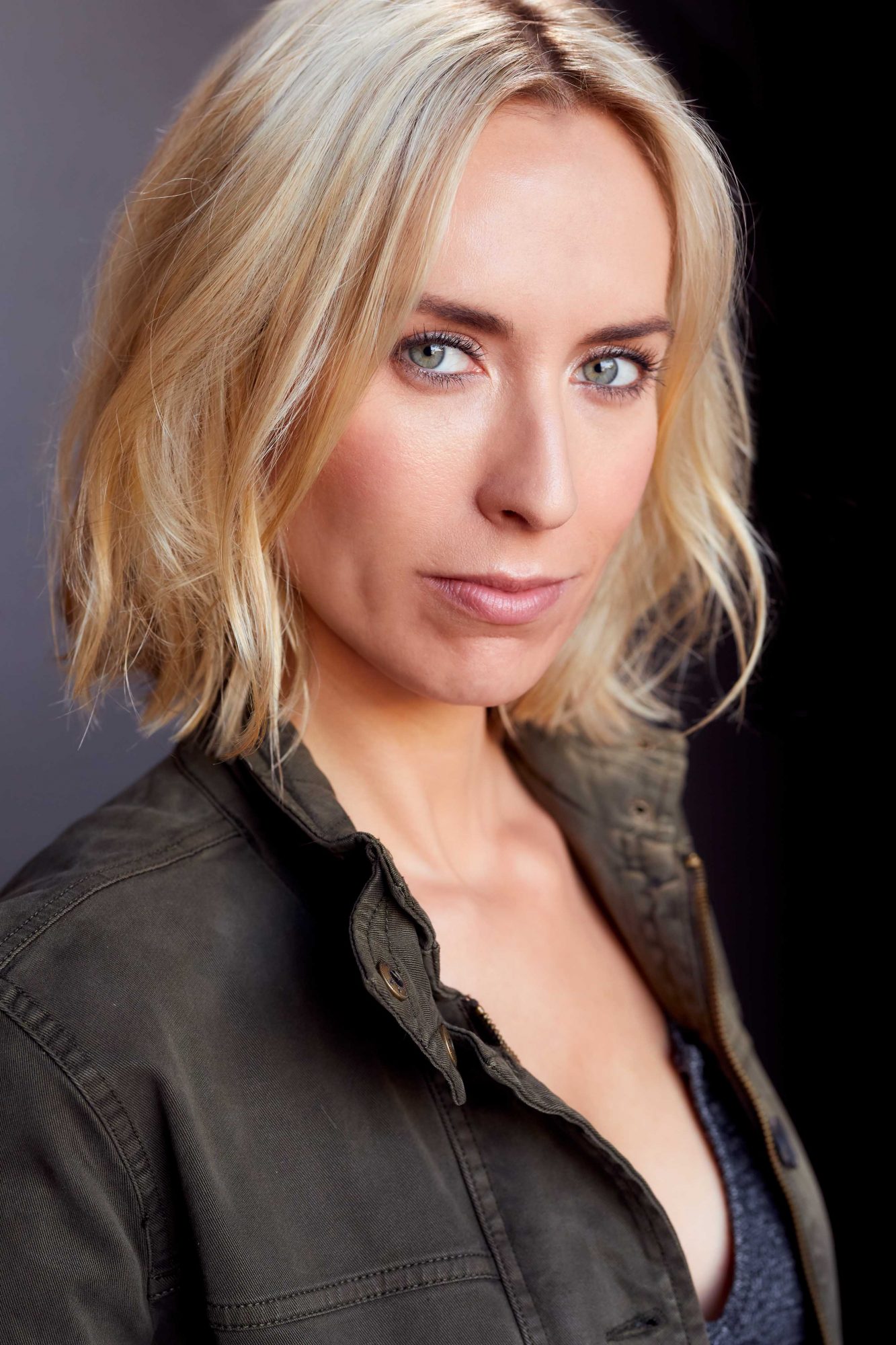 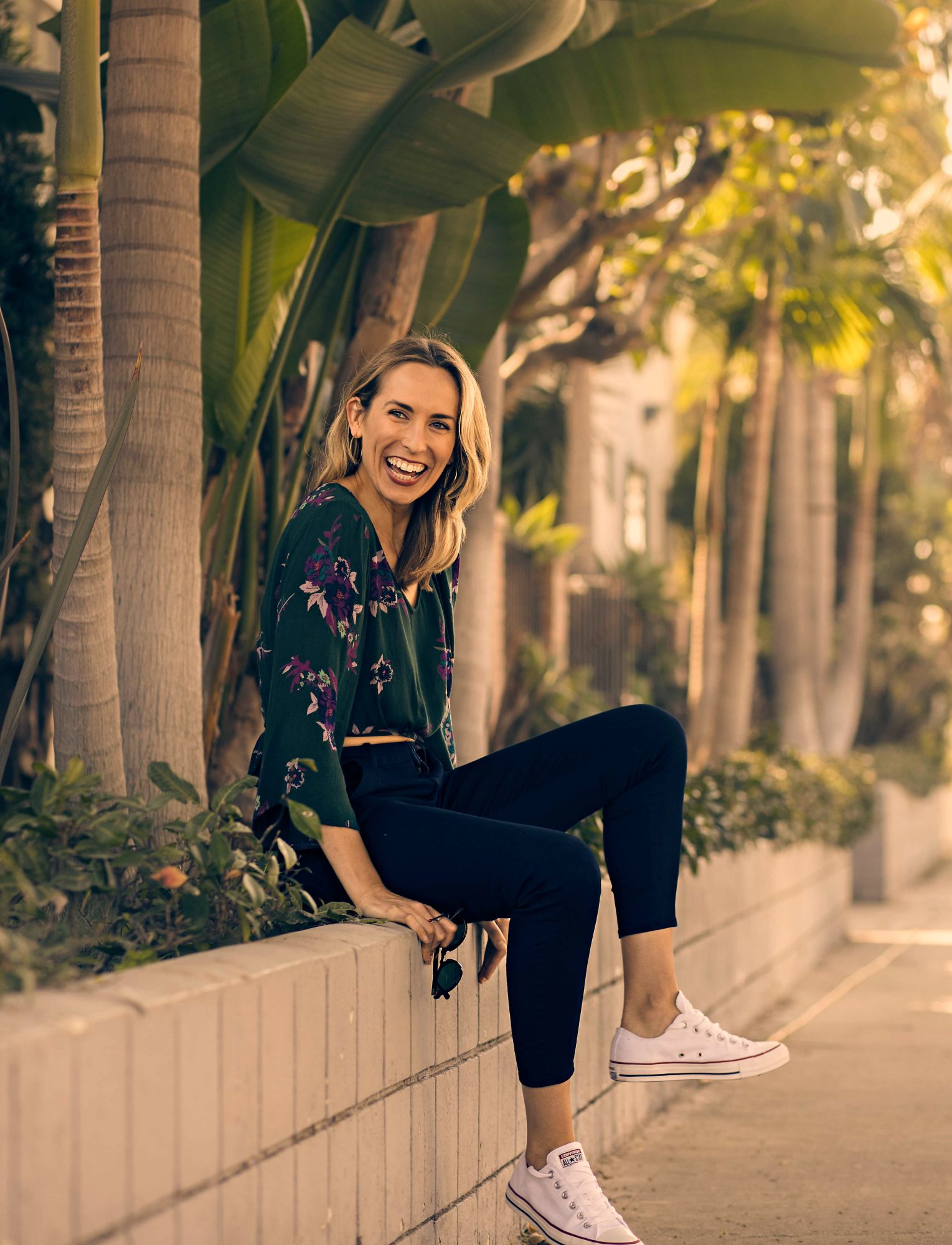 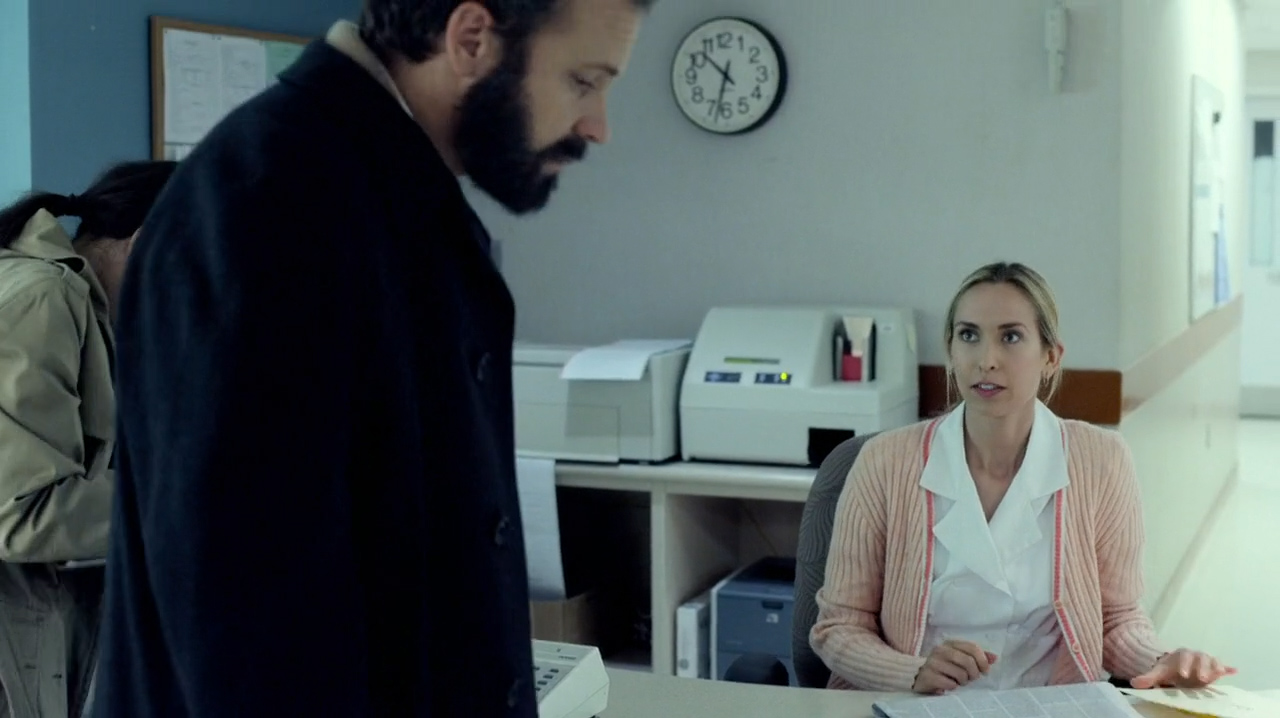 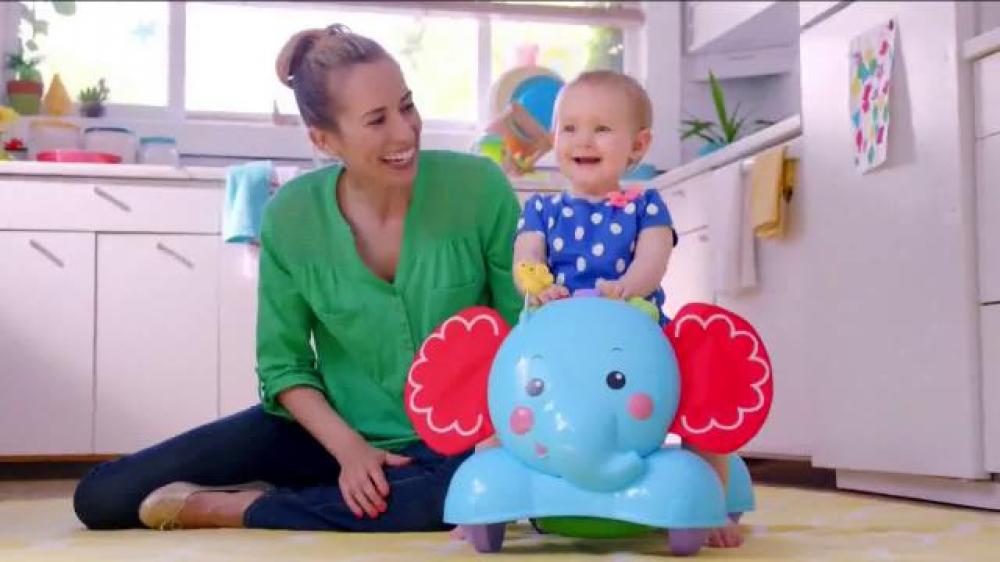 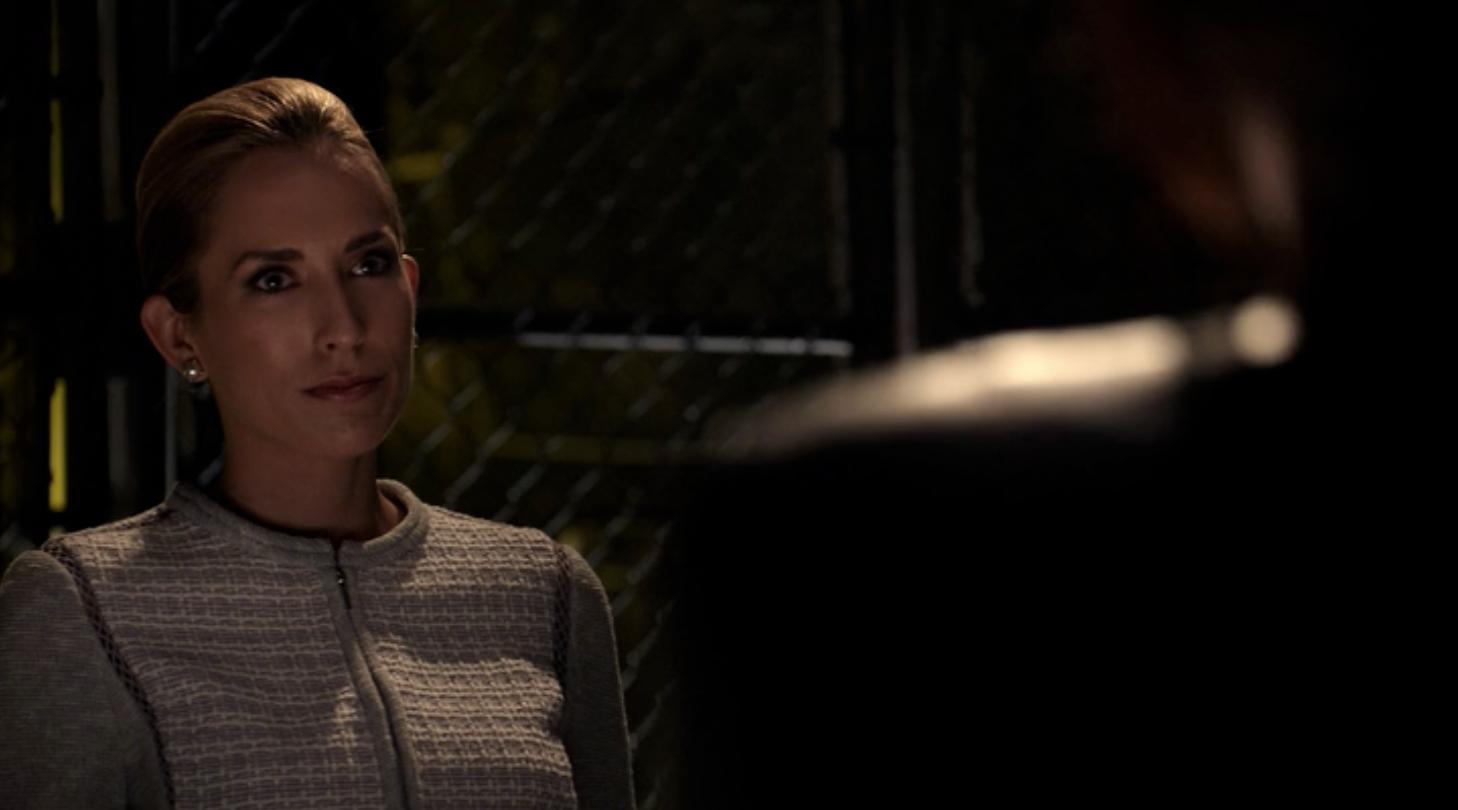